Traci Braxton, the sister of singer Toni Braxton and star of the family reality TV show Braxton Family Values, has passed away. Her family shared information that she was sick and had been battling cancer in the esophagus.

"It is with the utmost regret that we inform you of the passing of our sister, Traci. Needless to say, she was a bright light, a wonderful daughter, an amazing sister, a loving mother, wife, grandmother and a respected performer. We will miss her dearly."

"We have come to a time where we must inform the public that after a year of privately undergoing a series of treatment for Esophageal cancer our beloved Traci Braxton has gone on to glory."

Traci Braxton was a singer, actress, and TV personality.

She is well-known for her appearance in the family's reality show Braxton Family Values as well as the film Sinners Wanted. She starred in There's a Stranger in my House and Chaaw.

During her singing career, she released a hit song, Last Call, which reached 16th place on the Billboard Hot 100. Together with her sisters, Toni, Towanda, and Trina, she also recorded the song Broken Things. 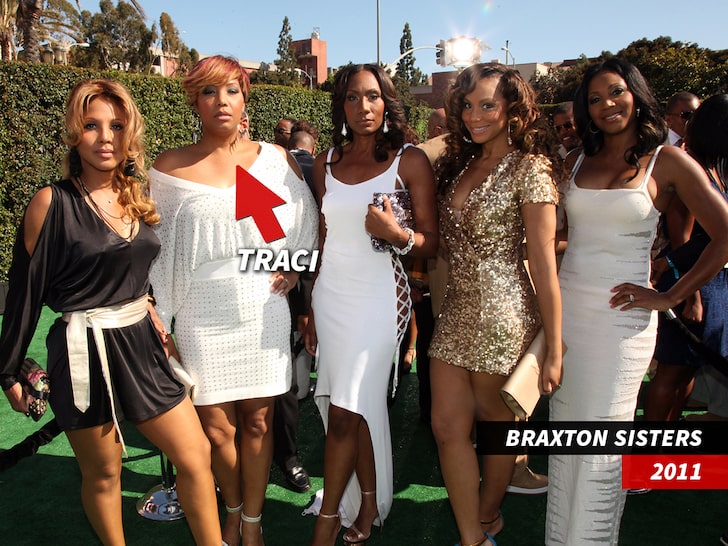 At the time of her passing, Traci's sisters, mom, and friends were by her side.

The family had gone through another recent tragedy. In 2019 Tracy's niece Lauren Braxton died from an overdose. He was only 24 years old at the time.

The following video of Traci was recorded in 2019 by TMZ.

Traci passed away at 50. She left behind a husband and a child.