The iconic Queen's guards in London might look like characters from a classic Disney film. However, they are not there merely for the tourists' amusement. They are real soldiers, and a woman had to learn that the hard way.

At the end of the following video, you can see the consequences of coming too close to these well-dressed army men.

As one of the top destinations in the world, London is packed with tourists. Many are hoping to get a glimpse of the world-famous Queen Elizabeth II or at least snap a photo of her celebrated guards.

Even if the guards are more ceremonial nowadays, with their tradition dating back to the 17th century, they carry loaded rifles with sharp bayonets that are permitted to aim at people acting threateningly.

If the female tourist had known about this aspect, she might not have tried to get as close to them as she did.

A video on TikTok shows the blond-haired woman approaching a guard mounted on a black horse. The woman is moving close to the horse, probably trying to get that perfect Instagram picture.

However, the horse reacts to her presence by turning its head and forcing her to step backward.

In a second attempt to strike the desired pose, the woman grabs the horse's reins, which is when the guard reacts. 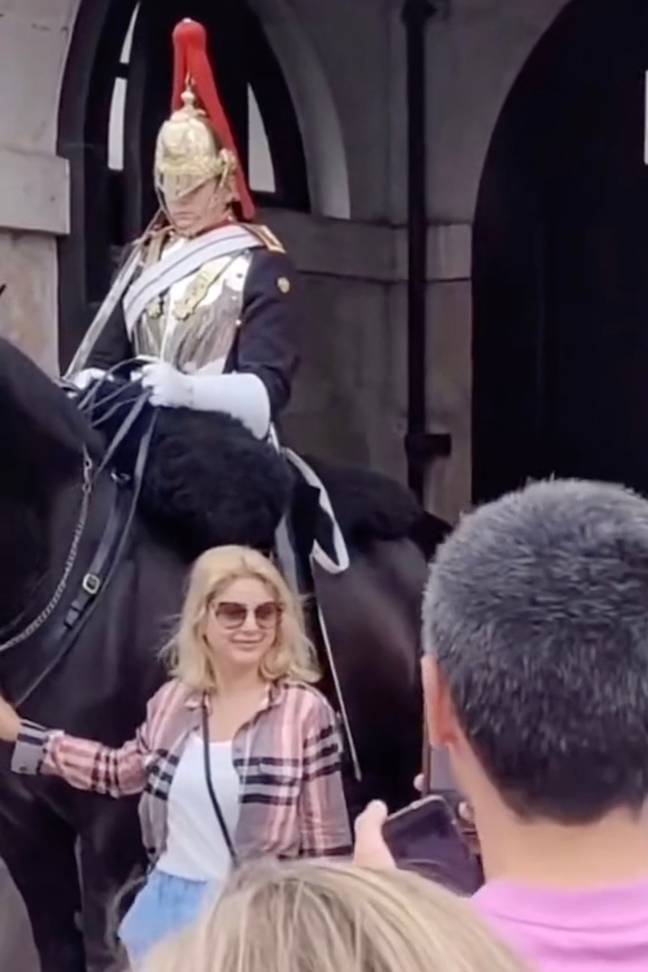 The guards are taught to have a lot of patience with the tourist, and they are instructed not to react to their shenanigans. However, when they are getting too close or standing in the guard's way, they are known to shout or stomp their foot as a warning.

When the guard noticed the woman's motions, he screamed: "Stand back from the Queen's lifeguard, don't touch the reins!" in a harsh voice.

The tourist immediately jumped back while holding her chest, startled by the sudden reaction.

The tourists, however, seemed to lack understanding of the guard's job. The short clip was shared on social media by TikTok user Ethan (phigs) along with the caption: "We Will Never Return To London After This Incident."

It turned out it was his stepmother who got screamed at by the guard, and the family was not happy about the situation.

"He was a rather angry little man," the TikTok user added. 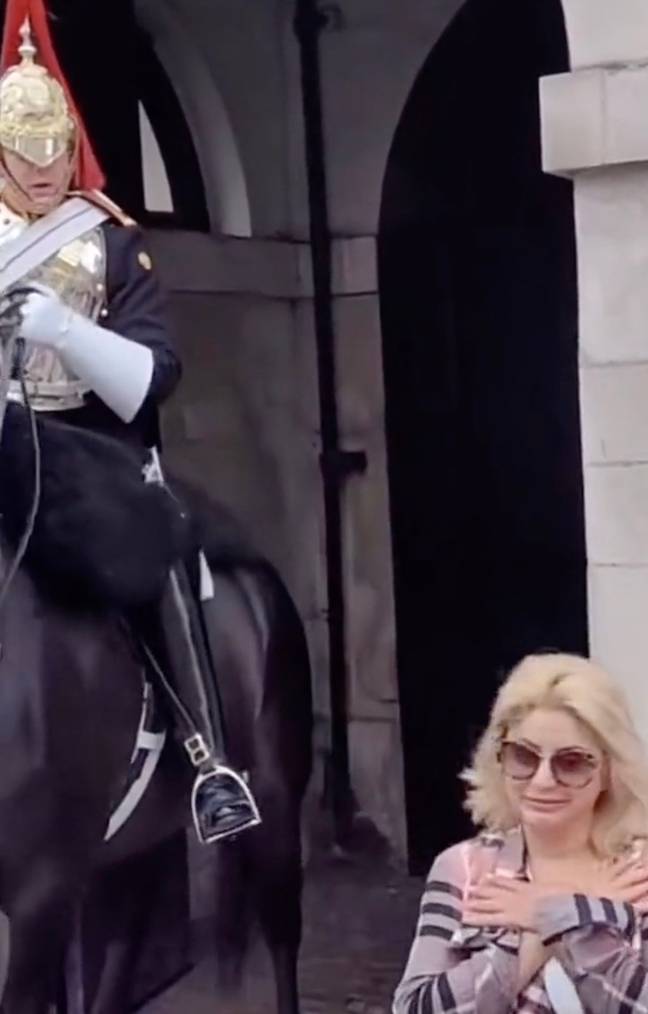 The video went viral with over 4 Million views. Of course, people were not late to share their opinions about the incident, and they were not all supportive of the disappointed tourists.

"Serves her right you aren't allowed to touch the guard," one social media user wrote.

"No one should ever touch a horse's reins - don't people understand that? Top soldier!" another agreed.

"It's not Disney they are working horses and serving the army," a third informed.

In the tourists' defense, many people stood close to the horse, and from their perspective, it looked like a line to pose for a photo opportunity.

And it is not the first time incidents between the Queen's guard and tourists have occurred. The internet is full of videos of these happenings, so people should have learned how to avoid them.

In December 2021, a kid got in the way of two guards marching, and instead of stopping, the guard shouted and knocked the kid down while proceeding on his path. The video footage looks brutal since a child naturally is less aware of his surroundings than a grown-up.

Luckily, the kid got up again, seemingly unscathed.

Whatever you feel about the guards' actions, remember to give them the space they need and make sure you keep a watchful eye on your kids at such events.