They were famous before they were even born. Kurt Cobain's daughter, Frances Bean Cobain, 29, and Tony Hawk's son, Jake, 29, are dating, and it should come as no surprise.

Things are looking serious for a couple, as they became Instagram official on January 2. Previously, Frances Bean, Kurt and Courtney Love's only child, hinted they close all through 2021.

One photo was particularly interesting, as it showed Jake and a puppy next to a Christmas tree.

Another shows Riley and Frances cuddled up next to Tony and his wife Catherine Goodman. 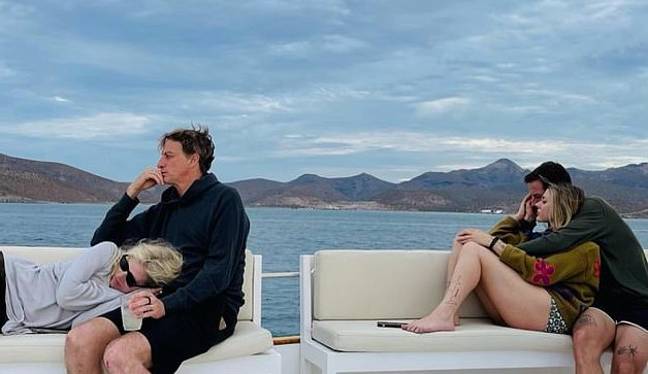 The confirmation of the relationship came after Frances wrote, next to one image:

Redditors were delighted, as one wrote:

"If they had a child, their grandparents would be two of the largest icons from the nineties. Insane."

"OK this is legitimately good news for humanity."

Frances took a year-long break from social media and came back with great news about her love life. Needless to say, she was more than welcomed by her fans.