In a touching new movie, music icon Tina Turner, 81, is saying goodbye to her fans. The music legend also shared her rise to the top in a film simply called Tina.

In her new, and most likely final documentary film, Turner talks about struggles, love, fame, and again, the true love she found when she was middle-aged.

Tina's health has been declining for decades now. She recently had a stroke, and her battle with cancer is well documented among her fans. As the legend says herself, she simply wants to enter the final phase of her life out of the spotlight. 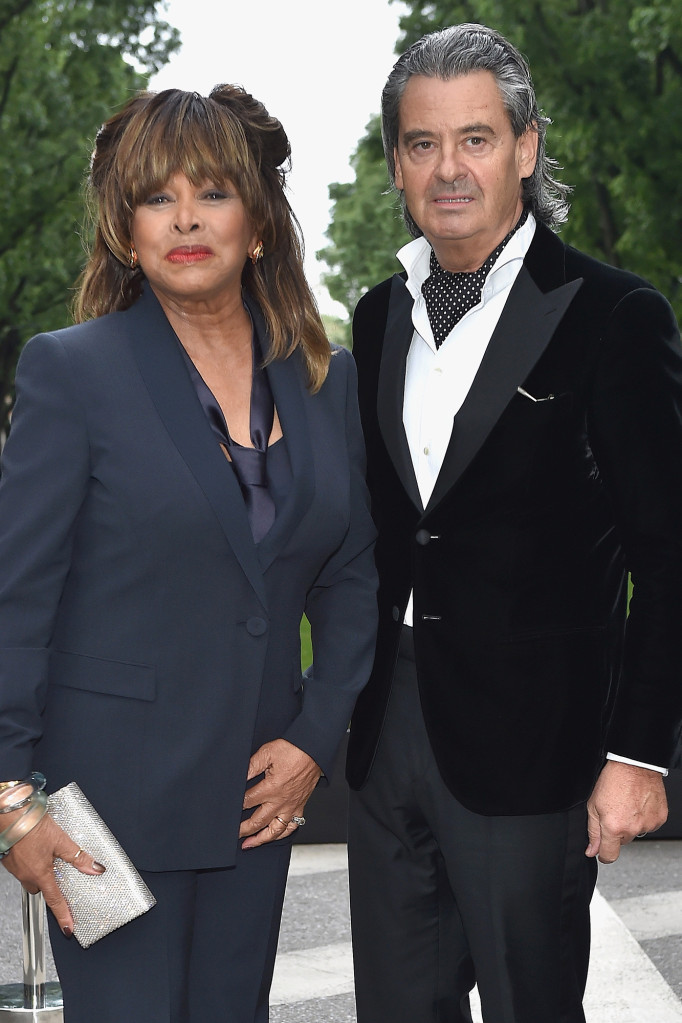 In her movie, Tina Turner reflects on her life, saying:

"It wasn't a good life. The good did not balance the bad."

"I had an abusive life; there's no other way to tell the story. It's a reality. It's the truth. That's what you've got, so you have to accept it."

While professionally we know Tina as a unique, energetic performer, behind the scenes things were quite scary. People who know her and her fans as well keep saying that Tina should be proud. But, she doesn't understand how to:

"Some people say the life that I lived and the performances that I gave, the appreciation, is blasting with the people. And yeah, I should be proud of that. I am."

"But when do you stop being proud? I mean, when do you, how do you bow out slowly? Just go away?"

Saying Goodbye To Her Fans In Style 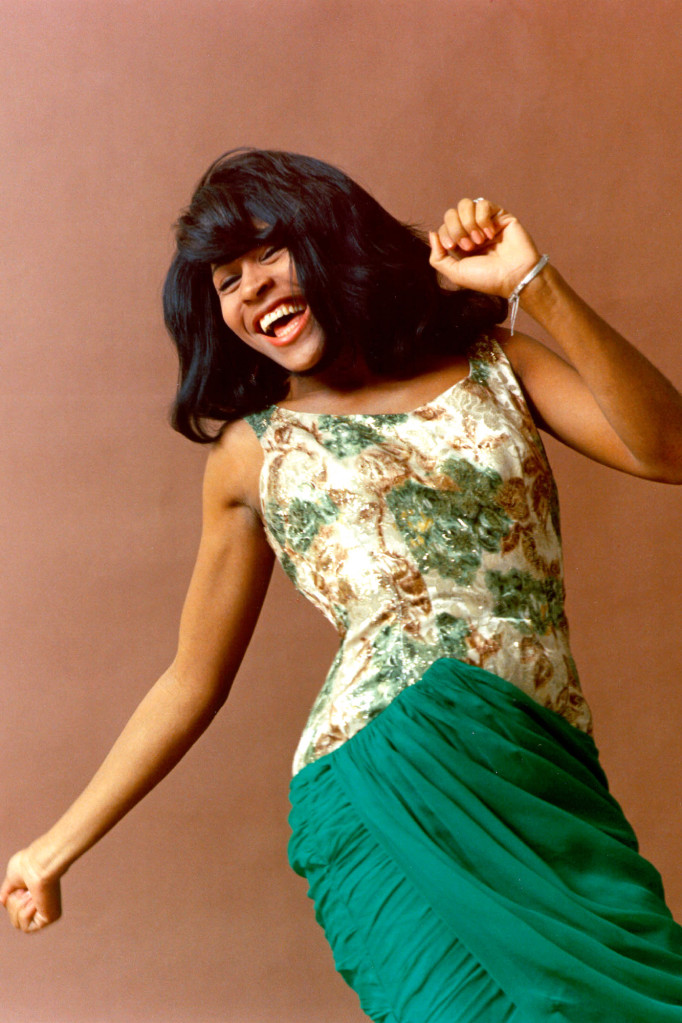 Tina Turner was always gracious. And by preparing something special as a farewell to her fans is very much what we expected. Her husband, Erwin Bach, 65, confirmed it:

The couple made a farewell trip to the US for the Broadway premiere of her stage show, The Tina Turner Story. Bach then says in a new documentary what it meant for his superstar wife:

"She said, 'I'm going to America to say goodbye to my American fans, and I'll wrap it up.' And I think this documentary and the play, this is it — it's a closure."

Despite previous autobiographies and biopics, Tina never liked to talk about her life on camera. So, the documentary is far more realistic than her book from 1986 I, Tina, or the 1993 biopic What's Love Got To Do With It?

Tina Turner is baring it all and giving us a rare insight into her world of magic and tragedies. 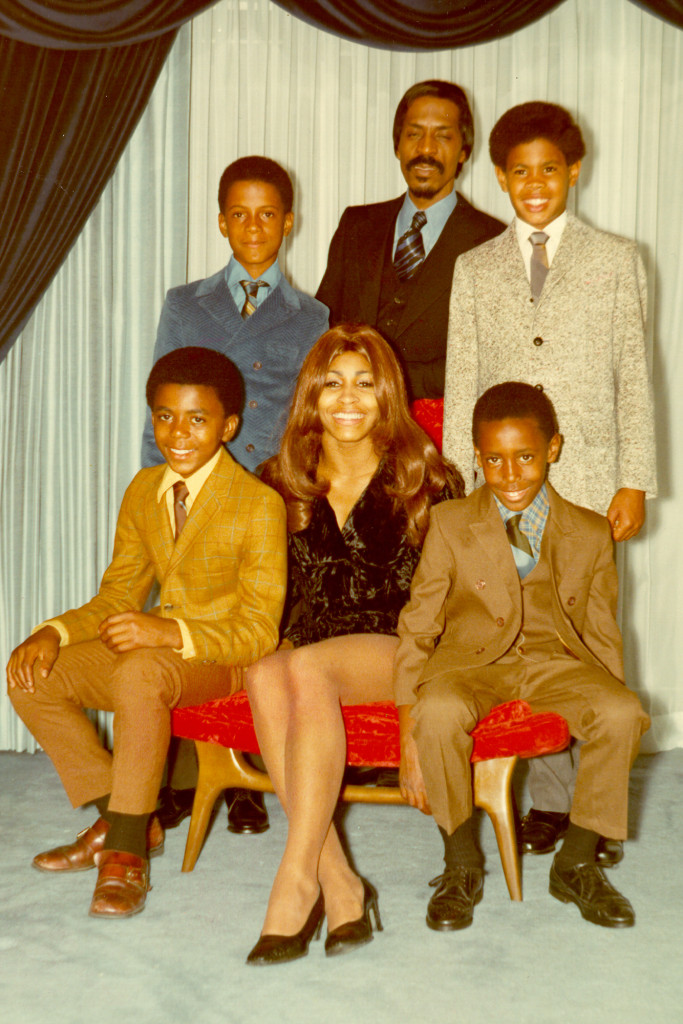 Her mother was a victim of domestic abuse. Something her daughter will repeat in her first marriage. Her mother, Zelma, was always cold and distant, as Tina recalls.

Even when she became a superstar and the two reunited, things didn't change for the better. Tina believes her mother didn't like her:

"Mom was not kind. When I became a star, of course back then she was happy because I bought her a house. I did all kinds of things for her. She was my mother.'

"I was trying to make her comfortable because she didn't have a husband, she was alone, but she still didn't like me."

Tina and her mother grew up in poverty, but despite Tina's success, it didn't heal their relationship:

For many women in her position, it was, sadly, natural to accept that love hurts. And that's how, in 1962, Anna Mae married Ike Turner. 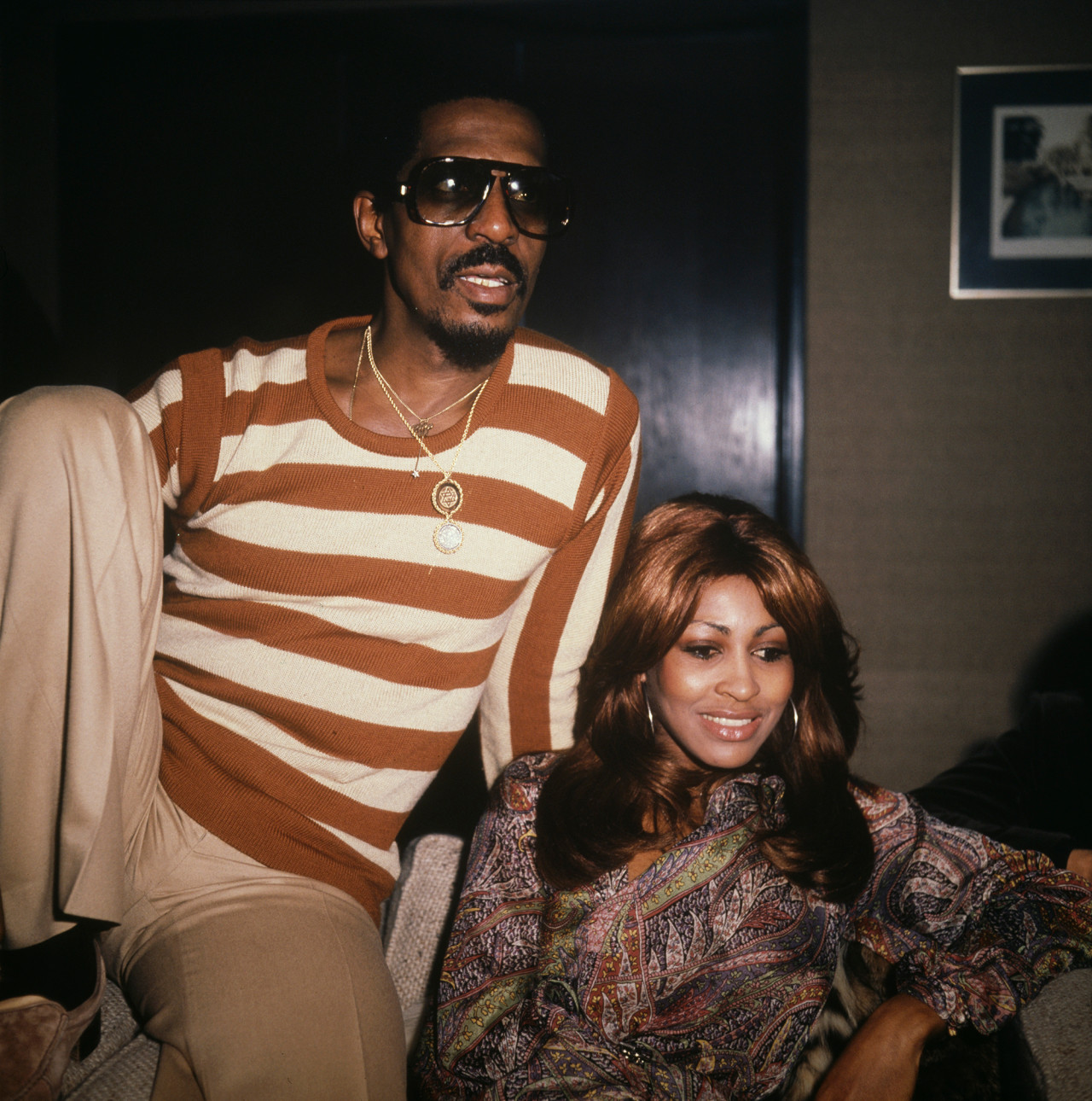 After years of beatings and psychological torture, Tina Turner, now a household name, finally started divorce proceedings against Ike in 1976.

Bach explained to Tina's fans that to this day, she still has nightmares about this period. He even added that it's a form of PTSD:

"She has dreams about it; they're not pleasant. It's like when soldiers come back from the war. It's not an easy time to have those in your memory and then try to forget."

Tina tried to kill herself in 1968, admitting:

"That scene comes back. You're dreaming it. The real picture is there, it's like a curse."

She did make peace with Ike before his accidental overdose in 2007. She says:

"For a long time, I did hate Ike. I have to say that. But then, after he died, I really realized that he was an ill person. He did get me started and he was good to me in the beginning. So I have some good thoughts. Maybe it was a good thing that I met him, that I don't know."

"It hurts to have to remember those times, but at a certain stage, forgiveness takes over. Forgiving means not having to hold on.

"It was letting go because it only hurts you. By not forgiving, you suffer because you think about it over and over. And for what?"

At The Peak Of Her Stardom, She Was Lonely 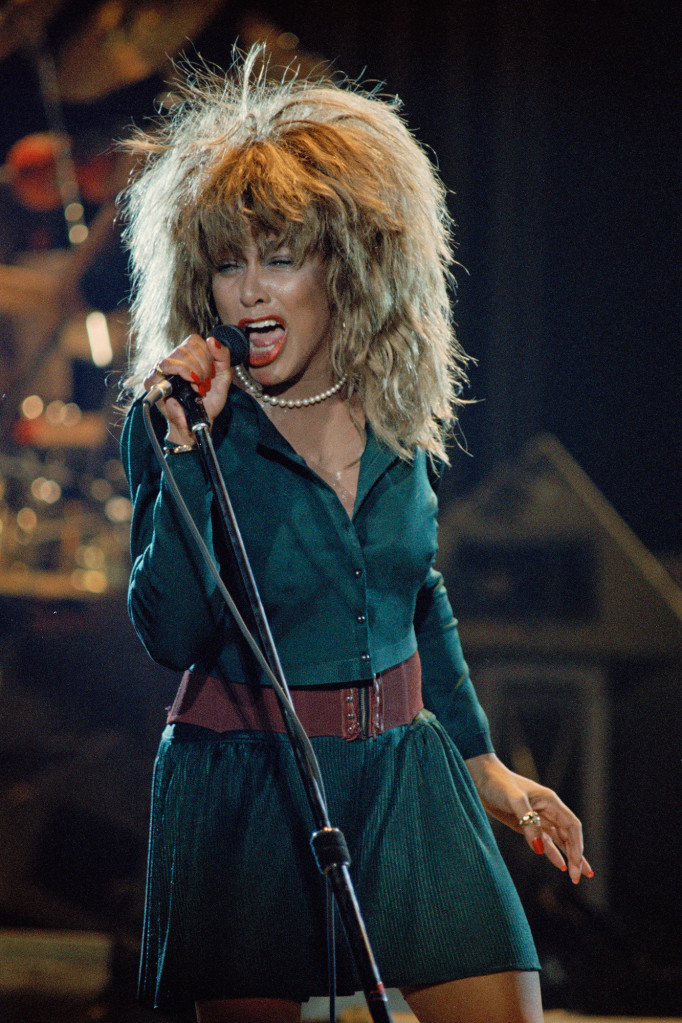 Leaving Ike behind wasn't easy. But once she was free, Tina Turner reinvented herself as an artist and recorded many hit songs we still adore.

In the 80s, Tina Turner was everywhere. She made the movie Mad Max and won all music awards for her albums Private Dancer and Break Every Rule. But, she was lonely.

Speaking of her husband, Tina is full of warmth:

"He had the prettiest face. It was like, 'Where did he come from?' He was so good-looking. My heart went ba-bum. It means that a soul has met. When he found out that I liked him, he came to America, and we were in Nashville, and I said to him, 'When you come to LA, I want you to make love to me.'"

"I thought that I could say that because I was a free woman, I didn't have a boyfriend; I liked him."

"There was nothing wrong with it — it was just sex. And he looked at me as if he didn't believe what he was hearing."

"He was just so different, so laid back, so comfortable, so unpretentious, and that was the beginning of our relationship."

Bach saved Tina's life in more ways than one. 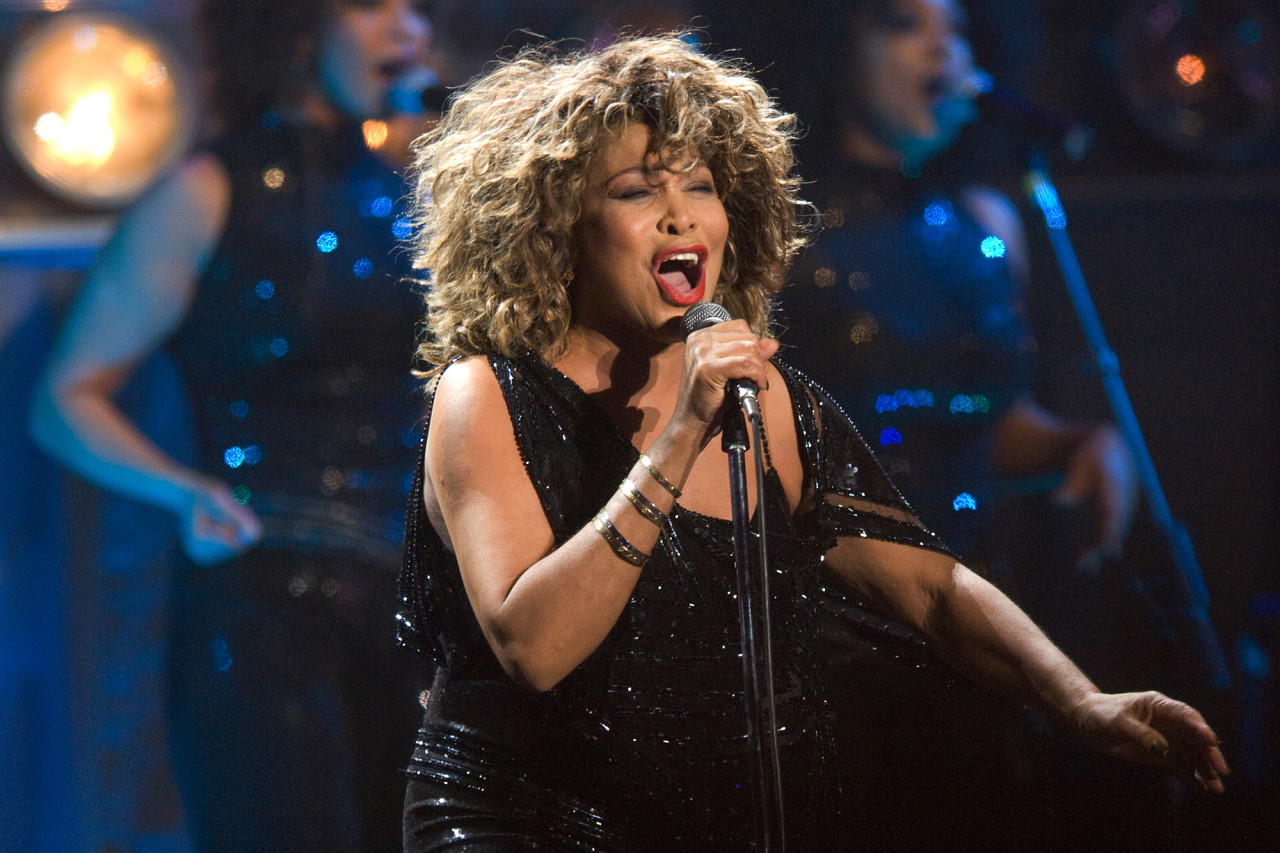 Unlike Elton John, Tina Turner made one final record in 1999, when she was 59. Her final performance came exactly a decade later.

Since then, Tina and Bach have been living in Switzerland. They suffered another devastating loss in 2018 when Tina's son Craig took his life:

"My saddest moment as a mother. He was 59 when he died so tragically, but he will always be my baby."

But Bach was always there. Even when she needed a kidney, he gave it to her. Tina had been so ill that she was considering assisted suicide:

"It wasn't my idea of life, but the toxins in my body had started taking over. I couldn't eat."

"I was surviving, but not living. I began to think about death. If my kidneys were going, and it was time for me to die, I could accept that it was OK. When it's time, it's really time."

But, it wasn't her time.

Despite all the trauma, heartbreaks, abuse, Tina Turner was always simply the best. And luckily, she found a man who was deserving of her attention and love. In the documentary, we will see inside the couple's beautiful house on Lake Zurich's edge.

But more importantly, we will hear her story through her words. And despite her final goodbye, there will always be only one Tina Turner.