Fallon Melillo, 27, is a TikToker and body positivity influencer. She faced horrifying body shaming when she was denied to enter a bus party due to her size.

Melillo shared the whole story on the popular social media platform and called out the owners. Rightfully so! 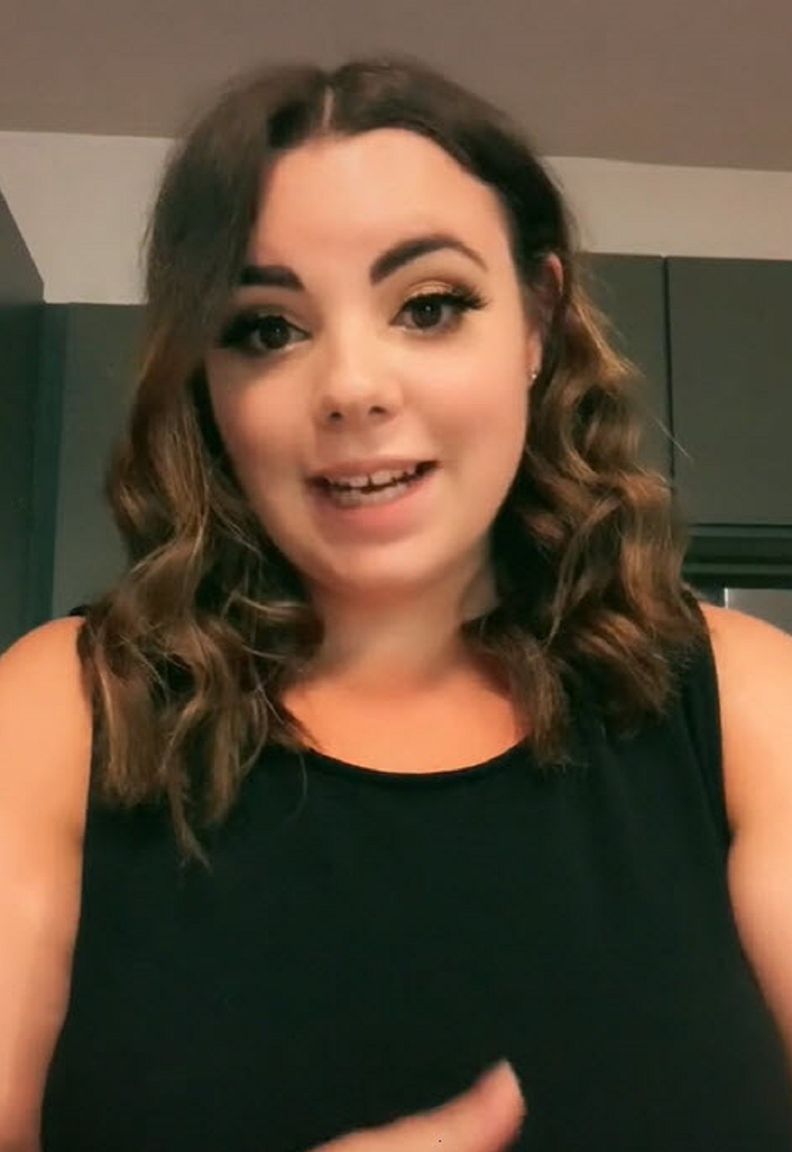 Fallon and her friends came from Texas to Miami for some party time.

They all wanted to go on a Miami party bus, and Fallon checked out the event the night before.

"Sorry, No Big Girls for this party!"

But, what are the actual qualifications for entering a party? And how come no one paid attention to these guidelines and reported them?

Though one would be alarmed with such requirements, the promoter who booked the party tickets bus did not say anything to her or her friends.

Since it was not disclosed, Melillo thought she would party, but that didn't happen. 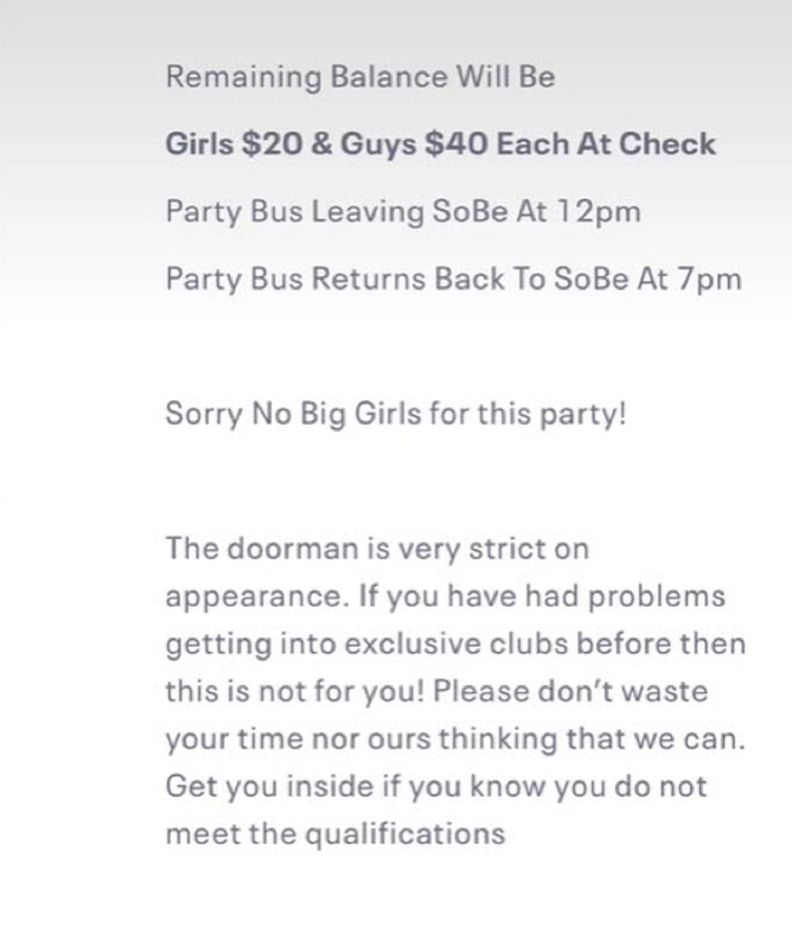 In her TikTok video, the young woman said:

"Last weekend, from July 29 until August 1, I went to Miami Beach. I stayed there with a few friends for the entire weekend. On July 31, we decided to go to a pool party."

She felt humiliated, as she explained further:

"We ended up going there, and they turned us away at the door cause I am plus-size, as you can see, I'm bigger than, I guess, the average girl."

The company refunded their money, but the whole experience was embarrassing. 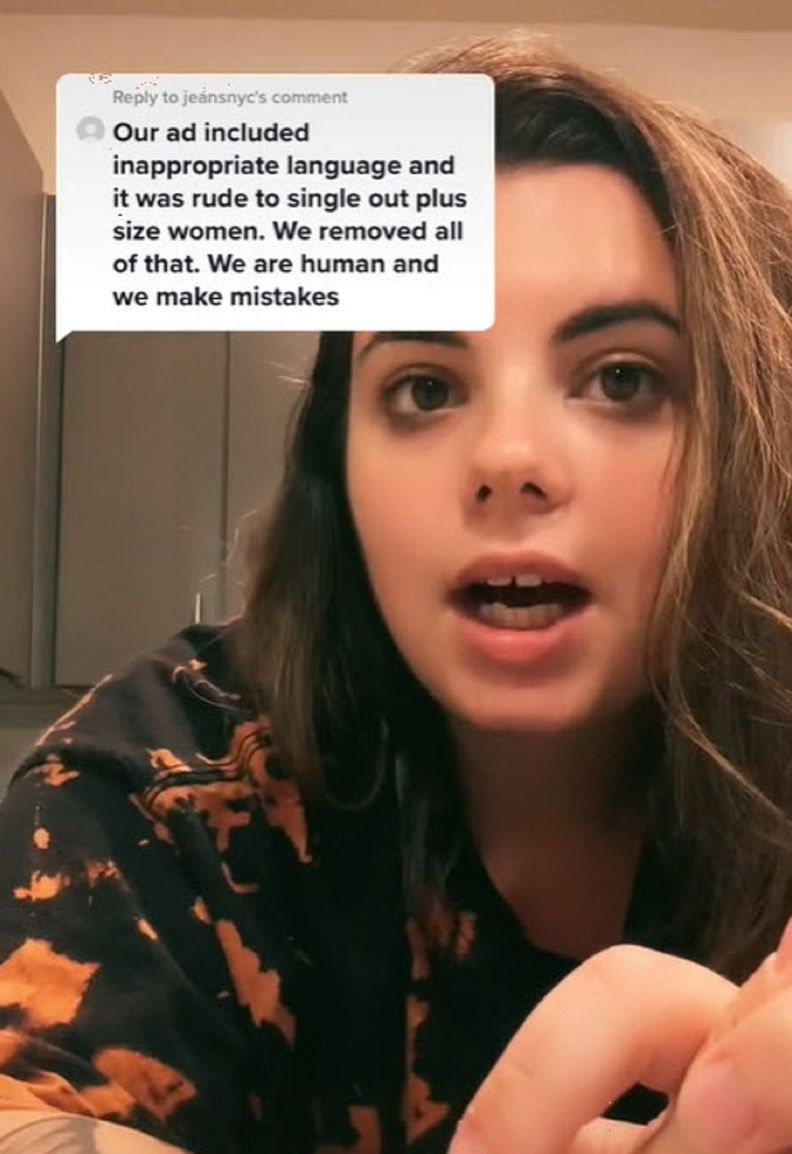 At first, Melillo felt "sad and humiliated," but it turned into anger and frustration.

That is when she turned to TikTok and called her followers to boycott the party bus:

"Even if you are skinny and would be allowed on the bus, I just don't think it's right to be supporting a business and giving them money to support this ideal."

Her video gained over half of million views, and counting, so she did a follow-up.

The event owners did not make a dramatic change, but they updated their page to "a model look is encouraged."

"As much as we would like to welcome everyone, admission to this exclusive event is very selective, and we reserve the right [to] deny service."

Among the comments, one person wrote:

"I am the owner of the original ad from your first post. We did not change our name. We have removed that ad, and we apologize to everyone."

As Melillo pointed out, it is 2021, and this kind of behavior towards women should not be acceptable.

Drop us a comment. How do you feel about fat-shaming, and why is this still a thing? Here is the whole video: