TikToker Quenlin Blackwell took to the platform to sob after claims of accidentally purchasing a USD$100,000 couch.

She posted a video of her sobbing in her car as she hysterically revealed that she had entered her card details into an online bid for a couch.

She claims she wasn't serious about the bid and just engaged in it as a joke. The joke supposedly turned awry when she was charged a ridiculous amount for the couch.

She seemingly shot the video in a state of panic. She said in the viral clip; "I have to pull over right now because I'm about to f**king throw-up."

"I just put an offer on a couch, and I was joking. I was joking, but I put in my card information, and it just charged my f**king account. I almost crashed my car when I saw it."

The video captioned "I can't inhale" has now gathered over 6.5 million views.

But who enters their card details if they have no intention of making a purchase, especially when no free trial period often indicated for services, not products, is absent? Commenters shared this sentiment.

One asked: "Girl, who puts in card info as a JOKE."

A second added: "ILY BUT WHY PUT YOUR INFO IN."

A third asked: "How do you accidentally put all of your card info in and press purchase?" 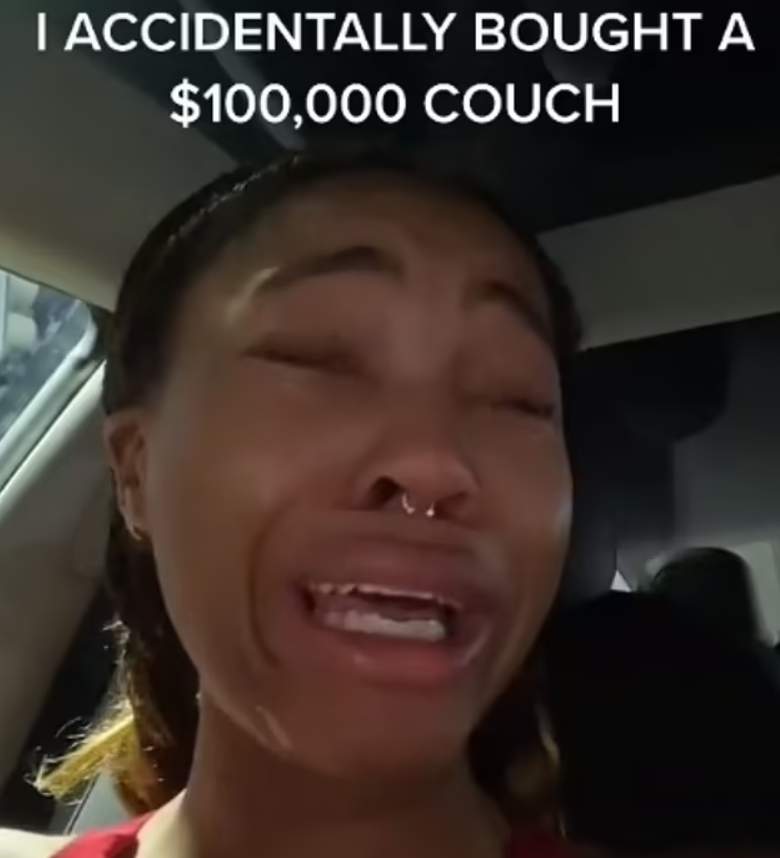 Others asked to see the couch, but she has not responded to the requests. Instead, she posted a follow-up video where she continued sobbing and pleading for her fans to donate to her cause, or else she would have to join OF to come up with the funds.

She said: "I don't want to, but I'm going to have to," adding that she also needed money for dental work and to replace a side mirror on her car.

"I don't want to do a job. I'm about to throw up because I know they didn't refund me."

She sparked a similar storm on social media when she claimed she was living with the music producer Diplo.

He had to issue a statement saying that he rents one of his properties to Quenlin since her post suggested something more.

He said: "Her social media is sarcastic and chaotic, and I can see you can get a twisted idea but there is nothing but a friendship between us."

Who knows what this newest couch drama is about?