Three buddies get stuck in a lift after eating curry—then they all realize they urgently needed to use the bathroom.

There's never a good time to get stuck in an elevator.

But probably the worst time of all would be after you and your buddies had just indulged in a spicy curry meal.

That's exactly what happened to three colleagues—an Englishman, an Australian, and a Taiwanese man—over in Australia. Add in 38-degree heat, 99 percent humidity, and the unavoidable urge to use the bathroom after a giant curry feast… it sounds like it was absolute hell. 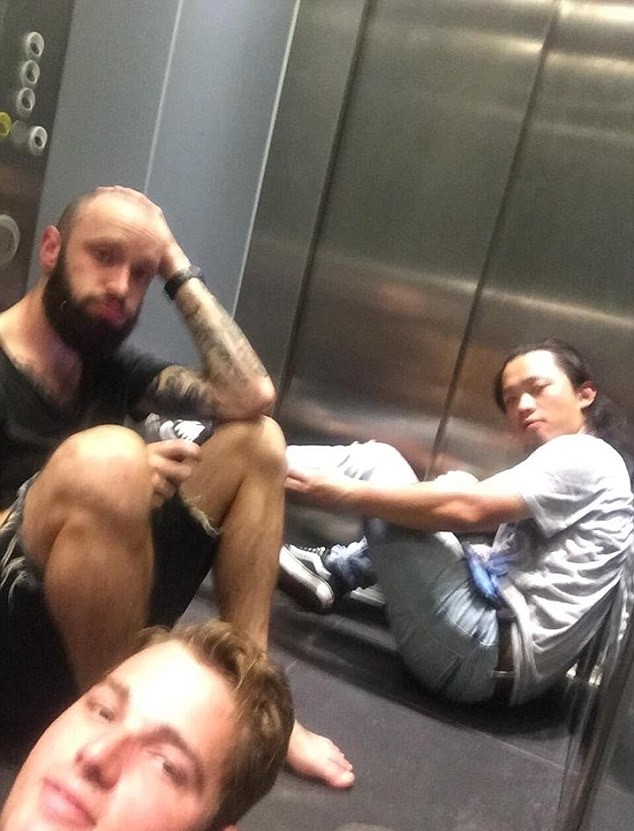 Our 'three musketeers,' Ben Rose, Cega Wang, and Scotty Lintern, were on a business trip to Marrara in Darwin's north.

After a long day, they decided to have a delicious curry feast at an Indian restaurant.

Soon after the meal, they headed back to their hotel, taking the elevator to the first floor.

However, the unthinkable happened.

Rose, the Australian of the trio, explained:

"The lift surged and went up and down, up and down again. The emergency lights went on. And we realized we were in for the long haul."

And then the nightmare began.

Cega Wang, the Taiwanese member of the gang, realized he needed to relieve himself. So, he warned his friends that he 'might need to wee in the corner.'

Not to be outdone, Scotty Lintern—the Englishman—also 'apologized in advance,' warning his trapped companions that his misjudged meal choice of a spicy curry was doing terrible things to his stomach.

After a round of uncontrollable flatulence, the lift soon resembled the inside of a septic tank.

"Soon afterward, we were struggling to breathe after Scotty's little effort. There was a smell in that lift that I thought would outlast religion."

"Cega was deep breathing through a tiny crack in the elevator with tears in his eyes. He hasn't spoken to us since."

"It's been a long recovery after that day, but we're getting there."

"There was no air conditioning in the elevator."

"Hell would have been a few degrees cooler. It was more painful than I imagine childbirth would be. We were at our wit's end."

"It was hot as sin. We were all sweating profusely and sitting on the floor in little pools of our own sweat."

The trio then took out their phones to record the experience, with the video showing the sweaty men explaining how 'dire' it felt.

"Ben and I saw the funny side of things the whole way through, but Cega looked a bit stressed."

"We've bonded over the experience, but I think Cega might have filed for divorce."

The men were resourceful enough to call the pub next door for emergency beers.

But despite an earnest effort to pull the beverages into the elevator, the bartenders were unable to deliver the beer to the men.

"It was only an hour, but it felt like a week-long ordeal."

"We went straight out from the lift to the pub and cracked a few beers. Cega ran straight to the bathroom though and stood in the shower for half an hour."

The ordeal has earned Scotty the nickname 'the farting Englishman.'

And despite the experience, he still has fond memories of the curry restaurant, though he hasn't been back there... that's probably a good idea.