In the summer of 1965 in the East Bronx, something happened that shook the entire neighborhood. A former Good Irish Catholic Girl by the name of Alice Crimmins had disgraced the convent.

Alice Crimmins was quickly turned into fodder for the tabloids. The front pages of many newspapers were decorated with pictures of her in short skirts, heavy makeup, and teased red hair. She was all over the nightly news too. The cameras were filming her face, which seemed to be saying she didn't care what anybody thought about her.

She wasn't always this way. In 1959, Alice Crimmins, the daughter of hard-working and religious parents, was 19. To get out of her parent's family home, she got married. Her new husband was her high school boyfriend, Eddie Crimmins.

Within three years, they had two children, Eddie Jr. and Alice Marie, or Missy. Alice Crimmins was twice tried for the murders of her children, a five-year-old and a four-year-old at the time.

Who Is Alice Crimmins? 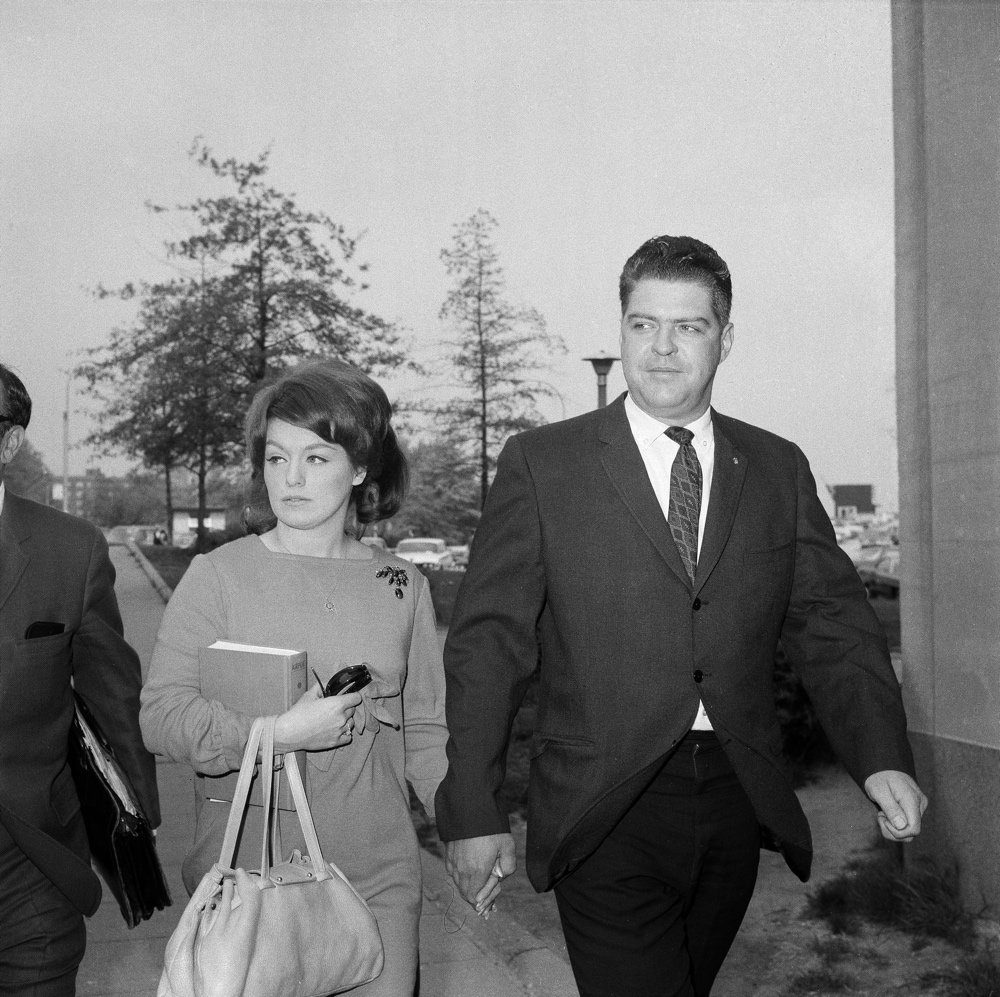 Alice Crimmins provoked gossip wherever she went in her little town. This was because she strutted down the street in her revealing clothes. She wore high heels, ignoring her neighbors. It was no wonder that the local women soon started referring to her as a snooty bitch, a drunk, a nymphomaniac, and at the end of it all: a murderer.

She was a model Catholic woman when she was young. By the time she turned 19, Alice felt like she needed to leave her parents' home and decided to do this in the only way she knew.

Alice Crimmins had married Eddie when she was young. Sadly, Eddie turned out to be a drinker, which quickly led to their breakup. Through July 1965, they were in the middle of a divorce. They were going through a long and difficult custody battle over their children. Eddie Jr was five and the time, and Missy was four. 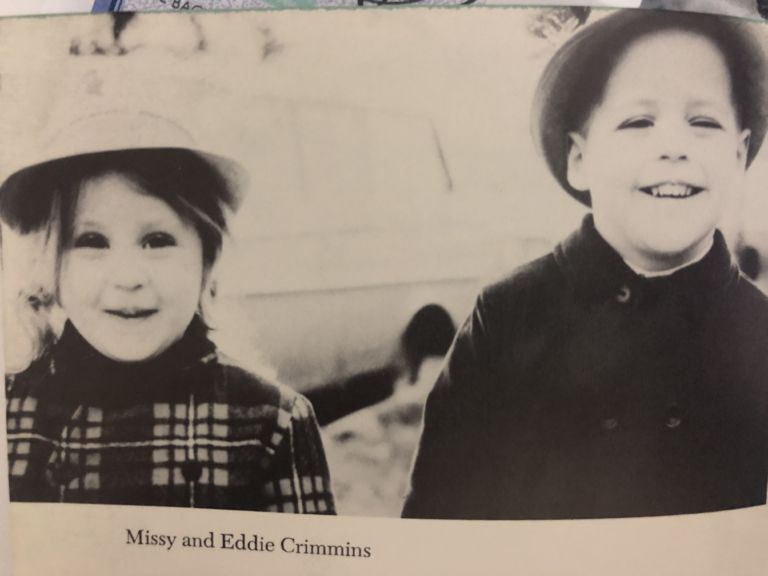 At the time, Alice Crimmins worked as a cocktail waitress. In this position, she made many admirers. Her appearance and personality made men fall in love with her, and she was ready to move on from her husband.

But, Eddie was still fascinated with his soon-to-be ex-wife. He was jealous of her carefree attitude and a plethora of her admirers. While the divorce was in progress, he still followed her around the city and ended up bugging her apartment. He turned into a stalker at best.

Sometimes, since he knew she was now seeing other men, he would sneak in through the basement of the building and listen in. This would sometimes lead him to burst into Alice's apartment and send her suitors running.

Alice Crimmins – The Most Hated Woman In America

On July 14, 1965, the police received a call through the radio that two children had disappeared. Detective Gerard Piering was the one that was called to answer it. He visited the apartment at the Kew Gardens Hills.

He was met by Alice Crimmins when he arrived. When he saw her standing in front of him, he believed that she was entirely dolled up. She had put on her makeup, made her hair, and chose her clothes carefully. She didn't look like a mother whose children were missing. This aroused suspicions.

Alice Crimmins was questioned that morning. She told the detective what she had done, but he didn't believe her and began to look around the apartment. There were a lot of bottles of alcohol in the trash bin. This was noted down by the detective as he investigated the condo.

He entered the kids' room next. Inside, he found a dusty window sill. He later claimed that the dust was undisturbed on the window. 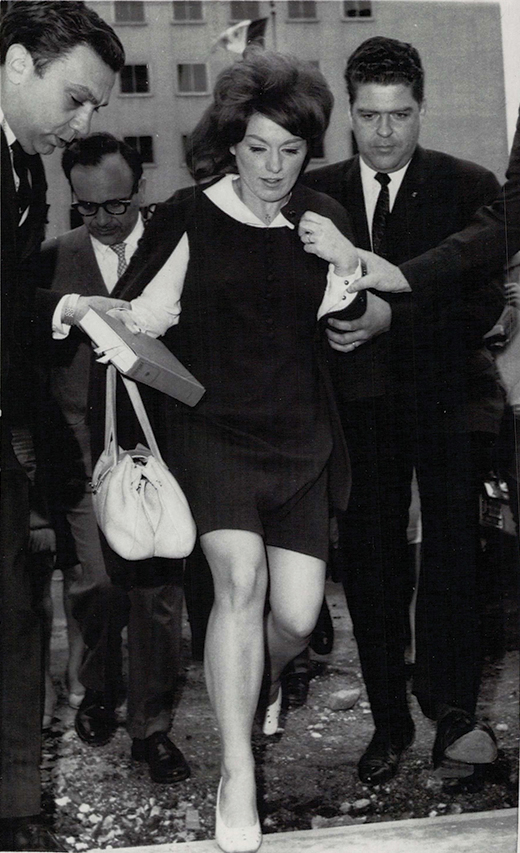 Alice Crimmins claimed that she had slept in that morning. She kept odd working hours on her job. This had led to her sleeping later than most. Alice, Missy, and Eddie Jr went to the park for a picnic the day before and returned home around 4.30 pm. The maid who took care of the children had told the court that Alice had partied for days on end, leaving her to look after the children.

Alice claimed that she went to the store to pick up dinner for that night. She returned with groceries, gave dinner to her children, spoke to her lawyer, and went to sleep. She claimed she didn't know what had happened to her children.

The investigation would take a gruesome turn when the bodies of the children would be found. Missy Crimmins was found only hours later in an empty parking lot. Eddie Jr was found two weeks later, his body decomposed severely. Alice Crimmins was 28 at the time, and she was out clubbing and hooking up just days after the deaths of her children. The police found these actions suspicious.

The Investigation Of The Murders 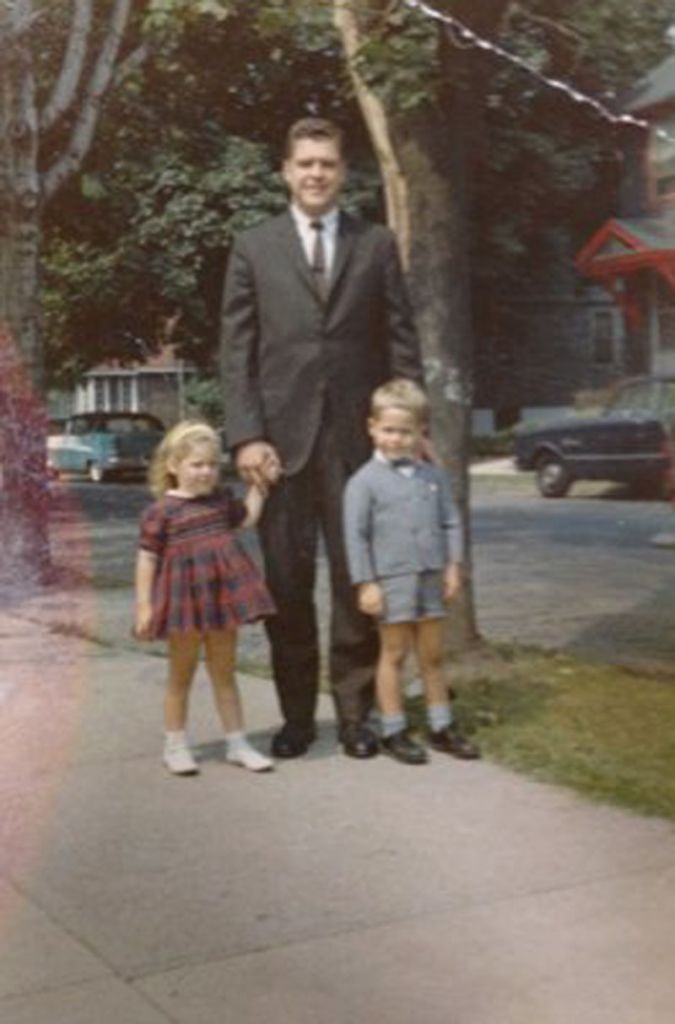 During the investigation of the murders, Eddie Crimmins, Alice's ex-husband, was interviewed by Detective George Martin. He told the detective that he played golf that day and then drank at the club.

Eddie's evening had aroused suspicions from the start. He was usually a very quiet drinker in the pub he visited. However, that day he made a point to talk to the bartender.

He said that he had left the bar around 3 am. After this, he went to Alice Crimmins' apartment. He claimed he did it because he wanted to check on his children before they went to school. Some witnesses said they saw Eddie watching the apartment from his car, but others said they saw him by the children's window. 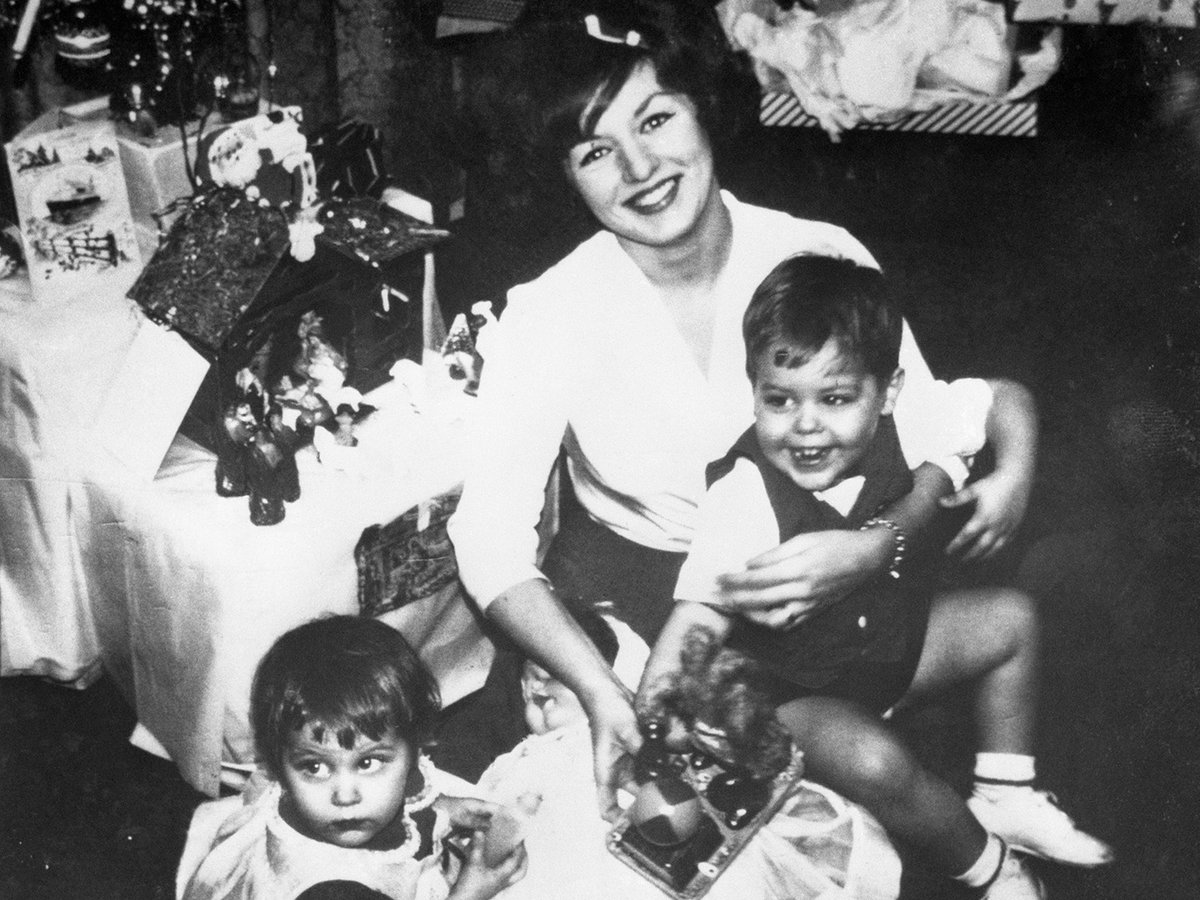 Eddie said that he saw Alice's lights were on, so he decided not to linger outside. He went home and called his lawyer to talk about the custody hearing.

After hearing this, Detective Piering grew more convinced that this woman had done something to her children. Even though he had no evidence, he was determined to prove it. She was something of an eyesore for the police, a free-spirited woman that carried her grief well. It wasn't something they were used to.

This led to the point where the police would harass and follow Alice Crimmins constantly. They had caused her to lose several jobs and distressed her without any plausible evidence. 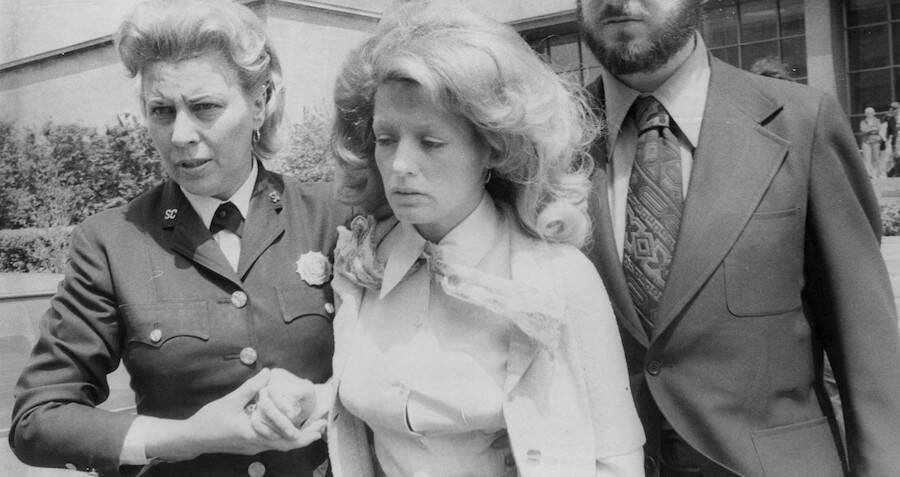 Three years went by after the investigation, and there was no physical evidence linking Alice Crimmins to the deaths of the children. Two grand juries refused to indict her.

She tried to get her life back, going to work as a secretary by using her maiden name, Burke. However, her jobs never worked out. When Alice tried to find employment with anyone, the police would follow after her. The agency would be visited by the detectives who would inform them of her real name and the controversy they had attached to her.

During the investigation, police had Alice under 24/7 surveillance. They tapped her phone and bugged her bedroom. Alice knew this was happening, and it made her feel trapped. Still, she made a point to mess with the cops that followed her. Knowing they were listening, she would exaggerate sounds of bedsprings springing and lovemaking, putting on a show.

In 1968, the police got a break in the investigation. This time Mrs. Sophie Earomirski came forward to witness. She claimed that she saw Alice Crimmins on the night of the murder. According to her, she was accompanied by an unidentified man, and they carried a bundle between them. Alice also held her older child by the hand, apparently.

It was no wonder that the cops jumped at his opportunity. Alice Crimmins was already found guilty in the eyes of the public, even before the trial began. 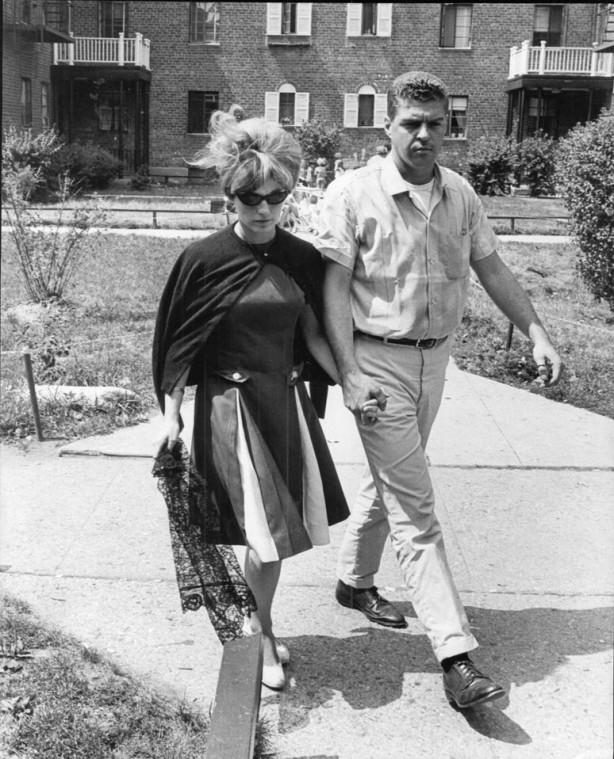 The main witness for the cops, Sophie, claimed that she had a brain injury and had trouble remembering the events. This is why she came to the police after such a long time, suddenly recalling everything.

The police also pressured one of Alice's lovers, Joe, to lie on the stand. He claimed that Alice confessed to the murders, but he erased the tape he recorded it on.

Sophie came to the stand to testify in the trial. Every detail of her testimony was read directly from newspaper reports. Sophie couldn't hide the fact that she was disturbed, and she claimed she heard the children's voices crying out to her from the grave.

When Sophie pointed to Alice Crimmins, identifying her as the woman she saw the night of the disappearance, Alice shouted that she was a liar. During the trial, Sophie had acquired the status of a folk hero as she was brave enough to take the witness stand. In turn, Alice Crimmins was convicted of manslaughter in Missy's death.

Where Is Alice Crimmins Now? 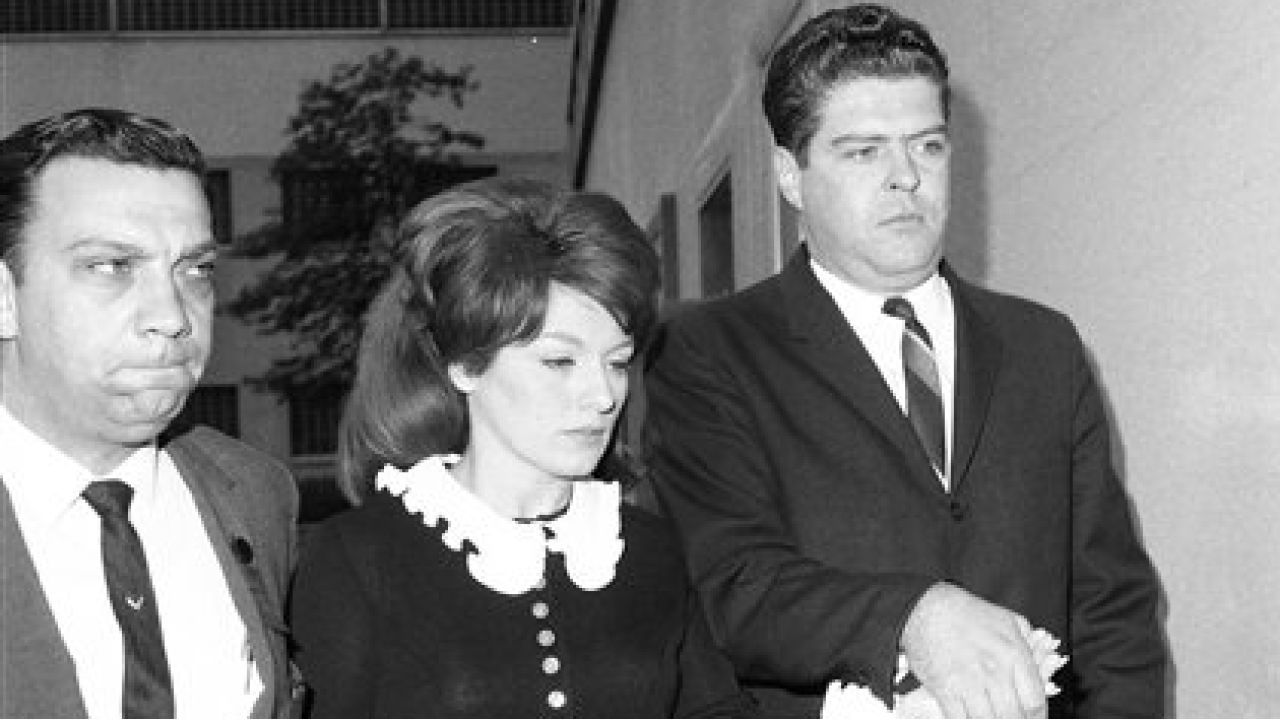 Alice Crimmins was convicted, but she never stopped with her appeals. As there were a few lawyers on her side, believing that she was wrongfully convicted, they submitted many appeals. Her conviction was eventually overturned.

During the trial, the prosecution had failed to prove that Eddie's death was, in fact, a criminal act. However, her case was far from being over. In May of 1975, she was sent back to prison when the Court of Appeals reinstated the manslaughter conviction of Missy.

She would only be released on parole in 1977. 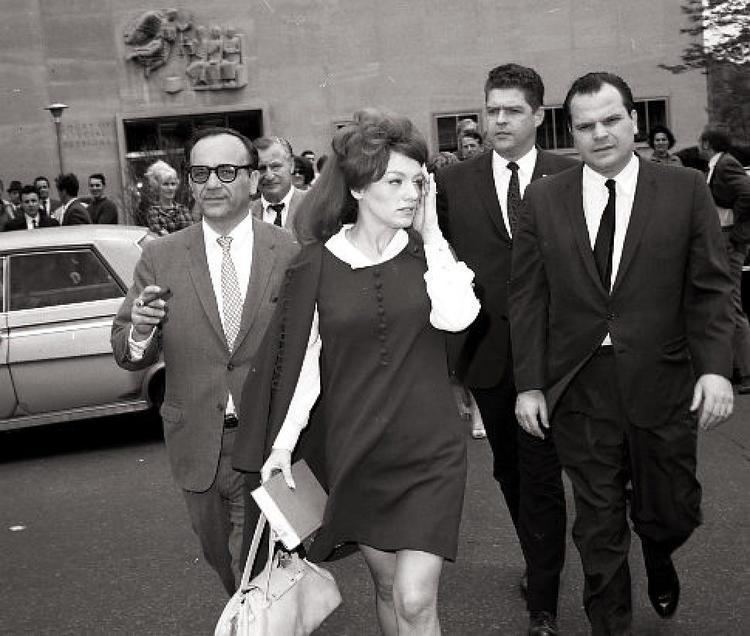 After this, she married Tony Grace, a man that had testified in her defense. While she was in jail, Tony had visited Alice once a week. When she was released, they married, and the pair moved to Key Largo, Florida.

Alice is currently 81 years old. By all accounts, she lives a quiet life. Tony, her husband, died in 1998. Even if Alice was convicted for the murder of her children, the question remains why? Her ex-husband, Eddie, told the police that Alice would never harm her children. In fact, she adored them.

The case was left with many unanswered questions. The prosecution set up a theory that Alice needed at least two accomplices to murder her children. However, no one except her was ever charged for the deaths of Eddie and Missy.