Do you have problems making decisions? Do you need a lot of time to decide anything, from which cell phone mask you would buy to choosing a college or job? Do you analyze every word of a conversation with a boyfriend or crush? If the answer is yes, you think too much – and don't use thinking outside the box.

We all sometimes fall into the trap of overthinking about something, whether you analyze each option that is offered to you for a long time and carefully or focus on a small detail of a situation and ignore the bigger picture. 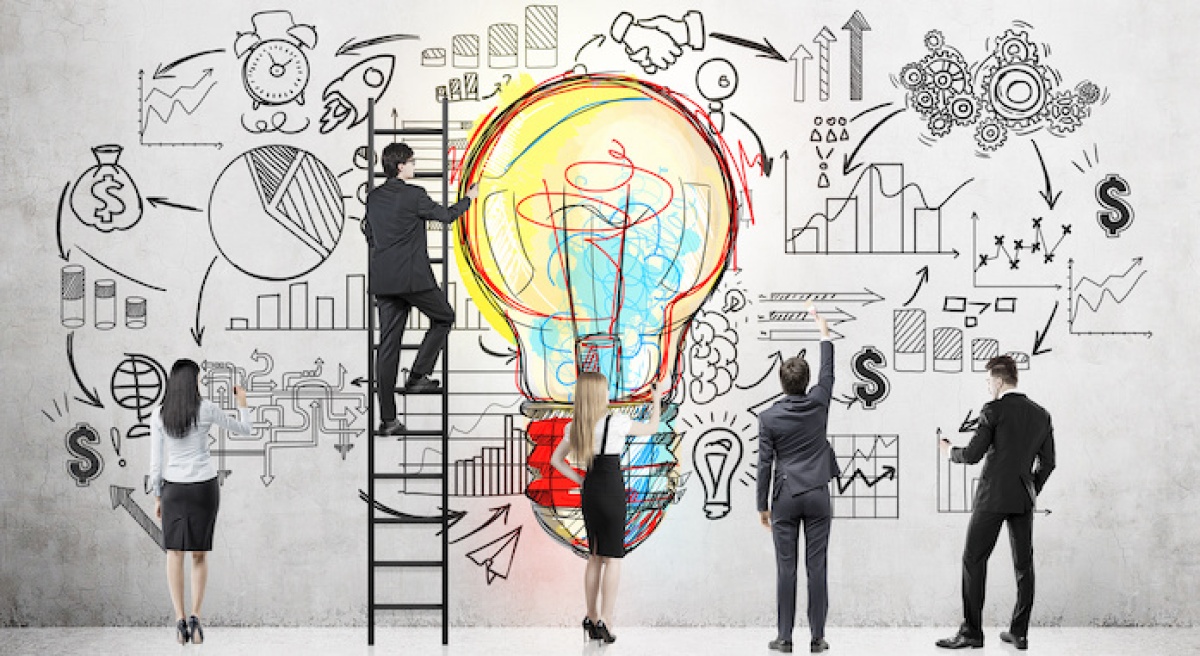 In childhood, we generally do not have these problems because, at that stage, we are very curious and open to new experiences.

However, mental blockages or limitations begin to appear as we age and accumulate an increasing amount of experience and knowledge.

Education Stifles Thinking Outside The Box 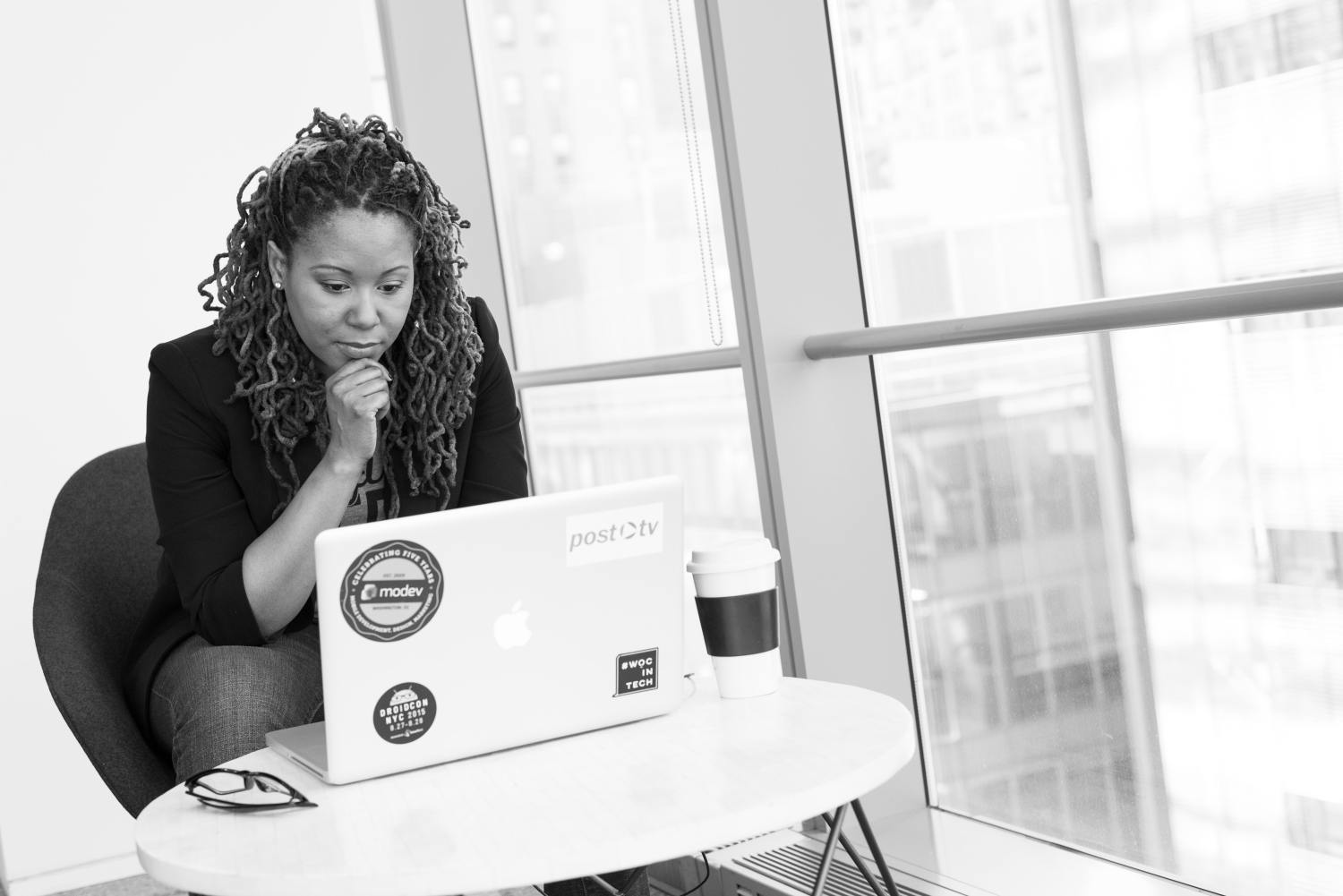 Creativity in children occurs and develops on its own, as they look for solutions to various situations and problems or try to do something on their own for the first time. The urge to build our own paths and seek solutions is innate to us. However, that urge slowly fades when a child goes to school.

The education system is formed in such a way that grades evaluate everything. Failure is criticized, and only strict compliance with the prescribed standards is appreciated.

After many years spent in such a system, it is no wonder that we develop a fear of mistakes, a fear of failure. Because of this fear, we gradually stop thinking outside the box or offering different, innovative solutions.

Knowledge Can Hold You Back 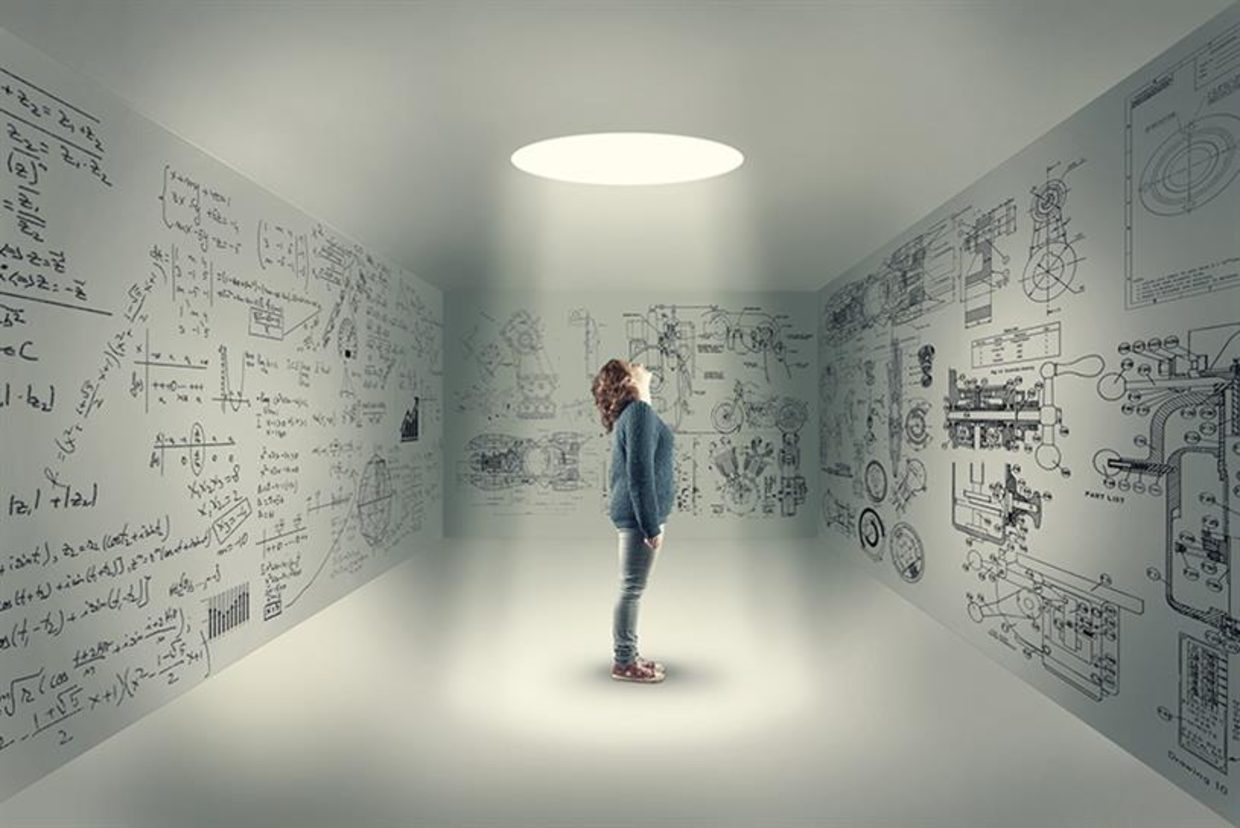 Yes, it is necessary to have certain knowledge in order to be able to make quality life decisions, but what happens when we gather a large, perhaps even too large, amount of information? 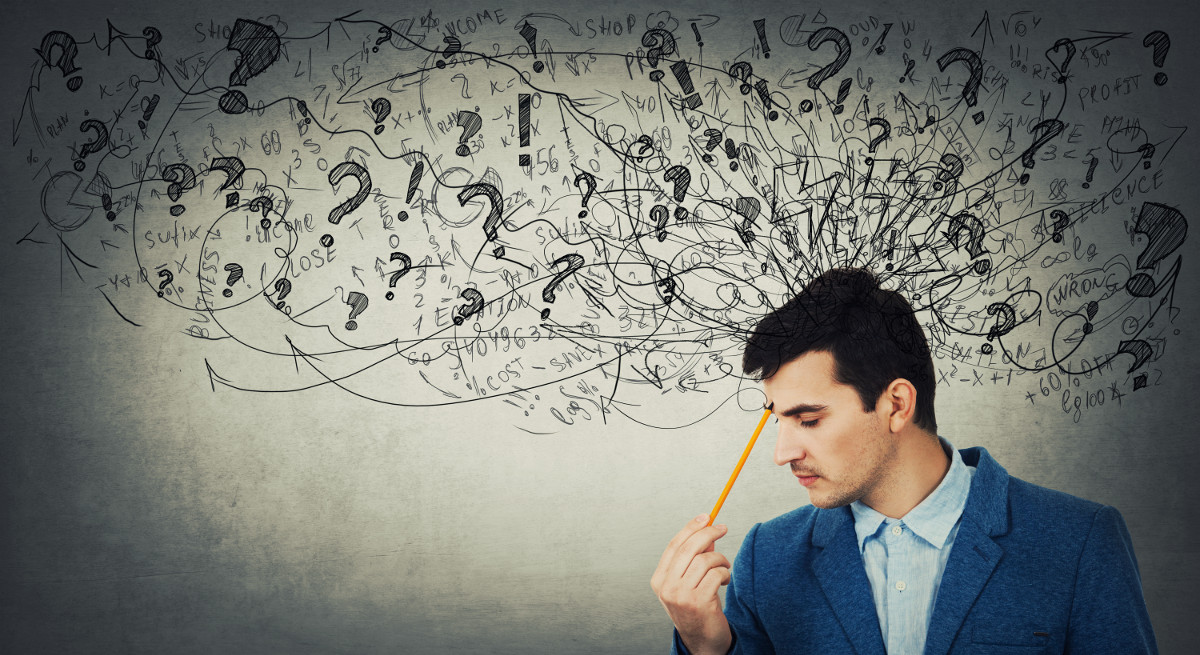 Overthinking a situation or decision can negatively affect your judgment or performance. The scientists observed the parts of the brain responsible for the implicit and explicit memories of the subjects.

Explicit memories are those that we consciously invoke and use, and when scientists disrupted the function of the part of the brain in charge of them, respondents made faster and more accurate decisions. 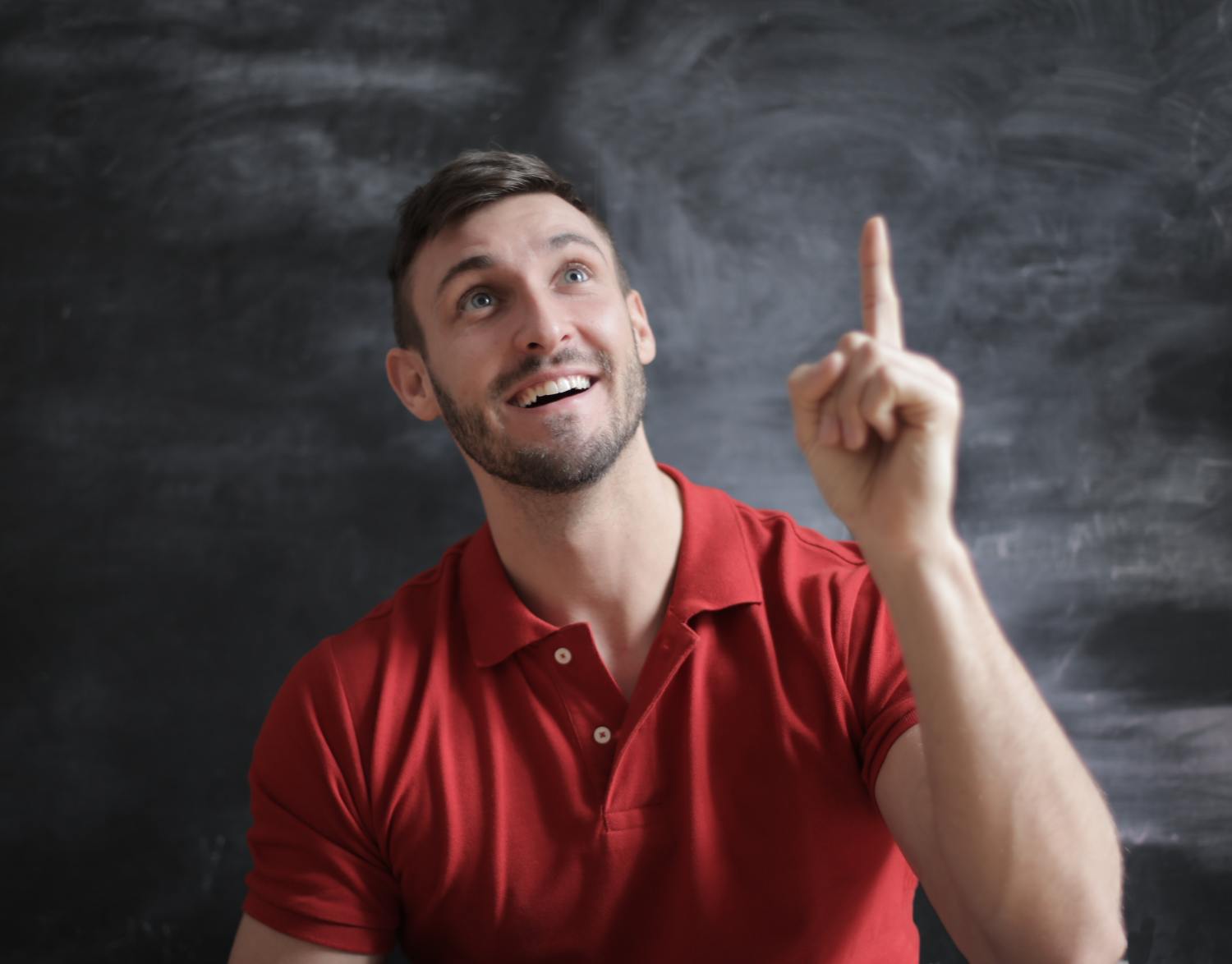 In everyday life, you can't rule out memories like in an experiment, but you can practice believing in yourself and your instincts.

Often that first idea, first decision or thought, is actually the best. Thinking outside the box allows you to free your mind and trust your inner voice.

What Is Thinking Outside The Box? 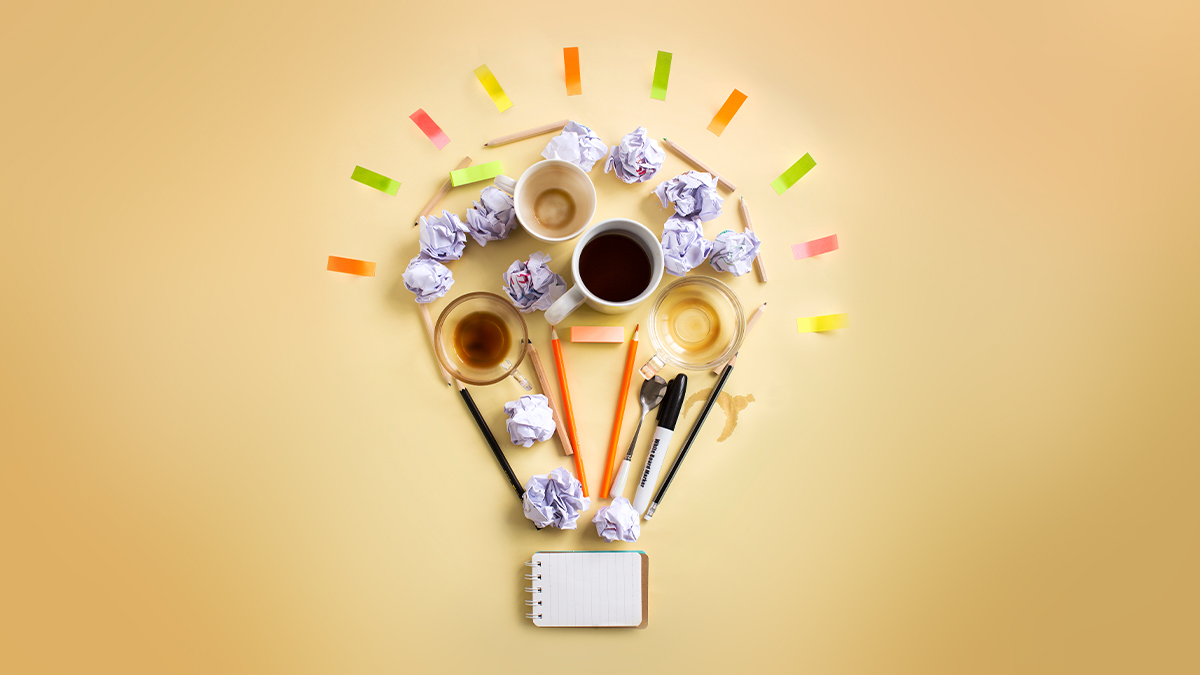 Thinking outside the box is the ability to find original ideas and solutions to problems and actually take what needs to be done to make them come true.

Why Is Thinking Outside The Box Important? 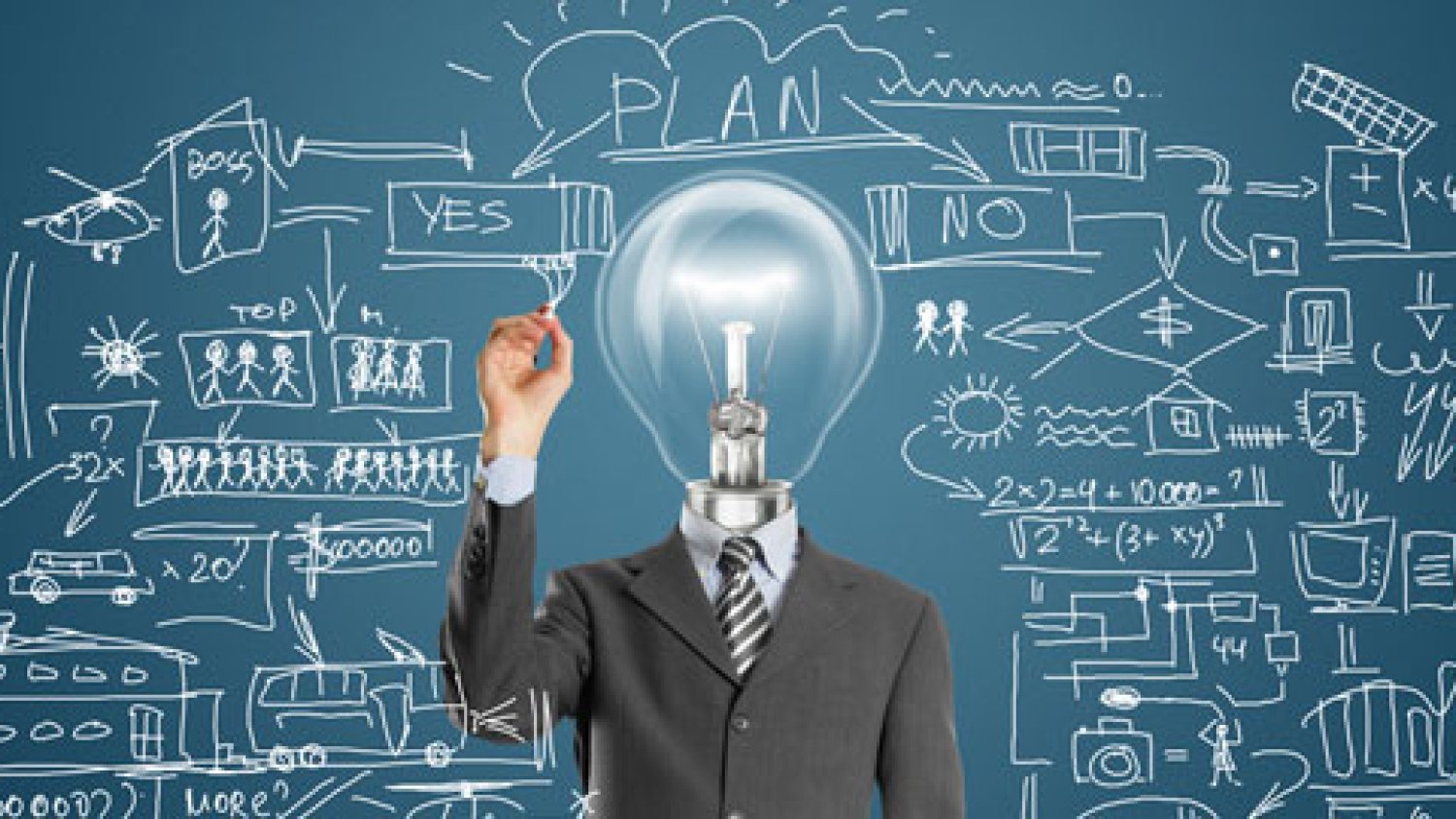 Thinking outside the box is just as important in education today as literacy, so it should be treated equally.

Why, you ask? Through thinking outside the box, a person is able to unite their senses, sensibilities, and spirit into joint action. In simpler words, children need to think outside the box in order to live a full life.

Thinking outside the box is also the way people of all ages influence the world and other people around them. Many difficulties will befall our children throughout their lives, and their generation will need to find and implement solutions to large and complex problems.

According to the World Economic Forum's Future of Jobs report, solving complex problems, critical thinking, and creativity are the three vital skills a child will need to develop. Moreover, creativity has climbed from tenth to third place in the last five years.

Although our children are still far from a public office or board of directors, today, political and business leaders around the world already emphasize creativity and thinking outside the box as the essential traits of a leader in the future.

Why Are Children Thinking Outside The Box So Easily? 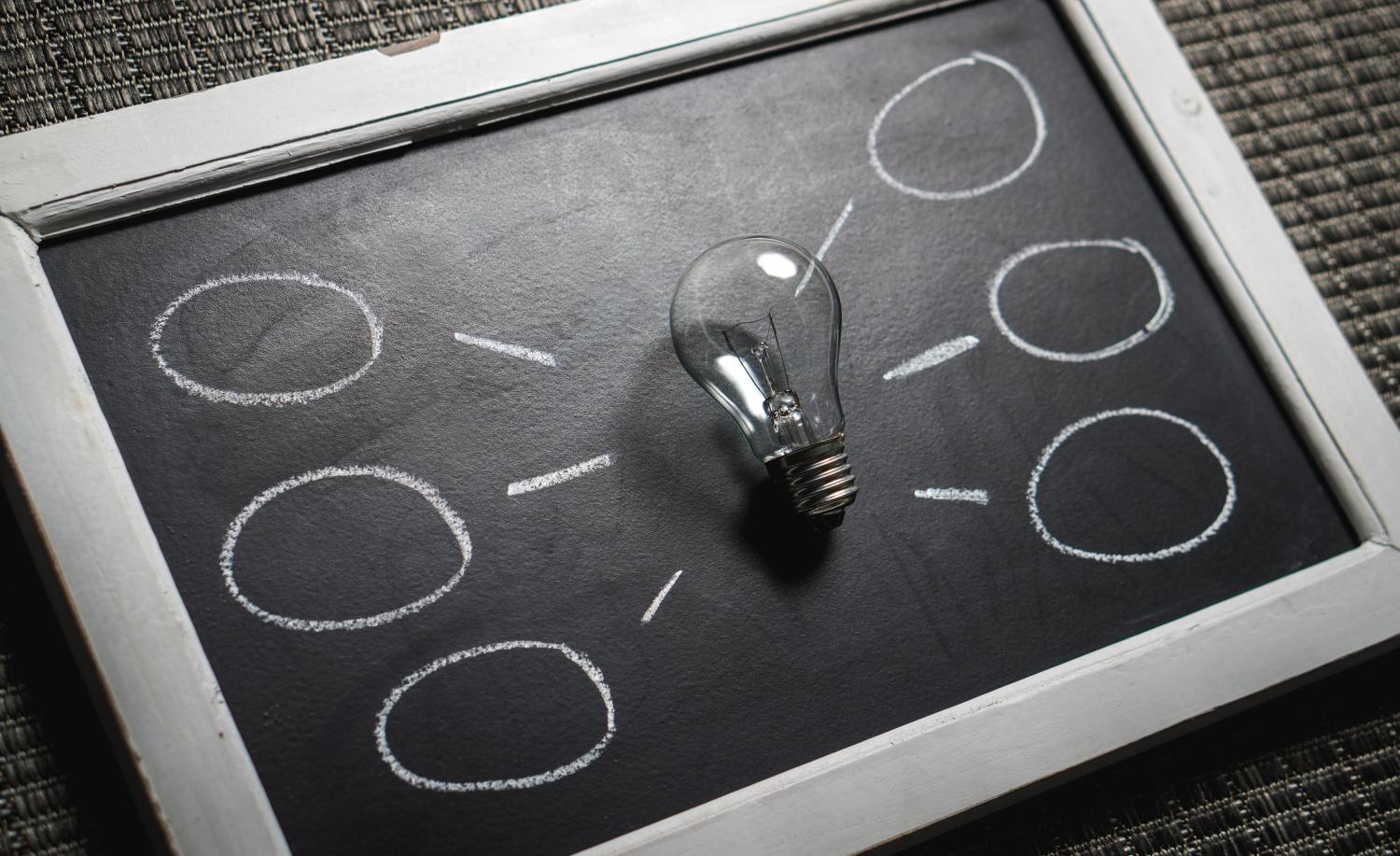 Thinking outside the box comes naturally to children, but it's hard to stay creative.

The thing is, people start their lives with habits that creative adults keep and build throughout their lives. Children are driven by curiosity, ask questions at every turn, and experiment and learn through play. They do not allow the usual or "right" way of using an object to limit the possibilities of its use. The bowl is indeed a bowl, but it's also a hat, an instrument, a matching chair to reach for a jar of cookies, and more.

And as we notice in children's behavior patterns, they are naturally driven by a desire to disassemble objects and transform them into other objects — fundamental actions in the creative process and thinking outside the box.

Unfortunately, this way of thinking often weakens or even disappears when young children start their regular schooling. 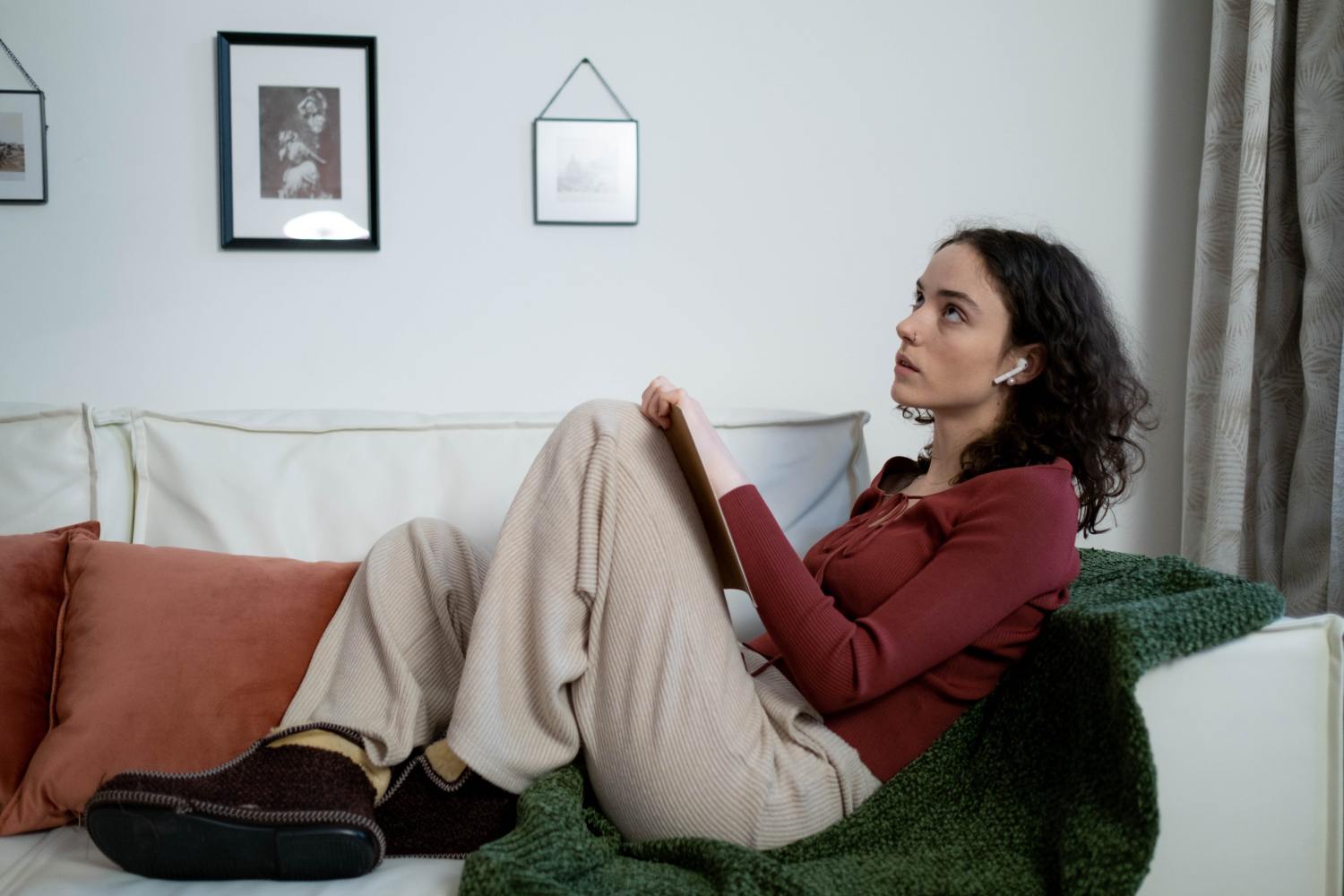 This loss is mainly caused by shifting attention from focused learning through play to direct skills. The more children are trained to accomplish something, and a particular correct answer becomes the learning goal, the more the mind narrows its focus and fears failure or poor performance.

"We have to get rid of the fear of failure in order to live a creative life."

It can't be said that there is no room for correct answers - we all need to learn that there is only one right answer when dividing 300 by 20. But suppose a child can learn to divide by playing with objects, pictures, and numbers before they learn the division algorithm. In that case, we can understand the fundamentals of math and continue to nurture his creative mind from right and wrong results.

What Can You Do? 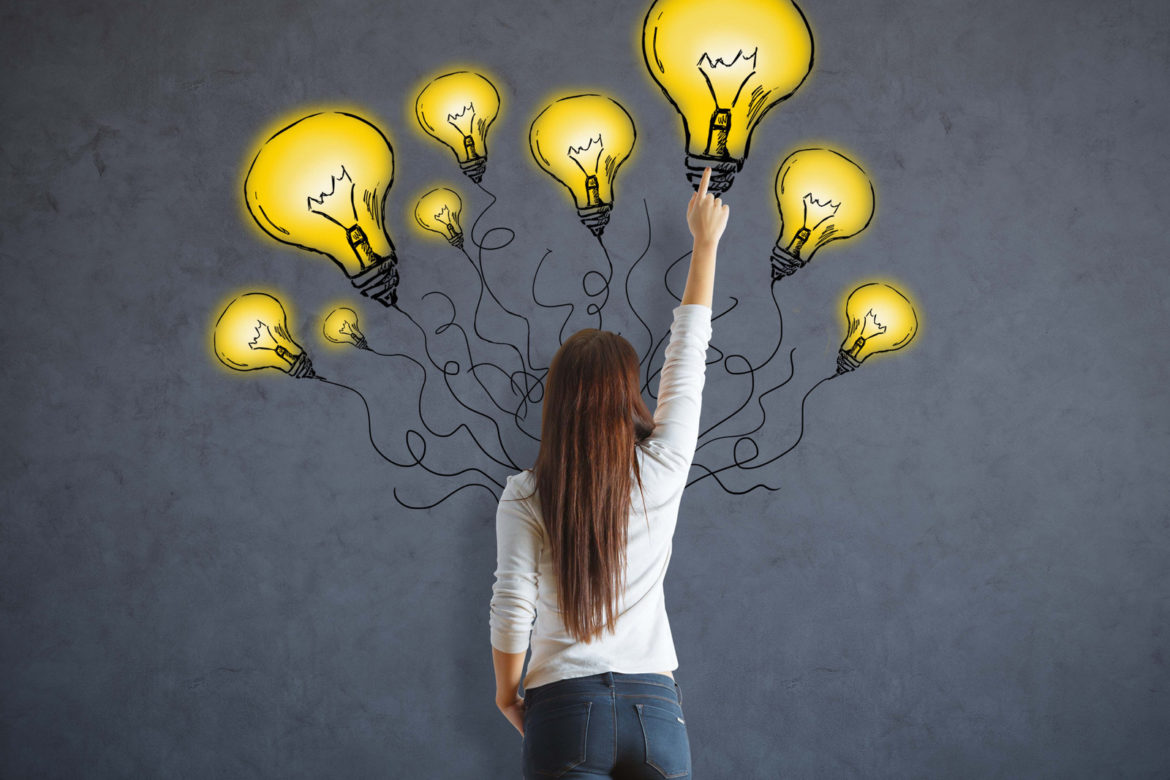 A particular object can be used in countless ways

Every problem has many solutions

The messier the better

We can take things apart and make new ones

These are all truths that children easily understand - they start life thinking that way. It is, therefore, our task to fill their creative minds with a multitude of experiences that establish these truths and to continue to support these ideas as a family.

"Creativity cannot dry up. The more you use it, the more you have it. "

Therefore, more creatively stimulating experiences are always better. Suppose we provide our children with such experiences. In that case, they will transfer those attitudes to their schooling, which will give them the best possible opportunity to continue to be creative into adulthood. And they will have no problem using thinking outside the box in life later on.

Practice Thinking Outside The Box 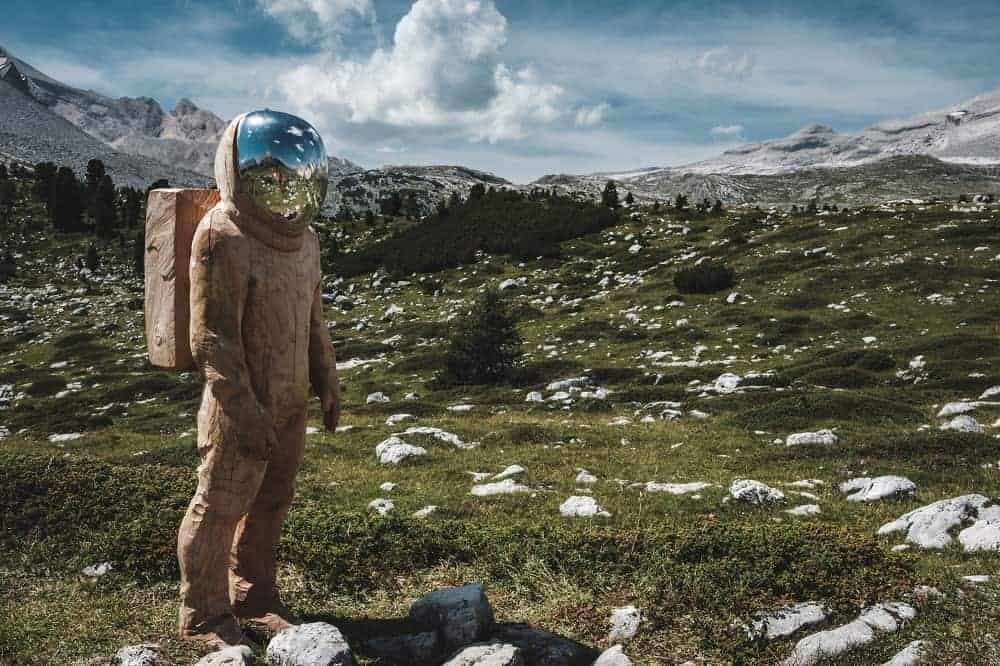 Start today by preserving your creative capacity. Try these exercises to nurture thinking outside the box:

Play meaningful games. Human creativity needs some kind of a stepping stone. Make sure you challenge your thinking mind with games and puzzles and take advantage of it.

Choose one truth or aspect of your reality and question it every week. How do you contribute to establishing that truth? How can you inadvertently undermine it? Focusing on each of these truths can lead to changes!

Encourage yourself to make a mess. Not all of us want to become as messy as others (we all have different sensory systems). But great wisdom is contained in the saying that says, "Play messy today, think messy later (freely)." So, you can either make mess figuratively or literally. You can get creative and mix together different colors, patterns or make a collage, to give yourself a chance to feel more comfortable when you behave freely and explore a wider range of possibilities. In short, that is a green light to play outside the box so you can think outside the box later. If you are not comfortable with making a mess, play with your thoughts. No limitations!

Destroy things. There is great value in destruction - it is one of the key creative actions. Explore your dexterity and cultivate thinking outside the box.

Remember, every object is infinitely many times usable in the creative mind. Practice using everyday objects in new ways.

Apply a creative way of thinking to yourself. If you have a creative experience, share it with your children or creative friends. Try, fail and retry. It's actually fun once you relax!

In the end, here are three critical traits by which people who think outside the box stand out.

People Who Are Thinking Outside The Box Have Ideas 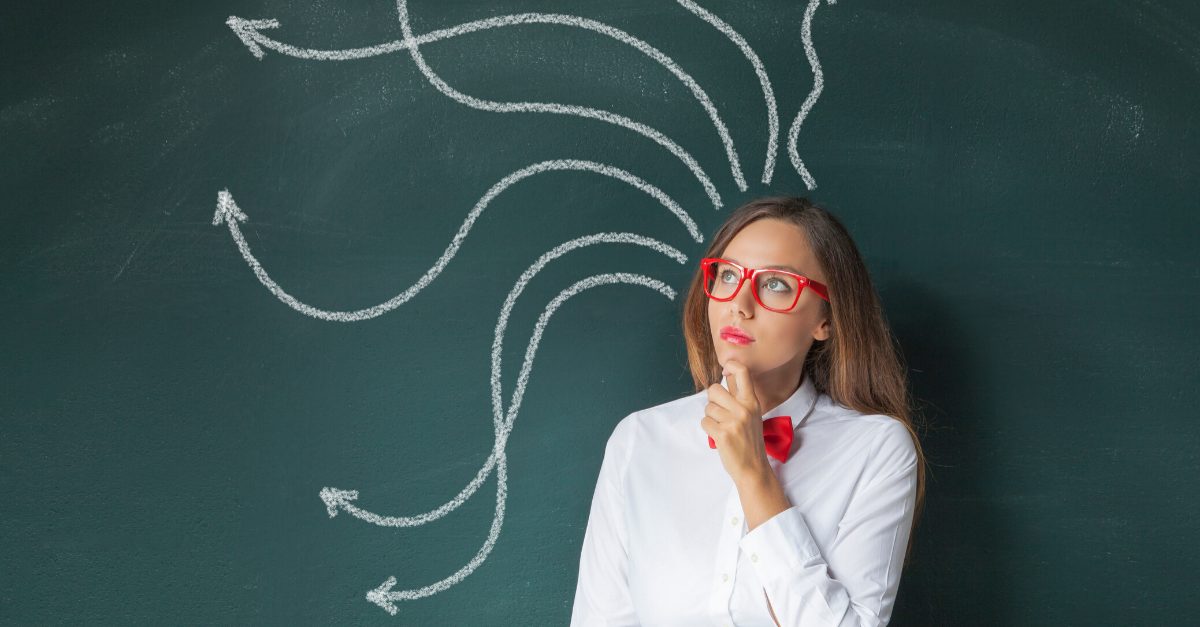 They combine the world of abundance they carry within themselves with the various sensations they receive from the outside world. They observe, think, brainstorm, but they also look for solutions, shortcuts, possibilities in themselves, and that is how ideas appear to them.

They also combine the knowledge they have acquired so far and shape it into a new one. That is why they are always exciting and give a new angle of looking at the thing. Their world, however, is not complicated.

On the contrary, they are very simple, and that is why they teach everyone around them to be the same so that they can use everything they know in creating new knowledge, solutions, and ideas.

They Start The Realization Immediately 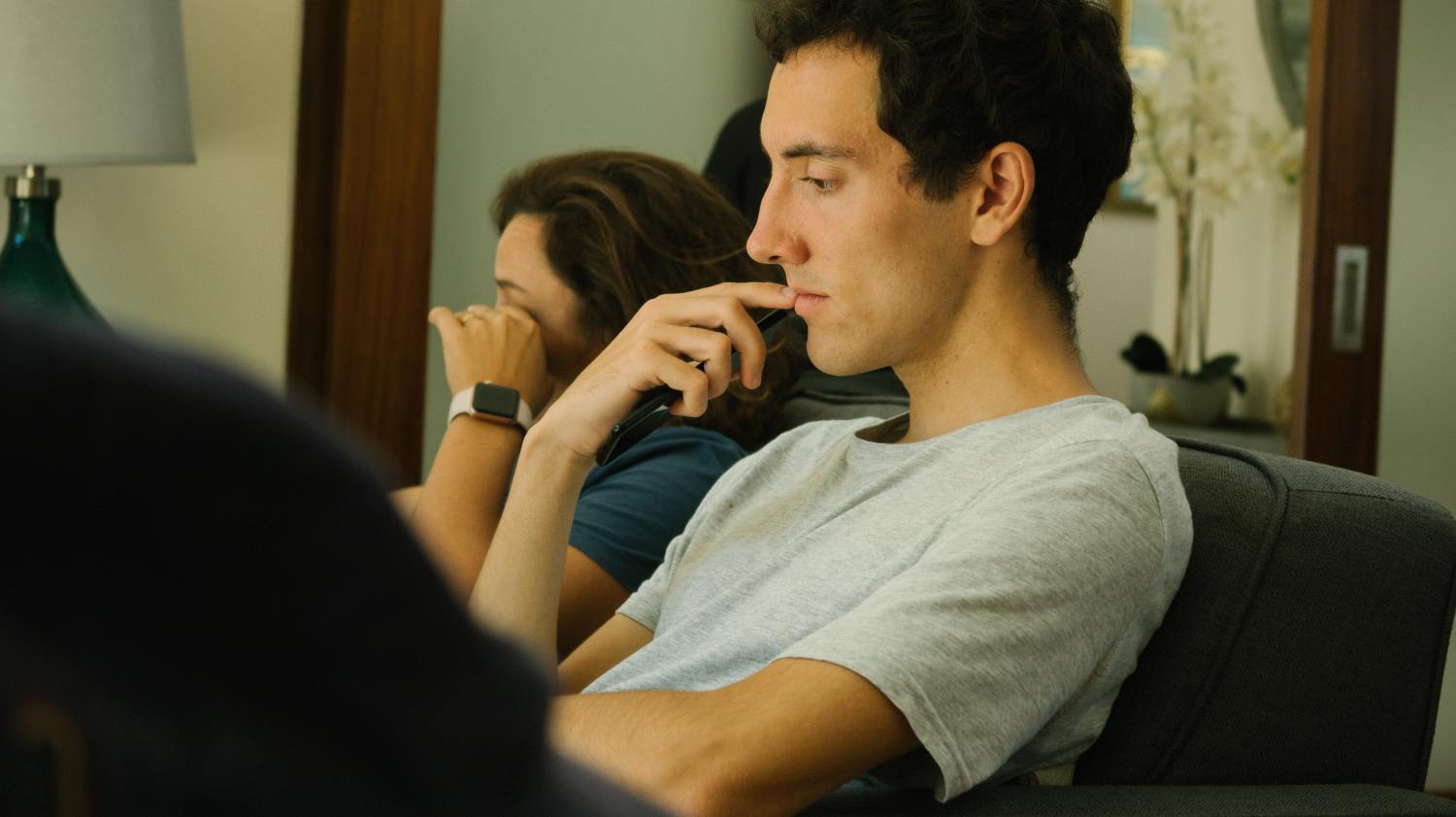 Although they often have many ideas, they know that an idea loses value if not realized.

Therefore, from the abundance in themselves and around them, they single out the best ideas and are not afraid to try to realize them. They know very well that realization is a matter of process, that it is a path with its obstacles. But they understand every obstacle as new knowledge from which they learn further. They see the road as an adventure and thus overcome fear. Because of that, such people do not see themselves as superior but satisfied.

I would say again that they simply know that it will be wonderful if they realize their idea, but they will be perfectly fine even if they fail. Because, first, they tried and did their best. And secondly, if they fail, they will learn something good and valuable from it.

They Are Focused On "I Can" Instead Of "I Can't"

A key feature of people who think outside the box is their belief that they can do something and concentrate on the solution instead of the obstacle. They come up with ideas because they believe in their realization. They strive to realize ideas because they think they can.

Creating ideas and the path to their realization is just overcoming NO and I CAN'T and an endless choice of YES and I CAN. The satisfaction with the life they feel is proof that it is not a matter of mere enthusiasm but a clear attitude to life and readiness for change and enjoyment of the diversity that each day brings.

Methodological Steps To Start Thinking Outside The Box: 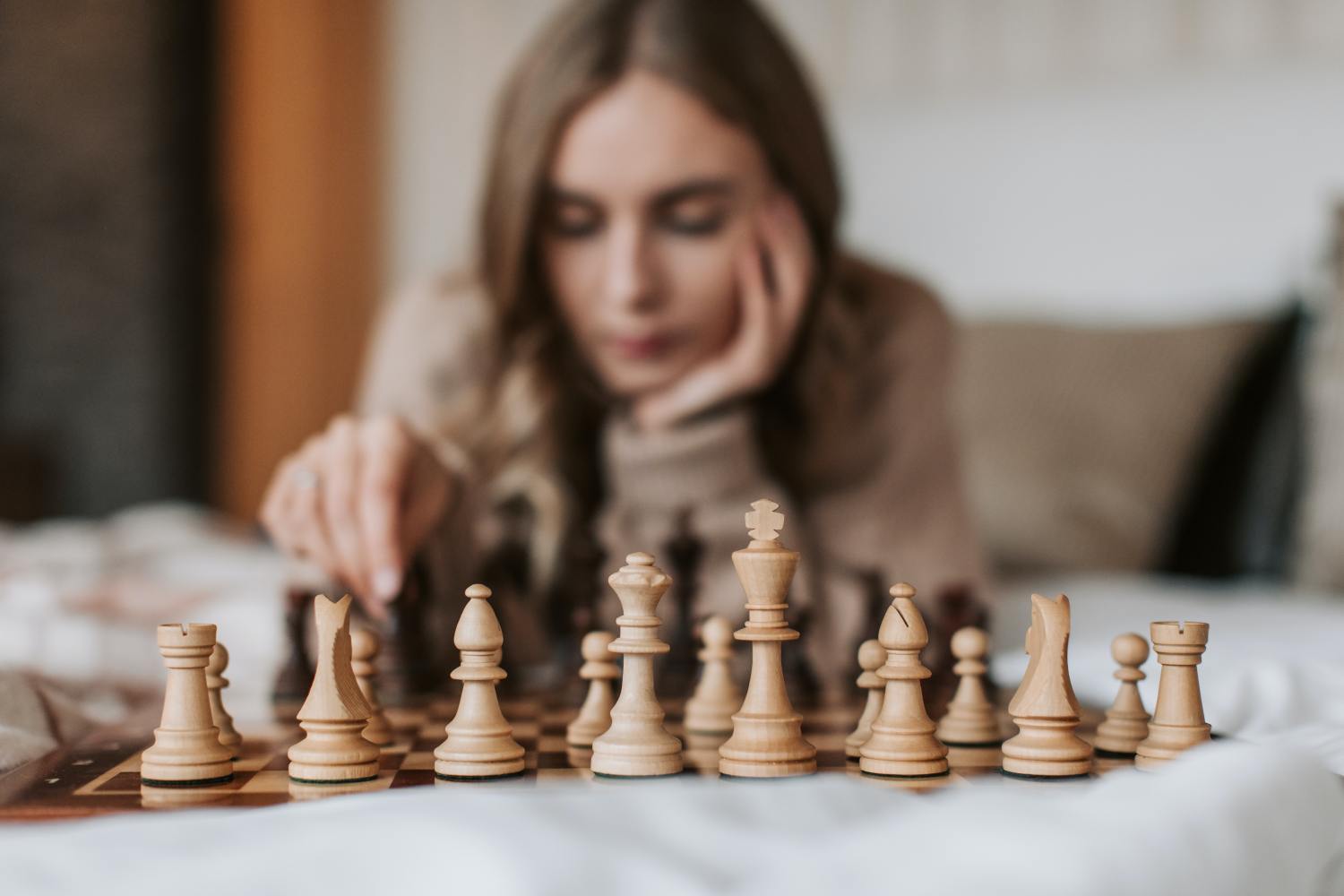 Step away from established patterns of thinking and clichés.

Express doubts about what is acceptable.

Don't miss out on new ideas and see what comes out of it.

Search and find new entry points that can serve as starting points. 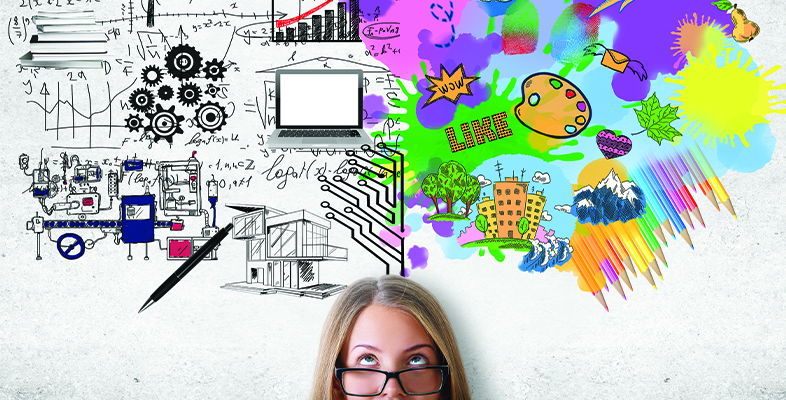 A birdcage as inspiration for a skyscraper. Bicycle as an inspiration for a plane. Who would have thought that? Only those who keep their eyes and ears open at all times, who believe that inspiration can be found just about everywhere, are ready to go beyond their frames and explore the world around them with an open mind.

Go out, explore, try. Don't stay locked in your boxes.

How To Keep Your Vagina Young And Happy

Powerful Vulva Hug Meditation: Everything You Need To Know