Have you ever heard that there are straight lines (other than latitudes and longitudes) that cross and crisscross the globe, meeting at certain special points? If this sounds new to you, we are talking about ley lines or the earth's "energy bands" according to those who believe in their existence.

The first theory about ley lines came about in 1921, and Watkins discussed it in his book, The Old Straight Track. Apparently, the Hereford resident knew the country's ways like the back of his hand, which helped him notice some strange patterns about the locations of popular sites.

Since putting forward his findings, the debate on whether these mysterious lines exist or not has never ceased. If anything, it seems to get more hated as times go by.

Obviously, the fact that there are claims that these lines connect many important and sacred sites has made them an interesting and controversial topic. 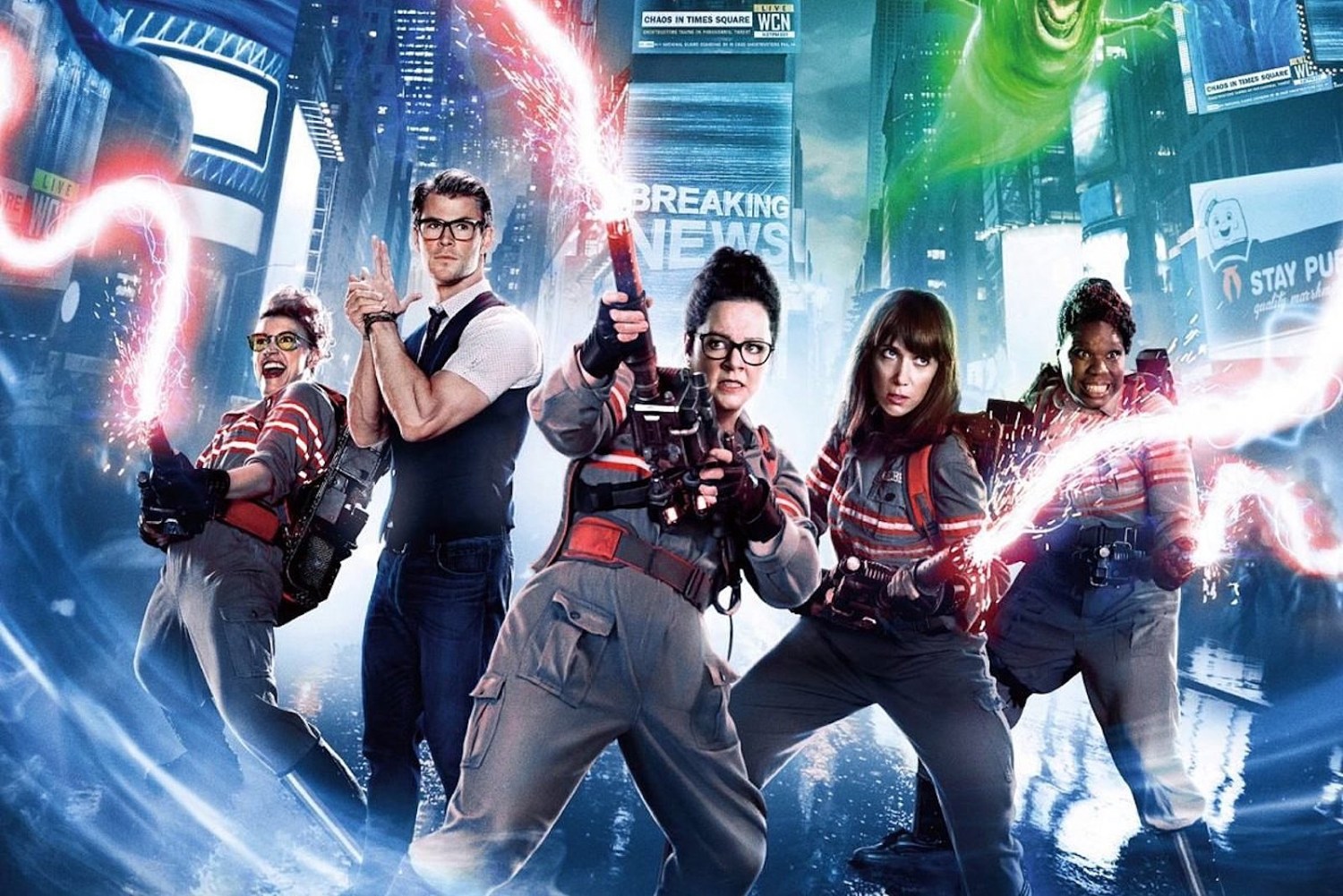 The more important question is: what role do ley lines serve if at all they even exist. We already know that 2016's Ghostbusters remake was based on Ley Lines.

Alfred Watkins, an amateur photographer, and archaeologist came up with the concept after realizing that certain ancient sites were somehow aligned.

On some level, that makes sense, as this can be explained by how roads connect two important destinations together. However, things got out of hand when believers in supernatural forces embellished the concept with their own opinions. 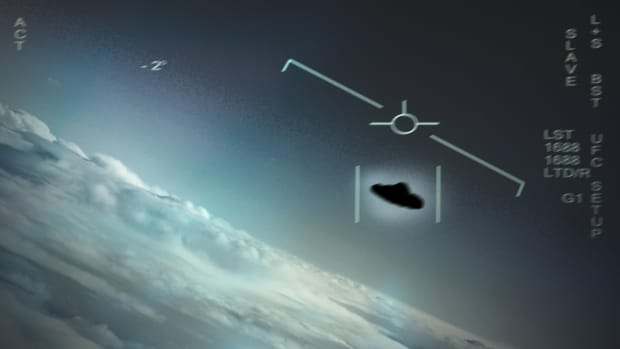 Some ley line believers insist that key monuments have an energy highway that links them together. Others go as far as claiming that the lines can help explain UFO landings. This idea is promoted by Earth Mysteries, a movement that strongly believes in the power and the existence of these lines.

A lot of people also believe that healing powers exist where these lines meet. With all these bold and far-fetched claims, it's little wonder archaeologists think that ley lines are nothing more than pseudo-science.

There is no doubt that there appear to be lines connecting important monuments around the world. Some of these sites are artificial, while others are natural. By any standards, it's intriguing that these lines connect these important landmarks.

However, claiming that the lines are linked to alien explorations is something most people have a problem with. 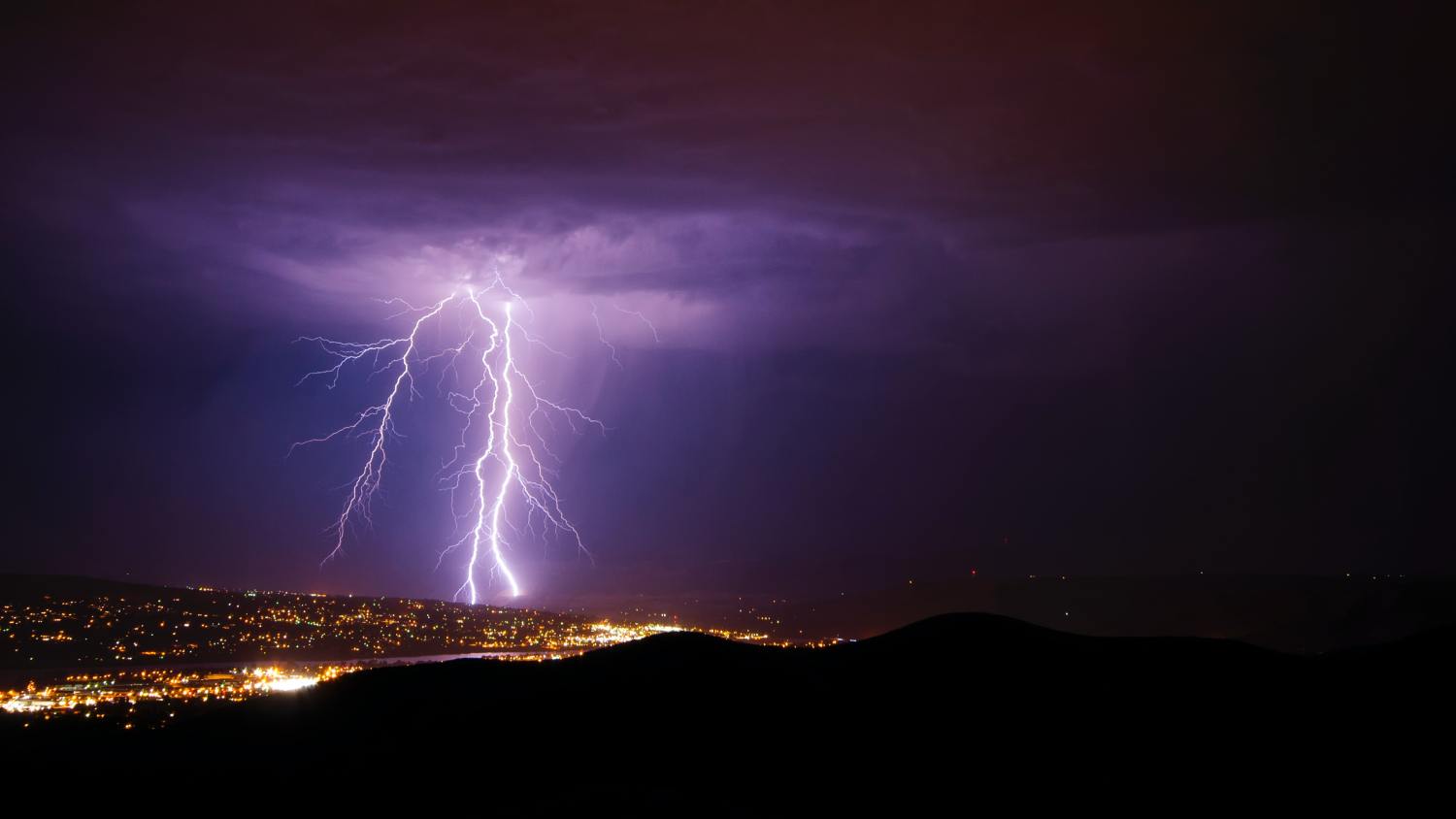 these supernatural lines supposedly connect the universe through monuments and landforms

Initially, Watkins called these lines "leys," Later, they were known as "ley lines." He did not go to the extent of saying the lines had any supernatural meaning.

So, it's hard to understand why people attach some mystical significance to them and claim that the lines have some sort of supernatural powers.

Apparently, the lines stream supernatural energy that we can harness at the points where they intersect.

As you can guess, this has drawn a lot of skepticism.

However, all Watkins claimed was that many monuments around the world could apparently be connected using a straight line. 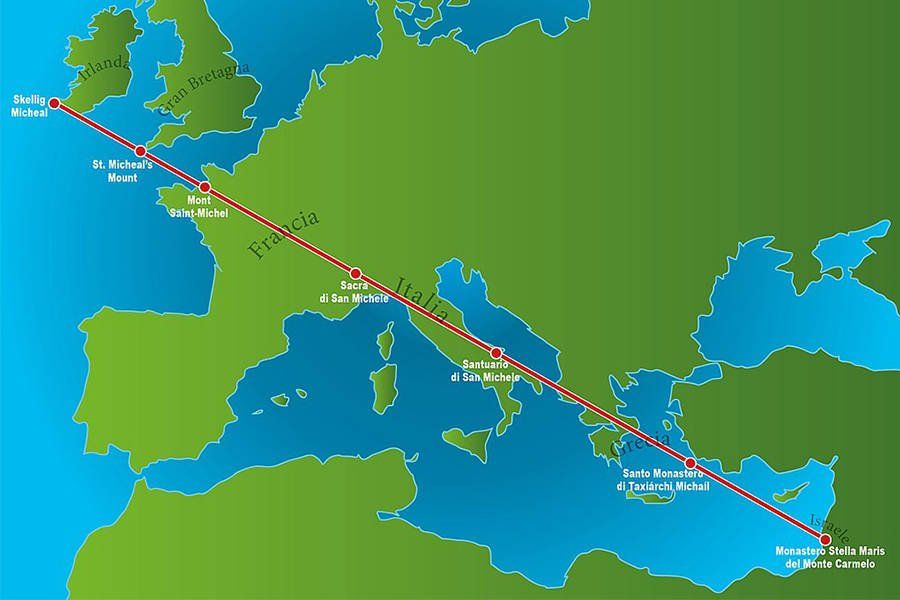 As an example, there are features with the name "Michael" between Israel and Ireland that can be connected using a straight line.

Watkin's Theory Has Many Critics 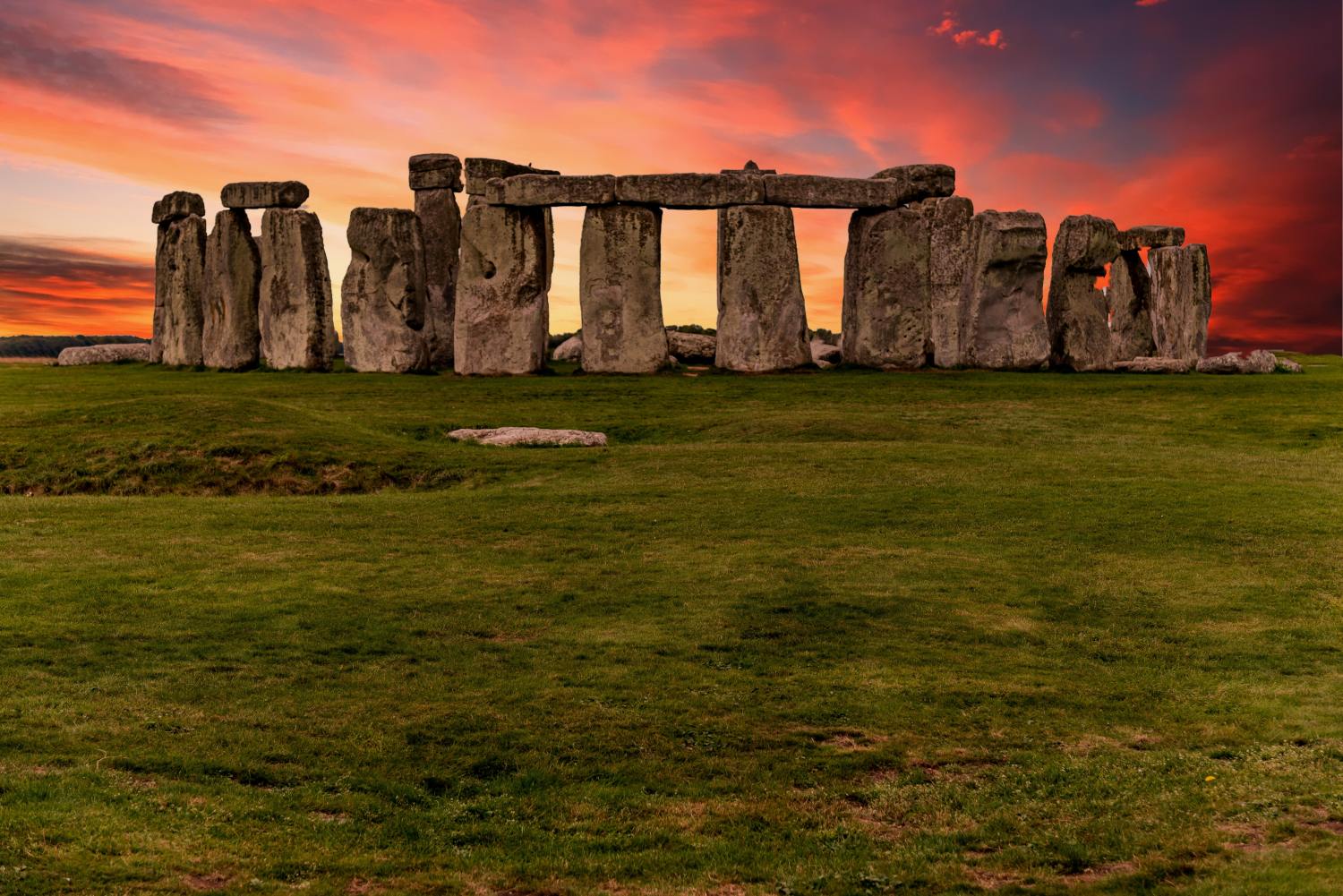 these supernatural lines supposedly connect the universe through monuments and landforms

How the lines connect (according to Watkins) is also an issue of contention.

Based on the ley lines theory, some of the most notable features lying along the ley lines include the Great Pyramids of Giza, Stonehenge, and Chichen Itza. Some conspiracy theorists argue that Stonehenge is an energy portal found smack in the middle of a ley line.

Without a doubt, these are mysterious wonders that intrigue archaeologists to this day.

Proponents of ley lines believe that they lie at "energy pockets" helps explain why these structures seem to have defied the laws of architecture that existed when they were created.

To some extent, the lines are geographically accurate. However, that has not won everybody over.

According to one such critic, Paul Devereux, supernaturalists believe in them only because they were mentioned in an occult book. He also argues that the reason the monuments align could be a huge coincidence.

Another critic, Jeff Belanger, argues that because the lines can be of any length or location, they lack validity.

That aside, the idea that ley lines exist has fascinated many people, especially those who believe in the supernatural. To many, the lines explain paranormal events in addition to explaining many monuments featured in sci-fi movies or novels. 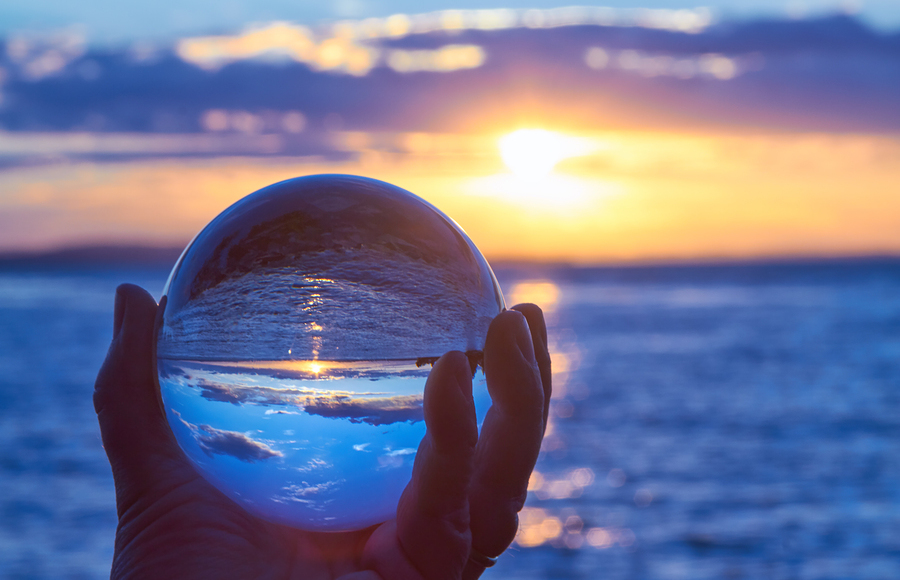 Oddly, there are more and more people coming out to declare their belief in the existence of ley lines. Although they are still not discussed in geography textbooks since they have no scientific basis, psychics and others argue that they can feel or sense the energy in these lines.

These people have taken the idea a lot further than Watkins intended. As far as he was concerned, these lines reflected a prehistoric system of trading routes or tracks. However, his critics argued that straight trade routes were impractical, making his suggestion less credible.

Also, considering that there are practically thousands of possible points around the globe that can be connected using ley lines, it's hard to make the concept gain widespread acceptance. For instance, the Great Wall of China, which is thousands of miles long, can connect to many "important" places around the world. 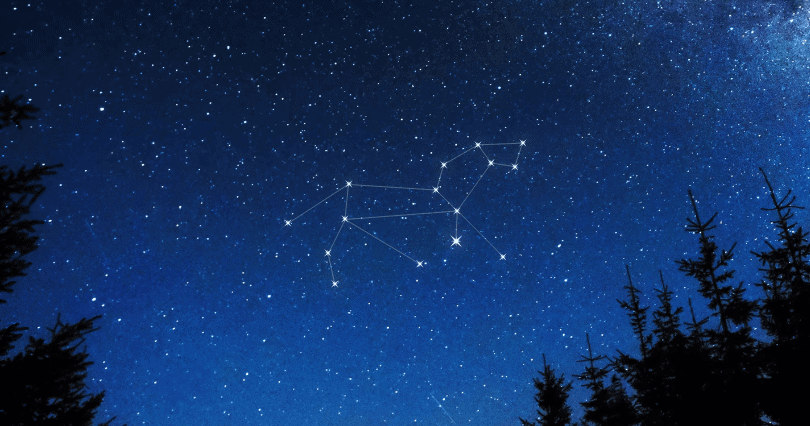 Many people compare ley lines to lines that connect constellation patterns, such as the Big Dipper. Honestly, these line patterns only mean something because we want them to. It is not necessarily because their intention was to reveal some mystical truth about the universe.

Similarly, the monuments and sites connected by these lines were constructed based on practical issues like the availability of materials. Those constructing these sites could not have known that there were structures aligned to them thousands of miles away.

The most genuinely intriguing thing about ley lines is that they prove that our minds have an incredible ability to find interesting patterns in the world around us.

Sure, that can sometimes mean we have unearthed a secret we have been missing all along. However, the patterns might also not mean as much as we want them to.

So, what do you think about ley lines? Are they an interesting coincidence or a profound supernatural mystery?