The world is facing massive unemployment. It will take years, perhaps even decades, to get back on our feet since there's no hope that the pandemic will end soon enough.

And people are doing their best to find other options, to make enough money for necessities. OnlyFans is a platform predominantly made of women posing in lingerie and living their subscribers' fantasies.

BuzzFeed interviewed nursing students who joined OnlyFans because there's not much they can do. 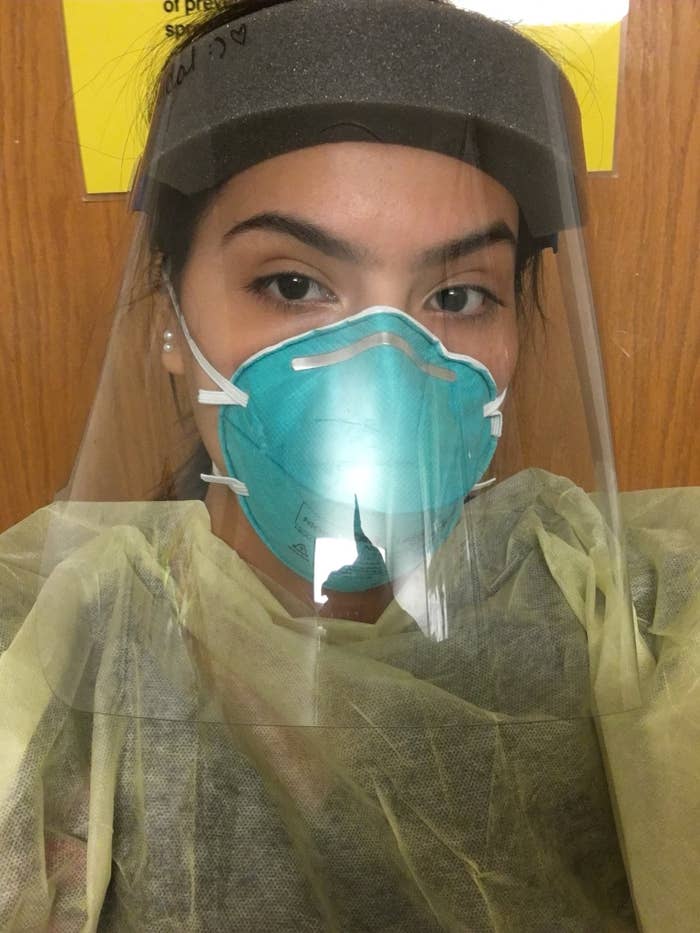 Speaking about keeping her two identities separates, she says:

"Best of both worlds, but you keep them separate. You don't mix business with pleasure."

A 20-year-old student from Florida worked at a university hospital until she got fired. Her situation is a reality for many young people since lockdowns are all over the world, yet there are still bills to pay.

"I feel like I'm walking on a tightrope with being blindfolded while holding two pounds of oranges... No matter where I'm going, I'm either going to fall to the right or to the left, but I have to keep going straight."

The daughter of immigrants from Peru says that she will use whatever God gave her to make her parents proud. Sex videos weren't part of her plan, but neither was Covid-19.

So, who's Clara? The young woman says:

"[I'm the kind of person] who thinks the whole world is watching, and what I'm doing with OnlyFans, in a way it's true. It.'s the future that holds me down, and then expectations, making sure I don't disappoint anyone. What's going to happen now? You know."

There's no way to know what will happen to any of us, but you know the saying. There are two things we can't avoid: death and taxes. Or in everyday situations, shopping for foods, clothes, hygiene products, and it all costs. Clara put it truly well:

"At the end of the day, nobody is paying my rent for me; nobody's gonna pay my car insurance, my phone bill, my cat food. Nothing. I have to do it. And it's been so helpful."

Troubles of a single, 30 something woman 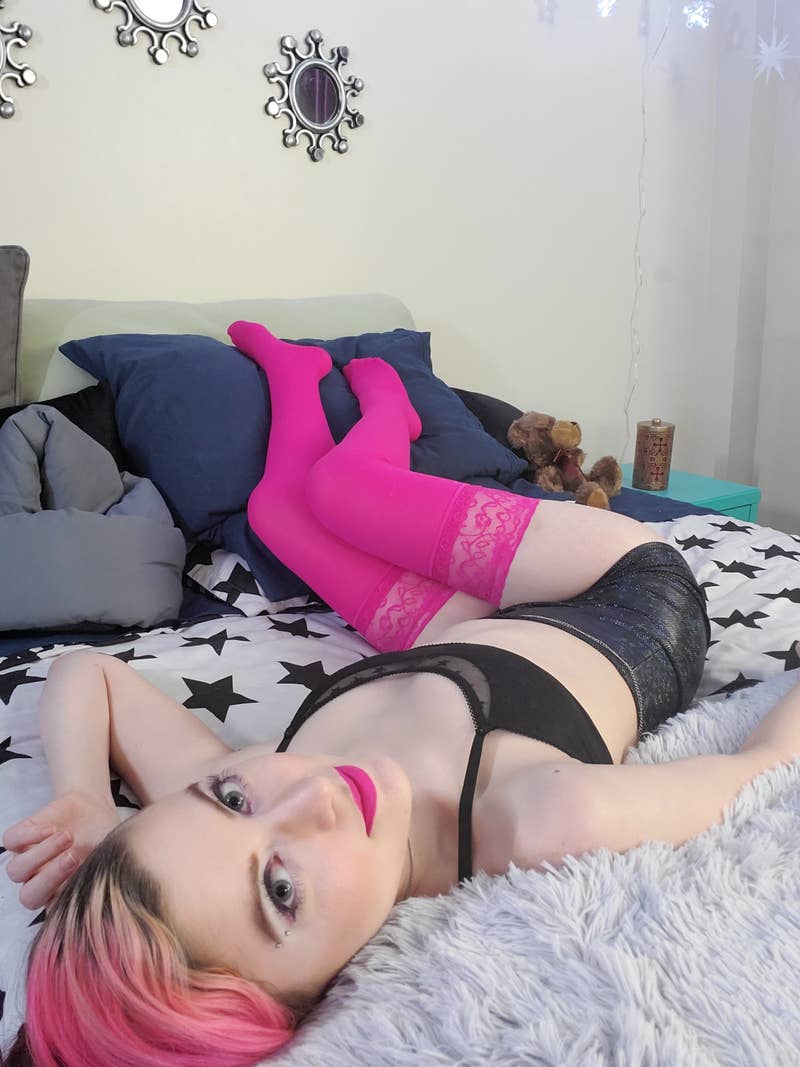 Michelle Bleimeyer was fired from her job as a home-care nurse. She had a job when the pandemic started, and to this day, she's not sure why she got fired.

"One was an office manager, and the other was an accountant... I think that was part of the problem. I think they were both a little bit on edge from working from home, and that's part of the reason why I got canned."

Bleimeyer is suffering from anxiety and depression, so she needed a break. And on Twitter, she learned all about OnlyFans.

"People who were not sex workers started using OnlyFans and became sex workers due to losing their other jobs during COVID-19. Again, you see sex work, as it often is, as a sort of gig of last resort for people."

"This is the way it's always been. Not just during this pandemic. For a lot of the people ... sex work is not necessarily their only occupation, or the main occupation even, it's this emergency source of informal income that they can get when they're in a bind."

Bleimeyer posts semi and fully nude photos, videos, and so far, it's better than expected. She chats with subscribers through messages, and people are mostly polite:

"Actually, they ask before they send their dick pics. It has been a very lovely experience. That's what I was most surprised by." 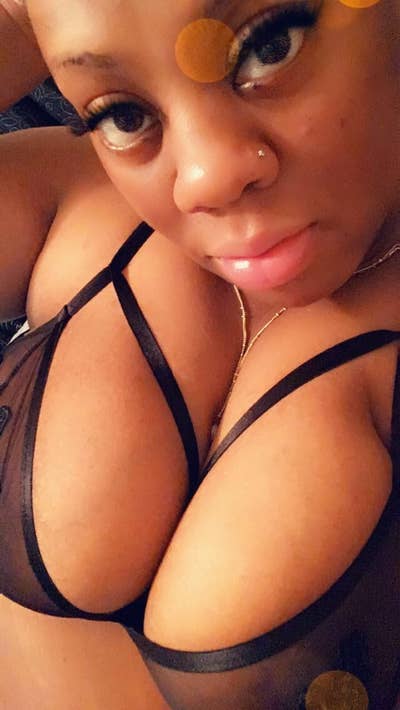 Mia is a certified nursing assistant, but she lost her job in April while she was eight months pregnant.

She already posts provocative pictures on Twitter or Instagram, so joining only OnlyFans was not difficult for her:

"I guess to just garner attention and get people's curiosity going, like'OK, I see what she's doing over there."

Mia saved some money, decided to join the adult platform after seeing her friend making a lot of money. She simply states:

"I already post borderline explicit content on my social media, so why not get paid for it?"

Working while posting on OnlyFans

Nikki went back to nursing school this spring. She didn't want to take student loans, so she joined OnlyFans.

"I've heard nothing but bad things about student loans...I just don't do the payments, never have, never really want to. It's stupid to pay extra for something I could just pay for now and pay less. Interest is crazy on school loans, especially."

She likes working for the platform since she's in an accelerated program, so she needs all the time to study.

For Nikki, things are more comfortable, and it's just business as usual. The platform takes 20 percent of the earnings, so really, it's not much different than driving an Uber, which was Nikki's job before the pandemic.

All the ladies went through the same issue: what should be my first post?

And all agree that you have to study, Google, and watch Youtube videos, to get into the minds of your future subscribers.

Nikki joined Reddit to learn about financial domination, a sexual fetish where submissives give money or gifts to their master. She now has 58 "slaves":

Bleimeyer compared the website to others after experiencing abuse:

"It's different than just being a woman online because that's its own special harassment."

"You're more quickly discounted, you're just written off immediately to some people."

Clara faced similar experiences, and she learned one lesson: don't talk about politics.

All women feel a bit isolated because they have these lives, which are not for the public.

"Going into nursing and OnlyFans is not really a great mix. You can get in trouble for that."

Nikki said, adding that she believed it was possible to lose your license:

"I'm very wary about it. I don't want ever to lose my license if I go to school and pay all this money."

And Clara has one message for all of us:

"Just because I'm someone who's basically a cam girl doesn't mean that I deserve less than anybody else. People have to stop being so judgmental. We're in hard times right now. The way people choose to support themselves is their own business."

If it's good enough for celebrities, we should stop giving regular women a hard time over something on your screen. We all watch adult movies anyway, but this is much more innocent.

"If it's not hurting you, then why is it such a big deal?"