Auli Kyllikki Saari, a 17-year-old Finnish youth, met a tragic end in 1953 in one of the most notorious murder cases in the history of Finland. To date, the homicide that took place in Isojoki remains unsolved. 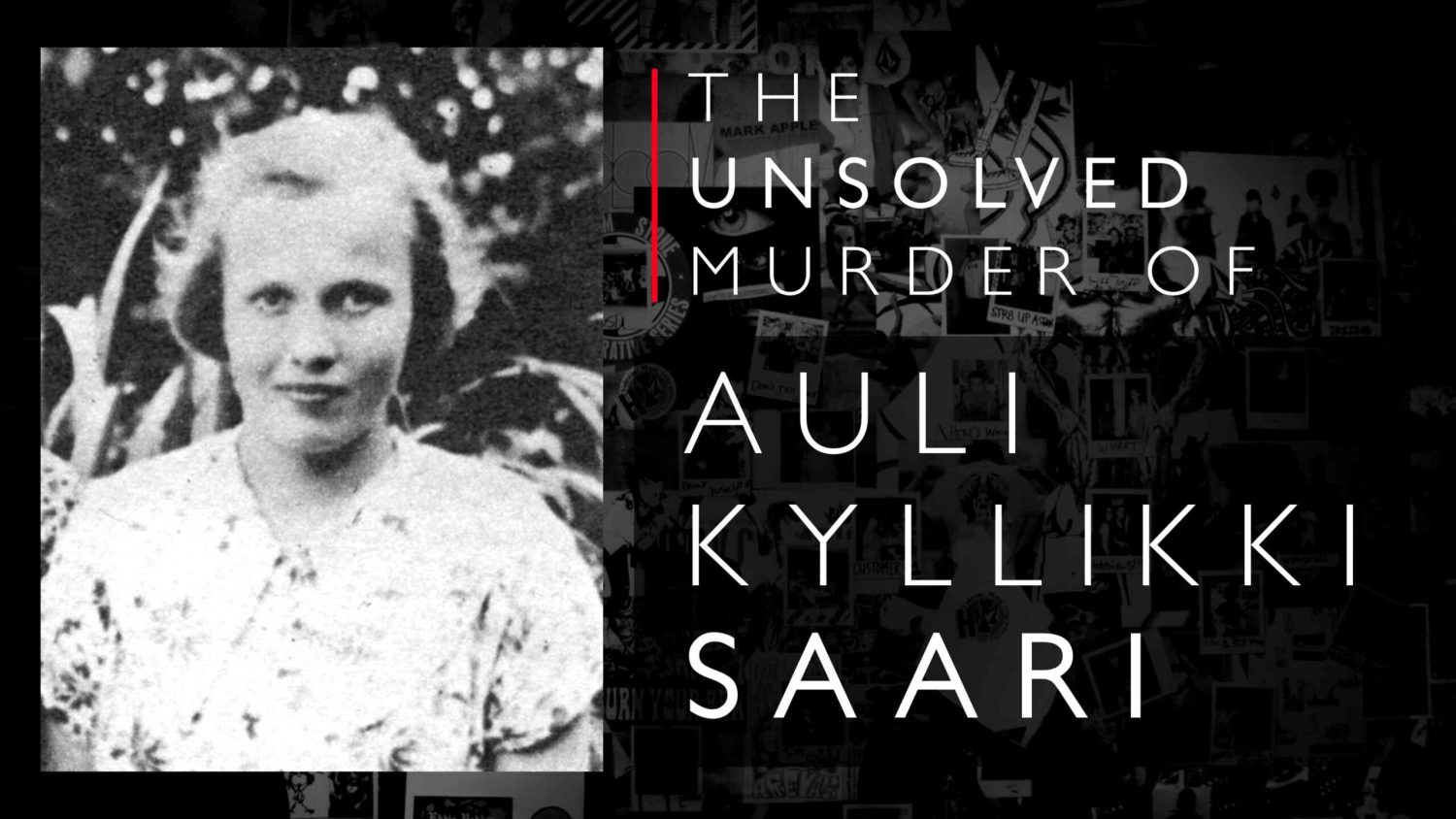 The Murder Of Auli Kyllikki Saari 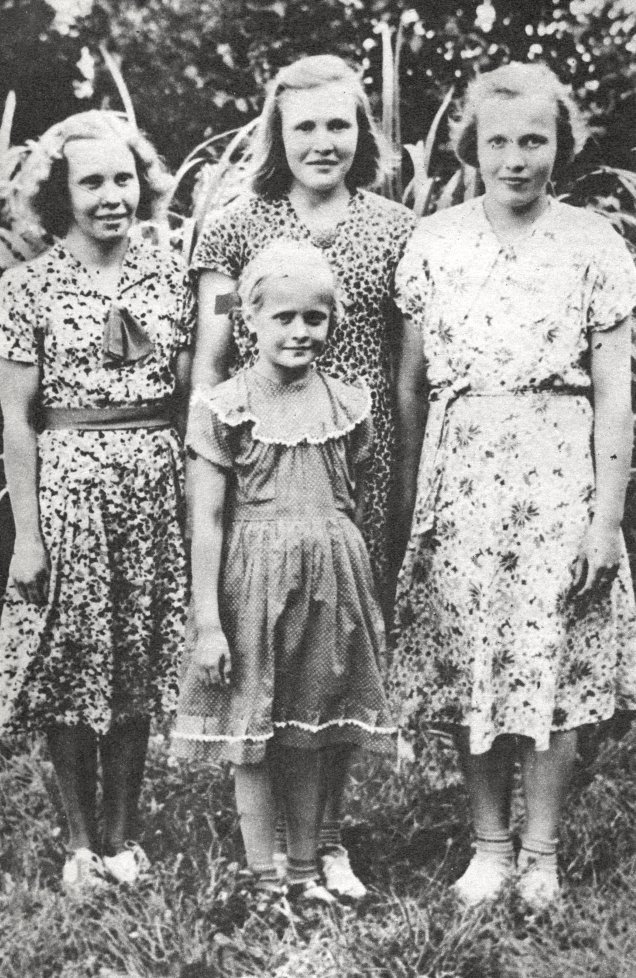 On May 17th, 1953, Auli Kyllikki Saari rode her bicycle to the chapel. She was employed at the church office and regularly attended prayer meetings. On that particular day, Auli mentioned feeling exhausted and wanting to take a break, which was perceived as unusual by those around her. However, she and her friend Maiju were permitted to leave the prayer service early and they set off for home together on their bicycles.

As they were making their way home, the two girls parted ways at an intersection. A man named Tie-Jaska saw Auli continuing on alone, a mile further. He was the last person to see her alive. A missing persons report was filed a couple of days later, as the church authorities were not initially concerned about Auli not returning home that Sunday. Later, Maiju reported that Auli had seemed anxious and depressed throughout the day.

In the days following Auli's vanish, individuals reported observing an unusual off-white vehicle equipped with a bicycle in a nearby trunk, while others stated they heard cries and sobbing for assistance near a lake in Kaarankajarvi.

The investigation authorities suspected that the perpetrator may have had sexual intent, but no proof has been presented to back up this theory.

There were several persons of interest, including a pastor, a police officer, and a trench digger, however, no connections were found from investigations into their involvement. Auli's killer seems to have gotten away with their crime.

Initially, the main suspect in the case was Kauko Kanervo, a local pastor who was under investigation for several years. Kanervo had relocated to Merikarvia three weeks before the murder, and had been seen in the area on the evening of Saari's disappearance. However, Kanervo was cleared of suspicion due to having a solid alibi.

Hans Assmann was a German national who immigrated to Finland and later Sweden. It was rumored that he was a KGB spy, but it is a known fact that he resided in Finland during the 1950s and 1960s.

Assmann's wife reported that her husband and his driver were in the vicinity of Isojoki at the time of the murder. Assmann also owned a light-brown Opel, the same type of car that multiple witnesses had reported seeing near the crime scene. In 1997, Assmann allegedly confessed to a former police officer, Matti Paloaro, that he was involved in the crime and took responsibility for Auli Kyllikki Saari's death.

Assmann's account to the officer was that the death was caused by a car accident, in which his car, driven by his chauffeur, collided with Auli. In order to cover up the driver's involvement, the two men made it appear as if it was a murder.

According to Paloaro, Assmann stated on his deathbed, "One thing, however, I can tell you right away... because it is the oldest one, and in a way it was an accident, that had to be covered up. Otherwise, our trip would have been revealed. Even though my friend was a good driver, the accident was unavoidable. I assume you know what I mean."

The spouse of Assmann stated that one of the socks of her husband was not present when he returned home on the night of the murder and his shoes were moist. Additionally, there was damage in the vehicle. Mrs. Assmann said that a few days later, Assmann and his chauffeur departed again but this time they were carrying a shovel. Later, detectives inferred that the killer of Auli must have been left-handed, and Assmann was known to be left-handed as well.

Assmann was also suspected of committing the Lake Bodom killings, which took place in 1960. However, according to law enforcement, he had an alibi.

Vihtori Lehmusviita spent extended time in a psychiatric hospital and passed away in 1967, after which the investigation into his case was halted. At the time, the police primarily considered a 38-year-old resident of the area as the perpetrator. In the 1940s, Lehmusviita was convicted of a sexual offense and was diagnosed with a mental illness.

The police believed that the killer received assistance and concealment from the 37-year-old brother-in-law of Lehmusviita, who had a criminal record. The alibi of the suspect was provided by his mother and sister, they claimed that he went to bed early at 7:00 PM after consuming excessive alcohol on the night of the murder.

During questioning, Lehmusviita stated that Auli was deceased and her corpse would never be located. Later, he recanted his statement, asserting that he was misconstrued. The suspect and his brother-in-law, who was believed to be an accomplice, were questioned in the fall of 1953. Soon after, the brother-in-law moved to Central Ostrobothnia and then to Sweden.

Lehmusviita was interrogated on two occasions. During one of them, he was in a psychiatric hospital receiving treatment. When the provincial criminal police came to question him there, the interview was terminated as Lehmusviita's behavior became so bizarre and disoriented that his physician ordered that he could not be questioned in that condition.

Both Lehmusviita and his supposed accomplice were well-acquainted with the area, as they shared a common work field located 50 meters from where Auli's body was discovered. There was a shovel in the field that was used to dig the grave.

Despite the significant media coverage surrounding the murder of Auli Kyllikki Saari, the perpetrator(s) have never been identified. Auli's funeral service was held at the Isojoki Church on October 25, 1953, with an estimated attendance of 25,000 people.