MAC or M.A.C. limited editions are the ultimate fantasy for every makeup lover.

During the past years, we saw some incredible celebrity/character mashups with this famous beauty company. The results left us in awe, so choosing the best ones is not an easy task.

Though many M.A.C.'s regular products are already cult-classics, the thing about limited editions is that you get that feeling as if it's Christmas Day.

The packages are amusing, creative, and they represent a person, a character, something that you love.

"I like to think when we collaborate we're just pulling in members of an extended family — some of them might be strange aunts, strange uncles, but they all somehow belong and seem to fit."

Perfectly said, and now it's time to list the best of the MAC limited editions and collaborations.

Of course, this is the best-selling collaboration, and it's easy to see why.

The MAC Selena Quintanilla fall 2016 makeup collection is an homage to the superstar whose life was taken way too soon.

Suzette Quintanilla, Selena's sister, was involved in creating it. This limited collection brought us wonderful lipstick shades and timeless, high-quality eyeliners and mascaras.

Another star we lost in her early 20s was Aaliyah. The summer collection is a proper tribute to a beloved R'n'B singer, and as expected, everything was sultry, just like Aaliyah liked it.

Nude lips were a must, and the collection was a perfect throwback to the '90s. The perfect shade of shimmery caramel lipstick remains among our favorites to date.

The romantic shades in perfectly feminine packages had us at hello. Well, it was more of love at first sight, but you get the idea.

It was a small collection, with only five lipstick shades inspired by flowers. The famed designer explained:

"I'm very well known for dresses, no? And I thought it was very nice, the idea of dressing your lips."

Yes, we are still craving that hot pink, and as Valli added:

"The best thing about [makeup] is that lipstick can really change your look. 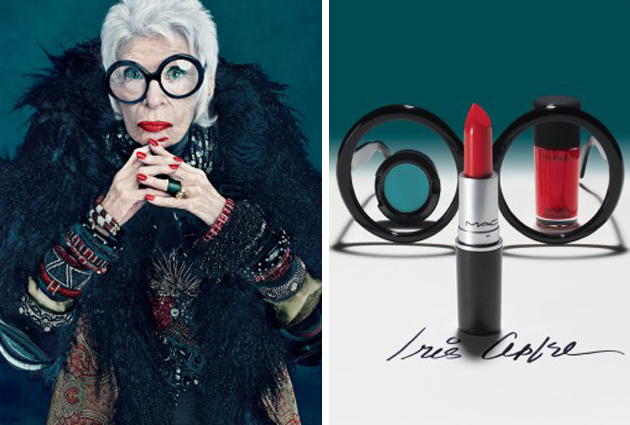 In winter 2011, fashion icon known for her bold, expressive prints and colors partnered with MAC.

The self-described "geriatric starlet" was 90 at the time, and yes, it's full of vivid shades, just as expected.

The line included lipsticks, lip pencils, eyeshadows, mascara, beauty powder, nail lacquers, and an "impeccable brow pencil." May we get a reissue, please? 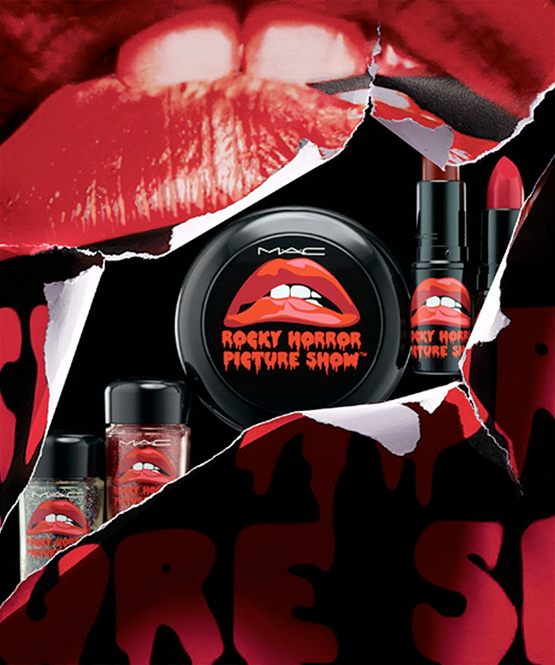 Frank-n-Furter would be proud since this collection was full of red shades, and they were all quite astonishing.

It was released in fall 2014, just in time for Halloween. This collection had actual glitter in silver and gold and false eyelashes. Since it was celebrating 40 years of the movie, it's no wonder many choose to dress up as their favorite characters.

Before Rihanna had her Fenty line, she made a fabulous collaboration with MAC.

Back in 2013, she created the perfect fall palette since Riri's the queen of smokey eyes, among other things.

Rose-gold packages plus lipsticks in deep raisin, orange frost, creamy nude, and the vivid red in the lipgloss were a hit. But the best thing was all about the eyes, and the collection included not just memorable shades but tools as well.

In 2012, former Vogue Paris editor teamed up with MAC and made a collection that's an epitome of French Chic.

Carine chose colors and tools for recreating her aesthetic. It was all about effortless yet feminine reds and deep, dramatic eyes.

This collection had so many elegant products that choosing a favorite is mission impossible. But, then again, Roitfeld never does anything halfway. 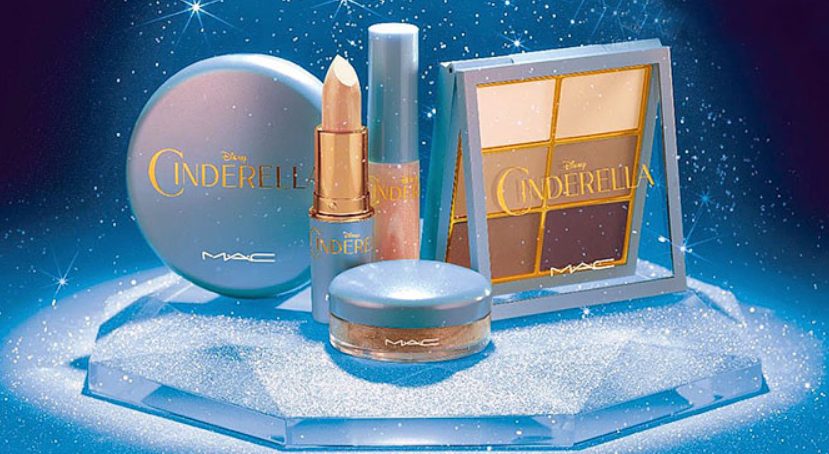 In 2015, MAC did one of the numerous Disney-inspired limited editions, MAC X Cinderella.

This dreamy princess-inspired collection was full of sparkling, dazzling eyeshadows and pinkish lip-glosses.

The magical, ready-for-ball collection was in pearly lavender-blue packages, so it made everything even prettier. It was like wearing Cinderella's gown, only on your face!

It was all about those razor-shaped cheekbones in this 2014 collection, which celebrated Angelina Jolie's Maleficent.

Being bad never looked so good, and the collection was promoting dark romance, with deep, sultry rose lip shades and fantastic fake eyelashes. 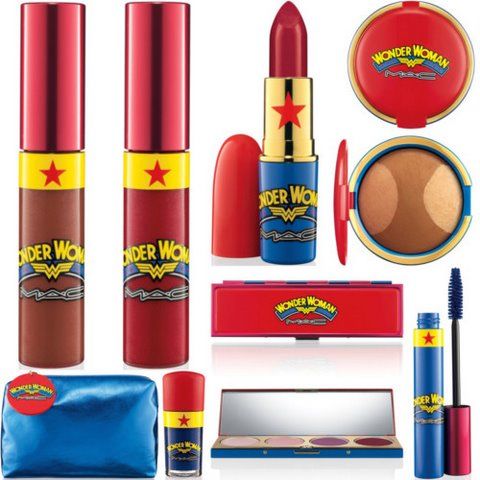 If you're a fan of subtlety, this isn't a collection for you.

MAC's Wonder Woman came out in 2011, and it included 27 makeup products, plus makeup bags and brushes, everything that will allow you to feel like a superhero.

Red, white, blue, and gold pigments dominated, but if you ask us, blushes won this collection.

Amazon Princess, Mighty Aphrodite. Mineralize Skinfinish: Golden Lariat, Pink Power all proved to be timeless classics, both in terms of quality and shades.

Fashion designers and artists Isabel and Ruben Toledo presented their MAC collaboration in 2015.

The line MAC came in a playful illustration packaging. It had an impressive 45 pieces, including six different shades of red lipstick, electric green, purple and blue lipliners, shadows, and mascaras.

It was a big fashion meets makeup collab, and despite not being that known to the general public, let's remember that Isabel was responsible for Michelle Obama's 2009 Inauguration Day dress.

Breaking the barriers and donating proceedings to those who needed it the most made MAC's Viva Glam epic.

In 1994, MAC Viva Glam presented a charity with one goal: to help people with HIV and AIDS. It started with lipstick.

It's not so much a collection as it is a statement, and a reminder that even something many consider superficial, like makeup, can do wonders for humankind. 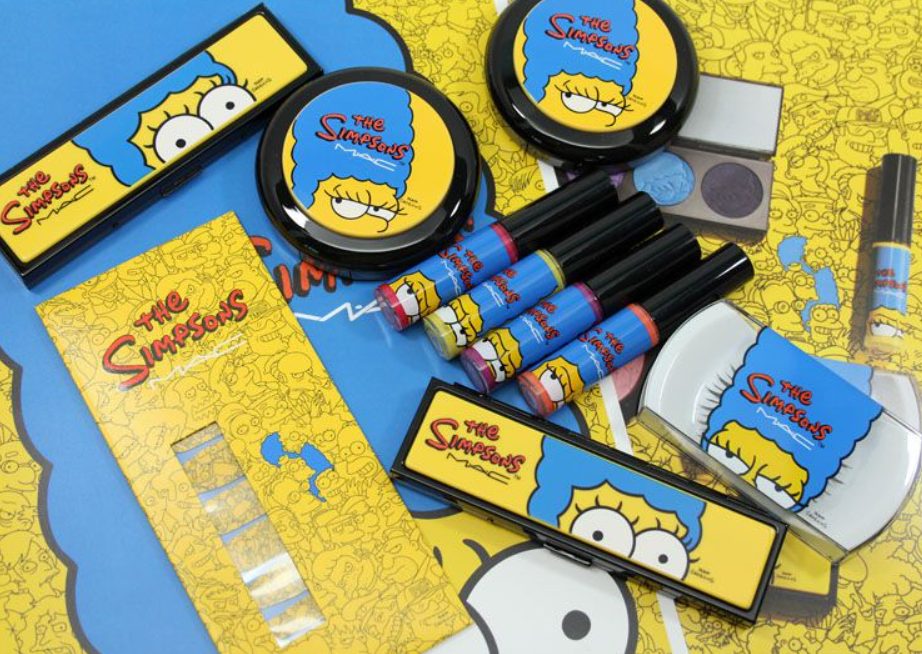 In honor of their 25th anniversary, The Simpsons joined the elite with a MAC collection that was anything but boring.

Everything was about Marge's style, especially her hair, and lip gloss colors were quite unexpected.

Our favorites are Lipglass in Itchy & Scratchy & Sexy, in purple, and Nacho Cheese Explosion, which is a yellow lipgloss. Daring! 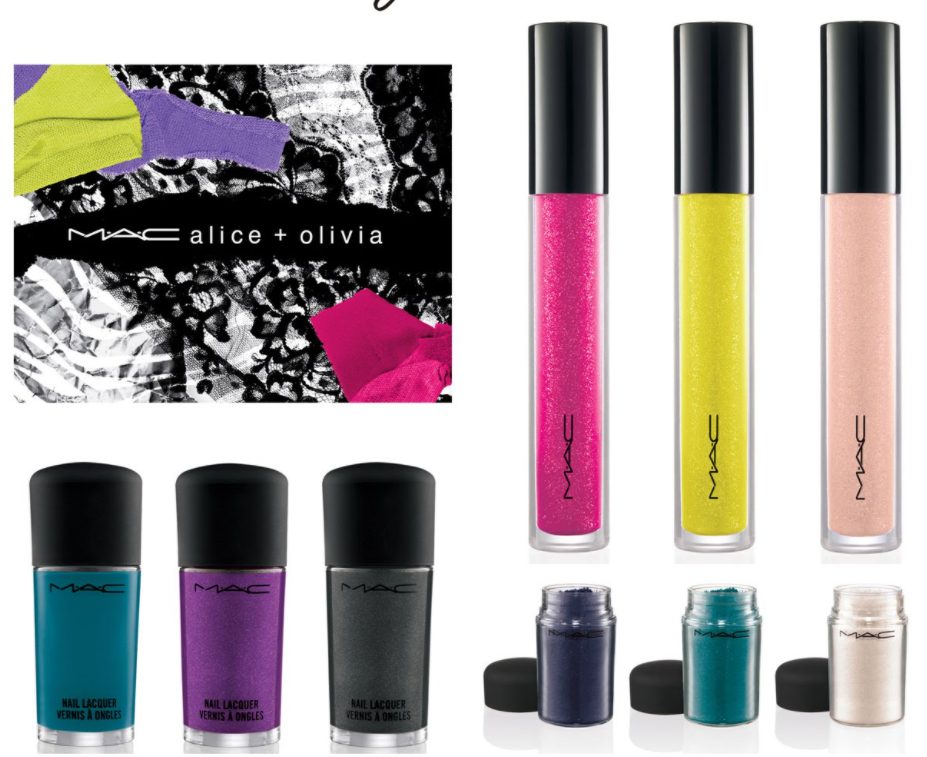 The luxurious and super limited Alice + Olivia MAC collaboration came out in 2010, and it was so vivid, colorful that it inspired many Insta worthy makeup moments.

Our favorites are nail polishes. daring, memorable, and ideal for any style or occasion.

Unlike Trolls the movie, the MAC's limited edition was quite impressive.

Playful, fun, and focused on bright shades, it's a tribute to the 90s and a way to make your daily routine a bit more outrageous.

Apart from the usual products, like lip glosses and nail polishes, it featured tinted hair sprays.

The 2016 collection was ideal was lazy summer days and memorable, warm nights.

She is a child star, a supermodel, a businesswoman, an actress, and a true all-American treasure. Brooke Shields and her iconic eyebrows got their MAC collection in 2014.

This limited Icon Collection had a 16-shade eye shadow palette, a blush duo and two shades of lipstick, and numerous brow products.

The Shields collection is full of soft, neutral shades, ideal for working ladies. Orange lipstick, creamy cheek colors, and again, perfect brows were all a woman needs to look like her best.

In 2012, MAC x Marilyn Monroe Collection hit the stores. It was one of the best Icon Collections to this day.

From packages to red lipsticks, everything oozed sex appeal. Glittery eyeshadows, perfect finishes, and truly feminine colors of lipsticks made it one of the best MAC limited editions.

The Old Hollywood glamour and sexiness, with a little help from MAC, were all talk of the town for the holidays, almost a decade ago. 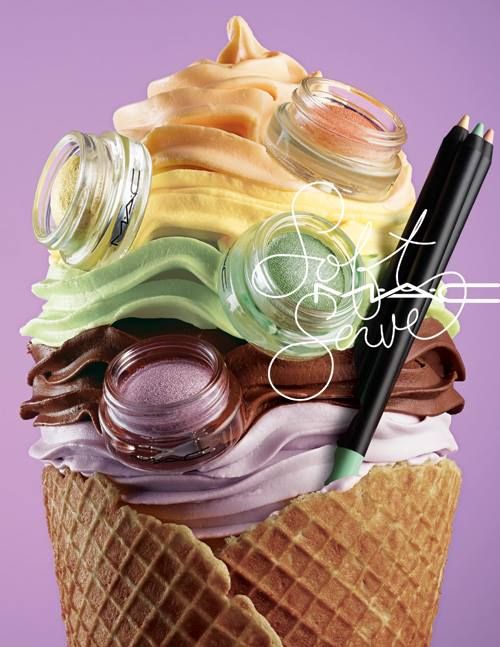 During the summer of 2016, we were obsessing over the MAC Soft Serve Ice Cream collection.

It featured a dozen pastel and shimmery eyeshadows along with six colorful brow pencils. And yes, they all looked delicious, in hues like peach, mint, and sparkling gold.

The extra attention was on the brows since they were covered in glitter with a gorgeous choice of shades to play around with.

Olympia is a luxury shoe and accessories designer obsessed with the bygone era of old Hollywood glamour. She's also not afraid to put fun into her designs, making her one of the celebrity favorites.

Her MAC collection was pure Hollywood glam and some of the best deep, wine-red lipsticks.

The pigments were a bit on the nude, flesh side, but still gorgeous and ideal for every day, as well as for the glammed-up parties.

From the packages to the selection of products, this was one of the most underrated of all MAC collaborations.

It's no secret that every limited edition comes with some future, timeless classics.

But, Barbie's MAC collection is an ode to all the women who grew up with this famed doll.

Lip glosses and lipsticks in all shades of pink are always in demand. And when the packing is this cute, playful, it just makes everything look a bit better.

The value of MAC limited editions and collaborations

By pairing up with celebrities, designers, or reviving certain characters or real-life people, MAC's limited editions are turning the makeup business into art.

These limited palettes, glosses, and brow kits are no longer made just to make us look prettier. They are also reminders, reflections of pop culture, and that makes them so valuable.

While certain editions were okay-ish, others were so great that they deserve to be seen by future generations.

Note that this is a small portion of numerous MAC limited editions. The company has something for every holiday and works with men and women who are not just icons. They are also trailblazers, forces of nature.