Every animal is cute in its own way. There are the ugliest cats (and dogs and various pets) out there who still manage to be pretty cute. As felines have more similarities in appearance than the canines, it is difficult to measure their ugliness in the same way. 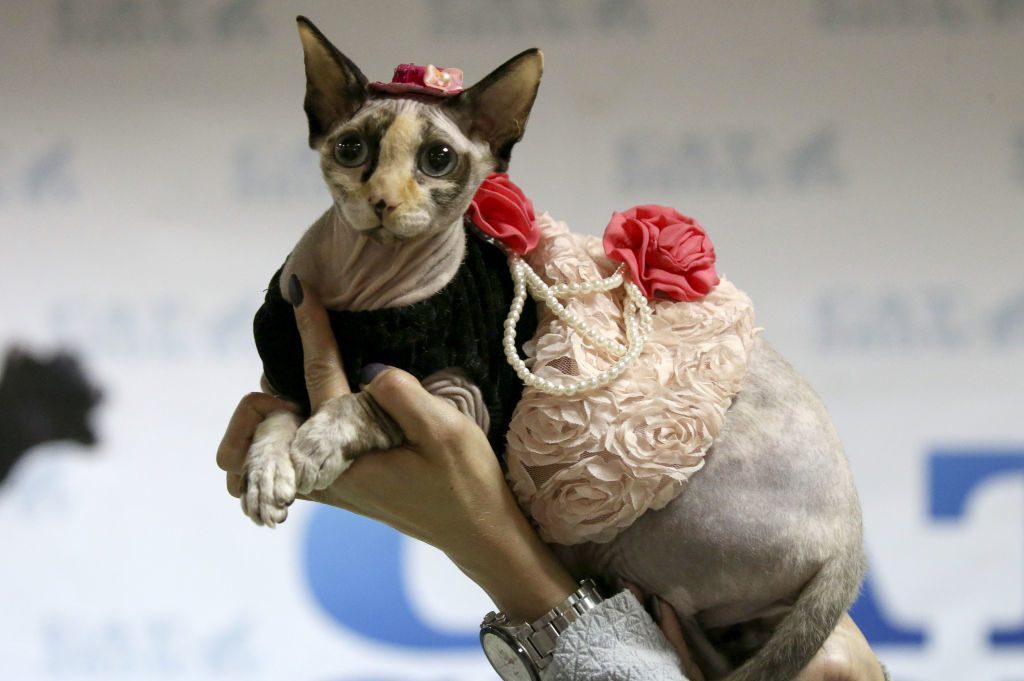 Still, some hairless and fur-covered felines tend to strike fear into human hearts for centuries. Cats inspired both worship and terror.

There is a lot of exotic and beautiful-looking cat breed in the world. However, some cat breeds are genuinely bizarre. This is how they made it onto our list of ugliest cats. 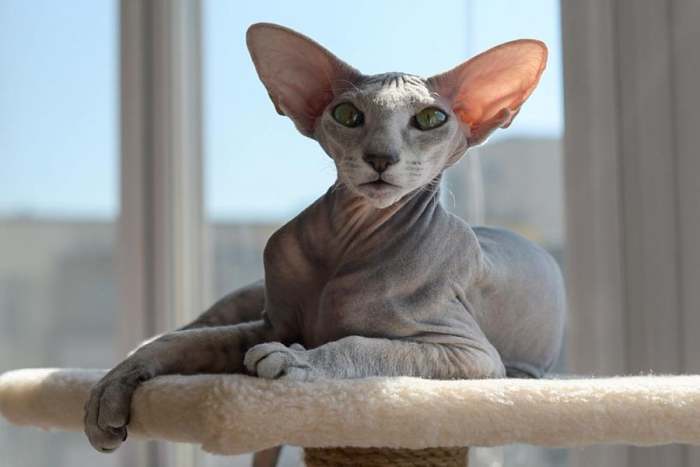 This is a newer cat breed, and its history is limited. The Peterbald was first developed in 1994 when a Russian breeder named Olga S. Mironova crossed an Oriental Shorthair cat with a Don Sphynx cat.

This is an affectionate, adventurous, and energetic breed. These cats grow very attached to their owners, often following them around the house. They are very good with other cats, pets, and children.

What makes their appearance unique is the hair-loss gene inherited from their Sphynx side. Peterbald cats can be born either bald or with hair. Even those born with hair can lose it over time. 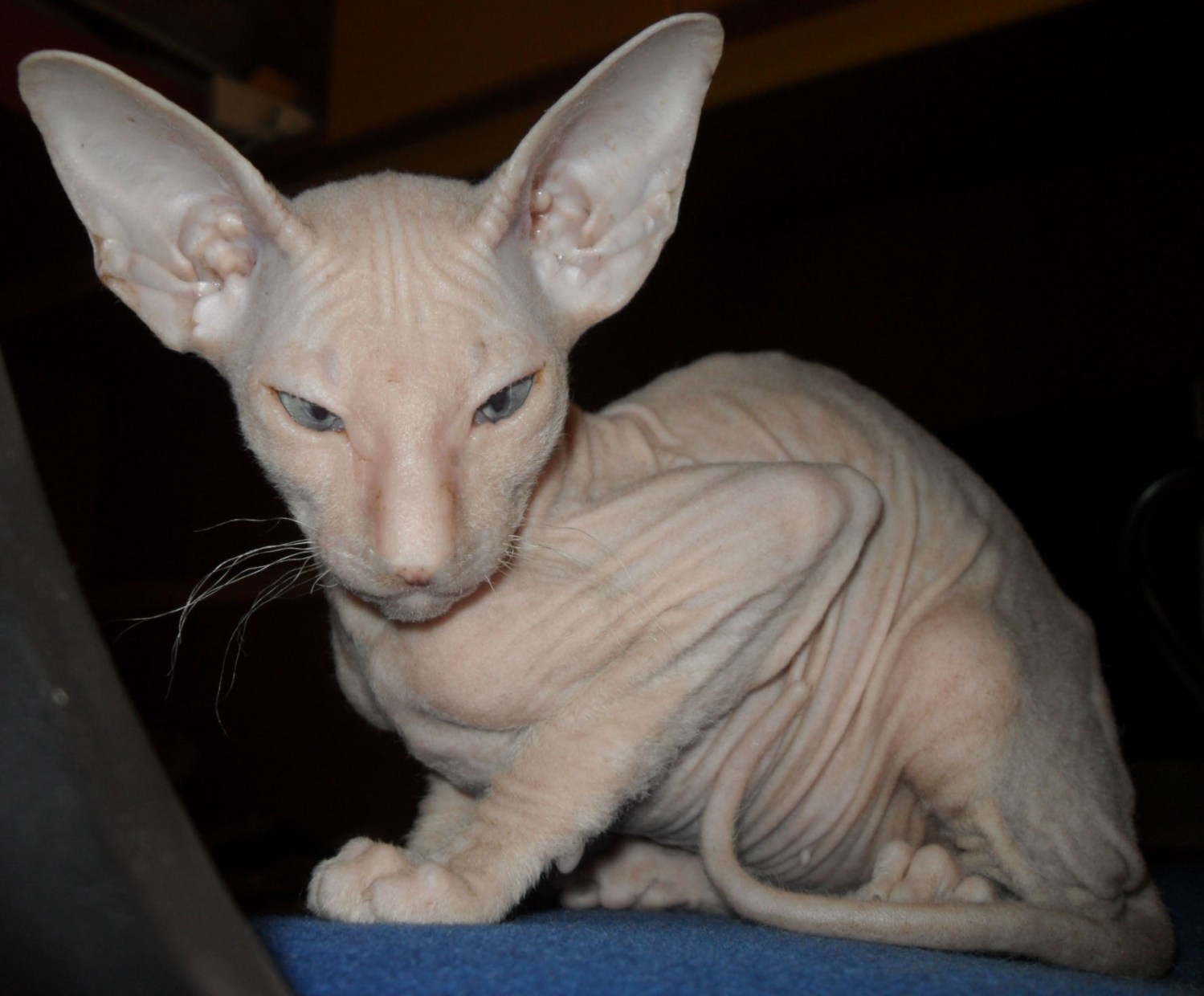 This breed rapidly grew in popularity throughout St. Petersburg, Russia, but it is still a relatively rare pure breed. These cats are very expensive due to their rarity and unique looks. Sometimes a kitten of a Peterbald can go for as much as $2000!

Even if they are considered one of the ugliest cats in the world, Peterbalds are made for lovely pets. They are great with other pets, people and children especially. And they live a very long life! 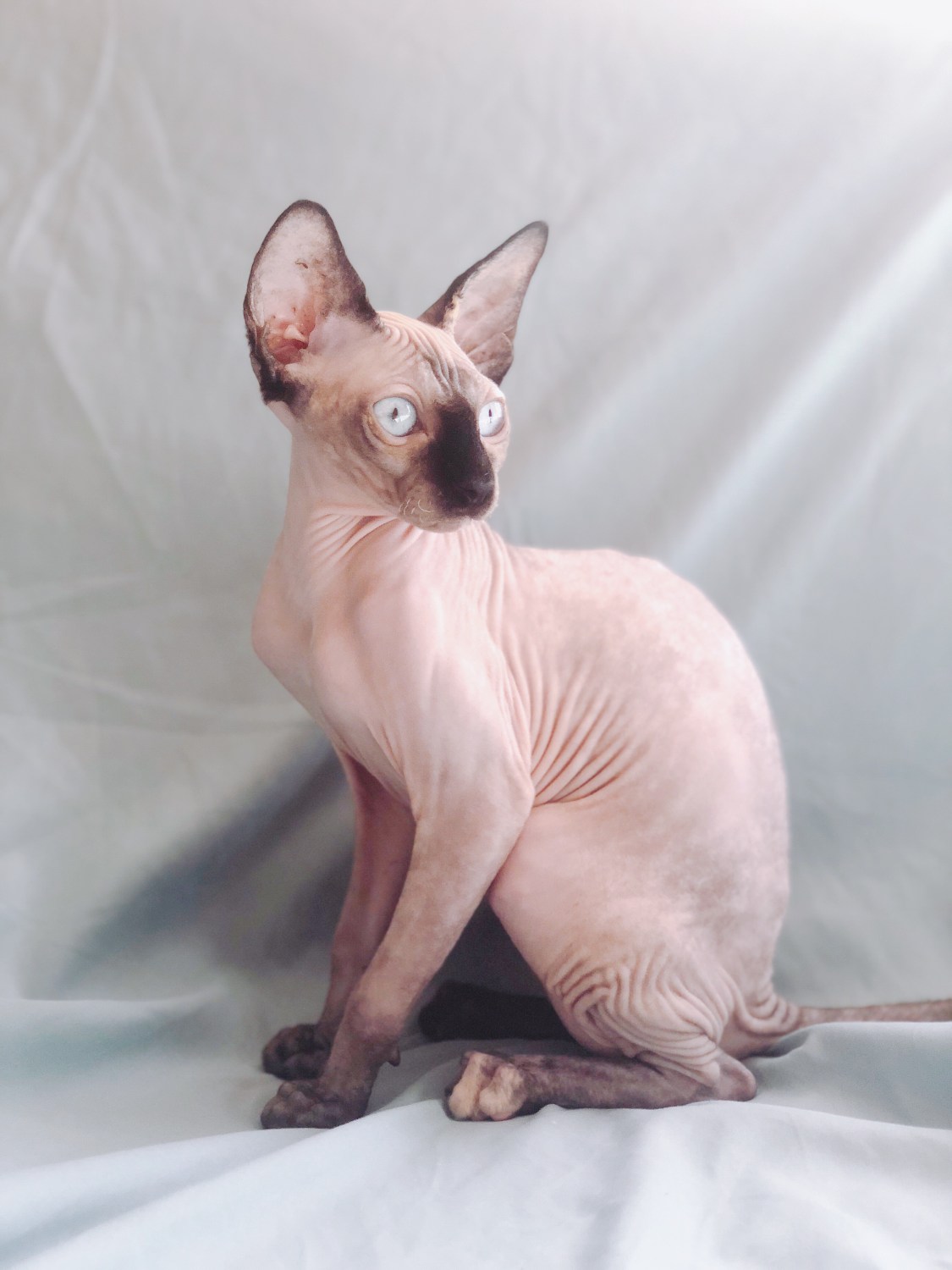 Everyone knows this hairless breed. It is its appearance that has made it one of the ugliest cats in the world. Sphynx appears to be a hairless cat, but it is actually covered with very short, fine hair. This hair is similar to peach fuzz.

This coat texture of this cat breed creates a feeling of resistance when stroking the cat. They usually have no whiskers, or they are short and sparse. Short, fine hair may be present on the feet, outer edges of the ears, and the tail. The bridge of the nose should be usually coated. 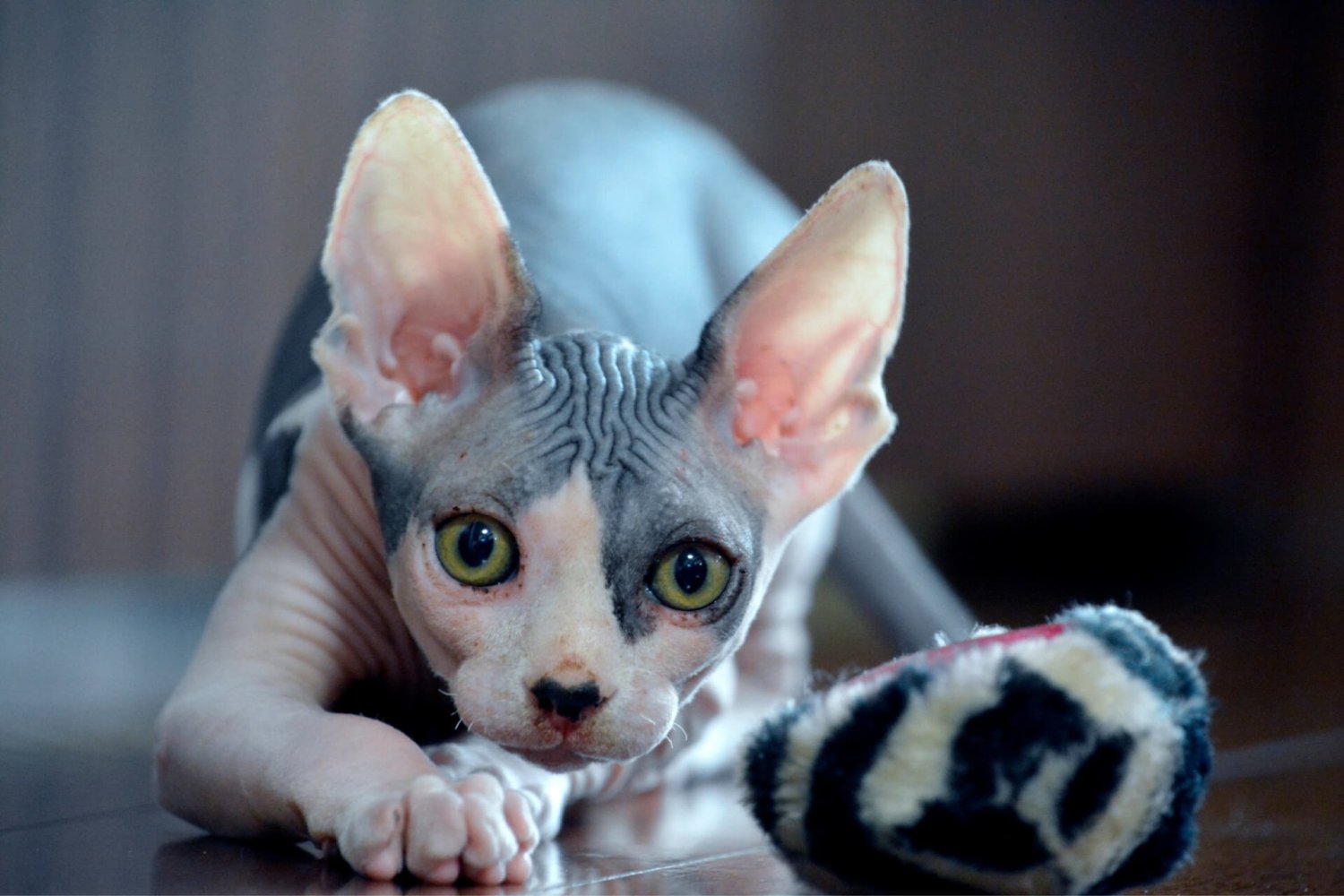 They have gained popularity in recent years as exotic pets, though the hairless cats have been known since the 1830s. The first breed of a hairless cat came from New Mexico, as these pets were often kept by the Native Americans in that region. Sphynx is currently the most known and popular breed of hairless cats and is known as one of the ugliest cats in the world.

These cars are known to be extroverted, full of energy, and affectionate. They love their owners. Vets recommend that they don't be allowed outdoors unattended since they don't conserve heat very well in cold weather. Due to their hairlessness, they are prone to sunburns. 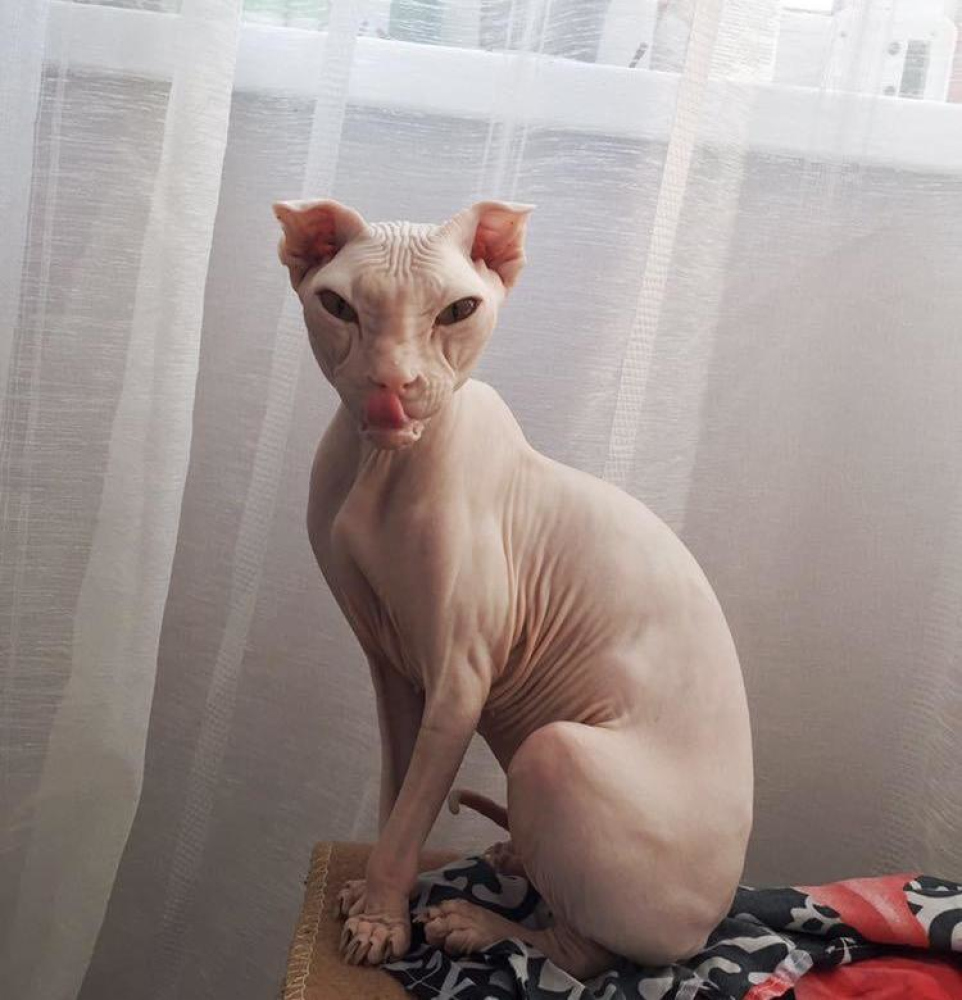 While they look closely related to the Sphynx, these eastern European felines are a breed crossed from the Scottish Fold and the Donskoy. As they do not have enormous ears, they have a softer appearance than the extreme Sphynx. Still, their hairless and wrinkled body makes them one of the ugliest cats in the world.

They have severe cheekbones and a long nose which is accentuated without the large ears to balance this breed's features. 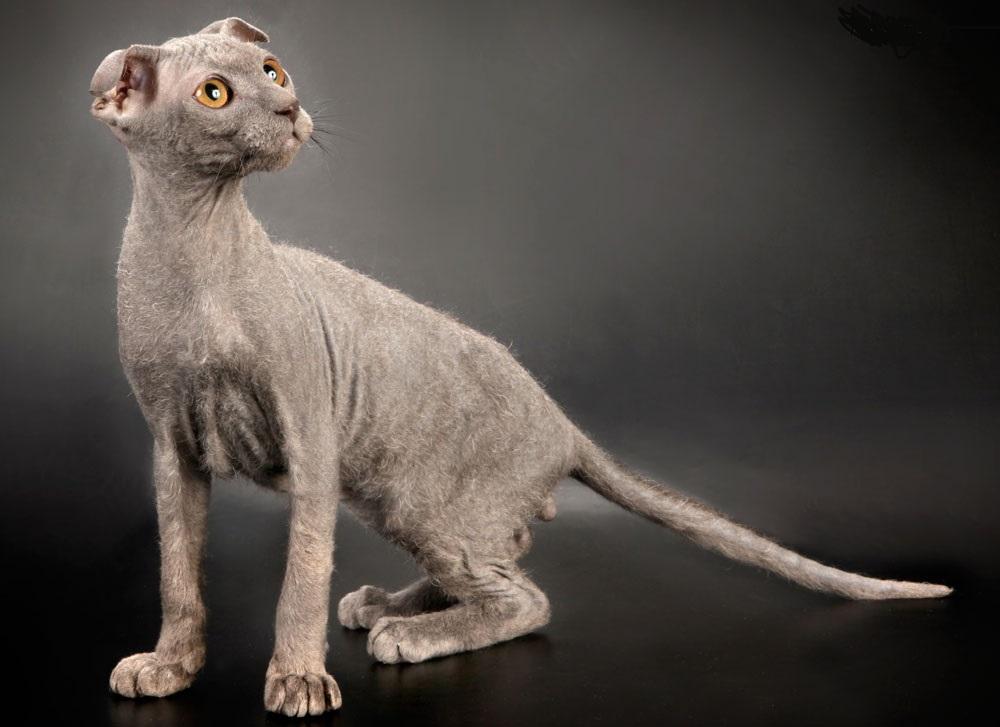 As hairless breeds are becoming something of a fashion, breeders across the world are attempting new crosses to achieve the desired bald look.

This breed was created in 2004. They have the hairless trait of the Donskoy and the unique, folded-ear trait of the Scottish Fold. They are now extremely rare and extremely expensive. 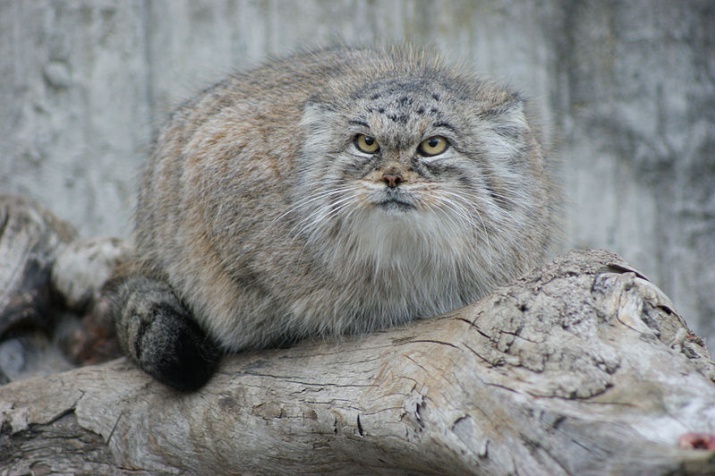 While they are not domestic breeds, these cats are indeed one of the ugliest cats in the world. Pallas cats are small, with a stocky body with thick, soft fur. They have abundant dark, woolly underfur, which is double the length of that on the rest of the body. Their color varies from a light grey to a yellowish buff and russet, with the white tips of the hair-producing a frosted appearance.

With some faint stripes along the sides of the body, they have fur on the underside, which is darker and longer than that above. The distinctive features of these cats are their large, owl-like eyes which are yellow. Their pupils contract into small circles instead of the usual vertical slits. 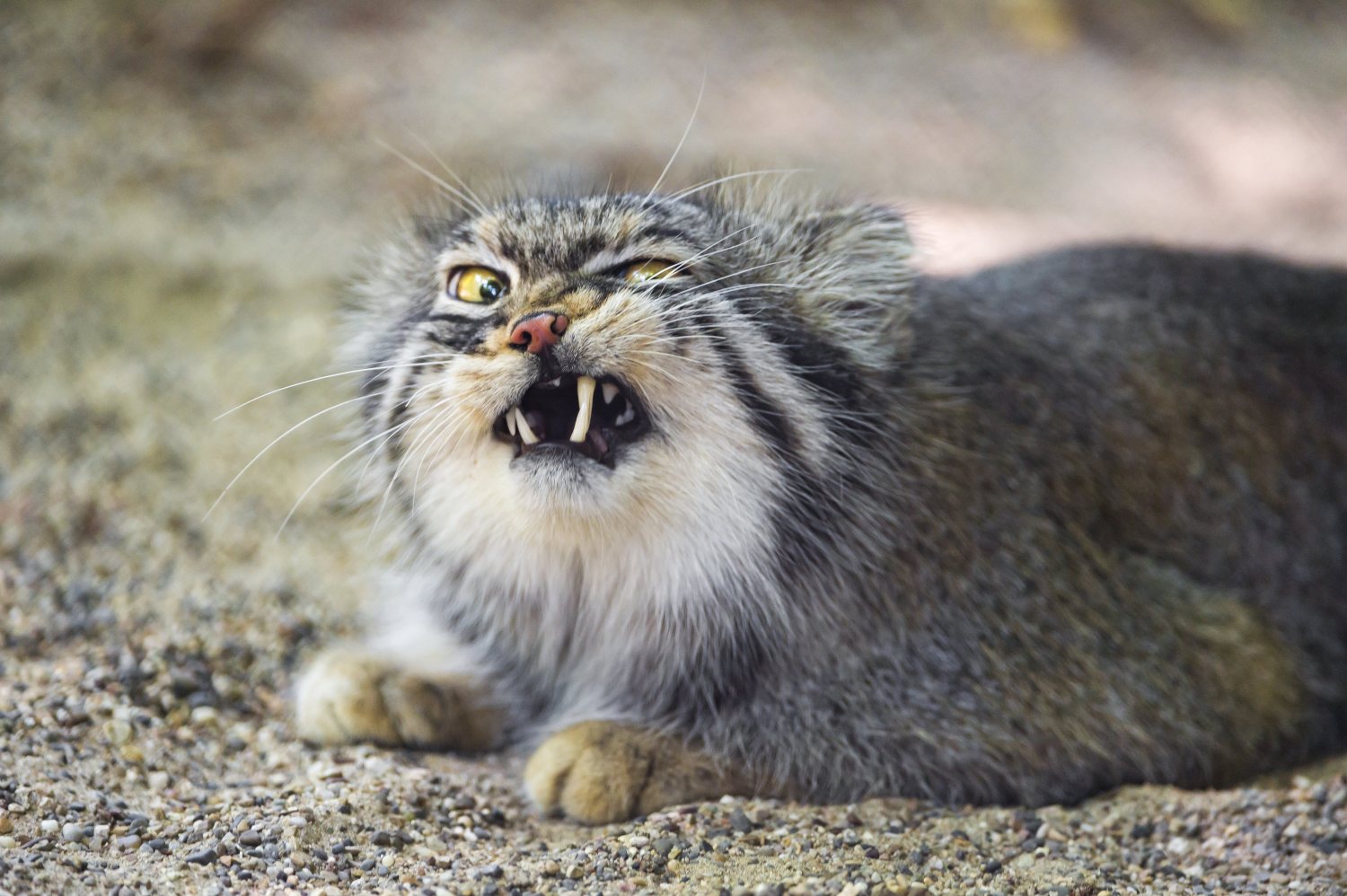 These wild cats look intimidating due to their stocky and furry appearance. Their unusual appearance makes them one of the ugliest cats in the world. You don't want to meet Pallas in a dark alley.

They occur in Central Asia, from the Caspian Sea through Iran, Afghanistan, Pakistan, and northern India to central China, Mongolia, and southern Russia. Sadly, their numbers are currently diminishing. 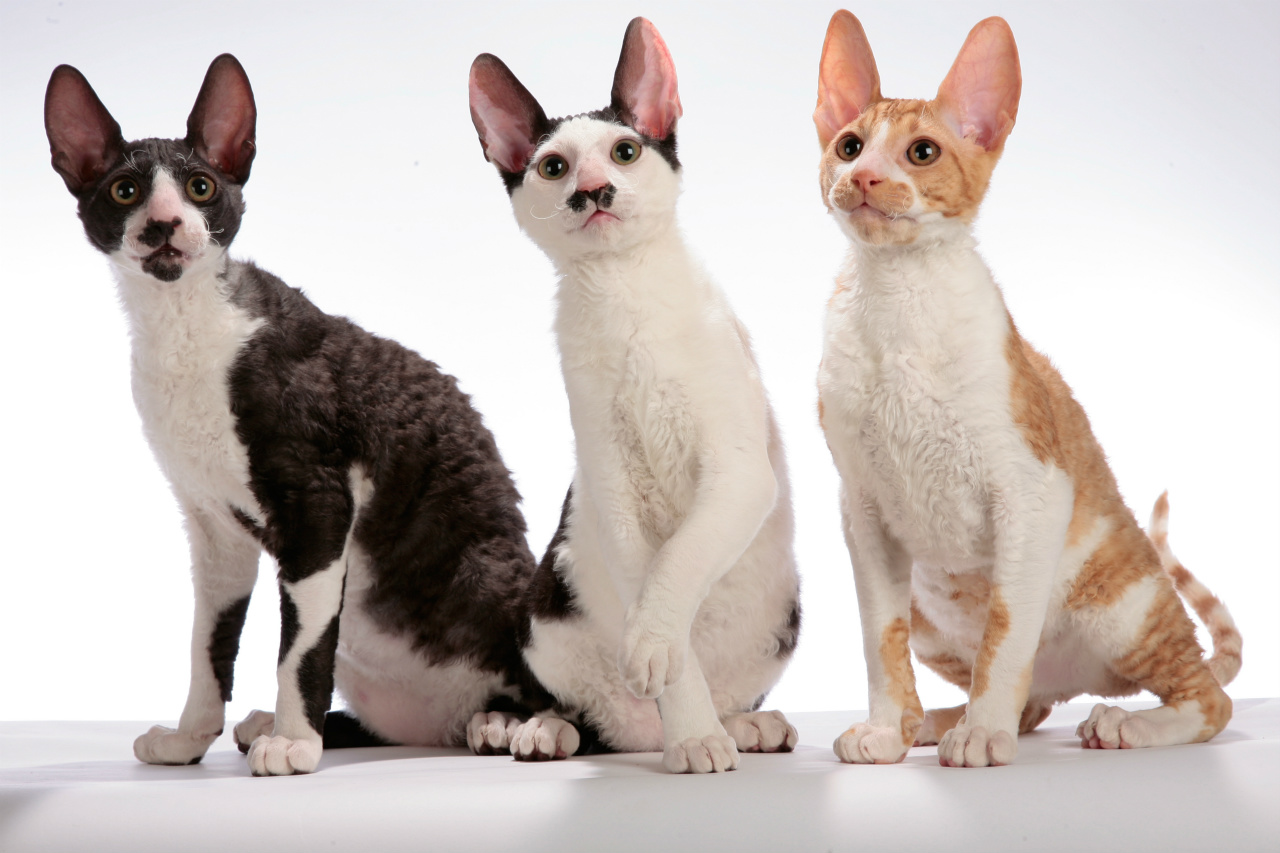 No, this cat is not the victim of a hairstylist experimenting with permanent wave solutions. The wavy coat of the Cornish Rex is a product of a spontaneous natural mutation. This is not an uncommon occurrence in the world of cats. This is how most of the new breeds occur.

The first known Cornish Rex made its appearance in Cornwall in 1950. They are named for the rex rabbit, as they have a similar appearance to them due to their curly fur. It's not only his coat that distinguishes the Cornish Rex and makes it pop up on the list of ugliest cats. This breed also has an egg-shaped head topped with large ears, big eyes, curly whiskers, and unusually long hind legs. 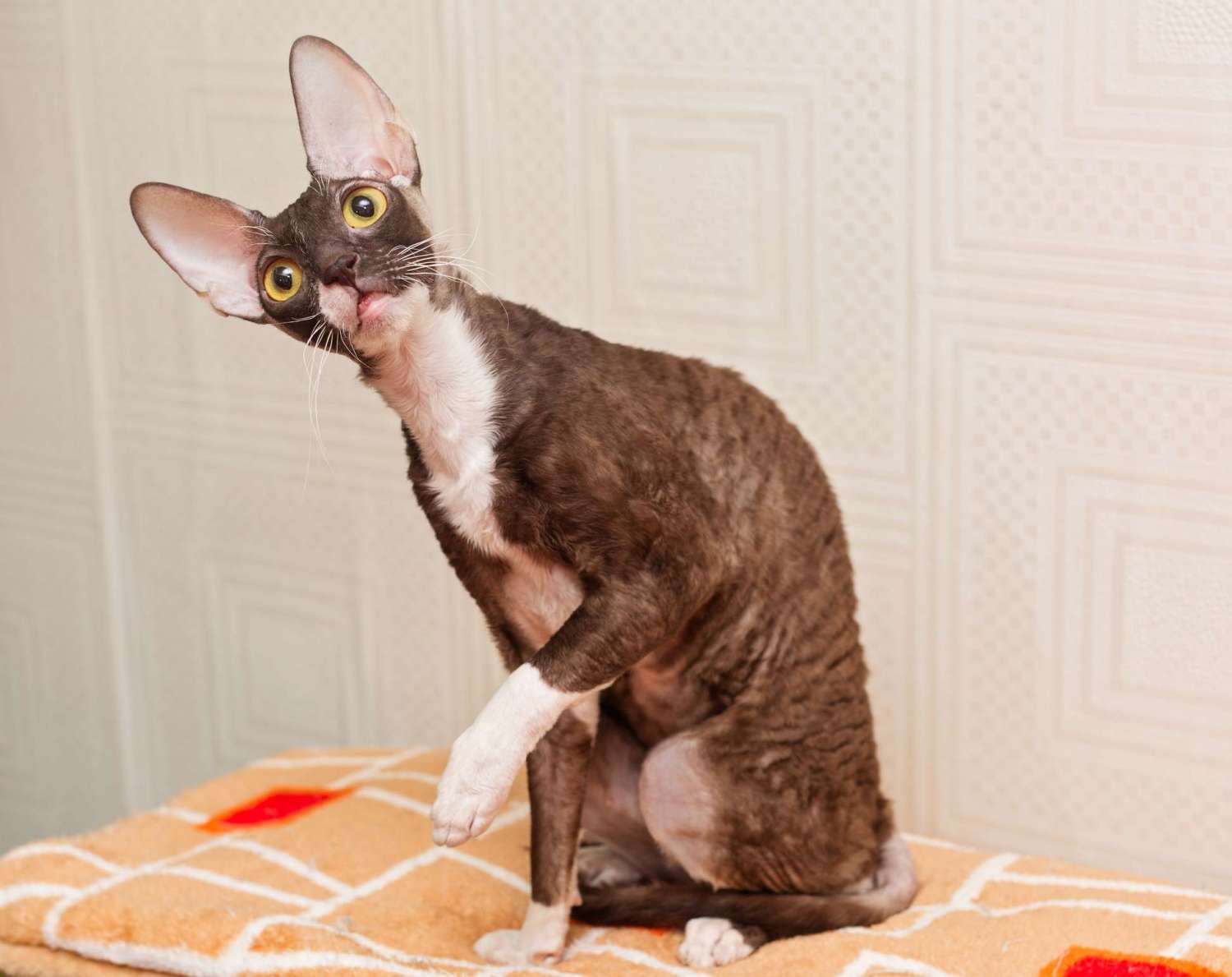 This is quite a mix of unique features that makes it really stand out.

Don't be fooled by its silly appearance. The Cornish Rex is highly intelligent. They are very active cats who love to be involved in everything. They love following their owners and climbing to the highest point in the house to survey their domain. They will sometimes steal food to fuel their antics or play fetch.

As they are highly intelligent, it is possible to teach these cats about any tricks you can think of. They are always on the go and speak their mind.

The Cornish Rex is well suited to any home with people who will love them, play with them, and give them the attention they seek. As such, they are often recommended for families with children or as therapy cats. They will keep you engaged and make you laugh. Then, who cares if they are considered one of the ugliest cats you can find out there. 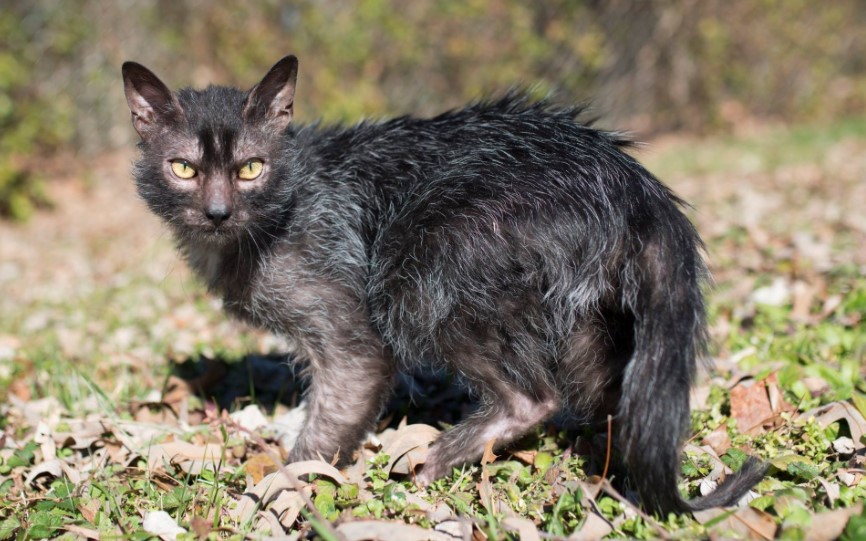 The Lykoi is undoubtedly one of the most visually unique cat breeds in the world. They are often called wolf-cats and have a feral appearance. The first time you see them, you will know why they are considered one the ugliest cats that exist today.

They are challenging cats to love. But, despite their feral appearance, they are friendly, affectionate, and playful cats. They get along with humans and other animals. 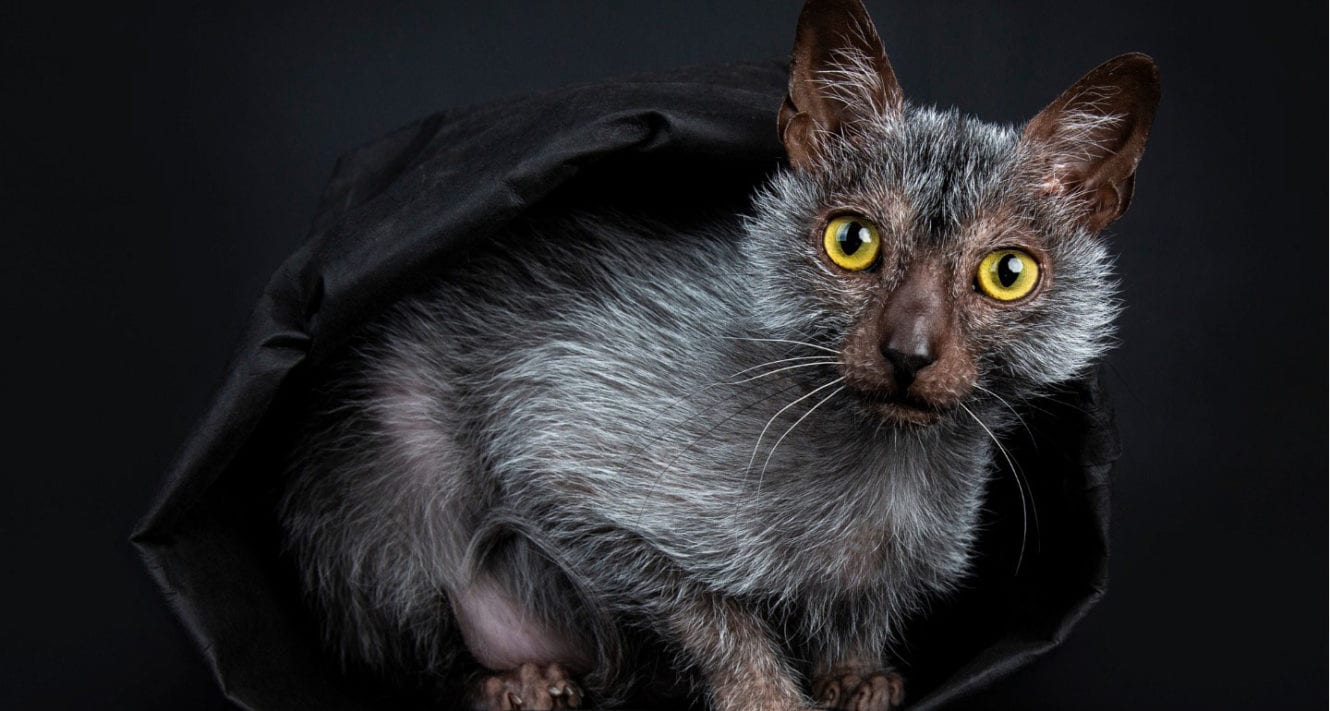 The appearance of this werewolf-like cat is generally medium-sized with a slender, toned body. Their head is wedge-shaped and has a hairless mask of skin around its eyes, nose, muzzle, and back of the ears. There are some Lykois who are entirely bald.

Despite their appearance, they have no connection with the Sphynx breed. They have a bit of coat which is fine, short and coarse. While it looks coarse, their coat is actually very soft. They are often black with a silvery sheen. They have no undercoat, which makes their coat look very thin, almost mangy.

This breed is very easygoing. Their behavior is generally pretty playful, but they also tend to wander off on their own. They are open to strangers and can even play with dogs. They are great hunters and like spending a lot of time hunting on their own.

The ugliest cats are pretty darn adorable. As far as we have to say, what about you?