Mel Gibson's movie Hacksaw Ridge, which premiered at the 73rd Venice International Movie Festival, is based on the true story of a brave young man and dedicated Adventist believer Desmond Doss.

Desmond Doss refused to bear arms following his moral principles. Yet, he was awarded the Order of Honor for saving the lives of 75 soldiers during the battle on the island of Okinawa in World War II.

As some critics note, it is the bloodiest movie ever made about pacifists. That paradox is not insignificant - it holds the key to the movie's possible global success.

At the time of the movie's presentation, Mel Gibson described the protagonist as "true heroes don't wear leggings." He was alluding to world-famous Spider-Man and Batman, which became role models for many generations of children as they grew up.

The film faithfully follows the true story of Desmond Doss. It clearly emphasizes the strong moral attitudes which enabled him to go down in history and do genuinely selfless acts.

His is the story of a true hero who deserves generations of children to be taught by example.

The life path of Desmond Doss 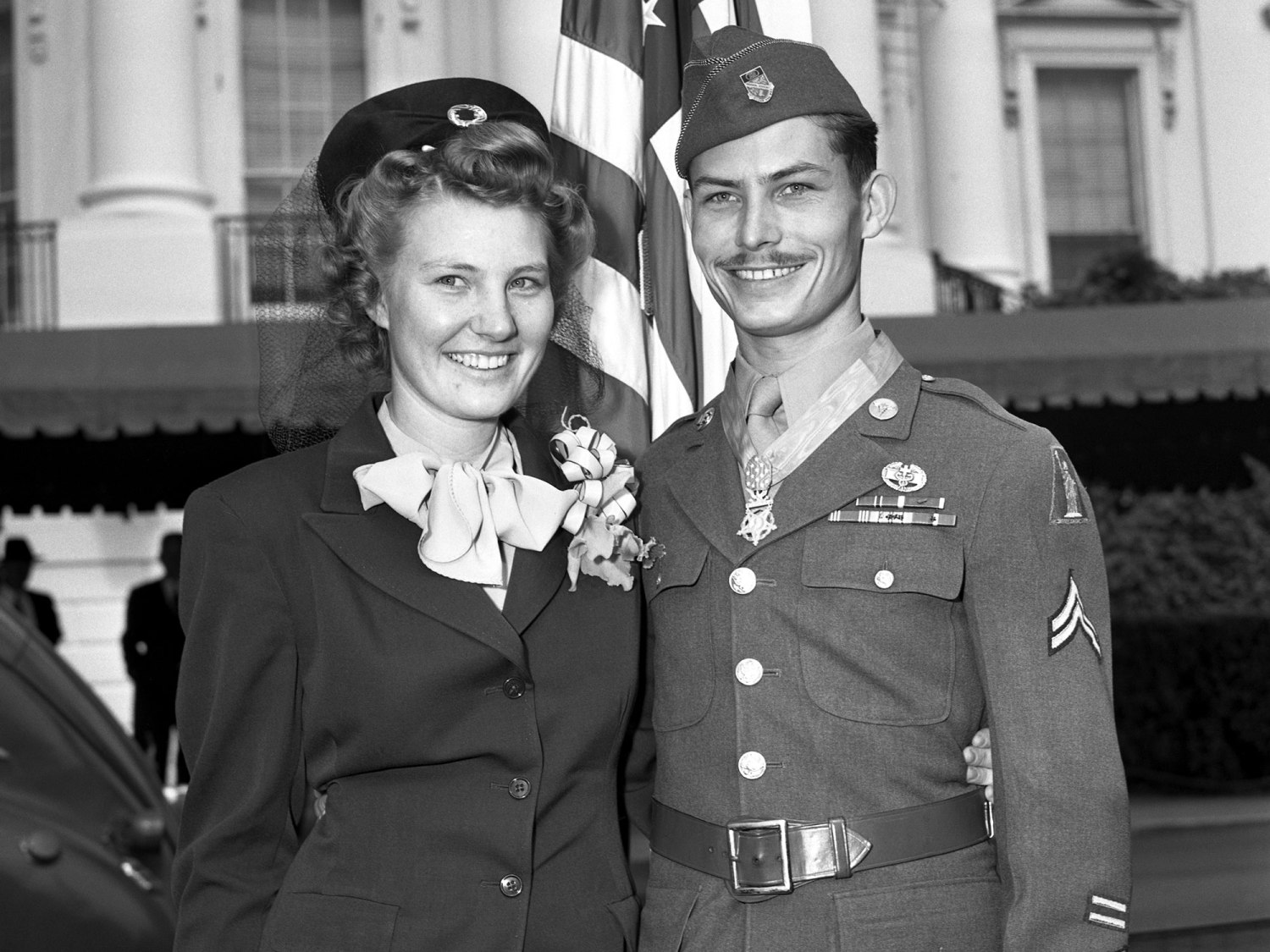 Desmond Doss didn't look like he would become a war hero.

As a devoted believer in the Christian Adventist Church, he did not go to exercises or training on the Sabbath, which Adventists consider a holy day. He refused to carry a weapon because he believed that killing was wrong. He didn't even want to eat meat.

However, he learned many valuable lessons in his childhood that shaped his thinking and made him react in a certain way in critical moments of war. 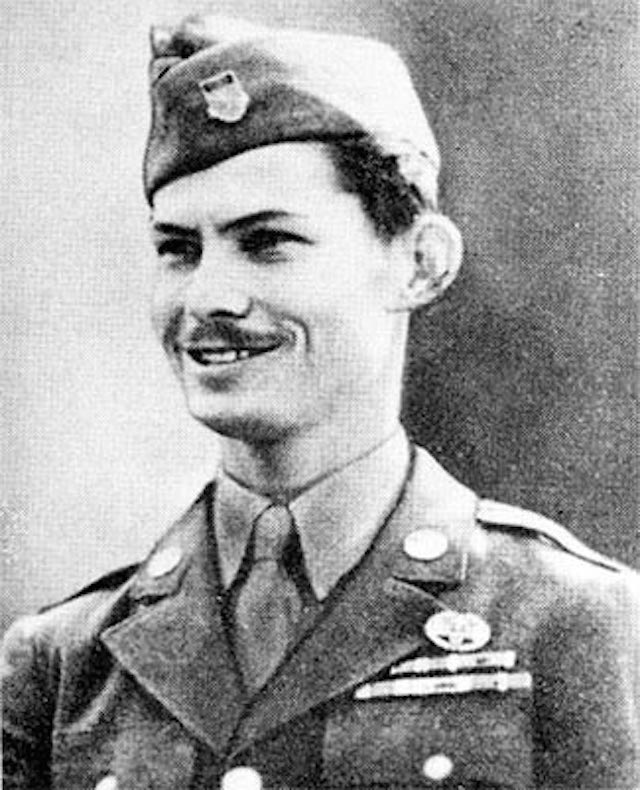 Before he was born in 1919, Desmond Doss's parents acquired some Bible images. One represented Cain holding a raised hand over his brother Abel, whom he killed. This picture attracted the attention of Desmond Doss so much that in his mature years, he said it decisively influenced him to hate killing.

When he was of school age, Desmond Doss attended a small church school where he was expected to help a teacher. In one situation when he wanted to get out of the work ingeniously entrusted to him, the teacher addressed him with words that he often quoted later:

"If the work you need to do isn't worth finishing, it's not worth starting."

He later often repeated this sentence at the front while trying to help the wounded fighters.

On one occasion, his mother sent him to take milk to a neighbor. He stumbled and the smashed bottle and cut his fist. The doctor to whom he was taken stated that the tendons and muscles had been cut and that he would no longer be able to move his fingers. However, his mother did not accept that. She put her hands on his head and prayed. Then she massaged his fingers for days until he started moving them again one day.

Shortly afterward, Desmond Doss was injured in the game, and in order not to upset his parents, he did not tell them anything. Two days later, he could not get out of bed. Doctors said the leg was so infected that it needed to be amputated. His mother did not allow it but put bandages on him and prayed to God for healing, which soon happened.

In his childhood, Desmond Doss learned what the power of prayer means.

Just before World War II, Desmond Doss was working at a shipyard when he met Dorothy, and a love affair developed between them. However, they decided not to get married until the war was over. When the bombing of Pearl Harbor took place on December 7, 1941, he realized he had no choice but to enlist in the army.

His pastor went with him to list Desmond Doss as one who does not carry a weapon. However, the army did not have that code at the time, so they suggested that the claim be registered under the code "conscientious objection."

At first, Desmond Doss rejected this because he wanted to serve his homeland but without weapons. In the end, he agreed to be listed under this code and was assigned to the medical service.

You're in the army now 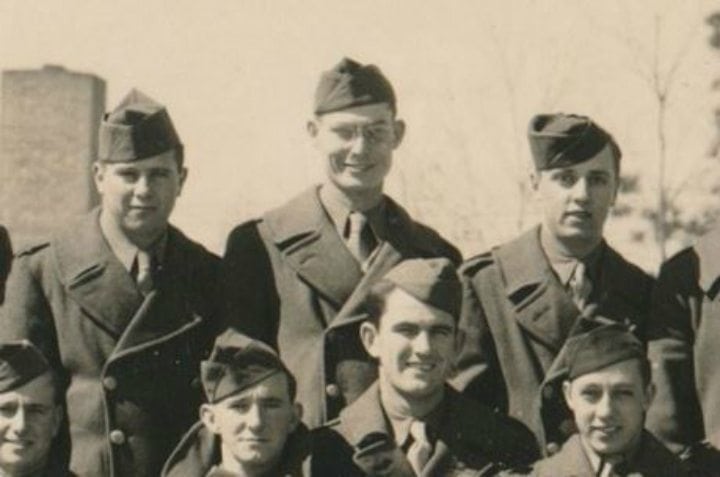 On April 1, 1942, he was called up for military training in South Carolina. He was assigned to the 77th division. Before he left Dorothy, she gave him a small pocket Bible. That Bible was his primary source of encouragement and inspiration during the long war days.

The soldiers cracked jokes about him from the very beginning, mocking his beliefs. Although he worked much harder to make up for non-working hours on Saturdays, others harassed him.

Every night when Desmond Doss knelt to pray, the soldiers threw their boots at him, but he did not give up. The situation got so bad that one soldier said he could hardly wait to be on the battle line and kill him there.

The army did not know what to do with a man who did not want to carry a weapon, did not work on Saturdays, and did not eat meat. They even tried to dismiss him from the army as unfit for military service. He explicitly refused, saying that he wanted to serve his homeland. So, he remained in the army to the great displeasure of his comrades-in-arms.

In July 1944, on the island of Guam, Desmond Doss began to prove his courage and faith in every man who was wounded. In the next battle in the Philippines, in October 1944, he showed his courage by rescuing soldiers on the front lines without worrying about his own life.

Some of his comrades-in-arms watched him with horror in their eyes as he kept coming in front of the Japanese sniper to pick up the wounded soldiers. The other soldiers could not do anything to prevent the sniper from firing. Miraculously, the sniper did not fire a single shot.

Years later, a missionary in Japan told this story of Desmond Doss in front of a crowd. After the service, one of the Japanese that were present approached him and said that he could be that sniper. He remembered the identical situation from that battle and could not press the trigger on the sniper.

By 1945, other soldiers were already accustomed to Desmond Doss reading the Bible and praying. So it was not uncommon for Doss to agree to pray for all of them on April 29, 1945, before going into a difficult battle. They had to cross a 4,000-foot-high ridge that divides the island of Okinawa into two parts.

On the other side, enemy soldiers were waiting for them. This battle ended without any lost lives and with only one superficially wounded soldier. When the photographer came to capture the scene of the occupied territory, he was surprised that there were no killed soldiers. The commander's response was: 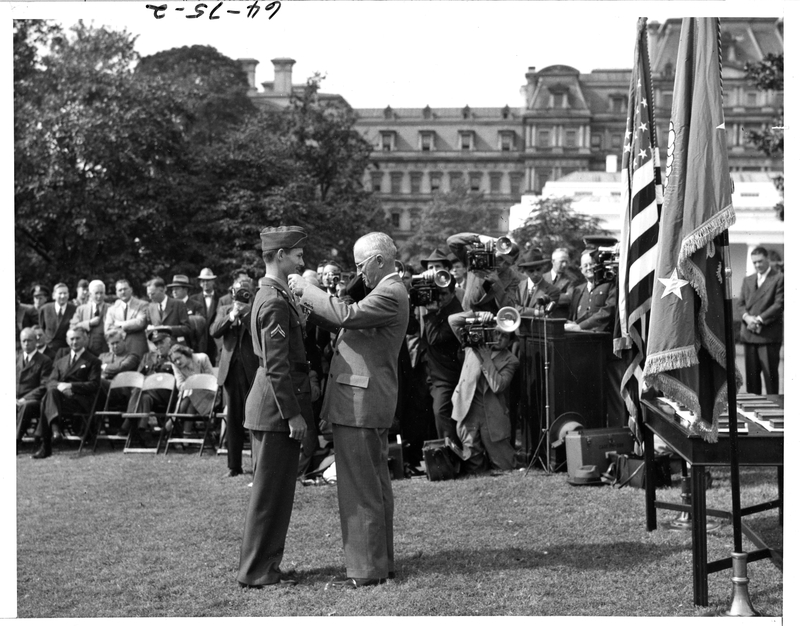 On May 5, the Japanese launched a counter-attack. Very quickly, 75 soldiers were wounded and left on the battle line, which no one dared to go to. When the order to retreat came to the top of this ridge, only the wounded soldiers, Desmond Doss, and the Japanese remained.

Desmond Doss dragged the wounded one by one to the base for the next twelve hours, constantly praying for God's help. No one knows for sure how many soldiers Doss saved that day. The military reported over 100 wounded who were rescued, while Desmond Doss modestly said the number was just over 50.

That is how the army reached the official number of 75, representing the middle of these two reports. Desmond Doss received the Order of honor. Interestingly, in this rescue, the skill of tying knots, which he learned in Adventist scouts, was of great use.

As the mentioned day was Saturday, the biblical day of rest, Doss applied Jesus' claim that the Sabbath was spent in good deed - to save his comrades on a holy day.

On May 21, the U.S. military was again under enemy fire, and Desmond Doss remained in the open fire area to help the wounded. He and three other soldiers hid in a hole to wait for the darkness to help them get out. However, a grenade flew into their shelter, and three soldiers managed to escape before it exploded. Doss failed to do so, but a grenade exploded near his leg.

Miraculously, it didn't blow his leg off, and it just hurt him. So wounded, he decided not to call for help but to wait for the day and the assistance that would come.

When help came and put him on a stretcher, he saw another wounded soldier, rolled off the stretcher, and asked them to put them together. They helped each other get to the base. However, the enemy did not rest, and a bullet ended up in Doss's hand, with which he hugged his comrade-in-arms, which saved him from certain death.

On the way to the hospital, he discovered that he had lost the Bible he had received from his wife, Dorothy. He sent a message to the soldiers in his division to look for it, which they did. They did not calm down until they found Doss's Bible.

Desmond Doss spent the next five years in hospitals recovering from the wounds he sustained. In addition, he lost one lung as a result of tuberculosis. Due to his physical disability, he could not find a solid job to pursue and dedicated himself to religion. 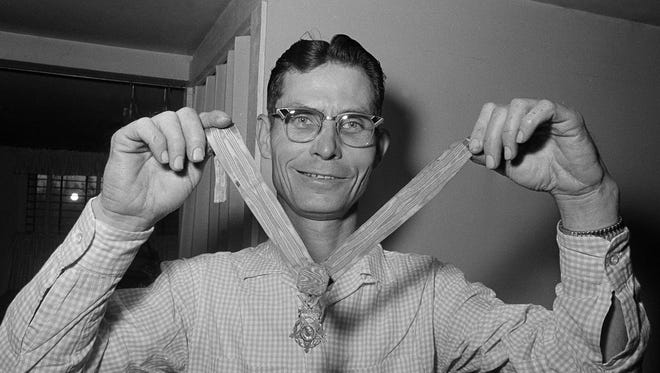 In October 1945, Desmond Doss was invited to the White House to receive the Order of Honor from President Harry Truman for his courageous service.

According to media reports, when U.S. President Harry Truman handed over the Order to Doss, he said:

"I am proud of you. You really deserve this. I think this is a bigger part than the presidential title. "

Doss's exemplary devotion to God and the country met the approval of the entire nation.

Doss's statue was erected in 2004 at the National Museum of Patriotism in Atlanta. There are statues of personalities who are also winners of the Order of Honor, such as Martin Luther King.

That same year, the documentary Conscience Objection was made about Desmond Doss's faith, heroism, and courage.