Erin Caffey was a mastermind behind the murders of her mother and two brothers. Raised in a typical American small-town family of five, Erin was only 16 when she turned teenage rebellion into the infamous slaughtering of her family.

With the help of her boyfriend Charlie Wilkinson and the couple's friends, Erin Caffey turned her twisted wishes into crimes that shocked the nation.

It all started back in late 2007 when Erin met and started dating two years older Charlie. Her parents were concerned about this relationship and wanted to put a stop to it.

But a 16-year-old Erin had other plans and the support of her 18-year-old boyfriend.

What happened next did not just shake the small, sleepy town of Alba in Texas. It became national news and one of the most puzzling and creepiest crimes in this century.

Erin And Charlie: The Killer Couple 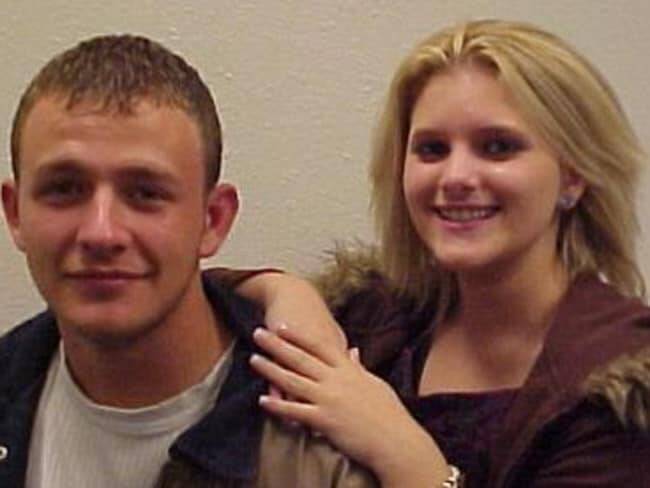 The Caffey family moved from one small town to another. They found the perfect home for their three children, and the church community embraced their arrival.

According to everyone who met this family, Erin Caffey had a loving and supportive upbringing. Her dad Terry was practicing to become a minister. Erin loved the church and enjoyed singing and playing the piano.

That is what made the March 2008 killings of Penny Caffey and her two sons in their rural East Texas home hard to grasp.

To understand what happened on March 1, 2008, you have to know more about Erin and her boyfriend.

When Erin turned 16 in July 2007, she started working at the local Sonic. Soon, she met Charlie, her future boyfriend and partner in crime.

As the relationship progressed, Erin's parents noticed that her grades and attitude changed for the worse. 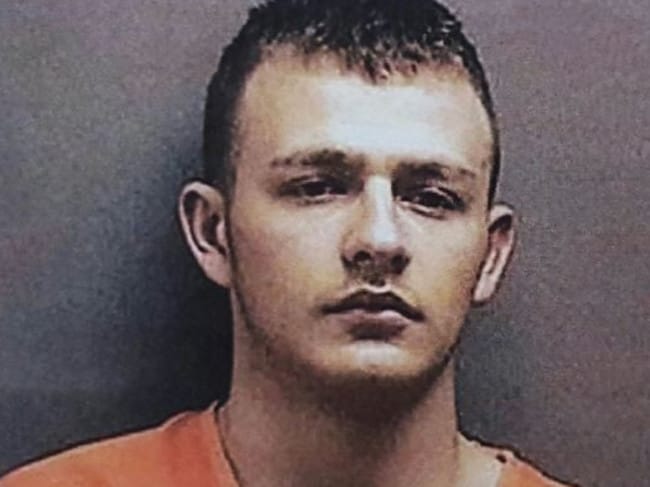 Charlie even proposed to Erin, and it only made Penny and Terry more furious. In February 2008, Erin was grounded for talking to Charlie without permission and got her keys, and her phone was taken away.

During this month, many noticed that the family dynamic is changing. And the change was mostly visible on Penny, once a vibrant and respectful member of the small community.

At that moment, Erin decided to kill her parents, and Charlie included two of his friends. They got two thousand dollars to murder Erin's mother and father.

Instead, they ended up killing Erin's mom and her two baby brothers. Her father Terry somehow survived, despite being shot at least five times.

Though Erin did not pull a trigger or set her home on fire, she was the mastermind behind it.

The Night Of The Caffey Killings 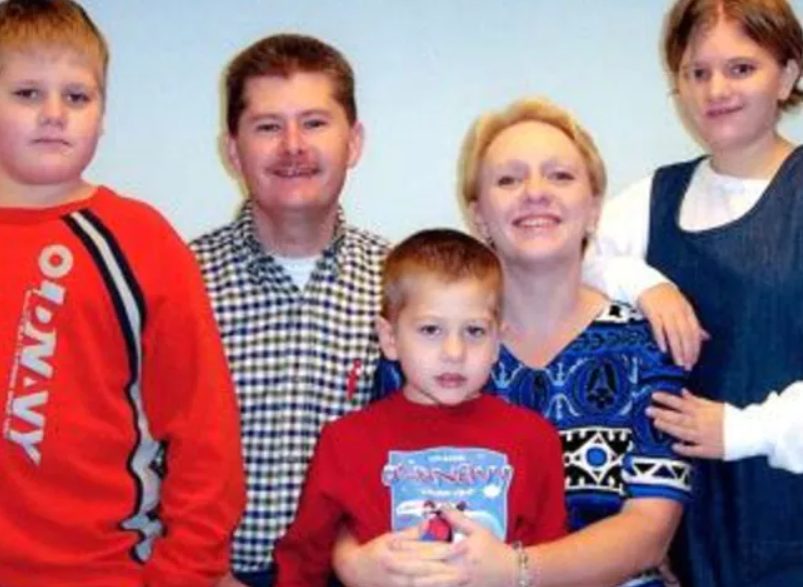 The Caffey's had a pillow fight with their sons, and their daughter Erin was laughing. Everything seemed to be in perfect order.

Terry, the only surviving witness, explained that at some point, his late wife heard noises. He wondered whether it was eight-year-old Tyler or 13-year-old Matthew making the noise.

Terry stated that the massacre started at 2 am.

"They burst into our bedroom and opened fire, shooting me several times."

"Not only did they come in shooting, they also came in with a samurai sword."

"After they shot Penny, they shot me three more times in the back and once in the back of the leg. All in all, I think I had been shot 11 times."

"I could not feel the right side of my body, and nothing would come out of my mouth. I felt I had been shot in the face. Then one of them took the sword and stabbed Penny in the neck, nearly decapitating her."

The father heard one of his son's last words, as he was struggling to stay conscious:

"I was trying to get up, and I heard Matthew begin to cry out. He said, 'No, Charlie. No. Why are you doing this?' When I heard his name mentioned by Matthew, I knew who was in my house and why he was there."

"Then I heard the gunfire. I tried to get up again, but the blood rushed to my head, and I collapsed."

"I was later told Matthew had been shot, whereas they took turns stabbing Tyler, who was hiding in a closet."

Praying that his daughter Erin was still alive, Terry made it to the neighbor's house as his family home was already bursting in flames.

Leaving No Witnesses, No Fingerprints

Two hours after the vicious attacks, the murderers set the house on fire.

Charles Allen Waid, 20, and Waid's 18-year-old girlfriend, Bobbi Gale Johnson, were alongside Charlie. According to some sources, the original plan was to kill only the parents.

Erin and Bobbi were sitting in the car while the young men were killing Erin's family.

Wilkison told the investigators that he didn't know whether to kill Erin's young brothers. They didn't want to leave any witnesses, and Erin told him: 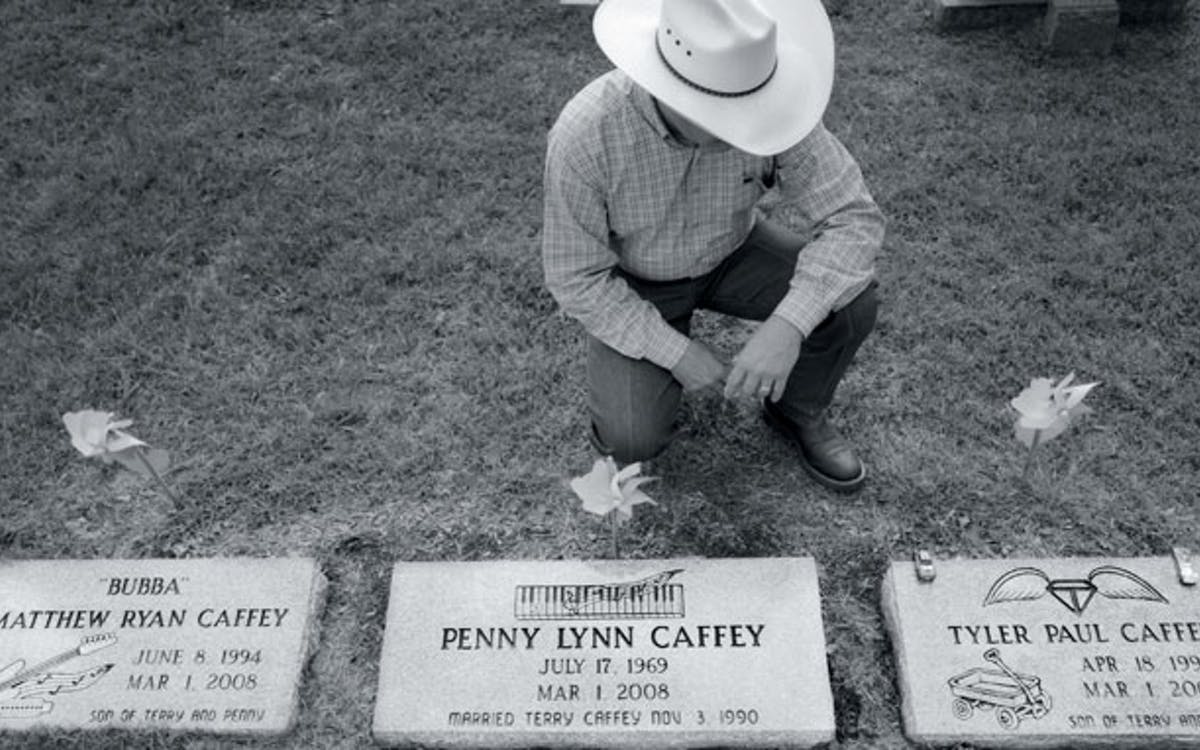 After the killings and the fire, Wilkison and Erin were hiding in a trailer. Allegedly, the same night, the two had sex.

She was initially not a suspect, as her father, by some miracle, managed to survive. Not only that, just a few hours after he was in the ICU, he talked to the police and told him all about Charlie.

Wilkinson, Waid, and Johnson were in police custody. While they were being questioned, Waid dropped a bombshell.

Waid told police he had been promised $2,000 for helping "take care of business." He confirmed that Erin was behind the gruesome killings.

After the arrest, Erin claimed she was kidnapped and drugged. That was soon debunked, and the Texas police had a teen girl as a mastermind behind the deaths of her mother and two younger brothers. 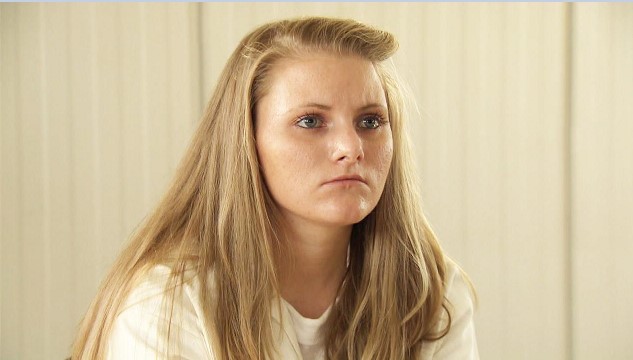 Terry Caffey is now a husband and a father again. He still believes that his baby girl is not a manipulator but the other way around.

Terry Caffey forgave his daughter and is often visiting her in prison. Despite his wish to believe that his only daughter is not the monster, many disagree.

Piers Morgan did a series called Killer Women. He called Erin "the most dangerous woman I have met in my life."

"I've never come across anyone as dangerous as Erin."

"When I look back on it now, this was all just stupid. I mean, for what? They weren't beating me, they weren't starving me to death. I had it made."

Erin and her crew killed her mother and siblings because she wanted to get married at 16. Being a teenage girl is tough, and rebelling against parents comes with the territory. But, planning and executing such a horrible crime goes beyond foolish young love.

Her partner in crime, Wilkison, claims he still loves Erin. Yet, Erin was the one who spoke about his anger issues, so at the end of the day, the whole case came down to Erin vs. her hired killers.

Erin Caffey Now And Then

Wilkison and Waid got life in prison without parole.

Caffey will be allegeable for parole after 40 years.

The soon-to-be 30-year-old woman is now spending days in a high-security prison in Mountain View, Texas.

Once cute, petit, and a beloved girl is responsible for one of the most wicked crimes of the XXI century.

Her father Terry wrote a book about the attacks, Terror by Night. It shows in-depth family dynamics, showing that Erin, as the oldest of his children, always had a special place in his late wife's and his heart.

In camp, she was voted Most Fun Loving Person, and apart from having issues with being homeschooled, Erin was a small-town girl with a big heart.

That is what makes her crimes even more puzzling. Though the parents were certainly protective of their only daughter, some argue, overprotective, no one who could imagine what would happen on that cold March night.

Her boyfriend, Charlie, lived in the country with his father, a stepmother, a stepbrother, a stepsister, and a half-sister. Despite coming from a different background, he had no serious disciplinary problems.

Many claim he was hot-headed and impulsive. He actually suggested that he and Erin should run away. Erin refused.

Again, none of those four involved showed any signs of trauma, according to the official records, including psychological evaluations. The night of the murders, they were drinking, but none of them took any drugs.

Just like Morgan, people who met Erin believe she is one of the most dangerous women alive. It does not change the fact that the other three people involved helped her.

Terry Caffey forgave the crimes. He ministers full-time, helping other victims to find forgiveness and move on with their lives. His daughter might see the light of the day in 2038. And Terry will welcome her.