Back in 1884, the eccentric Sarah Winchester moved to San Jose, California, where she bought an eight-room house. She decided to renovate it to her own liking. But the renovation turned into a lifelong project, on which she spent approximately $5,5 million. 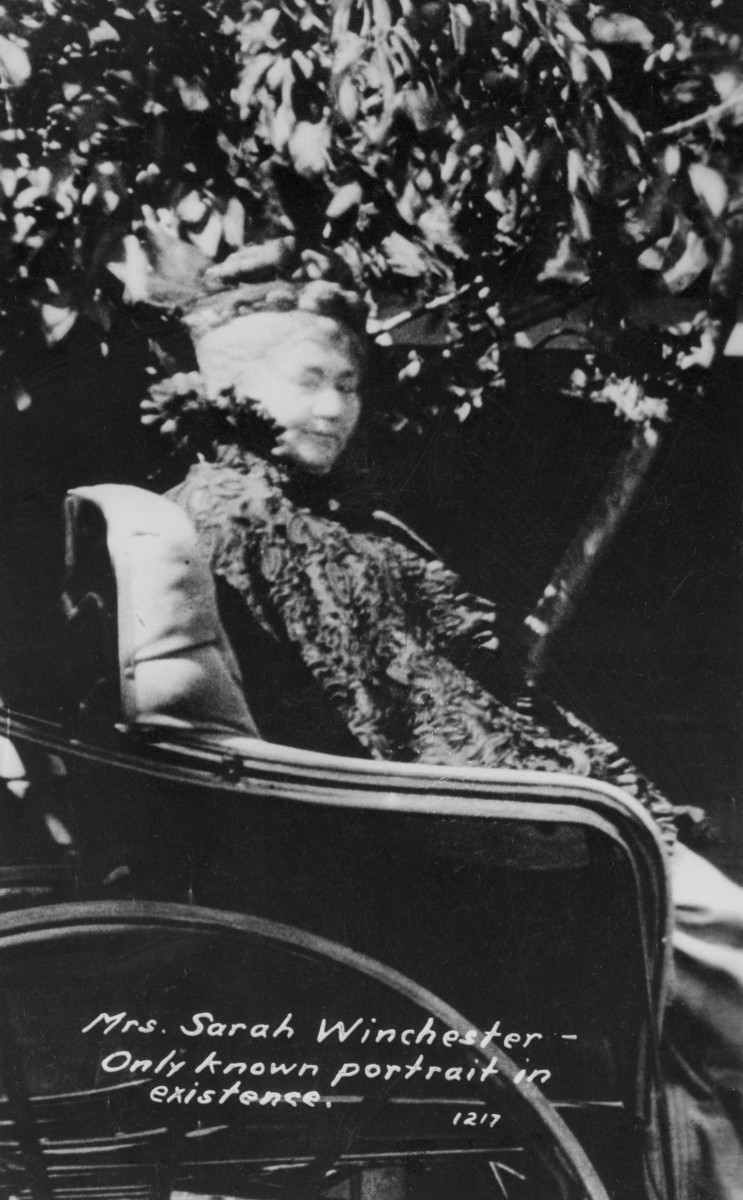 After Sarah Winchester died in 1922, it was discovered that she transformed a modest house in San Jose into a fantastic building with a modern plumbing system, 160 rooms, six kitchens, and two basements, with more than 2,000 doors and 10,000 windows. But that's not the weirdest thing about the Winchester mystery house.

Some doors in Winchester's mystery house cannot be opened. Some windows are set in rooms without any light source. The house has several stairs that lead nowhere. Everything is full of secret passages, and a unique attraction is a locker that, when opened, leads through 30 rooms in the house. 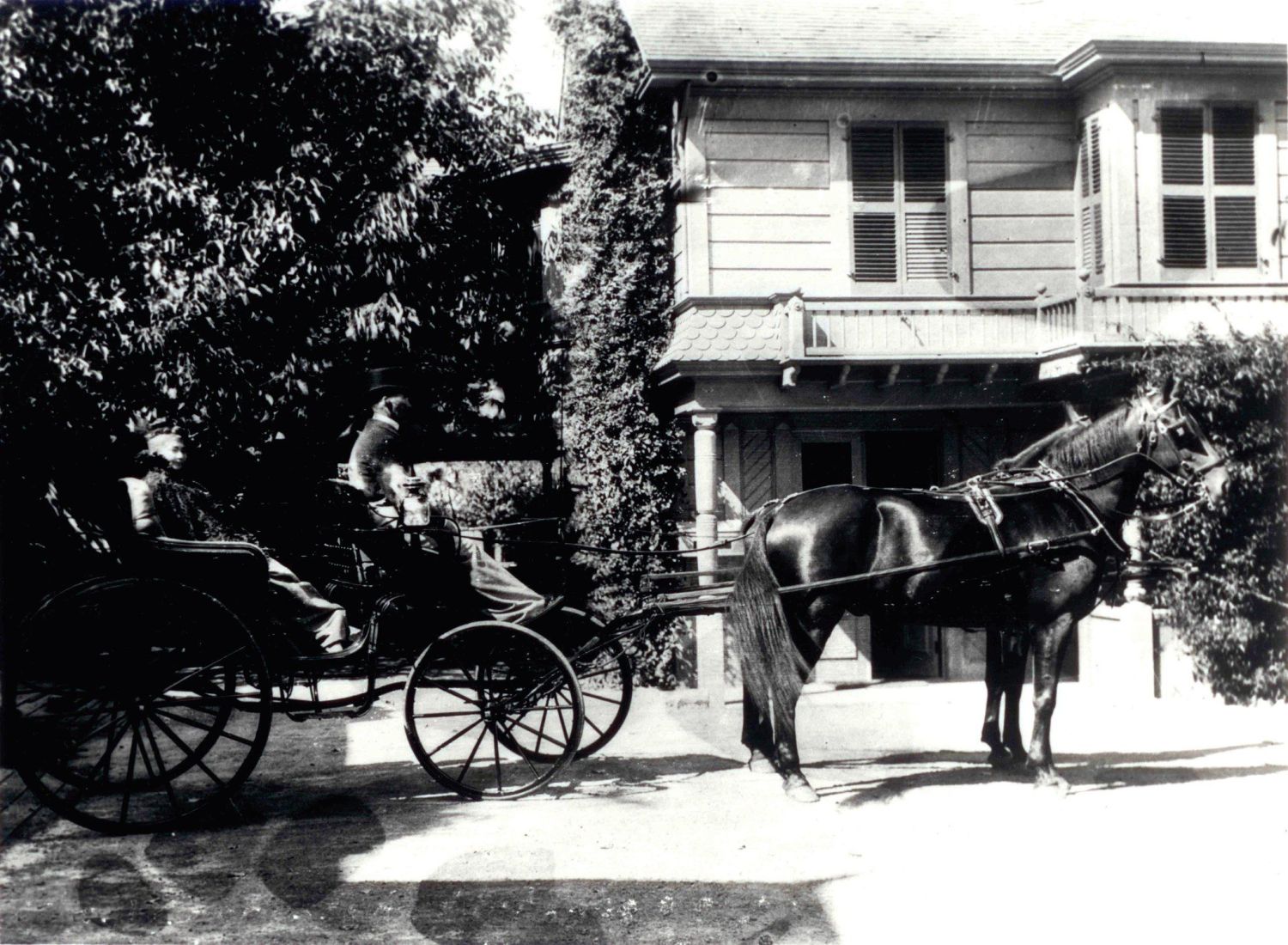 There are also those who believe she did not want to stop construction because she feared she would die when the last nail was hammered.

A spider web pattern can be seen all over the Winchester mystery house, as it was the landlady's favorite motif. Although the history of this house is bizarre, it is considered a beautiful example of Victorian art and one of the most technologically advanced buildings of the time.

It was equipped with steam heating, modern toilets, and even horizontal elevators. 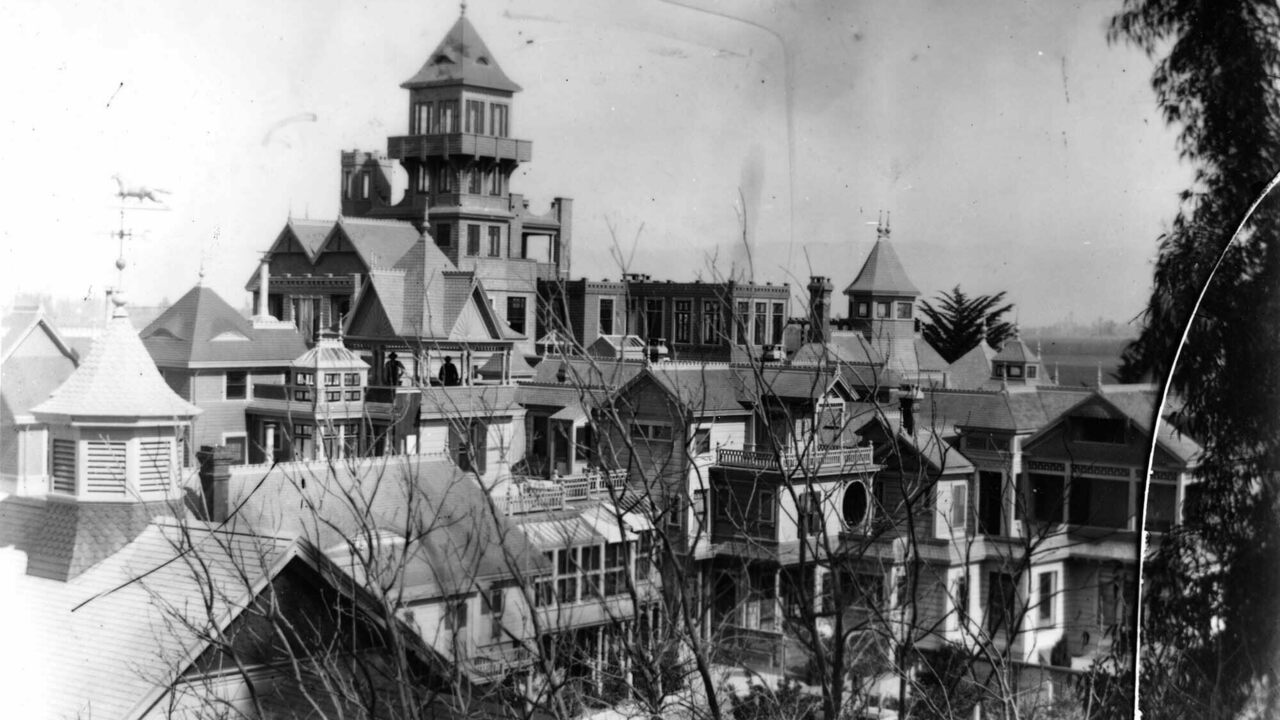 The story of the most haunted villa in California began back in 1884, and the legend of its past still lingers. The first owners of the estate were William and Sarah Winchester, wealthy heirs of the Winchester dynasty, known for rifles with the same name.

The villa was initially purchased like a six-room house, as it remained until the death of William Winchester, who died of tuberculosis. In early 1881, Sarah inherited $20 million as well as more than 50% ownership of the Winchester Rifle Company, earning her $1,000 a day. 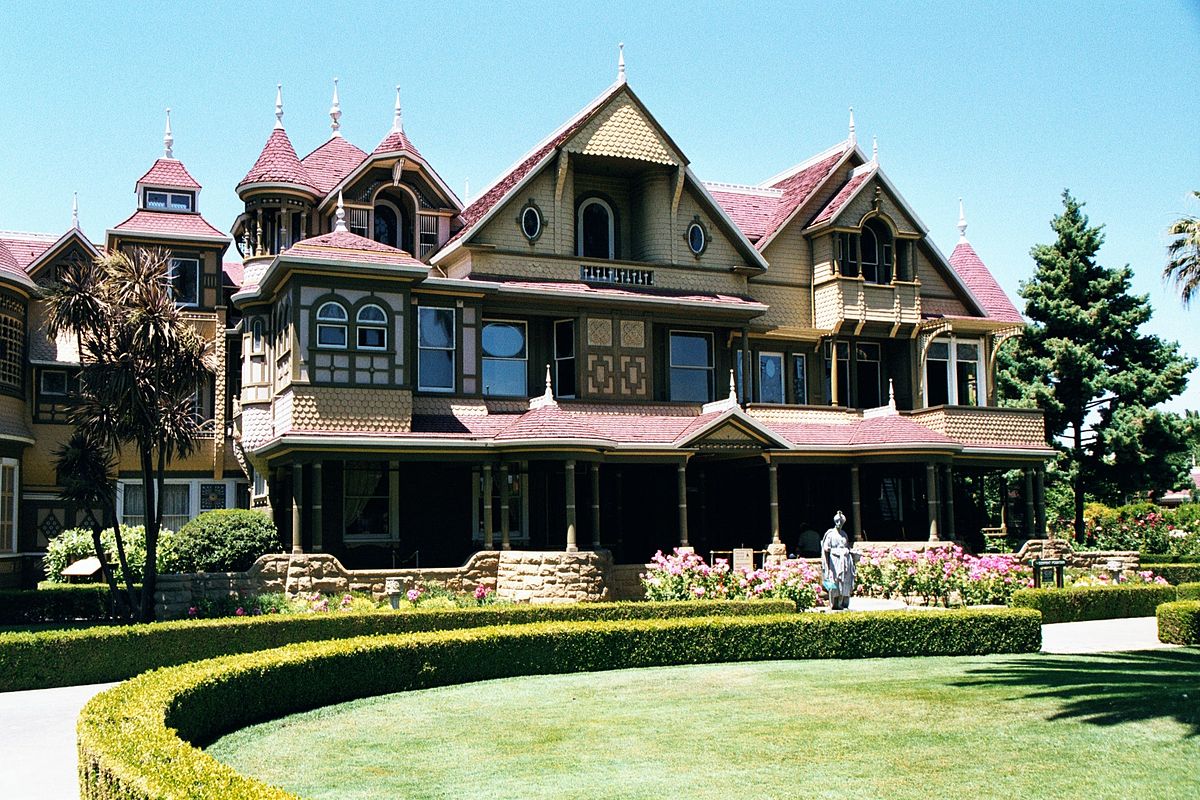 Yet, not all the money in the world was enough to heal Sarah's broken heart that had suffered for the husband and child she had lost a few years earlier.

Left alone and childless in the Winchester mystery house, Sarah fell into depression and decided to continue upgrading the mansion to subdue the pain.

In Collusion With Ghosts 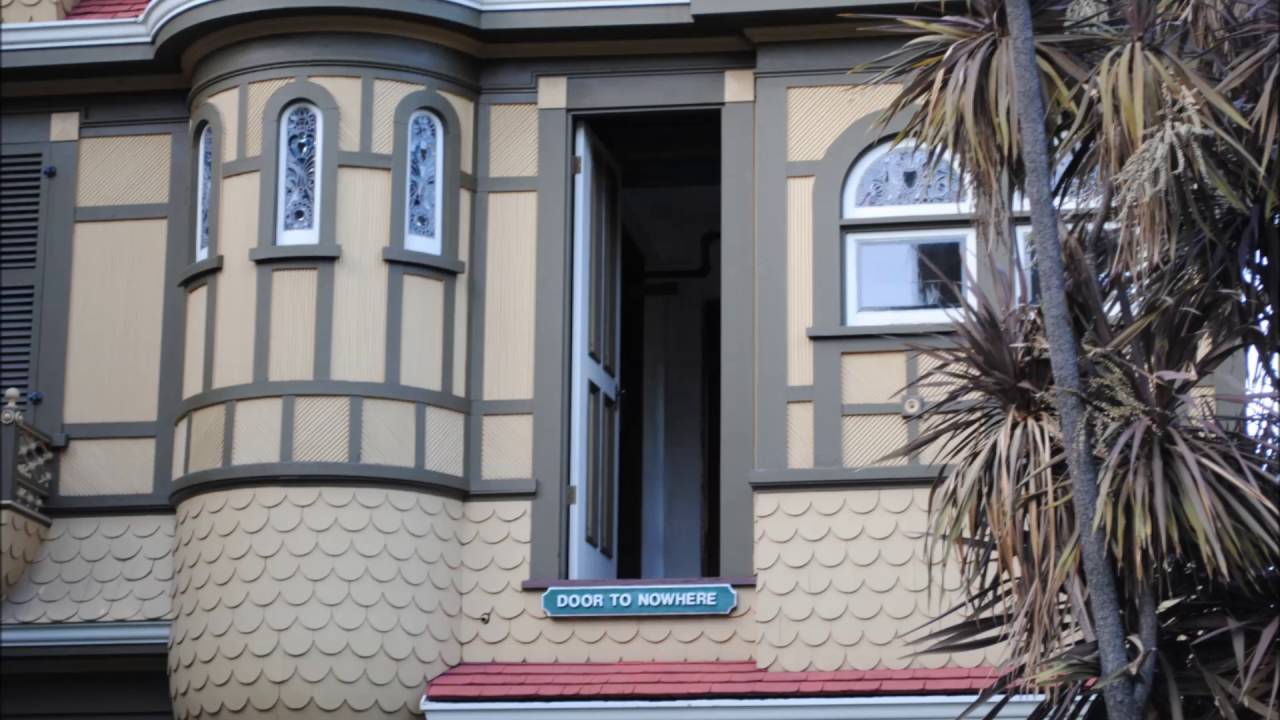 From the earliest days of its construction, California residents spoke quietly about the villa that it has been haunted by ghosts of victims who took their own lives with a Winchester rifle. The spirits took away from Sarah what was dearest to her, her husband, and her child to take revenge. The only way for her not to suffer the same fate was to continue upgrading the villa for the rest of her life.

She fulfilled this until 1922, when she died a natural death. Sarah allegedly used a ghost board to communicate with them to give her instructions for building the Winchester mystery house.

Mentally broken and unstable, Sarah changed her construction plans every day, driving construction workers crazy, but they did not dare to rebel out loud because they were well paid. 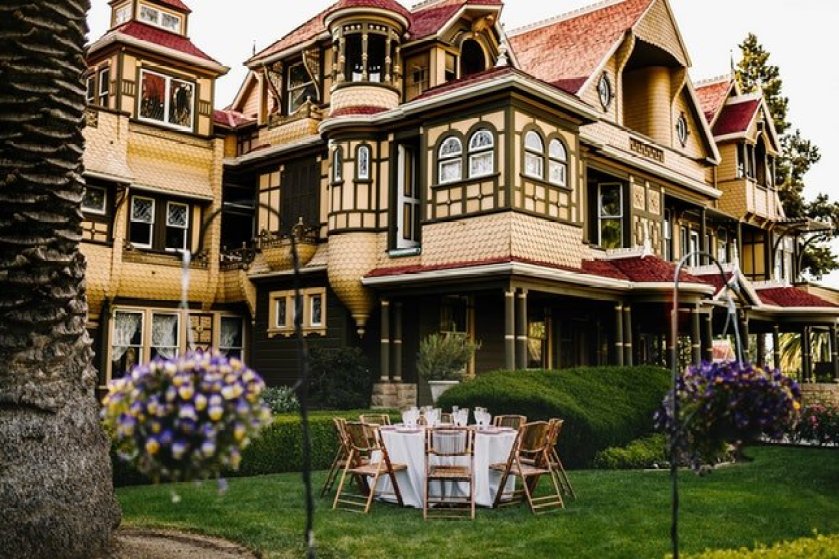 Before the devastating earthquake that hit California in 1906, the villa had seven floors, while today, it has four. The Winchester mystery house was mainly built of mahogany, and about 78,000 liters of paint had to be used to paint the villa. Strange events at the address where the villa was located soon attracted the attention of tabloids that advertised the "Winchester mystery house," which curious people can visit today as part of the tourist offer of California.

The tour includes as many as 161 rooms, including 40 bedrooms and two ballrooms. The villa is decorated with 47 fireplaces, over 10,000 glass living rooms, 17 chimneys, two basements, and three elevators. 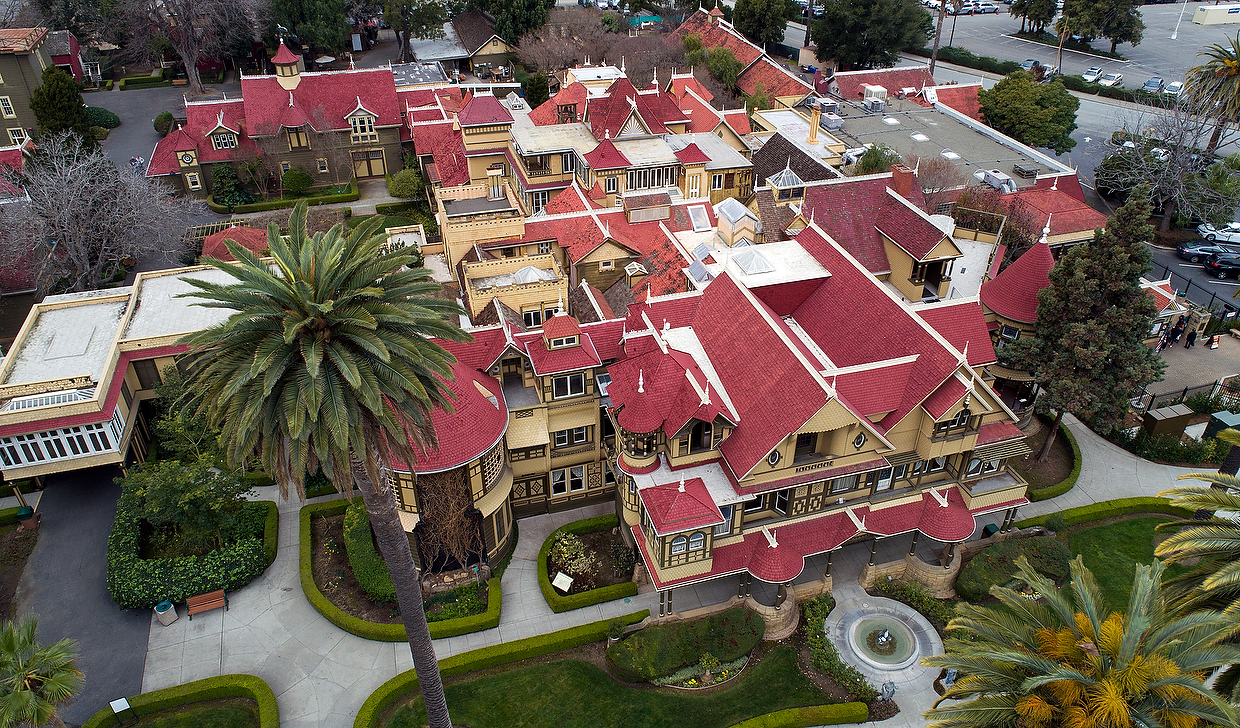 The many illogicalities of the property best illustrate the unfortunate state of the villa. Namely, since Sarah communicated with the spirit world, she often said that she often met evil ones who drove fear into her bones.

In a desperate attempt to escape from them, Sarah ordered the masters to set up a door that led nowhere because she believed it would capture the ghosts and she would be safe. 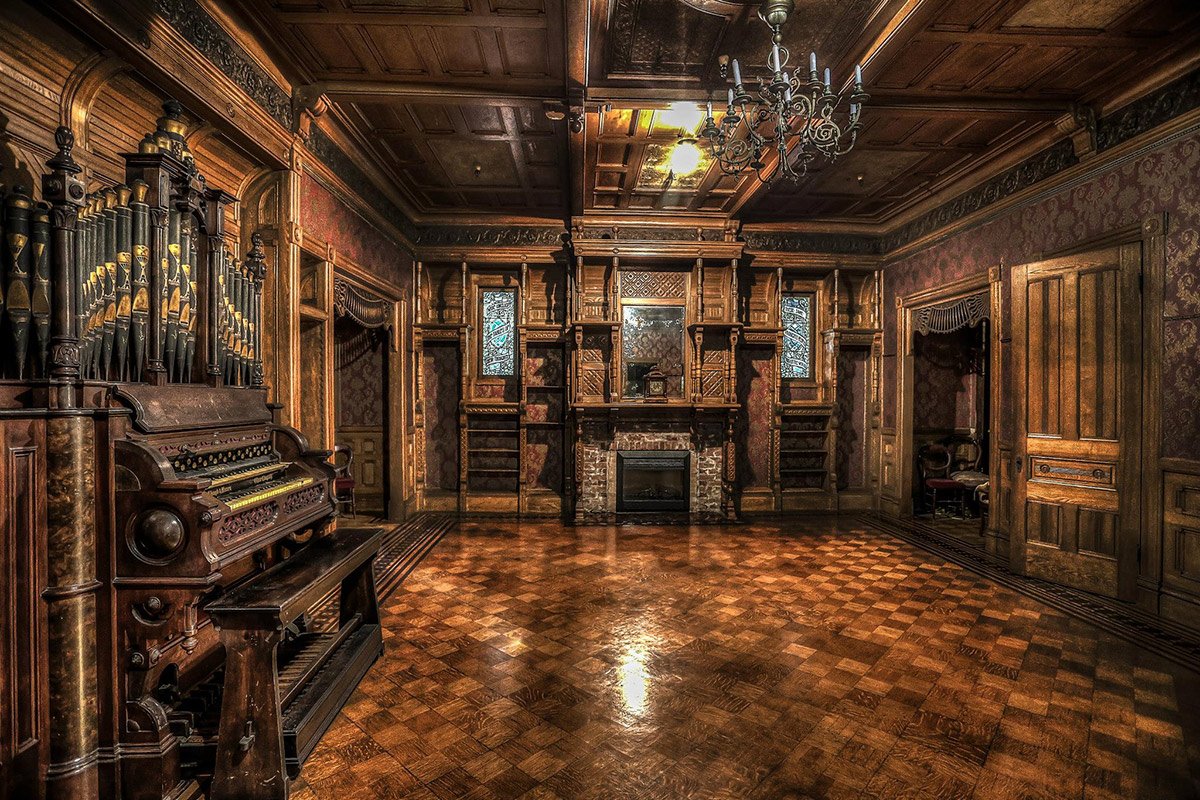 Sarah was also obsessed with the number 13, so each window had 13 glass cubes, each staircase 13 steps, under which it had 13 lines in each cube, and 13 lines on the wallpaper. A spider web pattern can be seen all over the Winchester mystery house since it was the mistress's favorite motif. 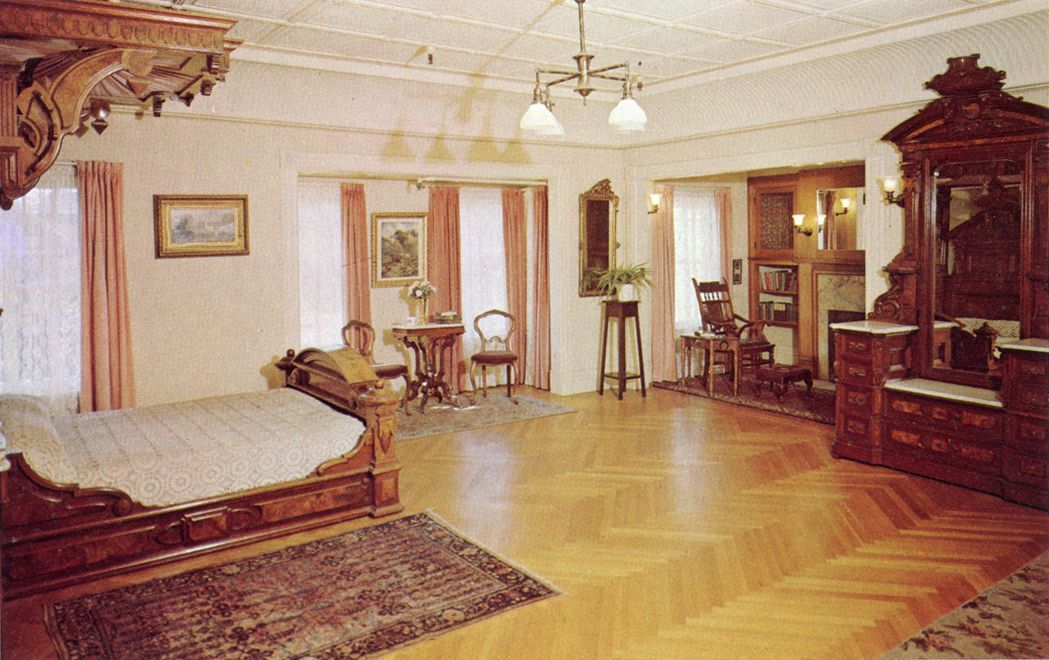 All of this was confusing to the average visitor, but not to Sarah. She had a clear vision of how the villa should be built, and every detail was directed against evil spirits to confuse and drive them away.

The villa has officially become an absolute labyrinth. When Sarah died, and the new owners came with workers to take out the furniture inherited from Sarah's niece, it took them a couple of days to find a way out.

Project Of A Lifetime 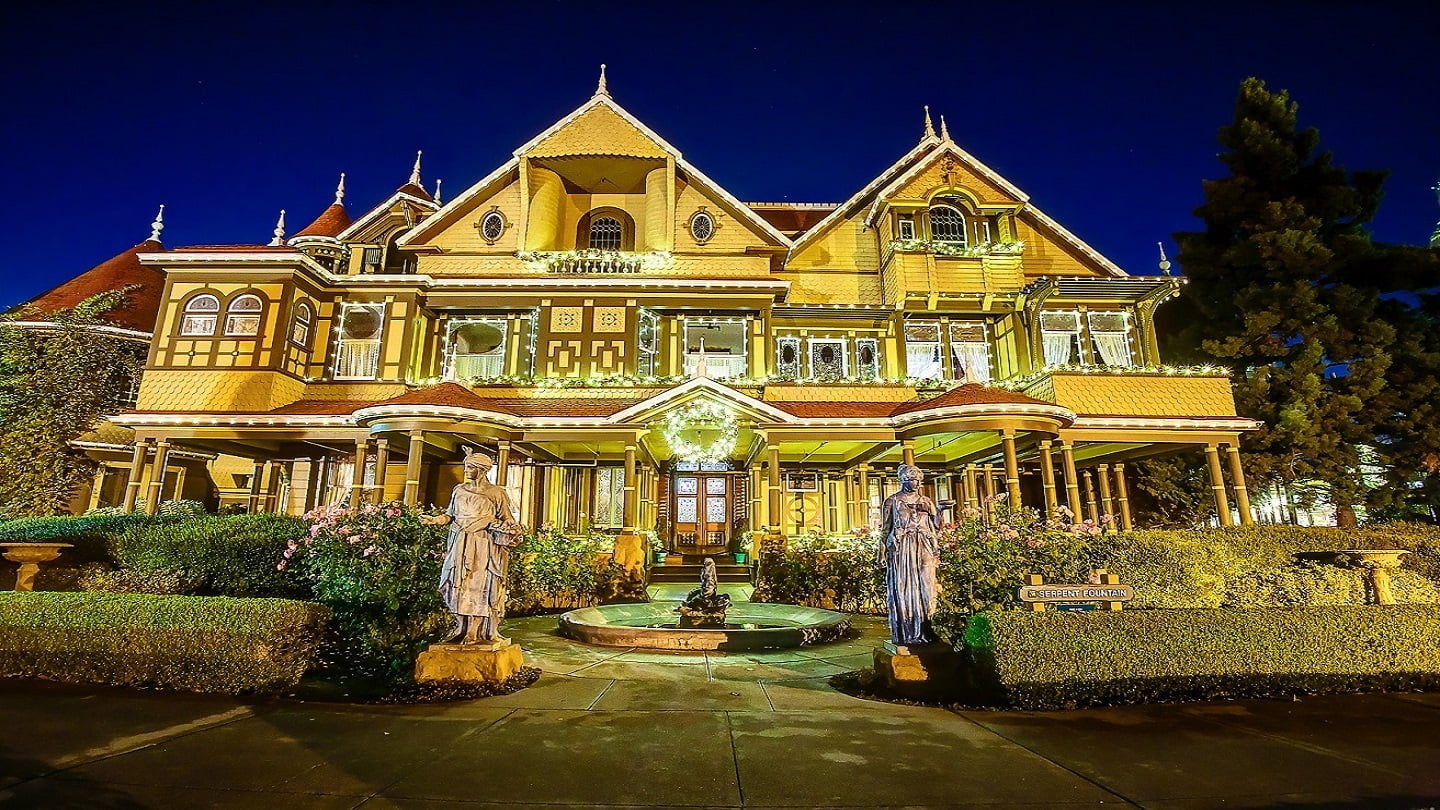 After Sarah died in 1922, she left a vast fortune. It took as many as six weeks to sort out the things she left behind.

Over $25,000 was found in one of the many rooms, which in today's value is about $ 400,000. Although it is impossible to know what Sarah actually wanted to achieve with her unusual Winchester mystery house, its beauty and mystery can still be enjoyed today through sightseeing tours because no one was interested in living in it. 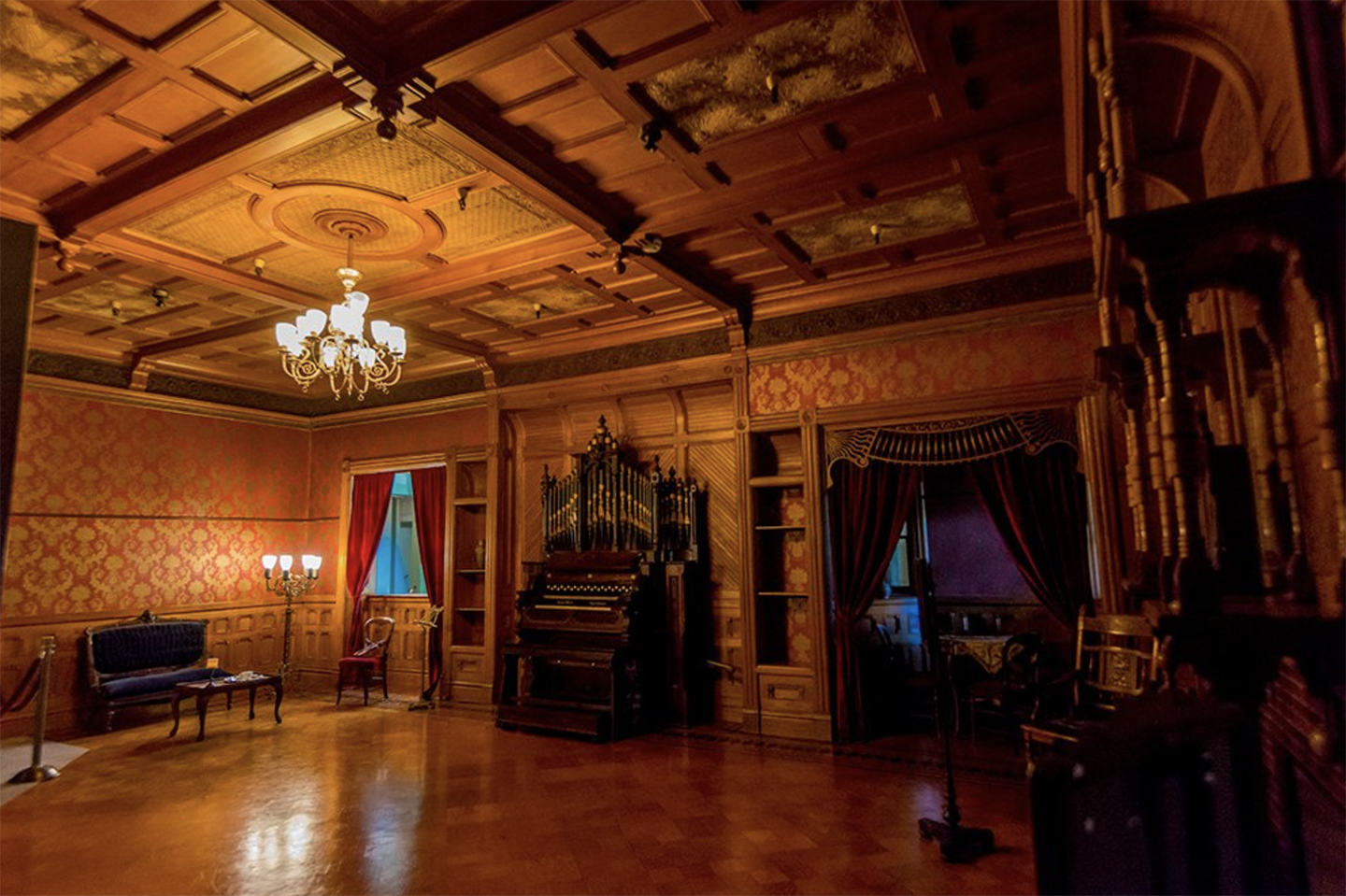 The Winchester mystery house is a significant tourist attraction, visited by a large number of lovers of unexplained phenomena, especially those who believe in ghosts. Dozens of visitors reportedly felt a "presence" in it, which is why it is often called the most haunted house in the world.

This story is partly told in the horror film Winchester: The House That Ghosts Built by Michael and Peter Spierig from 2018, which is based on real events in San Jose, and in which Helen Mirren plays the main role. 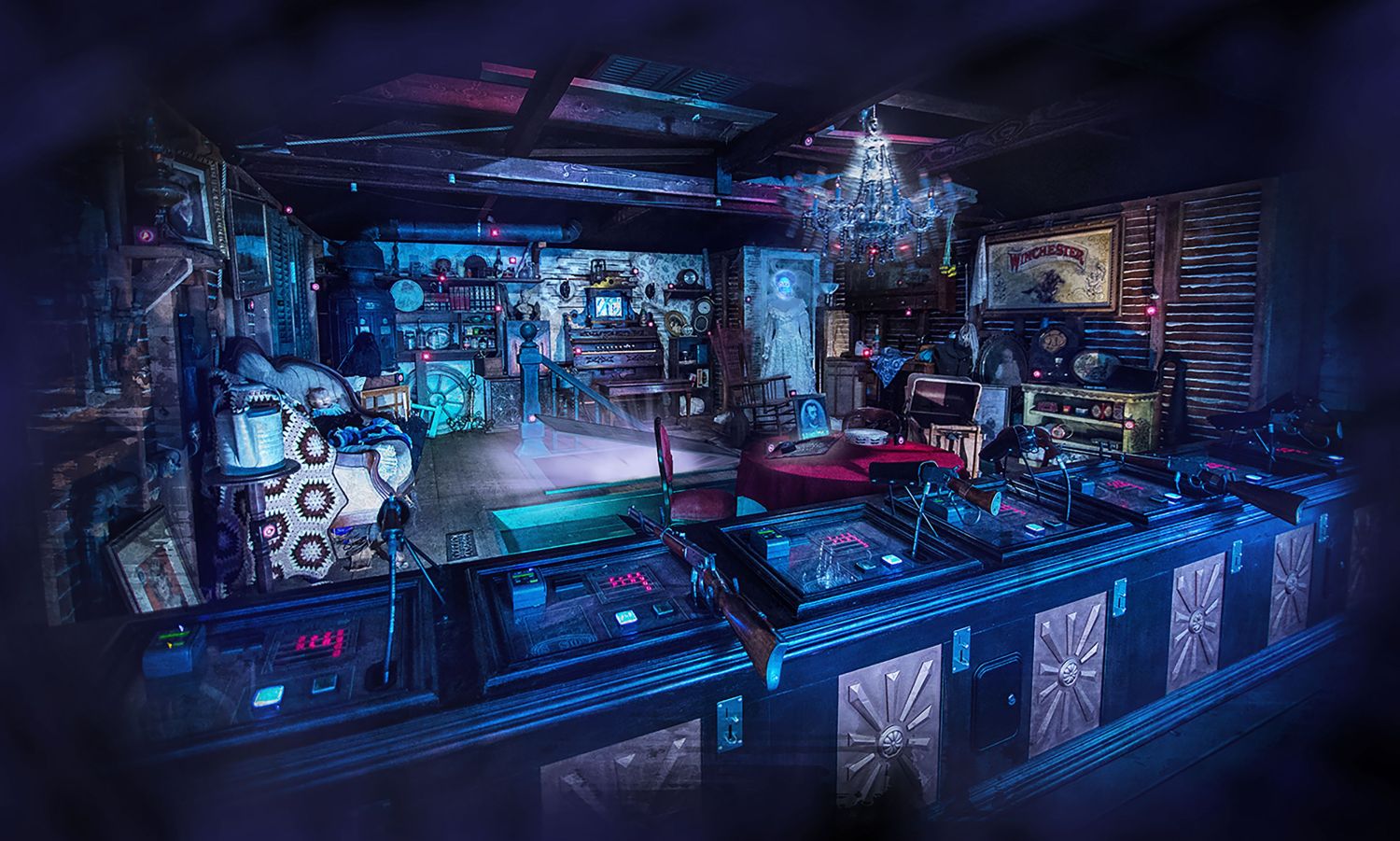 From Sarah's death until today, no one has been able to count the exact number of rooms. The construction was stopped when Sarah died in 1922, and the approximate number of rooms is 160, although no one can confirm that with certainty.

What adorns this Winchester mystery house is the fact that many guards, workers, and even visitors, have confirmed that they have encountered supernatural situations, sounds, floating lights, and the like. 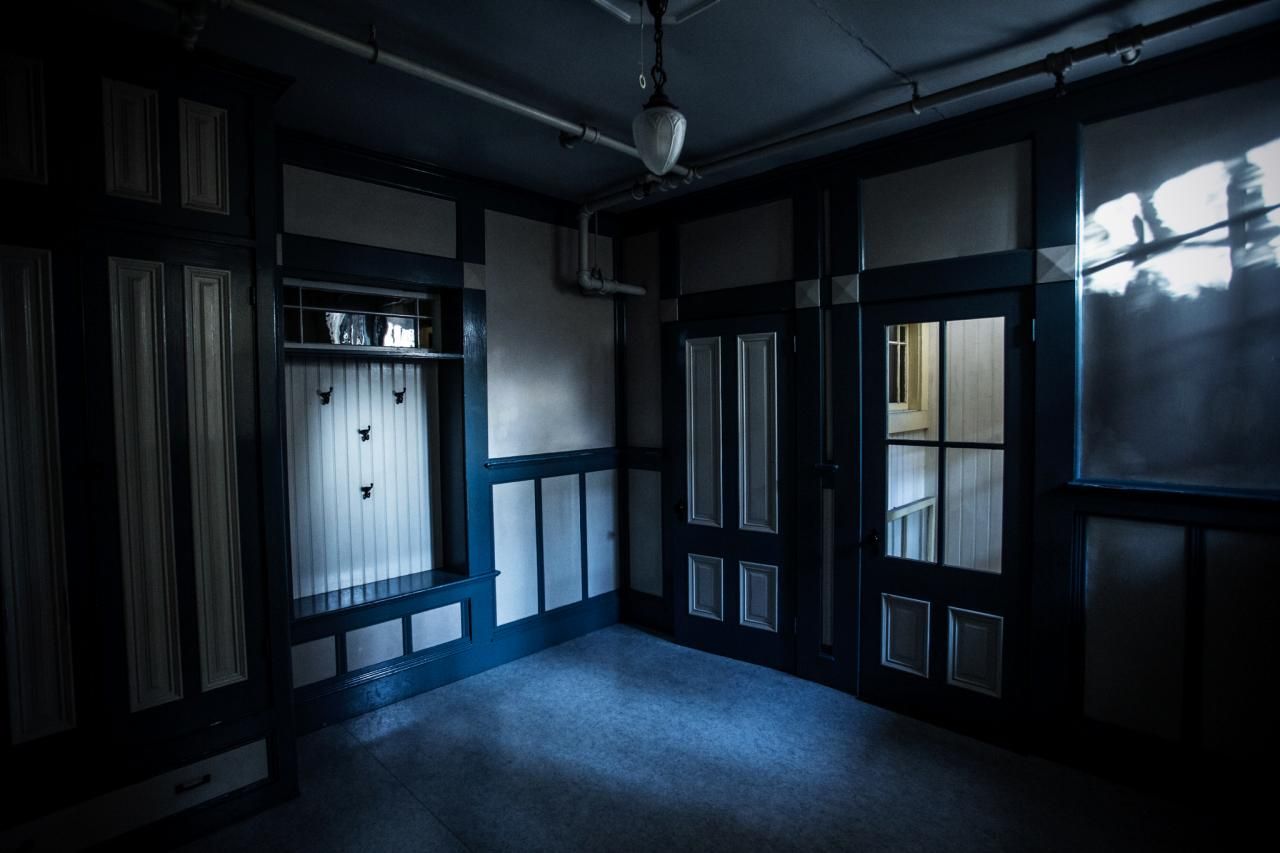 And while the rest of the Winchester mystery house is free to explore, the so-called "blue room" is closed to the public. Allegedly, it was a room where Sarah was communicating with ghosts and where there was only a table, chairs, a closet, pens, and paper. 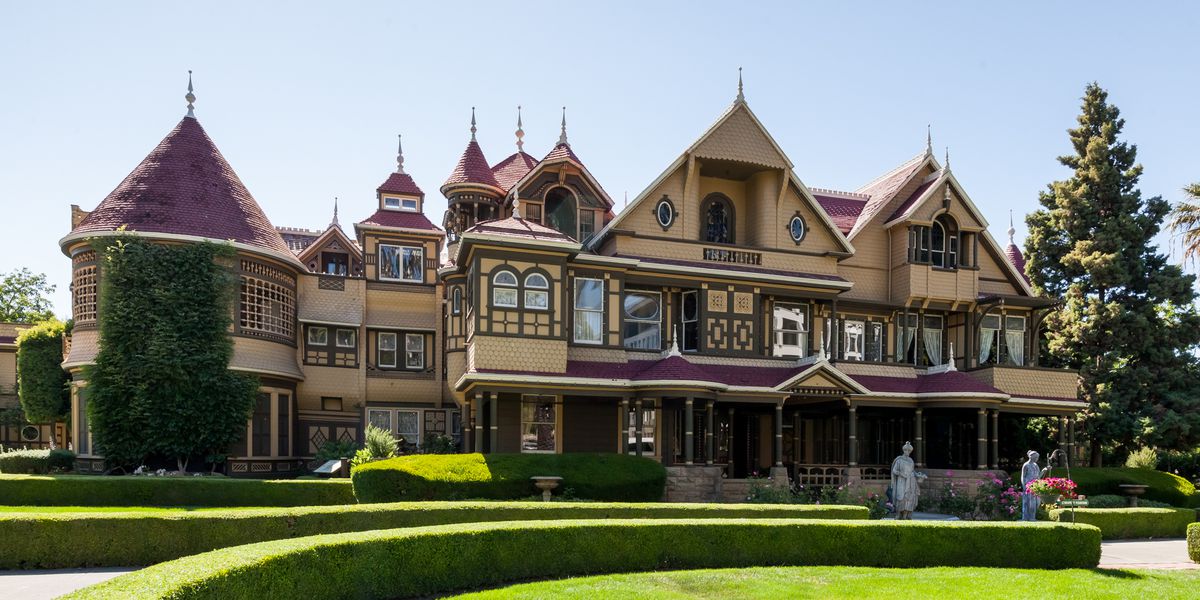 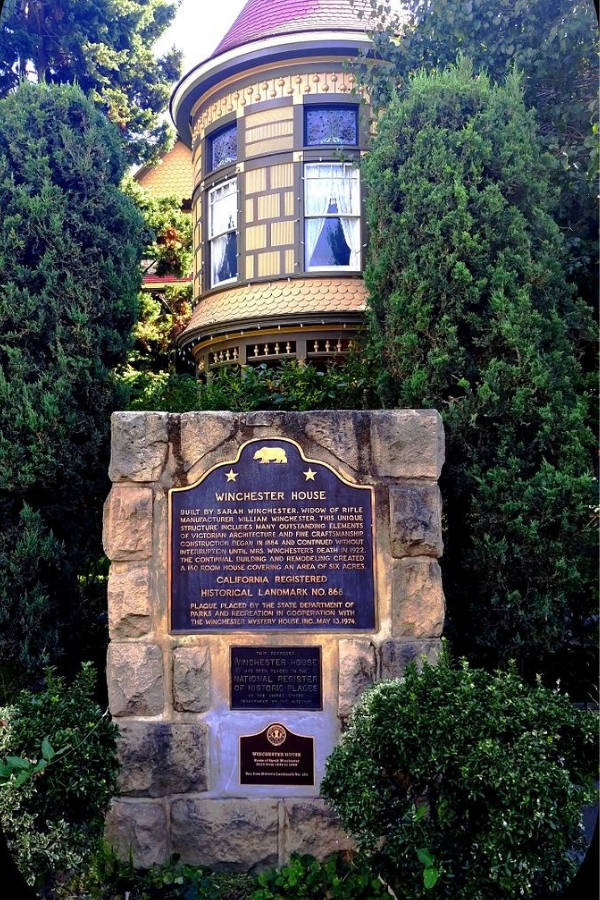 While it's impossible to know what Sarah actually wanted to achieve with her quaint villa, its beauty and mystery can still be enjoyed today if you ever happen to be in California.