Katarzyna Zowada, a 23-year-old Polish student, was reported missing after she failed to appear for a doctor's appointment on November 12th, 1998. On January 6, 1999, a sailor on a tugboat noticed a strange, pale, and spotted object floating in the river. Upon closer examination, it was determined to be human skin with a foul smell.

DNA analysis confirmed that the human skin found floating in the river belonged to Katarzyna Zowada. There have been suggestions that she was skinned alive. Despite 19 years of investigation, it was not until October 2017 that police arrested a suspect, Robert J., on suspicion of having killed, tortured, and skinned Katarzyna before using her skin to create a suit. This murder is considered one of the most disturbing in Polish history. 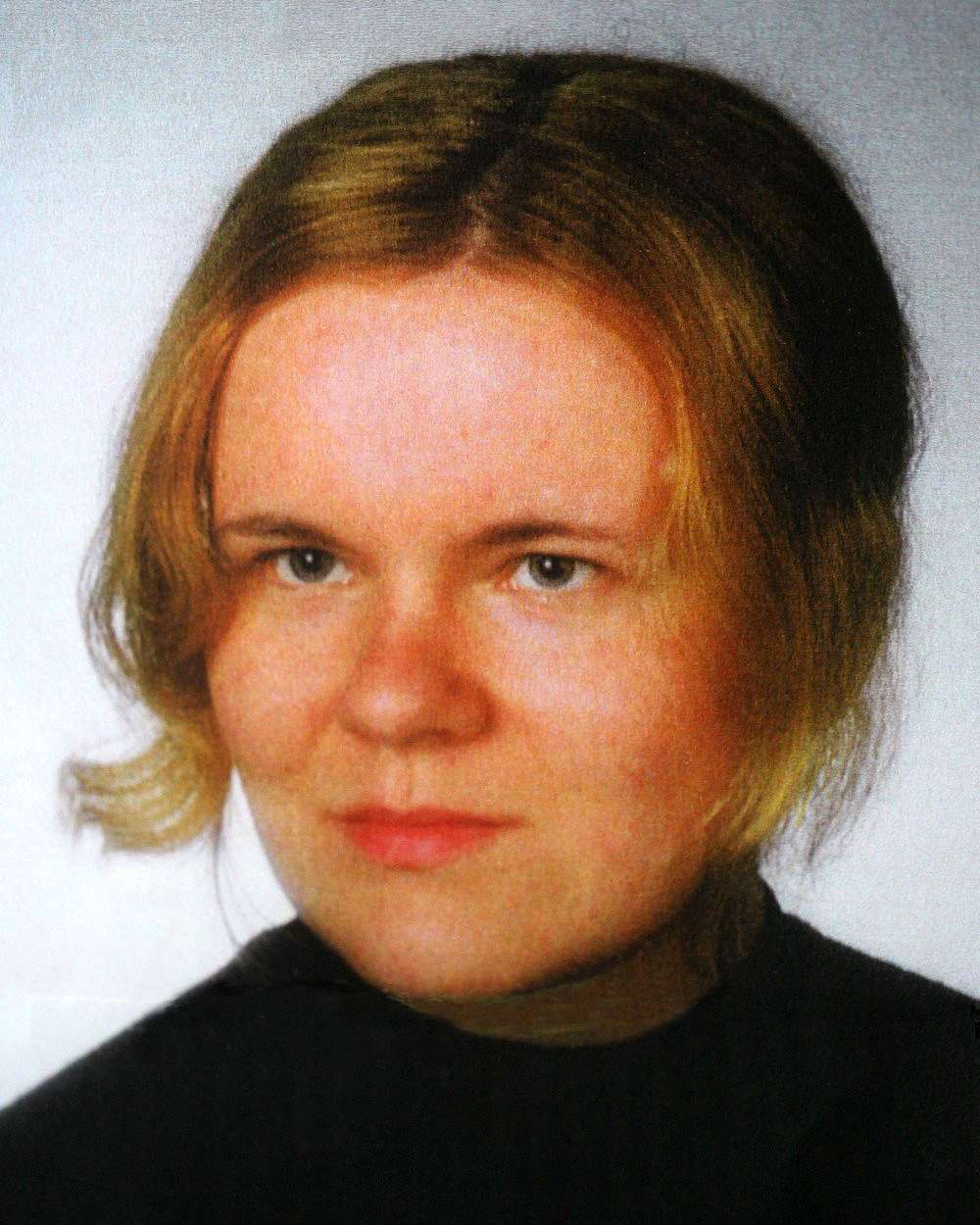 Katarzyna Zowada was a blonde student at Jagiellonian University in Kraków, Poland in the late 1990s. Described by friends as a kind, though "sad and withdrawn" person, Zowada had struggled with depression since the death of her father in 1996.

The Disappearance And Discovery Of Katarzyna Zowada's Remains:

On November 12, 1998, 23-year-old Katarzyna failed to show up for a scheduled appointment with her mother at a psychiatric clinic in Nowa Huta, where she had been receiving treatment for depression. When her mother tried to file a missing person's report at the police station, she was told to wait. However, Katarzyna never returned and no trace of her has been found.

On January 6, 1999, a sailor aboard a tugboat spotted a strange, pale, and spotted object floating in the river. Upon closer examination, it was revealed to be a foul-smelling object with a human ear attached.

Further examination revealed that the object was human skin. DNA tests confirmed that it belonged to Katarzyna Zowada. Unlike most cases where a body is discovered, the sailor who found Katarzyna did not find her body at all, just her skin. This suggests that Katarzyna was skinned alive.

It is difficult to imagine the horrors and pain that Katarzyna must have experienced before her death. On January 14, her right leg and pieces of her clothing were also found in the river, but the rest of her remains, including her head and limbs, have never been recovered.

When authorities examined the remains, they made a disturbing discovery: it appeared that the skin had been prepared in a way that it could be worn as a suit, similar to the character Leatherface in the film The Texas Chainsaw Massacre.

The American serial killer and body snatcher, Ed Gein, also engaged in similar behavior using stolen corpses. However, the case of Katarzyna Zowada was different. This murder is considered one of the most disturbing in Polish history. Despite its gruesome nature, the story of the murder never made it to American newspapers. 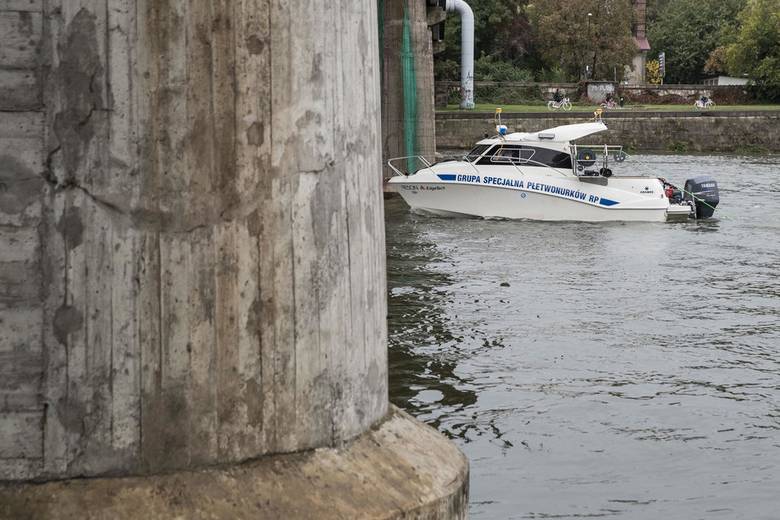 In an effort to solve the crime, investigators and experts from other countries, including the FBI, were called in to assist. In May 1999, the Forensic Medicine Unit in Kraków received the body of a man with a severed and scalped head.

The killer, Vladimir W., was eventually revealed to be the son of the victim, originally from the Caucasus region. Prior to his arrest, he was seen wearing a mask made of skin taken from the head of his own father.

Initially, investigators suspected that Vladimir may have been involved in Katarzyna's murder, but no evidence was found to support this. He was eventually charged with and convicted of his father's murder, and sentenced to 25 years in prison. After a few years, he was transferred to a prison in Russia at his own request.

A year later, the official investigation into the crime was closed due to the inability to identify a perpetrator. However, police officers involved in the case continued to follow up on credible leads. 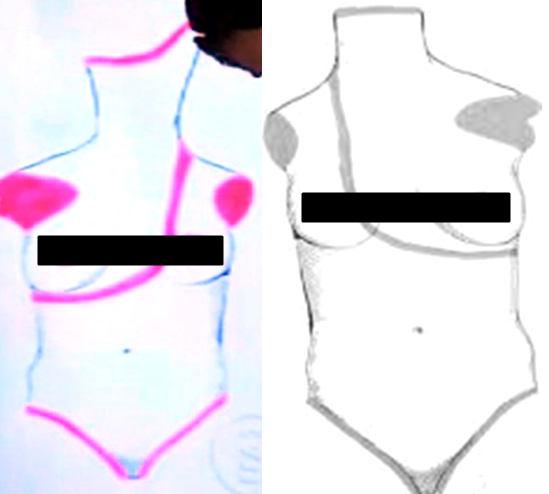 Investigators later determined that the attacker had used a sharp tool to wound the victim on her neck, armpit, and groin, causing extreme pain. In 2014, an FBI representative for Europe created a psychological profile of the suspect, suggesting that he had sadistic tendencies.

In 2016, it was confirmed that Katarzyna had been tortured before her death and that the perpetrator was likely trained in martial arts, specifically in a particular, undisclosed variation.

The Arrest Of The Suspect And Trial:

In October 2017, 19 years after the crime was committed, police made their first arrest after discovering new evidence. A 52-year-old man named Robert J. was arrested in Cracow's Kazimierz district on suspicion of being the killer who tortured and skinned Katarzyna before using her skin to make a suit. 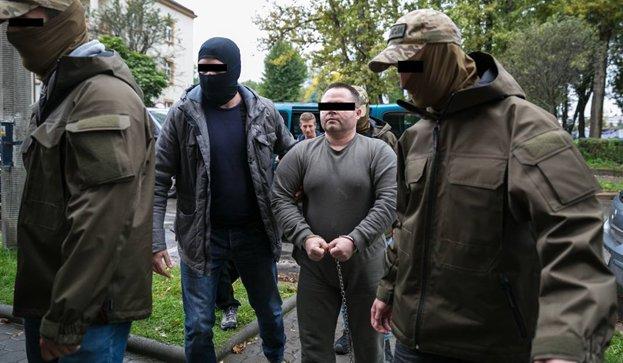 During a search of his apartment, investigators discovered blood in the bathroom and secured the bath and frame for further testing. Robert J. had been a person of interest in the police investigation since 1999, but had not been arrested until 2017.

Robert J. fit the psychological profile of the suspect, as he was trained in martial arts, knew the victim, visited the victim's grave, and had a history of harassing women. He had also previously worked in a dissecting lab where he dealt with human corpses.

Robert J. had also worked at the Cracow Institute of Zoology, where he could observe the process of preparing animal skins. His employment was terminated the day after he killed all of the institute's rabbits during his shift. When asked to explain his actions, Robert J. was unable to provide an explanation.

The police detained Robert J. after receiving a letter from one of his friends. The contents of the letter are a closely guarded secret of the investigation. Robert J. was charged with aggravated murder with particular cruelty, but he maintains that he did not know Katarzyna Zowada.

The Court of Appeal agreed to extend Robert J.'s detention until September 6, 2018, while investigators gathered evidence. In December, Robert J. claimed that he was being harassed by the prison guards, but an investigation found these allegations to be baseless.

Robert J. is currently awaiting trial and has recently received attention for alleging that he has been harassed and insulted by prison guards. This claim has caused outrage among prison guards and prosecutors.

Following an investigation into Robert J.'s allegations of harassment and insults by prison guards, authorities have determined that the claims are baseless. As a result, they have decided to add the charge of "lying to police" by "falsely accusing the prison guards" to the charges that Robert J. already faces. As of September 2019, Robert J. remains in custody while authorities continue to gather evidence in the case.