Her Majesty Queen Elizabeth II said goodbye to her husband of over seven decades last month. A few days ago, another tragedy happened.

The Internet agrees that Queen Elizabeth suffered enough this year. So, let's see what went down and why this is one of the hardest years in the Queen's life.

Social media users expressed their worry and sadness over the beloved Queen.

Between troubles with Prince Harry, her grandson, and legal controversies surrounding her son, Prince Andrew, Her Majesty's plate is already full.

The Queen even celebrated her 95th birthday on her own, for the first time in her life.

You don't have to be a Royalist to feel her pain.

After all, the Queen is only human. 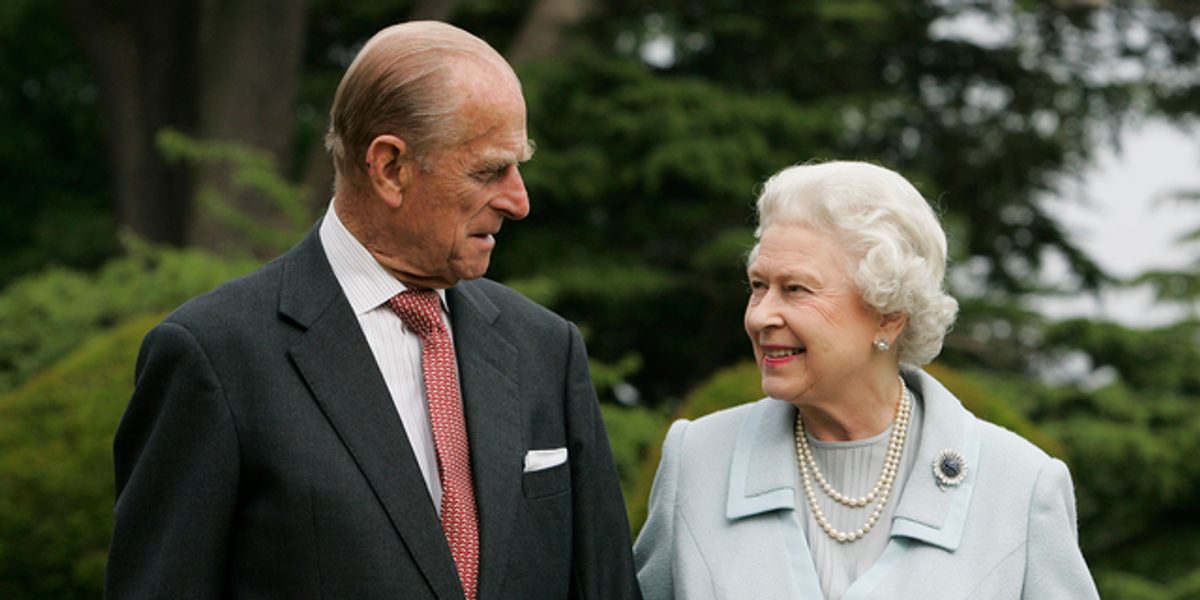 Prince Philip, Duke of Edinburgh, passed away on April 9. The statement from the Windsor Castle became breaking news worldwide. It said:

"His Royal Highness passed away peacefully this morning at Windsor Castle."

"The Royal Family join with people around the world in mourning his loss. Further announcements will be made in due course."

Prince Philip and Queen Elizabeth II spent over seven decades together. He's the longest-serving consort in history, standing by Her Majesty's side during six decades of her reign. 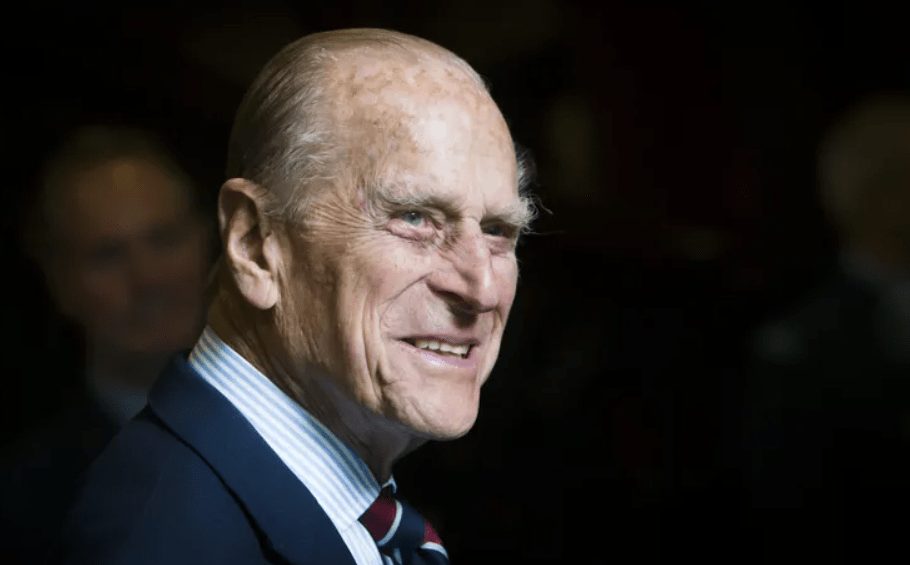 His retirement in 2017 came as no surprise. Prince Philip's health had been declining slowly for the last decade of his life.

He spent his last years in and out of hospitals, but he was 99 and despite his spirit, his body couldn't take it anymore.

As soon as the news broke, it seemed as if the world stopped.

People around the globe started mourning Prince Philip and his lifetime of devotion to the Queen.

Famous or not, people joined in grief.

The Countess of Wessex has shared details of the last moments of #PrincePhilip’s life: ‘It was right for him. It was so gentle. It was just like somebody took him by the hand and off he went. Very, very peaceful and that’s all you want for somebody isn’t it?’ 😢 pic.twitter.com/OhLaSxXjqq

Some of the old photos showed the unbreakable bond between the Queen and her Prince Charming. 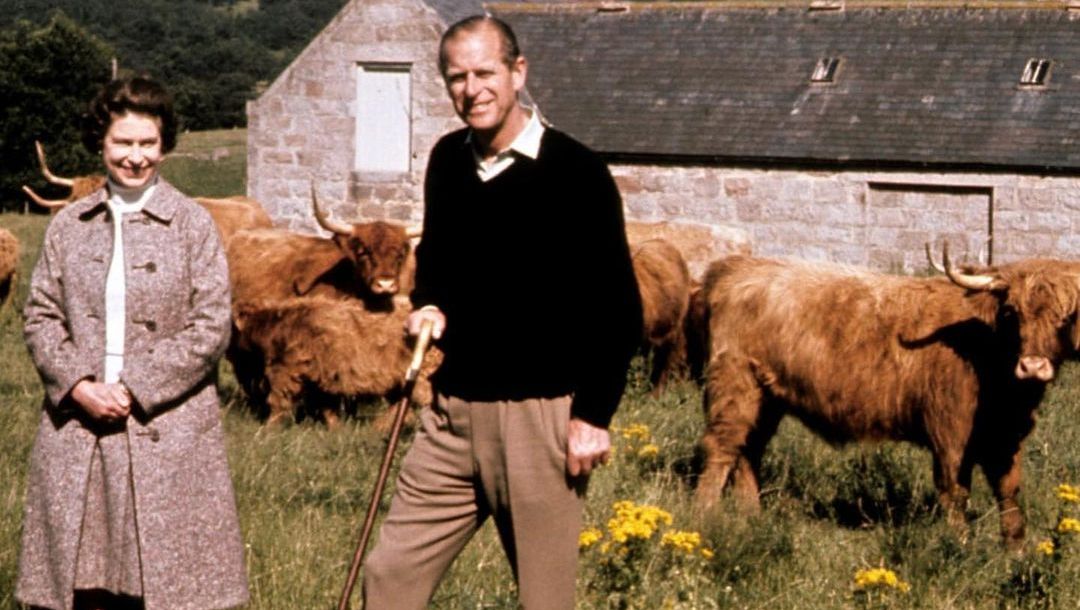 Prince Charles, the Queen's and Prince Philip's oldest son and the future King, spoke briefly in front of his home. He was the first member of the Royal family to talk to the press. He said:

"My dear Papa was a very special person who I think above all else would have been amazed by the reaction and the touching things that have been said about him, and from that point of view we are, my family, deeply grateful for all that."

"My grandfather's century of life was defined by service – to his country and Commonwealth, to his wife and Queen, and to our family."

"I feel lucky to have not just had his example to guide me, but his enduring presence well into my own adult life – both through good times and the hardest days. I will always be grateful that my wife had so many years to get to know my grandfather and for the kindness he showed her."

"My grandfather was an extraordinary man and part of an extraordinary generation. Catherine and I will continue to do what he would have wanted and will support The Queen in the years ahead."

"I will miss my Grandpa, but I know he would want us to get on with the job." 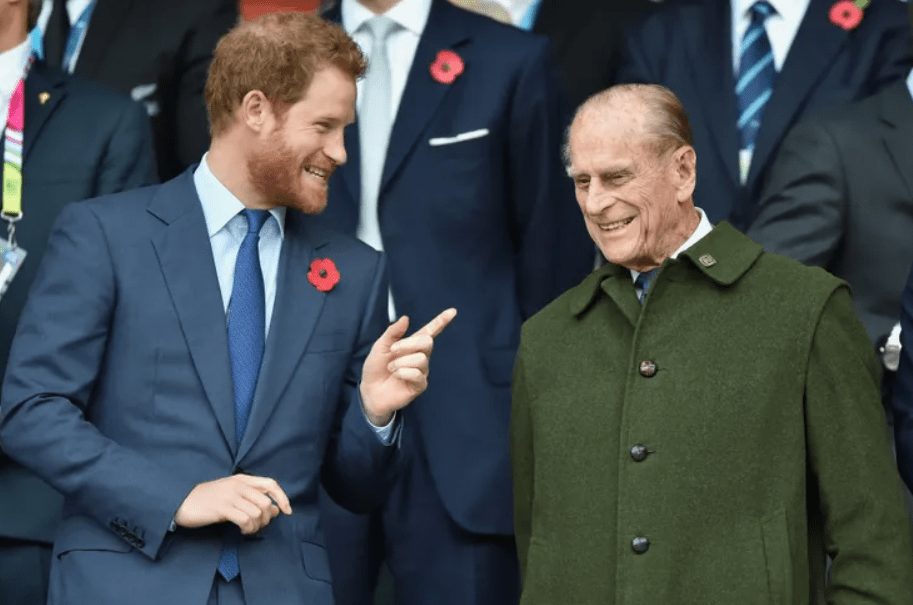 The British Royals And The Public In Mourning

Though she was supposed to be in mourning, Queen Elizabeth II showed her strength by continuing her royal duties only four days after losing her husband.

People admired her for showing what her service is all about. Yet, during the funeral, on April 17, the Queen looked alone and distant.

Even then, she choose to sit all alone due to Covid-19 protocols.

Instead of having a big funeral, it was televised. The book of condolences was open to the public online.

The Duke's body was transported from the Quadrangle at Windsor Castle to the church in a Land Rover that Prince Philip helped design.

The plans for the funeral reflected the Duke's wishes, as the Buckingham Palace stated. With only 30 guests, it was a dignified family event.

However, the Queen, all alone, that broke many hearts.

All By Herself For The First Time

The Queen was only 13 when she met dashing 17-year-old Philip. It was love at first sight.

The image of the Queen sitting all by herself was too much for anyone. People were touched, and vocal about it:

But she did not have time to recover from her husband's death. The Queen faced another tragedy, and to understand how profound it truly is, you have to know more about Her Majesty.

It All Started With Susan

When the Queen was still a teenager, she received a gift, a corgi named Susan. During her lifetime, she had around 30 dogs.

James Bond and 2 corgis (from the London Olympics opening) Does it get any better @misterknightly? pic.twitter.com/INyEIGnB

Her Monty even made an appearance during Olympic Games in London 2012. There was James Bond, the Queen, and her adoring puppies, to make everything even more regal.

After Vulcan, her dorgi – a dachshund-corgi cross – passed away last year, the Queen thought she should not have any more dogs. Not because she didn't want to. She thought about the dogs, according to the sources:

"The Queen was left with only one dog at the end of last year. She had made the decision not to get any more because she didn't think it fair at her age."

It was Her Majesty and Candy, her senior puppy.

However, she did get a gift: two puppies, and the same source explained:

"But it would be unthinkable for her not to have any. It's like the Tower of London not having any ravens. The new puppies are adorable."

Her two new buddies came during Prince Philip's hospital treatments in early 2021. They were rather special, considering how much The Queen loves her husband and, of course, her corgis and dorgis.

The two puppies got special names: Fergus and Muick.

Fergus was named after the Queen's uncle Fergus Bowes-Lyon, who was killed in action during the First World War.

Muick was named after Loch Muick, a favorite spot for the Royals during their summer holiday.

"Her corgis are hugely important to her."

"They have over the years been closer to her than any human being. The corgis are intensely loyal and loving and they have never let her down."

Fergus, the Queen's five months old puppy, suddenly died. He was a gift from her son Andrew, and the Queen is devastated.

Losing a beloved puppy is a tragedy no matter how old they get, but Fergus was only a baby.

"The puppies were brought in to cheer her up during a very difficult period."

And now, everyone is worried:

"Everyone concerned is upset as this comes so soon after she lost her husband."

We don't know how Fergus passed away, but we hope he is playing with other loving dogs over the rainbow bridge. There is no doubt that the Queen will miss him tremendously.