Oak Island is located off the coast of Nova Scotia near Halifax, in eastern Canada. This 140-hectare island is privately owned and is best known for its alleged buried Oak Island treasure, especially in a specific place commonly known as Money Pit.

For more than 200 years, explorers and treasure hunters have struggled to unravel one of the most puzzling mysteries in the Western Hemisphere: the mystery of the Oak Island treasure.

Since its discovery in the late 18th century, several theories have tried to explain the nature of the legendary Oak Island Treasure in the Money Pit. Many attempts have been made in the following centuries to discover the treasure. It has not happened yet.

Still, efforts continue today, hoping that a fantastic treasure will eventually be found on the mysterious Oak Island.

Discovering The Money Pit Of The Oak Island Treasure 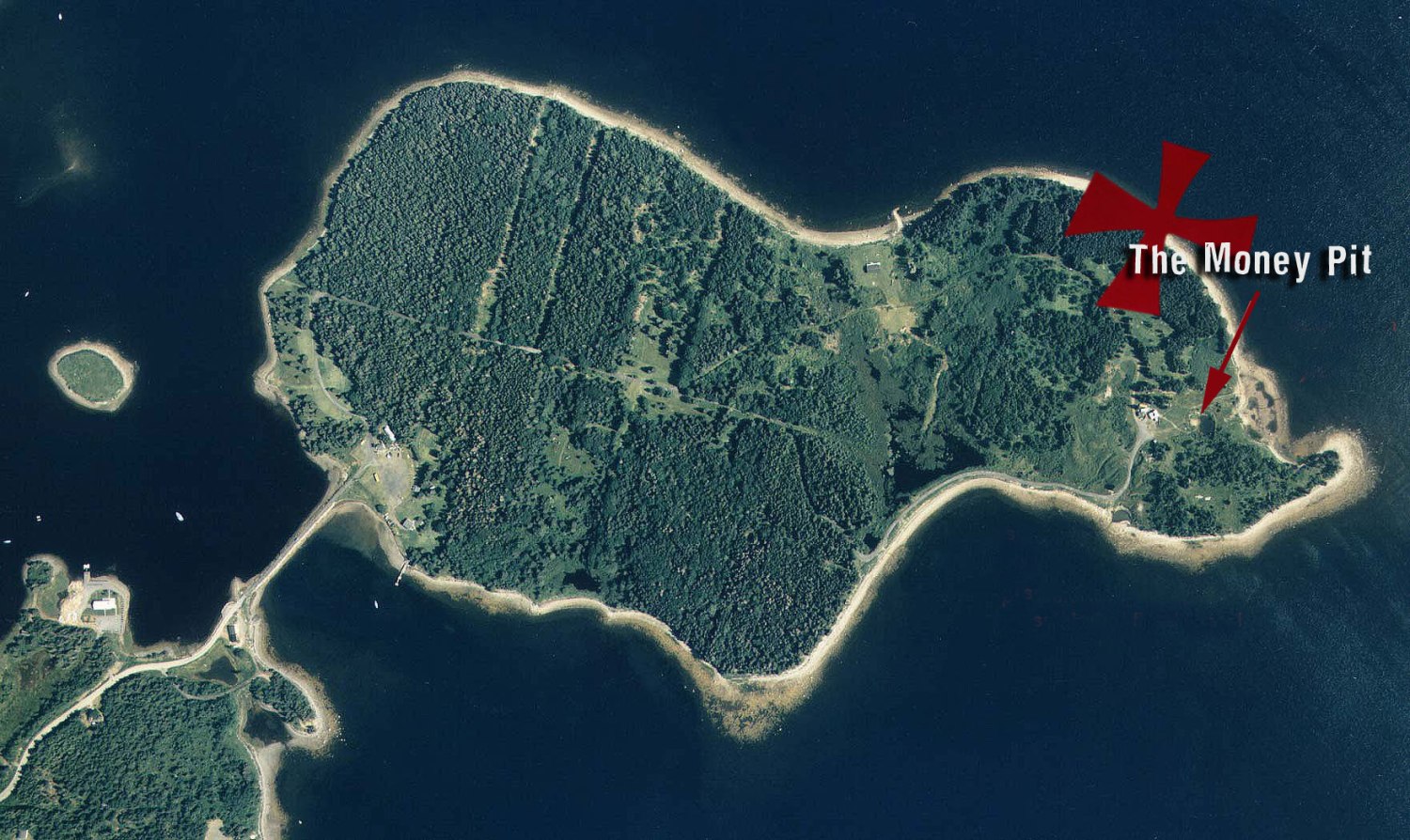 The money pit on Oak Island was allegedly discovered in the summer of 1795. A teenager named Daniel McGinnis came across a circular hollow in the ground while wandering around the island. McGinnis decided to explore the pit with a few friends, and in the following days, along with his friends John Smith and Anthony Vaughan, began digging a hole.

Two feet from the surface, the boys hit a layer of stone slabs. They continued digging at a depth of 10 feet when they came across a layer of oak logs. Two more layers of oak logs were found 20 and 30 feet below the surface. At this point, the boys could no longer continue on their own and decided to go home, intending to continue the search.

It wasn't until eight years later that McGinnis and his friends managed to return to their excavation site of the Oak Island treasure. They joined forces with Onslow. A company that was founded to excavate Money Pit. The digging continued to a depth of 90 feet. A layer of oak logs was discovered at each 10-foot interval. 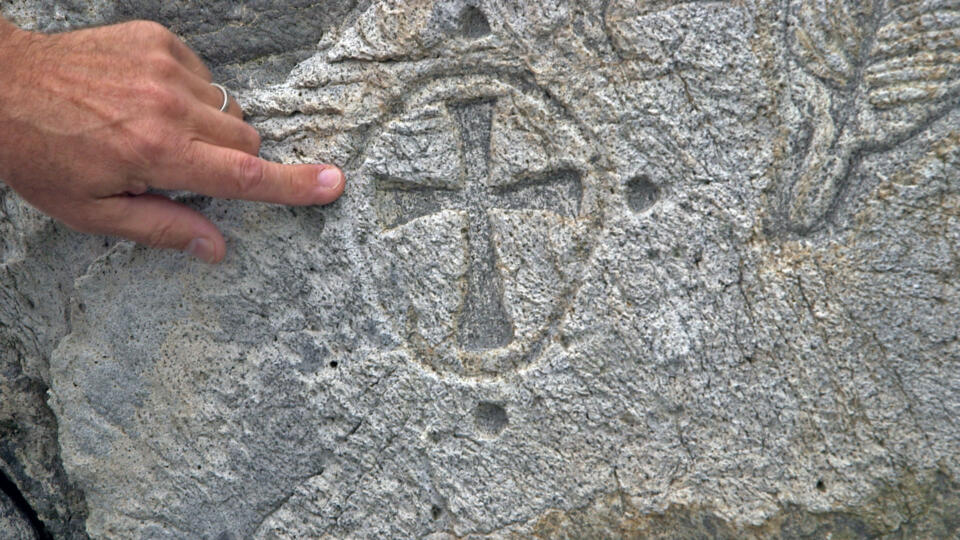 A layer of coal, putty, and coconut fiber was found at depths of 40, 50, and 60 feet. The most enigmatic discovery, however, was reportedly made at 90 feet. A stone with an inscription was found at this depth. The writing on the rock, which consists of symbols, is usually interpreted as follows:

When the layer of oak logs found on this layer was removed, water began to enter the pit, and the next day it flooded it to a depth of 30 feet. Excavators tried to pump water out of the hole but without success.

The following year, a shaft was dug parallel to the Money Pit to dig a tunnel to the latter at 100 feet. This, however, failed because the flood problem recurred.

Layers Of Oak, Metal, And Spruce On The Money Pit 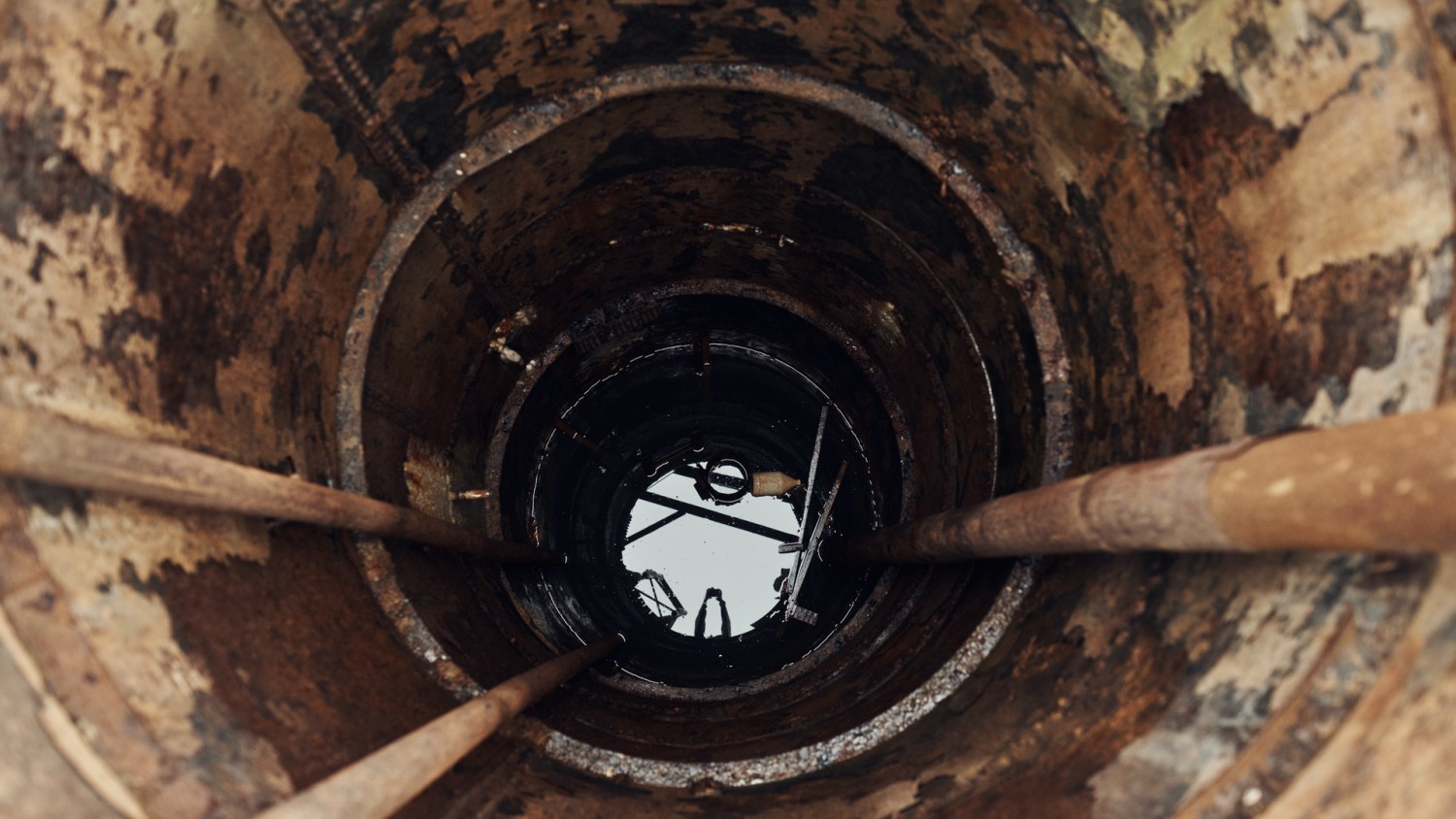 The Truro company resumed the quest for the Money Pit treasure in 1849. Once again, they encountered the flood problem. The company decided to find out what was buried in the pit before continuing to dig. For this purpose, samples of drilling cores were obtained, which allegedly contained a layer of spruce, oak, and pieces of metal. This was followed by another layer of oak, metal pieces, and spruce.

With these findings at hand, it was concluded that two gold barrels are waiting to be discovered in the Oak Island treasure pit.

The following year, Truro tried to dig a parallel shaft and a connecting tunnel, but like Onslow before, they failed. Truro eventually gave up, and over the next century and a half, several attempts were made to locate the treasure. Some claimed that various discoveries had been made at a mysterious location on Oak Island. 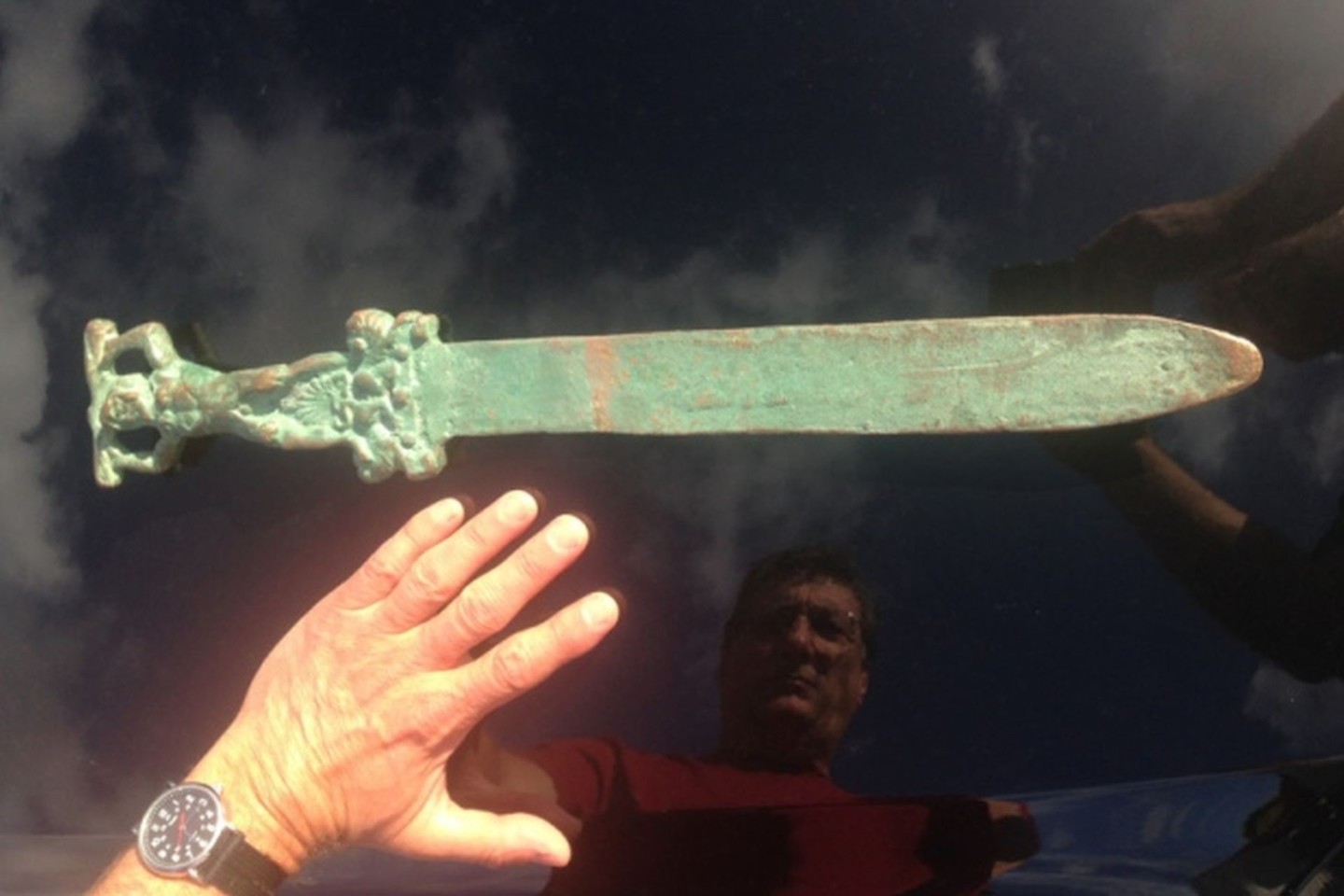 At a depth of 160 feet (49 meters), a cement vault believed to contain treasure was reportedly discovered in 1897. Despite all these attempts, the Oak Island treasure of the Money Pit has not yet been found, and efforts continue today.

Brothers Rick and Marty Lagina made the latest attempt to take the treasure with their team. Their treasure hunt was constructed in the History Channel series entitled The Curse of Oak Island. Some of the brothers' discoveries in the money pit include pieces of metal and wood.

One of the most intriguing discoveries was made at the end of the program's fourth season, in late February 2017. A large piece of processed metal was found that may have been part of a treasure chest.

Although most treasure hunters ended up empty-handed, another recent discovery discovered off the coast of Oak Island points to a fantastic finding that probably changed history. The ship's wreck, which is believed to be Roman, was discovered near Oak Island. Inside the wreck, a well-preserved Roman ceremonial sword was pulled out.

Who Could Have Left The Oak Island Treasure? 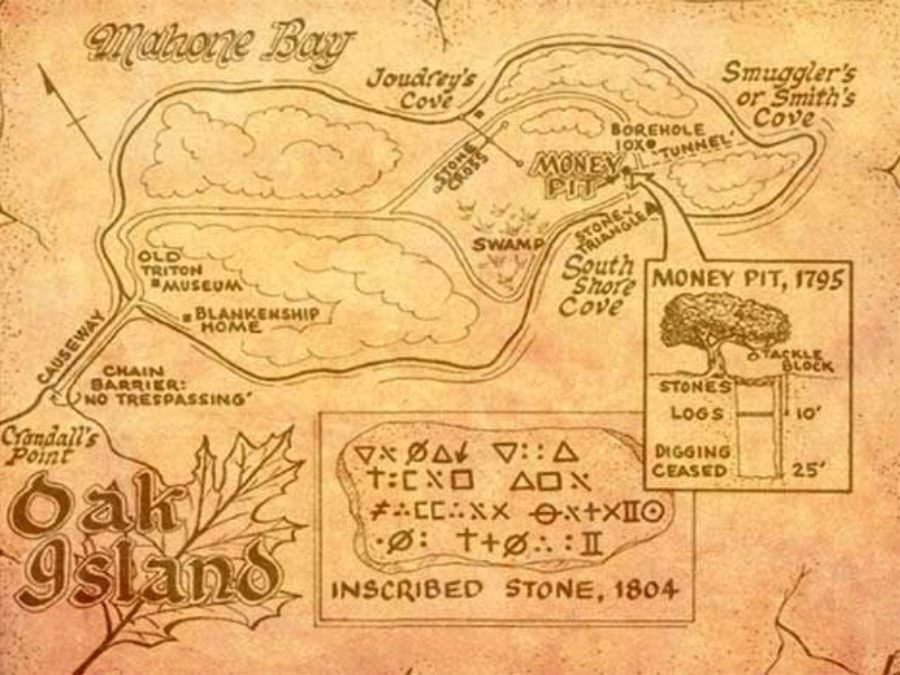 There are numerous theories about who made the Money Pit and hid the alleged treasure and why. Some of the ideas are:

Legends abound with stories of secret stockpiles of treasure buried by Captain Kidd and his crew. Occasionally new maps appeared. There were stories of older people claiming that they were part of Captain Kidd's pirate crew and knew where the treasure was hidden. Some of these stories point to Oak Island.

Some claim that Shakespeare was not educated enough to write his books. They had to be written by someone else, mostly Bacon. Since there are no Shakespearean original manuscripts, the theory is that Bacon buried them somewhere in a place that will be revealed in his themes in the future.

Some argue that the French buried money on the island. It was protection against loss during the many battles with the British over the colonization of America.

Since the Vikings also came to America, it is possible that they buried something. It is unclear what could be so important that it would require such a complicated construction of a hiding place.

It is possible that a Spanish galley returned with gold and jewels from Central or South America and was forced to deviate from the course as it was severely damaged. They stopped on Oak Island, hid the treasure, repaired the ship, and sailed home with plans to return with a better ship to transfer the valuable prize. 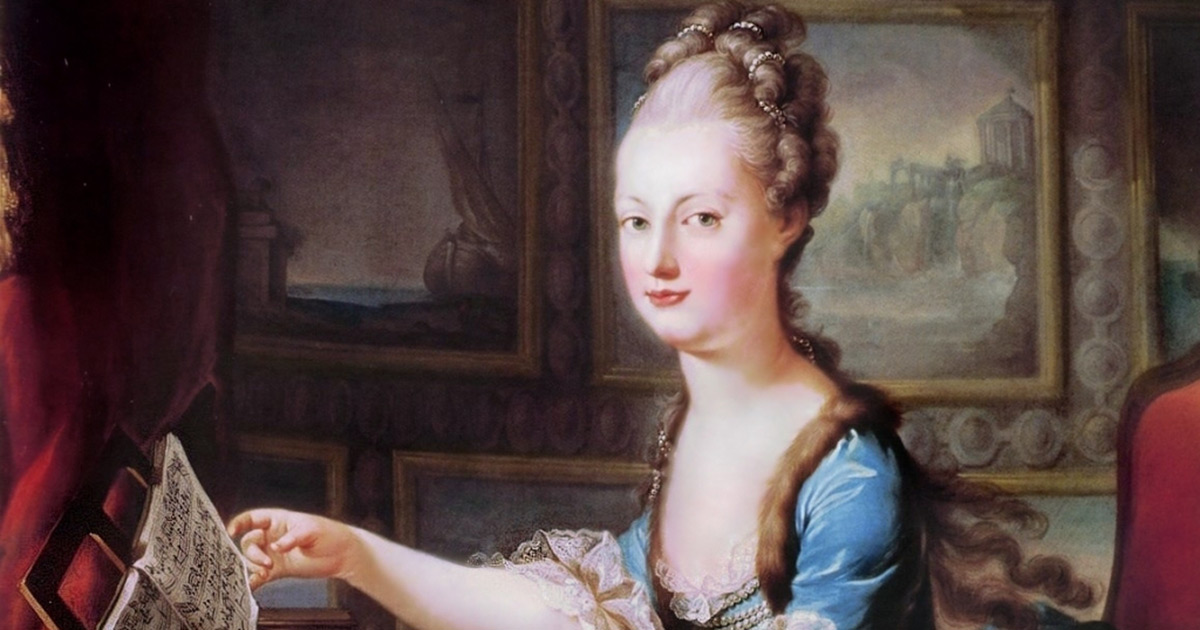 During the French Revolution, when Versailles was occupied by in 1789, Antoinette ordered her maids to take her priceless jewels, possibly works of art and documents, head to London, and then on to Nova Scotia, with the help of royal connections. The maids allegedly influenced the French navy to build a hideout on Oak Island, where the treasure was hidden with the same connections.

The British during the American Revolution

Similar to the French theory, the British hid money on the island to prevent it from falling into the hands of revolutionaries.

Treasure of the Incas or Maya

During the conquest of America in the 17th and 18th centuries, much of the wealth of the Incas and Maya disappeared. Some researchers believe it is possible that an Inca or Mayan group, possibly with the help of some Europeans, snuck out of the treasure and buried it on Oak Island, out of reach of the invaders. 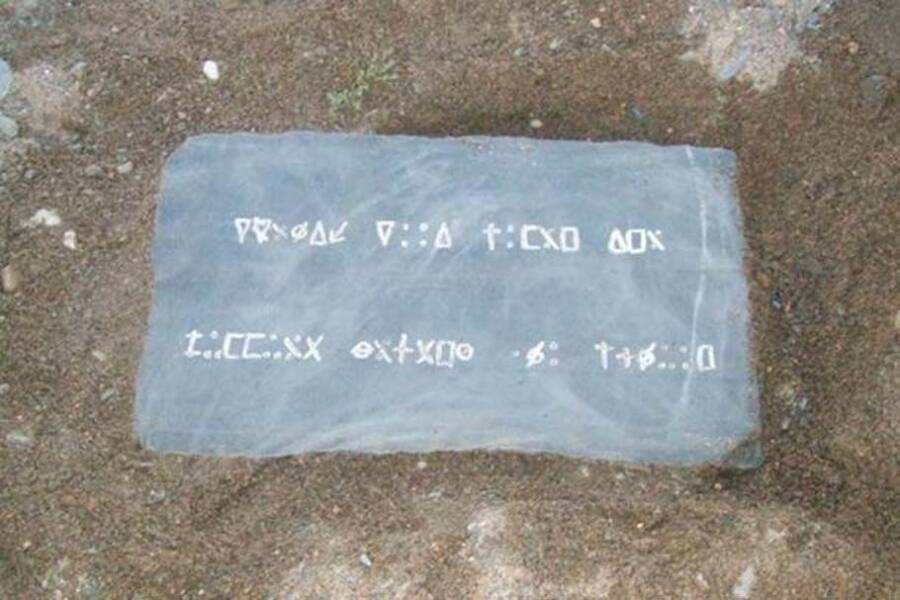 The Knights Templar may have dug the pit in exile to be the final resting place of the Holy Grail. There are some parallels between the findings on Oak Island and the allegory of a "secret basement" among Freemasons.

Whether there is a treasure or not, and what its value is, tens of millions of dollars have been spent on research so far, without any significant success. But there will undoubtedly be more, no matter the price, because this story awakens the imagination, as some of the discoveries associated with the pit are very intriguing.

The mystery of the Oak Island treasure may one day be solved. The only question is whether the world will be delighted or disappointed by what will be revealed.