The village of Asuka, located in Japan, is home to several ancient megalithic stone structures that have left experts puzzled for centuries. These giant granite mounds have been carefully carved into unusual shapes, and their purpose remains a mystery. 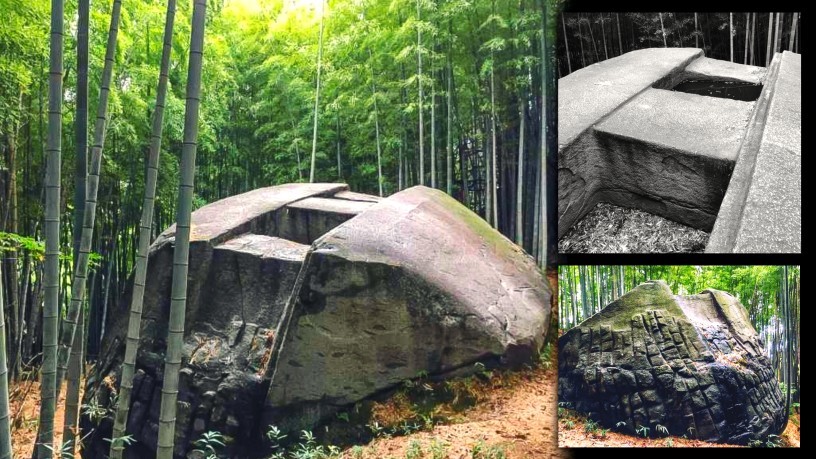 Despite numerous attempts to understand these structures, their true purpose is unknown. The allure of these ancient marvels lies in the secrets they hold, secrets that have been preserved for thousands of years. The megalithic stones of Asuka are a testament to the ingenuity and mystery of our ancestors, and they continue to inspire wonder and fascination in those who encounter them.

The History Of Asuka Village

The mounds of Asuka date back to the Tumulus Period (250-552 AD), also called the Kofun Jidai or Old Mound period. During this time, Japan was characterized by key-shaped earthen mounds surrounded by moats, which were used as burial sites.

The Masuda-no-iwafune is an impressive stone structure that stands out among the other megaliths in the village. It is believed to have been created during the Tumulus Period and is named after the Masuda family, who were the rulers of the region at the time. The stone structure is shaped like a boat and is made of large granite blocks that have been expertly cut and fitted together.

The Rock Ship Of Masuda 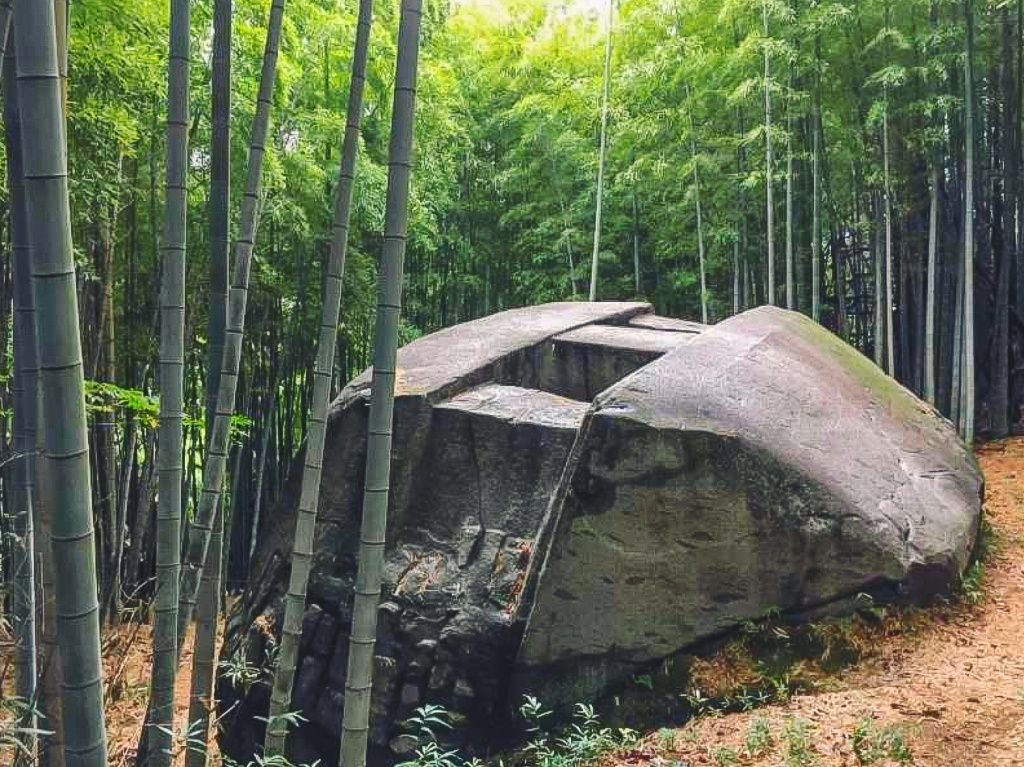 The Rock Ship of Masuda is an impressive and mysterious structure made of a massive granite stone weighing about 800 tons, and measures 36 feet long, 26 feet wide, and 15 feet high. The top of the stone has been expertly cut off and features two perfectly crafted holes that are each 3 feet square and extend all the way through to the bottom of the stone.

Why And How The Rock Ship Of Masuda Was Constructed? 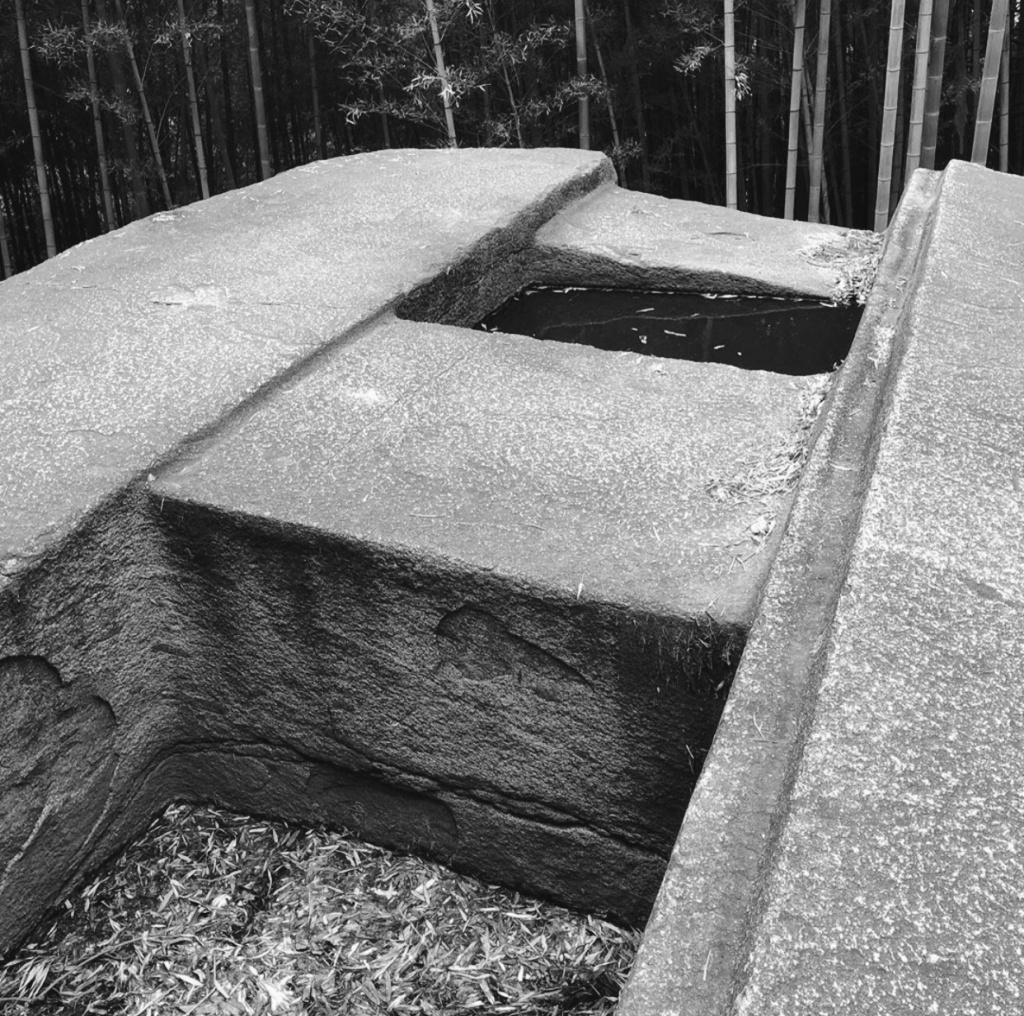 The purpose and method of creating this stone and others like it in the village remain a mystery, as they seem to be of a different architectural style than the later period Buddhist structures. However, mainstream scientists have attributed these stones to cultural beliefs and rituals, dismissing any mysteries surrounding them. 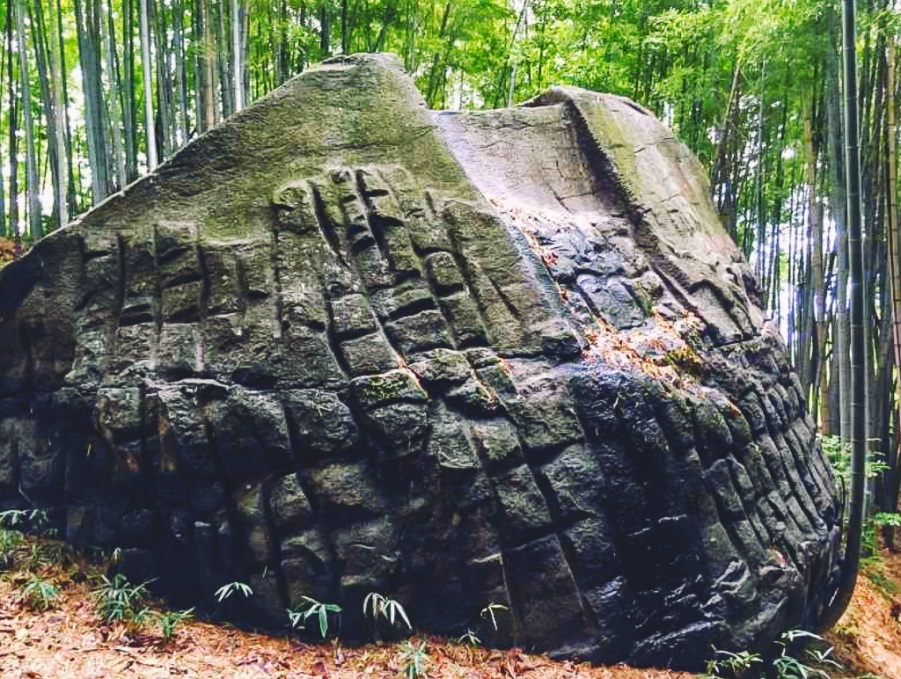 Some believe that the alignment of these holes with the mountain ridge in the structure shows that it may have been used for early astronomical observation and the development of the Japanese lunar calendar. Despite the lack of concrete evidence, the "Masuda-no-iwafune" stone remains a fascinating and enigmatic mystery.