The theory that an ancient, advanced civilization once existed on Earth is supported by a wealth of evidence found globally. However, many aspects of this theory remain unexplained.

The simultaneous emergence of megalithic structures in many ancient civilizations remains a mystery. Despite various explanations put forth, the reason for this remains unclear. One theory is that an ancient extraterrestrial civilization played a role in this development.

The Yangshan Quarry, located 20 kilometers east of Nanjing, China on Yanmen Shan mountain, is uniquely mysterious and impressive in scale. 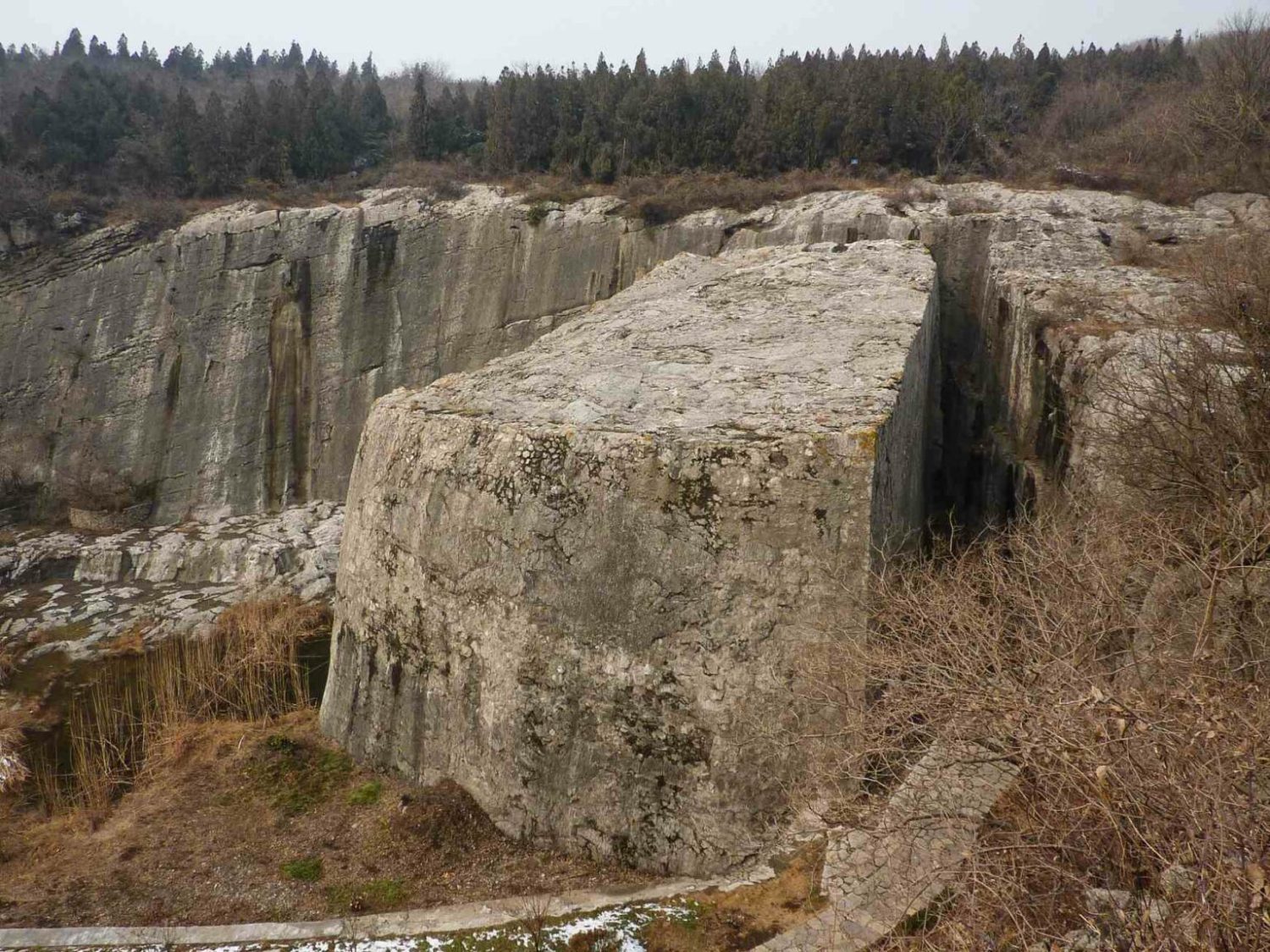 The Yangshan Quarry is famous for an incomplete stele that was left unfinished during the reign of the Yongle Emperor, the third emperor of China's Ming Dynasty (1402-1424).

In 1405, the Yongle Emperor ordered the quarrying of a giant stele to be used in the Ming Xiaoling Mausoleum of his deceased father.

The quarrying process involved cutting three separate pieces from the mountainside. After much of the stone cutting was completed, it was discovered that the blocks were too large to be transported and properly installed at the Ming Xiaoling Mausoleum. 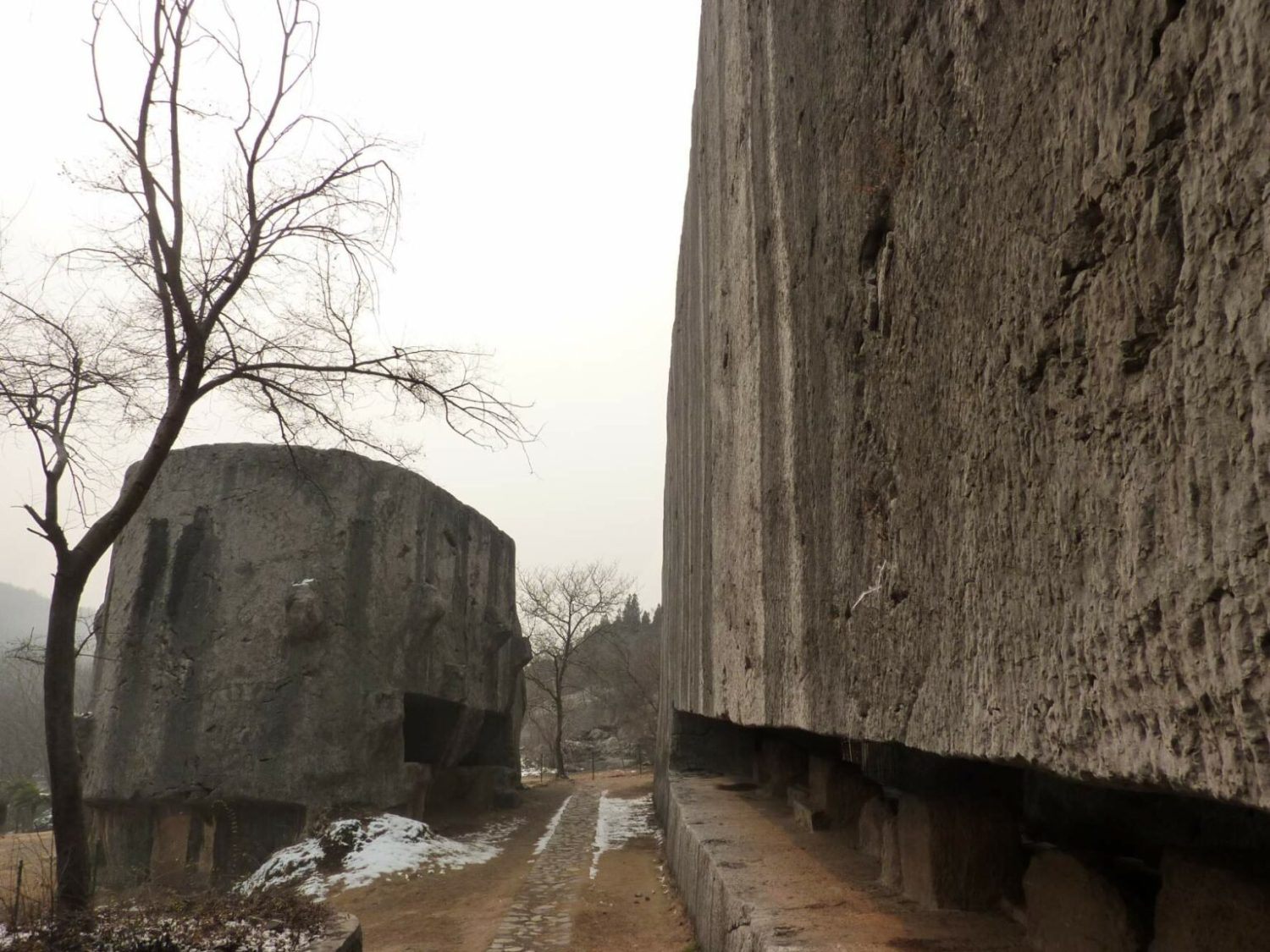 As a result, the project was abandoned and the three unfinished stele components have remained at the quarry.

Size of the giant stone blocks 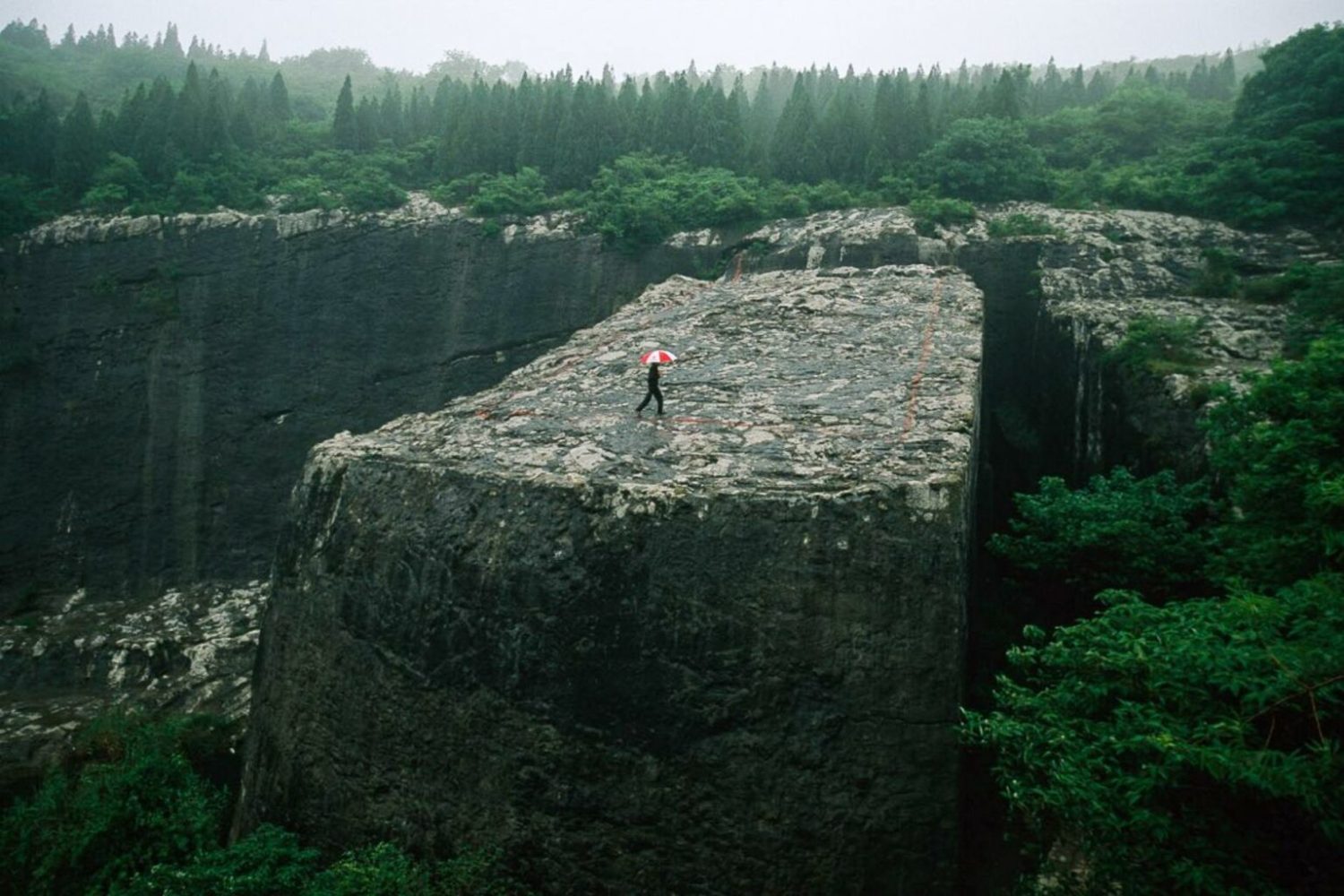 If assembled, the stele would have been over 73 meters high and weighed over 31,000 tons. To put that in perspective, a standard car weighs between 1 and 1.5 tons. The largest monolith in both ancient and modern times is the 1,250-ton Thunder Stone, which was moved in 1770 in Russia and remains in its rough, uncarved state.

If this account is based on historical events, several questions arise: What led the Emperor's master masons to believe they could transport 31,000-ton blocks 20 km through mountainous terrain?

The fact that the cuts are of different sizes, shapes, and placements suggests that they were never intended to be assembled or moved. If they were, they would not have been cut in such varying ways at the same time. 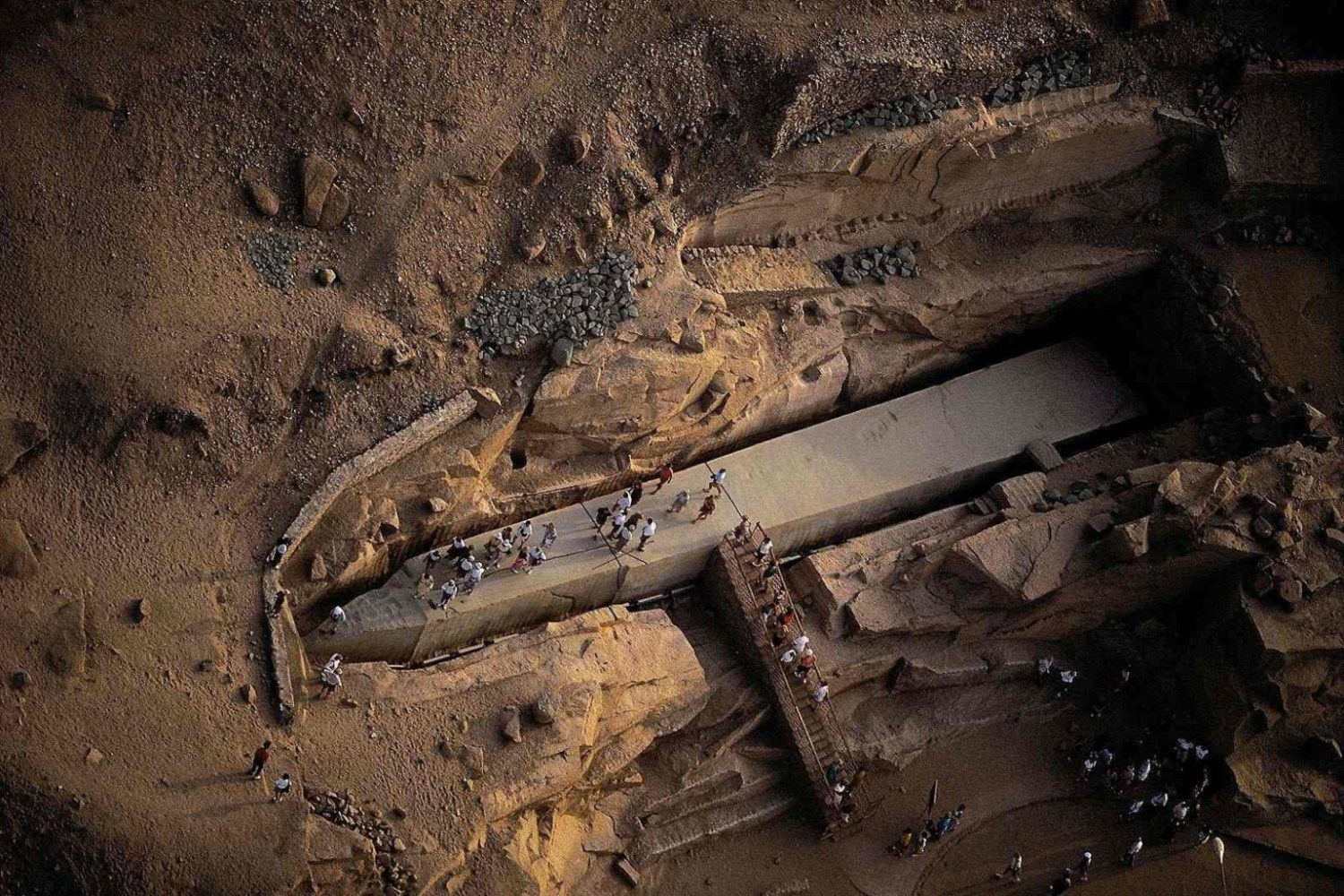 Incredible amounts of rock were shifted

A notable feature of the site is the apparent movement of large amounts of stone. Examining the areas between the large blocks and the surrounding mountains, it appears that millions of tons of rock have been removed.

While it is known that the area was once a quarry, this alone cannot account for the massive quantities of rock that seem to have been moved.

Furthermore, if the location was used for quarrying, it was done in an unusual manner, as if there was an intentional effort to leave behind towering, flat walls, which is not present in any other ancient quarry. 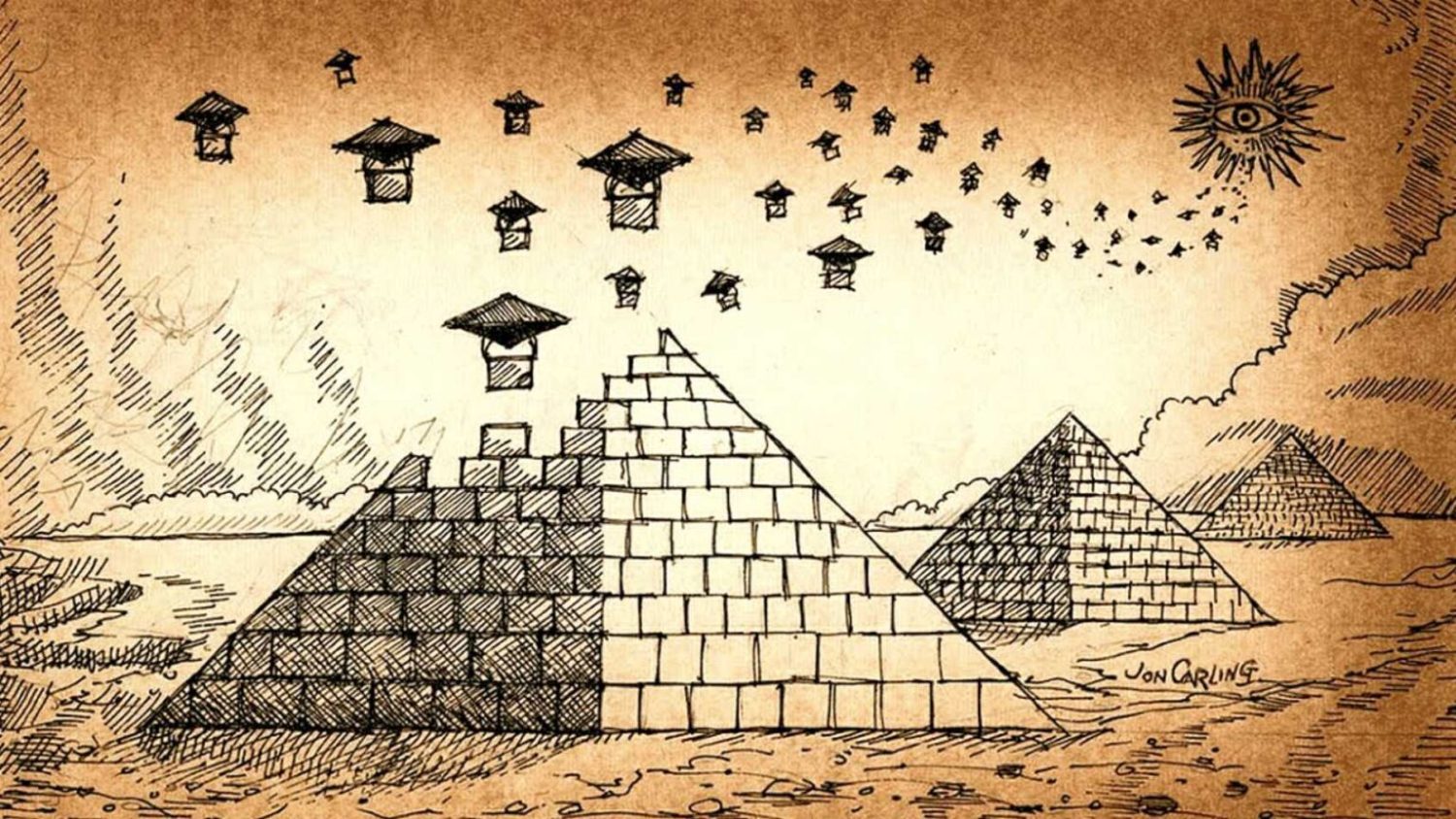 Therefore, either we assume that some external assistance was provided or we believe that they discovered the same method that many ancient civilizations used to move and use heavy objects in construction, only to simultaneously lose this knowledge and never document it in any written records.