Despite more than one person claiming to be Al's offspring, Albert Francis Capone was the only recognized son of the infamous 1930s crime boss, Alphonse Gabriel Capone, popularly known as Al Capone.

A lot of reports say that his mother was Mae Josephine Coughlin or Mae Capone. However, there is a fair share of mystery surrounding Albert Francis Capone's early life. Reports claim that Al Capone contracted syphilis and passed it on to his wife, making her sterile. This would mean that she couldn't have been Albert Francis Capone's mother.

Others claim that Mae Capone gave birth to Francis three weeks before her wedding. Later on, Al passed on syphilis to her, which afterward resulted in multiple miscarriages and stillbirths. Whatever was the case, one thing is sure – Albert Francis Capone was Al Capone's son.

Who Was Albert Francis Capone? 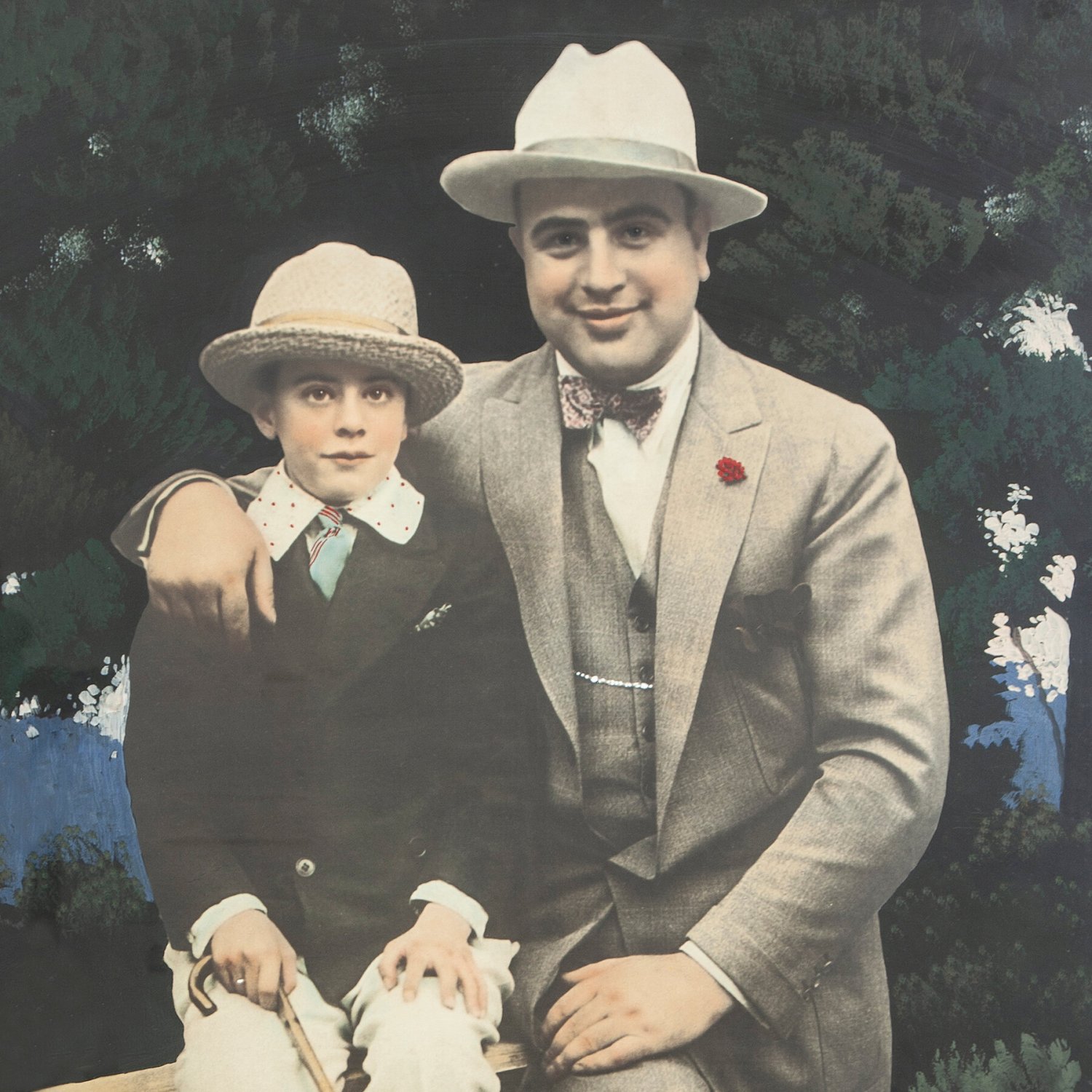 Al Capone, sometimes known by the nickname Scarface, was an American gangster and businessman who became known as the co-founder and boss of Chicago Outfit during the Prohibition era. He had a long reign as a crime boss and was one of the world's most known gangsters. His career as a gang boss ended when he was jailed at the age of 33.

During his life, Al Capone married once to a woman named Mae Coughlin, or Mae Capone. Their son, Sonny Francis Capone, was born on December 4, 1918.

According to his memorial site, he was born with congenital syphilis and required brain surgery which left him partially deaf.

Despite his father being virtually the biggest crime boss of his time, Francis Albert Capone was determined to live a life different from his father's. 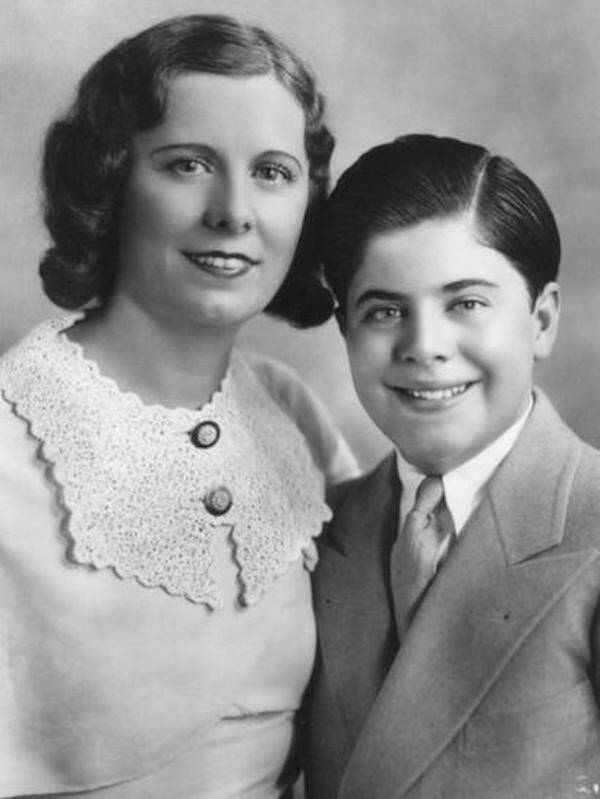 Al Capone never finished school. He dropped out of high school at 14 after reportedly hitting a teacher. On the other hand, Albert Francis Capone completed his university studies at the University of Miami.

His father had quit semi-professional baseball and switched to crime soon after his son was born. But Albert Francis Capone wanted to take a different path.

First, he attended the prestigious St. Patrick School in Miami Beach, Florida. After this, he joined the University of Notre Dame. A few years later, Francis came back to the University of Miami, where he earned a bachelor's degree.

It seemed that he wanted to lead a life as different from his father's as he could. He managed this in many ways.

Under The Shadow Of His Father 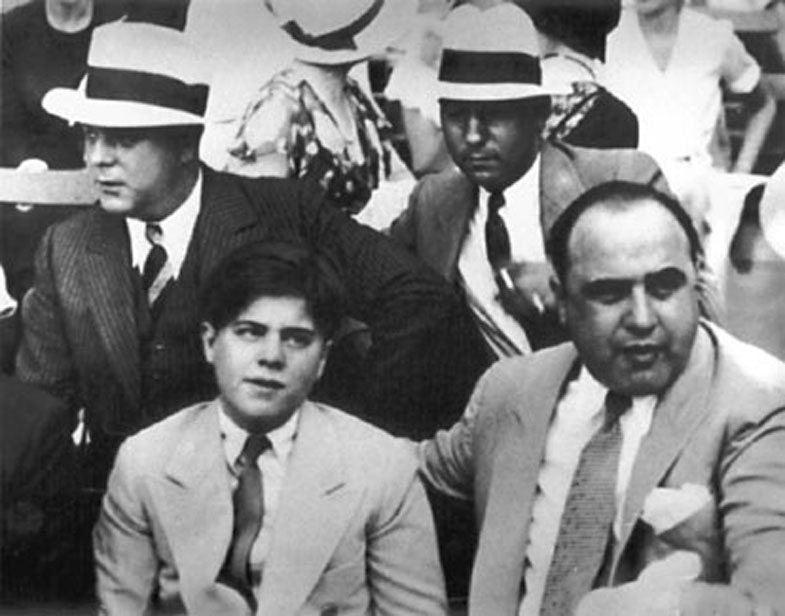 While Albert Francis Capone's early life is shrouded in mystery, we know a couple of the facts about him. Many people claimed to be Al Capone's children ever since the infamous Mob Boss died.

There were rumors about this in many different media. For example, in the 2020 movie Capone, there is an illegitimate Al Capone's son, besides Francis.

Due to this, it was tough to ascertain if all these claims were false or true. However, it is best to stick to the only claim that has ever been substantiated. Al Capone had acknowledged Albert Francis Capone as his legitimate son, and that is one well-known fact.

Albert was also called Sonny, as it is claimed this was the nickname Al gave him.

During his life, Albert Francis Capone Jr worked lots of different jobs. It looked as if he was trying to do something other than a crime so that he didn't get pulled into his father's shadow. It seemed that he wanted to live on the straight and narrow and not follow his father's footsteps. 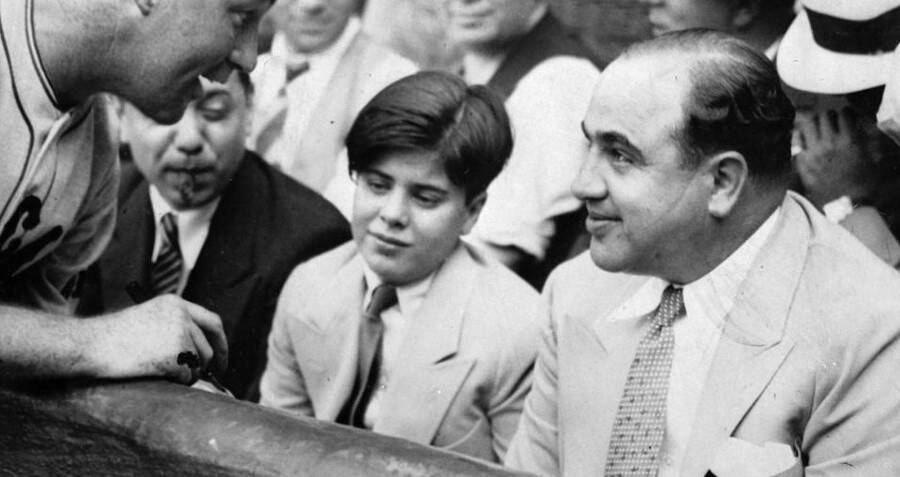 The first job that Francis worked was as a used car salesman. However, Albert Francis Capone soon quit when he found out that the manager was manipulating odometers. After that, he chose to become an apprentice printer. Yet, this also did not work out, supposedly due to his last name.

Either way, he soon quit and went into business with his mother, running a restaurant in Miami. Even this did not work out, so he soon moved on and ended up working as a tire distributor.

Al Capone was reportedly a loving father. However, it may have seemed like Albert Francis Capone found living under the weight of the Capone name to be complicated. For example, he said he listed his father's occupation as retired when applying for college.

This could have all led to his decision to change his name from Albert Francis Capone to Albert Francis Brown in an attempt to dissociate himself from the Capone name in 1966. But it is essential to know that the two remained close as letters showing his correspondence with an imprisoned Al. 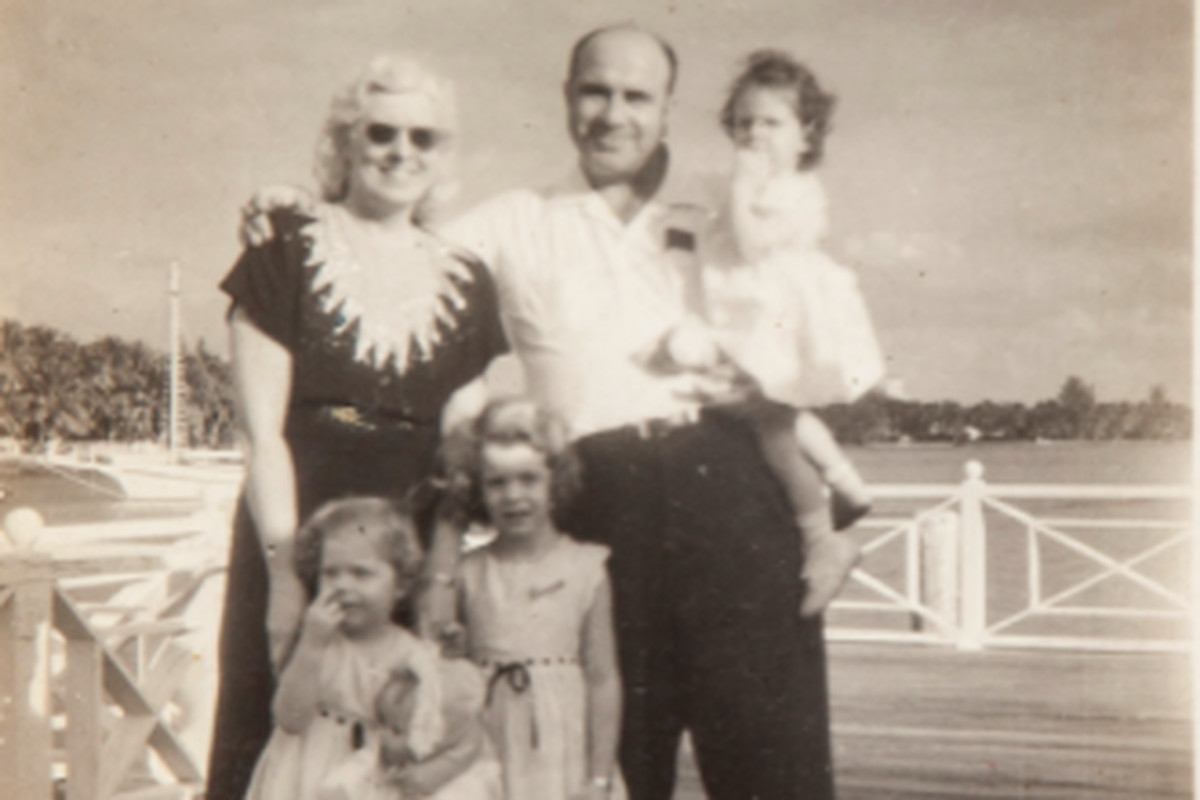 After Al's death, reports claim that Albert Francis Capone lived in Florida and worked as an apprentice printer. He married Diane Ruth Casey in 1941 and had four daughters with her: Veronica, Teresa, Barbara, and Patricia Capone-Brown.

The two got divorced in 1964, and Francis remarried twice. The name of his second wife is not known, but the third one was called America Amie Francis.

He seemed to have led a life on the straight and narrow. He was a hard-working and law-abiding citizen. There was only one report where he had stolen painkillers and batteries worth $3.50. 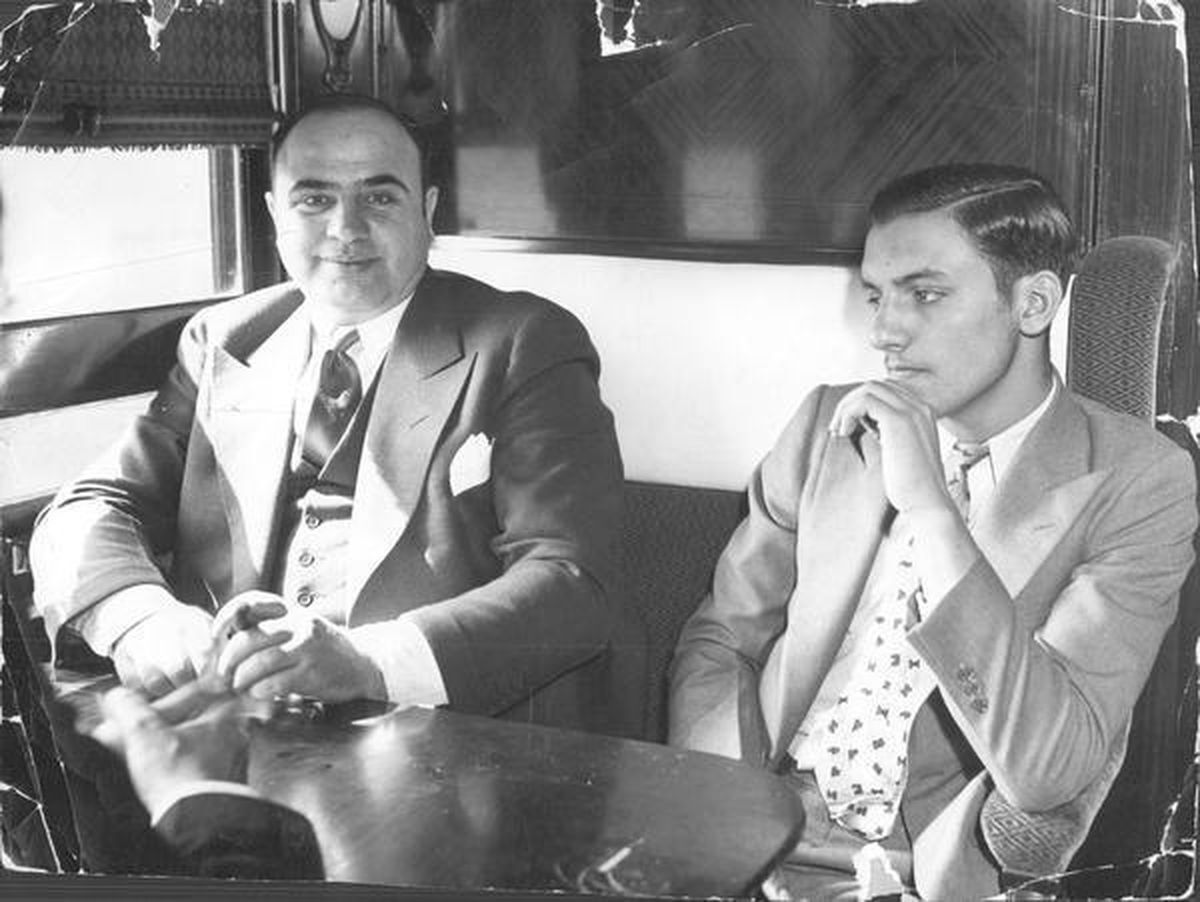 No other criminal records of Albert Francis Capone's name exist apart from some declassified FBI files claiming he threatened to kill the United States Senator Edward Kennedy in 1986.

It is difficult to determine the exact Albert Francis Capone's net worth at the time of his death. There is no evidence that he took over Al Capone's possession. Instead, everything points towards the fact that he chose to live life as an ordinary citizen, keeping only what he earned. 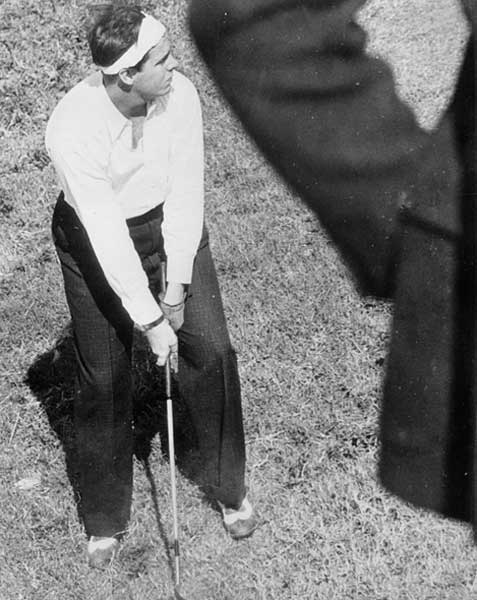 Francis Albert Capone (pictured playing golf) had numerous children, grandchildren, and great-grandchildren. At the time of his passing, he was married to America "Amie" Francis. The long lineage that survives Al Capone's son is an excellent answer to the question of whether Al Capone has any living relatives.

It seems that choosing a life different from what his crime boss father had laid out for him would not have been easy for Albert Francis Capone. However, he decided to live as a conventional citizen, even going as far as changing his name. Sometimes the apple does fall far from the tree, and Francis was the living proof of that.