O'Hair was dubbed a communist as she demanded respect for the First Amendment in court. She was rude and lacked altruism, asking for hospitals instead of churches.

Madalyn Murray O'Hair was "the most hated woman in America" for religious rights. She became famous or infamous, depending on perspective, for her 1963 Supreme Court case, Murray v. Curlett.

Murray v. Curlett was one of three cases that struck down compulsory prayers and Bible study in public schools. For the next two decades, Madalyn Murray O'Hair continued to file lawsuits challenging religious displays and rituals in public spaces.

O'Hair criticized and ridiculed religion, religious people, and the entire concept of God. She was combative, outspoken, angry, and cursed like a sailor. She became well known for her media appearances throughout the 1970s, 1980s, and early 1990s.

The Most Hated Woman In America Is Born 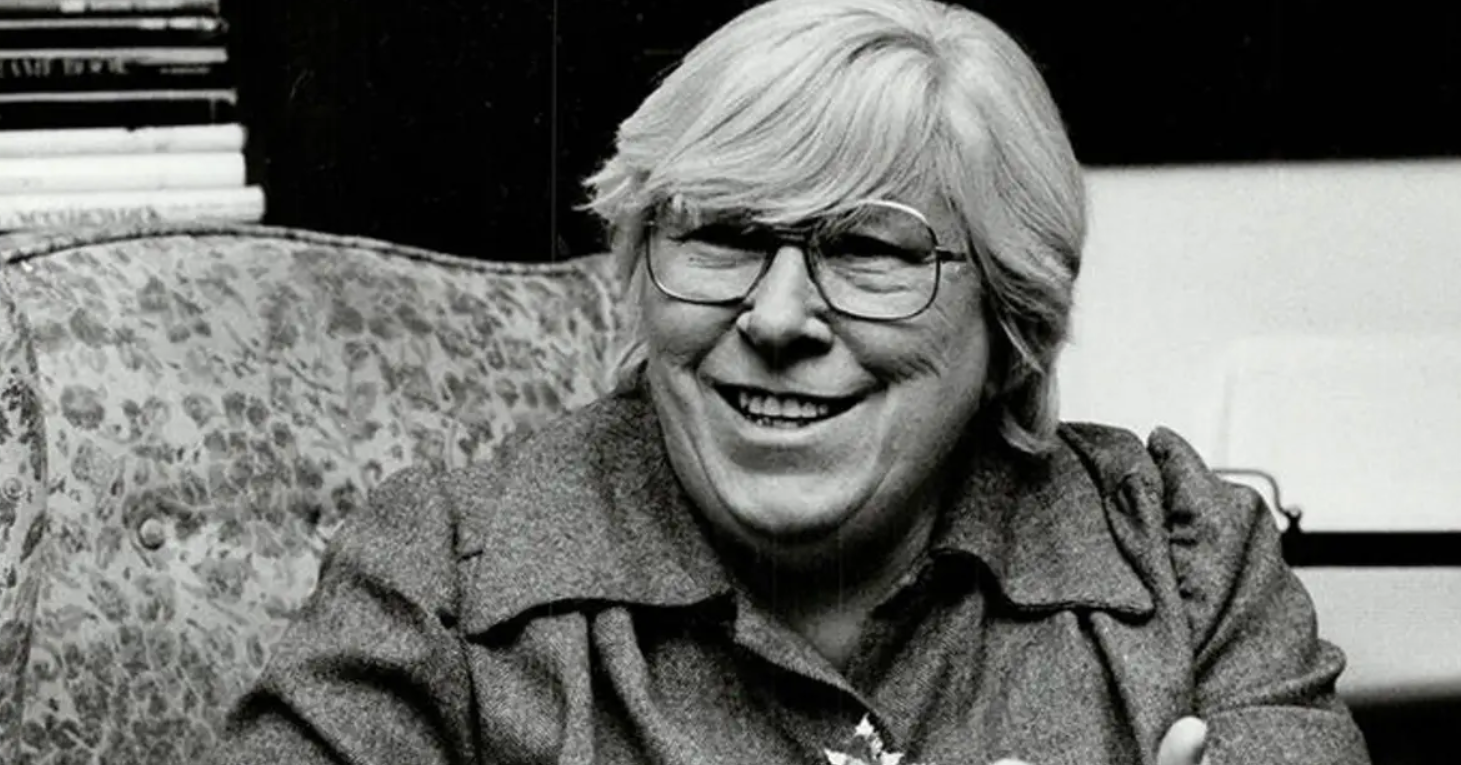 John Irvin Mays, a building contractor, and Lena Scholle Mays baptized their daughter, Madalyn Murray O'Hair, in the Presbyterian Church. They gave her what she later described as a happy and secure childhood.

As a child, she regularly attended church services and Sunday school. In 1929, her father lost his business when the Great Depression began. He sought work as a handyman and a carpenter, traveling with her family from State to State.

O'Hair recalled that her first pangs of spiritual disbelief hit her as a teenager. She said that she read the Bible repeatedly when she was thirteen and was shocked by the brutality of the Old Testament. She found the New Testament too fantastic.

As a young woman, she attended several colleges before eloping with John Roths in 1941. World War II soon separated them, with Roths serving in the Pacific.

As a cryptographer, Madalyn traveled in North Africa and Europe, where she had an affair and got pregnant. The father of the child was the Army officer William J. Murray. She and Roths divorced after the war. Although Murray refused to marry her, she took the last name and gave it to her son, William Murray III.

Madalyn Murray O'Hair then moved to Houston, where she attended South Texas College of Law. In Baltimore in 1954, she gave birth to Jon Garth Murray from a different father. As with her eldest son, O'Hair baptized him. 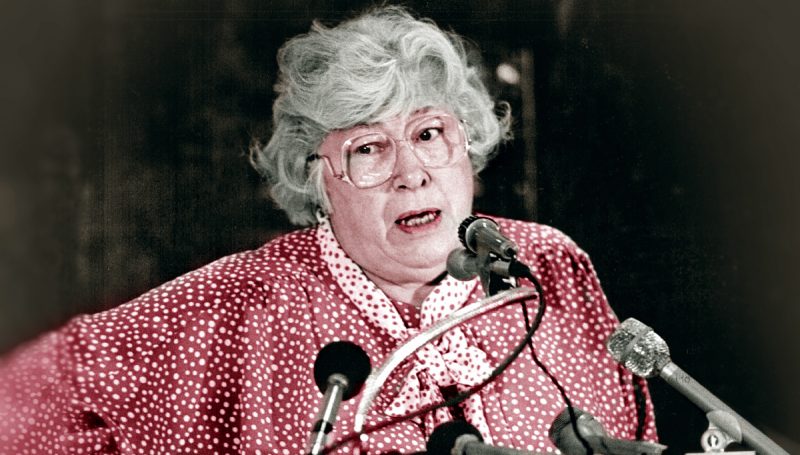 In1960, Madalyn Murray O'Hair discovered that her son was assaulted by his classmates in the Baltimore public school. The reason was refusing to pray and read the Bible in the classroom. The law graduate decided to initiate a lawsuit known as Murray vs. Curlett.

Madalyn Murray O'Hair demanded the respect of the diversity of religious cults and beliefs dictated by the First Amendment. Incredibly, and almost unanimously in the Supreme Court (eight votes to one), she won.

The trials consisted of several parts. She sued the city of Baltimore for exempting the Church from paying taxes. She also demanded that NASA astronauts who orbited the moon in 1968 stop praying on live television, thus flaunting their religion. This deterioration of terms filled most of the Christians with disgust.

Her fame as the best-known militant atheist led her to receive daily death threats and insulting letters. They were even admirers who offered her money for the atheist crusade. Thus, a non-profit organization was born called American Atheists. Outside this definition, the NGO harvested some accounts abroad that would later cost Madalyn Murray O'Hair her death.

The Atheist Way of Life 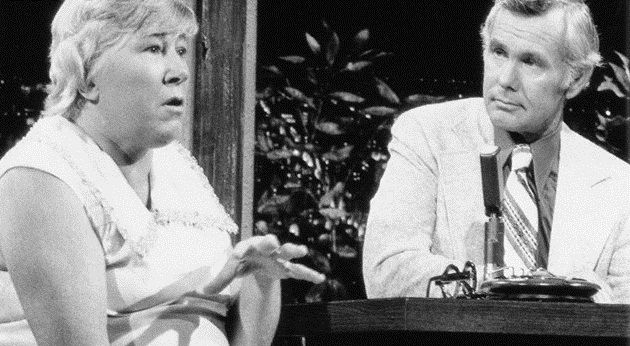 The landmark decision brought O'Hair notoriety, making her life challenging and exciting. Not only did she speak openly about her atheism as the case progressed through the courts, but she brazenly condemned people of faith. Her children were beaten on several occasions, and she lost her job as a social worker.

Madalyn Murray O'Hair raised spirits in 1967 as the first guest on the Phil Donahue show. She made appearances on Merv Griffin of the Los Angeles County Department of Mental Health and the Tonight Show. She took on popular preachers in televised debates and enjoyed calling herself "the most hated woman in America." Defense of atheism in a country where only a minority questioned the existence of God also brought her attention.

She continued to file lawsuits to further remove religion from public institutions and challenged the tax-exempt status of church lands. She even questioned the jury's oath that required swearing to God and the use of the words "In God, we trust" on the US coins.

These lawsuits failed. But she managed to force several cities to remove the cross from their seals.

In addition to court battles, Madalyn Murray O'Hair had a television and radio program to spread the atheist way of life. She founded the first archive and library on the history of atheists. She even held the first North American convention of atheists.

In 1978, she wrote an illustrated children's story, Did You Know That All Gods Come From The Same Place?. She explains in accessible language why people imagined an all-powerful God centuries ago and why the maturity of our species is necessary. 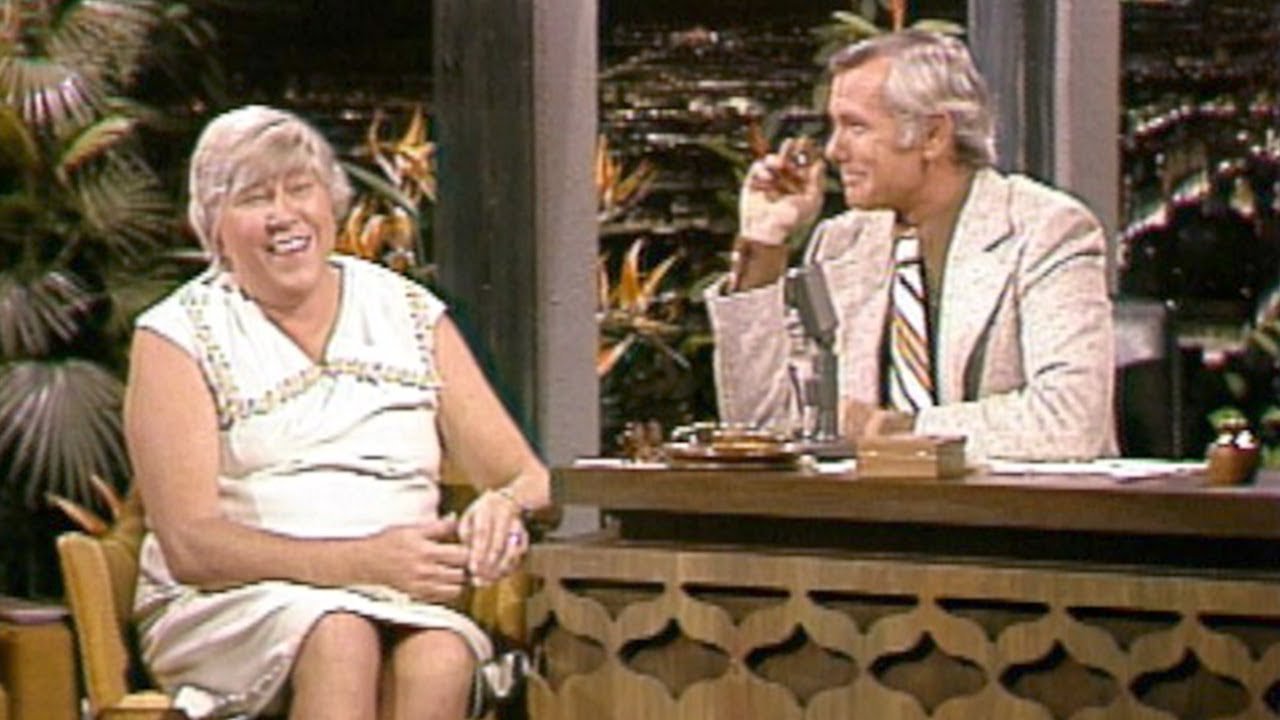 In 1964 O'Hair left Baltimore, where she faced assault charges after a run-in with police. She and her teenage children moved to Hawaii. Her eldest son fathered a daughter, Robin, whom she later adopted.

The family then moved to Mexico, from where O'Hair was deported to Texas. With her new husband, Richard O'Hair, whom she married on October 18, 1965, she made Austin the center of what she hoped would be a national movement.

American Atheists grew to total members of several thousand. She explained her philosophy on her cable TV show, and her weekly radio show heard on 150 stations.

In the 1970s and early 1980s, O'Hair prospered, successfully soliciting donations from wealthy anti-religious people. She, her son Jon, and her granddaughter Robin served as presidents of a family of atheist groups. They lived together in a spacious house and drove around Austin in luxury cars. 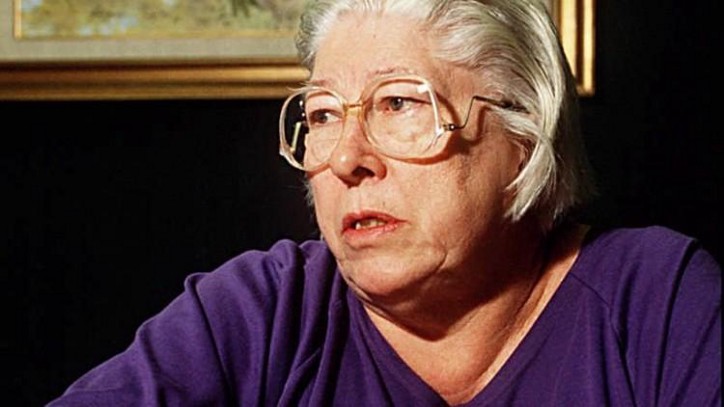 Many who had worked for her questioned her conviction. Some suspected that she had pocketed much of the wealth from elderly patrons devoted to American Atheists. They called her out on her cause and formed their atheist organizations.

Meanwhile, nearly twenty years after winning Murray's first lawsuit, her son Bill de Ella decided to convert to Christianity. He even cut himself off from his family. This led him to be considered a puppet for the media. So, the Christian churches sought to undermine the atheist leader's credibility.

Bill described his home as a totalitarian prison where ornaments of mating animals abounded. This doesn't seem like an argument capable of detracting someone. But, on the opposite, there was Protestant morality, ascetic and frugality, raising its index finger.

Is There Just One Side To Madalyn Murray O'Hair's Story?

The great virtues of those who build structural changes in politics and science exist attached to human shortcomings. Even the noblest men that changed history come with flaws. Putting the focus only on prejudices and weaknesses is a choice.

This is explored in the Netflix movie about Madalyn Murray O'Hair, The Most Hated Woman in America from 2017. It shows Murray negotiating with a pastor the sale of debates between atheists and religionists to make money. But when only that perspective is chosen to be talked about, the reaction is undisputed. People blame, shame, and humiliate without extra personal arguments.

In 1993, fighting lawsuits and the Internal Revenue Service, the O'Hairs started planning to flee to New Zealand, where a sympathizer offered to help them resettle. In September 1995, the three disappeared with $500,000 in gold coins. There was a note on the door of the American Atheists headquarters stating that they were out of town on business.

An End With Social Punishment 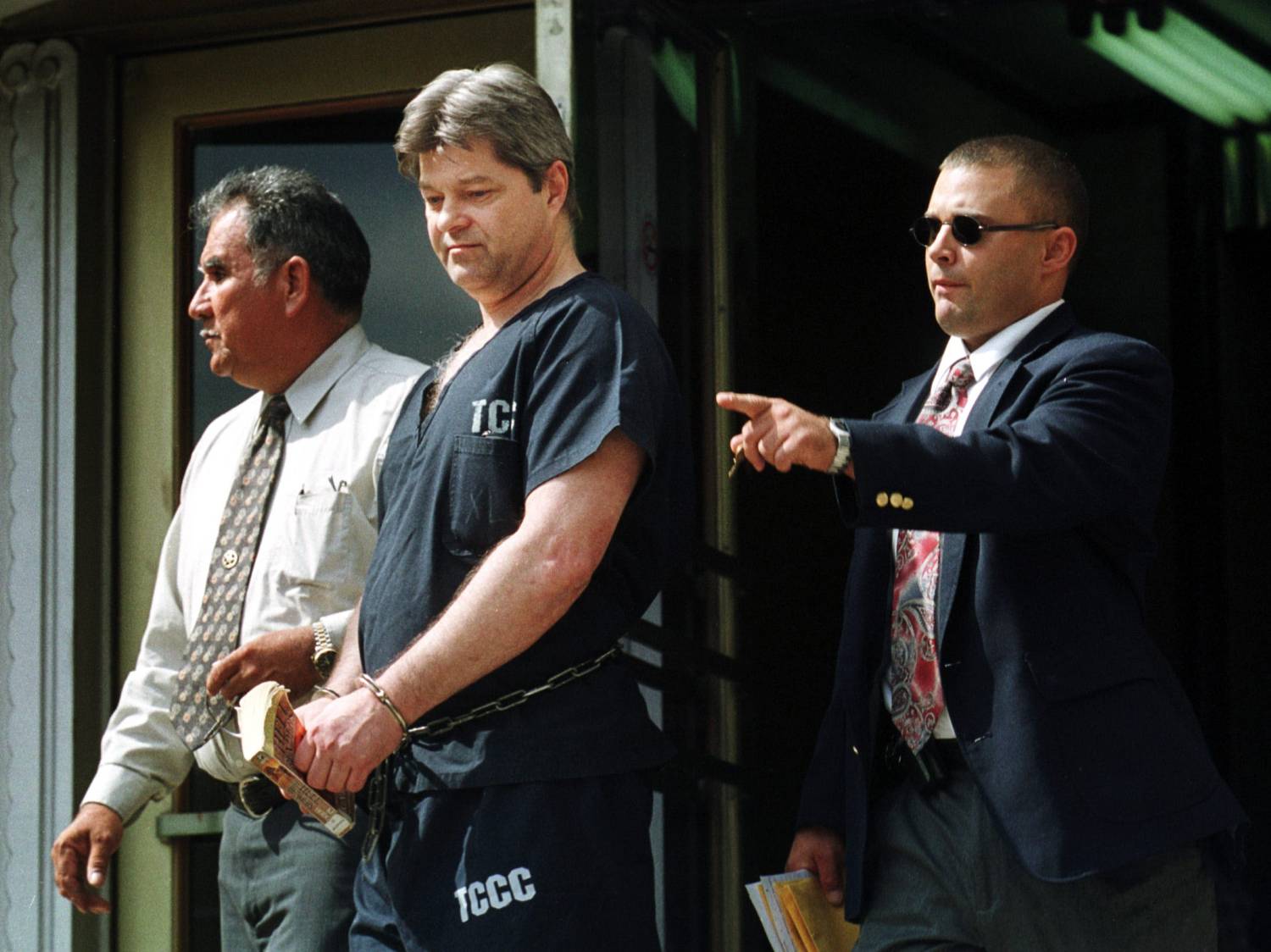 Madalyn Murray O'Hair was kidnapped along with her son Jon and granddaughter Robin in 1995. A San Antonio Express journalist pushed the investigation into the disappearances. Bill Murray took a year to file the complaint with the police, and they had no interest in carrying it out spontaneously.

The speculations indicated that the three could have escaped with the money from their accounts abroad. After all, a few days after the disappearance, they were emptied. Finally, it was discovered that David Waters had kidnaped them. He was a former employee of the organization who was removed for stealing $54,000.

David Waters was sentenced to 20 years in prison. In 2001 he confessed where the bodies were buried. He said that they had been mutilated with an electric saw.

American Atheists still stand and declare on their website that they continue to fight for the separation of the Church from the State. In 2013, the organization erected its monument in Starke, Florida. It has Murray's famous phrase: "An atheist believes that a hospital should be built instead of a church."

Madalyn Murray O'Hair deserves many points for facing a prudish and cruel society. She was an independent woman and a single mother in a decade in which both things granted much more than shame. We give credit to Madalyn Murray O'Hair, in the brief text that she presented to the Courts in her first legal battle of 1960, explaining what it means to be an atheist:

"An atheist believes that a deed must be done instead of a prayer said. An atheist strives for involvement in life and not escape into death. He wants disease conquered, poverty vanquished, war eliminated. He wants man to understand and love man. He wants an ethical way of life. He believes that we cannot rely on a god or channel action into prayer nor hope for an end of troubles in the hereafter. He believes that we are our brother's keepers and are keepers of our own lives; that we are responsible persons and the job is here and the time is now."

Madalyn Murray O'Hair's mysterious disappearance highlighted her ambiguous life. Drawing much of the nation's anger, she helped force America to accept a broader separation of Church and State.

O'Hair also made the unpopular atheism in America more intriguing through her eccentric behavior and questionable financial dealings.