The legend of giants as the first inhabitants of countries is a common belief shared by various cultures. While some believe that giants once existed on Earth, others are skeptical. Science acknowledges the concept of giants through the condition of gigantism, however, mainstream archaeologists have not found any evidence to support the existence of ancient giants. 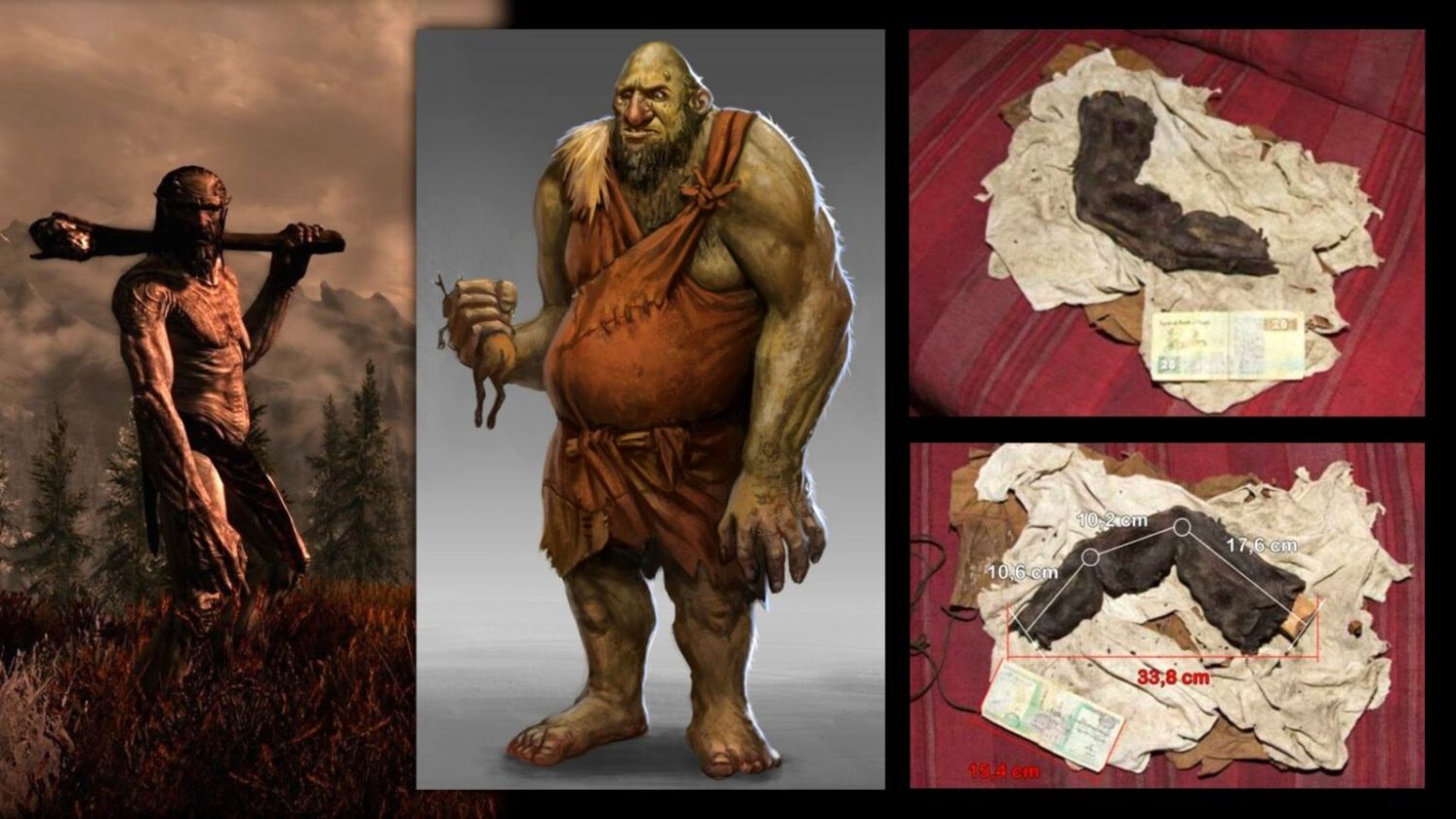 In March 2012, the German edition of Bild published a sensational news piece stating that the remains of a giant had been discovered in Egypt. The remains in question were a mummified finger of a creature that resembled a human but was significantly larger in size. 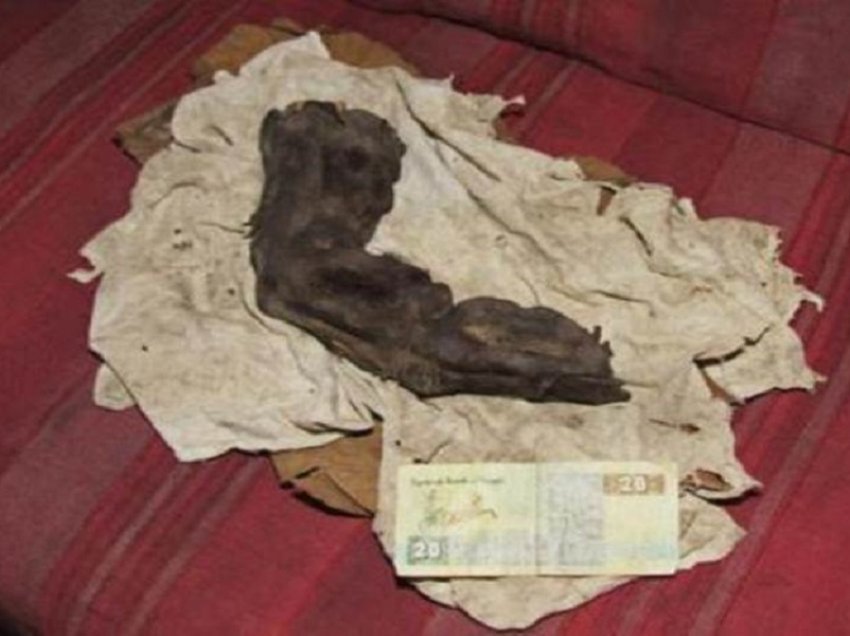 The mummified finger, referred to as the "Egyptian Giant Finger," measures 38 centimeters in length. A comparison of its size can be made by observing it next to a banknote. The publication states that the photos were taken in 1988 but were only released and made exclusive to the German newspaper. 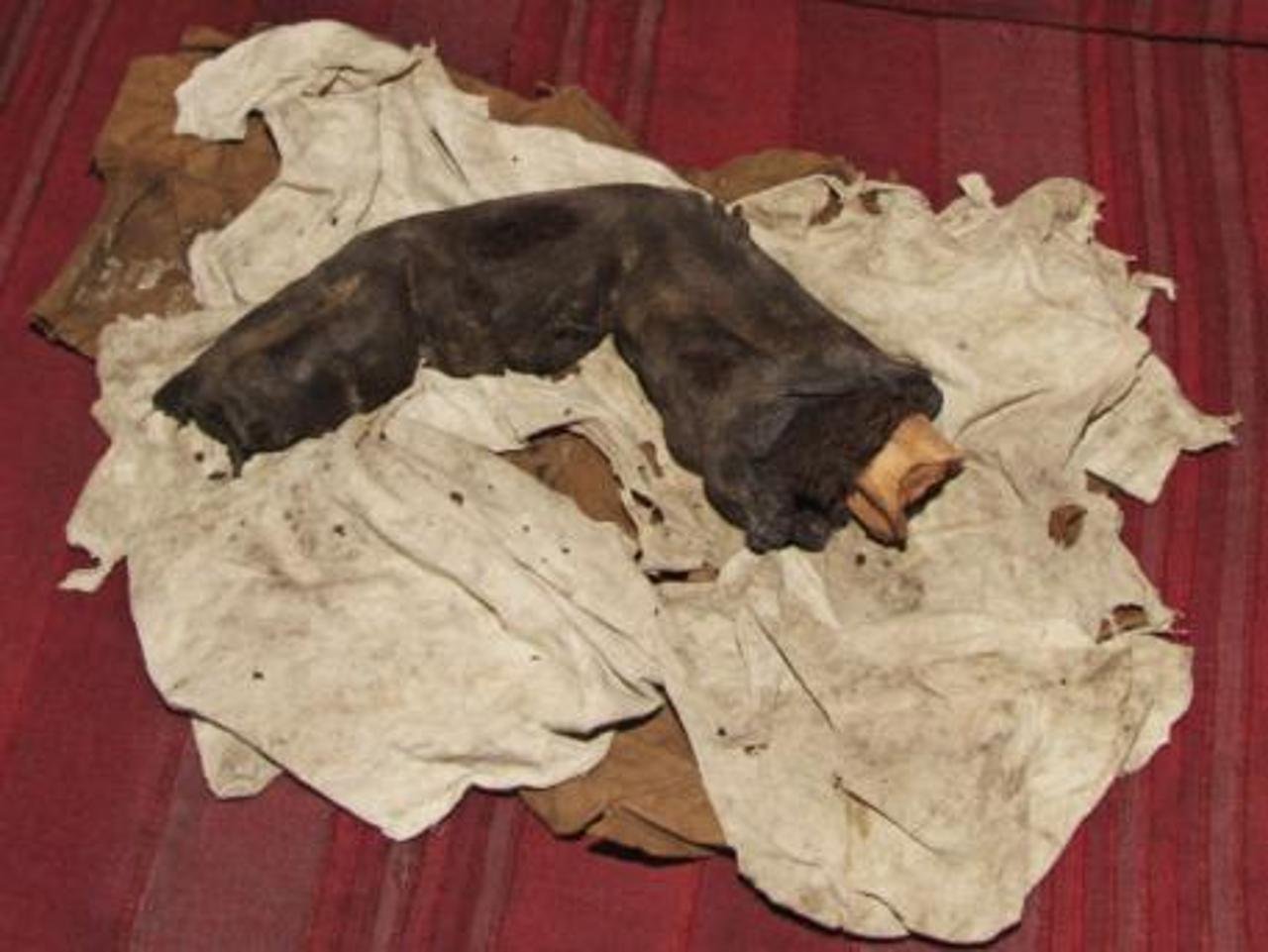 These photos were taken by Swiss entrepreneur and Ancient Egypt enthusiast, Gregor Spoerri. He claims that in 1988, a private supplier in Egypt arranged for him to meet with a tomb robber. The meeting took place in a small house in Bir Hooker, located 100 kilometers northeast of Cairo, where the tomb robber showed Spoerri a finger wrapped in rags.

Spoerri described the relic as an oblong-shaped bag with a strong odor. He was allowed to handle and photograph it after paying $300. He placed it next to a 20 Egyptian pound note for comparison. He remarked that the finger was dry and light, leading him to believe that the creature it belonged to must have been at least 5 meters tall.

In an attempt to prove its authenticity, a tomb raider presented Spoerri with a photo of an X-Ray of the mummified finger from the 60s, along with a certificate of authenticity from that time period. Spoerri attempted to purchase the relic, but the tomb raider refused, stating that its value was significant to his family and that it was their treasured possession. As a result, Spoerri had to leave Egypt without obtaining the relic.

Afterwards, Spoerri showed the pictures of the relic to representatives of various museums, but they were dismissive of it. According to Spoerri, they all said that the finger did not fit with current theories.

In 2009, Spoerri returned to Bir Hooker in search of the giant mummy finger, but was unable to locate the tomb raider who had originally shown him the relic. Throughout this period, Spoerri had been avidly researching information about ancient giants.

Did The Giants Really Live In Egypt?

According to the Roman historian Josephus Flavius, the final members of a race of giants existed in the 13th century BC during the rule of King Joshua. They were described as having massive bodies and unique facial features that were striking and intimidating. Additionally, their voices were said to be loud and resemble a lion's roar. This was written in 79 AD.

The Egyptian Giant Finger Inspired Spoerri To Write A Book

The discovery greatly affected Spoerri, leading him to leave his job in 2008 and start writing a book about giants. He eventually published a novel called "Lost God: Day of Judgement," which is a mystical historical thriller based on his own imagination. Spoerri stated that the book was not written in a scientific manner, leaving it up to readers to form their own opinions about the subject matter.

Is It True That, In The Distant Past, Giants Once Lived On Earth?

Despite scientists' long-held belief that human-like beings growing to 20 feet or more are purely fictional, and there is no evidence that hominins ever reached such heights in the past, some enigmatic discoveries call this understanding into question. Some strange findings exist that challenge our current understanding of the subject.

During an archaeological excavation at a Native American burial site in 1871, 200 giant skeletons were discovered, some of which were as tall as 9 feet. The remains were believed to be around 9,000 years old. The discovery of these remains received significant media attention at the time, but today the remains have vanished and their whereabouts are unknown.

One of the most well-known giant footprints was discovered near Mpuluzi, South Africa. It was found 100 years ago by a hunter and was referred to by locals as "the footprint of God." The print measures 1.2 meters in length, and if the rest of the body was proportionate, the giant that made it would have stood between 24-27 feet tall. The print is estimated to be between 200 million and 3 billion years old. 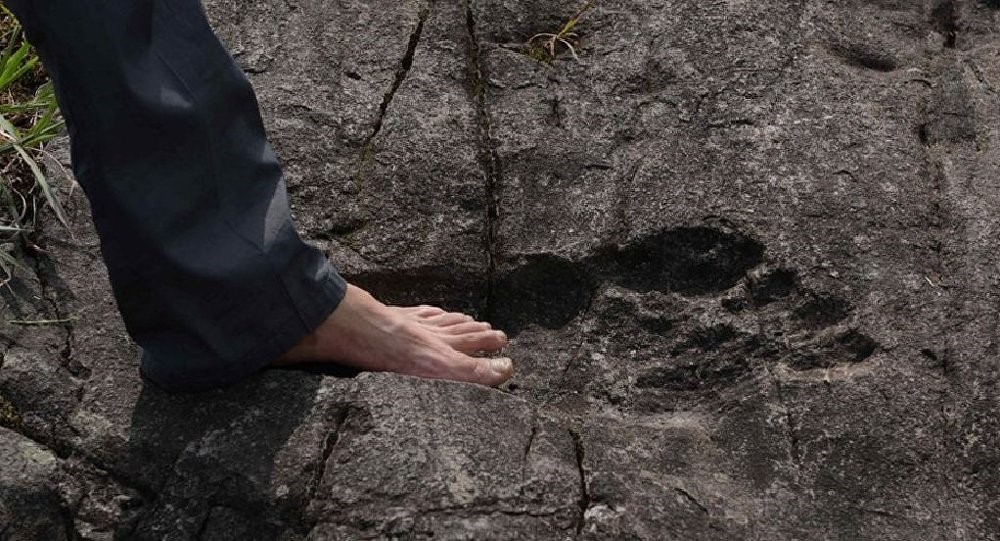 In August 2016, a series of footprints were discovered in Guizhou, China, each measuring nearly 2 feet in length and indenting nearly 3 cm into solid rock. Scientists estimate that the creature that made the prints would have stood over 13 feet tall.

A 4-foot-long print was discovered in South Africa in 1912, estimated to be over 200 million years old. This would suggest that the humanoid responsible for the print was over 27 feet tall. Another similar footprint was found in the Lazovsky jungle of Russia.

The Giants Of Death Valley

In 1947, a San Diego newspaper reported the discovery of mummified remains estimated to be 80,000 years old. The remains were said to belong to giant humanoids. However, the story and the remains were quickly forgotten.

In May 1912, several giant skeletons were found in burial mounds near Lake Delavan in Wisconsin. The 18 skeletons, discovered by the Pearson brothers, were reported to have several unusual characteristics such as heights ranging from 7.6 feet to 10 feet and larger skulls than present-day humans. They also had double rows of teeth, elongated heads, and extra fingers and toes. Some of the skeletons belonged to different races. Despite these findings, scientists have remained tight-lipped about the discovery. This is just one of many reports of giant skeletons found in Wisconsin.

From 2600 BC to the mid-1800s, Lovelock Cave in Nevada was believed to be used by a race of red-haired, cannibal giants. In 1911, James Hart and David Pugh found the body of a man 6ft 6" tall while digging for guano in the cave. The body was mummified and had red hair. They also found other normal-sized mummies, as well as a few 8-10 feet tall. Giant handprints were also found on the cave walls.

The existence of the Egyptian Giant Finger remains unverified, with only photos and claims from Gregor Spoerri as evidence. However, there are numerous accounts of the discovery of ancient giant remains. The questions that remain are: where are these remains now? Why are historians who investigate these findings labeled as pseudohistorians? It's important to remember that society once labeled Galileo as a pseudoscientist. Is our understanding of ancient history accurate?