One of the films about the adventures of James Bond is partly set in a terrifying and for decades abandoned Hashima Island. But, the story of the Japanese island is far more thrilling than Skyfall.

Keep reading if you want to learn more about this island located only 15 km from the atomic bomb site.

Hashima Island: A Creepy Island Near The Even Scarier Nagasaki 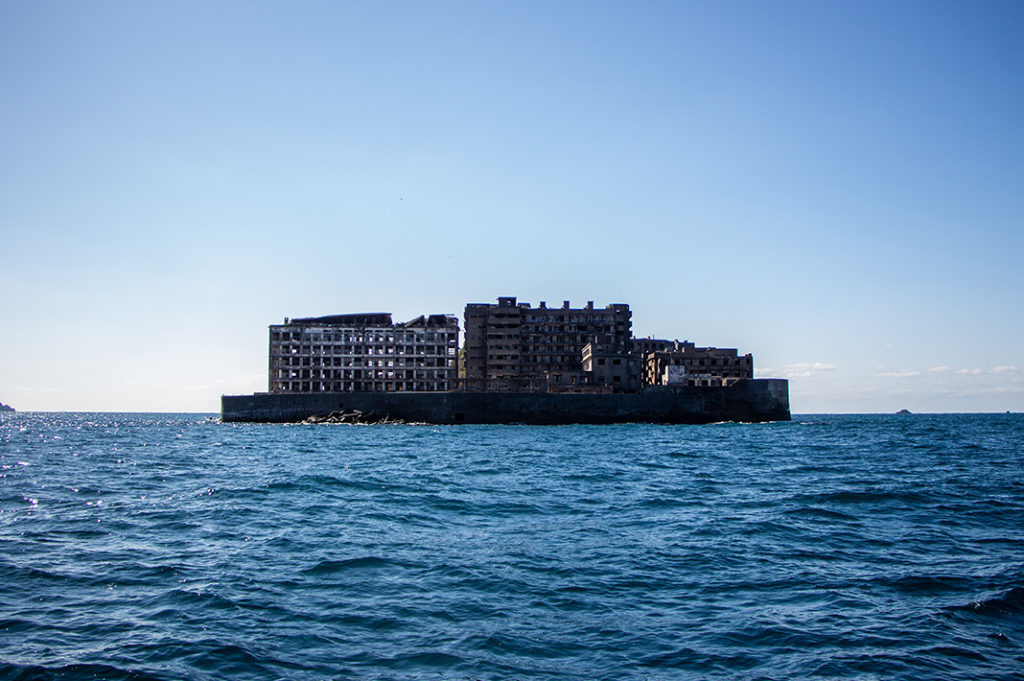 Hashima Island is also called Gunkanjima or Battleship Island. This name came from the shape of the ship-like island itself, located near Nagasaki. This was once one of the most populated cities in Japan. It was a place with schools, hospitals, and other facilities. Today, it is just a maze of abandoned buildings.

It was first inhabited in 1887 as a mining settlement. After the corporate giant Mitsubishi bought the island, the construction of large reinforced concrete buildings began. Since this area is small, the skyscrapers made it possible for many inhabitants to congregate in such a cramped area.

In the center of Hashima island, there is a Shinto temple.

During World War II, the population increased. It resulted from Japanese policies that forced residents of Japanese colonies such as Korea and Taiwan to work in the local mines. At the time of the largest population, more than 5,000 people lived here. 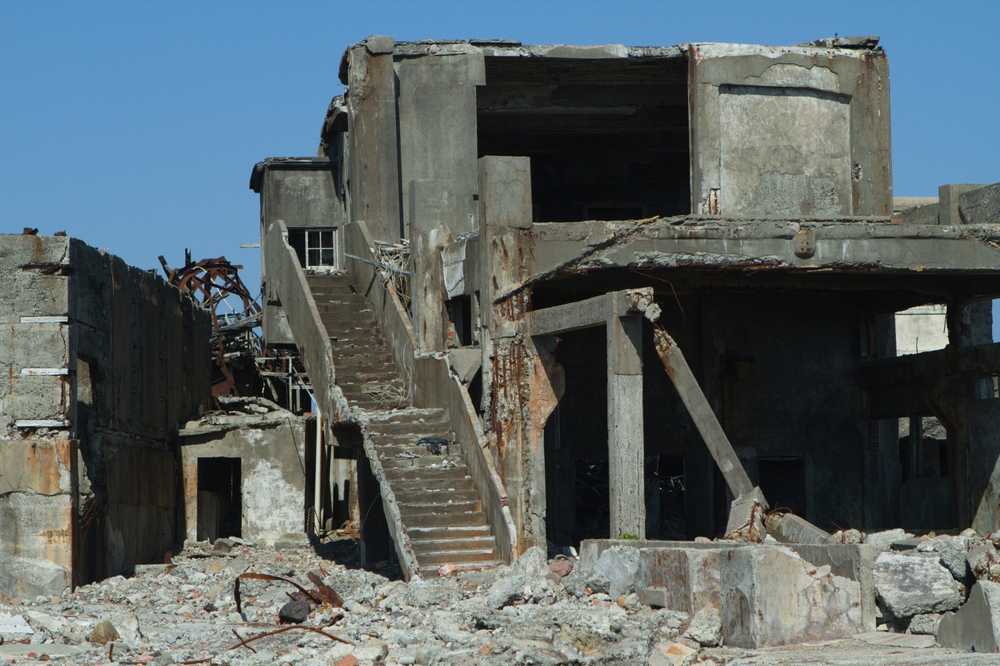 The history of Hashima island is darker than the Skyfall film made here. There has been a mining plant here for almost a hundred years where many people worked forcibly between 1925 to 1945. It is estimated that more than 1,000 forced laborers died on the island, arriving partly from China, Korea, and abroad.

The families of these forced laborers are trying to get compensation and an apology from the said corporation. It has not yet happened. After the coal mine closed, its inhabitants left the island, literally seeking one's fortune. This occurred in 1974 when coal was replaced by oil. 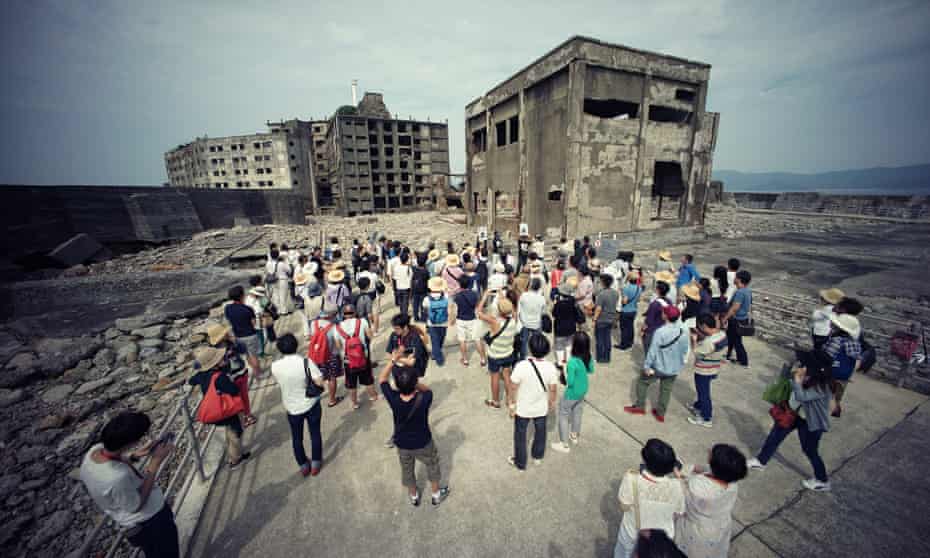 Before the island's opening for tourists, the condition of Hashima Island was checked, and it was established that everything was in a dilapidated condition. Only certain parts are relatively safe, and tourists can move there. At one time, this island was known as a concrete island, but today, as people left it, nature brings it back to its own.

With its abandonment, Hashima island is somewhat reminiscent of Pripyat, near Chornobyl, which the inhabitants had to leave in a hurry. 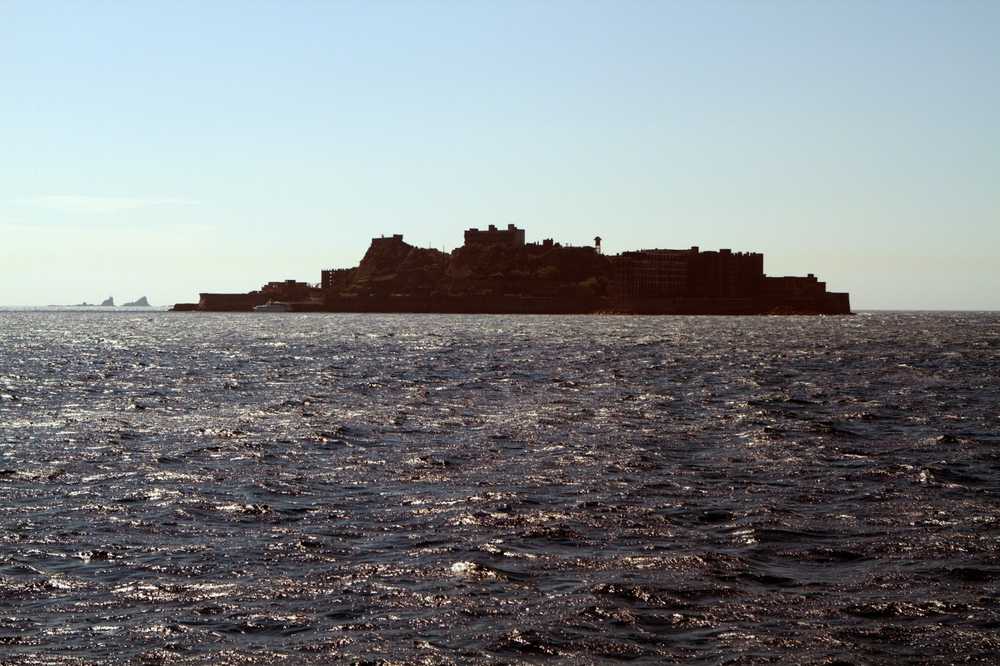 South Korea has opposed the inclusion of Hashima island on the UNESCO World Heritage List. Why is that so?

Japan has pledged to tell the island's history in a truthful way, which is why Tokyo got the "green light" from Seoul. But despite the obligation to adequately expose the ugly historical truth about enslavement, they did not. Indeed, two years later, the Japanese government broke its promise to present historical facts about forced labor.

In 2020, at the end of the summer, the Industrial Heritage Center opened in the Shinjuku district of Tokyo. In that center, which was supposed to present the truth about the history of Hashima island, it was claimed that there was no discrimination. 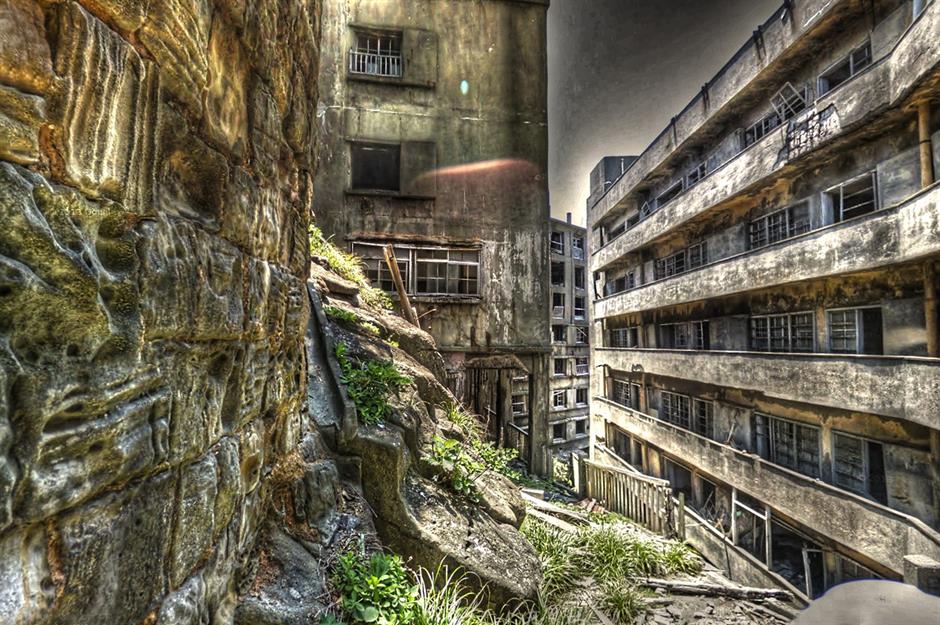 Japan wants to show one side of history. The story starts from the point of view that South Korea was under Japanese rule at the time and international law allowed mobilization for forced labor in emergencies, such as war.

Under the provisions of that law, workers were automatically granted Japanese citizenship, but the problem was that immigrants were denied fundamental rights. In other words, they had to bear obligations to society, but they did not share the same rights. Thus, residents owned by Japan were denied, for example, the right to vote.

The Workforce On The Island 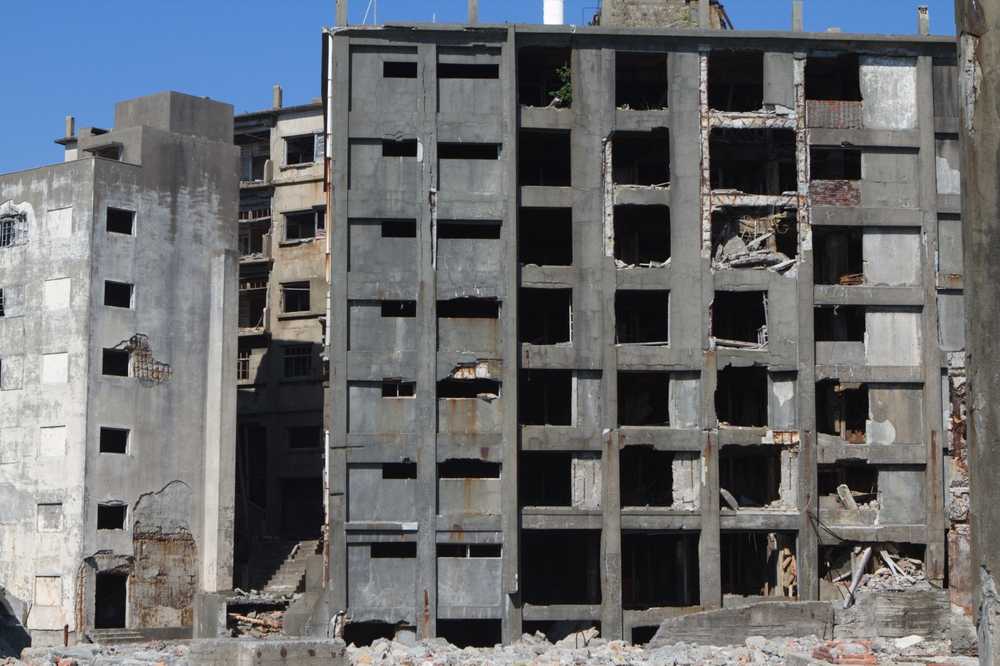 In reality, the first to work here were the prisoners who revolted, which resulted in a large number of killings. After that, it was the turn of the poor. As their number was not enough, it started with foreign labor.

When forced laborers came to the island, their documents were confiscated. Their salaries were paid into bills in the hands of employers. Due to inhumane working conditions, people were prone to self-harm to avoid death.

This means that they could only escape without money, and the escape was complicated because they had to swim 18 km to the coast, which caused many to drown. Those caught, in turn, were forced to continue working under extreme pressure. 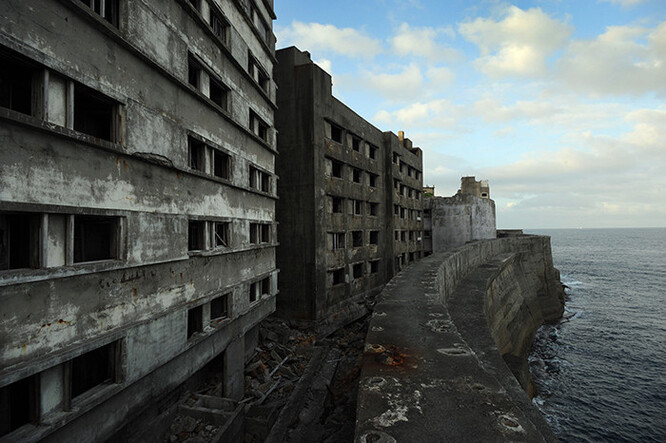 One of the former supervisors on the Hashima island, Masayuki Kosako, said without hesitation that foreign workers were discriminated against. He went to the Japanese colonies and "hunted" workers, adding that their working conditions were extremely difficult.

When Japan was defeated in World War II, supervisors of Chinese, Taiwanese, and Korean workers were first released to flee the island for fear of retaliation from forced labor workers.

However, the Information Center gives a different story that denies discrimination. Japan often highlights only one side of the story in public, which corresponds to what they want the world to think of them, but the reality is much more complex than it seems.