Evelyn McHale's last wish did not come true. She did not wish for anyone to see her body, but the complete opposite happened when she ended up creating "the most beautiful suicide."

Her wish was that her family remembered her as she was before she took the fatal jump that took her life. The woman jumped off the 86th floor from the Empire State Building.

After her jump, she fell on a parked United Nations limousine. A photography student, Robert Wiles, happened to be close by, and he quickly took the photo that is today known as "the most beautiful suicide."

Why Is This The Most Beautiful Suicide? 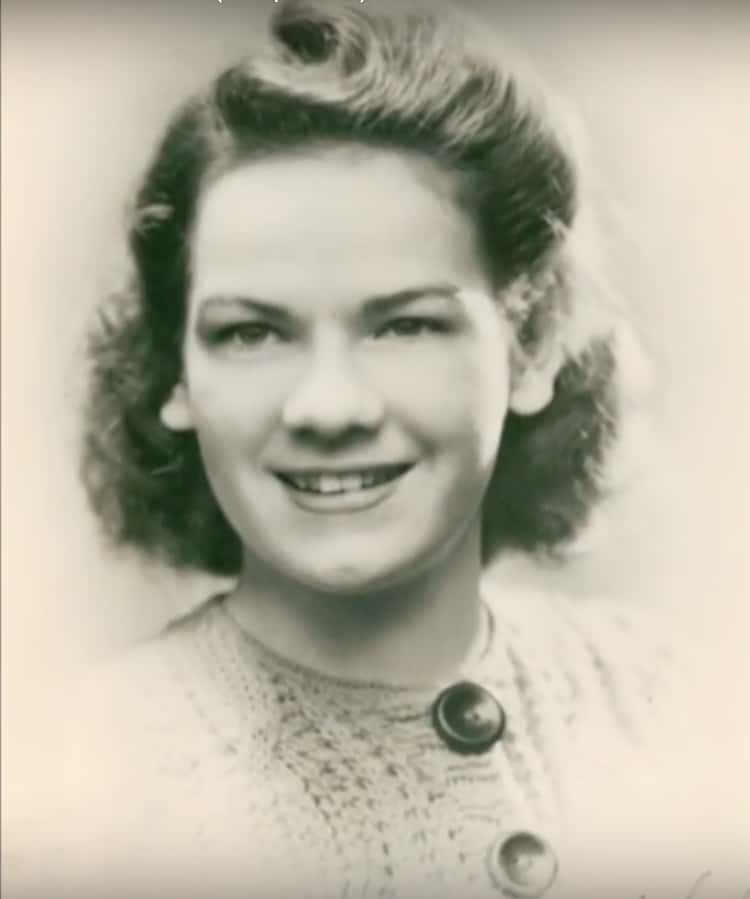 Evelyn McHale is credited with committing the most beautiful suicide because she looks so peaceful in the photo Robert Wiles took. It's almost as if she is just sleeping on top of a damaged car roof.

Her feet were crossed at the ankles, and her hand rested peacefully on her chest, where it held on to her beautiful pearl necklace.

Without being told that the image resulted from a suicide, you would be tempted to think a model had posed for the photo.

She fell from a great height, yet the scene of her death was not as gory as most people would have expected. To top it off, she looked like she was posing for a photo, which is why the photo is described as the most beautiful suicide.

As far as suicides go, Evelyn's death scene looks like it was thoughtfully put together. However, witnesses were around to see the woman take her life.

Few can deny that hers is the most beautiful suicide ever recorded on camera.

The Photo Of "The Most Beautiful Suicide" Was Taken In 1947 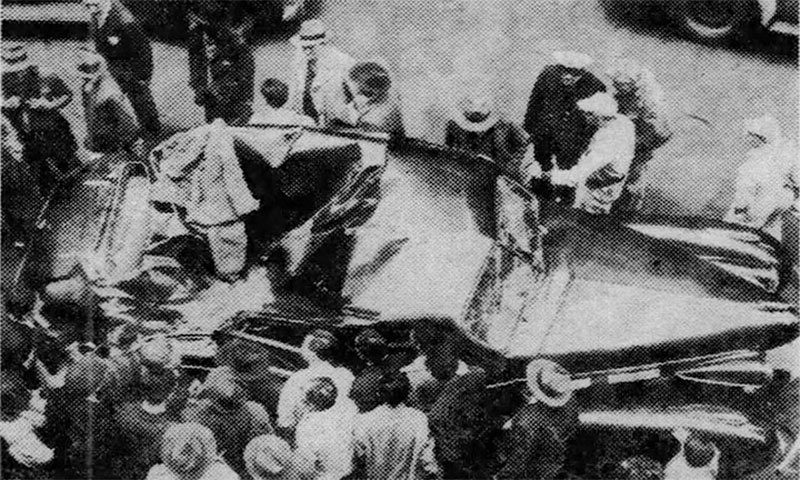 Robert Wiles took the photo on May 1, 1947, and Times magazine called it "the most beautiful suicide."

Although Evelyn is famous today, she was not well-known when she made the tragic decision to take her life.

She came from a family of seven brothers and sisters. Evelyn was the sixth of seven children, and she was born in Berkeley, California. Her parents were Helen and Vincent McHale.

Her parents divorced in 1930. In the same year, her father accepted a job as a Federal Land Bank Examiner, and the family moved to Washington, D.C.

Helen, her mother, left her father for reasons nobody understood, but it was believed that she had mental health issues.

Evelyn joined the Women's Army Corps after completing high school. As soon as she had completed her service, she burned her uniform.

Later in life, she went to Baldwin, New York, where she lived with her brother and sister-in-law. She was still in New York when she jumped to her death and got the reputation of committing the most beautiful suicide.

What Made Evelyn McHale Commit Suicide? 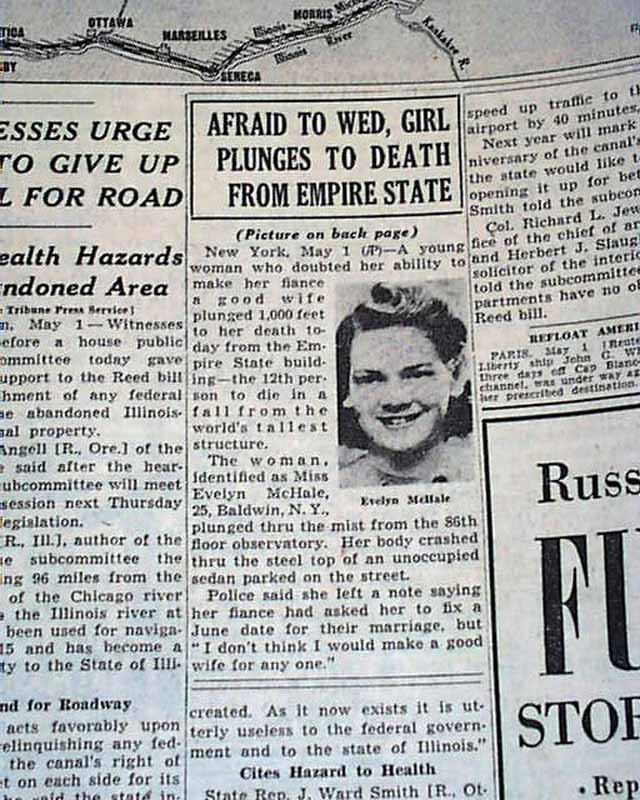 At the time Evelyn McHale killed herself, she was a bookkeeper at Kitab Engraving Company, which was located in Pearl Street, Manhattan.

She had met her fiance, Barry Rhodes, while working there. The two had plans to get married, but that never came to be.

Before she jumped to her death, she had boarded a train to visit him in Pennsylvania.

Rhodes later told investigators that he had no idea why she would choose to kill herself. Before they parted ways, he had kissed her, and she seemed upbeat about the upcoming wedding.

From the look of things, she had plenty of things going her way. Therefore, events leading to Evelyn's suicide are not very clear.

Her fiance Rhodes insisted that she was fine at the time she left the previous day.

On the day Evelyn jumped to her death, she got to the observation deck of the Empire State Building, took off her coat, and placed it over the railing.

She then wrote a note, which she placed beside her coat and jumped off. She landed on top of a parked car, creating the scene famously known as the most beautiful suicide.

She landed about 10 feet from a security guard.

A police officer who was directing traffic saw a white scarf floating down from the upper floors. Then he heard a crash before he saw a crowd gathering on the 34th street around a Cadillac limousine.

The incident horrified many people, especially shoppers on Fifth Avenue. A photo of her, taken a couple of minutes after she landed on the car roof, turned into the sensation we know today as the most beautiful suicide.

The body was later identified by her sister Helen Brenner. After the incident, his fiance moved to Florida and never got married. 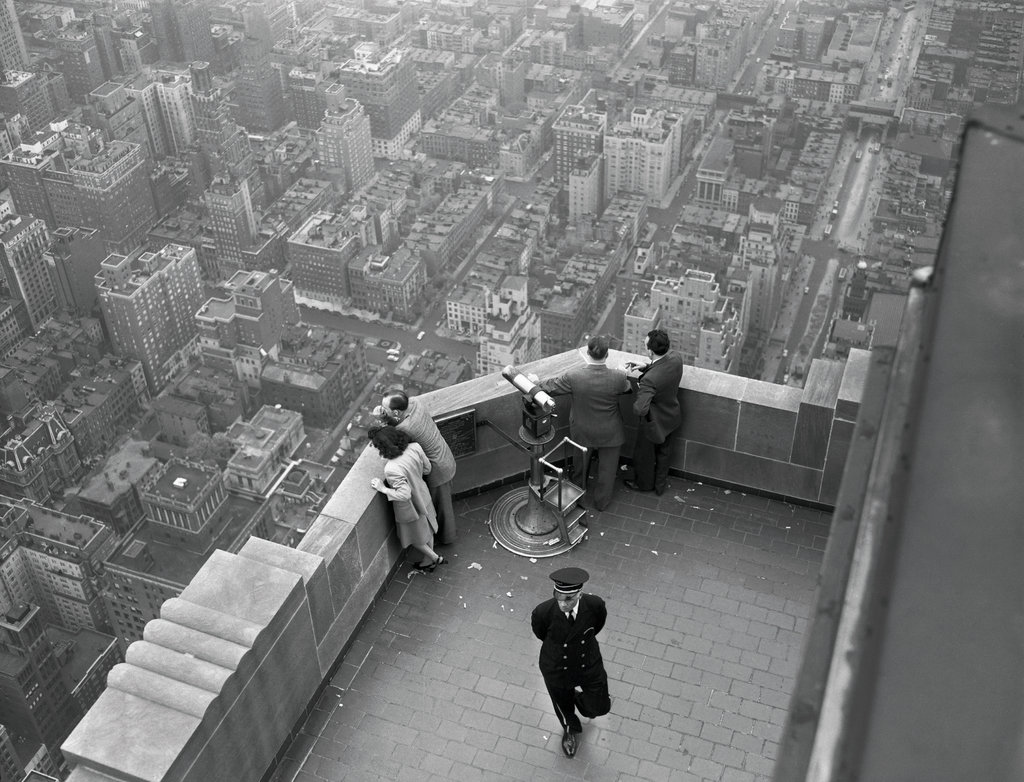 The note she left behind did not offer a lot of clues as to why she had decided to take her life. One of her requests was that her body would be cremated.

In general, the note was relatively brief, and it read:

"I don't want anyone in or out of my family to see any part of me. Could you destroy my body by cremation? I beg of you and my family – don't have any service for me or remembrance for me. My fiance asked me to marry him in June. I don't think I would make a good wife for anybody. He is much better off without me. Tell my father, I have too many of my mother's tendencies."

Her wishes were honored. She was cremated, and no funeral was held for her.

According to this suicide note, it seems that Evelyn felt inadequate even though she seemed to have had everything working out for her.

She had a family, a job, and a fiance, and yet, she felt that she had to take her life. The young woman took her life with her marriage plans already in place.

It was concluded she was afraid to turn out like her mom, who had left her dad with no logical explanation. Her mon was later found to have mental health issues.

She had earlier demonstrated her negative feelings towards marriage after burning the bridesmaid dress she had worn during her fiance's brother's wedding.

In the purse she left behind with her coat on the observation deck, she had some cash, a makeup kit, and family photos.

Another theory suggested that depression overwhelmed her and that her family and fiance missed out on the signs. That explains why they were so shocked by her decision.

Evelyn's Suicide Scene Created One Of The Best Photos Ever Taken 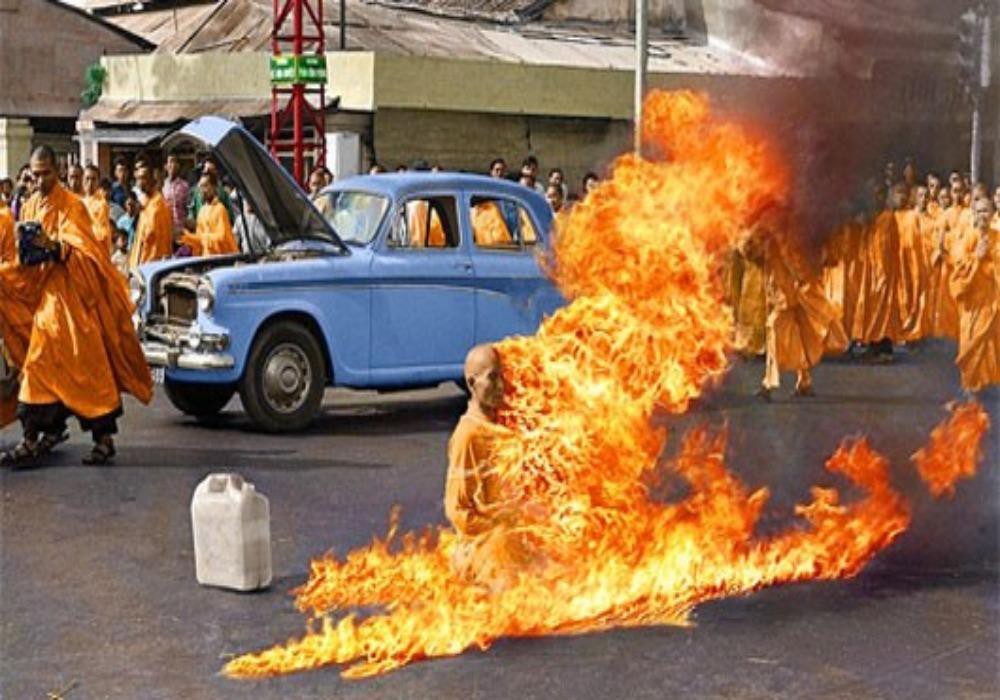 Although not many people knew her when she died, Evelyn McHale is quite popular today, and it's all due to the famous photo Wiles took of her. The picture of the most beautiful suicide has been credited as one of the best photos ever taken.

People have drawn parallels between the photo and a picture of a Vietnamese Buddhist monk, Thích Quảng Đức, who set himself ablaze in practice known as self-immolation in 1963. 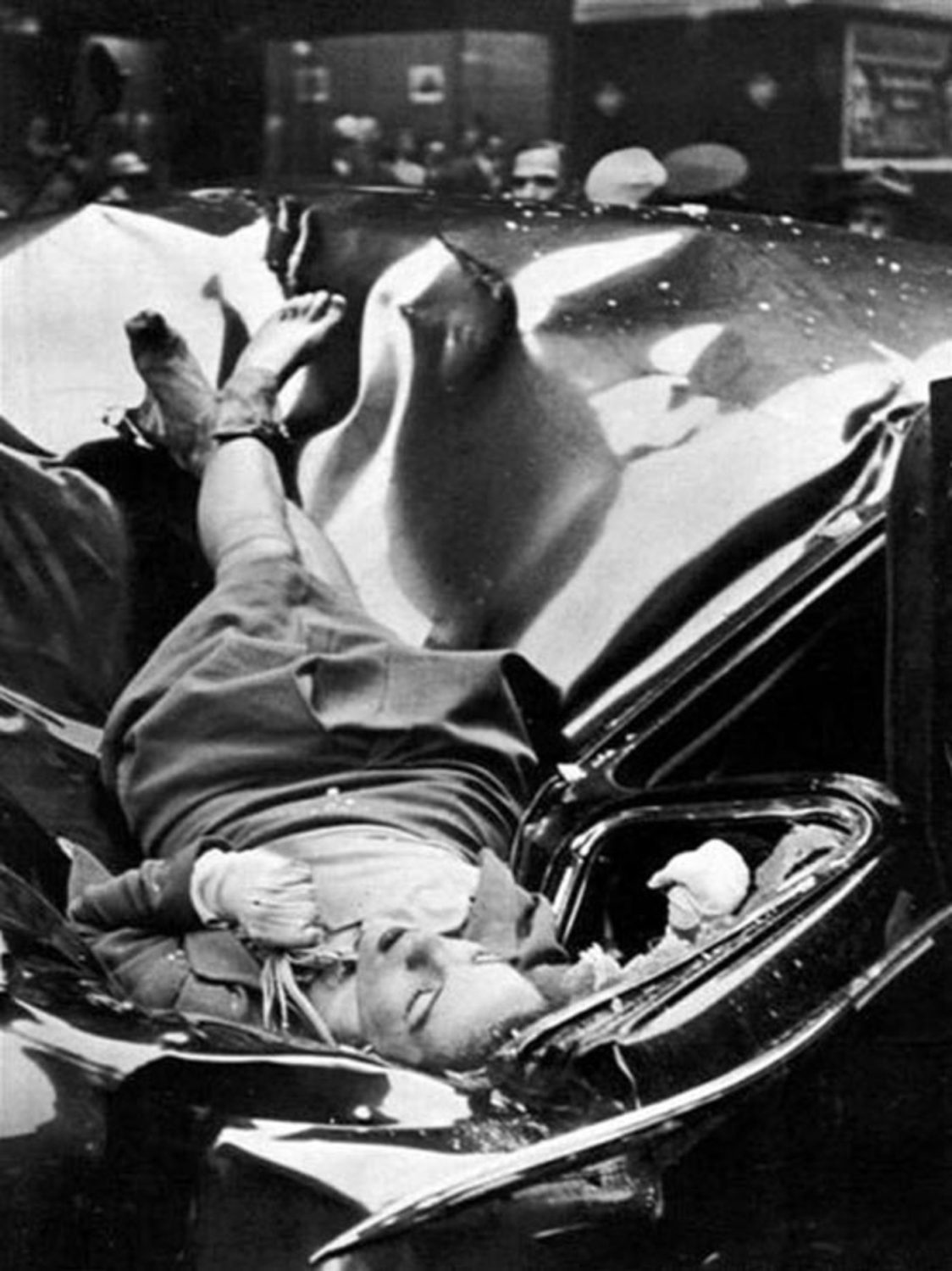 The photo of the most beautiful suicide has been regarded as being technically rich, visually attractive, and beautiful because it looks like she is resting or napping and not dead. Ben Cosgrove said that Evelyn looked like she was "daydreaming of her beau."

The photo was taken four minutes after she died fell. It still has a haunting effect so many decades after it was taken.

The reputation of this tragedy being called the most beautiful suicide does not make it any less scary today than in 1947 when the photo was taken. Although Evelyn's wish was for her body never to be seen by anyone after her death, the world still looks at the image of her body with both awe and shock.

Images of the death of Evelyn McHale have been colorized numerous times. 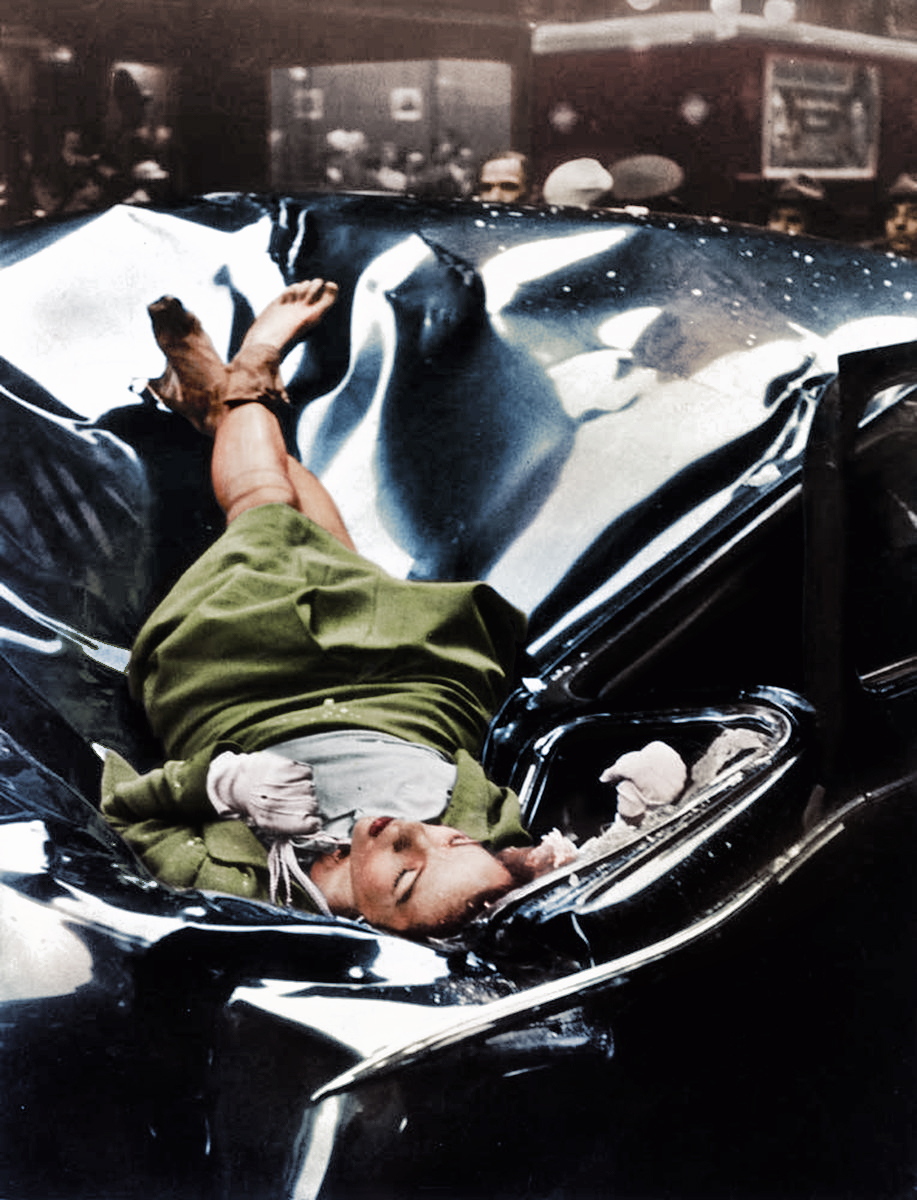 Otherwise, the Empire State Building has a history of suicides, and more than 30 people have jumped to their deaths throughout its history. Evelyn was the 12th person to jump and the 6th to reach the bottom. At one time, they had to hire "suicide guards" to keep people from jumping after a jumper fell on a pedestrian on the street.

People think Evelyn's ghost still haunts the 86th floor from which she jumped. The spirit talks to some people before taking off her coat and jumping off the observation deck.