Tailored, Italian suits, Vespas, lavishing lifestyle, the best jazz music, and of course, drugs - welcome to the life of a posh teenager from the late 50s and the 60s in Britain.

The term "mods" is short for modernism, which refers to modern jazz fans. Due to the progressive outlook on life, the mods are one of the most significant subcultures in human history. They were also the first generation of teens who had the privilege of growing up in a world without wars.

The Mods emerged after The Teddy Boys, the famous subculture from the 50s. The Teddy Boys were the first generation of post-war teens, Elvis-loving, masculine, and eventually, too violent.

The in-between Mods and Teddy Boys were leather-wearing motorcycle-riding rockers, a subculture that clashed with the Mods and caused panic among the British public in the mid-60s.

What Did The Mods Believe In? 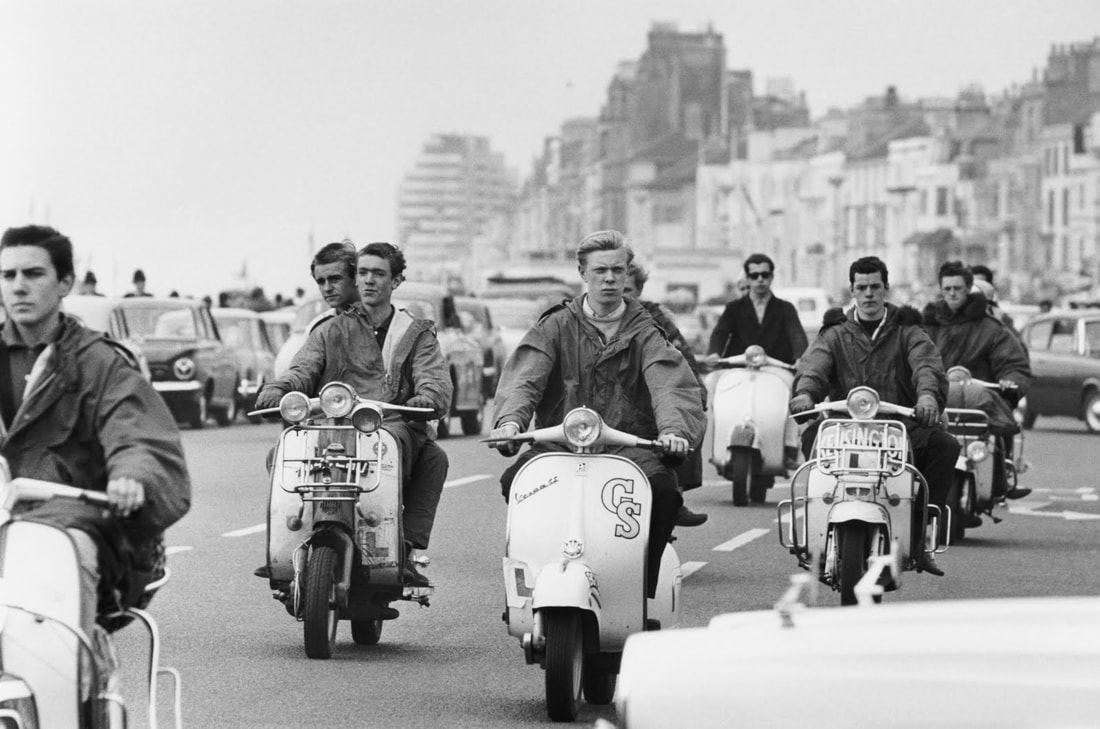 The Mods focused on fashion, jazz, blues, The Who, Bob Dylan, scooters, and amphetamines. They were a very British generation of youngsters who earned more than their parents and loved spending.

Typical pubs became passe and were replaced with cafes and nightclubs. And these nightclubs in Soho became drug-fueled hot spots, but more on that later.

Despite seemingly acting ignorant, these youngsters immersed themselves in trying to change the world. As the Mods are the generation of Babyboomers, it appears that they only changed themselves.

However, before the Swinging 60s, and with the idea that the world should be a peaceful place, the Mods stood for sexual liberation and the anti-nuclear movement.

Apart from standing in groups in Soho, London's King's Road, Kensington, and Carnaby Street, the Mods were progressive and stood against the common prejudice.

While talking about fashion, jazz, and poetry, they became activists. So, being an authentic Mod was always more than just looking at the part. The looks served as a way to recognize those who think similarly, but also to provoke.

The Anatomy Of A Subculture 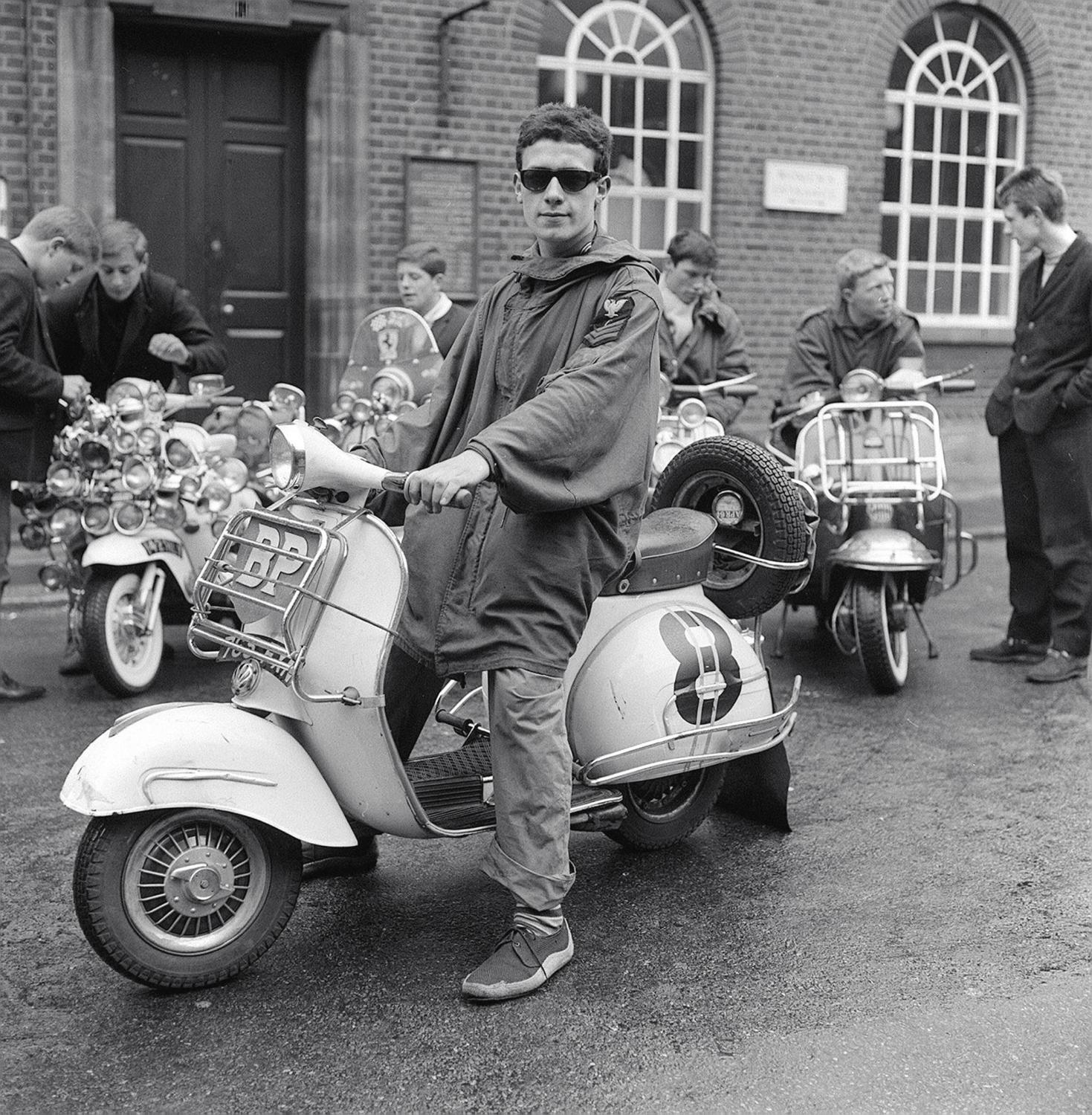 Naturally, rebelling teens were behind this, just like any other movement. The only difference was that the Mods looked impeccable while revolting.

Teenage Mods wanted to reinvent what it meant to be a young Brit. So, they danced, enjoyed the beauty, and celebrated being young and free.

One of the most critical pieces of this subculture was ditching the gender roles. Giving the finger to the social and gender roles was a bold move. That was rather shocking, but it gave young girls more visibility in society.

The 50s stereotype of a perfect housewife celebrated a woman as a vehicle behind her man. Whatever this idea of a housewife did, her first job was to make her husband happy. Secondly, she took care of the children, the house, cooked, cleaned, and always depended on her hubby.

By refusing to become their parents, the Mod look carried an important message for future teens.

"Rumours went round that I might be gay. In some ways, I was happy with this. ...in any case, one's sexuality was becoming less of an issue every day. One of the great things about the British Mod movement was that being macho was no longer the only measure of manhood."

The Mods Look Was Empowering 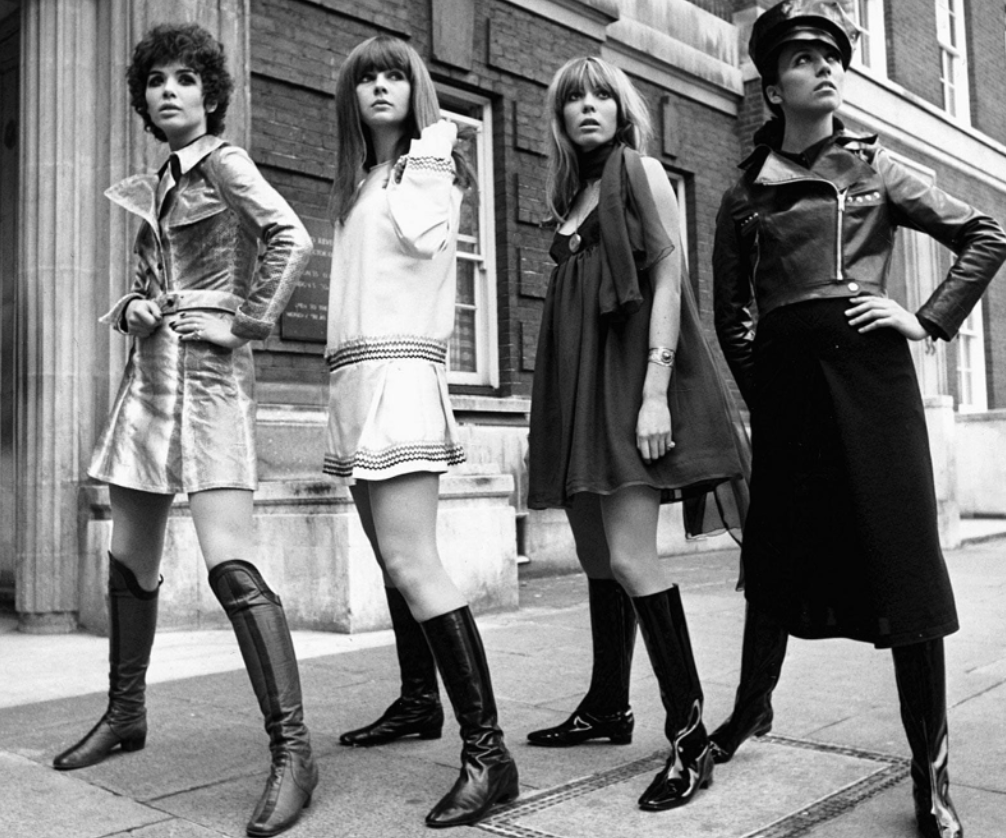 Female Mods wore short, pixie cuts, suits, and parkas, both with skirts and pants, and celebrated their sexuality. Of course, naivety was part of the whole experience. But, that feeling of being young, carefree, with your dreams and goals inspired other teens across the world.

Being part of the mod squad gave youngsters a sense of unity and freedom. Instead of dressing like a Mod, remember that was a way of thinking, hidden behind plaid skirts, tailored jackets, and matching clashing prints.

For the first time in human history, people were less judgmental, and it was in tune with the civil rights movement and the women's rights movement. The Mods did not erase any of the burning topics - they did not destroy homophobia, racism, misogyny, not a single prejudice. But, most of them were more aware of the issues than previous generations.

As the subcultural style soon influenced female designers, Mod girls gravitated to Mary Quant's boutique Bazaar in Chelsea and Barbara Hulanicki's Biba in Kensington. It was a simple case of women supporting women.

That was the start of something.

The Mods And The Rockers 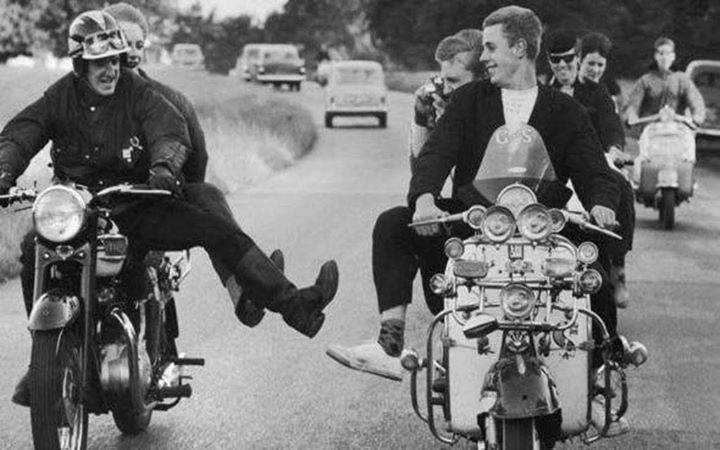 Before they emerged into Swinging Sixties, the Mods got a nasty reputation thanks to the clashes with the Rockers.

It was Easter weekend in 1964 when the mayhem stroke the rainy streets of Southern England. The biggest conflicts hit Margate in Kent, Brighton in Sussex, and Clacton in Essex.

Two groups clashed, and hundreds were in handcuffs as the beaches became battlefields. Though the media created mass hysteria, we will soon learn that this was just the beginning. Glam rockers vs. punk rockers, skinheads vs. pretty much anyone, Blur vs. Oasis, East Side vs. West Side. You get the picture.

The cult classic, Quadrophenia, was the one good thing that came out of the Mods and the Rockers battle.

The two groups were on the beaches. Someone threw a smaller stone. Members of both "parties" kept coming, and in 90 minutes, things escalated.

It was not one colossal fight but several scuffles. The Mods, with all their poshness, used deck chairs to hit the Rockers.

The police were heavily armed as they arrested thousands, both those with Sassoon hairstyles and rock-loving tough guys.

The battle of Brighton beach was replaced with social issues, such as teen pregnancy, amphetamines, abortions, and violence, as the media connected them with the Mods and The Rockers.

What was behind the fight between the mods and the rockers? Passion for expression, young people letting off steam in unhealthy ways.

The press had a field day, calling the teenagers "folk devils." 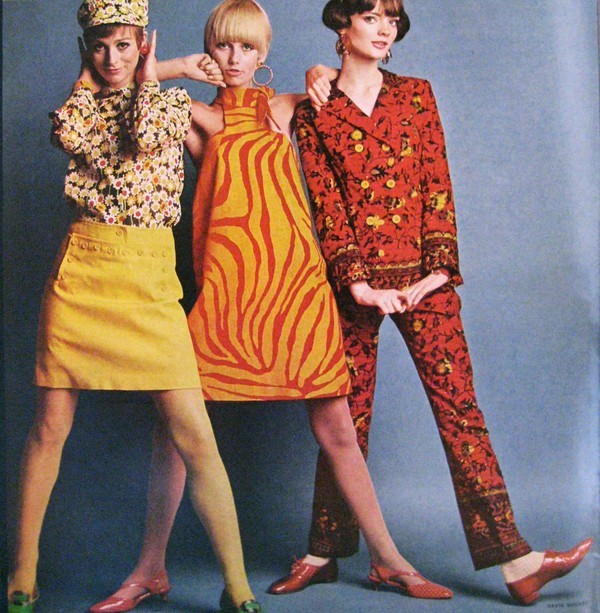 The Mods lived for the weekends. Nightclubs were full of perfectly polished-looking, often high on drugs teens. But, another thing about the 60s was traveling.

And the Mods became so commercialized, despite the media critics, that London became the world capital. Outside the UK, the Mods were seen as Beatles fans in mini skirts, always looking fab and having fun.

London was the IT spot. People from around the globe wanted to see this subculture that admired a hedonistic lifestyle and indulged in superficial while thinking about the big picture.

The Mods grew up, but in the process, a group formed, and they called themselves Hard Mods. They were dressed more casually, but the irony that came with them in that they transformed into skinheads.

The soul-fixated Mods created the Northern Soul scene, which relied heavily on heavy beats and predominantly music from the Black artists. These Brits loved their Motown records.

But, despite the ups and evident down, the Mods did not fade away. We get to experience their influence in fashion, music, and other arts now and then. Hey, even the Vespa or Lambretta scooters became household names thanks to the Mods.

Every Subculture Had Its Drugs, And These Teens Had Plenty 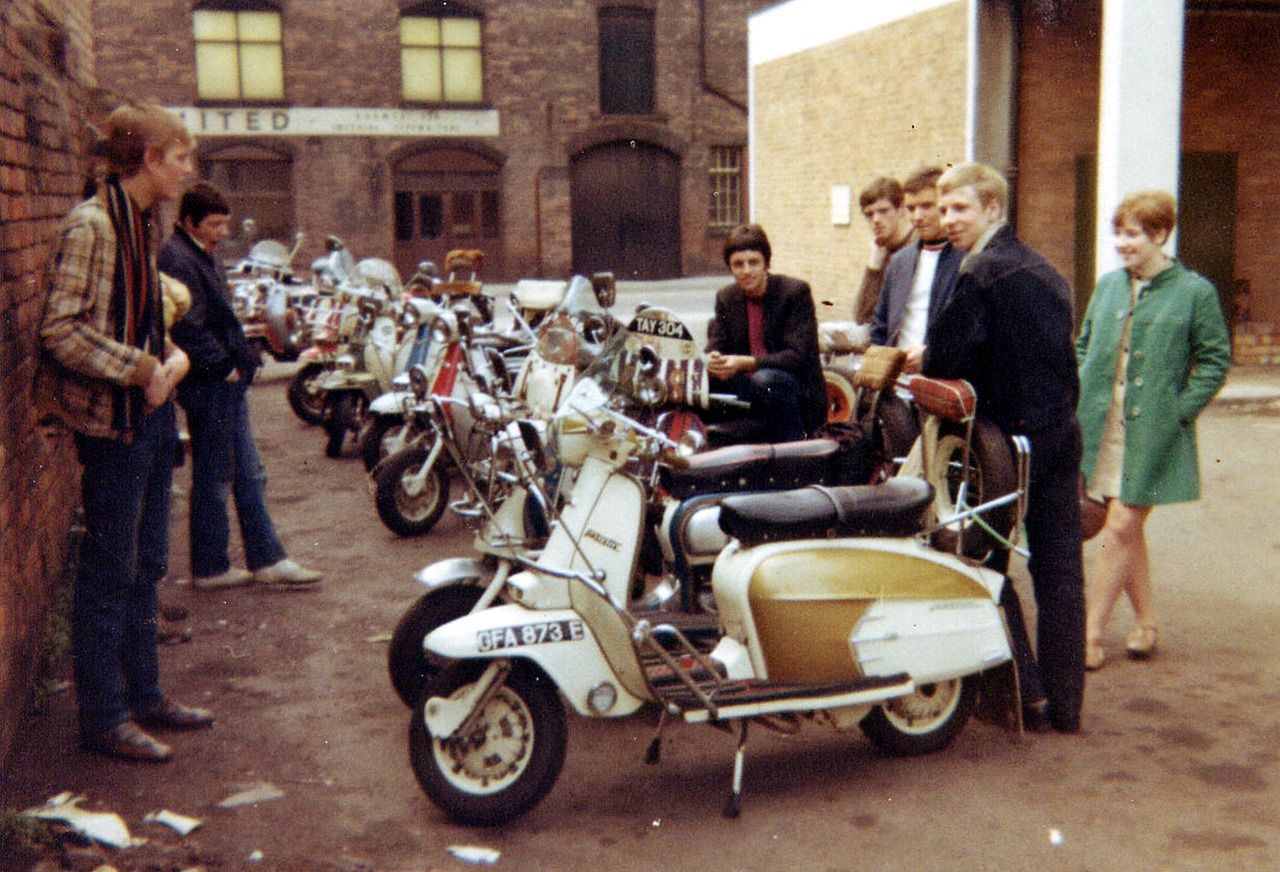 Despite standing tall against a stereotypical 50s housewife, the Mods had something in common with them. Well, at least when it came to pills.

We all know that the post-war era made drugs mainstream, among other, less dangerous things. Teens in the late 50s used Drinamyl, of course, not as prescribed, but to get high.

The abuse of Drinamyl was captured in Quadrophenia. They also loved Durophet, another prescription medication, and enjoyed naming their pills. Purple Hearts, French Blues, and Bombers are all gone now, but they remain part of the Mod subculture's history.

Apart from this medication for obesity and neurosis, the Mods loved their amphetamines. Mixing amphetamines with barbiturates was dangerous but a popular combination.

Always looking sleek, Mods lost their appearances thanks to enormous abuse of speed, which came in the mid to late 60s. With speed, bad teeth, and increased paranoia are almost guaranteed.

The Mods and the Rockers, the hippies, the punk rockers, every subculture explored the world of drugs, and each preferred one more to the others.

Be Young, Be Modern, Be Happy 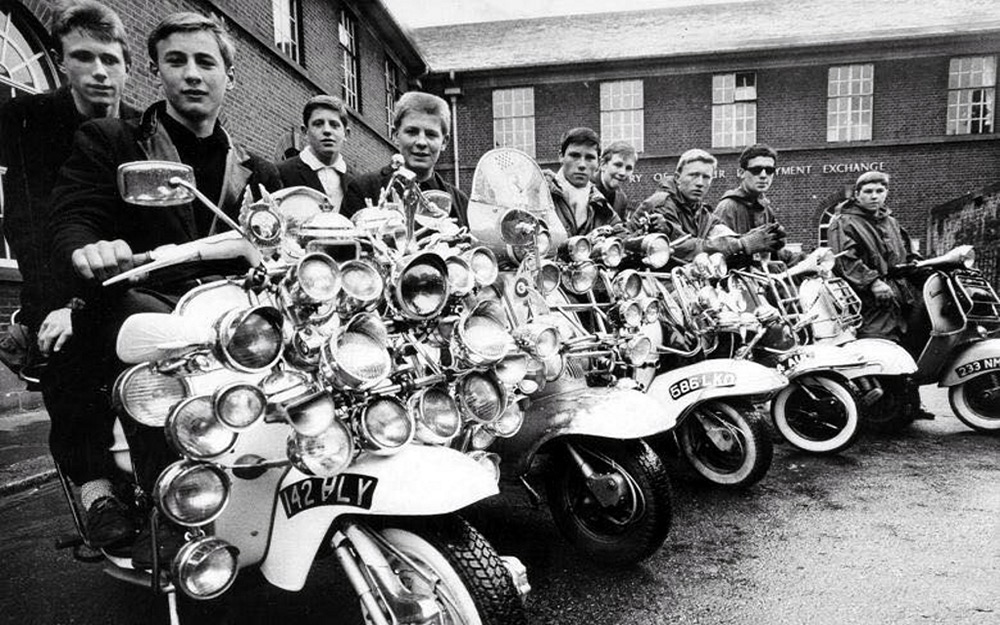 The Mods were a uniquely British bunch, though their lifestyle was based on foreign influences. They took the pieces, and the puzzle looked utterly fresh.

Though the official Mod era ended decades ago, several revivals happened. And even if the whole subculture ended in the 60s, it was a fantastic time for Britain, as the youngsters developed a refined taste. It was not about gender, race, or creed, and factual evidence supports this.

London's music scene developed faster, with many Black artists coming to the UK to get into the business. The Avengers showed an updated female hero while Twiggy guided the world to the supermodels.

If anything, the Mods opened the doors for many social discussions. And they looked fab.