You might ask, what could a mermaid and a dead cow have in common? They make a great dirty joke that will make you laugh your a** off.

We're going to make you work for this one. Get that thumb ready and scroll through the other dirty funnies first. 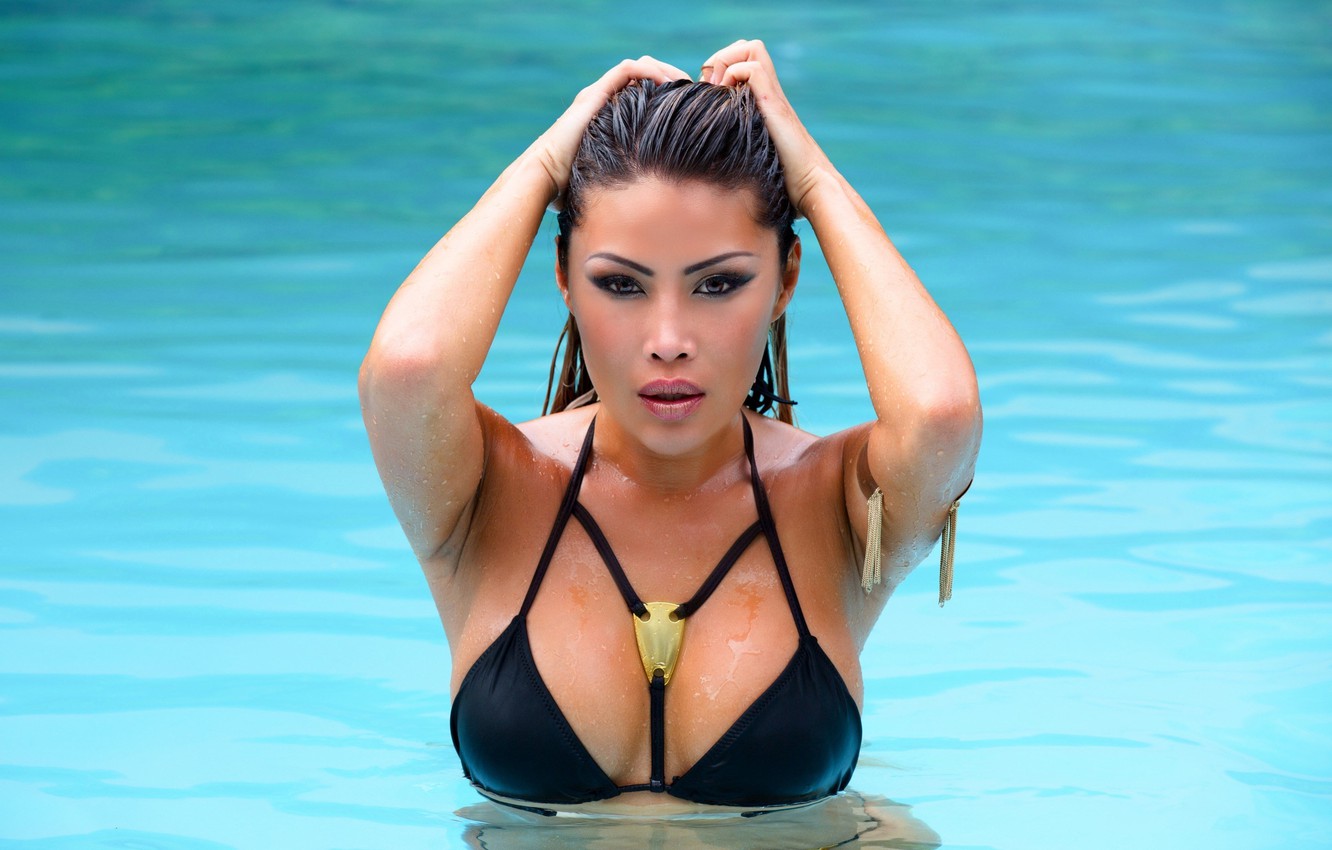 A mother and her young son flew Southwest Airlines from Kansas City to Chicago.

The little boy (who had been looking out the window) turned to his mother and asked, "If big dogs have baby dogs and big cats have baby cats, why don't big planes have baby planes?'"

The mother (who couldn't think of an answer) told her son to ask the flight attendant.

So the boy went down the aisle and asked the flight attendant, "If big dogs have baby dogs and big cats have baby cats, why don't big planes have baby planes?"

The busy flight attendant smiled and said, "Did your Mother tell you to ask me?" The boy said, "Yes, she did."

"Well, then, you go and tell your mother that there are no baby planes because Southwest always pulls out on time. Have your mother explain that to you." 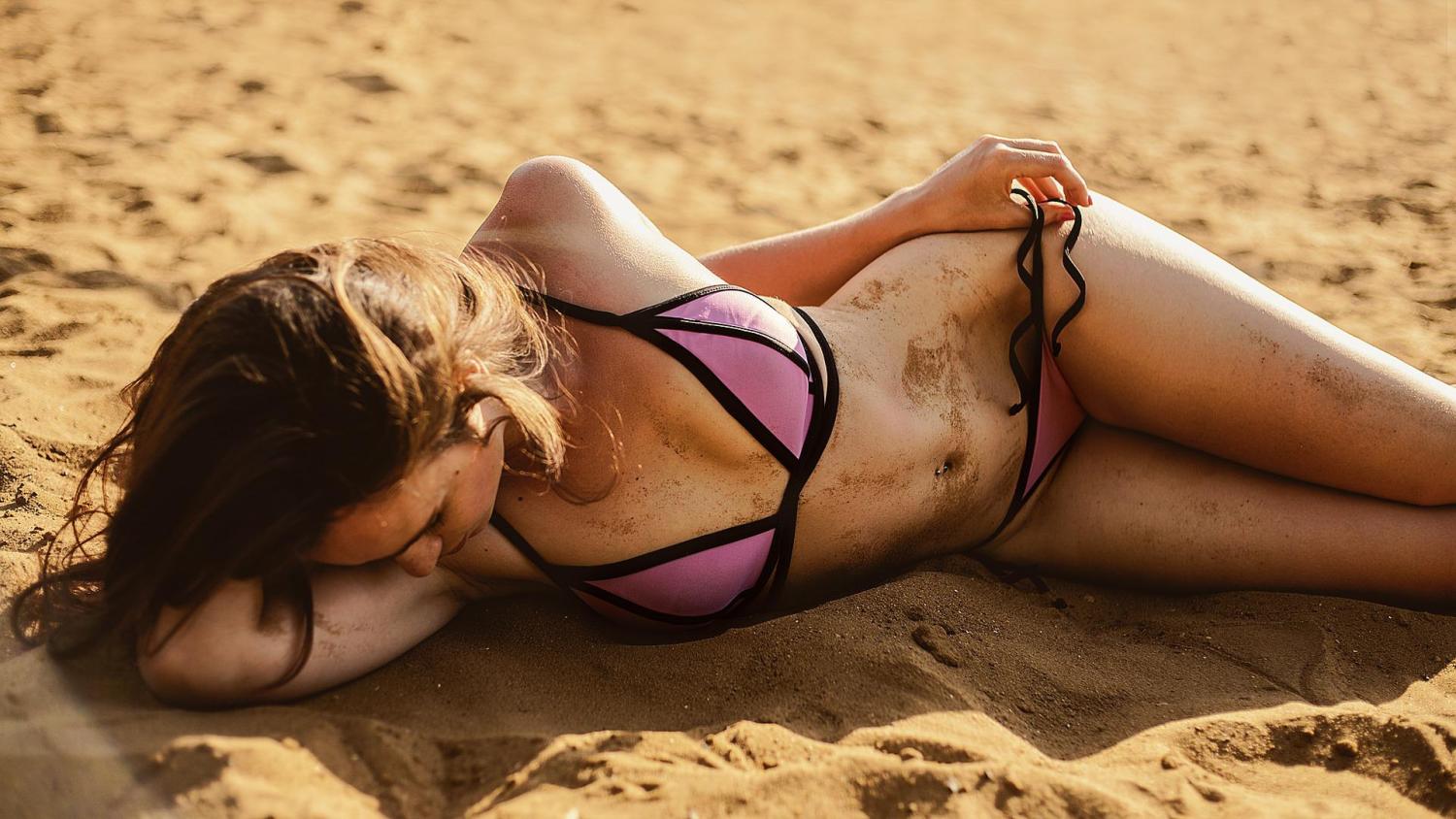 A local law enforcement officer stops a car for traveling faster than the posted speed limit. Since he's in a good mood that day, he decides to give the poor fellow a break and write him out a warning instead of a ticket.

When the officer presses him for the last name, the man tells him that he used to have a last name but lost it.

The officer thinks he has a nutcase in his hands but plays along with it. "Tell me, Fred, how did you lose your last name?"

The man replies, "It's a long story so stay with me. I was born Fred Dingaling. I know, funny last name. The kids used to tease me all the time. So I stayed to myself. I studied hard and got good grades. When I got older, I realized that I wanted to be a doctor. I went through college, medical school, internship, residency, and finally got my degree, so I was Fred Dingaling, MD."

"After a while, I got bored being a doctor, so I returned to school. Dentistry was my dream. I got all the way through school and got my degree, so I was now Fred Dingaling MD DDS. Got bored doing dentistry, so I started fooling around with my assistant."

"Then the VD took away my dingaling, so now I'm just Fred."

The officer let him go without even a warning. 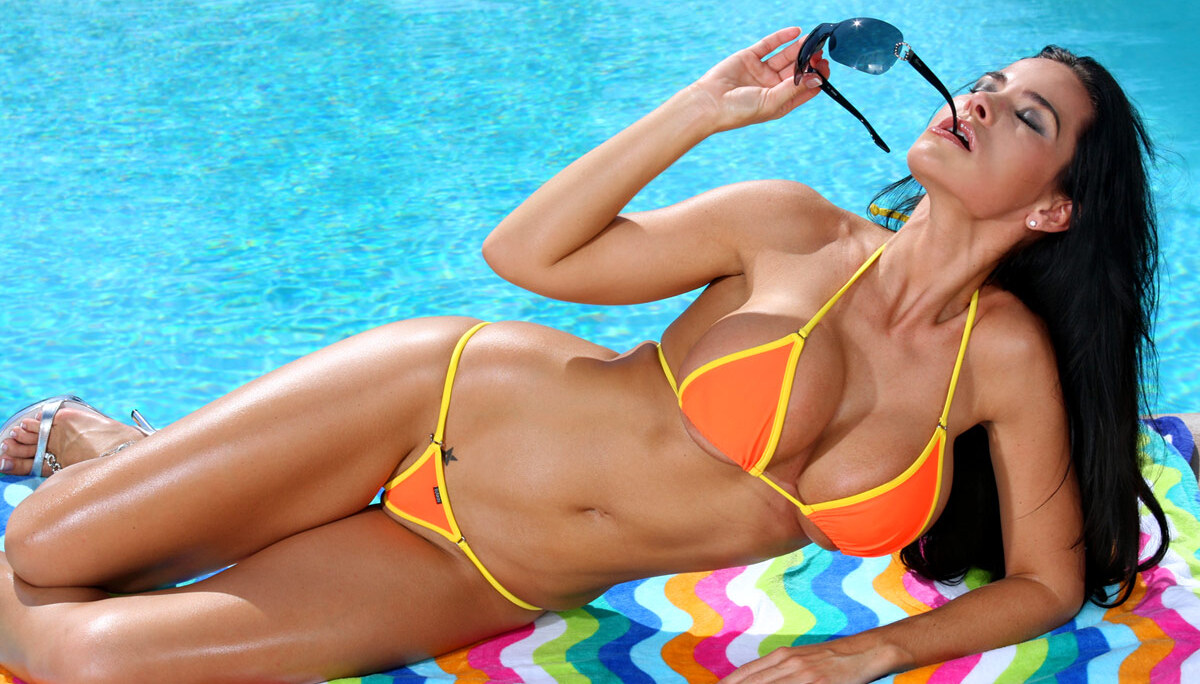 A husband leaves the house to pick up dinner for himself and his wife. Shortly after leaving, the doorbell rings. It is her husband's best friend, and she invites him in. Since she is in her bathrobe, the man says to her, "you have the nicest breasts."

She says, "thanks, but my husband would be mad if he heard you." He replies, "I would pay you $50 just to see one of them." She thinks for a minute and decides to do it.

He says, "Wow, that is the most perfect breast I ever saw... I will give you another $50 if you show me both at the same time."

She does it, and he gives her the money. The friend leaves, and her husband comes home. She says, "your best friend just stopped by." He answers, "Great. Did he leave the $100 he owed me?" 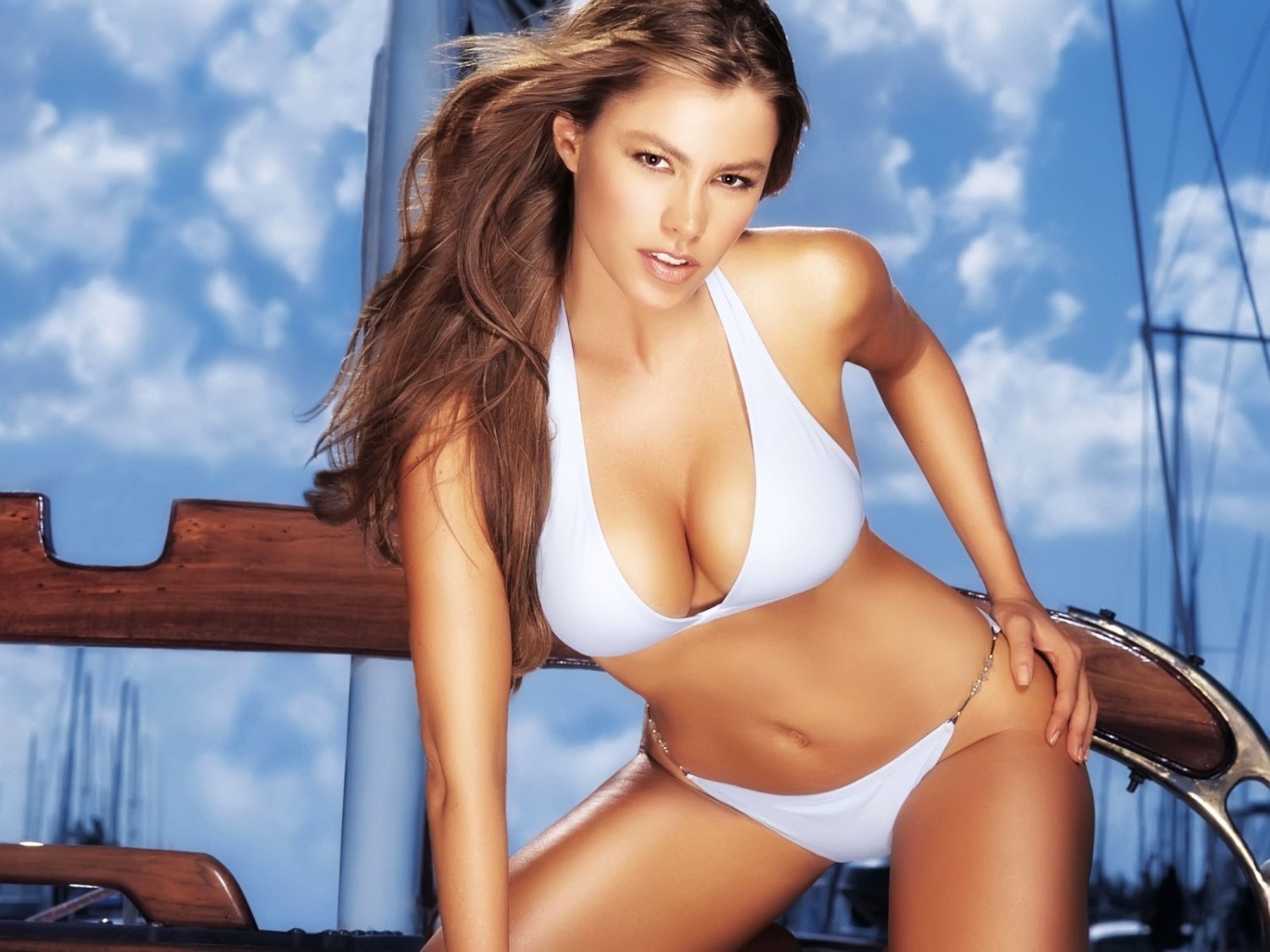 A man buys a lie detector robot that slaps people who lie. He decides to test it at dinner. 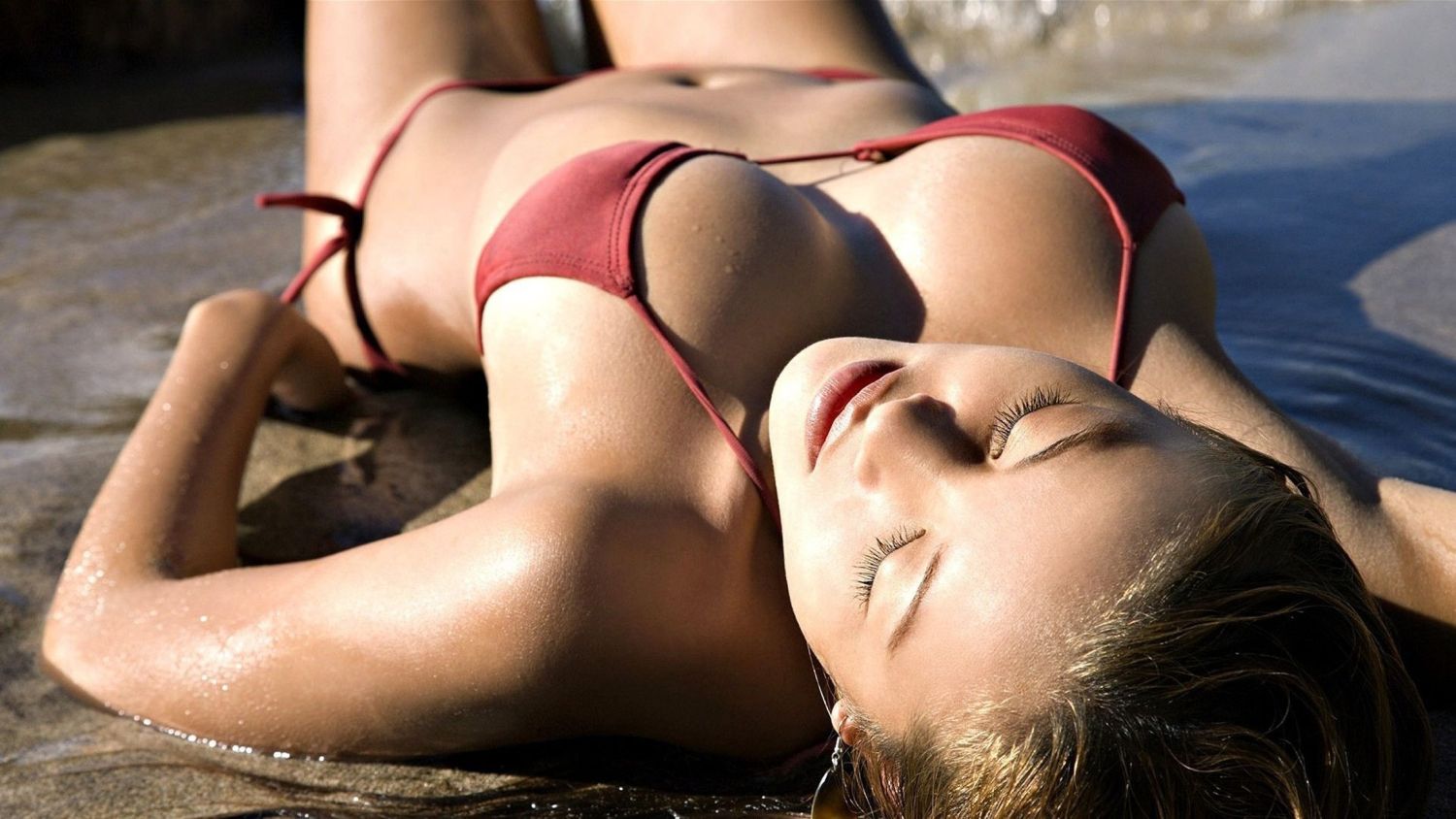 A husband and wife had been fighting for 3-4 days. The next morning they got up and were still not talking. The wife broke the silence by saying she had a dream last night. The husband asked her about what. She said she had a dream she was at an auction.

They were auctioning off Penises. The little ones went for $500.00, and the big ones went for $1000.00. The husband throws out his chest and curiously asks what one like his went for. His wife told him bluntly that they were giving them away as door prizes!

Her husband nonchalantly brushes this aside and tells his wife, "I had a dream last night too. They were auctioning off P*ssys. The loose ones went for $500.00, and the tight ones went for $1000.00."

Not quite thinking he would come back at her, the wife asked him how much one like hers sold for. The husband replied:

"They didn't sell yours... where in the hell do you think they held the auction?!" 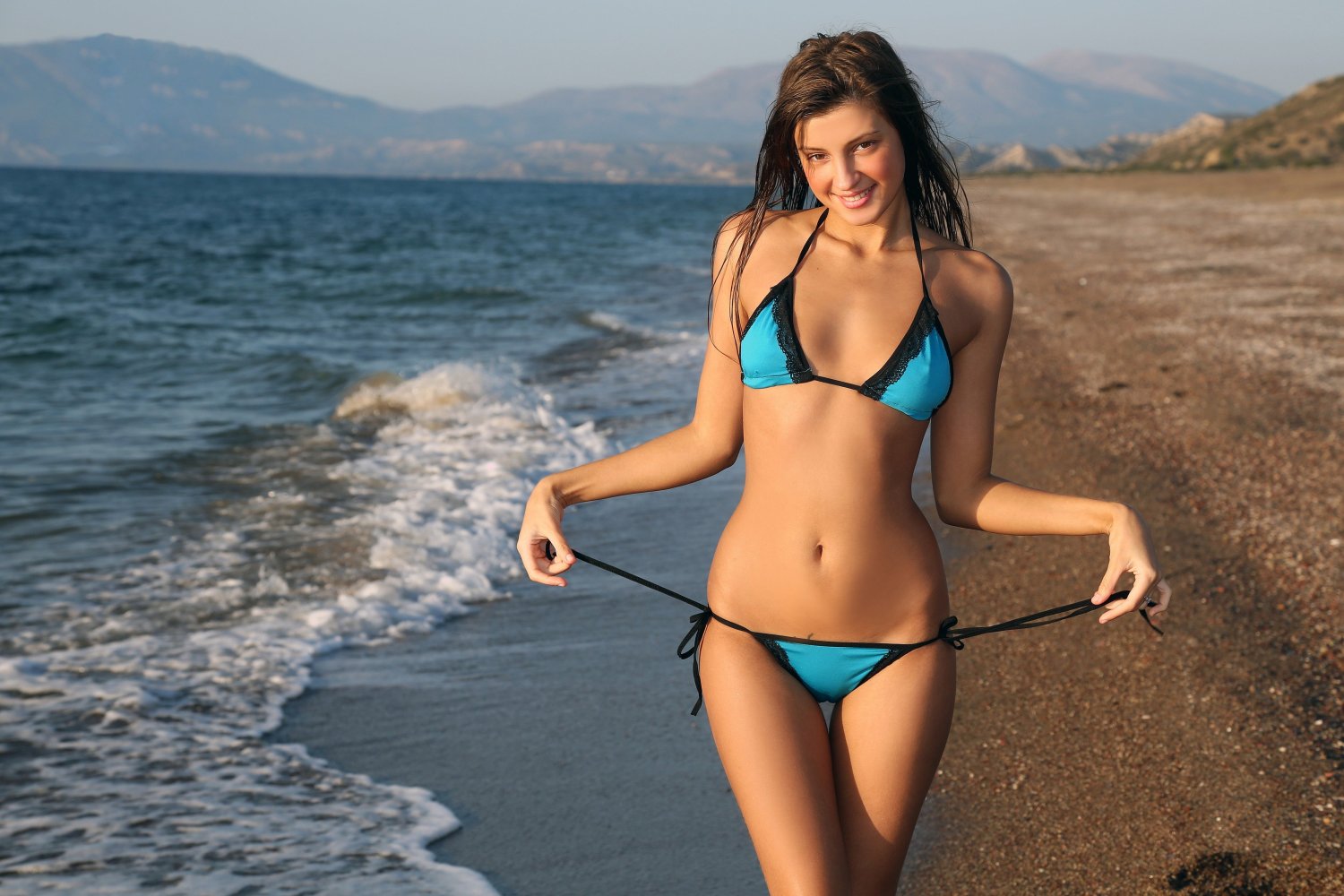 After several years of serving the church in a faraway land, a priest is requested to report to his new assignment at a church in the South Bronx, New York. He set out immediately to learn the new culture by taking a walk down the street in plain clothes.

On his way, a loose-looking woman approaches him and, in a lowered voice, says, "Hey Buddy... blow job 25 bucks."

The priest glares at her, confused, and says, "What's a blow job?"

The woman is just as confused and says, "What are you, a comedian?" and walks off.

The priest, undaunted, walks on to the next block, and again another seedy-looking woman confronts him and again repeats,

"Hey, mister, blow job 25 bucks." The priest quickly replies, "What is this blow job!?" The woman looks at him, surprised and thinking something's wrong and hurries off.

The priest, now very curious, returns to the church to ask anyone he can find what exactly a "blow job" is. The priest sees the mother superior and says, "I have a question -- What's a blow job?"

Mother superior quickly goes to shut the door, and upon returning to her seat, she replies in a whisper. "Same as on the outside... 25 Bucks." 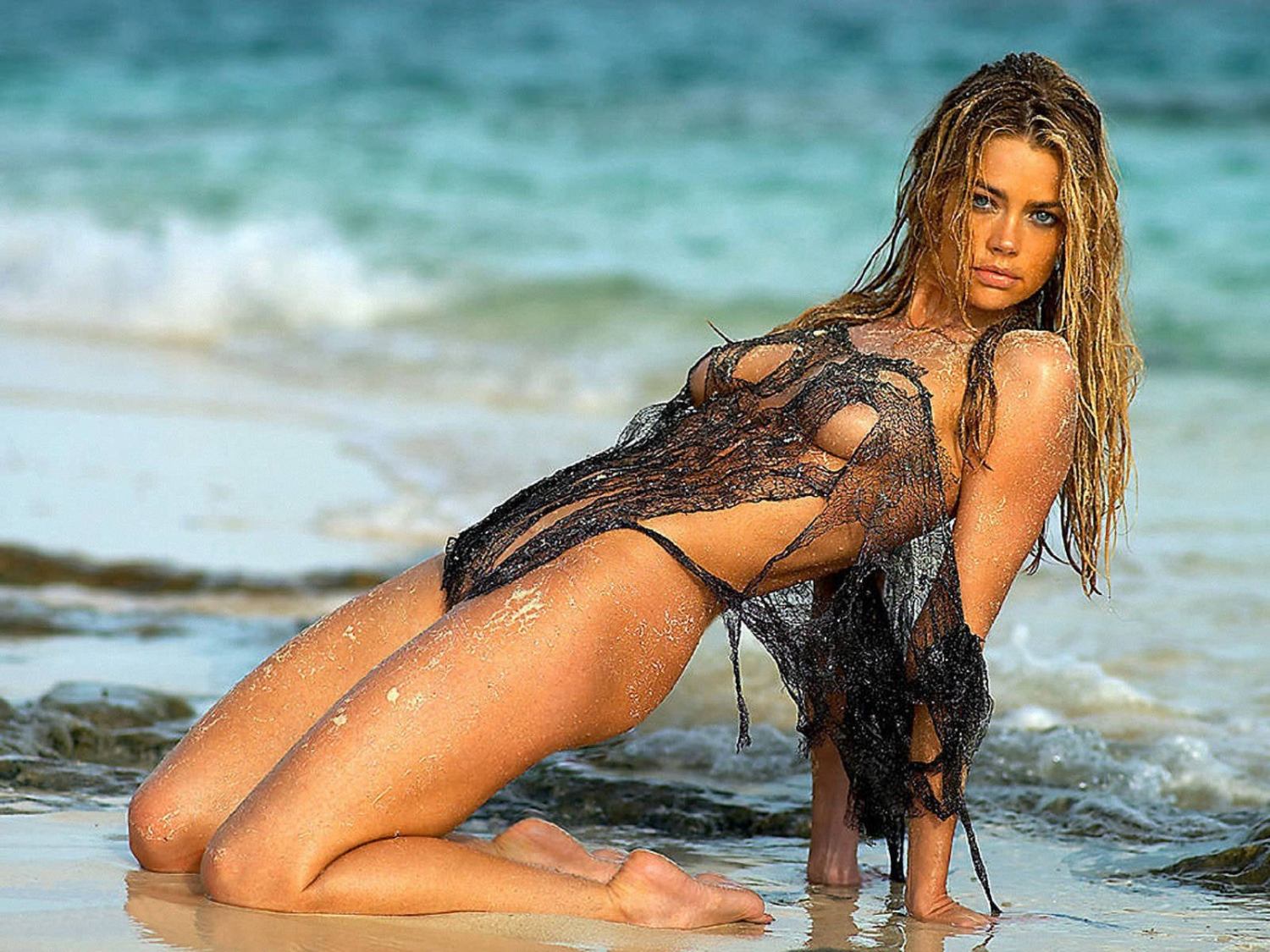 An old man and his wife have gone to bed. After laying there a few minutes, the old man farts and says, "Seven Points. "His wife rolls over and says, "What in the world was that?" The old man replied, "It's fart football!"

After about five minutes, the old man farts again and says -"Touchdown, I'm ahead 14 to 7!"

Not to be outdone, the wife rips another one and says, -"Touchdown, tie score!" Five seconds go by, and she lets out a squeaker and says -"Field goal, I lead 17 to 14!"

Now the pressure is on, and the old man refuses to get beat by a woman, so he strains real hard but to no avail. Realizing a defeat is totally unacceptable, he gives it everything he has but instead of farting, he poops on the bed. The wife looks and says, "What the heck was that?" 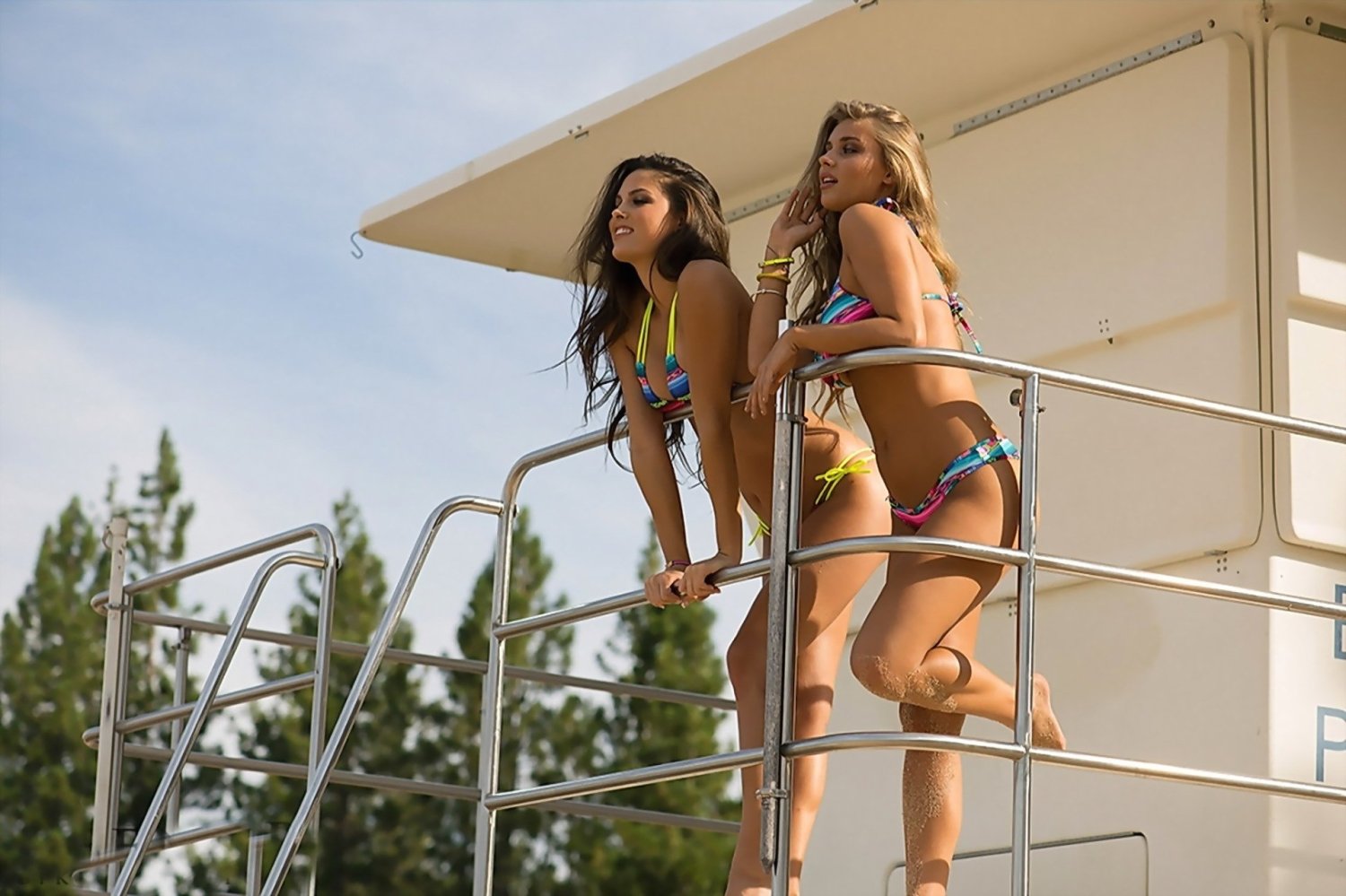 One day John decides to invite Mark on a trip on his private jet. While on this luxury airplane, Mark asks where the toilet is. John shows him and says, "inside, there are 3 buttons. Whatever you do, do not press the third one."

Mark proceeds to the toilet and does his business. While sitting on the toilet, he presses the first button. Suddenly his privates are cleaned thoroughly.

He enjoys this and presses the second button. Dryers appear and dry his privates. He is intrigued to find out what button 3 does, so he pushes it.

The next thing Mark sees is John staring at him... "what happened?" Mark asks shakily. "Well, you pressed the third button, and now you are in hospital."

"Why do my privates hurt so bad?" Mark asked anxiously... John replies, "Well, you activated the automatic tampon remover." 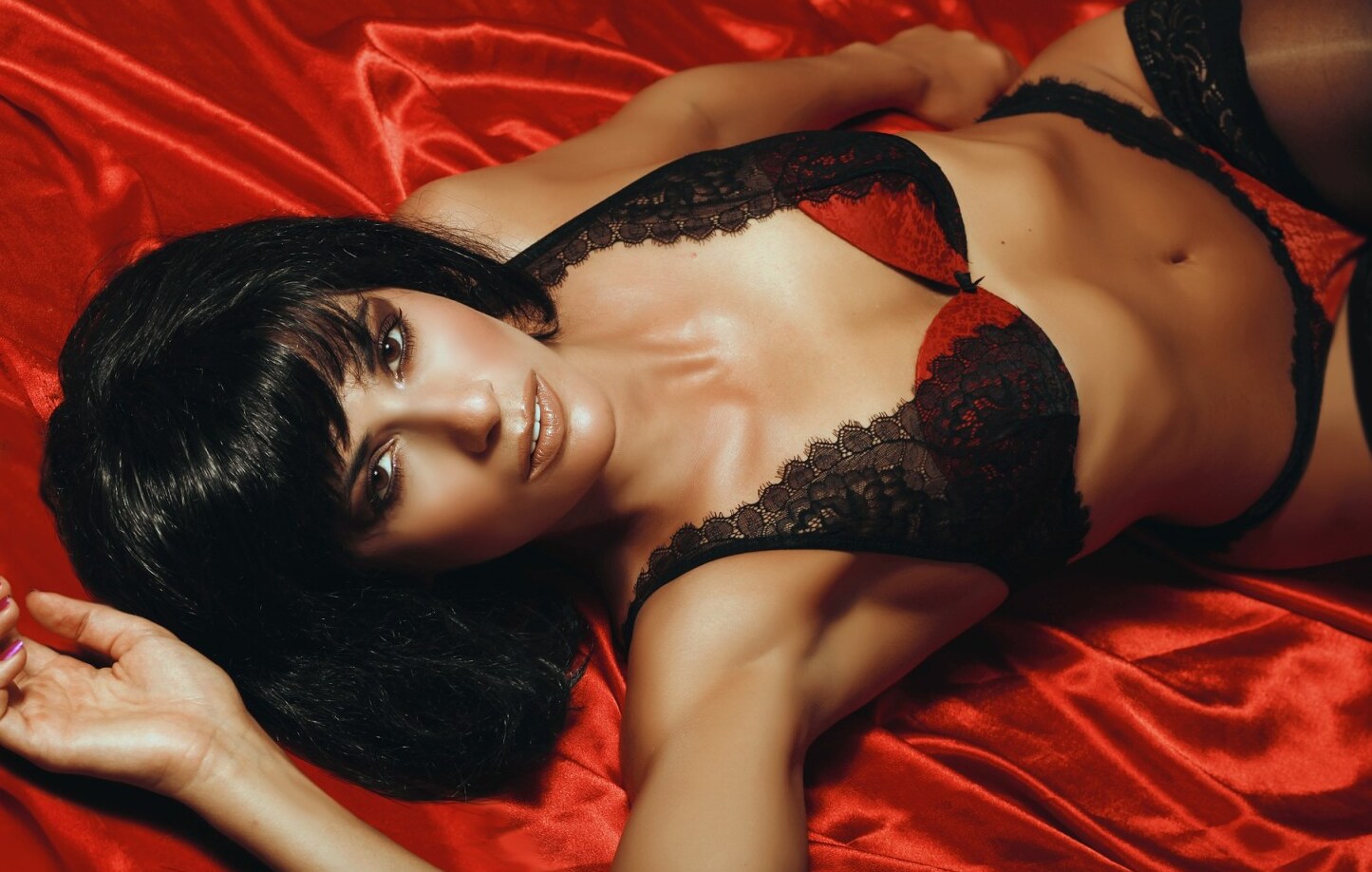 The Madam opens the brothel door to see a well-dressed elderly man standing in the doorway. "Can I help you?" the Madam asks. "I want Natalie," the old man replies.

"Sir, Natalie is one of our most expensive ladies. Perhaps someone else...?"

Just then, Natalie appears and tells the old man that she charges $1,000 per hour. Without so much as a blink, he reaches into his pocket and pulls out ten crisp new $100 bills. The two go up to her room for an hour, after which he calmly leaves.

The following night the old man appears again, demanding Natalie. Natalie explains that no one had ever come back two nights in a row, that there are no discounts, and that the rate is still $1,000 for one hour. But once again, he takes out the money. The two go up to the room, and he calmly leaves an hour later.

No one can believe it when he shows up for the third consecutive night. Again he hands Natalie the money, and up to the room, they go.

At the end of the hour, Natalie decides to question the old man. "I'm not used to having the same customer come back three nights in a row.

"Do you mind if I ask where you're from?"

"Really," replies Natalie. "I have a cousin who lives there."

The Mermaid & The Dead Cow 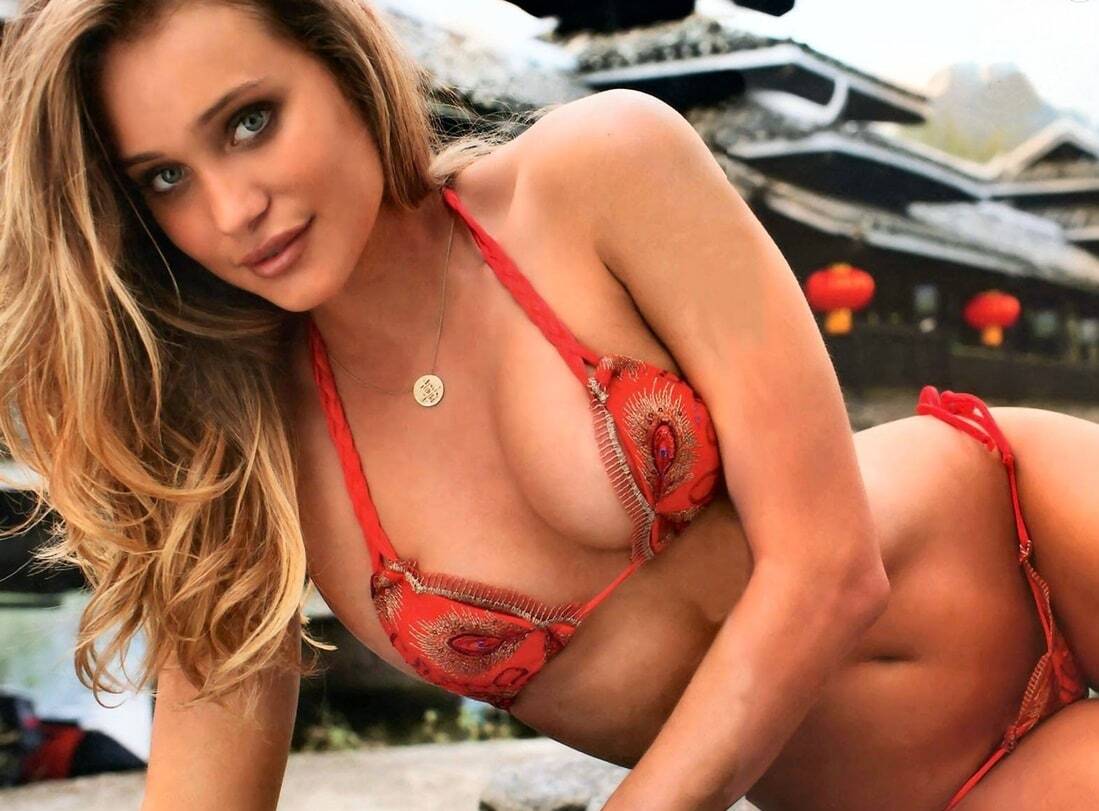 On a farm out in the country lived a man, a woman, and their three sons.

Early one morning, the woman awoke, and while looking out of the window onto the pasture, she saw that the family's only cow was lying dead in the field. The situation looked hopeless to her.

How could she possibly continue to feed her family now? In a depressed state of mind, she hung herself.

When the husband awoke to find his wife dead, as well as the cow, he too began to see the hopelessness of the situation, and he shot himself in the head.

Now the oldest son woke up to discover his parents had died as well as the cow, and he decided to go down to the river and drown himself.

When he got to the river, he discovered a mermaid sitting on the bank. She said, "I've seen all and know the reason for your despair. But if you have sex with me five times a row, I will restore your parents and the cow to you."

The son agreed to try, but after four times, he was simply unable to satisfy her again. So the mermaid drowned him in the river.

Next, the second oldest son woke up. After discovering what had happened, he, too, decided to throw himself into the river.

The mermaid said to him, "If you have sex with me ten times in a row, I will make everything right." And while the son tried his best (seven times!), it was not enough to satisfy the mermaid, so she drowned him in the river.

The youngest son woke up and saw his parents dead, the dead cow in the field, and his brothers gone. He decided that life was a hopeless prospect and went down to the river to throw himself in.

There he also met the mermaid. "I have seen all that has happened, and I can make everything right if you will only have sex with me fifteen times in a row."

The young son replied, "Is that all? Why not twenty times in a row?"

Finally, she said, "Enough!! Okay, if you have sex with me thirty times in a row, I will bring everybody back to perfect health."

Then the young son asked, "Wait! How do I know that thirty times in a row won't kill you like it did the cow?"