The Lobster Boy was a performer for many circus shows but unknown to many, he put on a more sinister show off-stage and behind many preying eyes.

The 20th century was known for many circus shows with unusual performers with rare physical conditions that made people term them "freaks." From the Three-Legged Footballer to The Elephant Man, history has recorded a lot of showpeople who made a mark in the world because they were born different.

One showman, The Lobster Boy, made a considerable mark in the world, but it was not just because he had a claw-like hand. No, he also had a nasty personality and was very blood-thirsty.

The Showman, The Lobster Boy 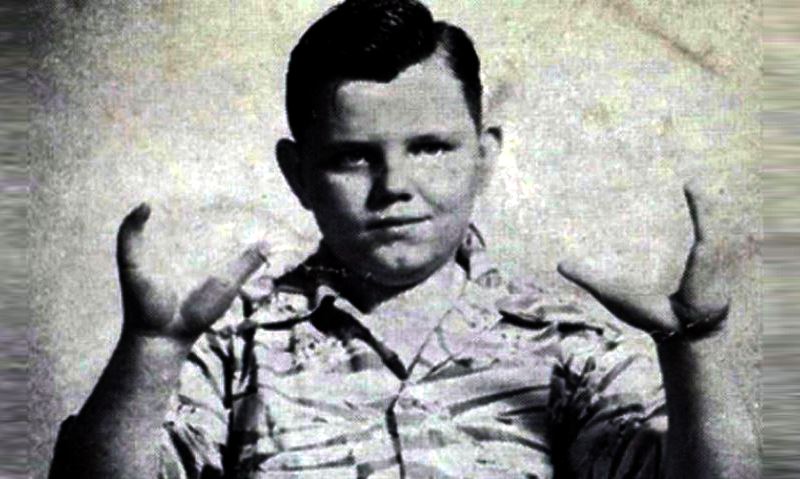 The Lobster Boy, Grady Stiles Jr., was born into a family of performers on June 26, 1937. He suffered from a genetic deformity called ectrodactyly, a family trait dating back to 1840. This condition caused his fingers and toes to be combined in the form of claw-like appendages.

Grady Stiles Jr.'s case was extreme: not only his hands but his feet were also affected by this condition, and in this manner, he couldn't walk.

For most of his life, he utilized a wheelchair and figured out how to use his chest area to pull himself across the floor with considerable strength. 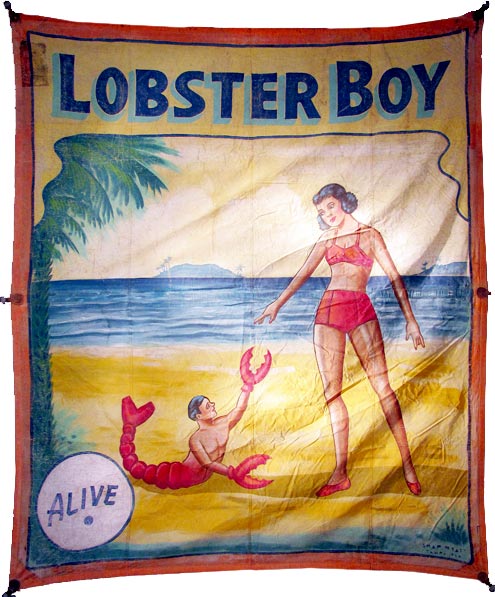 As Grady grew up, he turned out to be very strong, something that would help his murderous fury further down the road.

The Stiles family figured out how to transform the lemons life had tossed at them into lemonade. Although ectrodactyly is a handicap, the Stiles family transformed it into a lucrative chance.

When the Lobster Boy grew older and had a family of his own, he introduced them into the show business, leading them to have the Lobster Family stage name. His two youngest children also suffered the same condition and they toured with him as a group.

Family Life Of The Lobster Boy 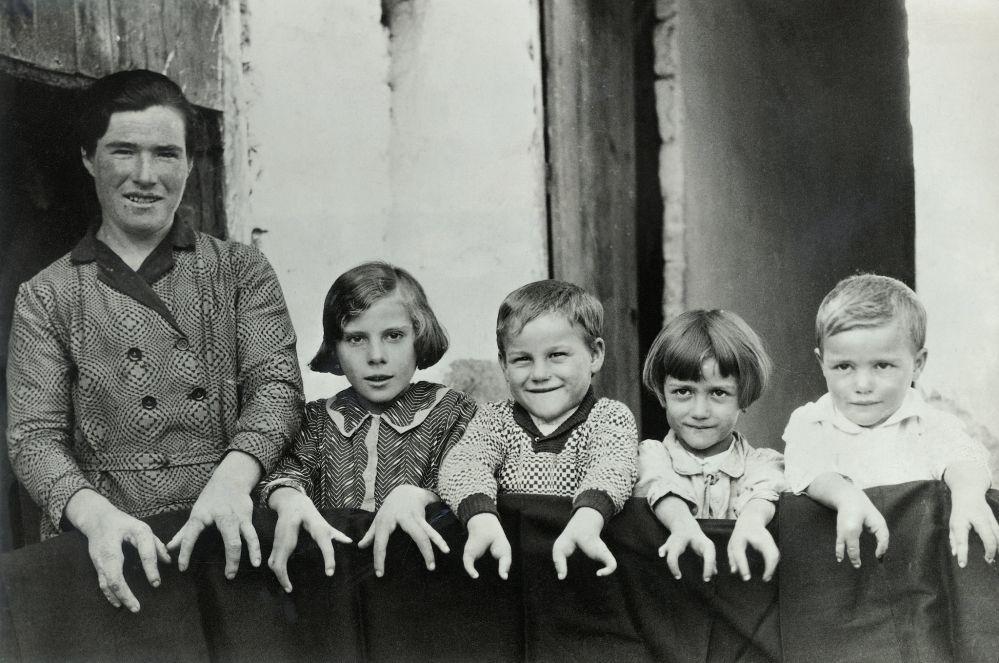 Stiles experienced childhood in this festival world. He grew up in the carnival, lived there, and finally married a fellow carnival worker.

A young lady named Mary Teresa had fled from her abusive home to join the carnival as a teen.

In 1958, she and Stiles got married, and their union produced two kids. One who had the same condition as their father.

After a few years of marriage, Stiles changed from a caring husband to a short-tempered and continuous wife-beater. It led to the end of their marriage the first time.

Stiles got married again, and his new wife gave birth to two children but later got divorced a second time to remarry his first wife, Mary.

The Evil Heart Of The Lobster Boy 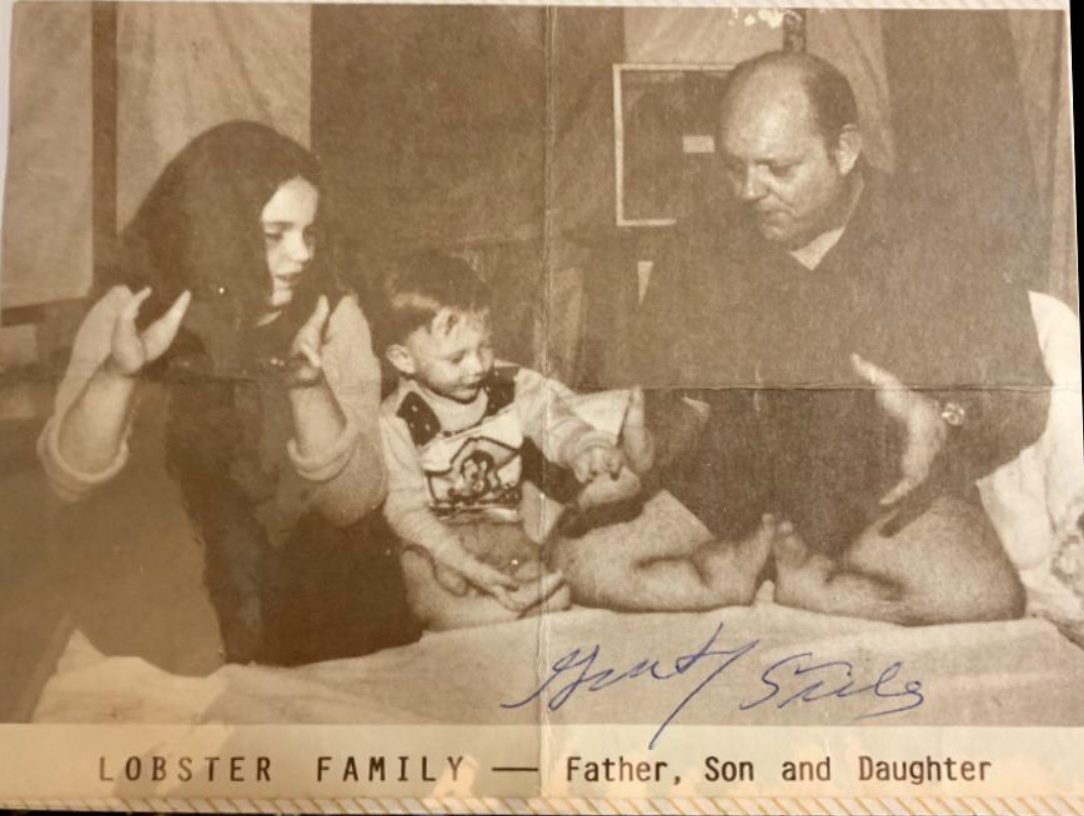 Stiles was an abusive father and husband. He was an alcoholic with a horrible temper. Nobody liked him. Not his wife, not his children, and indeed not his eldest daughter who lost her husband-to-be on the eve of their wedding because her father murdered him.

Lobster boy shot his daughter's fiancé, an eighteen-year-old boy whom he hated because he called Stiles a freak.

He was arrested, and the case was taken to trial, but Stiles was not bothered. He confessed to the crime with no remorse and enough confidence that he would walk away with murder which he did. 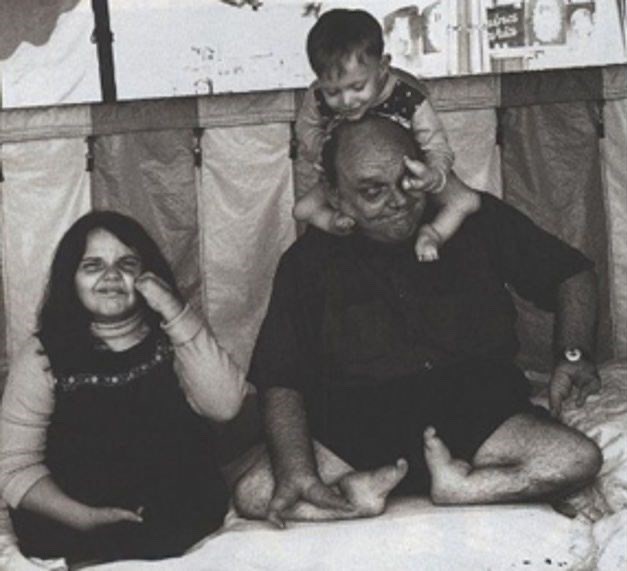 He argued he couldn't be imprisoned because no prison had any provision made to handle his disability. According to his argument, confining him in such a condition will be unjust and cruel. He likewise, at this point, had gained liver cirrhosis and emphysema from long stretches of cigarette smoking and drinking.

The court acknowledged that they had no counter contention, as it was the case that the prisons were not exceptional to manage many disabilities, positively not Stiles' inconceivably uncommon one. So they let him off with 15 years' probation, and he returned home.

But everything became worse for his family because, at this point, he thought he was untouchable.

Lobster Boy Cause of Death 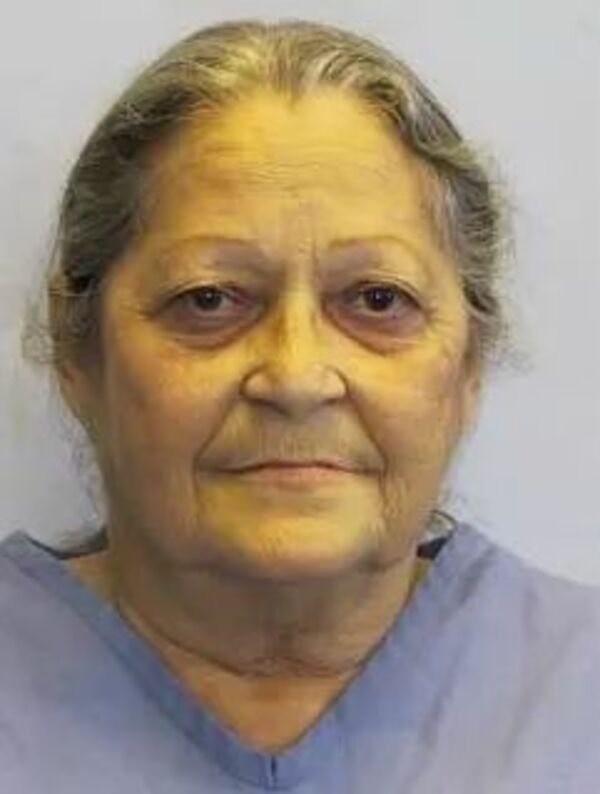 Stiles's family knew him as a monster. One of his daughter's who inherited his condition, described him as "Satan Himself."

Cathy said that a couple of years prior, when she was seven months pregnant, her drunk father took her out of her wheelchair when she tried to stop him from hitting her mom.

The following morning she was hurried to the clinic for an emergency Cesarean section. Her little girl, Misty, was born premature and with ectrodactyly.

The Lobster Boy abused his wife sexually and tried to kill her on many occasions. One night, in his drunken state, he took a knife to her throat and threatened her. 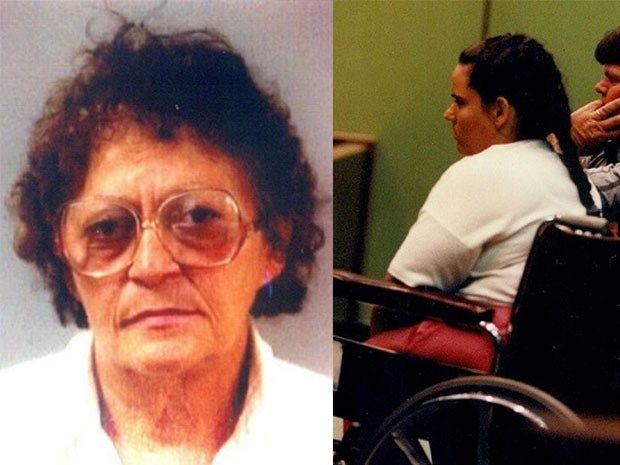 "One of these days, I'm going to kill you and your family, but the time isn't right." Mary quoted him as saying.

Mary knew reporting him to authorities would yield no positive outcome. If he could get away with murder, why couldn't he get away with this? So she took the matter into her own hands. With the help of her son from her second marriage, Harry Glenn Newman III, she arranged his death.

A few days later, a teen neighbor who had been paid $1,500 shot 55-year-old Grady Stiles toward the rear of the head as he sat in his clothing in the family room of his Gibsonton trailer.

The Lobster Family Without The Monster 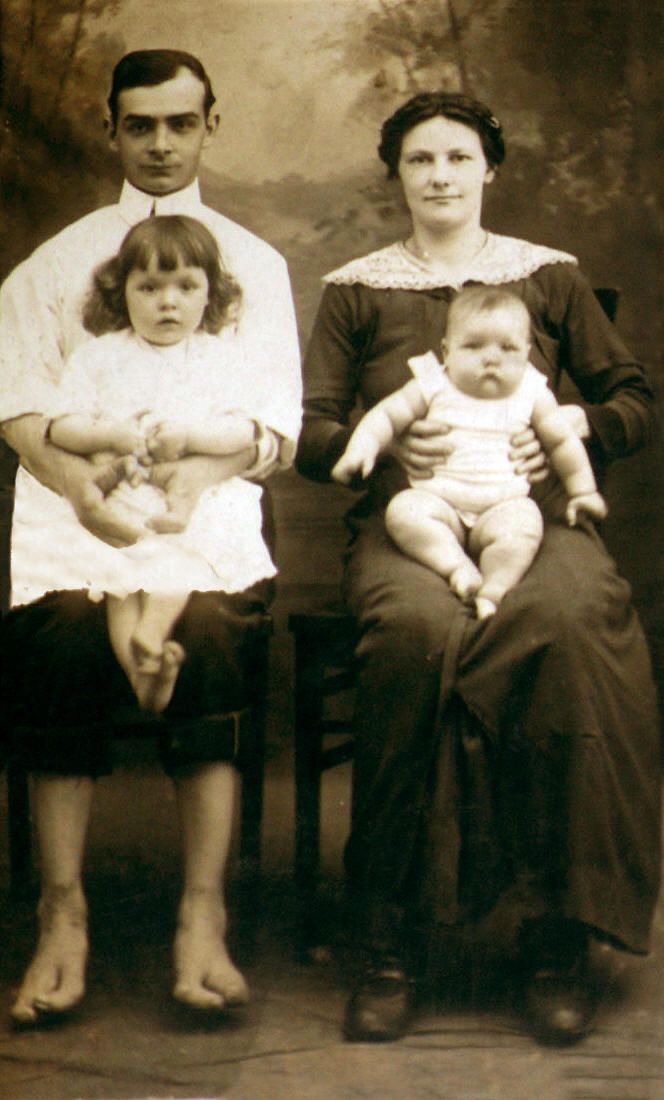 Even after the Lobster boy died, his effect was still hovering around his family. His wife was arrested and convicted for manslaughter and was sentenced to 12 years in prison.

His stepson, Glenn, was found guilty of first-degree murder and sentenced to life in prison without parole.

None of them denied their intentions towards Stiles. They meant to kill him because they genuinely believed it was either him gone or them.

The family members even testified in court about his ill-treatment and wicked temper, but the jurors still found them guilty. According to one of them, it would have been more relatable if she had killed him herself. 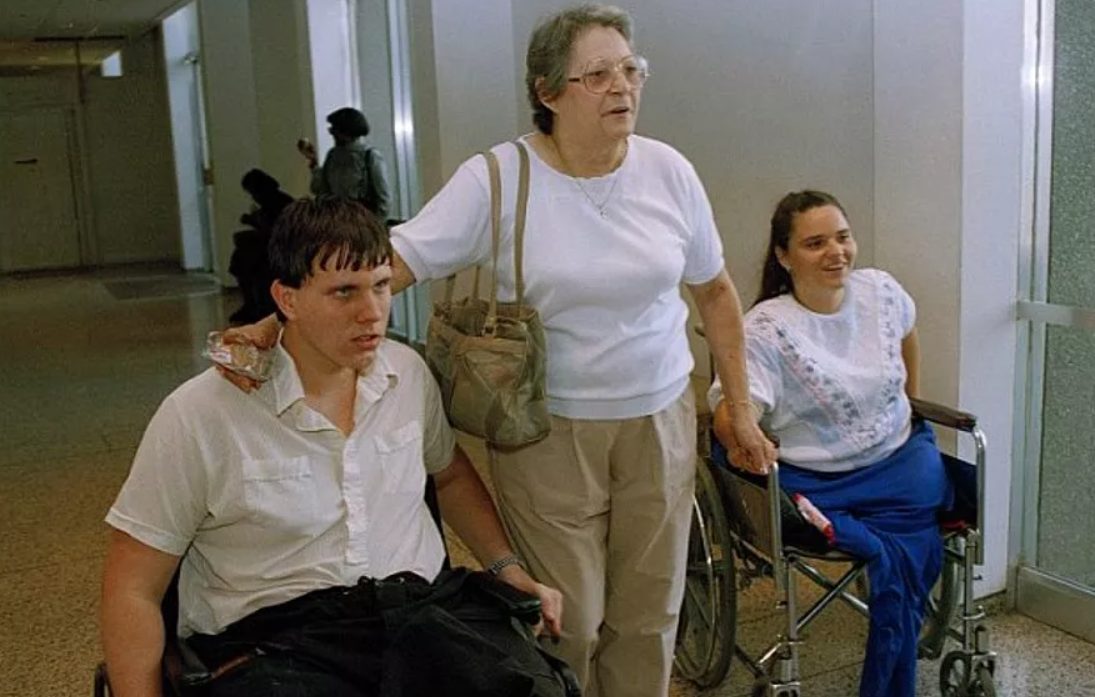 Once in an interview by the Huffington post with the Lobster Boy's son, Grady Stiles III, he expressed that his dad's homicide had not been done in the manner that it had been depicted in the Court hearing.

He expressed that the evening of his dad's demise, his dad had a fight with his mom, who said "something needed to be done." Glenn had caught his mom's proclamations and enlightened Chris regarding it, trusting that his dad would just be threatened and scared, but Chris had proceeded to kill Grady.

No one loved Grady; his brutal nature had estranged many people who had initially cared for him. He was detested by his family as well as by his whole community.

This was unmistakably evident because only ten individuals went to his burial service, and even from those ten that joined in, no one wanted to be a pallbearer.