His funeral, on Saturday, April 17, was a moment many were waiting for as it was the first time we saw Prince Harry and Prince William without any tensions.

It seems that their grandfather's death brought the brothers back to each other. Here's everything that happened before and during the funeral of the Duke of Edinburgh. And though mostly heartbreaking, there was one moment that almost ruined the funeral.

The Prince's Decline In Health

Since 2012, Prince Philip has had several surgeries, a hip replacement, a nasty bladder infection, and most recently, intervention on his heart.

Due to his poor health, he retired in 2017. He served her Majesty for over six decades, making him the longest Consort in the rich history of the British Royal Family.

In February 2021, The Duke went to have another heart surgery. He was in and out of hospitals until the end of March.

Just when we thought he would make it to his 100th birthday, a tragic statement came from Her Majesty.

Celebrities Paying Respect To The Duke

The Duke of Edinburgh was an extraordinary man. His wit, intelligence, often quite offensive humor, yet gentle nature, made him popular and respected worldwide.

Celebrities and fans of the Royal Family shared their grief over social media. People from the military, music business, everyone shared what Prince Philip represented to them:

Tributes From His Family

Philip's oldest son, Prince Charles, was the first family member to speak about the Prince's passing:

"My dear Papa was a very special person who I think above all else would have been amazed by the reaction and the touching things that have been said about him, and from that point of view we are, my family, deeply grateful for all that."

"He was a much loved and appreciated figure and apart from anything else, I can imagine, he would be so deeply touched by the number of other people here and elsewhere around the world and the Commonwealth, who also I think, share our loss and our sorrow."

Prince William shared a photo of his grandpa and his son with the touching caption:

A post shared by Duke and Duchess of Cambridge (@kensingtonroyal)

"He will be remembered as the longest-reigning consort to the Monarch, a decorated serviceman, a Prince, and a Duke. But to me, like many of you who have lost a loved one or grandparent over the pain of this past year, he was my grandpa: master of the barbecue, legend of banter, and cheeky right 'til the end."

The Queen Did Go Back To Work

Despite eight days of mourning the Queen retired to her duties only four days after her husband died.

With all the ups and downs, the couple managed to stay together for 73 years. They have four children.

Since Prince Philip already had his funeral planned out, the best for the Queen and for the country was to go back to work.

In fact, Philip even knew what kind of Range Rover he wanted to be in while he was going to his final resting place.

Prince Harry left his California home, but his wife didn't. Meghan is pregnant with the couple's second child, and her doctor didn't want her to travel during the pandemic. 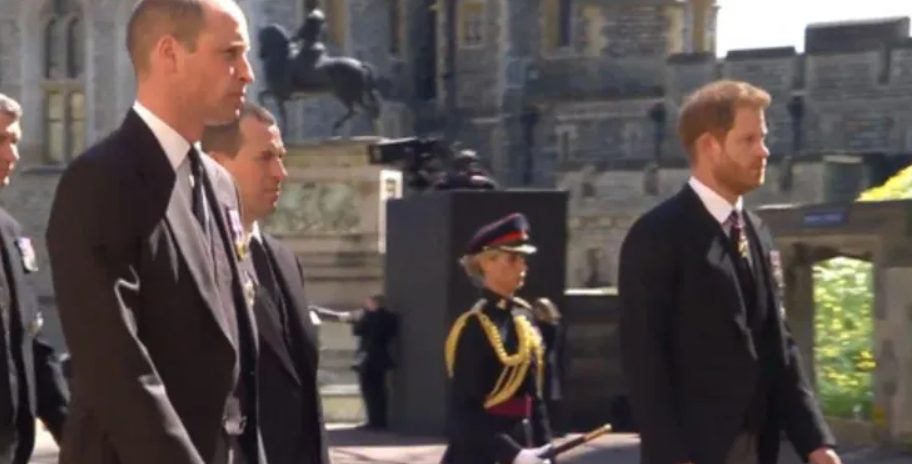 While it was a devastating occasion, the world needed to see what was happening among the feuding brothers.

They were first seen together at the beginning of the funeral, though there was no interaction. Understandably so. However, when they left the chapel, Lady Diana's "boys" seemed comfortable with each other.

The last time we saw them walking behind the coffin was when Lady Diana died back in 1997. Those heartbreaking images are the reason why many people fell in love with the two princes.

The Saddest Moment In The Chapel

Her Majesty, Queen Elizabeth II, lost her rock. She was pictured sitting alone, and it's truly heartbreaking.

The photo that is already part of the British Royal history shows that Royals are just humans after all.

So incredibly sad to watch Her Majesty The Queen take her place as God Save The Queen plays. What a beautiful service – worthy of the man himself.

To see Her Majesty the Queen alone like this at her husband’s funeral is both moving & disconcerting. She should be comforted & supported by those closest to her. Just a sense of occasion taking over the human need to grieve & be comforted. #PrincePhilip #PrincePhilipfuneral pic.twitter.com/GPbAdrMPVr

The Queen's Final Message To Her Beloved Husband

Her Majesty wrote a note to her late husband. It was placed on his coffin. She signed it with a nickname Prince Philip gave her when they met: Lilibeth.

One last token of her love: Queen Elizabeth II chose the flowers laid on top of Prince Philip's casket, along with a handwritten note. ❤️ https://t.co/XpIIsNENTT pic.twitter.com/PFMEw1qXjD

On Prince Philip’s coffin there was a wreath of white flowers and an handwritten note by The Queen ❤️ pic.twitter.com/6ZCZViE5hE

No one knows what's in this note, but we sure do feel like part of the Queen left with Prince Philip.

The Scene That Almost Ruined Everything 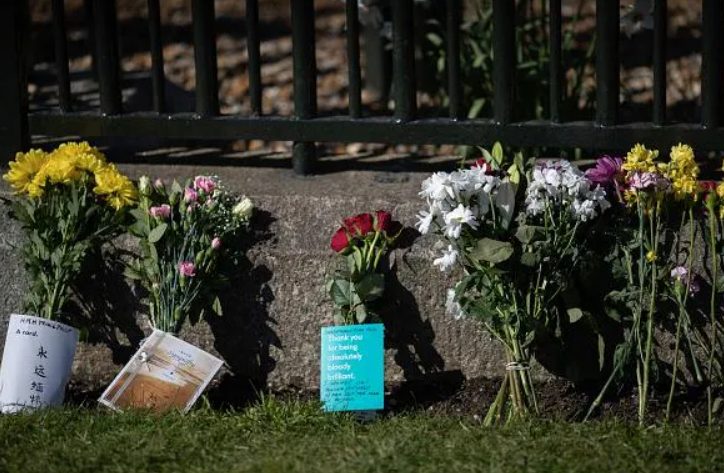 It was both heart-wrenching yet heartwarming to see a family reunited. The Queen chose to sit alone, but she has many loving and supportive members of the family to rely on.

However, luckily, what you didn't get to see on TV had nothing to do with the funeral, but it happened almost at the same spot. And people were furious!

Before Prince Philip's was laid to rest in the Royal Vault at St. George's Chapel, the Dean of Windsor ordered a minute of silence in remembrance of Queen Elizabeth's Consort.

However, that moment was interpreted by a semi naked woman running and screaming, "Save the Planet!"

The woman even jumped on the statue of Queen Victoria. The police were there, and peace was restored. Yet, though her cause is worthy, this protestor certainly should know that this is a family in mourning. 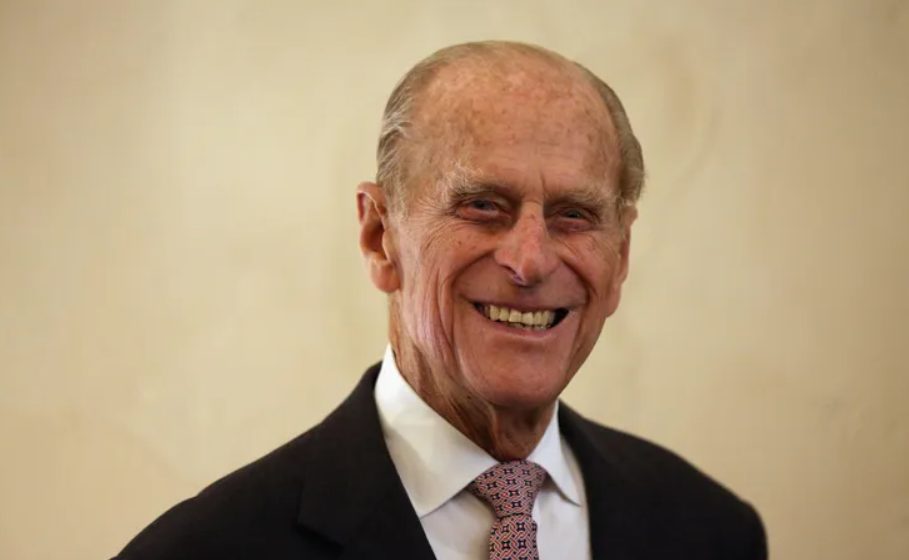 We are sure that The Duke would find a joke in it. We're just not as witty as Prince Philip.

May He Rest in Peace.