As many as 50 women from Arizona and New Mexico lost their lives at the hands of David Parker Ray, also known as the Toy Box Killer. The elusive monster tortured and killed his victims inside his trailer for many years before he was finally caught.

It is estimated that he would kidnap, torture, rape, and kill about five to six girls every year and that he would keep them captive for up to four months before killing them. While in his hands, the women were also tortured and raped by his friends, girlfriend, and even dogs.

Ray was also fond of recording his victims during torture and playing the tapes back to them when they were conscious.

The Woman That Got Away And Ended Ray's Reign Of Terror 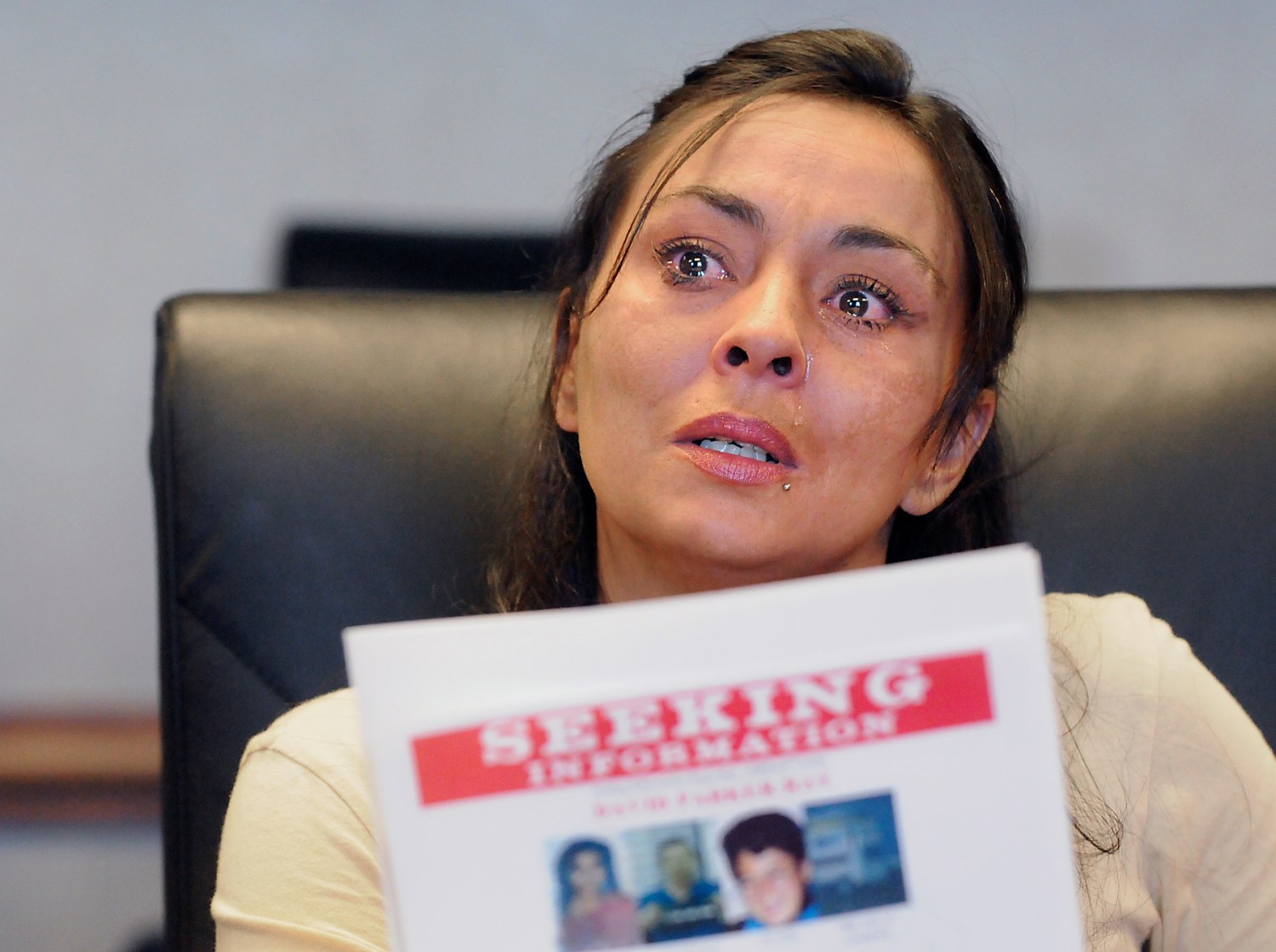 Ray had an ingenious way of hunting his victims. For instance, when he approached 22-year-old Cynthia Vigil as he posed as a cop, arresting her for solicitation of prostitution. He then guided her to the back of his trailer.

Ray even put handcuffs on her before putting her in his soundproof trailer, which he referred to as a "Toy Box."

While there, he chained her to a table, and for the next three days, he raped and tortured her. His girlfriend and partner in crime, Cindy Hendy, helped him commit the assaults.

Cynthia was whipped, shocked, and sexually assaulted, but not before she was made to listen to a recording explaining the horrors she would have to endure. The tape stated that Cynthia had to call Ray "master" and his girlfriend Hendy "mistress" and only speak when spoken to. The blood-curdling recording also detailed how the rape and torture would be carried out. The tape said in part:

"You have been taken by force, and you're going to be kept and used by force. What all this amounts to is that you're gonna be kept naked and chained up like an animal, to be used any time we want to, any way that we want to. And you might as well start gettin' used to it, because you're gonna be kept here and used until such time as we get tired of f**kin' around with you."

Apparently, he also explained that she would never see her family again and that he would kill her like all the rest.

In truth, Cynthia was one of the lucky ones because he got away. According to her, how Ray dealt with her told her that it was certainly not his first time. 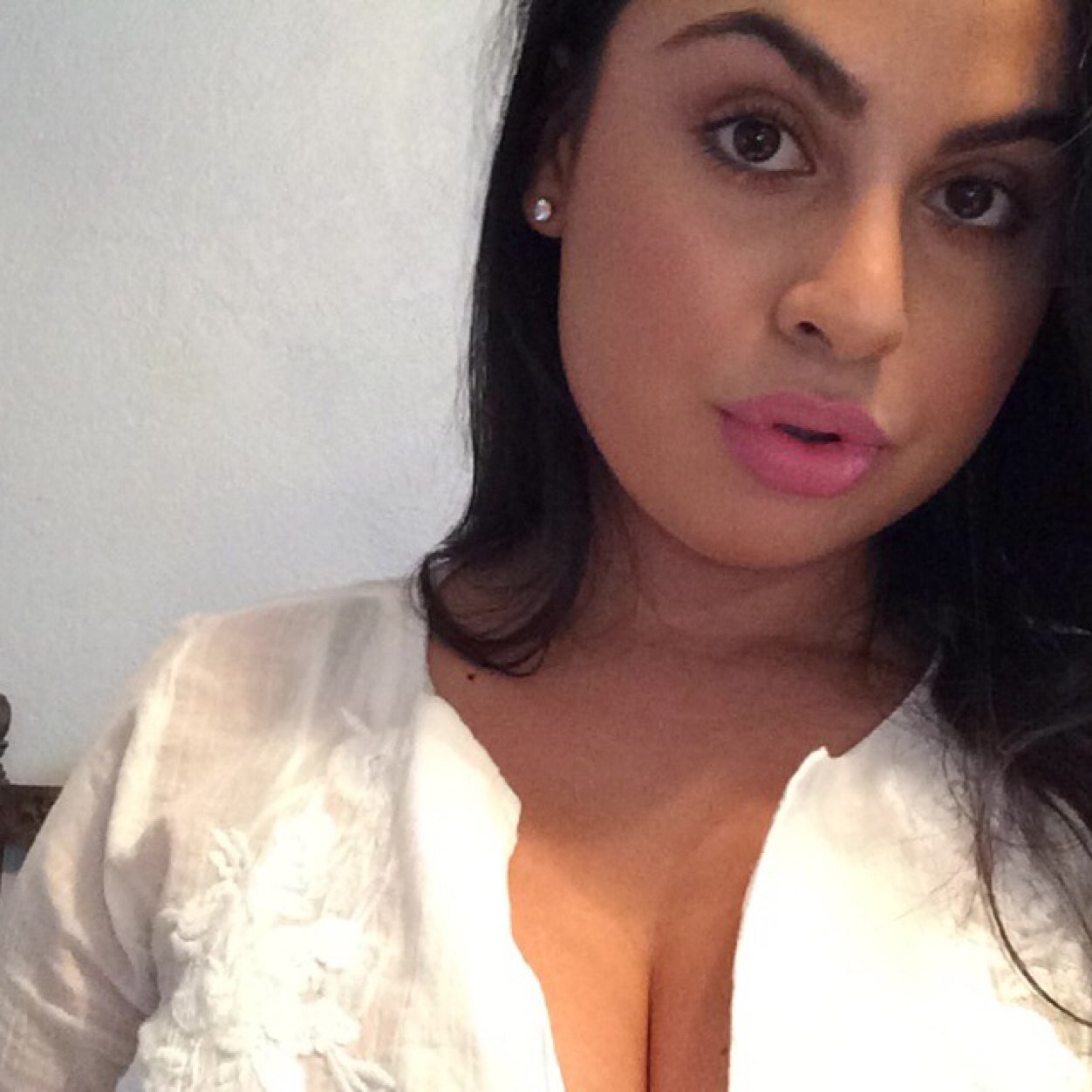 Cynthia actually spent three days there, but one day, as Ray was at work, Hendy left the keys to her restraints on a nearby table. When Hendy left briefly to answer a call, Cynthia got the keys and freed her hands. Hendy happened to get back into the trailer and tried to stop her. Cynthia managed to stab her in the neck with an icepick as she got close. Hendy had broken a lamp on Cynthia's head.

When she ran out of the trailer, she was wearing nothing but a slave collar. She also had padlocked chains on her and was covered in blood. The desperate escapee knocked on the door of a nearby mobile home, and the owner ushered her in and called the cops. Ray and Hendy were quickly put under arrest.

According to a witness, Cynthia was a mess:

"I thought someone was chasing her, but I didn't see anyone… She just looked wild."

Life Before He Turned Into A Monster 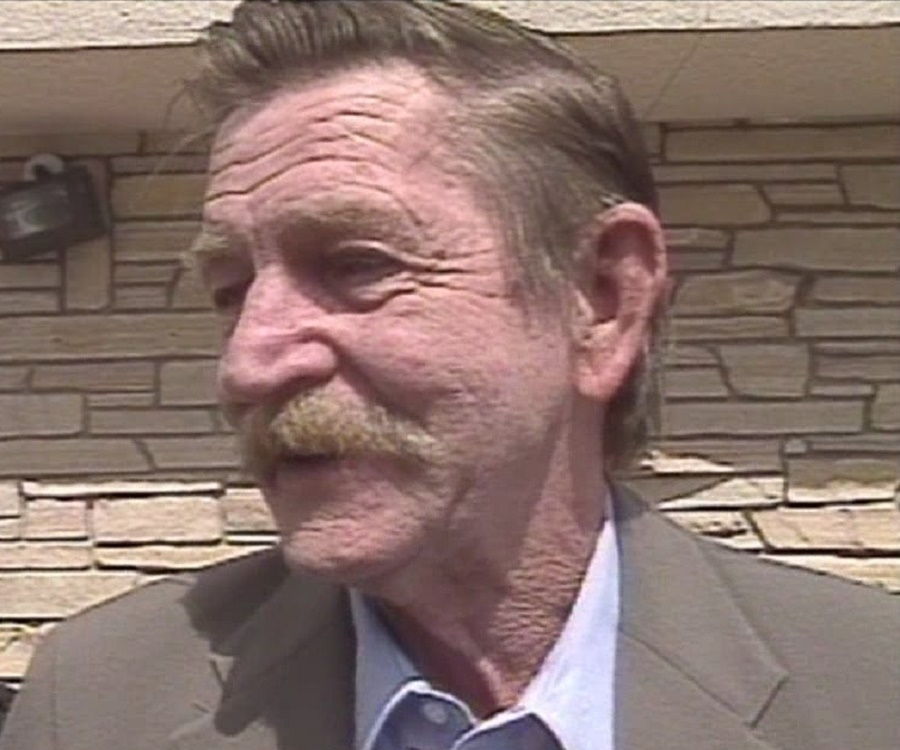 Ray was mostly brought up by his grandfather following his birth in New Mexico in 1939. He would occasionally see his alcoholic and violent father, who often beat him up. His grandfather was a disciplinarian.

He was a shy boy around girls and often bullied. Over time, he developed insecurities, which he tried to hide behind alcohol and drugs.

As a teenager, he got sexual fantasies about raping, torturing, and killing women. His sister even stumbled on his shocking drawings of these fantasies.

Throughout his life, he married and got divorced four times. He also entered the army and was honorably discharged.

It is believed that he started killing in the mid-fifties. He got away with his crimes until Cynthia got away. 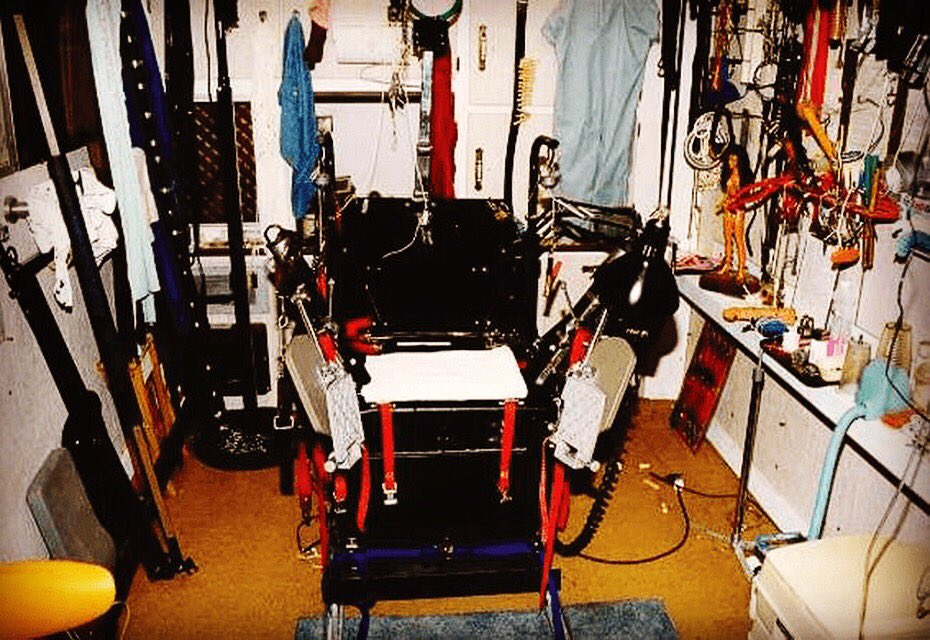 Once Ray was behind bars, the police got a chance to look at his trailer, which was also his home. What they discovered was unsettling.

The trailer had a gynecologist-type table with a mirror on the ceiling so that the victims could watch themselves getting tortured. They found whips, straps, leg spreader bars, saws, sex toys, clamps, pulleys, and surgical blades on the floors.

The trailer additionally had a wooden contraption that would bend the victims over and immobilize them as they were getting raped.

As if that was not horrifying enough, the wall had diagrams showing various torturing methods and causing pain to the captives. The police also found a tape that showed a scared woman being raped and tortured by the murderous pair.

After the truth about Ray came out, it became apparent that Cynthia was not the only woman to get away after being tortured by the killer.

Angelica Montano, an acquaintance who had visited his house to borrow some cake mix, ended up getting drugged and tortured as well. 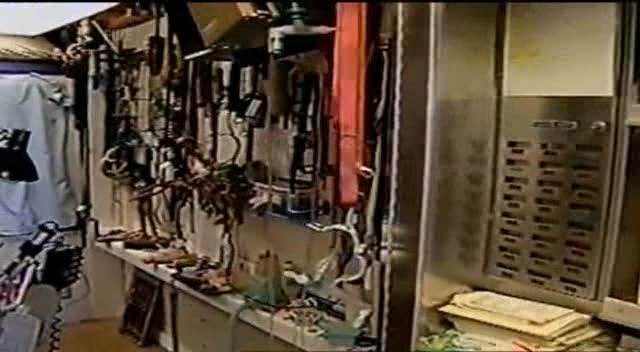 She was then left by a highway in the desert where the police found her. However, no follow-up was done on the case until the culprit was finally caught.

One of Ray's tricks was to use drugs that would induce memory loss, such as sodium pentothal and phenobarbital. For that reason, his victims had a hard time remembering what they went through while in his hands.

With testimonies from two witnesses, evidence was quickly stacking up against Ray and his accomplice Hendy. Hendy quickly started sharing details about the murders. She even revealed that Ray had even gotten assistance from his daughter Glenda Ray, who helped him with abductions and murders.

Apparently, another friend of Ray, Dennis Roy Yancy, had also helped him with his crimes. For instance, when Marie Parker was abducted, drugged, and tortured by Ray and his daughter Glenda in 1997, it was Yancy who killed her.

The Horrified Woman In The Video 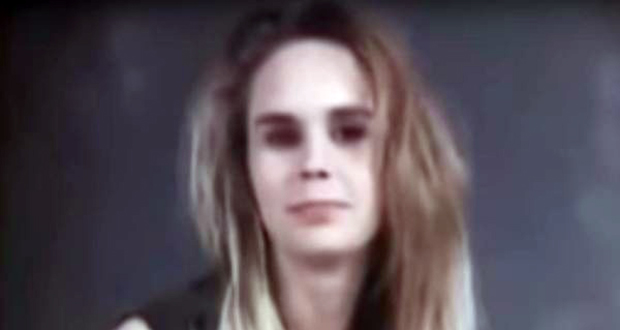 The terrified woman in the torture video the police found turned out to be Kelli Garrett, who was formerly Glenda's friend.

Garrett had gotten into a fight with her husband and played pool at the local saloon with Glenda. However, Glenda put a roofie in her beer before she and her father, Ray, put a dog collar on her and took her to his trailer.

While in his trailer, she was raped and tortured by Ray for two days while on date-rape drugs. After these horrors, Ray slit her throat and threw her body by the roadside.

Strangely, Garrett was not dead. However, her story was too strange to believe, even by the police and her husband.

Garrett's husband thought she had cheated on him and filed for divorce. Unfortunately, she could not remember all that happened to her due to the date rape drugs she had been given, but she recalled getting raped by Ray. 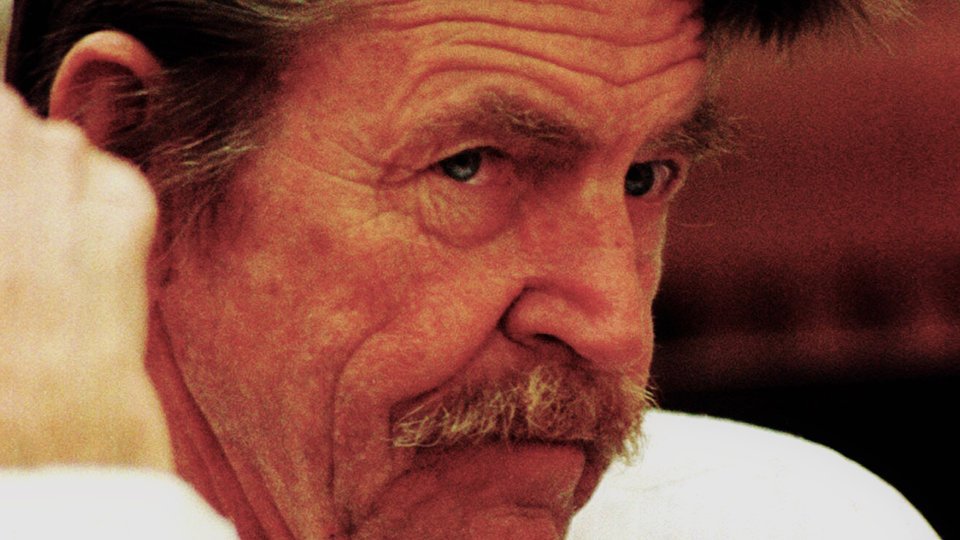 Ray managed to win the two cases against him but got 224 years in jail for the abductions and sexual tortures of these three women.

Three years into his sentence in 2002, Ray died of a heart attack. At the time, he was at the Lea County Correctional Facility in New Mexico and was about to be interrogated by the state police.

Police were able to determine that Ray had killed at least 50 women based on the evidence found on his trailer. This included diaries where he detailed the women's murders and many unidentified personal effects and jewelry.

Unfortunately, police could not open cases for them as they have not been able to find where the killer took the bodies. The police are still looking into where he took the bodies of his victims many years later.

It is believed that he got away with so many of his crimes because he committed them on women he was dating. Ray's life was turned into a film, Toy Box, showing his life as a sexually sadistic serial killer. 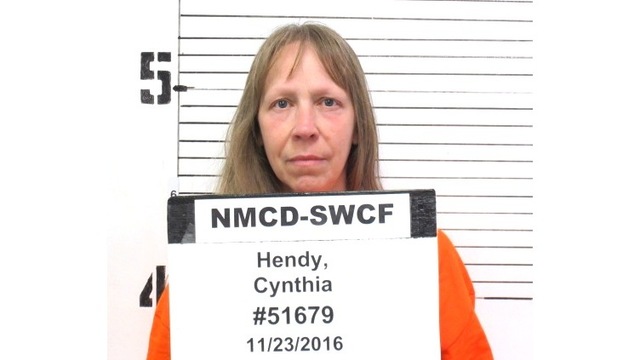 Hendy got 36 years in prison, while Glenda Ray got 9 years of imprisonment for her crimes. Dennis Yancy got two 15-year prison sentences for second-degree murder and conspiracy to commit first-degree murder.

Yancy was paroled in 2010 after serving 11 years in jail. However, after violating his parole three months later, he was arrested and had to complete the rest of his sentence, which was supposed to end in 2021.