The myth of the White Pyramid started during WWII with reports, particularly from pilot James Gaussman, of a large "White Pyramid" near Xi'an, China. Gaussman allegedly saw the pyramid, which was said to have a jewel-topped cap, during a flight between China and India in 1945. 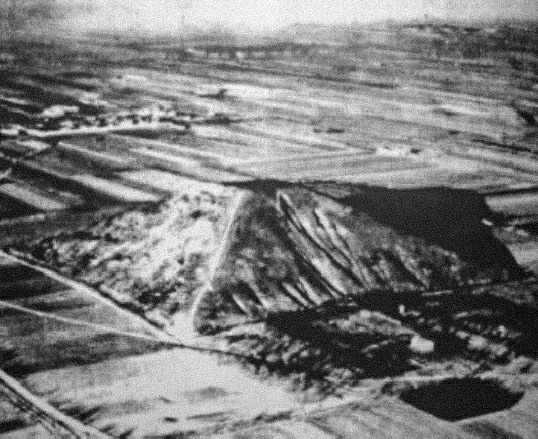 The White Pyramid was not only believed to be the largest in the world, but also reportedly surrounded by numerous smaller pyramids, some of which were said to be nearly as tall.

Walter Hain, a writer and scientific author, describes James Gaussman's encounter with the pyramid in his writings. Gaussman was flying back to Assam, India from "Burma Hump" which was a route that supplied from India to Chungking, China when engine failure caused him to fly at a low altitude over China and that's when he saw the pyramid.

"I had to turn my plane to avoid a mountain and as we came out of it, I saw a flat valley with a massive white pyramid standing right there. It looked like something out of a fairy tale. The pyramid was covered in a shiny white shell that seemed to be made of metal or a white stone. It was completely white on both sides."

"The top of the pyramid was astounding, it was a huge piece of jewel-like material that could have been crystal. We couldn't have landed even if we wanted to because of its enormity. It left us speechless." 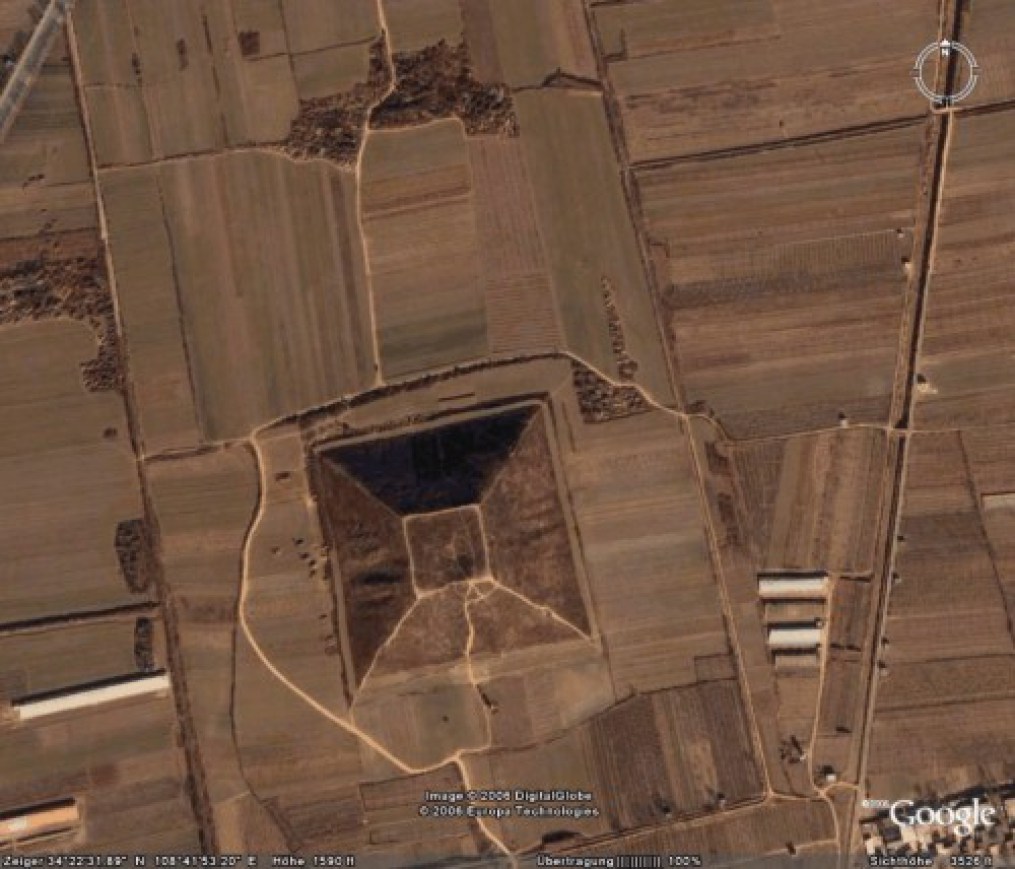 The New York Times covered the story of the pyramid and published an article about it on March 28, 1947. Colonel Maurice Sheahan, Director of Trans World Airlines' Far Eastern division, in an interview said he had seen a huge pyramid 40 miles southwest of Xian. The same newspaper also published a photo two days after the report, which was later attributed to James Gaussman.

The photographs taken by James Gaussman of the large pyramid were not made public for another 45 years. His report was kept in the Secret Service archives of the US military and was not available until then. Many researchers and explorers have attempted to find the White Pyramid of Xi'an, but all have been unsuccessful.

Some suggest that the White Pyramid may be concealed in the rugged terrain of the Qin Ling Mountains, among its high peaks and deep valleys.

In 2000, the Chinese government recognized around 400 pyramids located north of Xi'an, however, the White Pyramid was not among them. Many of these sites were excavated revealing tombs designed more like Mesoamerican pyramids, which are different from Egyptian pyramids as they have flat tops and are covered with vegetation.

The pyramids were used as tombs for ancient members of China's royal class where they were buried for eternity. Most of these pyramids are hard to spot as they are hidden by verdant hillsides, long grass, and trees. Only a few of these structures are open for tourists to visit.

The Chinese government has given reasonable explanations for why these pyramids are not open for public entry, mainly citing that unrestricted access by archaeologists and visitors could lead to damage to the historical artifacts.

Officials believe that they are waiting for technology to advance enough to fully excavate the pyramids and the valuable artifacts they contain, as some of the pyramids are believed to be as ancient as 8,000 years old.

Westerners have had a lot of speculation about the purpose, energy, and astrological significance of the pyramids. According to scholars, "aligning the tomb with the cardinal points of North, South, East, and West was important to certain kings as it served as a symbol of their dominance even in death."

The most prevalent conspiracy theory is that extraterrestrials built the pyramid and are the original architects. The question arises whether Erich von Däniken's ancient astronaut theories could apply to the Chinese pyramids as well. As secrecy surrounds these pyramids, it is natural for conspiracy theories to emerge.