Colleen Stan's story is one of the worst in kidnapping history. For seven years, Colleen Stan, The Girl in The Box, was captured by a deranged man and his wife, whose involvement gave this tragedy a significant twist.

The young woman was tortured, raped, and the mere fact that Collen lived to tell about her living nightmare is a miracle. 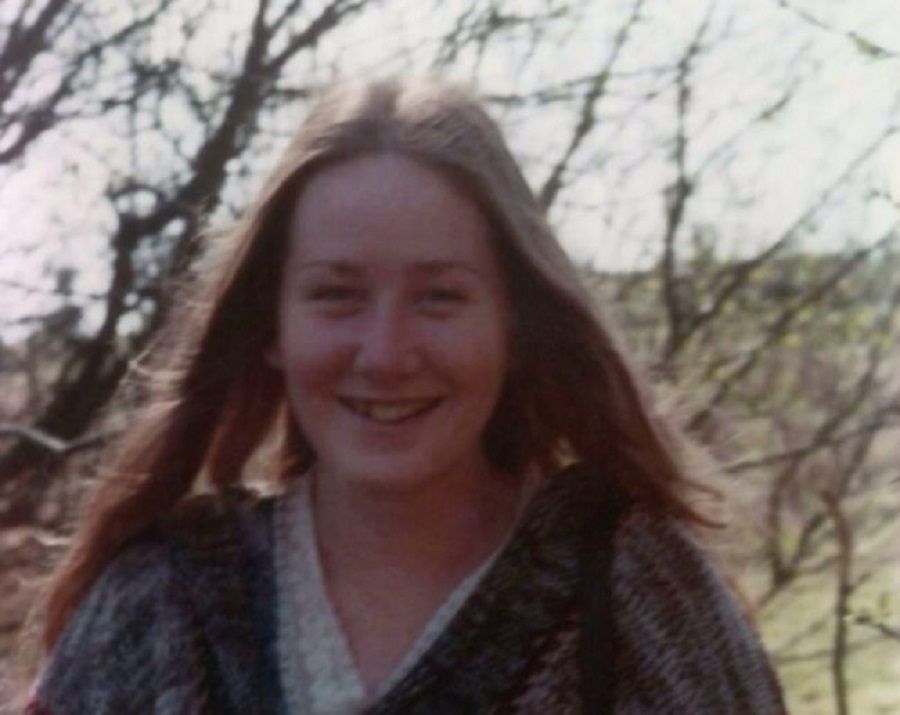 The case of The Girl in The Box started in 1977. Colleen Stan, 20, was hitchhiking cautiously, but when she spotted a blue van with a young married couple, who had a baby in a backseat, she thought she was safe.

Entering that van in Red Bluff, California, will create a life of trauma, injuries, and nightmares for Collen Stan.

The Kidnapping Of Colleen Stan

Cameron Hooker, 23, and his wife, Janice Hooker, 19, were on the hunt for an innocent hitchhiker for days.

Cameron Hooker was into bondage, and until they decided to find a victim, he fulfilled his fantasies with Janice Hooker. Once they kidnaped Colleen Stan, Cameron and his teen wife found their slave.

As Stan entered the van, Cameron drove went to a remote area and put her head into a "headbox." The thing was heavy, without light, and almost no air. For over the next seven years, Colleen would live with her head in the Box every day for 22 to 23 hours.

But, that was nothing compared to what was happening when she was not The Girl in The Box. 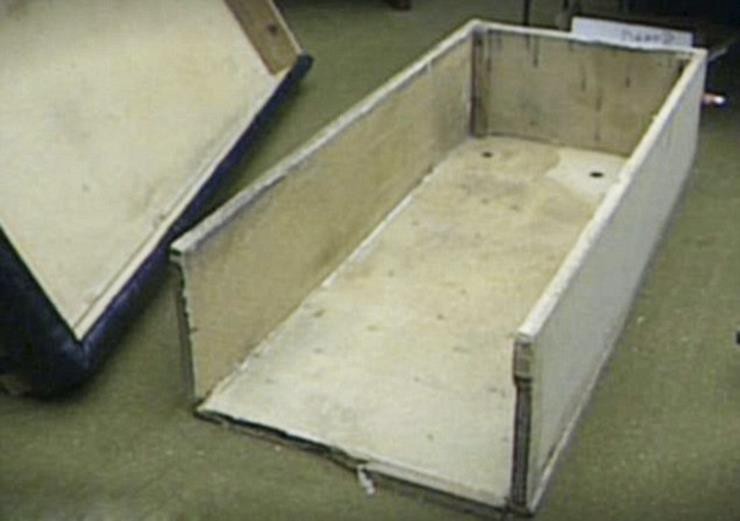 Her injuries were not just physical. Colleen experienced brainwashing and mind control and was convinced that Cameron would kill her and her family if she tried to run or even refuse his demands.

At the beginning of this nightmare, Collen was forced to watch the twisted couple have sex. But, sadly, even that would soon change.

Horrors In The Cellar 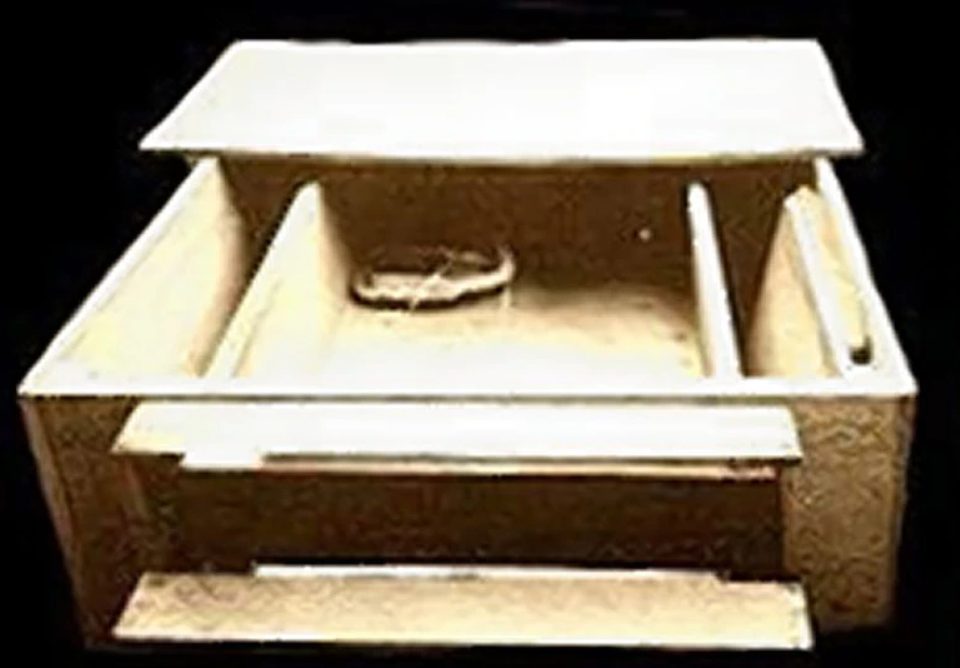 Colleen spent most of her time in a coffin-sized crate or tied to a rack. The notorious couple whipped her, burned and shocked her, dangled her from the ceiling by her wrists.

Eight months after the kidnapping, Colleen was forced to sign a "slavery contract" and was required to do whatever Cameron told her. If she refused, he said to her that powerful organizations were already watching her family. 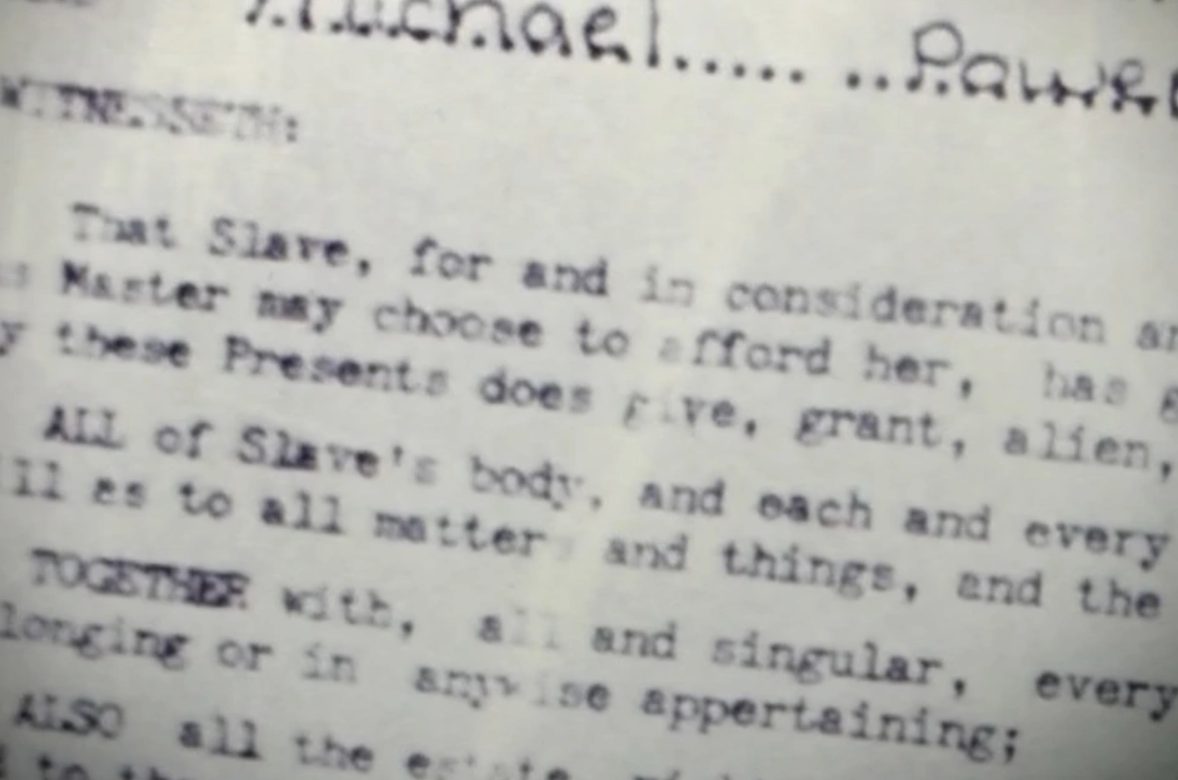 The Hookers were a young couple with two kids and a live-in housekeeper or a nanny to the people outside the house of horrors. No one suspected that they captured and tortured a young woman.

With time, Colleen Stan got more freedom, and in March 1981, Hooker took her to see her parents. Of course, she was too afraid to say a thing, and the nightmare continued.

Years later, Colleen opened up about her tragedy, saying that getting out of the box only brought more fear, as she never knew what to expect. 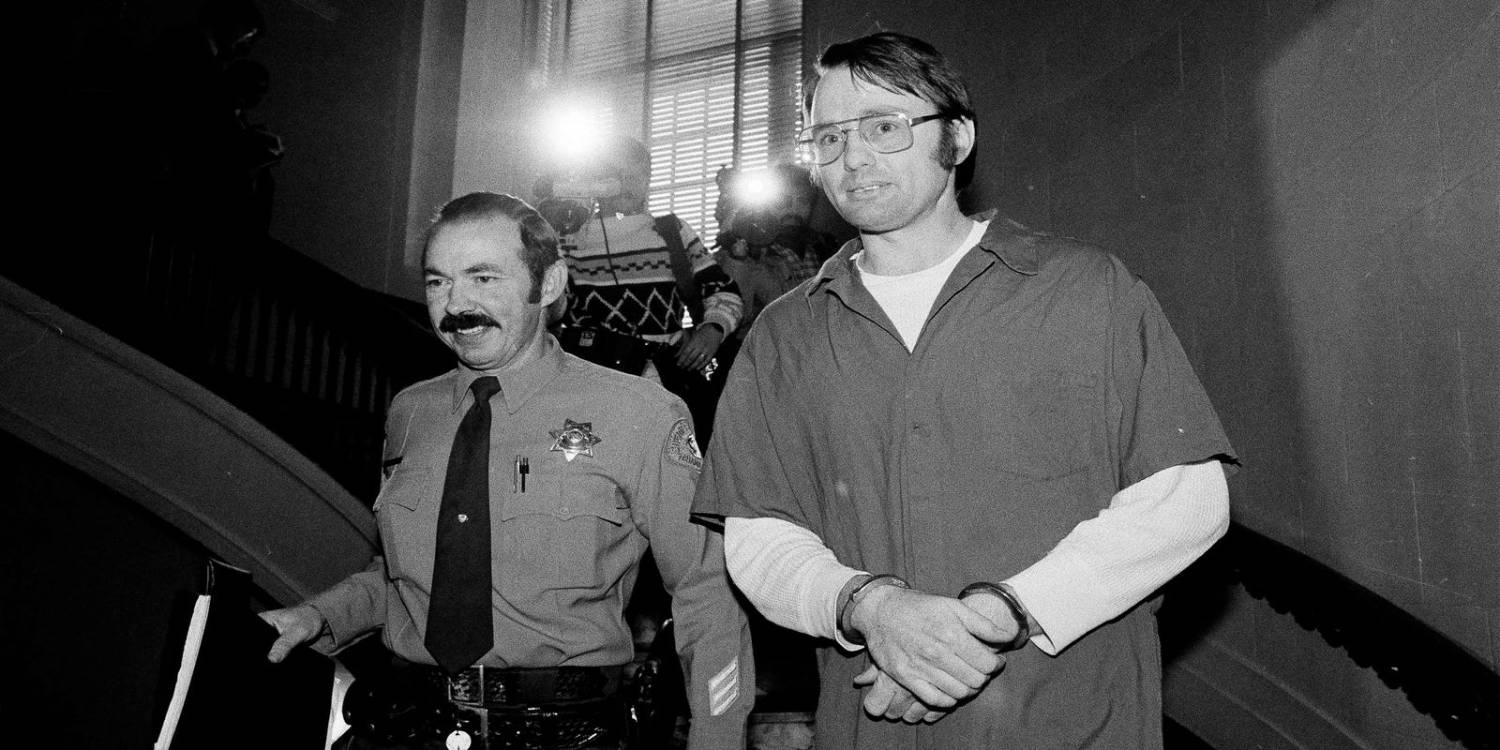 She was scared of Cameron and his "Organization," which he represented as a Satanic cult.

That is why Colleen did not run, even though she had some contacts with the outside world. Cameron had big plans, so she was forced to work to make his dungeon better so he would bring more sex slaves.

Colleen Stan Was Not The First Girl In The Box 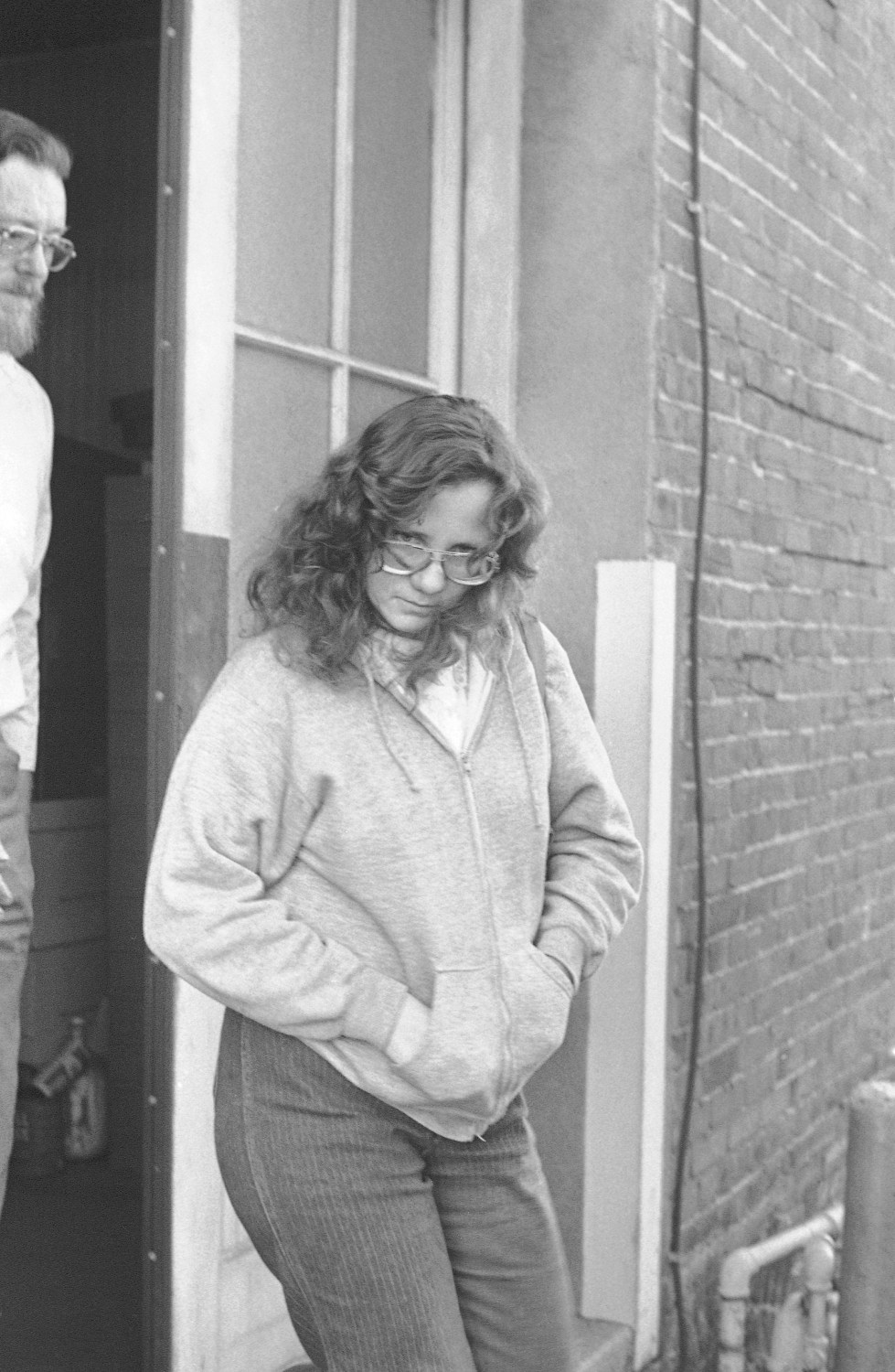 As much as it is hard to grasp, Janice Hooker (pictured) was a victim of her husband's twisted fantasies in many ways. After years had gone by, Cameron wanted to take Stan as his second wife.

Janice, in the meantime, prayed and even convinced Cameron to seek counseling. Nothing worked. She knew that her position would only worsen if her husband took another wife and sought more victims.

But there was more. 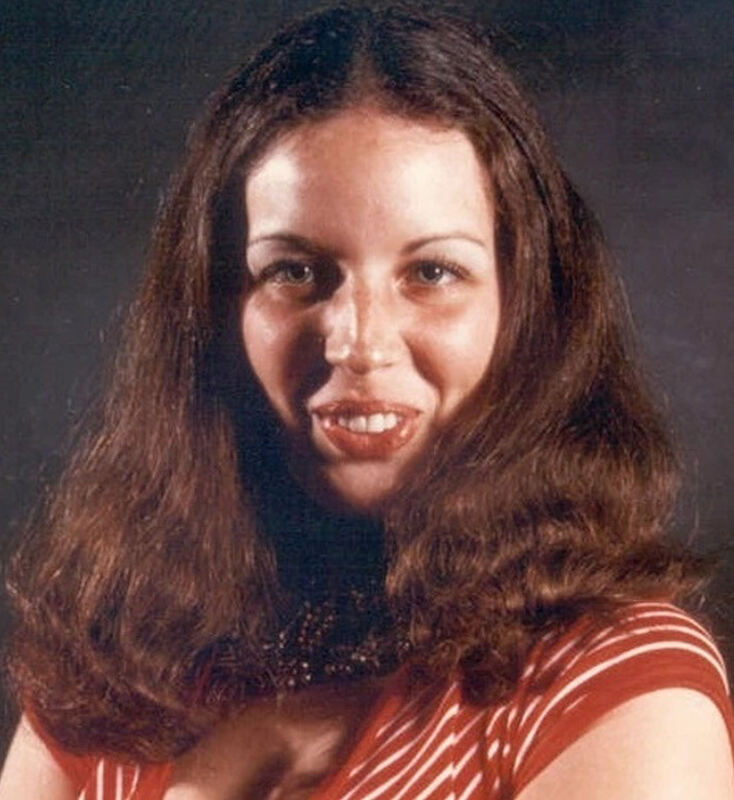 In 1976, the couple picked up Marie Elizabeth Spannhake (pictured), 19, at Chico, California. Her body was never found, but Janice later told the police that she was tortured, shot, and strangled. The authorities believe her body is still buried alongside a dirt road.

Marie Elizabeth Spannhake was the original Girl in the Box, but unlike Stan, she did not survive the sadistic attacks of the Hookers.

So, in 1984, Janice was the one who decided to let Colleen go. The plan was simple: drive her to a payphone, call her father and Colleen Stan was finally free.

The Trial And Colleen Stan's Healing 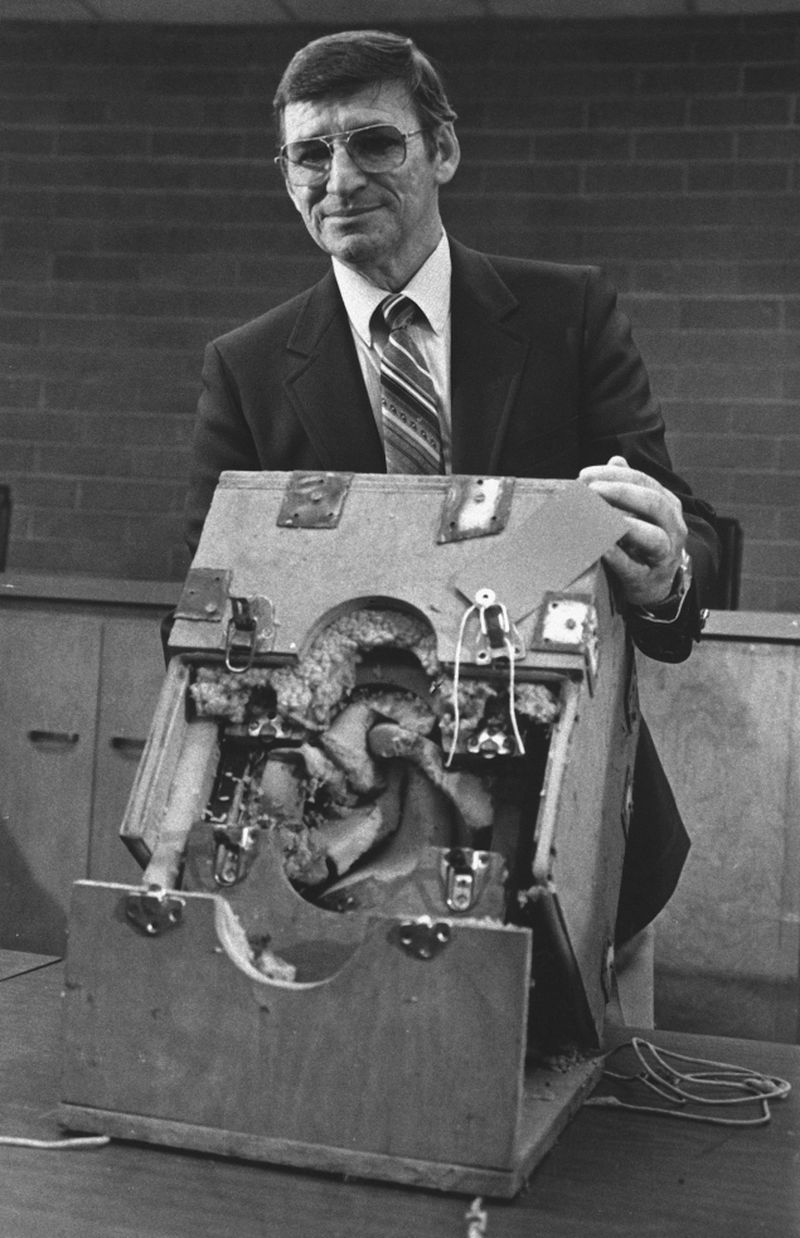 When Janice went to the police, it was the most shocking story they had heard. Some found it hard to believe, but a quick search of the couple's mobile home gave them all the evidence they needed.

Stan later testified about all the horrors she went through. Even taking a bath was a nightmare. Her first bath was three months into her captivity. Cameron would keep her head underwater until he no longer saw bubbles.

He did the same thing to his wife. 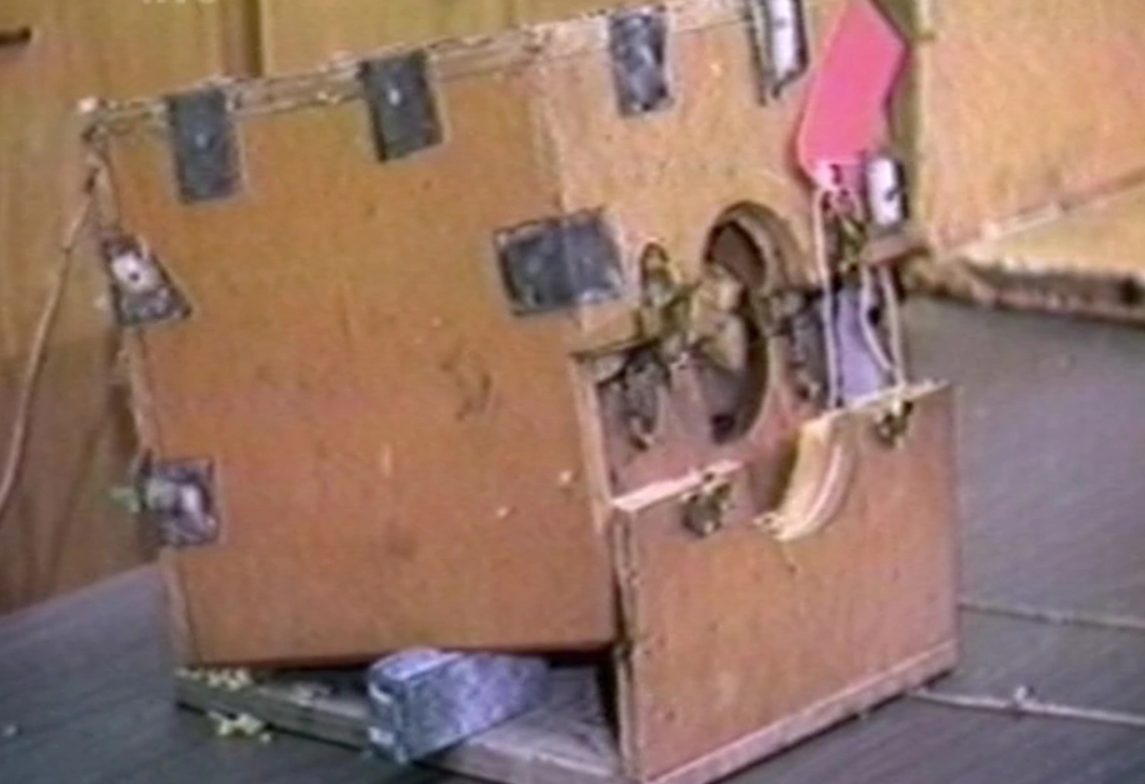 According to Cameron's lawyers, Stan was a willing participant in the couple's games. Despite all the evidence, it took the jury two and a half days to find him guilty of kidnapping, sodomy, and rape. On November 22, 1985, he was sentenced to 104 years in jail.

Cameron's parole was denied in 2015, and his next hearing is in 2022. He denied Spannhake's death, and with no evidence, there is no case. 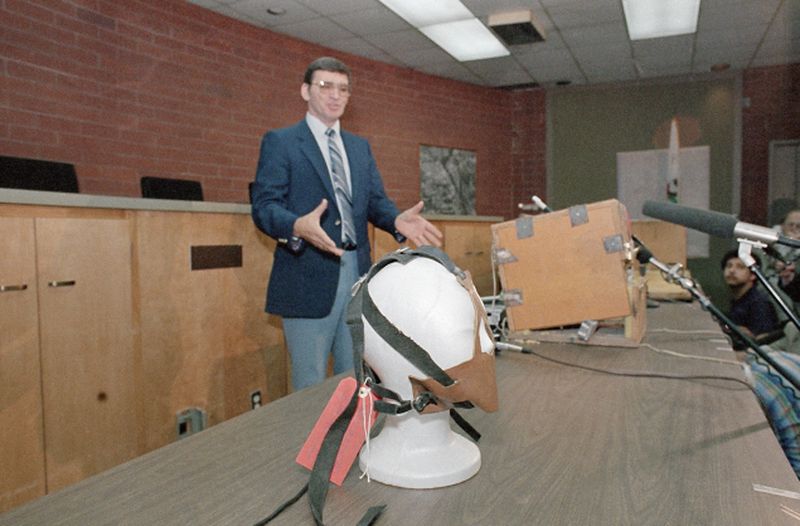 As for Colleen Stan, her life had its ups and downs. She had several failed marriages, and one of her children ended up in jail.

She is also a grandmother and an author. She wrote a book in 2009, The Simple Gifts of Life, describing the most significant life lessons, the first one being "Don't hitchhike." 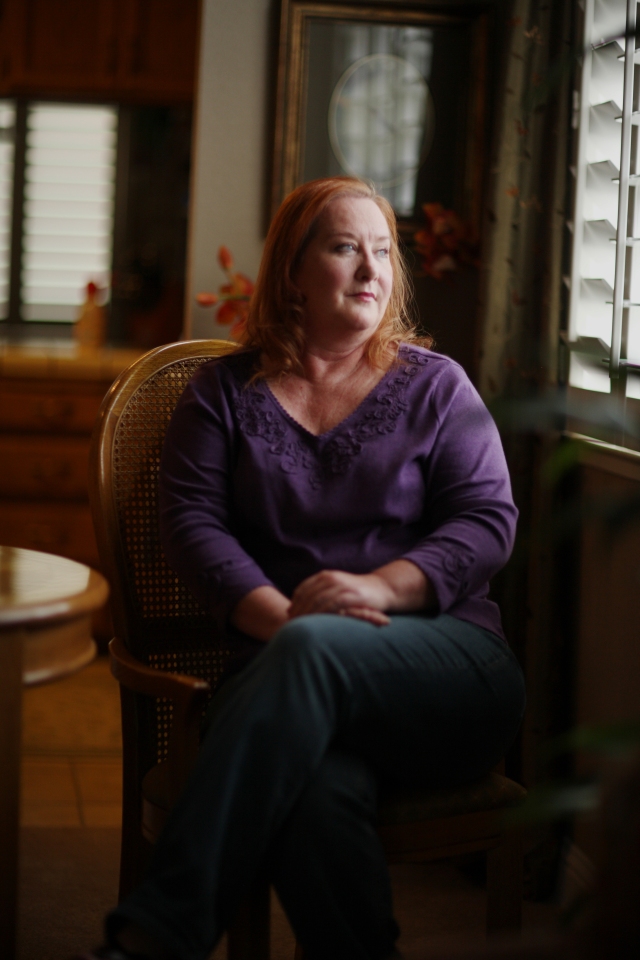 The fact that the jury had over two days to decide whether Cameron was guilty speaks volumes about the stigma people still had about sex crimes in the 80s.

Stan, now 64, volunteered for Redding Women's Refuge Center and became a registered associate social worker. She says she is not religious in her interviews, but she said that God spoke to her.

She is still heartbroken about Spannhake's destiny, as she recalls seeing her photo in the box each time she was placed in it. 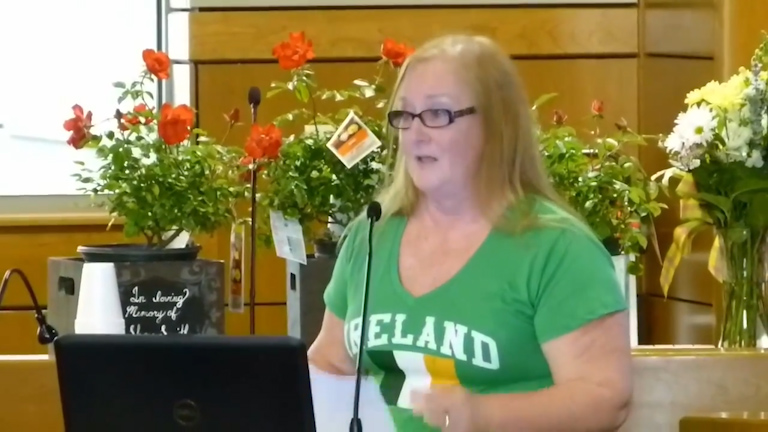 Spinal and shoulder injuries from lying in the box are still following her, but Colleen Stan is optimistic about life despite all the trauma.

Several movies were made about this tragic event, including The Poughkeepsie Tapes in 2007, Girl in the Box in 2016. Books, songs, and true crime episodes also paid their tribute to the Girl in The Box.

Colleen speaks out against Cameron's parole, and, as much as it is painful for her, she does not want him to get his hands on another victim.