We have plenty to thank the '50s for, including classic cars, "Googie" architectural design (based on UFOs), amazing music, and for the ladies, the cute and timeless poodle skirt.

The poodle skirts were full and swinging must-haves, and they were loads of fun for girls and women of all ages. They also perfectly accentuated the waist, which made them a popular fashion item throughout history.

This skirt eclipsed this era with its popularity, and it came with all sorts of styles and patterns. Today, the poodle skirt is iconic, and it is known for representing the ideal '50s girl.

The poodle skirt is a circular skirt that was adorned in cloth cutouts. These decorations were sewn and ironed onto the skirts.

In addition to these decorations being complex designs, they could also consist of letters.

Teenage girls had a special love for these skirts, especially when paired with a sweater. However, grown women also loved them, although they used more age-appropriate appliques on them.

However, the question today is: where did the poodle skirt come from? How has it evolved over time?

The Woman Who Started It All 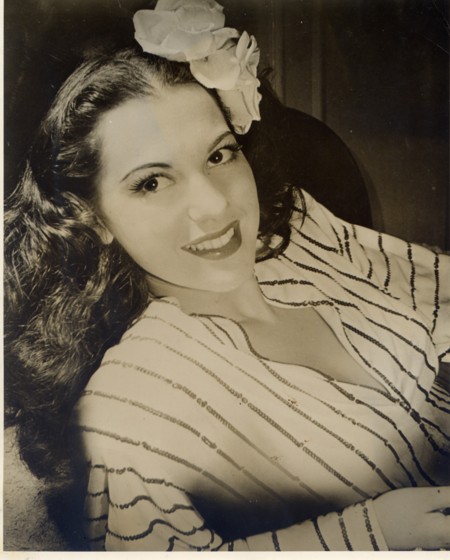 We cannot talk about the history of the poodle skirt without mentioning Juli Lynne Charlot. She is the one who started this trend.

Although the fashion trend is attributed to the '50s, it actually began back in 1947. Surprisingly, the poodle was not originally part of the trend.

Charlot was 25, and she had a Christmas party to attend. However, she had nothing to wear, and her sewing skills were mediocre at best.

Fortunately, her mother owned a factory that used felt, and that was a light bulb moment for the young woman.

She cut a circle out of the felt, and that allowed her to cut a complete circle skirt without any seams on it. Charlot took it a little further:

"I added some whimsical Christmas motif appliques and the result was so attractive that I received many compliments at the part."

@serenawilliams
This is me in 2008 w/ the original #poodleskirt.
I'm now 94 & stll swingin away!
See following link for my story: pic.twitter.com/dmGomOHtc5

After people saw Charlot's skirt, they wanted them as well. Soon enough, she had enough orders to justify starting her own fashion company.

In fact, within a week of introducing the skirt, she had begun selling, and the popularity grew as time went by.

By the year 1952, there were mail-order catalogs specifically dedicated to poodle skirts. The skirt also officially gained the title of being the "first teenage fashion trend."

At one point, the company had 50 employees, and she had learned to sew by this point. The company operated until the 1980s.

In the meantime, the style was so iconic that tutorials were made about making this skirt. The skirts have the convenience of not requiring any seams or hemming.

The skirts became so popular that movie stars often wore them. They were also broadly featured in magazines and advertising in a bid to keep up with the times since the skirts were so popular.

You can make the skirt with zero sewing skills, and then personalize it whichever way you like. 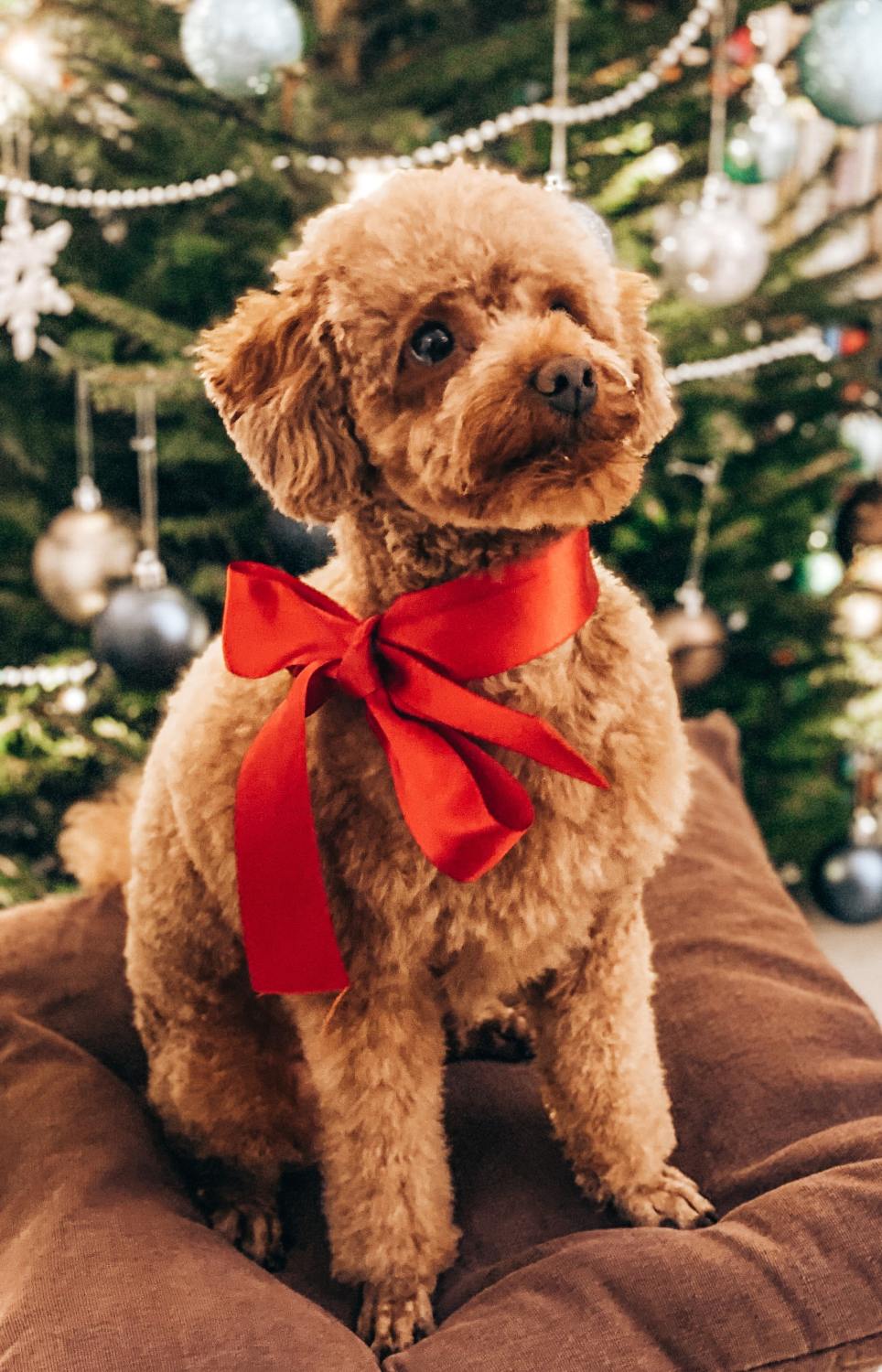 People started associating these skirts with poodles. This is why.

Poodles were preferable for fashionable women in the '50s. Ladies walked around with little poodles, and that gave Charlot the brilliant idea of decorating her skirts with coiffed poodles.

Her skirts had three poodles. The three dogs had different personalities, with the first dog being a flirty girl and the second being a snobby girl.

The third dog would be a male drawn to the flirty girl dog. Hilariously, the male dog would be stuck next to the snobby girl due to their tangled leashes.

Charlot's idea was to create designs that told a story and acted as conversation starters for the salespeople as they sold the skirts.

The skirts were a great hit, and soon, teenagers throughout the country were seen wearing them. They were also popular during school dances and other events.

However, people used other designs on their skirts. The placement of these appliques also varied from person to person.

In particular, seasonal designs were also quite common, including a Christmas-themed version that featured an angel and a decorated Christmas tree. Other decorations included flamingoes, flowers, and even hot rod cars.

The hemlines were typically around the knees or slightly above them.

Eventually, other designers started making their own poodle skirts, and they started coming up with their own ideas about them.

Women also began making skirts from the comfort of their own homes. Girls also started coming up with their own unique designs.

For instance, Bettie Morrie, a designer, came up with big skirts that featured a backgammon game stitched into the felt. These skirts also came with a special pocket where the game pieces were kept.

Young girls opted for cute designs like poodles, but older women preferred elegant designs to avoid looking too childish. Therefore, some of them used fancy designs such as rhinestones and sequins.

In fact, the appliques did not have to be completely flat once attached to the skirts. Some of these skirts had fancy textured designs.

Even today, poodle skirts are still a memorable symbol of '50s fashion. Recently, a skirt with a similar design became quite popular between 2009 and 2010.

This version of the skirts was much shorter. However, the waistband was no different from that on skirts from much earlier.

The modern poodle skirts are still made of felt (modern type) and newer designs. However, they are generally reproductions of the original poodle skirt.

How To Make Your Very Own Poodle Skirt

The poodle skirt started as a simple DIY project for Charlot, and she didn't even have any sewing skills!

In other words, you can easily make your own poodle skirt. Here is a video guide, and below, you will find steps that can also help you make this skirt.

Quite simply, you should have a large piece of cloth, an elastic waistband, appliques, a pair of scissors, a tape measure, and a thread and a needle.

1. First of all, you should start by measuring your waist and then adding 2 inches to the measurement to compensate for the folds on the skirt's waist.

2. Also, measure the distance from your waist to your knees or wherever you want your skirt to reach. Once again, you should add about two inches.

3. Cut a circular piece of cloth with a diameter that is 2 times the skirt length added to the diameter of your waist (2 x skirt length + waist diameter). Be sure to cut the larger circle first before cutting out the smaller circle to ensure your skirt fits within the larger cloth you are working with.

4. At the center of this circular piece of cloth, cut out a circular area with a diameter equal to that of your waist.

5. Add your appliques using glue. The appliques can be bought online, and some can be ironed onto the skirt.

6. From there, stitch on the elastic waistband. You should cut a band that is at least an inch longer than your waist to account for the fact that it will overlap when getting stitched together.

7. All that remains is to tuck the skirt inside the elastic band and stitch it into place, and voila! You have made your own custom poodle skirt.

As you can see, the poodle skirt has had a long history, and from the look of things, there is still a long and interesting future ahead for this fashion item.