In January 1959, nine hikers set off into the Ural Mountains for the hiking experience of a lifetime. One month later, their bodies were found and raised more questions than answers.

The Dyatlov Pass incident is one of the greatest mysteries of the modern age and still has so many questions unanswered. Eight students set off on a hiking trip into the Ural Mountains in the middle of a bitter Russian winter. None would ever return.

Found in mysterious circumstances, the hikers' bodies created more questions than answers, but the Iron Curtain prevented much of the information from solving the puzzle. The Russian Government reopened the case in 2019, but so many holes remain.

So what happened to the hikers on that fateful February day in 1959?

The Beginning Of The Dyatlov Pass Mystery 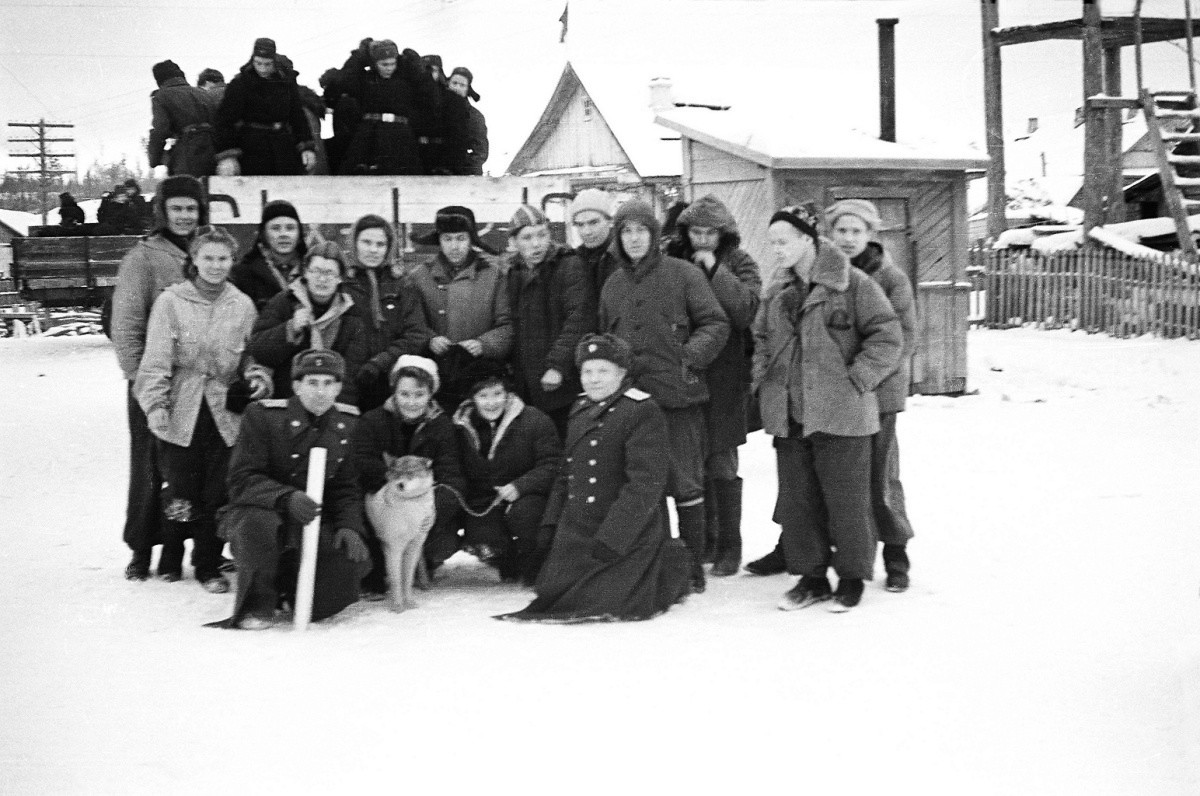 Igor Dyatlov was bored. He was an avid skier and keen mountaineer who longed for some adventure in his day outside of the routine at Ural Polytechnic Institute. So he told his friend Aleksander Kolevatov about a desire to climb the Ural Mountains during the most bitter time of year as an actual test of survival.

Aleksander thought it was a great idea. Together, the pair rounded up Yuri Doroshenko, Lyudmila Dubinina, Yuri Krivonischenko, Nikolay Thibeaux-Brignolle, Zinaida Kolmogorova, and Yuri Yudin to accompany them on their expedition. 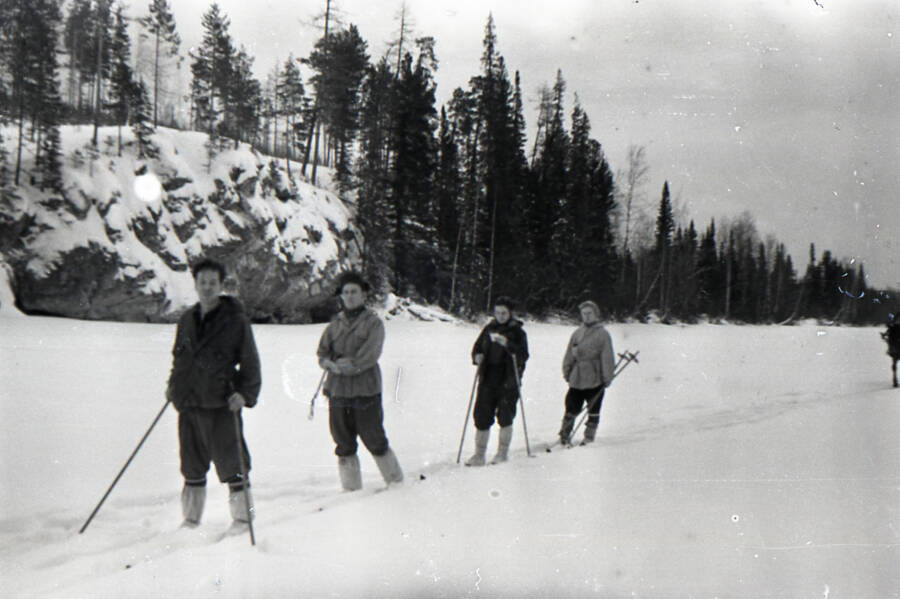 Initially, Zinaida and Nikolay expressed trepidation about entering the Ural Mountains in winter; the region is notoriously bitterly cold and inhospitable to life, and the heavy snowdrifts cause avalanches if disturbed. Still, Yuri convinced them that the trip would be more exciting if they battled against the elements, and eventually, they agreed to go in the winter the following year.

Into The Ural Mountains: The Beginning Of Dyatlov Pass Mystery 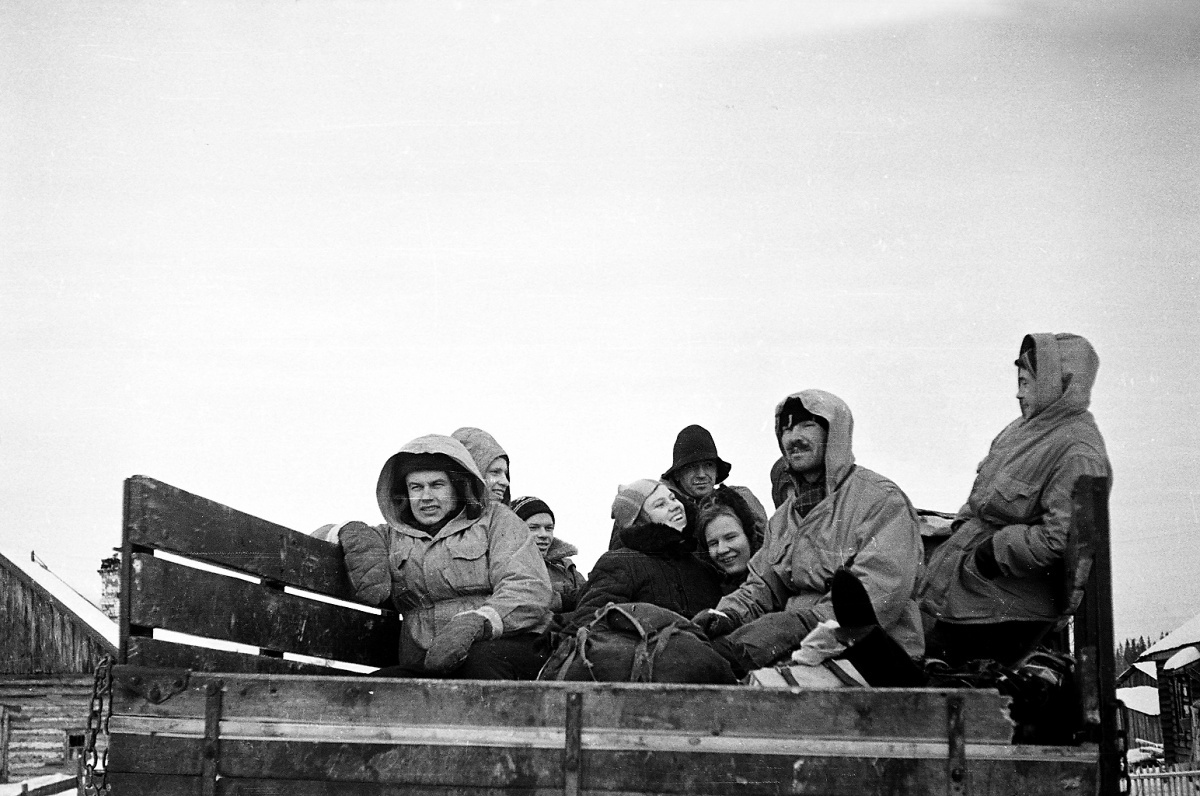 On 26 January 1959, the group hitched a three-hour ride from Vizhay to the District 41 logging site. They were in good spirits and excited about the journey ahead and took photos of each other and the scenery as it flew by them.

The journey was not fun for everyone, however. On the ride to District 41, Yuri Yadin experienced a sudden onset of sciatica and decided to turn back and visit a doctor for pain relief.

This decision would be the one that saved his life. 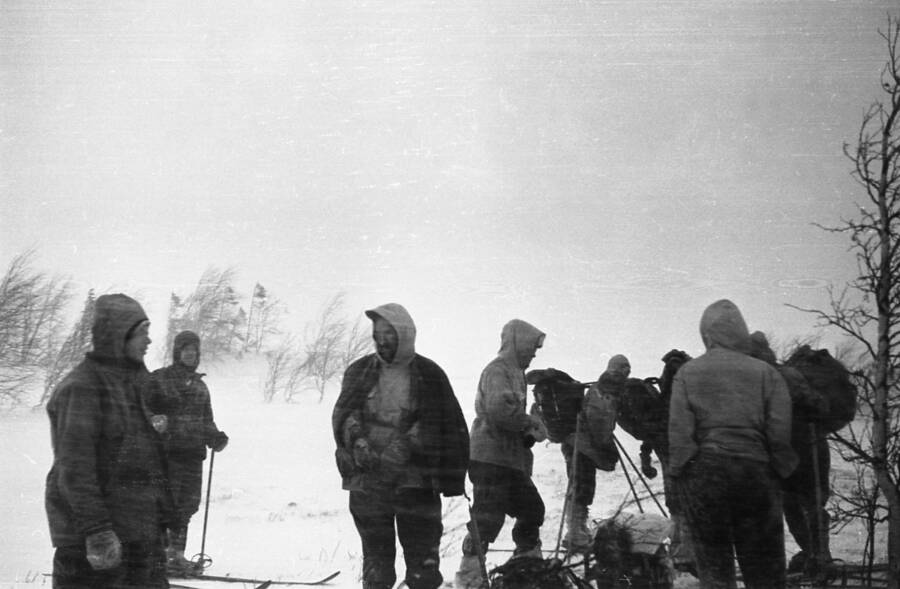 All of the students had extensive hiking experience and had made hikes together as a group previously. They each packed enough provisions for three weeks, snowshoes, warm weather gear, emergency rations, and supplies for the trip.

They had three cameras that they had packed extra rolls of film to document their adventure. Handwritten diaries kept before their demise indicated that the group was well-prepared and keen to start their hike.

On 23 January 1959, the group had been issued their route book for their journey. The group registered with ten names; the last name belonged to Semyon Zolotaryov, who had been registered to go with a different group on a route of the same difficulty.

He would not be as lucky as Yuri Yadin. 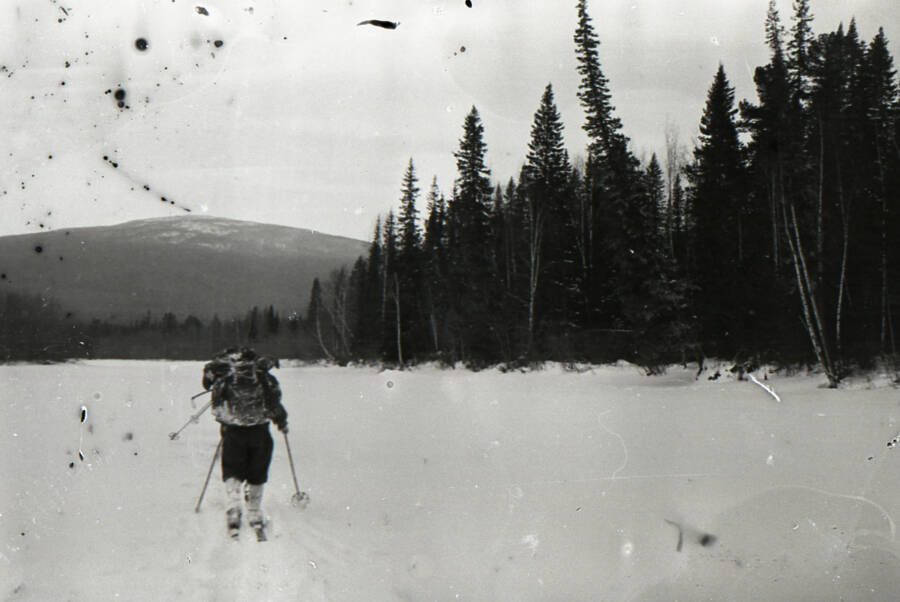 On 31 January 1959, the hikers arrived in a high-bordered woodland area and made preparations to climb. They cached supplies and food in the nearby woods as insurance for their return journey.

The route they had chosen was challenging, and they soon found themselves lost in the deep snowdrifts on the mountainside. The worsening weather conditions and loss of visibility meant that they deviated west towards the top of Kholat Syakhl. Rather than move downhill into a sheltered wooded area, Dyatlov suggested making camp there on the mountain slope. 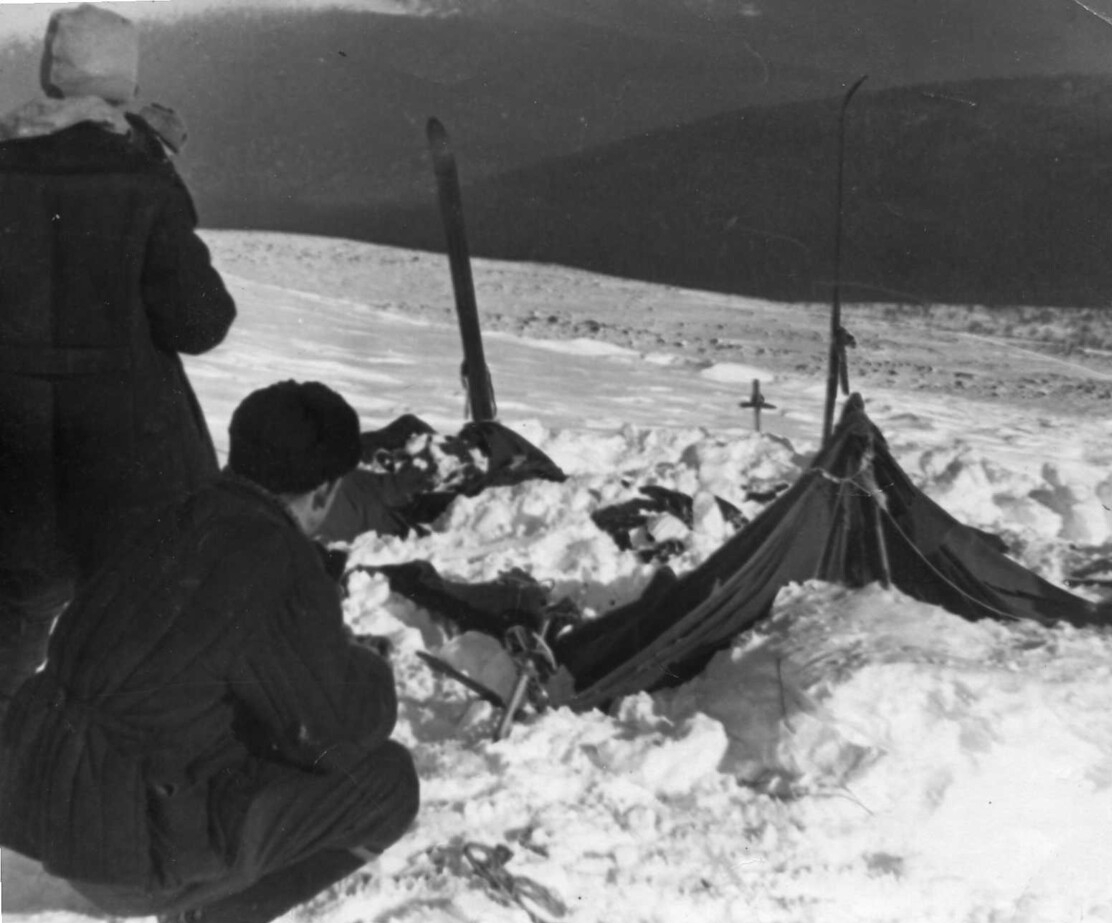 Before the group had set out, Dyatlov had promised to send a telegraph to their climbing club no later than 12 February 1959. When the 12th passed and no message was heard, there was no immediate concern. Delays of a few days were common for these kinds of trips. This marks the beginning of the Dyatlov Pass mystery.

When 20 February 1959 arrived without a word, the families of the missing hikers demanded that a search and rescue party be created. The head of the Ural Polytechnical Institute rounded up a search party comprising of volunteer students, teachers, and community members. Soon after, the military and police became involved as search planes and helicopters flew overhead to look for any sign of the missing hikers. 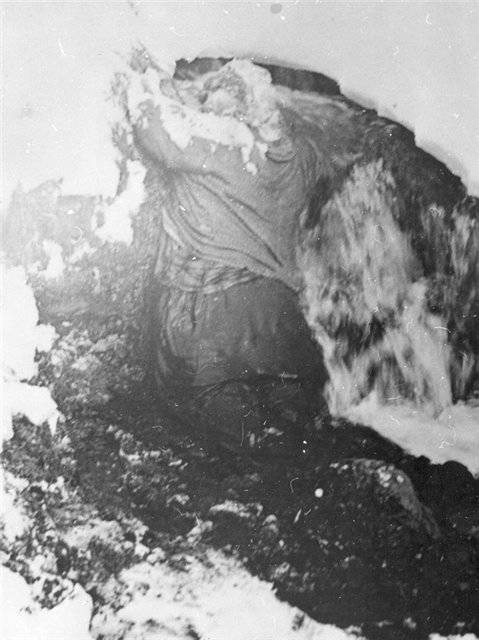 On 26 February 1959, the search party found the group's campsite and was left stunned. The tents were slashed open from the inside and badly damaged, and equipment and food were scattered all around the area as though thrown. All of the hikers' belongings and shoes had been left behind, a bad sign for weather touching on -33 degrees Fahrenheit. Nine sets of footprints led away from the campsite into a wooded area about one mile to the northeast.

It was here, at the forest's edge, that rescuers found the first two Dyatlov pass bodies. 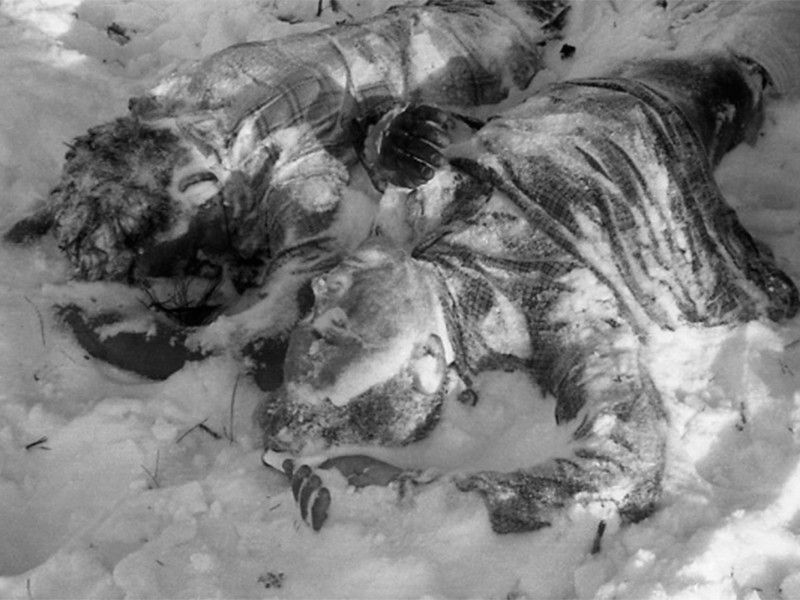 Under a sizeable Siberian pine, the frozen figures of Krivonischenko and Doroshenko were curled into balls. Shoeless and dressed only in underwear. The two men were surrounded by broken branches, suggesting they had tried to climb the tree for a better viewpoint.

Between the pine and the camp, rescuers discovered three more corpses. Dyatlov, Slobodin, and Kolmogorova were all contorted in poses that indicated their attempt to return to base. 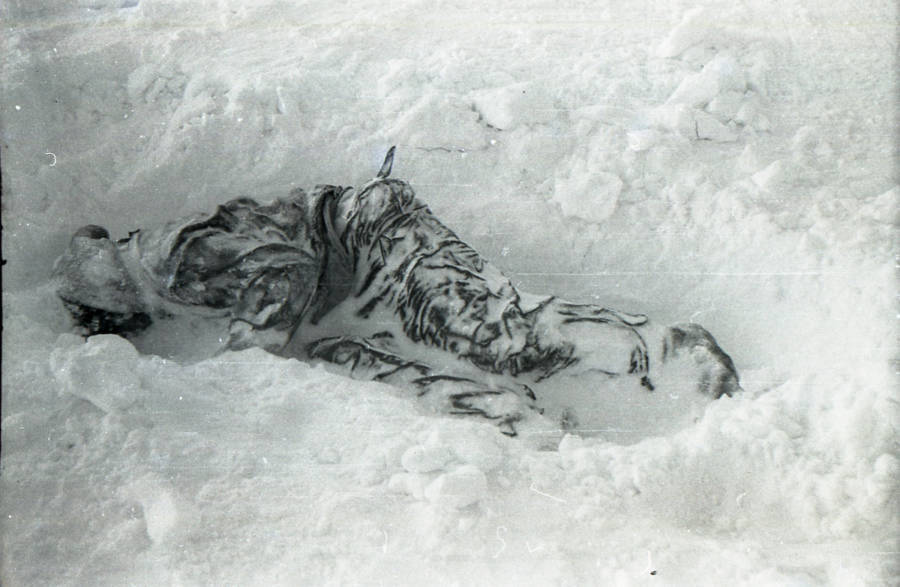 The bodies of the remaining four hikers were lost for more than two months after the initial discovery. On 4 May 1959, they were finally discovered under 13 feet of a snowdrift in a ravine in the center of the woods. Unlike the previous bodies, three of these bodies were wearing clothing better equipped for the cold, and it appeared that they had removed the clothes from corpses to be used by the living.

The Investigation Of The Dyatlov Pass Mystery 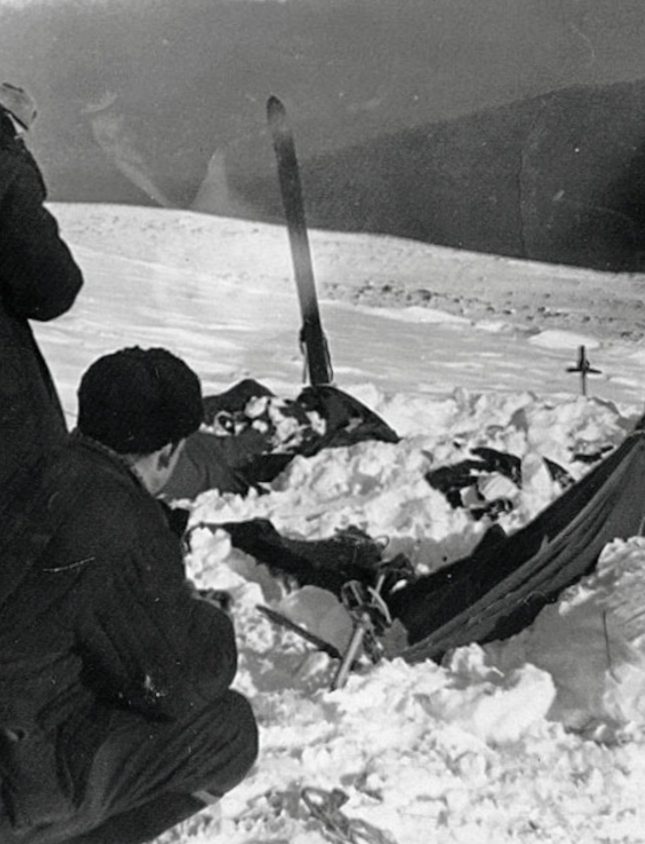 Immediately after the bodies were found, a legal inquest was launched into the circumstances surrounding the hikers' deaths. Medical examinations indicated that none of the first five bodies had any injuries, and they were thought to have died of hypothermia.

When the last four bodies were found in a Dyatlov pass mystery, a much more gruesome discovery unfolded. Some of the hikers were missing their tongues and eyes and had severe wounds comparable to a car crash. Interestingly, none of the fatal injuries were external, which indicated that the hikers had experienced tremendous pressure that had crushed their bones without breaking the skin. 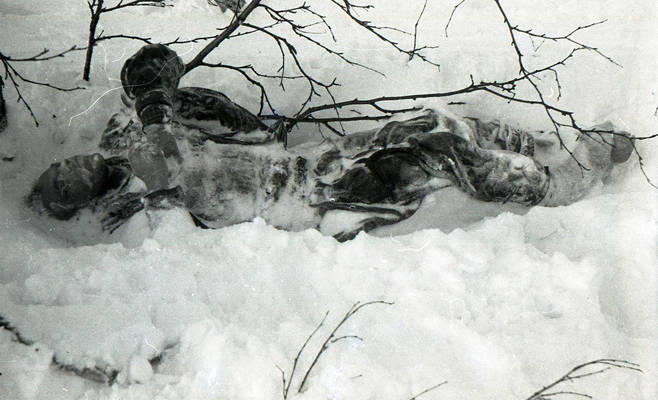 The official inquest into the Dyatlov Pass Incident states the following facts:

The other three died from intense injuries

The tent had been ripped open from the inside

There were no survivors.

Kronischevenko had been found with a camera around his neck. The negatives from this were taken and developed in the hope of discovering further clues into the demise of the hikers, but to no avail. However, pictures from the reel and the reels of the other cameras eventually located around the area showed a group of happy, friendly, and excited students enjoying what would be their last hike in the Ural Mountains. 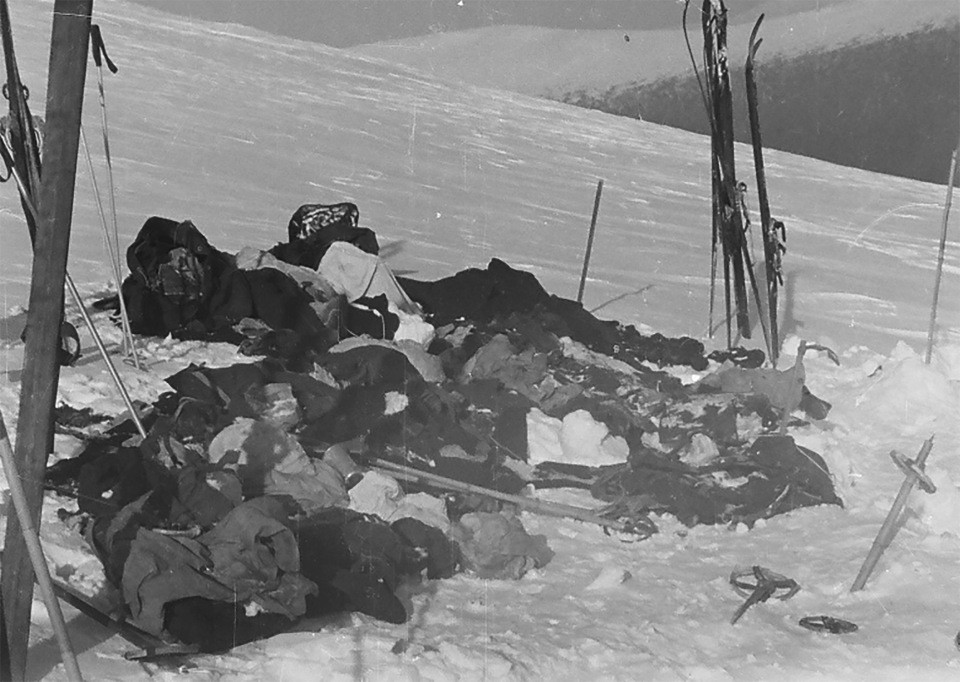 While the foul play was considered at first, the jovial nature of the photographs showed that the hikers had been friends and likely had no sinister ulterior motives. Thus, the official cause of death was a "compelling natural force," and the case was closed in 1962.

As with any mystery, the conspiracy theories started coming thick and fast. First, ideas emerged that the Dyatlov hikers had trespassed upon Soviet operations and had been murdered for it. Then, 50 miles east of the campsite, another group of hikers reported seeing strange orange spheres floating in the sky on the night of the Dyatlov group's demise. While the military and locals corroborated these sightings, there were never any further investigations into the unidentified objects in the night sky. 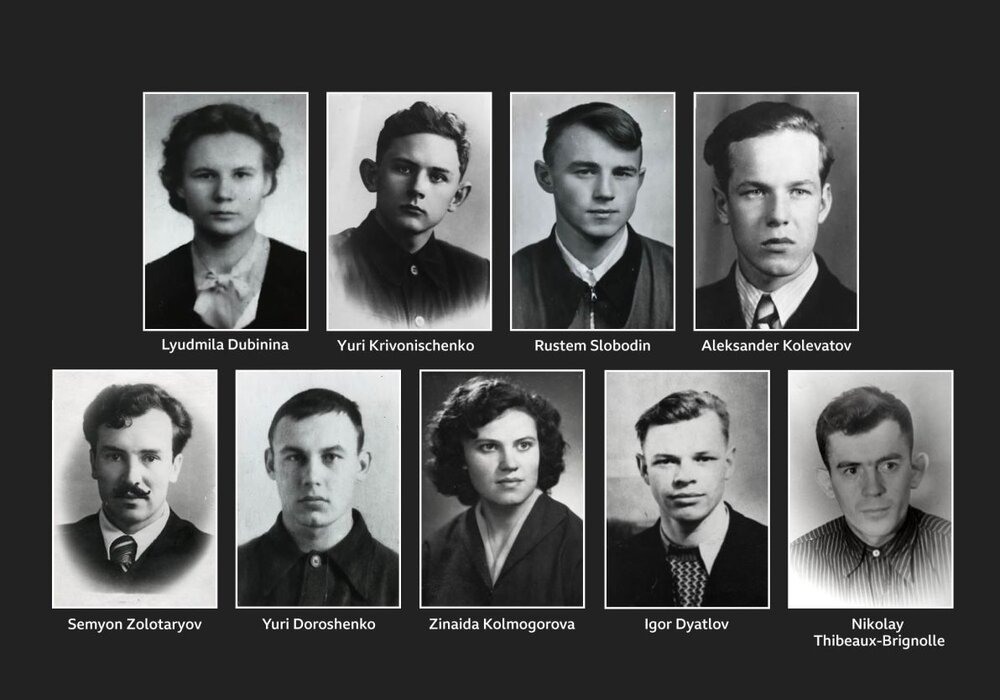 "Although the skiers made an error in the placement of their tent, everything they did subsequently was textbook: they conducted an emergency evacuation to the ground that would be safe from an avalanche, they took shelter in the woods, they started a fire, they dug a snow cave. Had they been less experienced, they might have remained near the tent, dug it out, and survived. But avalanches are by far the biggest risk in the mountains in winter, and the more experience you have, the more you fear them. In the end, the skiers' expertise doomed them."

The official answer still leaves much to be desired in the Dyatlov Pass mystery. The unexplained radiation on the belongings, the walking patterns, and the experience levels of the hikers do not speak to a group who would have camped in the path of a potential avalanche. All we know is that we may never know the whole story of what happened to the Dyatlov pass hikers during their ultimate journey into the Ural Mountains.