Even after all these years, the death of John Denver remains a mystery for all of us.

His life ended unexpectedly, and his plane accident left all of us in shock and despair.

Indeed, the death of John Denver came in the same way as the beginnings of his career. The Country Boy was all over the world news, but this time it wasn't about giving the fans the entertainment time they craved.

Born on December 31, 1943, John Denver was first known as John Deutschendorf Jr. If only the tragic accident somehow hadn't occurred, things would surely be different not only for him but for all of us.

But besides the many country hits, who was John Denver indeed?

Let's dive in between the paragraphs of his songs and discover something more about the personality and the death of John Denver.

Roswell, New Mexico, The Place Where John Denver Was Born 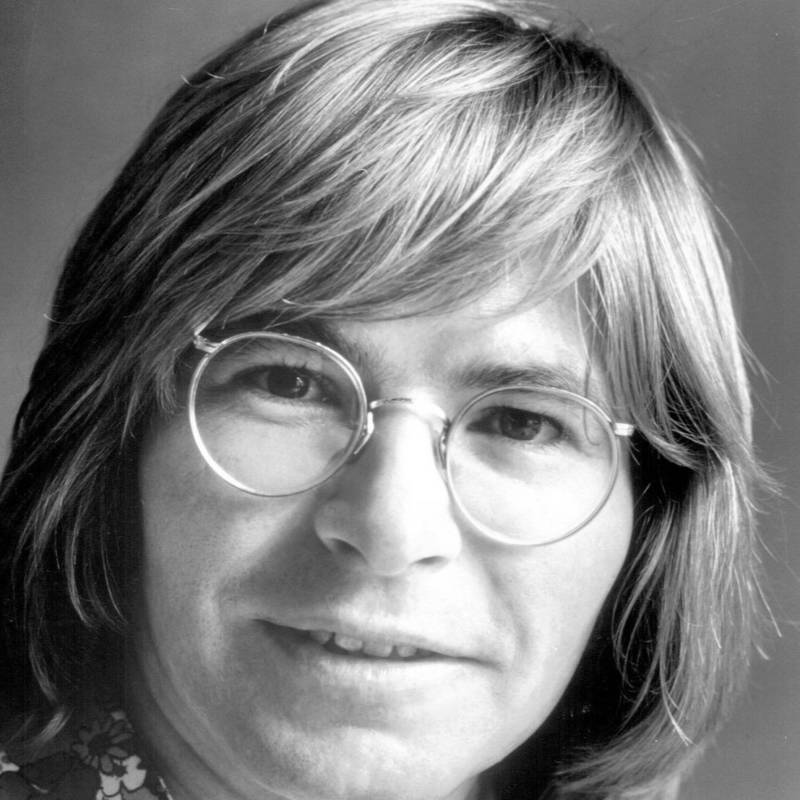 John Denver was America's most successful artist in his time.

Many would even mention that John Denver marked the '70s in the same way that Frank Sinatra marked the '40s and '50s. And this comparison speaks volumes.

But his fame didn't reach its peak overnight. On the contrary, John Denver worked day and night on his music. The road to success was not an easy one to take. However, he made it, and he stayed true to himself no matter what.

Although some people liked to say that John Denver was the Mickey Mouse of rock and roll, he went above and beyond every limit to prove that he was a new type of celebrity. Humanist, humble, down to Earth.

The Death of John Denver was a scenario that nobody expected for the King of the Rocky Mountains of Colorado.

How Old Was John Denver When He Died?

And suddenly, the death of John Denver was all over the media. News, TV programs, shows. The world was in total shock.

He never backed off from music. John Denver wrote and sang until the very end.

Music was his safe place and space. And it didn't take too long until his sanctuary became his signature. The thing that everyone recognized him for.

Everyone had nothing but good words for John Denver. And indeed, he was one wonderful and humble soul.

Many lives end unexpectedly. But the thing about John Denver's death, which surprised everyone was that he lost his life while enjoying one of his biggest passion, flying a plane.

The death of John Denver came quickly, and the saddest thing is that his loved ones didn't even get the chance to say goodbye.

However, piloting wasn't something new for John Denver. Born as a son of a Cold War warrior who was also a great pilot during WWII, John mastered the art of flying a plane.

It's not a secret that his father, Henry John Deutschendorf Sr, was a tough guy. He wasn't abusive, but the war did the thing and had an impact on his parenting.

Since his father was in the air force, Jonh Denver's family moved quite a lot. They were always in the process of switching to new places, and it was maybe the main reason why John was a shy kid.

Lucky for him, John Denver had his guitar - the gift from his beloved grandmother that became his greatest companion in better and worse.

More Questions About The Death Of John Denver: How Did John Denver Really Die?

The death of John Denver shook everyone.

The death of John Denver was momentary. It all happened in a flash. He lost his life while flying an experimental plane over Monterey Bay. It was all clear until something went wrong. Things escalated too quickly, and within minutes, the plane was down.

John Denver was an experienced pilot, and his father's background helped a lot in his knowledge of planes and piloting. But it turned out that he didn't have a pilot's license, and this fatal last flight was illegal.

However, nothing beats the fact that everybody loved John Denver. 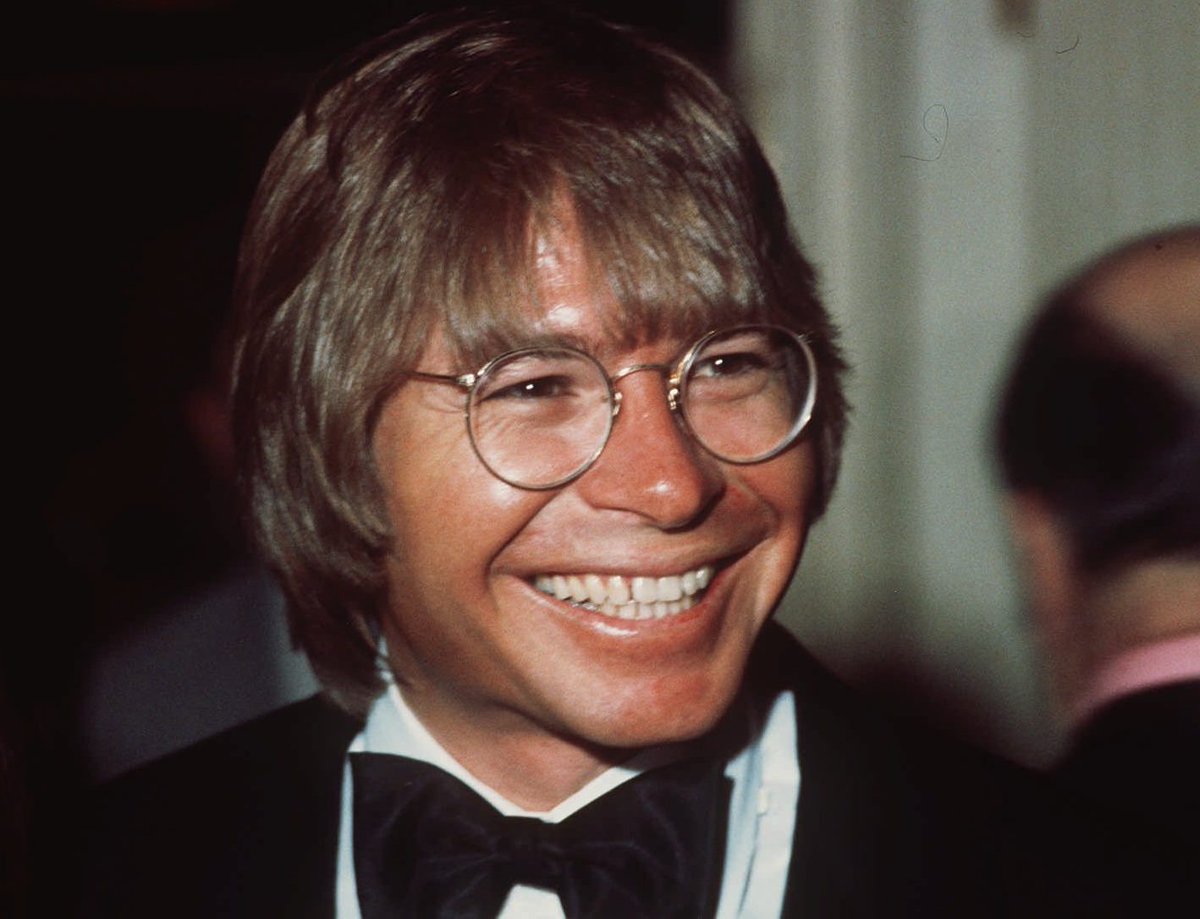 If, in any case, he decided to keep his original surname, many people that worked with him say that it could have been the death of John Denver's career.

Maybe the choice of words is too harsh, but it is a fact that Deutschendorf didn't feel like the real deal to him at the time when his career was about to happen.

Then everything in his life started moving on fast forward, and joining the Chad Mitchell Trio was only the beginning.

Besides the fact that we all know how life comes with an expiration date, its ending, on the other hand, comes without a previous announcement. 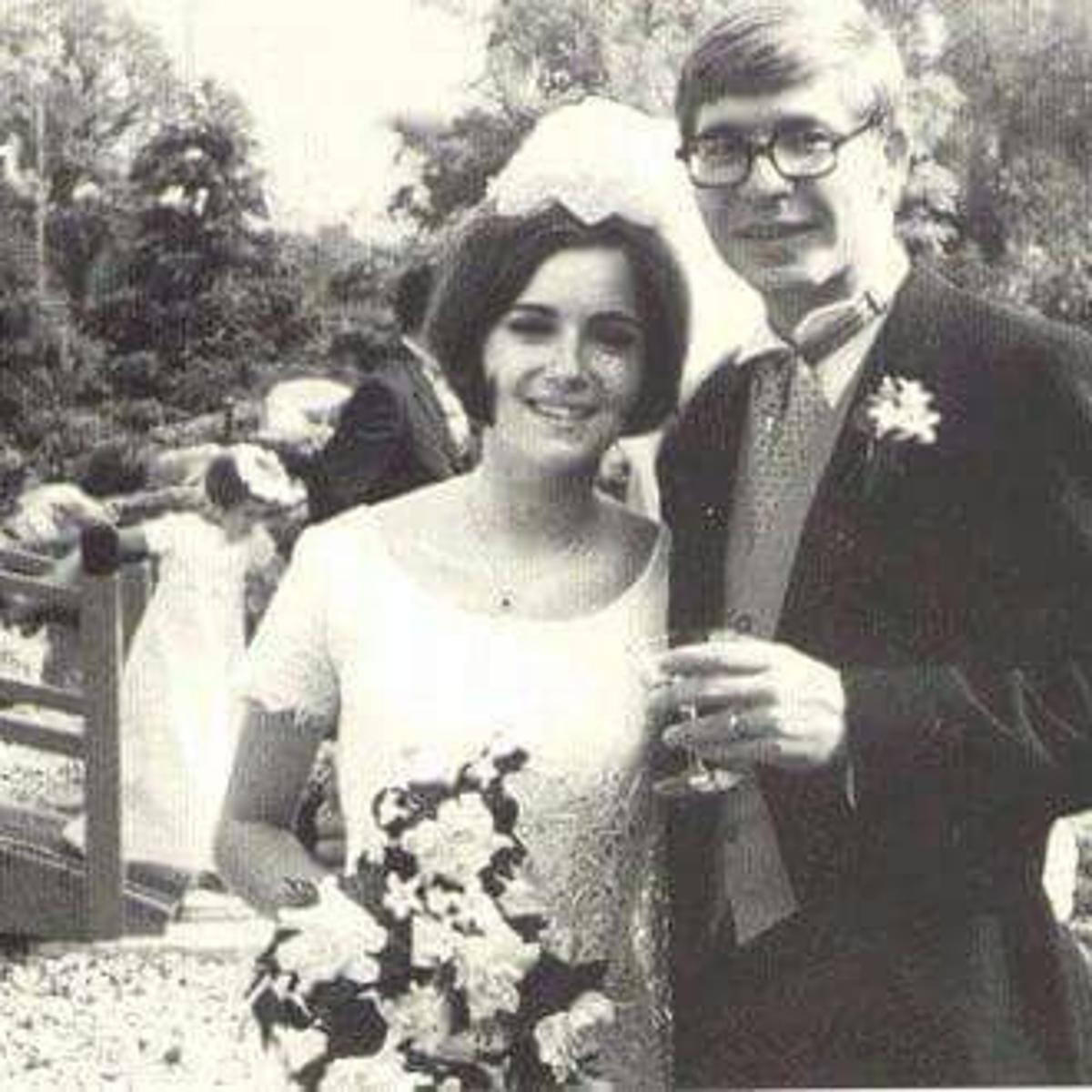 And maybe this is one of the main reasons why the death of John Denver hit us like lightning.

The thing with life and its inevitable ending is like a curse and a blessing. All wrapped into one with a ribbon on it.

Yes, the death of John Denver came all of a sudden, but one thing is for sure: he had a wonderful life, which he devoted to his loved ones, music, and nature.

He was the best fit for the Chad Mitchell Trio when they started auditioning for a new band member. He was a fine 12-string guitar player, a fantastic singer whose innocence was his best attitude on stage and screen.

The trio played on campuses across the Midwest. And John Denver grew as a singer and an author. But also, he found the love of his life, Annie.

They were young and madly in love. The lovebirds got married in June of 1967. John was only 23 years old, and Annie was 20. Although their marriage didn't last forever, it's clear that Annie and John were more than just another married couple at a young age. They were true soulmates.

A Million Dollar Question About The Death Of John Denver: Why Did John Denver's Plane Crash? 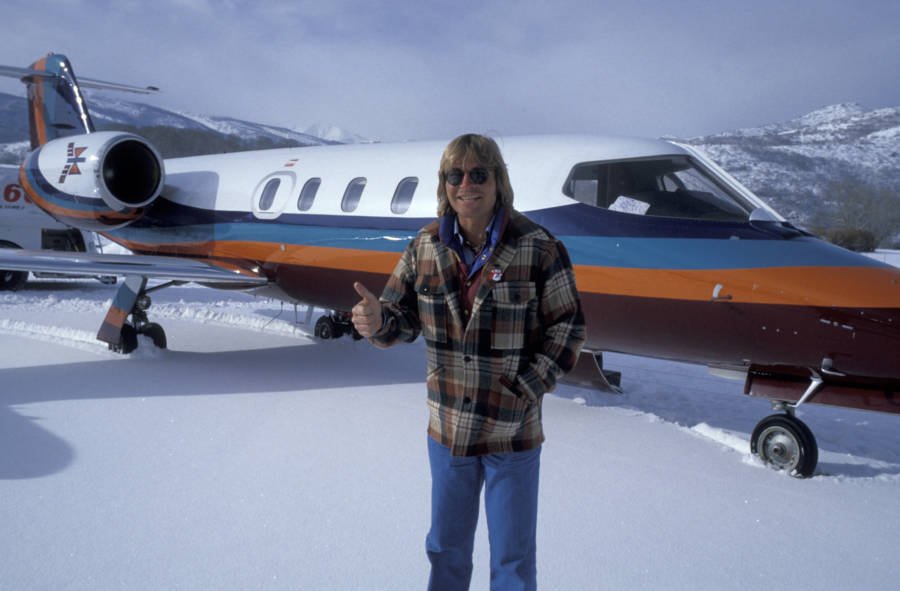 There is no doubt that the unraveled mystery about the death of John Denver is one of the most tangled celebrity stories known to us.

However, there are many, many theories about the plane and the unfolding of this tragic event.

Nobody knows what exactly happened here. Was there something wrong with the plane? Did John Denver understand what he was doing? Was all of this just an accident with an ugly outcome? Was it scened? 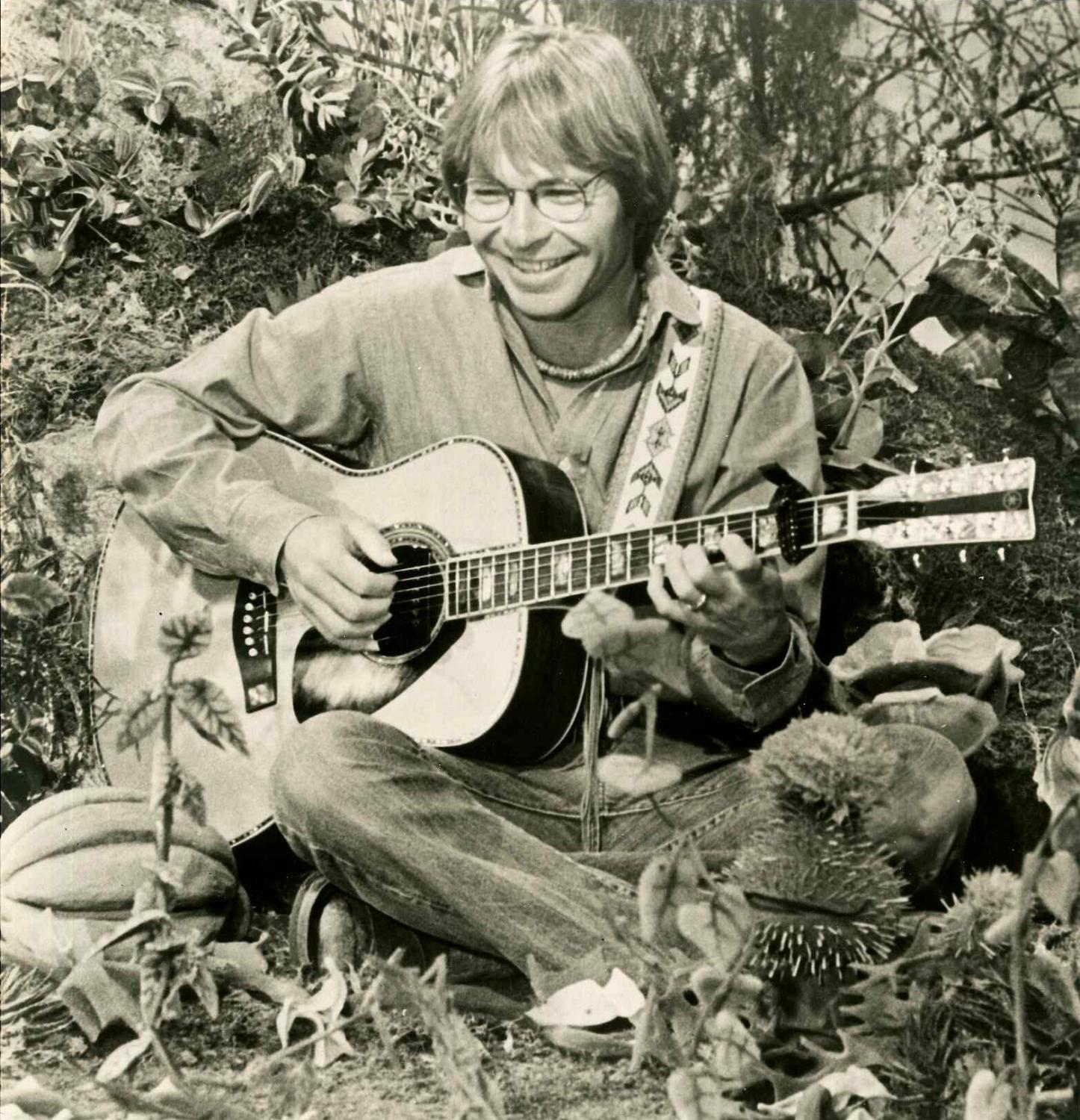 The investigators assumed that he ran out of fuel during the test flight over Monterey. He couldn't switch tanks, and he steered the plane into a nosedive that killed him.

Later, they found out that there was something wrong with the plane that caused the death of John Denver. This plane had a history with previous smaller accidents, and these facts tangled the situation even more.

There are too many questions about the plane that crashed under suspicious circumstances and not even a single answer that could prove whether any of these theories are true or false.

The fatal plane crash had brought not only the death of John Denver but also cemented the end of an era. His era. The period of a humble celebrity that didn't have the God complex.

All in all, he was just another human being, and he never missed an opportunity to show that to all of his fans.

After the Chad Mitchell Trio parted ways, John Denver's solo career was blossoming. Humble and unique, shy and nostalgic, people felt his honesty and his lyrics felt intimate and personal.

It was like he sang to give us hope and strength.

The one and only Country Roads was his signature song. But there didn't exist a piece that wasn't an ultimate hit - Annie's Song, Rocky Mountain High, Back Home Again, Calypso, Sunshine On My Shoulders - hit after hit, he claimed at the top.

John once said that he never had a formula for his success. And the critical thing was following his gut. He found inspiration in ordinary things, and his lyrics really reflected his emotions, his outdoorsy character, and his ultimate love for nature. 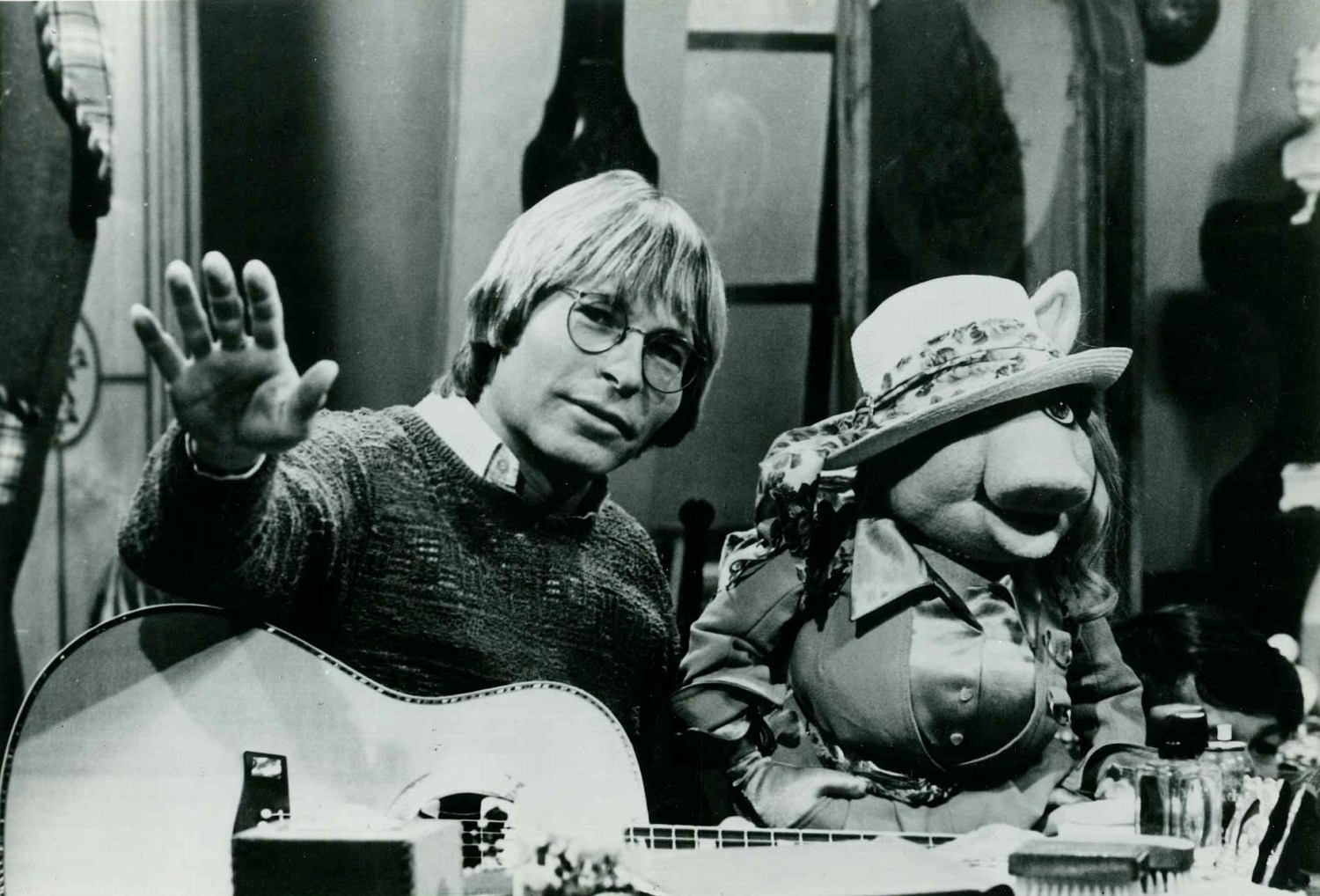 An interesting fact that shows how much he relied on his personal experiences and feelings is the story behind Annie's Song.

The couple lived in Aspen, Colorado, at that time. They argued, and John needed some time to cool his head and calm his thoughts. And, of course, he went skiing because it was his relaxing getaway when things got too overwhelming.

When his mind started drifting away, pictured started merging in his head. He explained that the last picture he saw in his mind was Annie. The words began kicking in, and he knew that this would be a song about her.

This is how he always wrote his songs—all of them.

The Last Photo Memories Of The Country Boy - How Old Would John Denver Have Been Today?

The early '90s weren't the best years for John Denver. His music career and his life, in general, were facing downhill, and there was nothing much that could be done.

Rock critics weren't on his side. They never tried to hide the fact that he isn't their favorite musician in the world, but it seemed like John Denver never cared for those comments anyway.

However, they affected him at some point, especially when his career dreamed of better days.

Moreover, he got arrested for drunk driving, and suddenly, we were facing another side of the famous singer.

But nothing scared him at all. He tried to do his best and see the best even in the ugliest things that happened to him. This helped him a lot in reaching audiences of all ages.

He would have been 78 years old today. 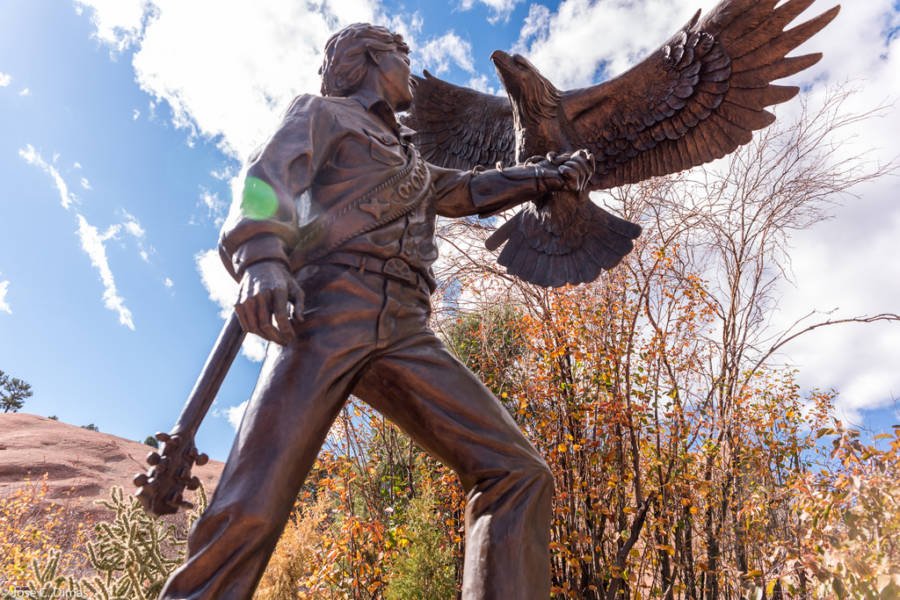 John Denver believed that there is a celebration in living, and we felt that through his songs. It was hard to picture him dead. He was so alive and bright. And instead of aiming for a scandalous life, he used his fame to make the world a better place.

And that is one more thing that proves how kind and compassionate he was.

So, the death of John Denver may have hitten us out of the blue, the mystery around it still floats in the air that surrounds us, but we're lucky he left us more than some folk music. 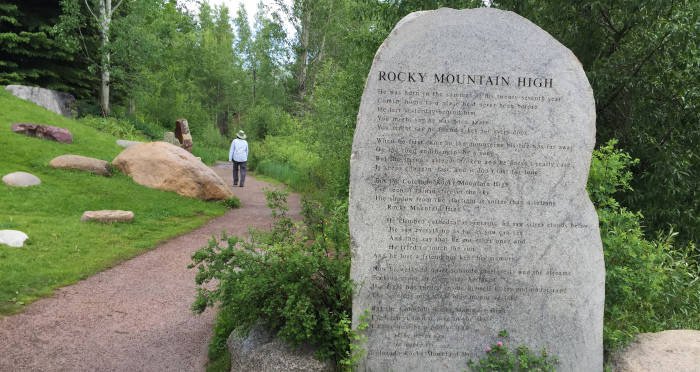 The loss of John Denver wasn't the end in a spiritual form of speaking. He was cremated, and his ashes were scattered around the Rocky Mountains - his one and only source of inspiration.

In the end, the country roads took him home—right to the place where he truly belonged.