Two icons. Two bands that influenced millions and two frontmen with charisma and impeccable ways to connect with the audience. Layne Staley of Alice in Chains overdosed on speedball 20 years ago on April 5, 2002. Kurt Cobain killed himself on the same date, in 1994.

While Cobain exited the scene at the height of Nirvana's popularity, Layne's addiction took him slowly and painfully. Layne hasn't been in the public eye since the mid-90s, so his death was lowkey. 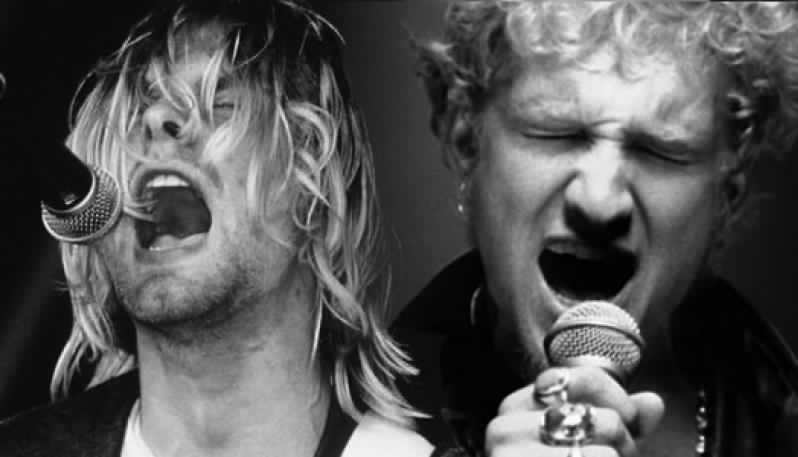 The iconic duo was indeed on friendly terms. Kurt and Layne were not best buddies, but they shared a love for parties, music, and drugs.

According to a legend, while playing Mike Starr's final AIC show in Brazil, Kurt flew on a private jet and brought treats. By the end of the night, Mike had overdosed and had to be revived.

"I get sick of people saying we are enemies. We don't hate each other. We are friends, and we support each others bands. I know I haven't got much of a voice, but Layne has one hell of a voice."

It should be enough, though people are still debating who did better: Nirvana, Alice in Chains, Pearl Jam, Mother Love Bone, Soundgarden, or someone else. This Seattle movement, known as grunge, came, conquered, and vanished. 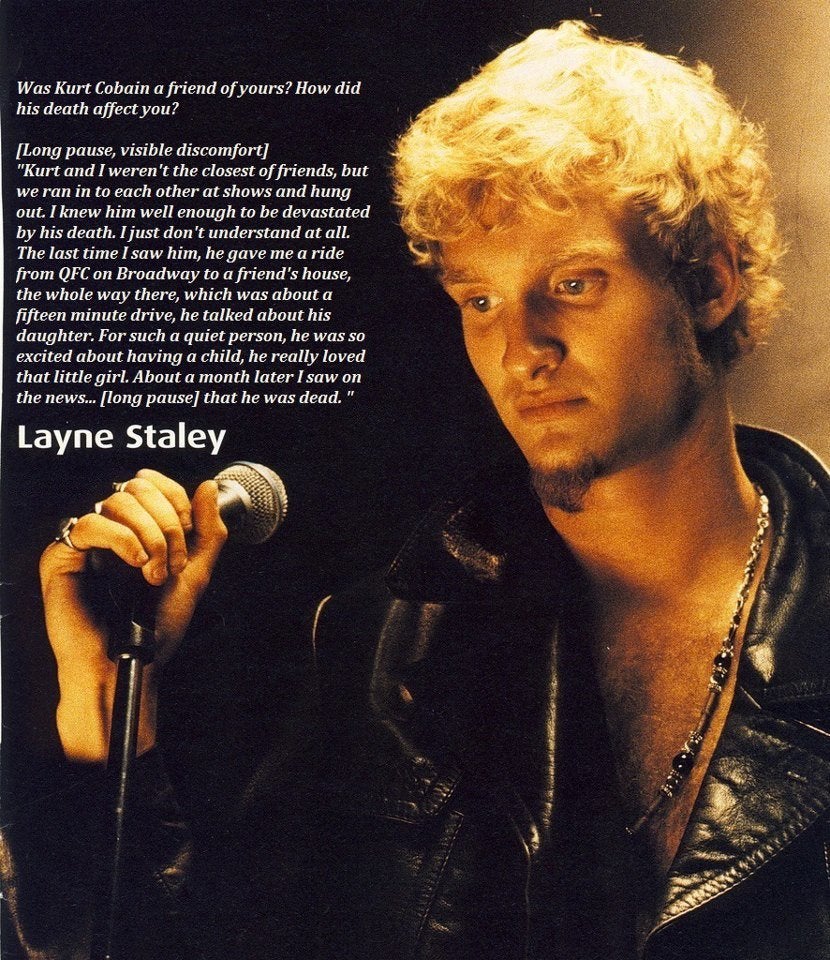 No, the bands did not disappear. The surviving members are still rocking. But, apart from Pearl Jam, it is strange to see them with original frontmen, who either OD'd or committed suicide. Seattle, music, and heroin.

Today marks 20 years without Layne Staley. But, he was gone long before his body died.

As for Kurt Cobain's suicide, that is one rock n roll story that will never stop being a mystery. Officially, Kurt was on heroin the night he shot himself with the shotgun. There is no doubt that he was depressed and unhappy and did not understand how to handle fame. Not many do.

The death of Cobain was massive, as all news channels stopped their programs to notify the public about disturbing news. Most people who lived in this grunge scene remember where they were when they heard about Kurt Cobain's suicide.

Scandals or controversies did not follow Layne Staley's death in 2002. His only long-term girlfriend passed away from bacterial endocarditis related to drug use. Demri Parrot was another victim of drugs in the Seattle scene, and she never spoke about Layne. They were a somewhat private, low-key couple who started as kids in love and ended up hooked on drugs.

The last person who saw Layne was the late Mike Starr, who was kicked out of the band in early 1993. Mike passed away in 2011 after several failed rehab stunts.

Starr said that Staley told him he saw Demri in his sleep. Layne was alone with his cat, and his body was found after 14 days. His family knew that there was no going back, as he could not find the strength to find the addiction.

The sources claim he played video games in the last years of his life, toothless, skeletal, but always polite and quite ashamed of his addiction. There were rumors that he had lost an arm due to gangrene.

Like Kurt, Layne had no idea how to handle the fame, and his last recording with AIC, songs Died and Get Born Again, was exhausting for all band members.

There is not one person who had anything to say about Layne other than he was an extraordinary talent and a nice guy overall. There was nothing fake about Layne or his relationship with Demri or his bandmates or his other bandmates, the short-lived project Mad Season, one of the most underrated supergroups.

In Mad Season, Layne worked with Mark Lanegan, who passed away this February, Mike McCready, and Duff McKagan.

Alice in Chains on MTV Unplugged remains among the top five, despite Layne's fragile state and disappearing looks.

Unlike Layne, Kurt's appearance on MTV Unplugged was more promising. He appeared happy to be there, which only made the news of his suicide more heartwrenching.

Two misunderstood heroes of a generation died on the same day. Both battled addiction and lost. Ironically or not, both musicians hated drugs, especially Layne.

"I'm not using drugs to get high like many people think. I know I made a big mistake when I started using this sh-. It's a very difficult thing to explain. My liver is not functioning, and I'm throwing up all the time and shitting my pants."

Layne was 34 when he died. Kurt remains part of the infamous club 27. Today, it is time to listen to music and educate ourselves on addiction. We owe it to Layne Staley and Kurt Cobain.

Layne and Kurt had plenty of help. The issues clearly go deeper, as two young, talented lives were wasted, and so were many others. For one, Andy Wood, the beloved early grunge icon, also OD'd at 24 before even making it big.

Wood's tragic story initially pushed the so-called grunge bands and made them superstars. But that's a story for another day.

Layne was right, as it rained when he died.