Dating Game's Cheryl Bradshaw remains one of the luckiest women ever. She almost went on a date with a monstrous killer, Rodney Alcala, but changed her mind and lived to tell.

In 1978, Cheryl Bradshaw, a drama teacher from Phoenix, Arizona, was ecstatic. She was chosen to be a participant in the famous reality TV show. Similar to today's Bachelorette, but without all the glitz, the Dating Game was widely popular, but there was one significant issue.

There were no background checks. Because, if there had been, Dating Game's Cheryl Bradshaw would not have only to rely on her gut feeling to avoid becoming Rodney Alcala's victim. 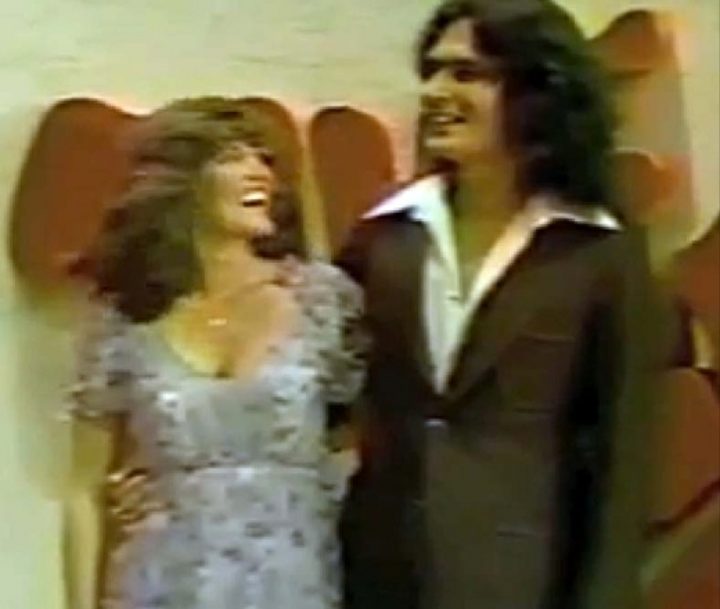 Young and beautiful, Cheryl had a choice between three men. She flirted and was initially besotted by the serial killer. So, when she chose him, the audience was pleased, as they enjoyed their banter and Alcala's quick and witty responses.

However, she did not want to go out on a date with Rodney Alcala. Once the cameras were off and the two started chatting, Cheryl "started to feel ill. He was acting really creepy."

Bachelor number 2, actor Jed Mills, told CNN that he could barely stand next to Alcala as he was "creepy." He explained:

"He was quiet, but at the same time, he would interrupt and impose when he felt like it. And he was very obnoxious and creepy — he became very unlikable and rude and imposing as though he was trying to intimidate. I wound up not only not liking this guy … not wanting to be near him … he got creepier and more negative. He was a standout creepy guy in my life."

Dating Game's Cheryl Bradshaw's gut feeling was the only thing that kept her alive. A year later, she would learn the horrific truth about a rapist and serial killer who was just as brutal as Bundy. Yet, his name never became as famous or infamous. 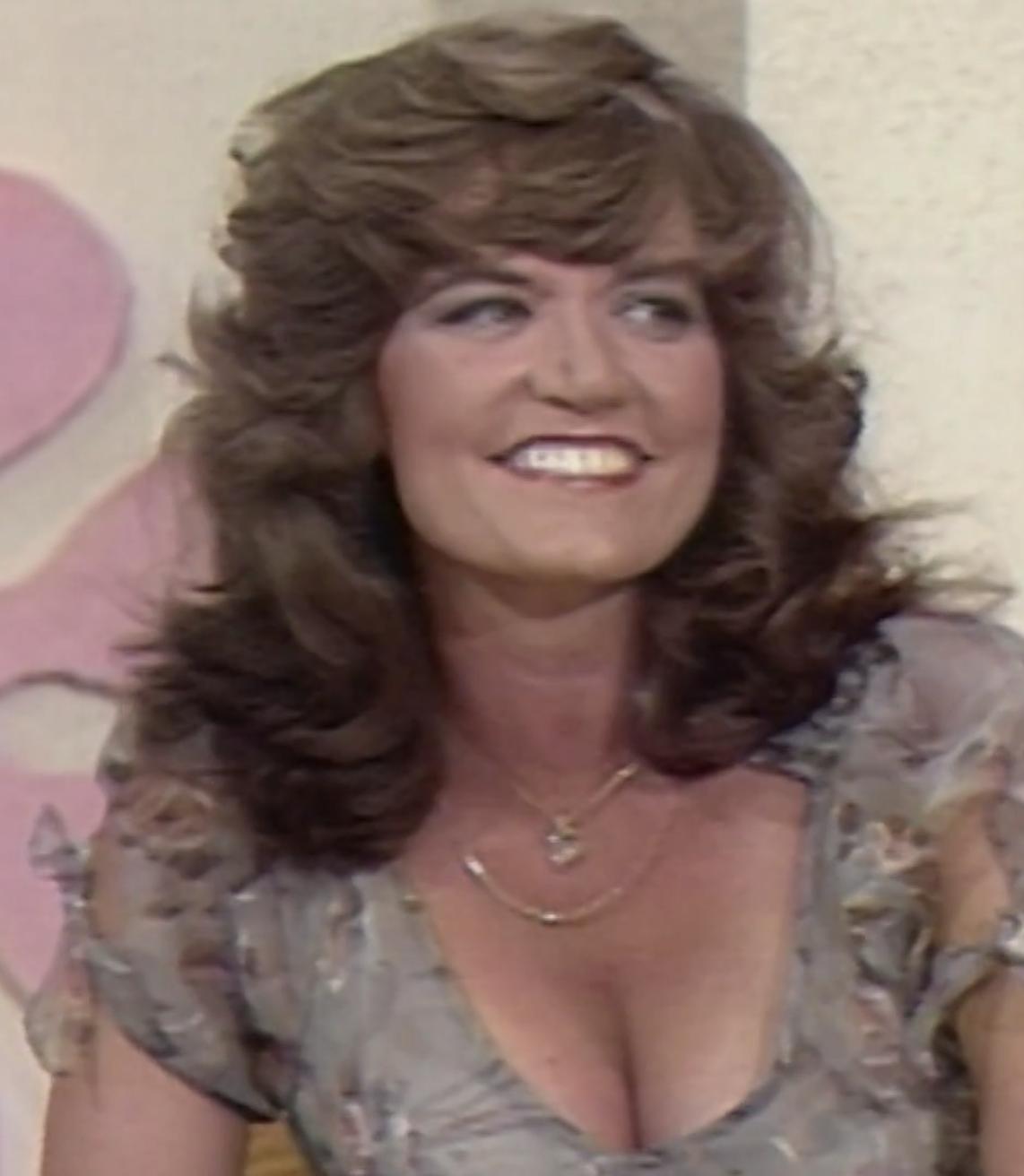 Before coming to the show, Rodney had already killed at least five women and raped a girl who was only 8. Later, the list of his victims would be more extensive, and to this day, no one can say how many crimes he committed.

A registered sex offender not only went to television, but he almost stole the heart of Dating Game's Cheryl Bradshaw. The 35-year-old presented himself as a charming photographer, a masterful but harmless flirt, and a UCLA graduate. His IQ of between 160 and 170 made him a brilliant predator. 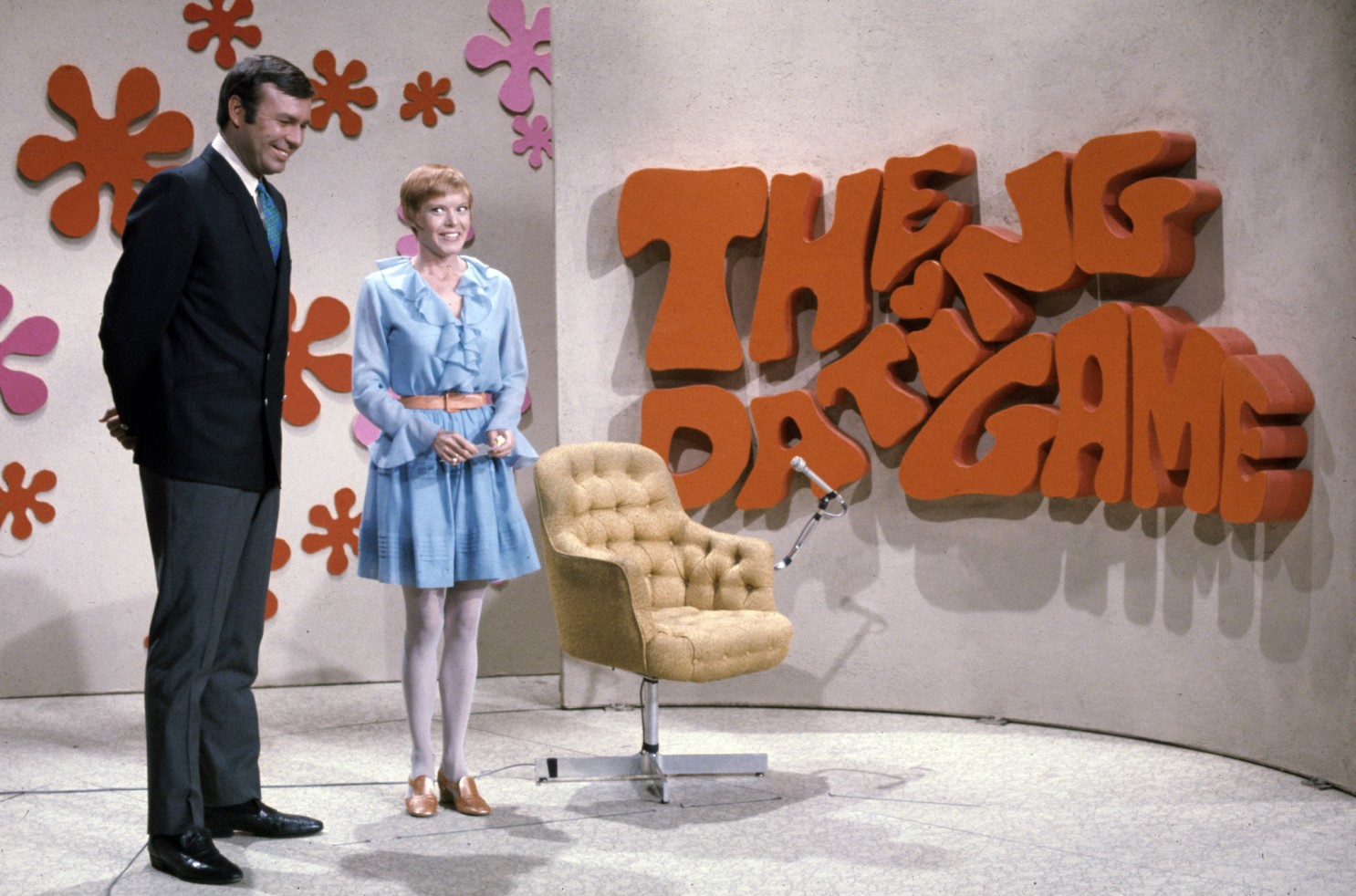 Cheryl merely did not want to see this man again because, as much as he tried to keep his mask on, it undoubtedly slipped once they were backstage.

It should be noted that the highly intelligent and educated murderer was a "psychopath of the first order," as LAPD detective Bob Souza called him. So, Cheryl's date could've easily turned into rape, torture, and revitalization, only to be killed.

By the time the Dating Game's Cheryl Bradshaw met Alcala, he already had ten years of horrific crimes behind him. He used the same charm that won her over to lure some of the victims into his apartment in Hollywood.

Apart From The Dating Game's Cheryl Bradshaw, One Person Was Suspicious Of Alcala

ABC executives loved Alcala. All but one.

Executive producer Mike Metzger did not want the killer on the show, as "he had a mystique about him that I found uncomfortable." Metzger's wife, talent coordinator Ellen Metzger did not share this opinion, as Alcala put her under his spell.

Alcala ended up on the show, and what those who disliked him might have sensed was his "anti-social personality disorder." For this reason, the serial killer was discharged from the army at 17.

The disorder includes a lack of empathy or guilt. As much as he managed to manipulate others, some saw through Alcala's act, and the Dating Game's Cheryl Bradshaw was one of them.

The producers and the audience feel in love with the killer. But they were not the only ones who did not see him for what he was. He was a sex offender who spent two years in prison when he got a job at The Los Angeles Times.

Even the police were fooled, as retired LAPD Detective Steve Hodel said, "I had no idea in two years he would be out and continue his reign of terror and horror. I expected he was put away and society was safe. … It is such a tragedy that so much more came after that."

Dating Game's Cheryl Bradshaw And The World Learn The Truth 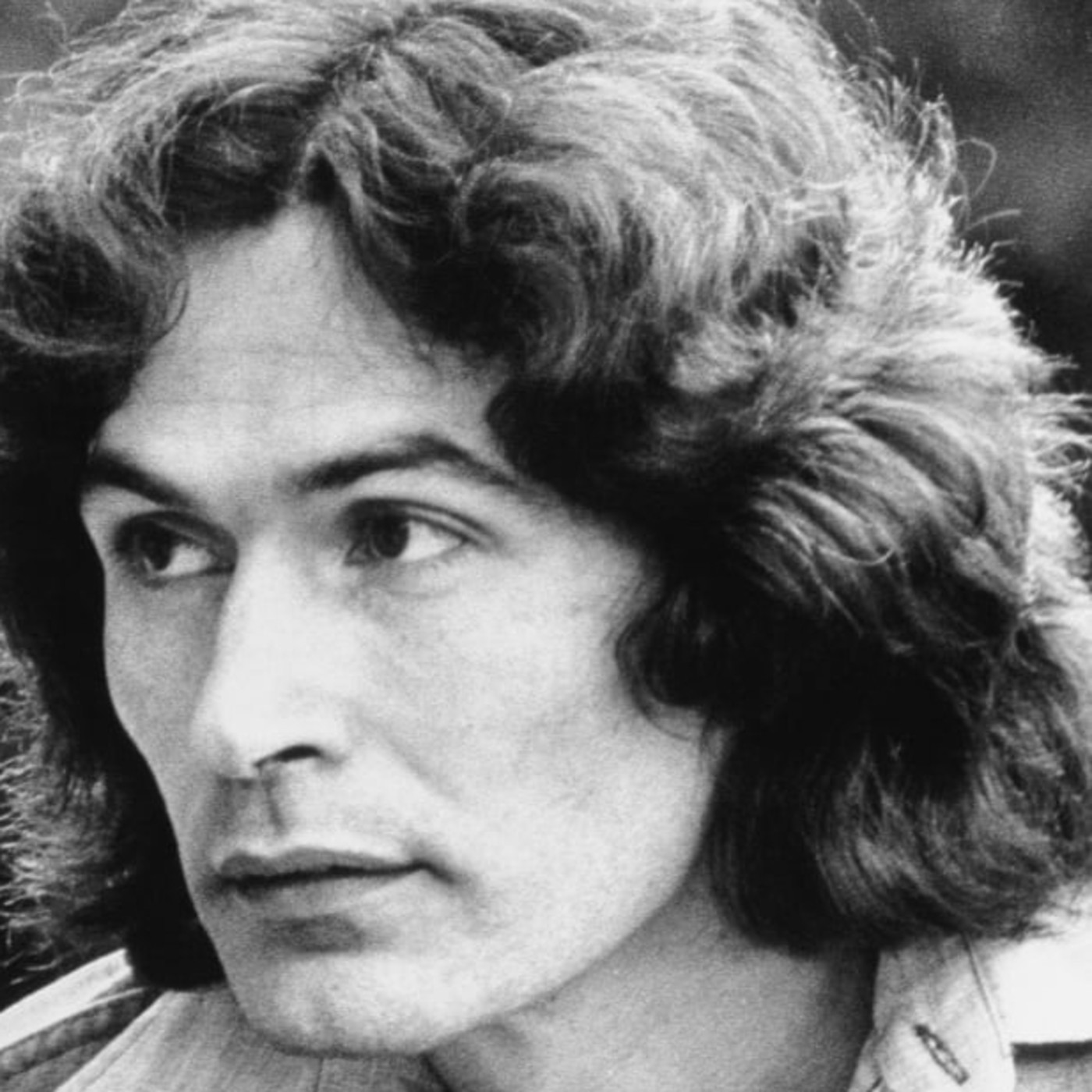 In 1979, the gruesome killer befriended, abducted, and killed Robin Samsoe. She was only 12.

Robin Samsoe was assumed to be The Dating Game Killer's final victim. The girl's body was found, and her friend and bystanders gave the police a sketch. His parole officer recognized Rodney Alcala.

The police found a storage locker in Seattle where they located Samsoe's earrings during the search. Yet, they found additional photos of girls and young women, so the number of Alcala's victims could be over 100.

Alcala worked as a photographer, which he used as an excuse to approach his unsuspicious victims. 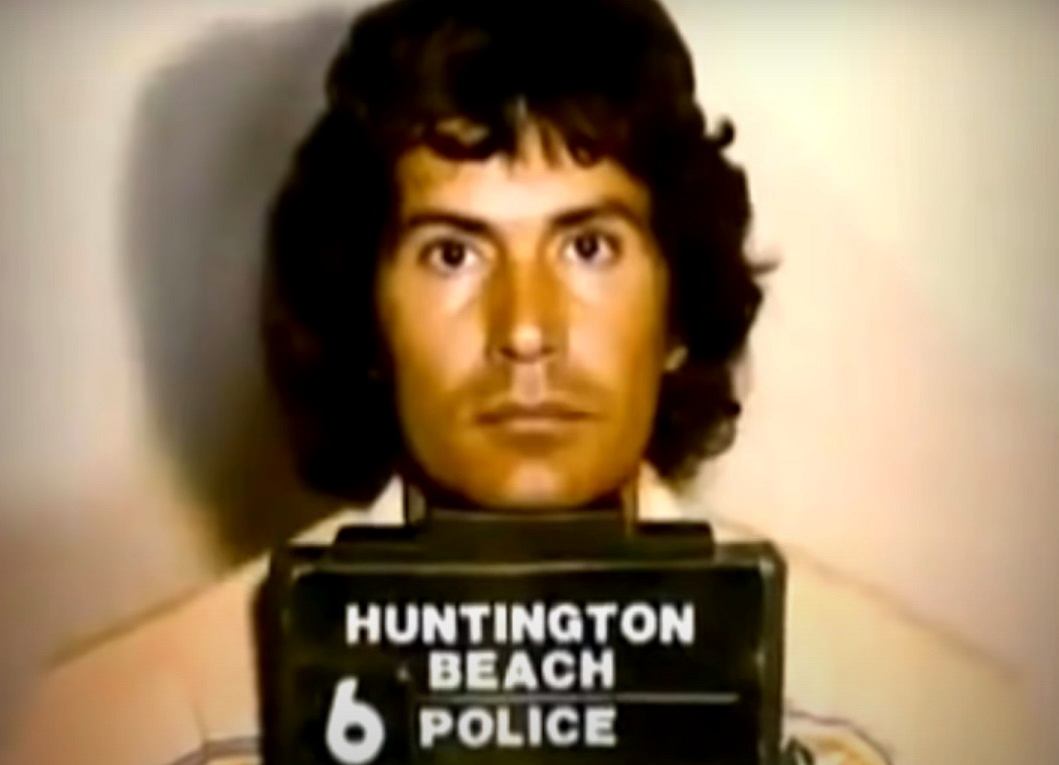 The police said that around 900 photos would not be shown to the public due to brutality or sexually-explicit nature. Several photos taken by Alcala show women and girls who were already slaughtered.

The serial killer died in prison in 2021, awaiting execution. New DNA technologies connected him with other murders. That's why it is impossible to say how many killings Rodney committed in the late 60 and the 70s.

How Dating Game's Cheryl Bradshaw avoided the same faith as all other poor victims is still fascinating.

Dating Game's Cheryl Bradshaw did not want to recollect the encounter. Netflix is making a movie, Rodney & Sheryl starring Anna Kendrick as Bradshaw.

According to internet gossip, Cheryl passed away from natural causes at the beginning of 2021. However, it is highly likely that the bachelorette changed her name and tried to live a normal life after a close encounter with the sadistic killer.

With the movie coming up later this year, we may learn more about Dating Game's Cheryl Bradshaw and what happened to her in the decades that followed.

From this perspective, it is easy to see the serial killer's words for what they were. "We're going to have a great time together, Cheryl" takes a new meaning when you know that you are talking to a monster.

Even saying that his favorite time of the day was "the night. Night-time" is way more sinister once you know that Rodney Alcala raped and murdered dozens.

There is no doubt that the Dating Game Killer was a master actor, as criminal profiler Pat Brown explained:

"Serial killers are predators and are acting like an animal trying to get his prey and the rest of the time he is trying to blend in so we don't notice him."

Yet, Dating Game's Cheryl Bradshaw had a hunch. Despite sealing their matchmaking with a kiss, she did not want to see him again. Do not underestimate your intuition.