So influential was Gertrude Bell that she rubbed shoulders with the likes of Winston Churchill and T.E. Lawrence, better known as Lawrence of Arabia. The three met in Cairo as Iraq was turned into a self-governing state.

However, the truth is that Bell had played a major role in drawing up the country's borders and choosing its ruler. Although imperialists wanted nothing to do with her, to the Iraqis, she was a queen and a "mother."

She also earned names like Daughter of the Desert, Mother of the Faithful, and more popularly, as the Uncrowned Queen of Iraq.

When she negotiated self-governance for the Iraqis, British imperialists had to abandon their plans of maintaining their control over Iraq. To this day, she remains a hero after the 1921 feat, but in Britain, she left a more complicated legacy.

The First Visit To Iraq 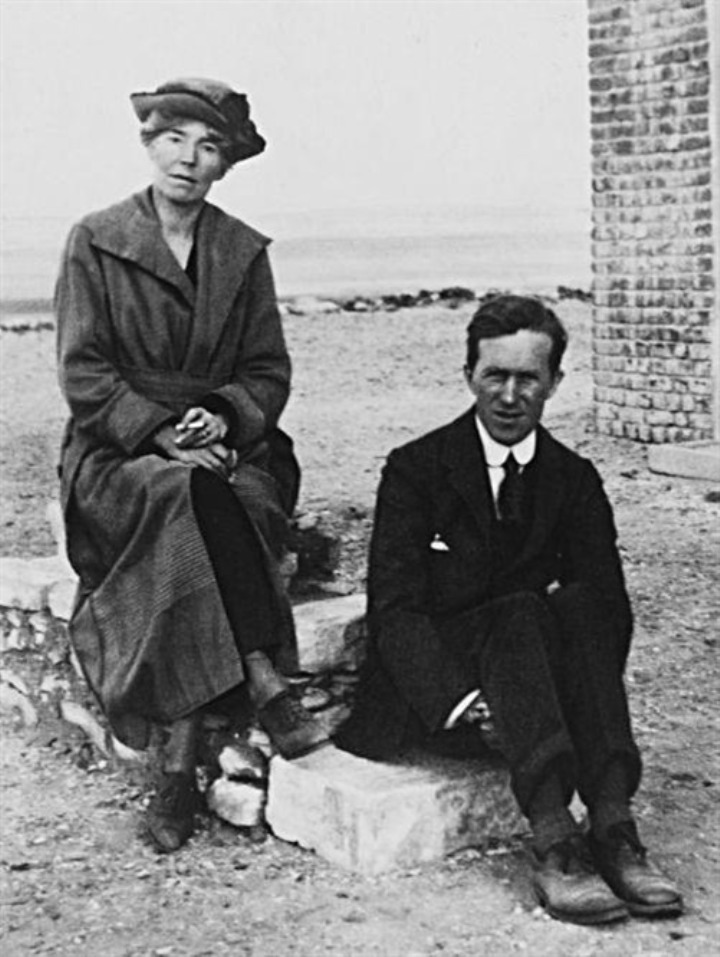 Gertrude Bell was born on July 14, 1868, and she studied modern history at Oxford. She made the record of being the first woman to get a first-degree honor at the institution.

At 21, she had it all. She had a great education and the backing of her wealthy, industrialist family. At the age of 24, she turned into an international explorer. A mountain in the Alps, Gertrudspitze, was named after her after becoming the first climber to reach its peak.

In 1892, Bell visited Iraq for the first time. She was fascinated and emerged herself into this new world wholeheartedly. In The English Patient, an award-winning film, a man says, "let's hope he was right" after a fellow soldier says, "the Bell maps show a way."

However, Bell was a woman who had crisscrossed Iraq on several occasions and created the maps for the Royal Geographic Society. This was just one of the many things she had done while in the Middle East.

Sometimes, her adventurous spirit got her into trouble. For instance, in 1902, she was trapped in a blizzard in the Swiss Alps. For more than two days, she was hanging from the side of a mountain. Still, she managed to get herself down despite having frostbitten hands and feet.

Bell went on to climb several other mountains after that.

Venturing Into The Desert 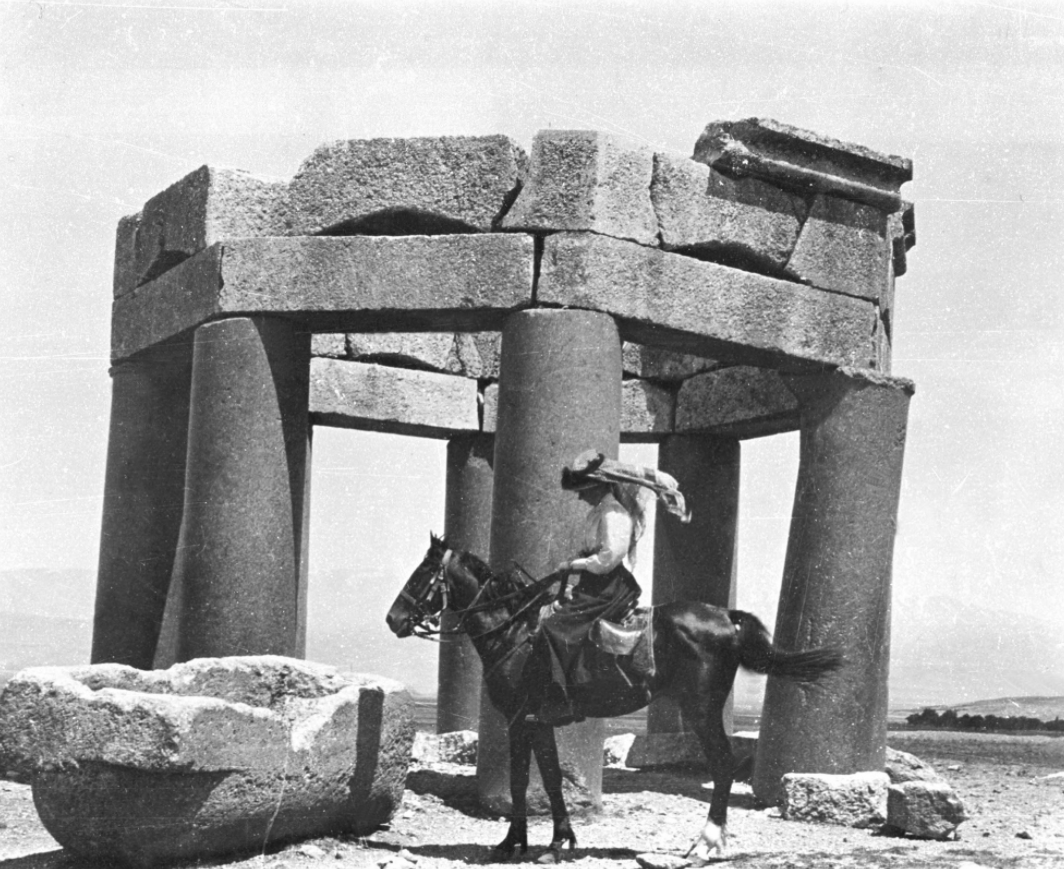 After dealing with freezing terrains, Bell decided to venture into the deserts of the Middle East. In 1909, she went through Mesopotamia, all the while taking photos of important archeological sites.

After ISIS destroyed many of these sites, these photos have proven to be the most important records of these sites. In 1913, she went to Persia and published photos and books about what she saw in Syria and Mesopotamia.

Most Britons would not care about learning the local language. Still, Bell went a little further and took an interest in the culture and politics in addition to learning Arabic, Persian, and Ottoman. For making that effort, she ended up making a lot of friends.

While in the Middle East, she met Lawrence of Arabia, a young officer who helped Arabian nations get their independence from England.

Lawrence was an archaeologist's assistant when the two met, and she predicted that he would turn into a traveler. Her prophecy turned out to be true. 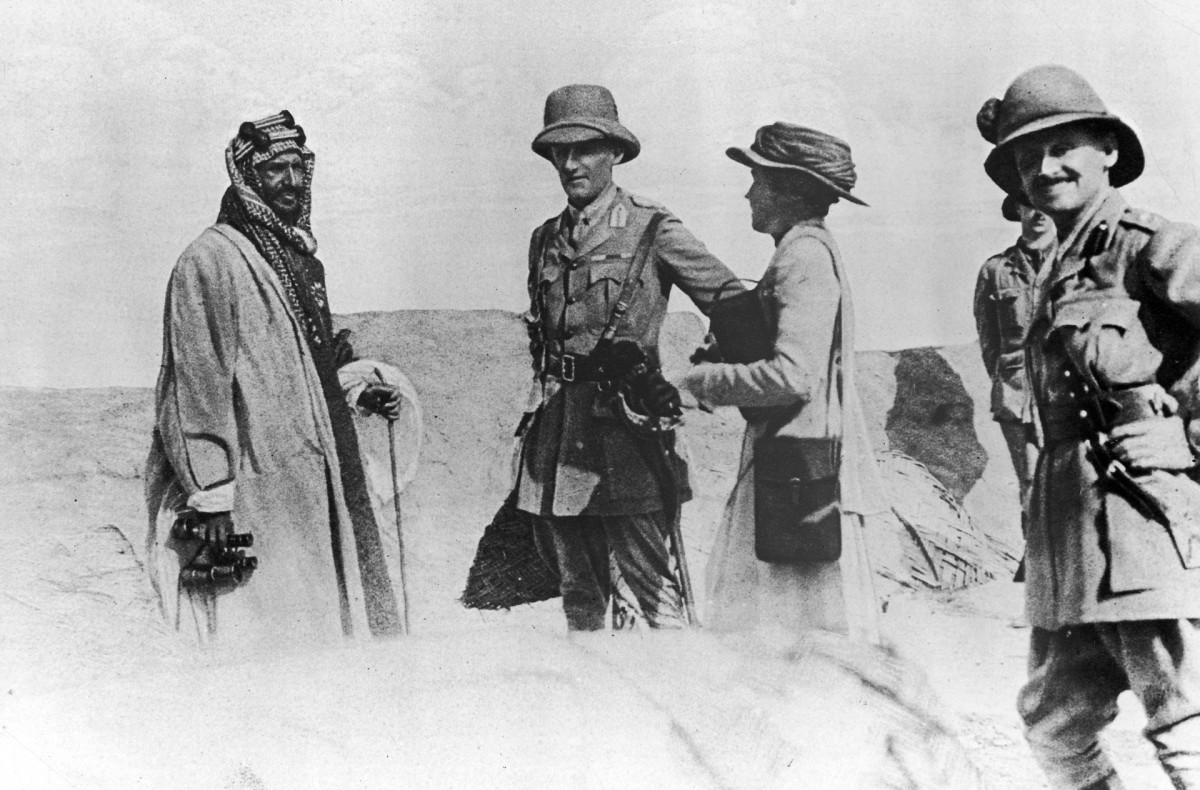 After WWI started, the British enlisted Bell's help in their attempt to win against the Ottomans. The Ottomans reigned over parts of the Middle East, Eastern Europe, and North Africa. With her close allies and vast knowledge of the region, her support was critical.

Soon, she got a telegram from Britain, saying they wanted her help. The British were facing a lot of pressure in their attempt to win a military campaign against the Ottoman Empire.

Just like that, Bell became the first woman to work for the British military intelligence in 1915. There was no precedent to the role she got, and she was given the title of "Major Miss Bell." That set in motion her dizzying ascent to the top of Arabian politics. The future of Iraq rested in her hands.

While working with the British, Bell managed to enrage many generals, offended by her confidence and intellect. It didn't help that she had no issues dressing down British officers, who often sought opportunities to return the favor.

Bell was certainly an asset, and a tribal leader once described her as a "mighty" and "valiant" woman. She spoke eight languages, and to the Iraqis, she was more of an Iraqi than a Briton. 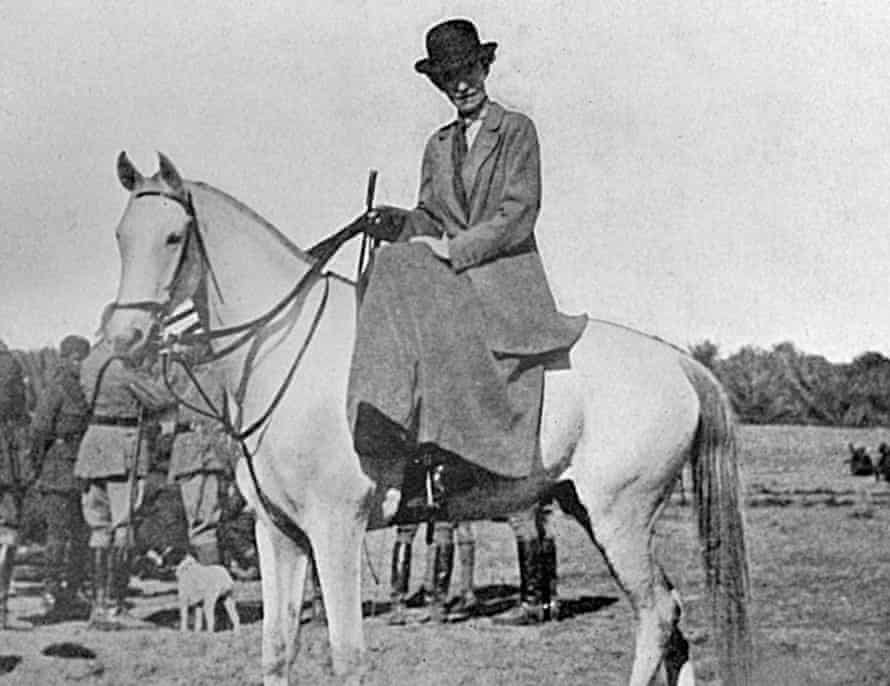 She worked with Lawrence, and they suggested that the British get Arab allies to get an edge against the Turks to beat the Ottomans.

Luckily, she had many Arab allies, and when she offered them the promise of independence once the war was over, they quickly jumped on the chance to help the British win.

However, the British had no intention of keeping that promise, but in the end, that didn't matter, as Bell would tenaciously fight to ensure Iraq got its independence.

On October 3, 1932, Iraq got independence after a concerted effort on Bell's part. She had advocated for self-rule in the 1919 Peace Conference and reported to the government in 1920. Bell also visited Cairo with Lawrence and Churchill to advocate for self-rule in Iraq.

She also recommended that Faisal I become the ruler of the new state. After the country gained independence, Bell worked with the new government, and she helped create the Iraq National Museum. Faisal appointed her as the director of antiquities, and she worked hard to ensure that Mesopotamian artifacts were in Iraq and not British museums.

In Iraq, they called her "khutan," which means a "respected lady." 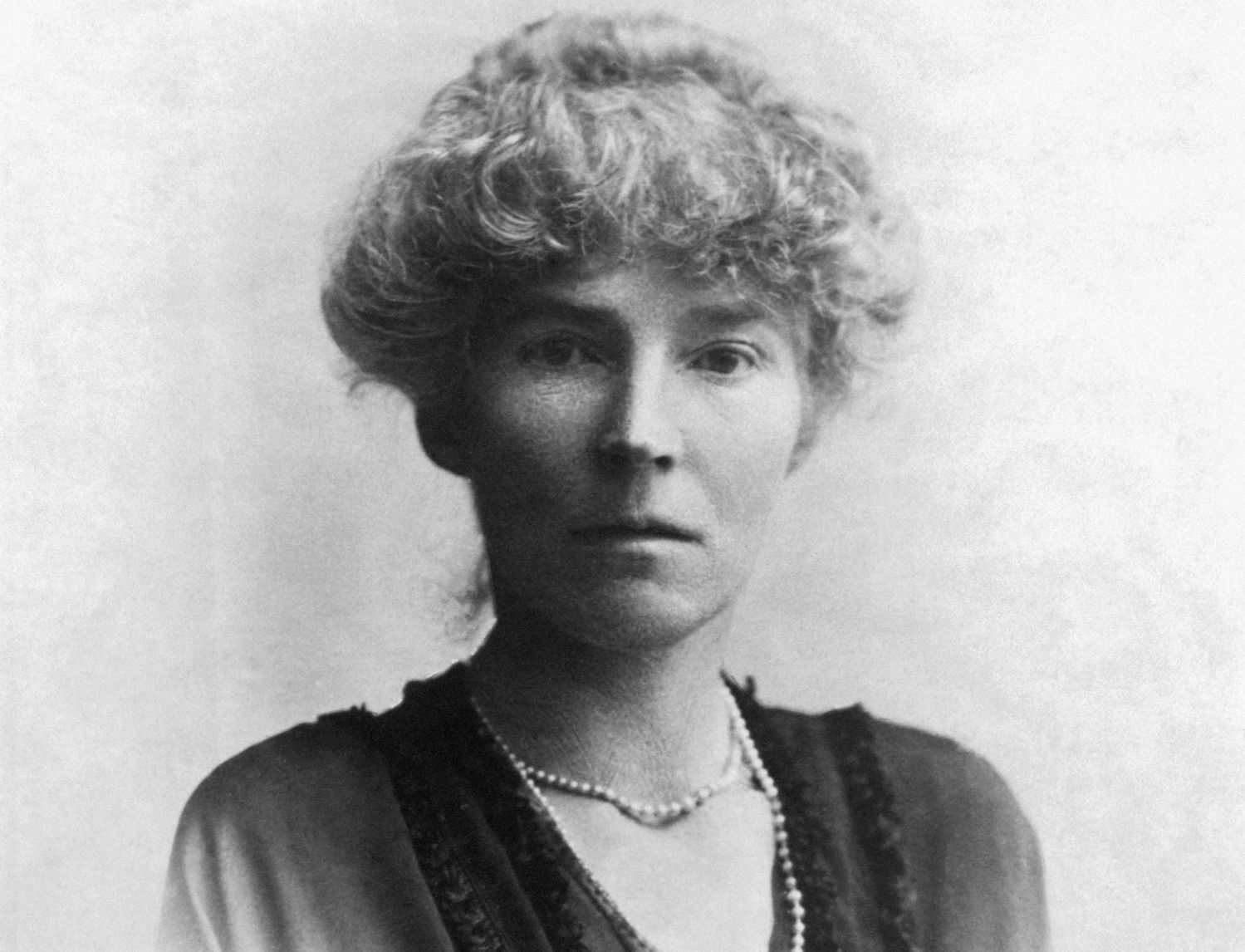 Unfortunately, not everyone in the West respected Bell's efforts. Bell even drew the ire of British imperialists, who wanted to maintain their grip on the Middle East.

One such man, Sir Mark Sykes, had made a secret deal to divide up the Middle East with France and Russia. He said that Bell was a "silly chattering windbag of conceited, gushing, flat-chested, man-woman, globe-trotting, rump-waggling, blethering ass!"

When working with the Britons, they schemed to exclude her and hide the truth from her. However, she would not allow anyone to sideline her, and she was relentless in her fight for freedom in Arabia. She often interacted with top influential figures in the region and focused on her goal of helping the Iraqis.

After successfully completing her mission, Gertrude Bell got back to archaeology. Although she was proud of her achievement, she was not keen to do it again:

"But you may rely upon one thing, I'll never engage in creating kings again; it's too great a strain."

Over time, her influence decreased as she was needed less and less by the young Iraqi nation. That contributed to her depression and loneliness and led to her decision to get back to archeology, which was a poor substitute for the exciting world of politics she had grown accustomed to. 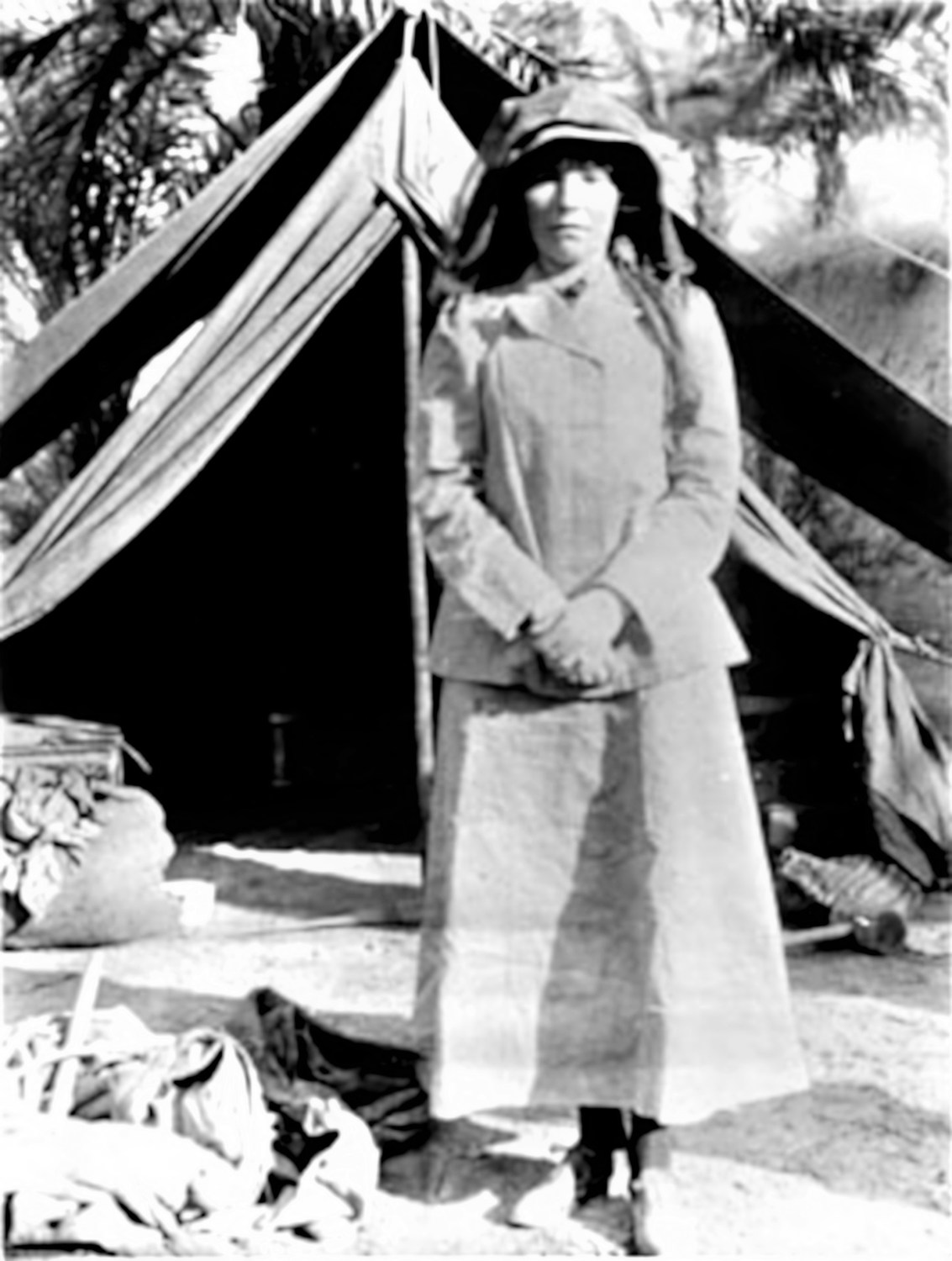 Eventually, she was found dead from a sleeping pills overdose in 1926, and nobody was able to tell if her death was an accident or a suicide.

Before her death, she had been struggling with lung disease. She was buried in Iraq as per her wishes. Bell was 57 at the time she passed away.

However, even though Britain did not look at her favorably, the Iraqis honored her. Part of the problem with her acceptance in her homeland was the fact that she had opposed the country's ban on women voters.

Unfortunately, the administration she fought to put in place failed, and Iraq plunged into violence and unrest, which continues to this day. However, the country still remembers her fondly many years after her death. Still, Bell would be incredibly proud of her place in the hearts of many Iraqis.

She was also featured in films such as Queen of the Desert (2015) and the documentary Letters from Baghdad (2016). So, the "mother" of Iraq has not been forgotten, and the world is growing more appreciative of her role, sacrifices, and desire to bring freedom to the Middle East.