The Colossus of Rhodes was one of the seven wonders of the ancient world and the tallest statue at the time it existed. Rhodes had about 3,000 statues, but none was as massive as the breathtaking Colossus.

The Colossus of Rhodes was erected on the island of Rhodes. Today, the location is just off the coast of modern-day Turkey and between the Greek mainland and the island of Cyprus.

The statue was quite famous, even outside the island of Rhodes, which made it a must-see for anyone visiting the isle.

Although the Colossus of Rhodes survived for just 54 years, its legacy lives to this day. Unfortunately, it was destroyed in 226 BCE by an earthquake, having been built in 280 BCE. However, it continues to impact art, history, and imagination.

Was The Colossus Of Rhodes The Biggest Statue Ever Built? 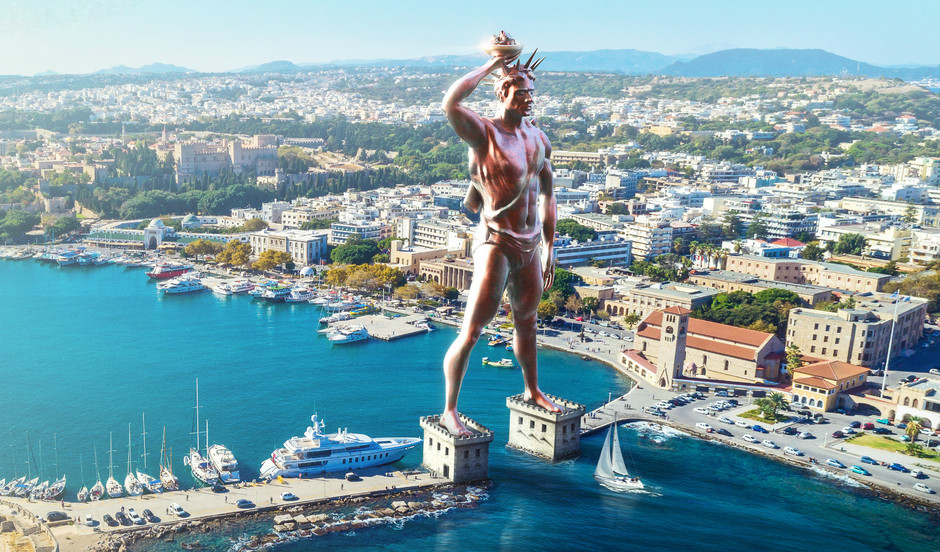 The statue was built by architect Chares of Lindos, a student of Lysippos, a sculptor. The structure rested on a 50-foot marble platform and rose to 110 feet. Such a colossal construction would have been quite technically demanding at the time.

For instance, lots of bronze was necessary during the construction of the Colossus of Rhodes. Experts estimated that about 12 to 13 tons of bronze were required, meaning the global bronze industry had to be involved.

Allegedly, weapons left behind by the attacking army had to be sold to help raise funds necessary to finance the statue's construction.

Internal struts were used for support, and stone weights were necessary to enhance its stability by adjusting its center of mass. At the time, these techniques were quite innovative.

The builders put mounds of dirt piled around the sides of the statue to make construction easier. To onlookers, the heaped ground might have seemed like a volcano. Once construction was completed, the dirt was moved away, and the Colossus of Rhodes was revealed to the world.

By some accounts, the Colossus of Rhodes had one foot on either side of the river so that ships could pass under it. However, this theory does not make much sense since the statue would have had to be 150 meters wide, which means it would have needed to be around 500 meters high. Even by modern standards, such a construction would be impossible. Not even the tallest statue in the world today is that high.

The Statue Represented Patronage By The Greek God Of Light 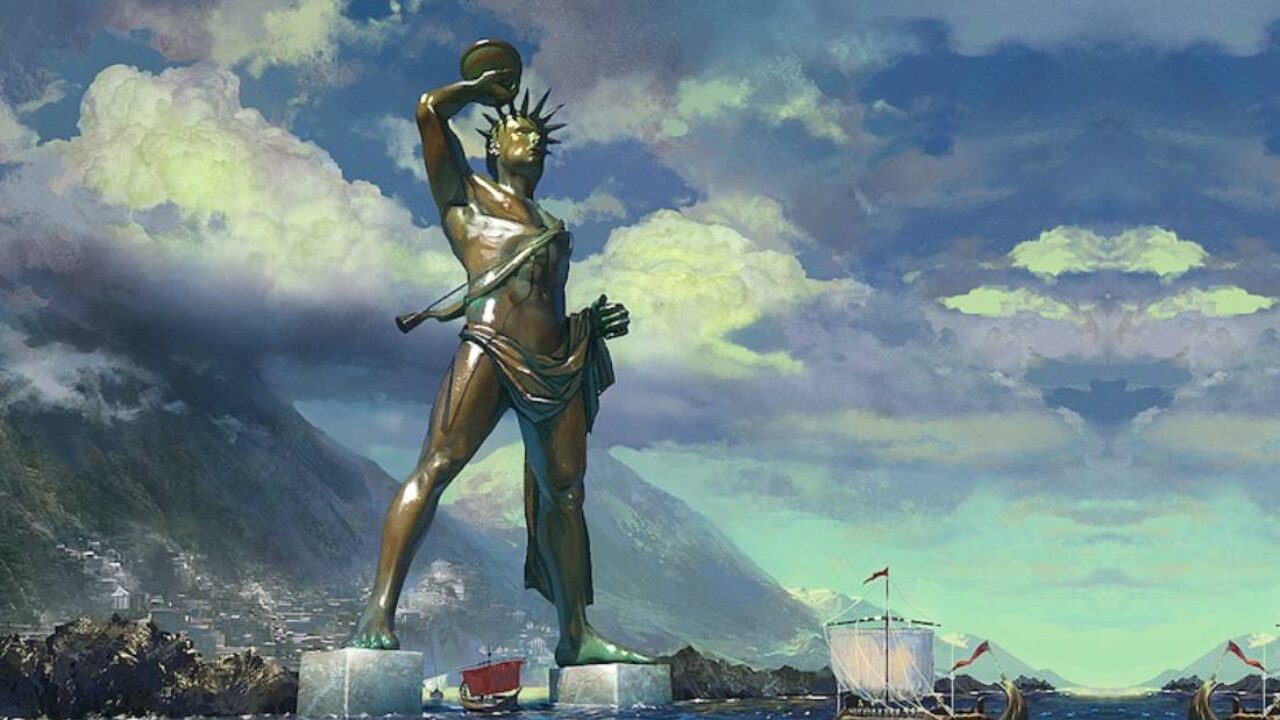 To the residents of Rhodes, the Colossus of Rhodes symbolized power and strength. Rhodes was a large island, and it was filled with many traders. It also had an impressive naval fleet.

The island of Rhodes was also among the most important trading ports in the Mediterranean at the time.

Apparently, Rhodes was attacked for a year without getting conquered by the leader of Cyprus, Antigonus I Monophthalmus. Although the invading army had 40,000 soldiers, the island of Rhodes was well defended and impregnable even after the attackers built siege towers that would allow them to breach the walls.

After several failed siege attempts, the army had no option but to leave.

Therefore, the people of Rhodes decided to build an incredible statue to honor Helios, one of the Greek gods. Helios was the god of the sun, and he was the patron deity of the island of Rhodes.

The locals believed that Helios would ride his chariot across the sky every day in order to bring sunlight. For Rhodes island, the god was critical since Rhodes is the name of the nymph with whom Helios had seven sons.

In fact, every five years, the locals held the festival of Halieia in his honor.

The Statue Remained On The Ground For 800 Years 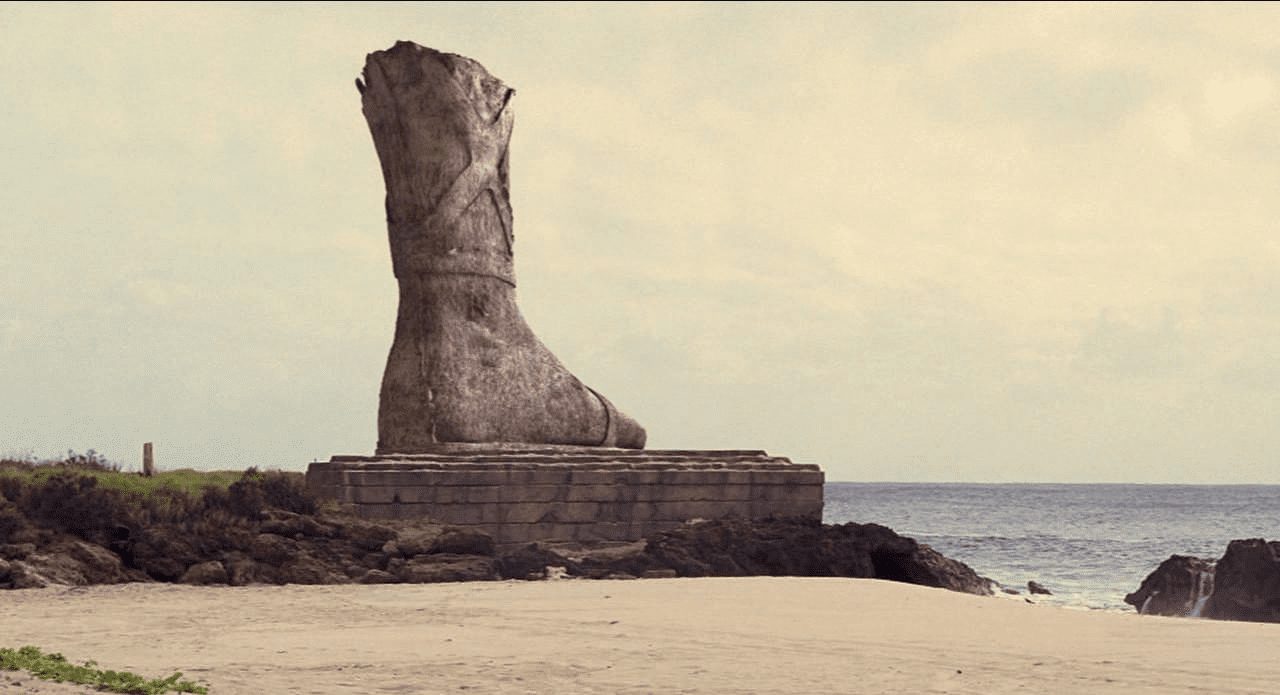 The statue's base had an inscription that paid tribute to Helios, saying he was the reason the Colossus had been raised "high up to the heaven." Since then, the term colossus has been used in reference to enormous statues and not just any figure.

Apparently, when the earthquake that destroyed it came, the Colossus of Rhodes broke at the knees and fell backward. However, it fell on land and not in the water. Given its massive size, the statue was left where it lay and remained there for 800 years before Rhodes was captured by Muawiyah 1, who sold it to a Jewish merchant.

The statue was taken away by 900 camels and melted as scrap. Even when it lay on the ground, it was so impressive that many people specifically traveled to see it. Many people were amused by the fact that they could not wrap their arms around the statue's thumbs. According to legend, one of the fingers of the Colossus was larger than most statues. 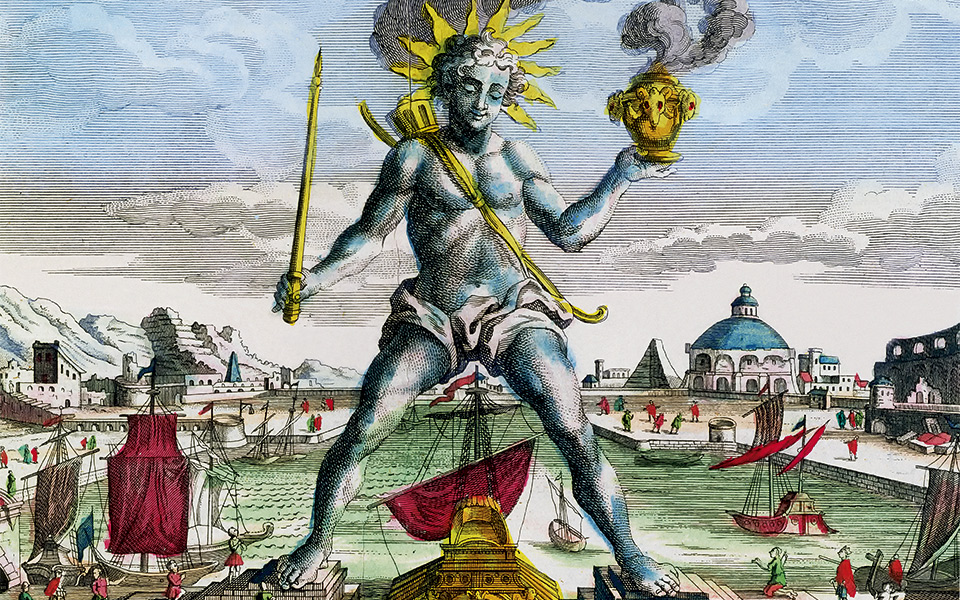 Strangely, little is known about the Colossus and its appearance since it was destroyed so early. Whatever depictions exist of the massive statue, they are based on stories about what it looked like.

It is not even clear where the statue was erected, but it is speculated that it was set up on the eastern side of the harbor.

The Colossus is somewhat of a mystery, mainly because an earthquake destroyed it. No effort was made to rebuild it because the residents of Rhodes believed that Helios destroyed the statue because he was angry with them.

However, many residents initially favored having the statue rebuilt, and Ptolemy the Third even offered to have this done at his expense. An oracle, however, managed to convince the public that the reason the statue collapsed was that it had offended Helios. 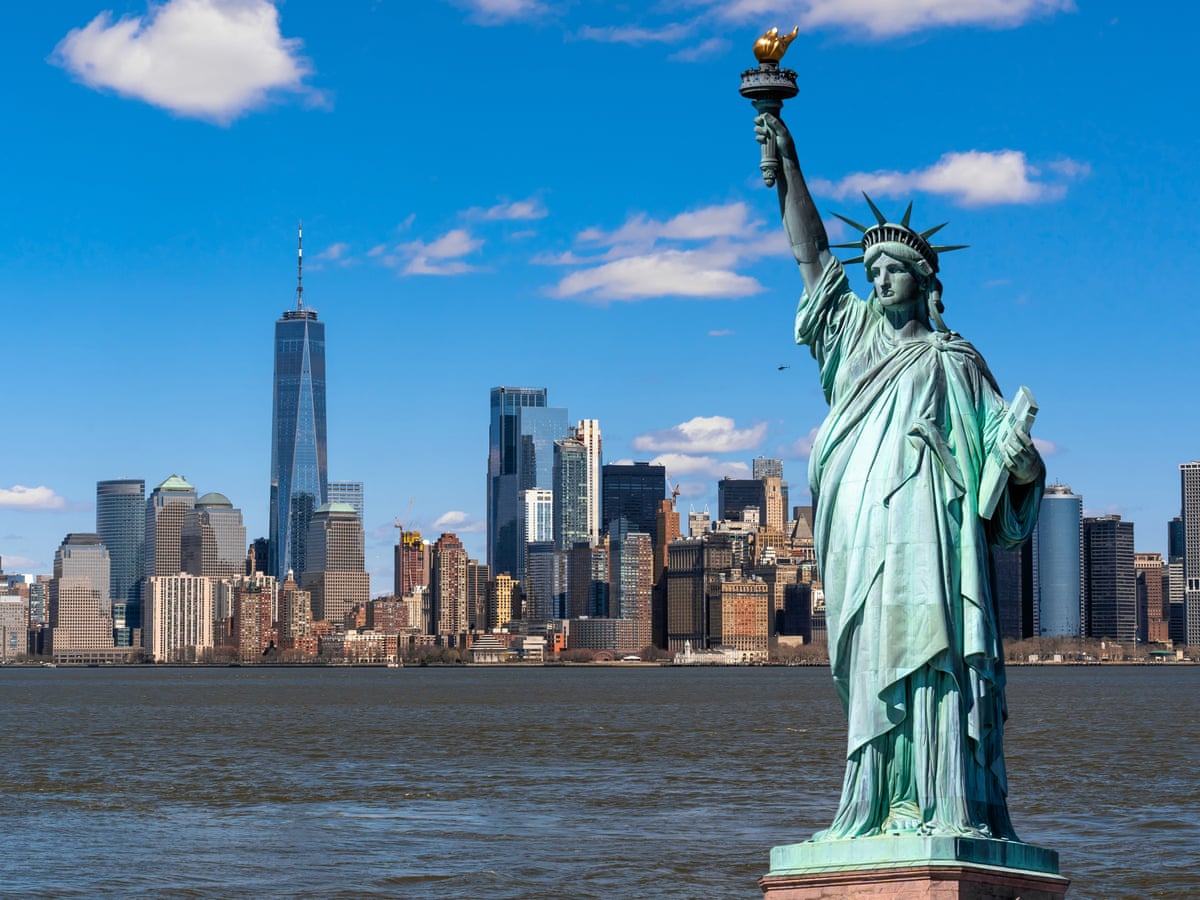 "Why man, he doth bestride the narrow world/ Like a Colossus, and we petty men/ Walk under his huge legs and peep about/ To find ourselves dishonorable graves."

Still, historians believe it was impossible for the statue to be massive enough to allow ships to pass below it.

The Statue of Liberty is believed to be based on the same design as the Colossus of Rhodes.

The ancient statue had bronze plates that were made by melting copper and adding iron. Copper was used due to its ability to withstand the elements and offer structural strength. The marble base was preferable because it offered sturdy support.

In fact, the Colossus of Rhodes and the Statue of Liberty are about the same size since Lady Liberty measures 111.5 feet in height against the Colossus' 98.4 feet. That is why it has been called the "Modern Colossus."

It is rumored that large stones found on the seabed close to the shore of Rhodes might be the remains of the Colossus. However, some experts have rejected this theory.

In 2008, it was announced that the statue would be rebuilt. The project would cost an estimated 200 million euros, and the statue itself would be about 60 to 100 meters high with a design that would allow people to get inside.

However, this was not the first time the idea was proposed. There have been many attempts to rebuild the structure throughout history, but adequate funding has never been gathered.

To this day, the Colossus of Rhodes is still a mystery.