Let's travel to the most humid depths of the jungles of South America. There lives the Candiru, the most feared fish in the region. It is so scary it got the nickname the vampire fish of the Amazon.

Nature is full of magic in each of its corners: fantastic plant species, dreamlike landscapes, and curious animals. They show us the perfection of the world we inhabit. As in one of the best phrases written for the environment, by Henry David Thoreau; "In nature is the preservation of the world."

When thinking about the Amazon, images of the most varied and dangerous animals come to mind: piranhas, freshwater rays, bull sharks, alligators, anacondas... But among these powerful predators is a tiny candiru fish. It is an almost invisible but terrifying minnow that resembles a needle.

This harmless-looking animal is one of the most feared parasites in the Amazon. And if it manages to penetrate your body, you will indeed have something to worry about.

What Is The Candiru Fish? 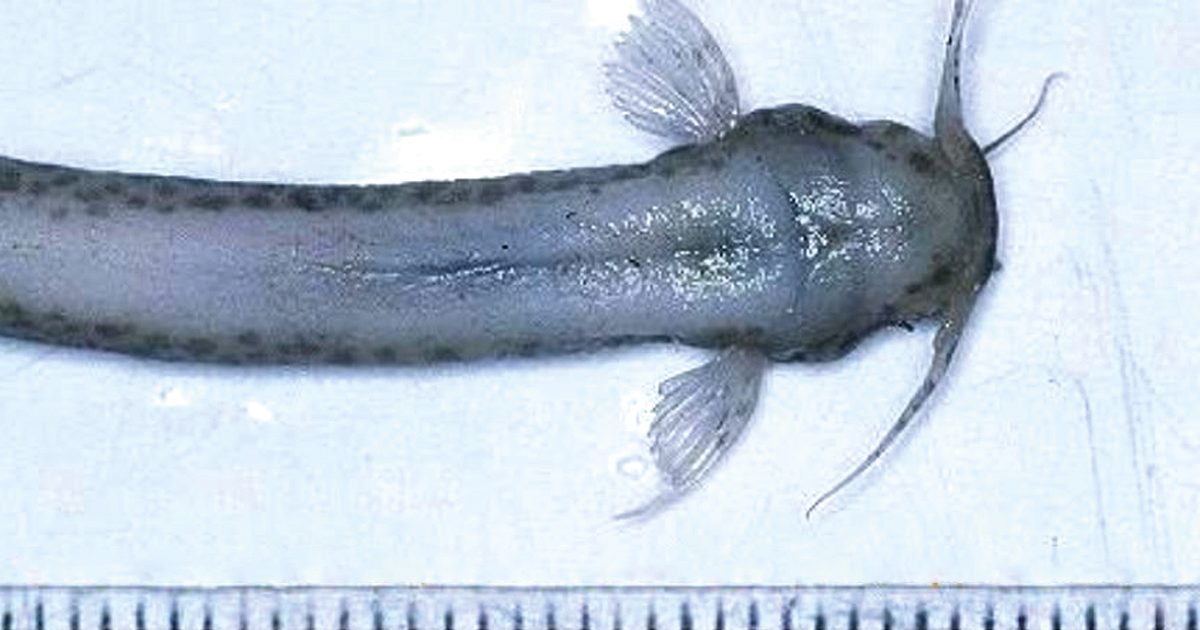 The Amazon vampire fish was discovered at the beginning of the 19th century. Since then, it has captured everyone's imagination and is one of the most dreaded jungle legends. Its scientific name is Vandellia cirrhosa. At first sight, it is nothing more than a small transparent and elongated fish.

What has made it a legend of the Amazon, before which even the bravest turn pale with fear, is not its appearance. It's the fact that it is considered one of nature's real animal vampires.

The Candiru fish can enter the body cavities of its victims to suck their blood. The candiru fish sneaks into its host through natural openings, such as the gills in the case of other fish. If it chooses a larger creature, it gets into its genitalia and excretory organs. Really unpleasant.

How Does Candiru The Amazon Vampire Fish Attack?

The indigenous tribes of the region are full of legends about the Candiru. They also know the best ways to avoid the Amazon vampire fish.

Oral tradition, which has been passed down from generation to generation, speaks of the scary nature of the Candiru. It tells that if men urinate while bathing in fast-flowing rivers, the Candiru fish can enter them through the orifice of the penis. From there, it swims until it lodges in the urethra.

When the fish enters its victim, they cling to the body with a kind of hooks or spines. Thanks to these, they can feed on the person's blood while making it difficult to be expelled from the body.

Such is the foresight of the locals around the candiru vampire fish. When bathing in the rivers, they do so against the current and cover their body orifices. Although cases in which the fish enters the body of men through the penis are more popular, it also occurs with women.

The Candiru fish enters a woman's body through the vagina. This happens when she is menstruating, as the smell of blood attracts the fish. This parasitic fish can access the human body through the penis, vagina, urethra, and anus.

Documented Cases Of Attacks By The Candiru Fish 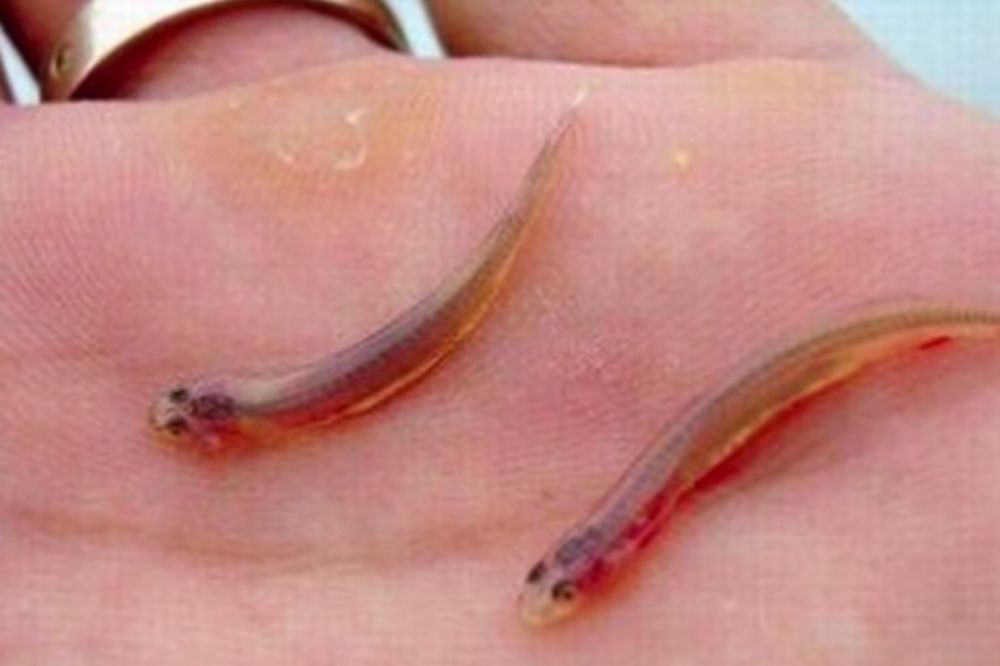 The first documented case of an attack by the Candiru fish was brought to the public in 1829.

The German biologist C.F.P. VonMartius visited the Amazon area and was warned of the presence of the fish. He explained that some of the men in the area tied a string around their penis when they got into the river. This was done to prevent the aquatic parasite from entering their bodies.

Other tribes put protectors on their genitals. The biologist speculated that it could be to protect themselves from piranha bites rather than from the attack of the Candiru fish.

Another incident came to light thanks to Eduard Poepping. In 1836 he made notes from the statements of a certain Dr. Lacerda from Pará. This doctor had witnessed a case in which a Candiru fish was lodged in a human orifice. However, instead of taking refuge in a penis, as the natives feared, this time it had lodged in a woman's vagina. The victim found a remedy for the invasion using the juice of a plant called Xagua.

Another witness, a little closer to the Amazon vampire fish attacks, was Dr. Anoar Samad. Samad in 1997 claimed to have been invaded by one of these fish while urinating in the river.

However, scientists have dismissed the candiru attacks on humans. Since there is only one clinical case recorded in humans and several researchers have already denied its veracity, it is considered to be a myth of its own among the natives.

The good news is that there are no well-documented infestation cases in humans, contrary to the horror stories published. And there are millions of people living in the Amazon and millions of tourists visiting each year.

Is It Attracted To Urine? 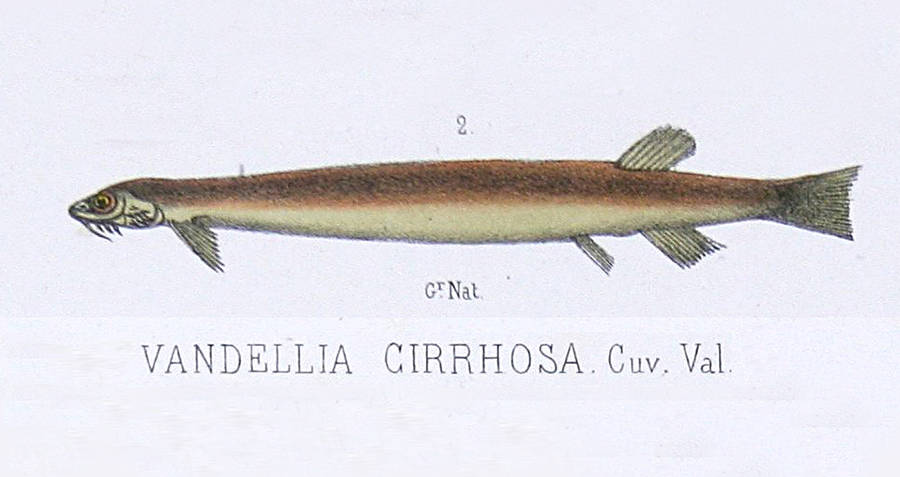 The legends about the Candiru fish force men and women to bathe in the rivers covering their body orifices. But, some tribes have a particular theory about the attacks of the Amazon vampire fish.

They say that the fish does not sneak into any organism that bathes in the river without explanation. But rather, it does so because of a particular stimulus. It is believed that some people's urine components could give off certain odors. The candiru fish finds these odors attractive, same as with menstrual blood.

These theories have been dismissed, and it is now believed that the fish chooses its victim by sight.

What To Do If The Candiru Fish Has Entered Your Body? 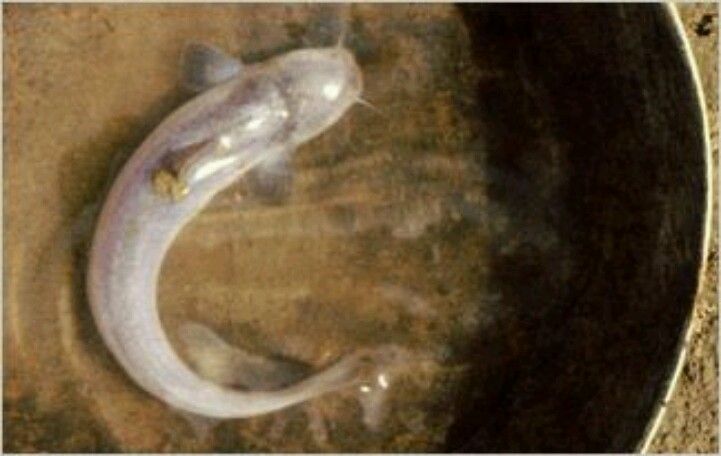 If the Amazon vampire fish has entered a human body, it quickly generates quite annoying symptoms. The victim begins to suffer great pain in the area where the fish has settled to feed. This is a severe invasion.

The most complex thing about it is that the fish is fixed firmly inside the body thanks to its anatomy. That's why its natural expulsion is practically impossible. To get rid of it, it is necessary to perform surgery on the penis, vagina, anus, or the place where this annoying animal has settled. Terrible!

Luckily, experts ought to disagree on this matter. Dr. Bauer wrote that the human body is a very different environment from that of fish gills and, as stated in his paper, "in the urethra, with no available oxygen and no room to swim, the fish is unlikely to survive even a few minutes."

The odds of being attacked by a candiru are "about the same as being struck by lightning at the same time as being bitten by a shark."

Despite this, in some surfing competitions that take place in these rivers, the use of neoprene suits is recommended. And, just in case, the researchers use protection when they enter the waters where this fish lives.

Knowing this, would you dare to bathe in the Amazon waters?