Even though you have seen hundreds of fish, nothing can prepare you for the shock of seeing the barreleye fish for the first time.

This fish is one of the most mesmerizing creatures you could ever see. It spots a clear dome-shaped head, and it has eyes that are so advanced that they have both lenses and mirrors to help the fish see better in dark waters.

This fish stealthily swims 2,500 feet under the water with its transparent head, looking for food.

With an appearance that makes it look more like a submarine than a fish, most people would think they have encountered an alien creature. Yet, seeing it is highly unlikely, and even marine biologists struggle to find more about these creatures.

However, most deep-sea fish have pretty unusual and spooky appearances. So, the barreleye fish is hardly the strangest creature dominating the bottom of the ocean. As far as their sizes go, barreleye fish tend to be around 15 cm (6 inches) long.

What's The Deal With The Barreleye Fish's Eyes? 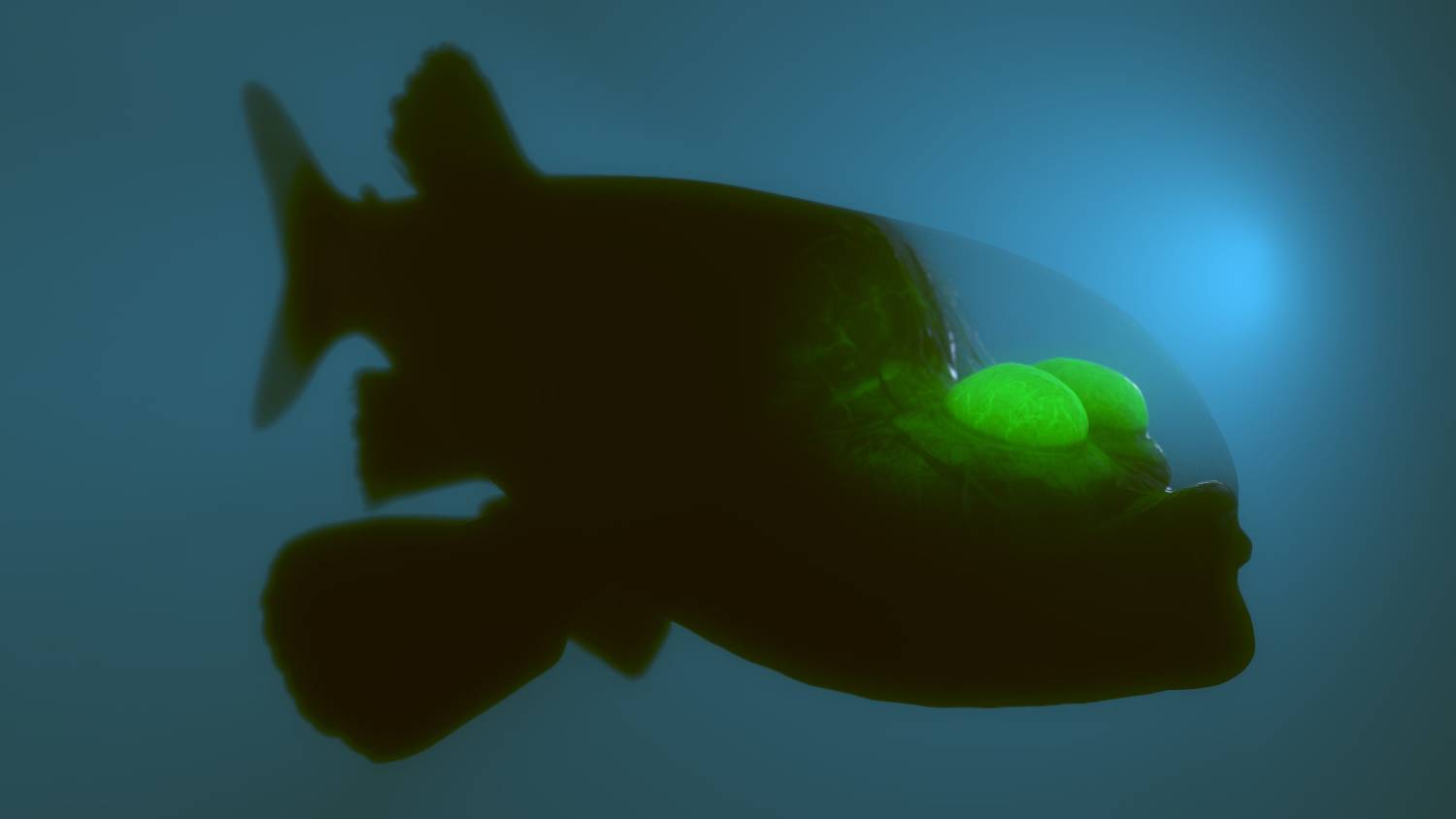 Strangely, what looks like eyes on the barreleye fish are actually nostrils. They are clearly visible above its mouth. Members of this species have strange tubular eyes, and they all live deep under the water.

The two tubular and barrel-shaped eyes are the reason they are called barreleye fish. The eyes are enclosed deep within the extensive, transparent dome tissue. That's why the fish appears to have two greenish globes floating inside a transparent head.

Scientists believe that the green color helps the fish filter out sunlight from the surface several meters above. There is also a likelihood that the green hue is important in helping see bioluminescence in potential prey.

Although the eyes typically look upwards, they can also look forward.

The bottom of the sea is very dark. Therefore, barreleye fish need very sensitive eyes to make out their prey. These remarkable eyes can see very slight silhouettes of the prey above them.

The transparency of the barreleye's head is provided by a transparent fluid, which seems to direct more ambient light to the eyes and allow the fish to see better in poorly-lit underwater environments. The only downside is that the eyes have a narrow field of view.

Some species of barreleye fish have special pigmented scales on their bodies known as "soles," which deflect light from their bioluminescent organs to help light up the sea around them. It is also possible they use this feature to communicate among themselves.

Experts think it's difficult to spot the barreleye fish because they are usually motionless until they spot their prey. The fish can point their eyes directly upwards, which allows them to spot shadows and take action.

Generally, the fish feed on tiny crustaceans and jellyfish.

When attacking the prey with their mouths, the barreleye fish can rotate their eyes forwards to understand better what they are about to consume. Incredibly, the discovery that the eyes could point forward was only made in 2019.

While waiting for prey, the fish stays motionless with the help of its large fins. After spotting prey directly above it, the eyes are moved in a forward direction, and the fish swims upwards with its mouth in the front, ready to feed on whatever unfortunate prey crossed its path.

It Was Only Recently Discovered The Barreleye Fish Have Transparent Heads

Although the barreleye fish was first discovered in 1939 by Wilbert McLeod Chapman, the realization that they have transparent heads is more recent. When caught dead in fishing nets, the skull loses its transparent feature. This led to the conclusion that the fish could not see what was in front of it.

Discovering the barreleye fish was not easy. The team behind the project had to take more than 5,600 dives to record over 27,600 hours of video footage just to encounter the fish nine times. MBARI's (Monterey Bay Aquarium Research Institute) remotely operated vehicle (ROV) helped us learn more about this strange water creature.

The barreleye fish can be found in a range of habitats, including the Bering Sea, Baja California, and Japan.

Some scientists think that the transparent heads might offer this species' eyes' protection from stings by jellyfish.

Barreleye fish share the same environment with many types of jellyfish, including colonial jellies, which can have tentacles that are over 10 meters in length. These tentacles trap small creatures that barreleye fish enjoy, which is why they would need advanced eye protection from the stinging cells of the jellyfish to survive these feeding circumstances.

There Is Plenty To Learn About Barreleye Fish

There are still many things we don't know about barreleye fish. That's hardly surprising considering that scientists only got a chance to observe them in their natural environment during the twenty-first century.

For instance, since the barreleye fish live so deep in the ocean, scientists don't get how they survive at such depths with their gelatinous bulbous heads.

The scientists could not even collect the animal and study it under a more controlled environment as they do not have a procedure in place to take care of it outside its natural habitat.

According to research, some of these fish have bioluminescent organs.

So far, only 19 species of barreleye fish are known, and the last two were added to the list in 2016 after they were seen off the coast of New Zealand.

Currently, experts are not even sure about the population numbers of barreleye fish.

So, like most of the sea, over 90% of which remains unexplored, many things about the barreleye fish remain unknown. However, we are making progress, with about 2,000 new marine species discovered every year.