The Ariel Castro kidnappings happened between 2002 and 2004, after which Castro became widely known as the "Cleveland monster."

Ariel Castro deceived his victims by posing as a good Samaritan, and, inside his house, the young women lived a nightmare that lasted ten years. They suffered physical and sexual subjugation until, by a stroke of luck, a pedestrian heard the calls for help from one of the victims and notified the authorities.

Ariel Castro's Cleveland abductions resulted in the perpetrator's arrest immediately. However, his stay in prison ended after spending only a year behind bars as he took his own life.

Background Of The Ariel Castro Kidnappings 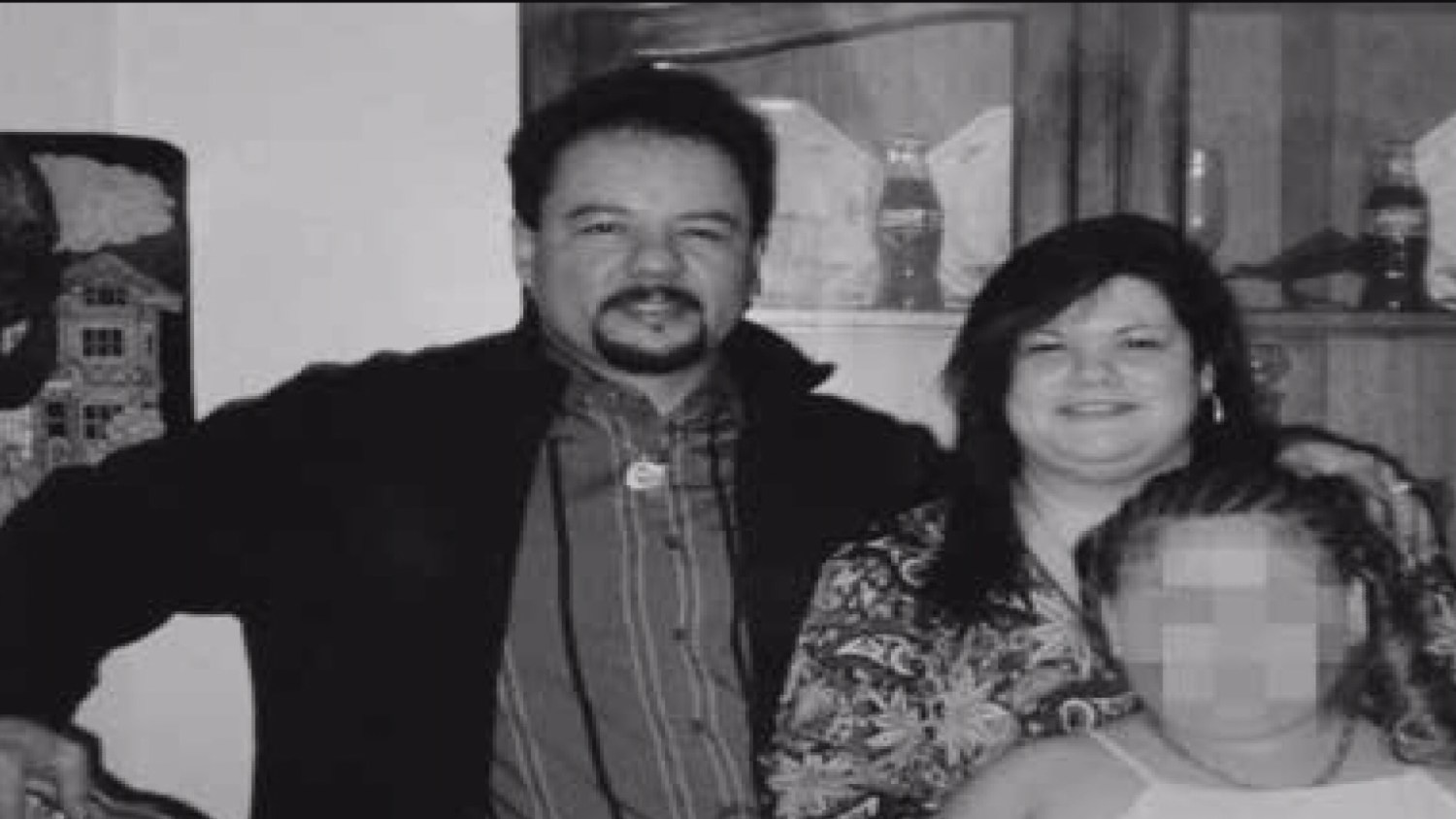 Ariel Castro was born on July 10, 1961, in Puerto Rico. During his childhood, he moved to Cleveland, Ohio, and little is known about this stage of his life.

Family members, friends, and neighbors described Castro as kind and personable to those around him. His dark secrets have never been revealed through his work as a school bus driver or as a bass player in a local salsa band.

But, even if none of the neighbors suspected anything, Castro had been known to the police for some time. Before the Ariel Castro kidnappings, he had been in custody in December 1993 for domestic violence and disorderly conduct.

Castro was accused of abusing his wife, Figueroa. Figueroa suffers broken ribs, a broken nose, a broken arm, and a fractured skull. He was arrested for domestic violence, but no charges were ever brought.

Figueroa moved out in 1996 and obtained sole custody of their four children. Many of his acquaintances said he was a funny and kind guy despite his broken family and accusation of abuse by his ex-wife.

In addition, the Cleveland Police Department allegedly stopped him six times for various traffic violations between 1995 and 2008. But that's not all. In January 2004, the former school bus driver reportedly left a child in his bus parked at the station.

At that time, police officers were already standing in front of Castro's house. However, when no one opened the door, the case was not taken care of allegedly because no criminal intent was discernible.

Before the Ariel Castro kidnappings started, he was a school bus driver for 22 years. He was fired for bad behavior. However, Castro's relationship with his children was never suspicious, and his interactions with the neighbors, although not very frequent, were ordinary. 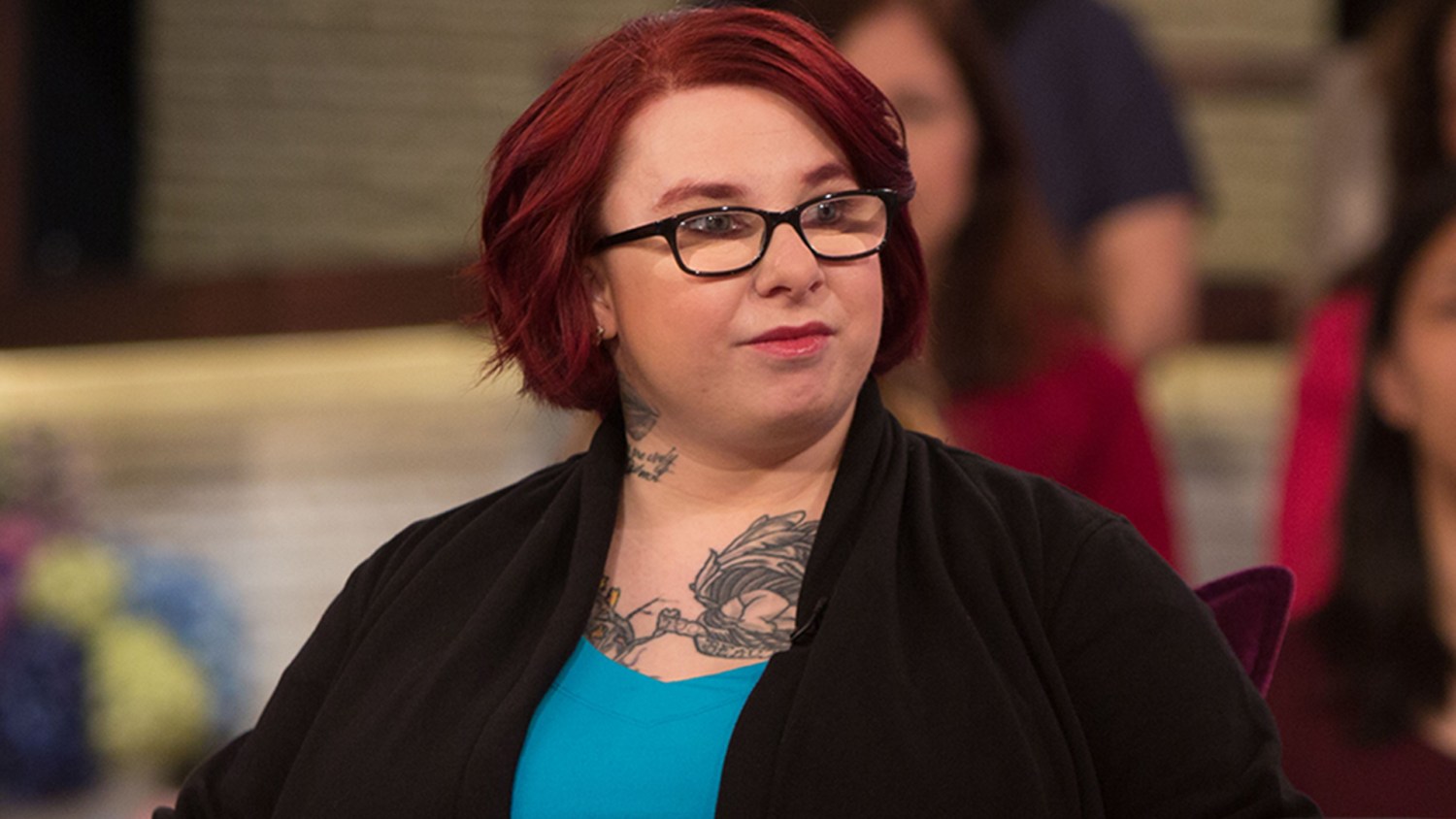 On August 23, 2002, the Ariel Castro kidnappings started. On this day, Castro began his criminal career and triggered the events for which he would shock the nation and the world.

The first victim of the Ariel Castro kidnappings was Michelle Knight. She was leaving her cousin's house to go to court for a custody matter. She saw no danger in letting Ariel Castro take her there since they were not strangers.

Knight knew the man from having a relationship with his daughters. She never appeared in court, and her family believed that the disappearance would be voluntary due to the pressure that the young woman endured.

She has had at least five miscarriages during her time in captivity. During this time, she suffered hearing damage in one ear due to blows to her face.

Once locked up in Ariel Castro's house, she was confined and repeatedly raped. She was the first victim of kidnapping and rape by the "Cleveland Monster," but she would not be the only one.

The Second Victim Of The Cleveland Abductions Was Amanda Berry 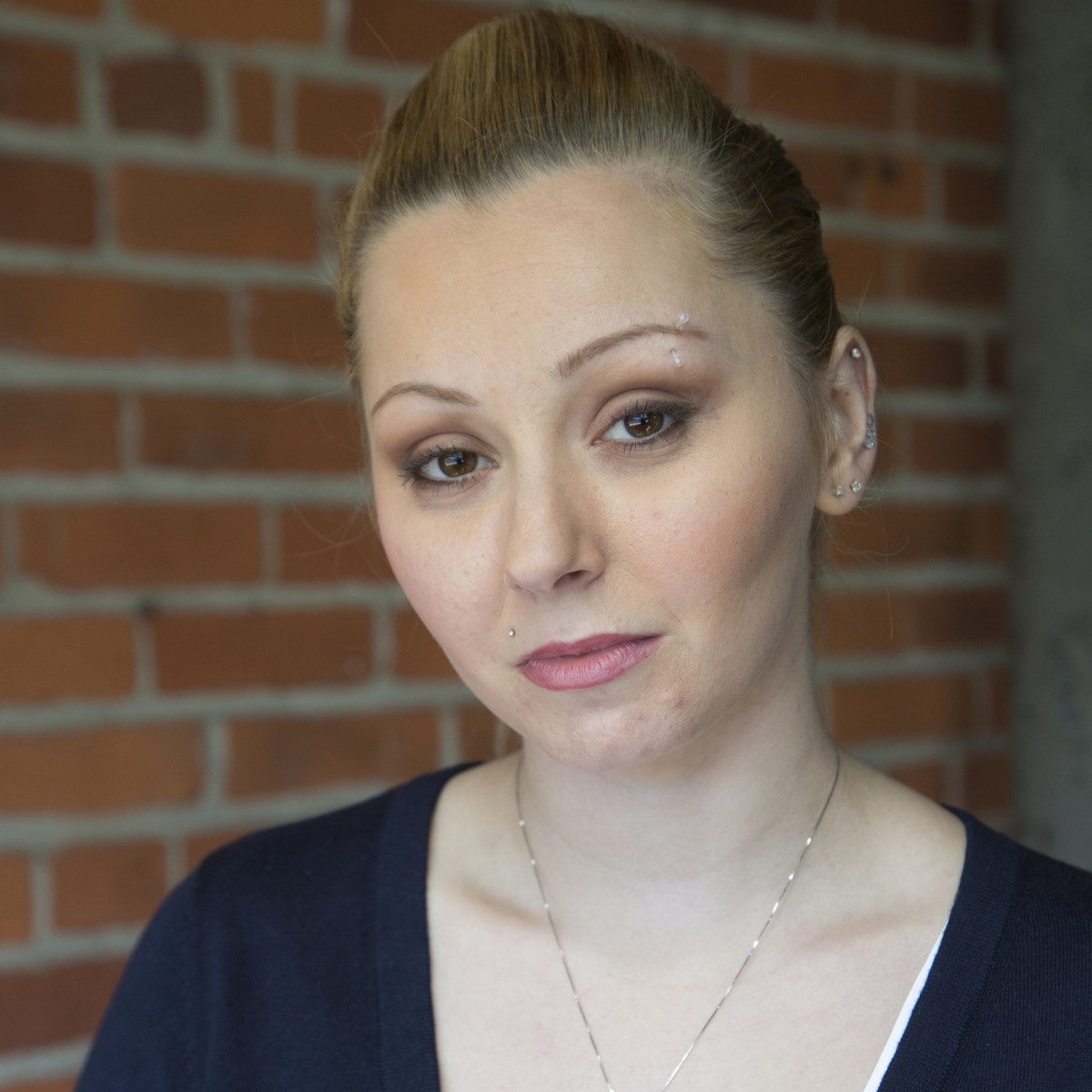 On April 21, Amanda Berry, 16, became a victim of the Ariel Castro kidnappings. She was leaving work at a Burger King on West 110th Street when Ariel Castro approached her.

He, posing as a colleague of her father, convinced her to take her home.

Police initially considered Berry one of many cases in the United States of runaway troublemakers. However, days after the Ariel Castro kidnappings, the Clevland monster called Amanda's mother to assure her that her daughter would return in a few days. He said that she had married him.

Lowanna Miller, Amanda's mother, searched for her daughter for three years until she died in 2006 of heart failure.

During the Ariel Castro kidnappings, Berry became pregnant and, according to witnesses, gave birth to a daughter on December 25, 2006, at Castro's home. Michelle Knight assisted at the birth, with Castro threatening her with death if the child did not survive the birth.

At one point, Knight had to resuscitate the baby because she wasn't breathing. In 2013, he showed his adult children a photo of his daughter conceived in captivity and passed her off as his girlfriend's daughter.

The Youngest Victim Of The Ariel Castro Kidnappings Was Gina Dejesus 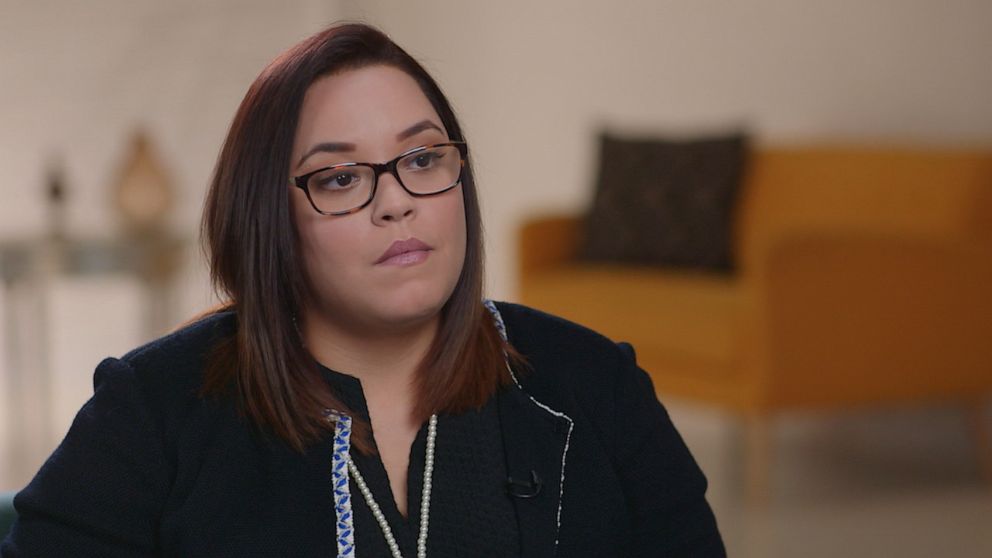 Progressively decreasing the age of his victims, the next on the list would be 14-year-old Gina DeJesus. In this case, DeJesus was one of Castro's daughter's friends. Castro offered the minor a sleepover with his daughter the night she was kidnapped.

The three victims lived together for ten years in the basement of the horrors of the "Cleveland Monster."

They were subjected to rape and numerous abortions as a result. The basement was prepared for these purposes. It had several rooms in which each of the women was held captive with shackles and gags to prevent them from calling for help or being able to escape in some way. 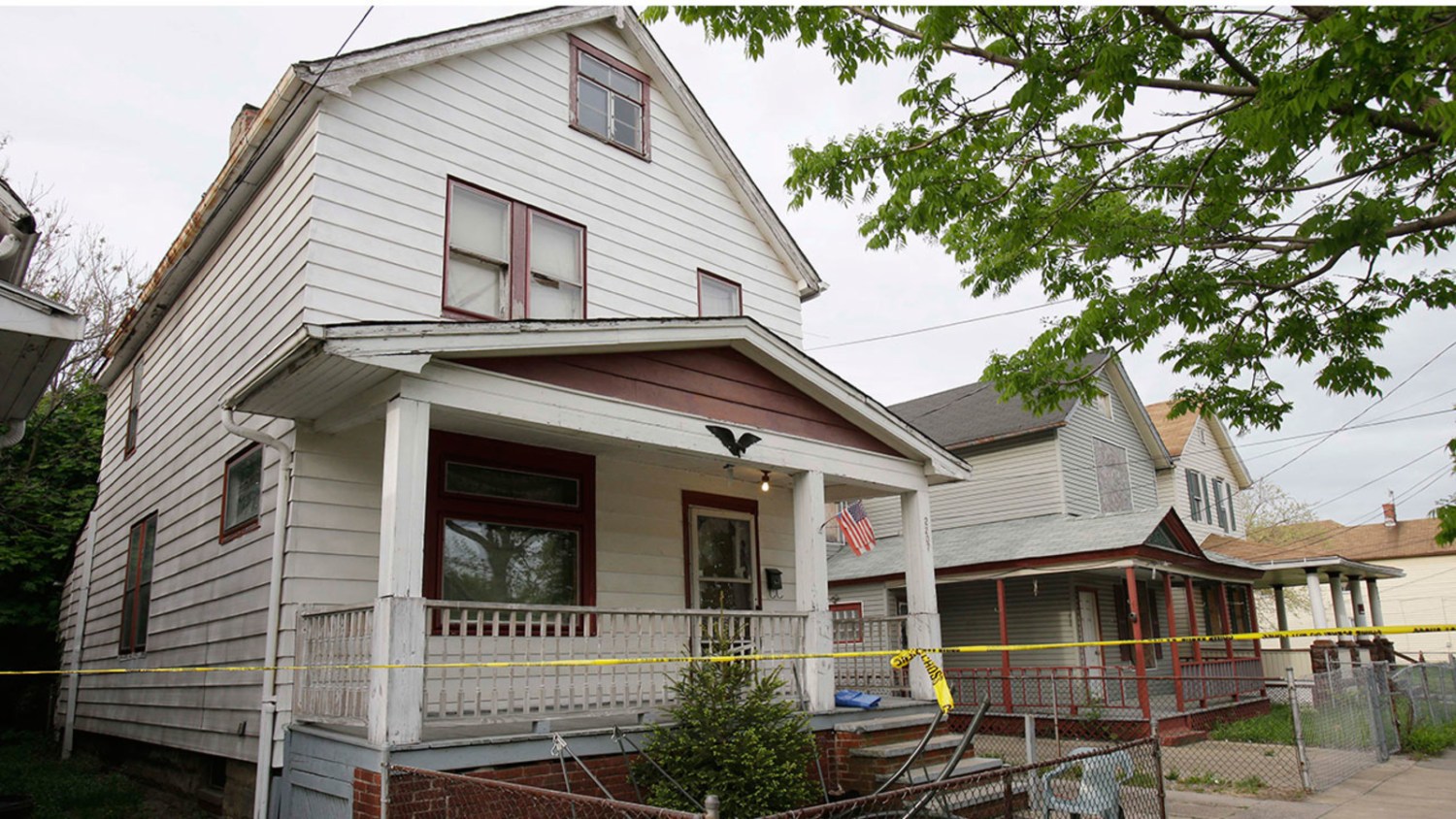 Ariel Castro's criminal profile presents him as a classic kidnapper and textbook rapist with obsessive tendencies for control and power. Michelle shared that the abductor played different games during the Ariel Castro kidnappings.

On many occasions, he left the door open on purpose so that they could try to escape. If any tried, they were punished and raped. It was the favorite sexual game of the "Monster of Cleveland."

The captives had to learn to cope with the situation, not to give him the satisfaction he was looking for. They learned not to cry, not to show pain, not to feel.

Ariel Castro would soon find other ways to torture them. Food was scarce, and he did not feed them all simultaneously. He fed one at a time for others to observe. He forced them to watch as one of the hostages ate while the other two starved to death.

The precautions were strict to life-threatening limits. Before Castro left, he gagged them and covered their eyes with duct tape. Michelle said during interrogations that he would tie them up so tightly that he cut off their blood circulation.

The Ariel Castro Kidnappings And Pregnancy 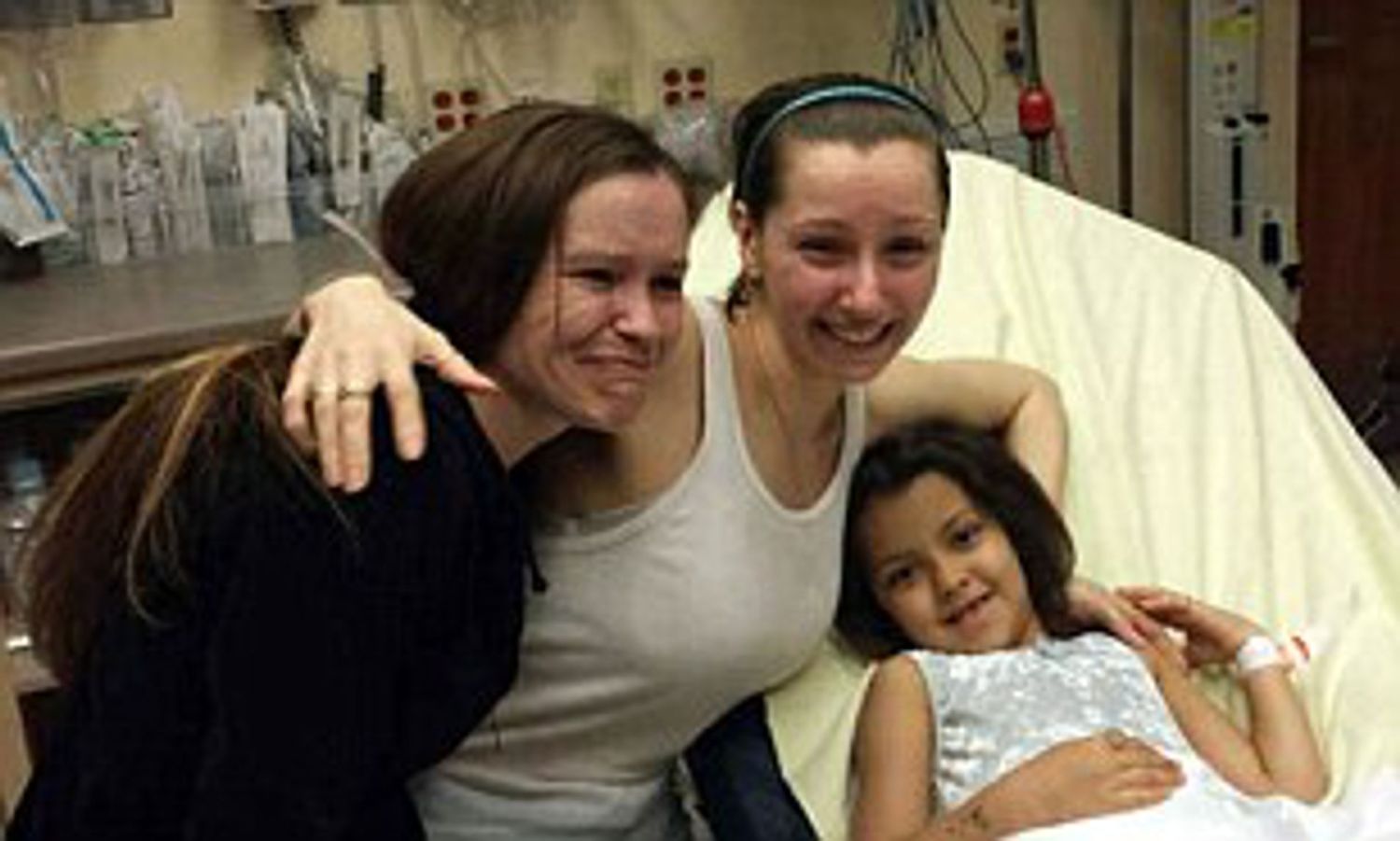 During her captivity, Amanda Berry reaped an indescribable rage. During the first week of her kidnapping, Ariel Castro gave her a notebook to draw in. That notebook would be used to keep track of the times she was raped in her captivity.

She was determined not to forget, to bring the "Cleveland Monster" to justice. She wanted him to pay for each and every one of the things he did to her.

Perhaps the one who took the worst part in the Ariel Castro kidnappings was precisely Amanda. From one of the pregnancies, among many that ended in abortion, the young woman gave birth to a girl called Jocelyn.

She said that she noticed that Castro got a little kinder with her birth. He started taking off her chains and told Jocelyn the chains were bracelets. Berry said that she tried as much as possible to provide her daughter with a normal childhood. She created a playroom and even a classroom from an empty room so she could learn.

She also described that Castro and his daughter had a pretty typical relationship, although she was scared that someday he could do something to harm her. "She loved him, and he loved her," Berry said in one interview. 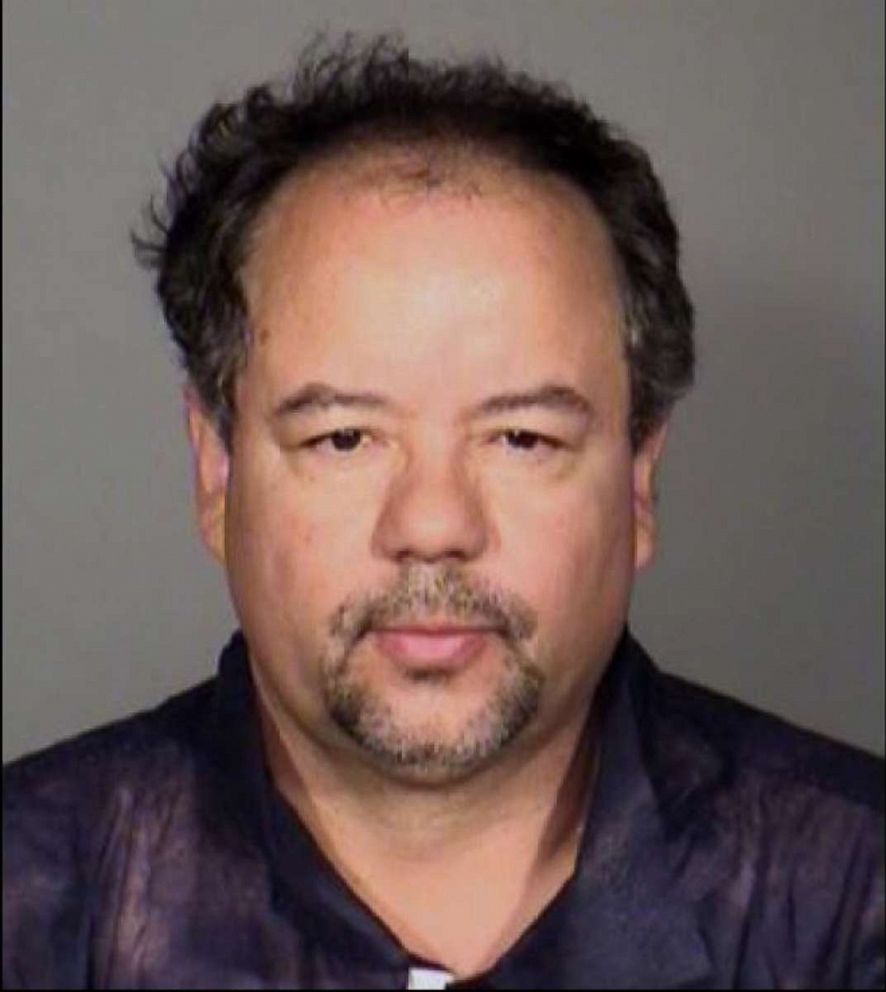 Gina DeJesus was the only one who never became impregnated. However, the physical punishment was such that her disfigured face prevented the authorities from identifying her when they were found.

When physical torture failed, Castro devised other ways. He was versed in different forms of causing harm and exerting psychological pressure. He was a born torturer.

Castro used the families of the victims as a tool. He told them numerous times that the only reason he could rape them as much as he wanted was that no one was looking for them, that no one cared.

The Miraculous Escape And End Of The Ariel Castro Kidnappings 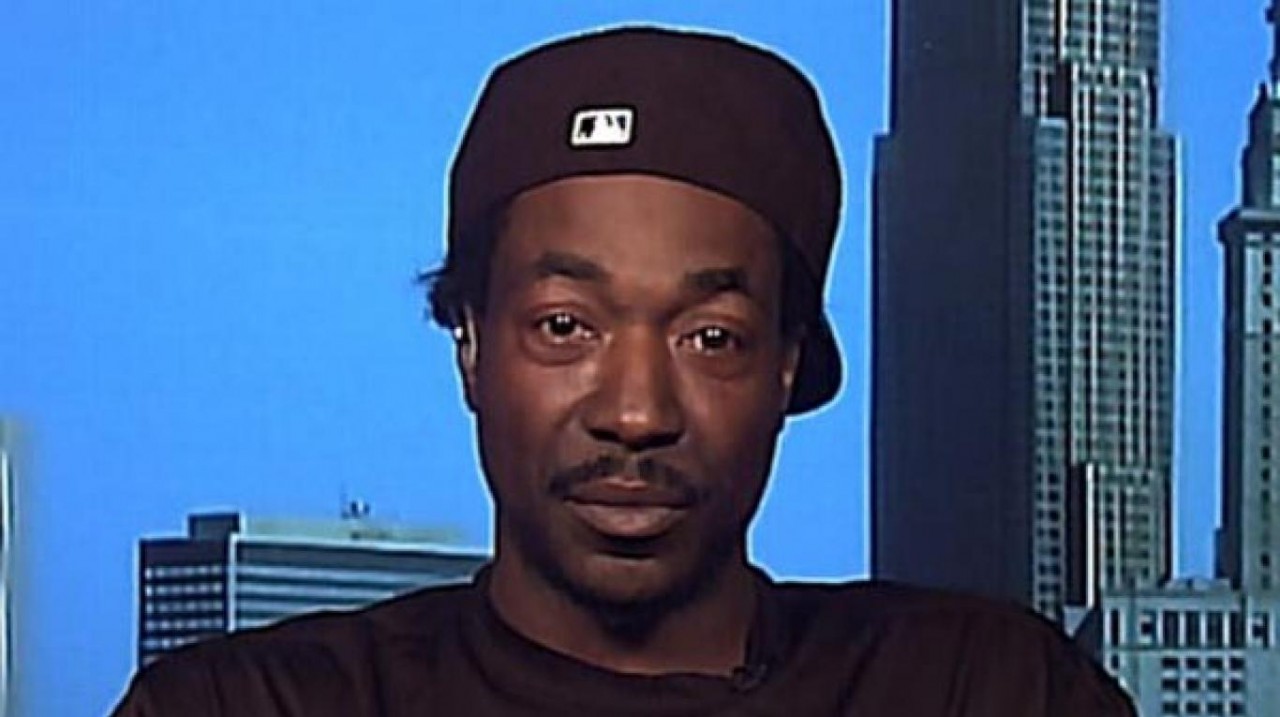 The ordeal would come to an end on May 6, 2013. Amanda, due to malnutrition, managed to slide her arm through one of the doors of the house. She managed to ask for help. Neither would forget the name of their rescuer, Charles Ramsey, who immediately called the police when he heard the cries for help. This was the end of the Ariel Castro kidnappings.

Ariel Castro was arrested upon arriving at his home. In the property registry, the evidence spoke for itself. Between shackles and chains, letters written by Castro were also found, indicating his deteriorated mental state.

The letters displayed strong self-deprecation but were also intended to be an exculpatory tool. In them, Castro affirmed that it was the young women's fault for getting into a stranger's vehicle.

Castro Was Sentenced For 1000 Years 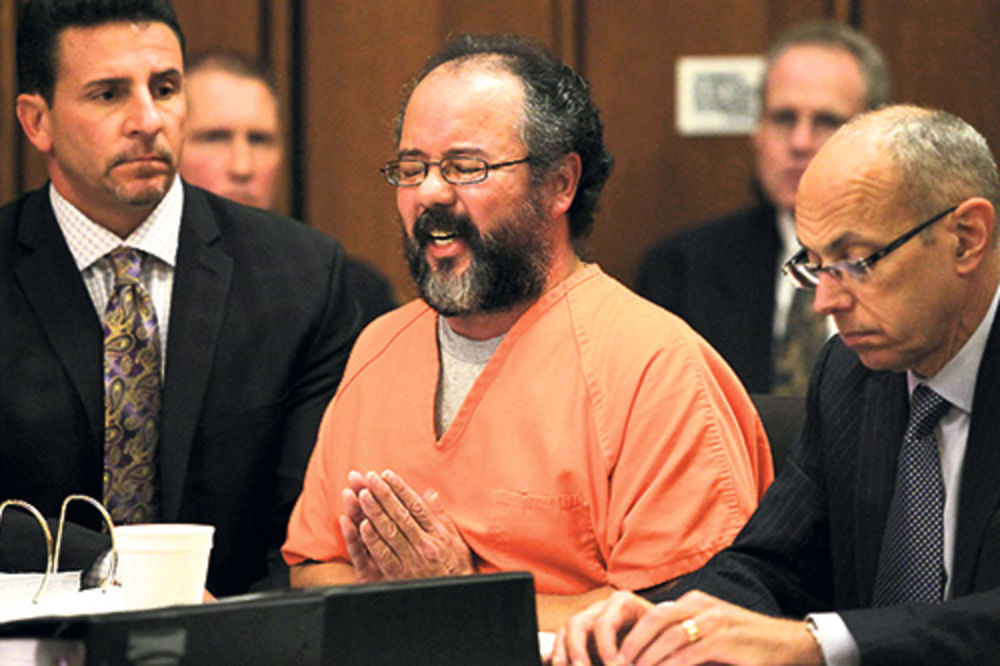 He was indicted on 997 counts for the Ariel Castro kidnappings and sentenced to life in prison for 1,000 years. There was no trial before a jury. It was unnecessary as Castro did not make even the slightest attempt to defend himself.

At the beginning of the session, Castro, who was led into the courtroom in orange prison garb and handcuffed, apologized to his three victims, Michelle Knight, Amanda Berry, and Gina DeJesus. Castro's lawyer announced that he would brief the court on Castro's "serious symptoms of mental illness," which would need to be recognized as mitigating circumstances.

According to his defense attorney, Castro himself was sexually abused as a child and later developed an addiction to pornography. Even the analysis of the diaries could not answer all questions about the crime.

Castro even said he "gave everyone a chance to escape" because he didn't lock Amanda Berry's room door. He mentioned that it was the girl's fault they got into a stranger's car.

Before the verdict was announced, he had tried to explain his deeds. "I'm not a monster, I'm sick," said the visibly moved Castro. He considered himself a victim, as he had an addiction to pornography, and intense conflicts resulting from childhood, in his words, plagued with abuse.

He would finally commit suicide by hanging himself with a sheet in his cell on September 3, 2013. He did not serve even a year of sentence, thus mocking the last words that Michelle Knight would dedicate to him:

"I'm not going to let what you've done to me define me. The death penalty would be the easiest thing for you, but what you deserve is to spend your whole life in prison."