The ancient historical city of Darabgard, also known as Darabjerd, is located six kilometers southwest of the modern town of Darab in Fars province, Iran. It was a prominent city in the Achaemenid Empire and is mentioned in ancient literary works of the country. 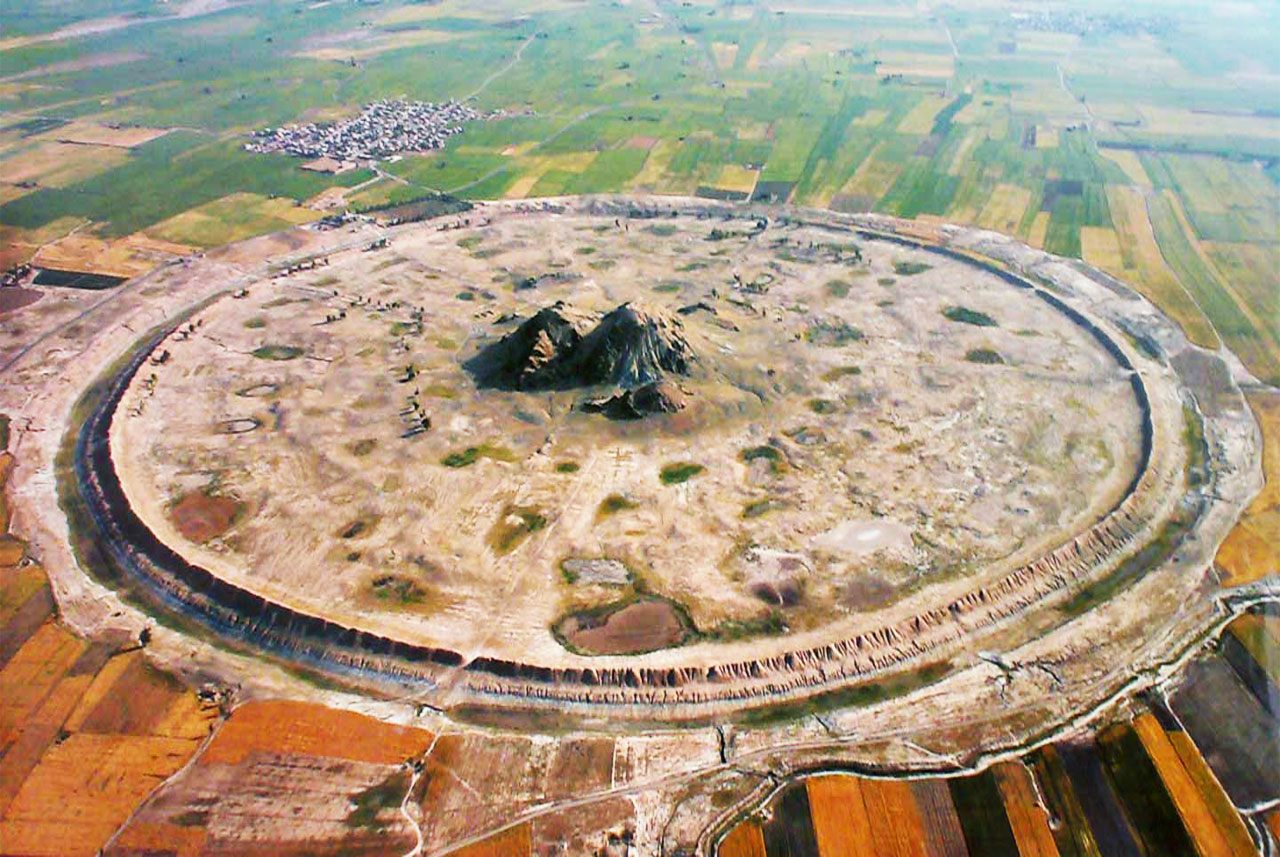 Darabgard, now known as Darab, was a city founded by Darius I and is believed to be the first circular structure built by him. It is one of the oldest Persian cities with a circular plan and four gates. The concept of circular cities dates back to the Assyrians, who built circular military camps.

The design of circular cities has a long tradition in Persia. According to the historian Herodotus, the Median capital of Ecbatana in the 8th century BC was designed as a circular system with seven ring-shaped walls. Since the Parthian period, several circular cities such as Hatra and Darabgard have been constructed and are notable examples.

Darabgard, located in Persia, is one of the old Persian cities that have a circular plan and four gates, but it is not the only one. Another ancient city in Media, western Iran, Ecbatana, also has a circular plan. According to Herodotus, Ecbatana was chosen as the capital of the Medes in the late 8th century BC by King Deioces.

The governmental citadel in Darabgard was located on top of a dome-shaped mountain, protected by a high circular rampart and a deep trench. Remains of the citadel, including earthworks arranged in a circle around an isolated rock, can still be found in the vicinity of the city. A giant bas-relief carved on a rock also remains, depicting the victory of Sasanian king Shapur I over Roman emperor Valerian in 260 AD.

North of the Darabgard archaeological site, there are three fortresses. The ancient city was surrounded by a large conical wall, originally over 10m high, built of stone, lime, and clay. Despite erosion, the wall still stands at a height of 7m, having survived for over 2,000 years.

During the Sasanid era, Darabgard was a significant city in Darabgerd-Khurreh and renowned for producing jasmine oil, textiles, renowned carpets, and valuable mineral salts, it was considered the peak of ancient Iranian culture.

Darabgard was well-known for many products, but its most renowned and valuable was a unique mineral oil, bituminous in nature, possibly sourced from the city or nearby mountains, and utilized as medicine.

Ancient sources suggest that the original layout of Darabgard (dating back over 2,500 years) was triangular, not circular. However, archaeological findings indicate that the city was not perfectly geometric and did not have a concentric or radial system of streets. Darabgard was completely abandoned in the 12th century.