In a shocking viral clip, a man is involved in a hair-raising midair fight for his life as a 100-foot palm tree sends him back and forth at frightening speeds. Fortunately, the man is a pro, and he regularly deals with such trees.

But this particular palm tree helped demonstrate the perils he has to contend with every day as he goes about his job. A terrified passerby took the uncomfortable video clip.

The unidentified man was on top of the tree in San Bernadino, California. His mission was to get rid of its top.

The top was getting too heavy. As a result, it was making the tree twist considerably.

It was only a matter of time before the hefty top could make the tree snap, sending the top tumbling down on unsuspecting passersby or properties, putting them at risk.

In the film, the man was climbing up the tree towards the top. That was before the tree sunk to the ground due to his weight.

It is when he cut the leaves, and they dropped to the ground that the tree snapped back to the air in the opposite direction. With the tree specialist clinging to it for dear life, he was swung 100 feet towards the air in a matter of seconds.

His equipment can also be seen swinging towards his body as he clings to the tree for dear life. 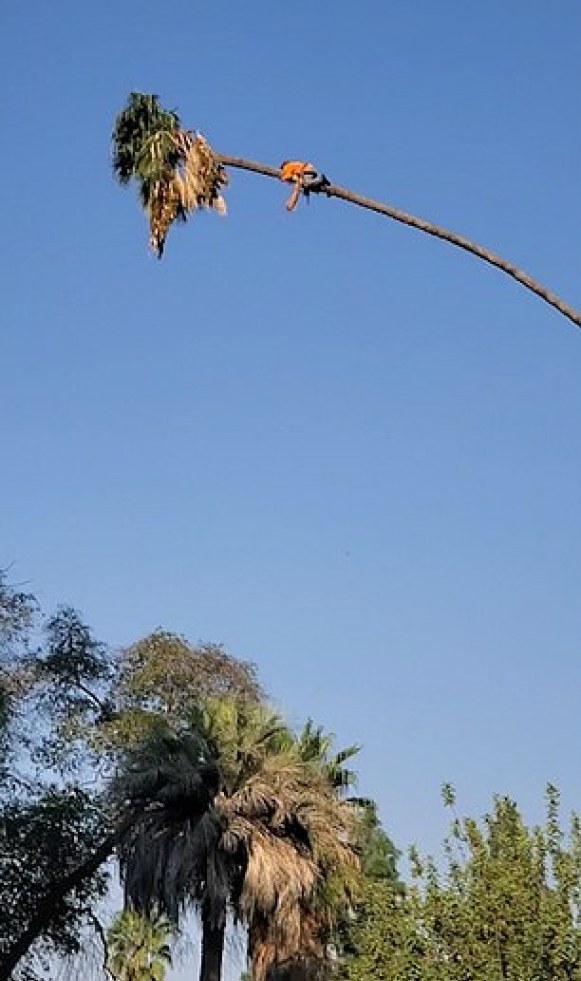 However, the man was in this position for more than two blood-curdling minutes, swinging back and forth. Only after the tree settled did he have the option of climbing down to safety.

But Why Take The Risk?

Why would the man take such a huge risk?

Basically, he had to, because the tree was a threat to those living close by, as well as their properties.

In fact, in its unusual position, the tree was not only a threat to people living close by but also those passing through the area.

The fortunate part was that an experienced tree specialist was handling the situation.

Not many people could have handled the situation in a way that would have ensured their survival as he did.

For his unique skill of clinging to the tree as it made its deadly maneuvers, the man was compared to a "cowpoke."

Granted, there are safer ways the tree specialist could have done his job. For instance, such experts regularly use climbing gear such as ropes and bridles when dealing with enormous trees. 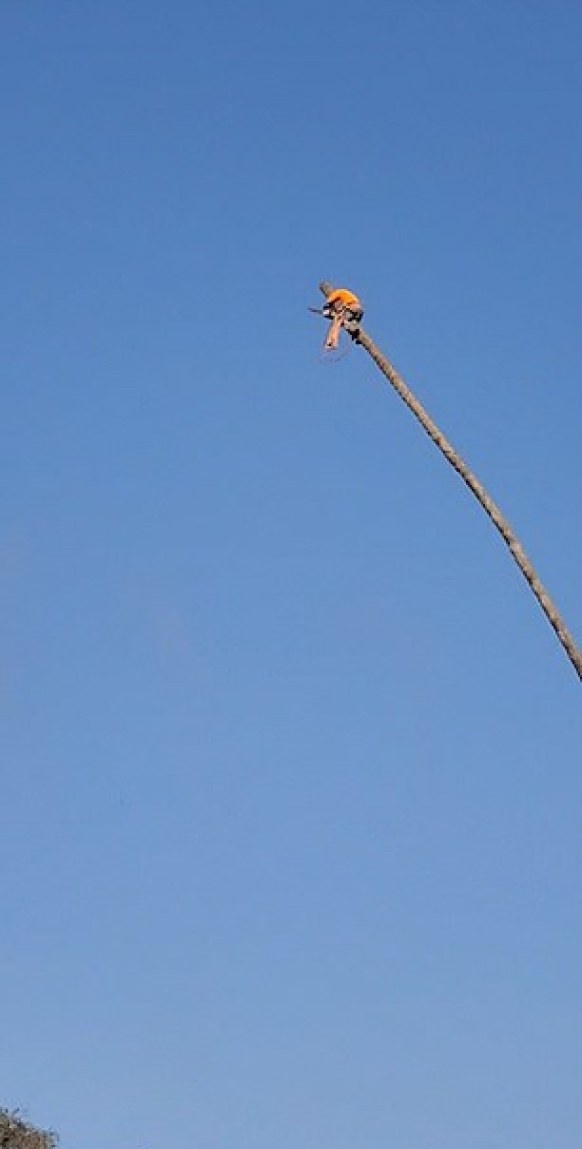 Luckily, his experienced ensured his safety, and it made for an interesting story and a great video.

At the moment, the video has been shared widely on the web, with many commending the daring tree specialist for his daredevil tree trimming skills.

According to one intrigued viewer:

"You sir are crazy however wayyyyyyy cooler than anybody I've ever observed lol."

I guess you can call the guy cool. Flirting with death and getting to walk away without so much as a scratch is definitely noteworthy.

These are not the kind of situations we usually expect people to walk away from unscathed.