Melanie Scholfield, 19, found herself in a disturbing position during her recent flight. She was seated next to a man who watched graphic pornography on his phone, making her uncomfortable and, even worse, doing it on purpose.

Scholfield felt that the man sensed her discomfort but continued watching the inappropriate clip, so she left her seat.

Scholfield's Experience In Her Own Words

The teenager shared her experience on TikTok and gave an interview to The Independent. She explained what happened:

"I got on the plane and found my seat. It was the window seat, and there were only two seats in each row. An old man was sitting in the aisle seat of my row. I politely asked him to move so that I could sit in my seat. We both sat down, and immediately he took up as much space as possible."

Even before he started watching adult entertainment, Melanie felt uneasy:

"He used both armrests so that I didn't have one and forced me to be squished against the side of the plane. I began to feel unsafe and scared, so I started analyzing him."

After a short while, he took out his phone, and "I notice he is typing on his phone 'sex on a plane'. And he begins watching pornography of people having sex on a plane."

The Man Is A Piece Of Work

His intentions were clear to the young woman, as she said that his behavior "had something to do with the fact that I was sitting next to him because I'm a young, attractive female, and he's a creep."

Since he was larger than her, it only made Melanie feel more anxious, so she decided to take matters into her own hands and report his disgusting behavior.

Once she left her seat, Melanie was in tears, and the flight attendants were full of understanding, so they bumped her into the first class.

On TikTok, the teen wrote, "Only cried for like ten minutes, so we're Gucci." 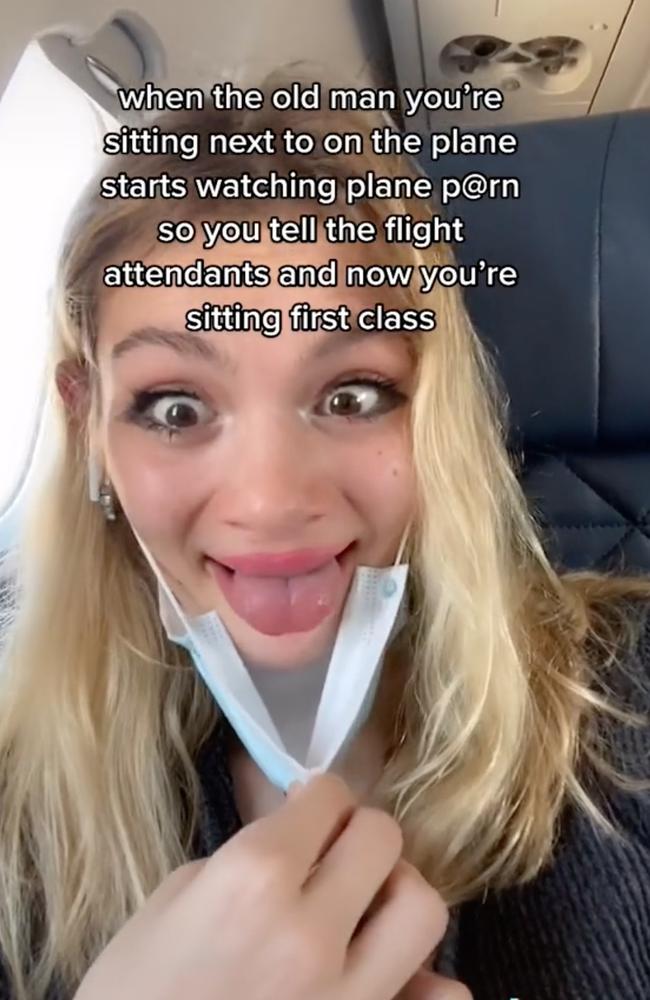 After making a viral video, Melanie received support, with many recognizing that she did the right thing while condemning the older man's actions.

One TikToker commented: "I'm so sorry, I hope you are okay and safe."

Another comment read, "Proud of you for speaking up. That's traumatic."

Yet, some started blaming a 19-year-old because that is our world.

Scholfield made a follow-up video, expressing gratitude for the flight attendants, adding:

"I wish this kind of disgusting behavior did not exist, and I hope my video about it contributes to its end."