A mom who lost her teaching job over her OnlyFans account is now using her skills as a teacher on the notorious platform.

The mother of twins is getting paid by subscribers to create a report card about their penises. She is doing this to fulfill her subscribers' fantasies about going to school.

Once her employers determined that Sarah Juree had an OnlyFans account, they decided it was inappropriate for her to keep working with children. 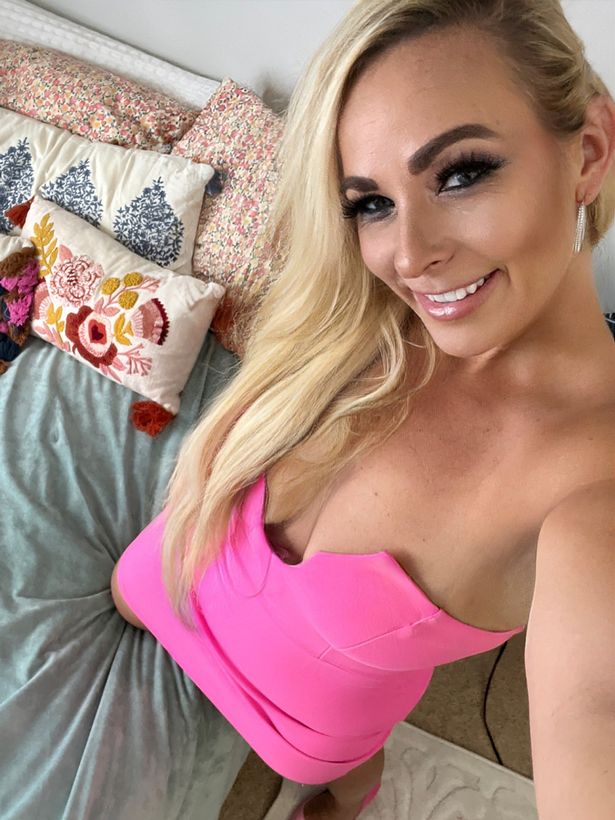 Her life was changed dramatically when she was fired from her job.

Juree is from Indiana, and soon after the public learned that she had lost her job over her OnlyFans account, she went from 100 to 4,000 subscribers on the platform.

Today, her activities on the platform have become her primary source of income. Before then, being on OnlyFans was just a side hustle.

Since being dismissed from her teaching job, she has come to terms with working on an adult platform.

Part of her job is looking at men's genitals to create a classroom-style report card. She charges a fee for this service, which takes advantage of the dark teacher-based fantasies these men have.

She confessed during a Dimples and The Beard podcast that she did not know that creating adult content would have such a huge connection to her past career as a teacher.

Juree has met many people who are "hot for teachers."

A fan sent her a message telling her he had an insane teacher fantasy. The man wanted a d*ck rating in the form of a report card.

Since she is business-minded, Juree thought it would be a great idea to make her page special and distinguish herself from other OnlyFans pages. That is how she settled on having the novelty of a report card.

Over time, she realized she enjoyed selling unsolicited photos of genitalia she had been getting online.

When she started, the choice to work on the adult platform was a bit difficult. She confessed that the whole thing was "devastating" although things were okay at some point.

She realized she had two choices: either get stuck on her couch and never want the public to see her face again, or accept her situation and make the best of it.

Today, she is a single woman who has seen many d*ck pictures. This has allowed her to feel more empowered, have fun, and be playful.

She jokingly reacted to the man who had blogged about her OnlyFans page, saying that she had done her d*ck report on the man and was "mad" that he is going to fail.

The OnlyFans star has said that she does not give As to everything but will give pluses and smiley faces. To her, they are all "very similar and basically the same."