Nothing stirs up remorse quite like a tattoo fail — it could lead to lifelong regret and cringing when you look in the mirror.

In these photos, some people had tattoos done, but the results were unfortunate. And many of them will make you wonder what goes through people's heads.

Do they realize how terrible these tattoos are? 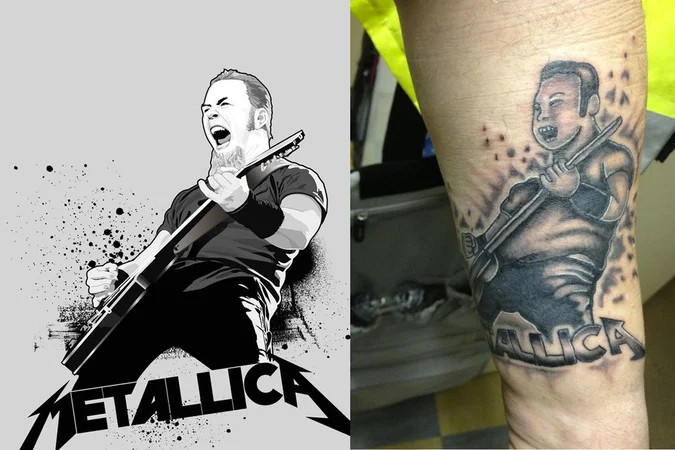 Well, when it comes to getting a tattoo, it's important to find the right artist and not cheap out on prices either. Quality costs money!

But these people with epic tattoo fails most likely didn't follow that advice. Or they wanted something ridiculous!

#1 This Guy Seems Proud Of His Tattoo, Although It Looks Like A Drunken Mistake 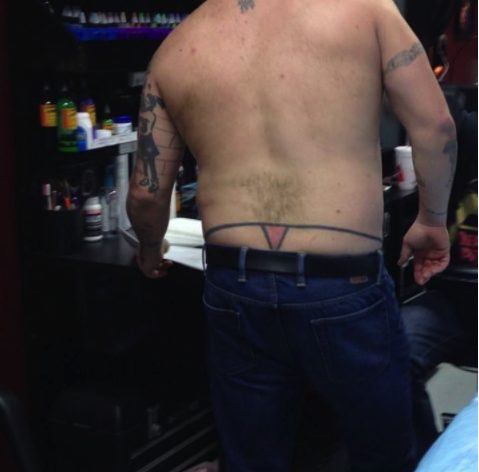 #2 That's Not How Clocks Work 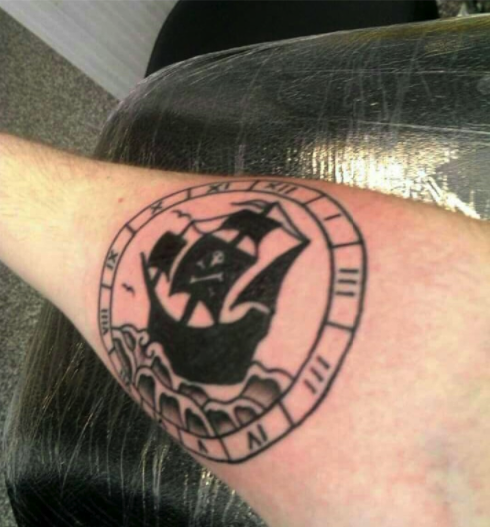 #3 It's Supposed To Be The New York Yankees Logo, Right? 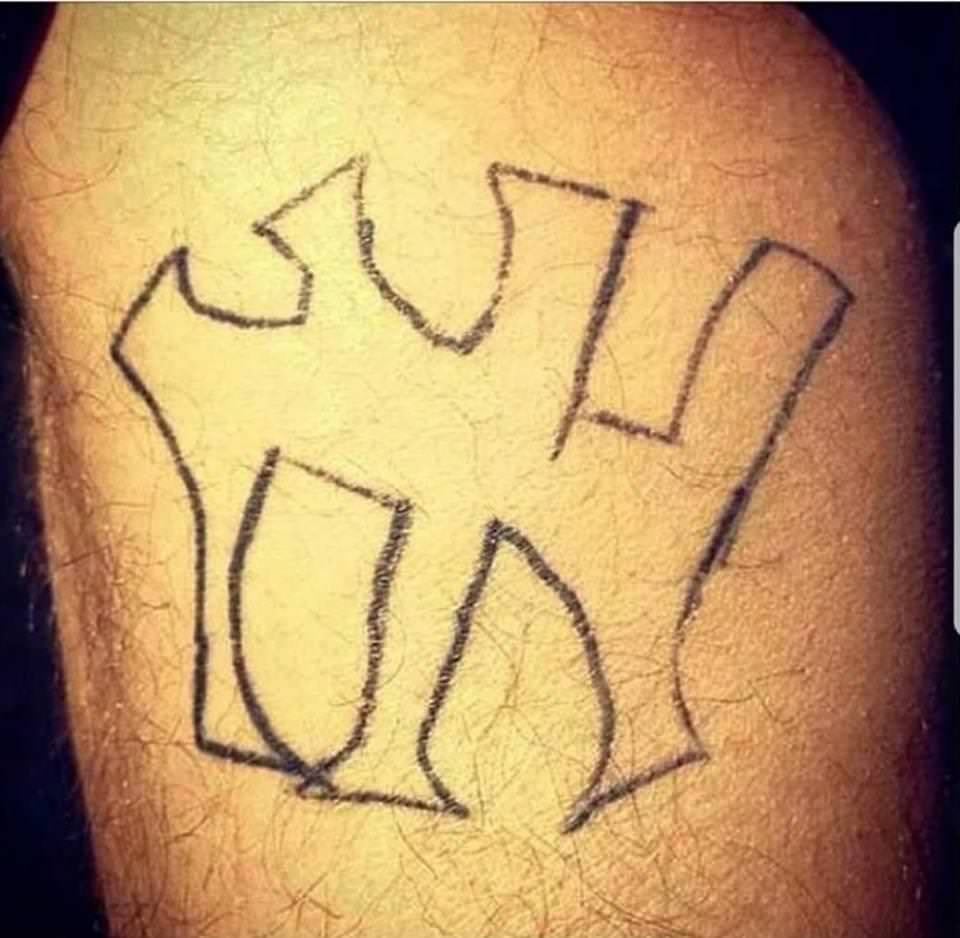 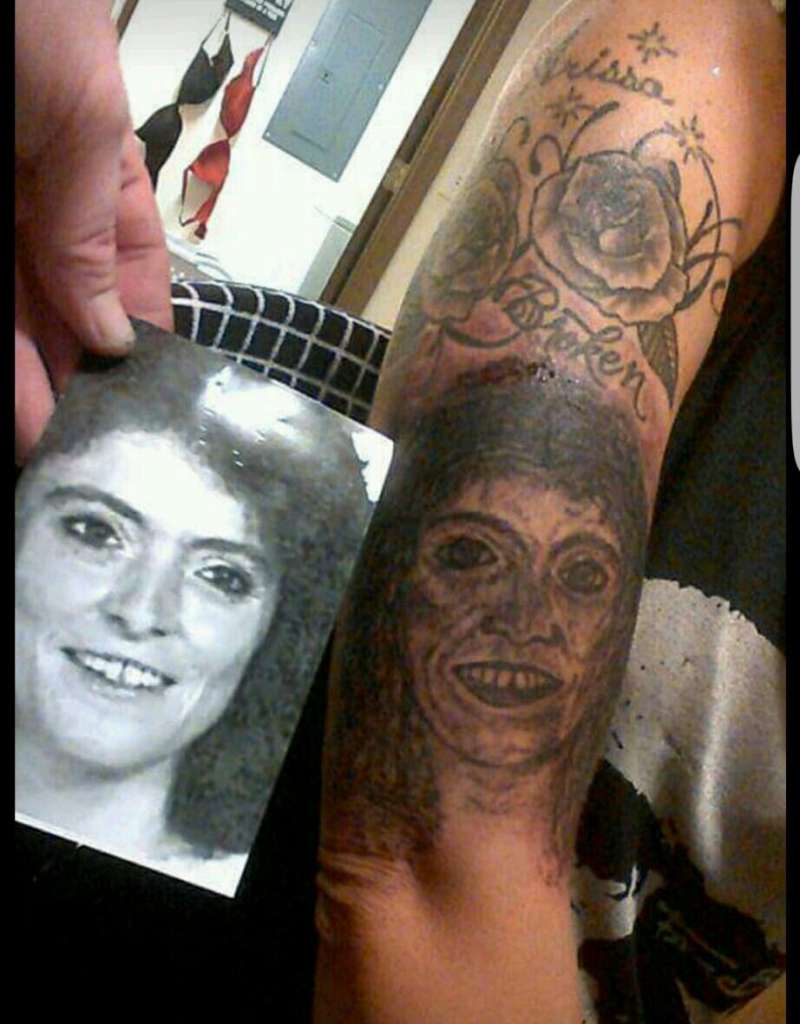 #5 Getting A Tattoo Of Your Newborn 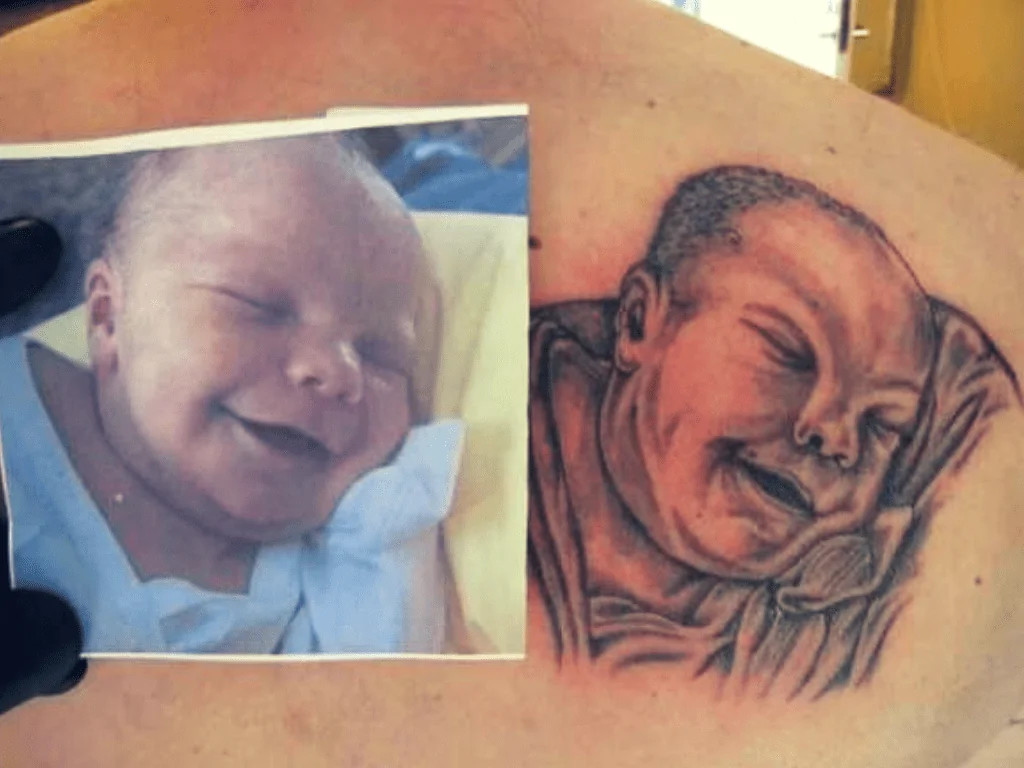 Oh nooo! The child looks like a 40-year-old drunken monk who has passed out on his own wine. 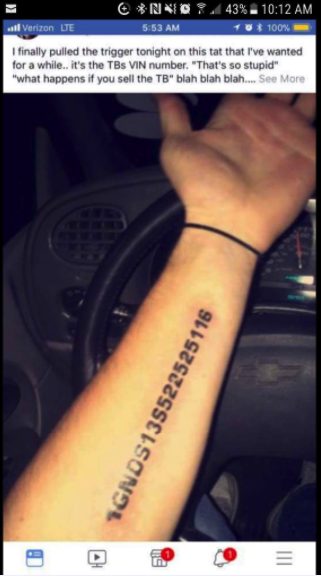 At least he'll always have it on hand for filling out DMV forms.

#7 That Kid's Initials May Be TSD, But The Tattoo Looks An Awful Lot Like STD 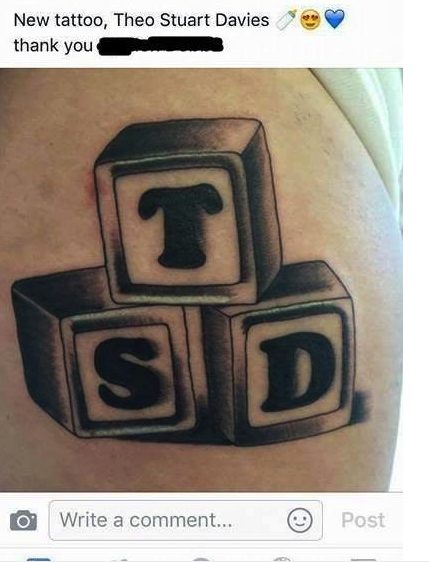 #8 You Can't Just Assume Words Have The Same Number Of Letters In Them! 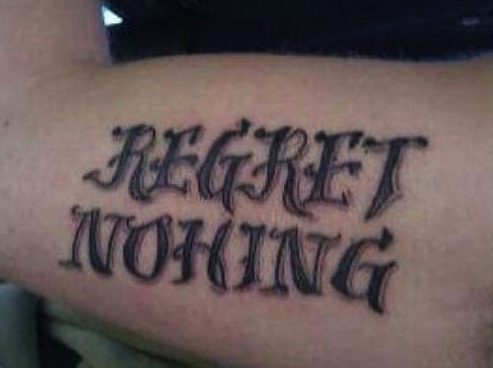 #9 "My Uncle's New Tattoo: Christmas Will Be Awkward This Year" 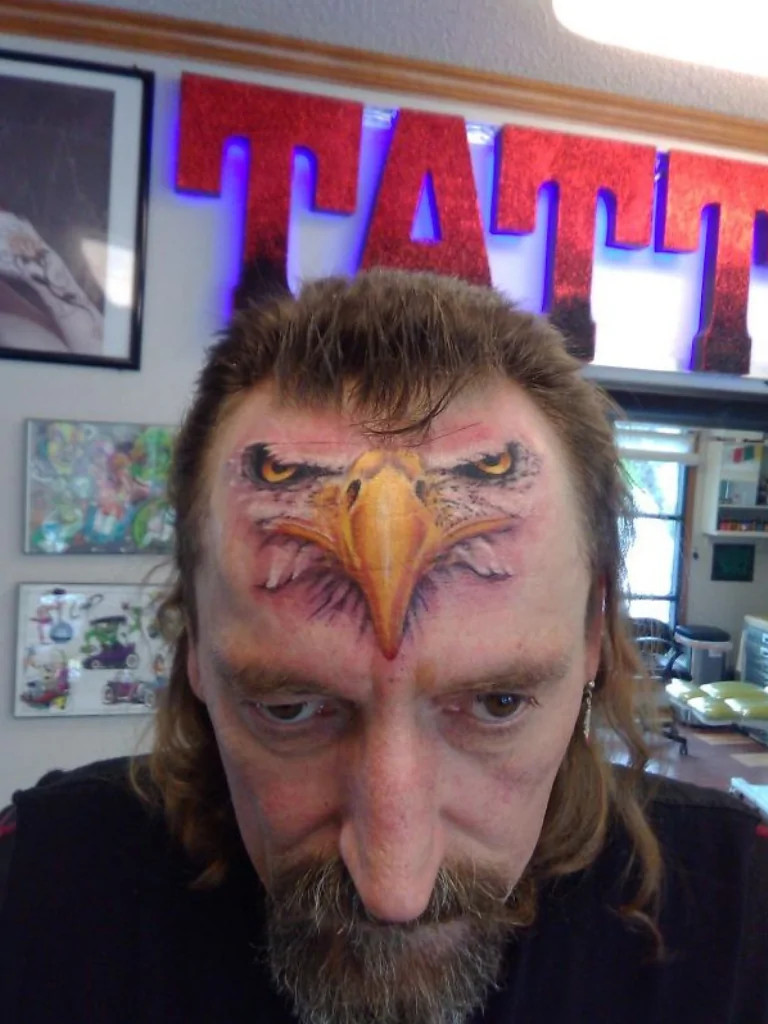 It looks like this guy's uncle passed out around the wrong buddy. 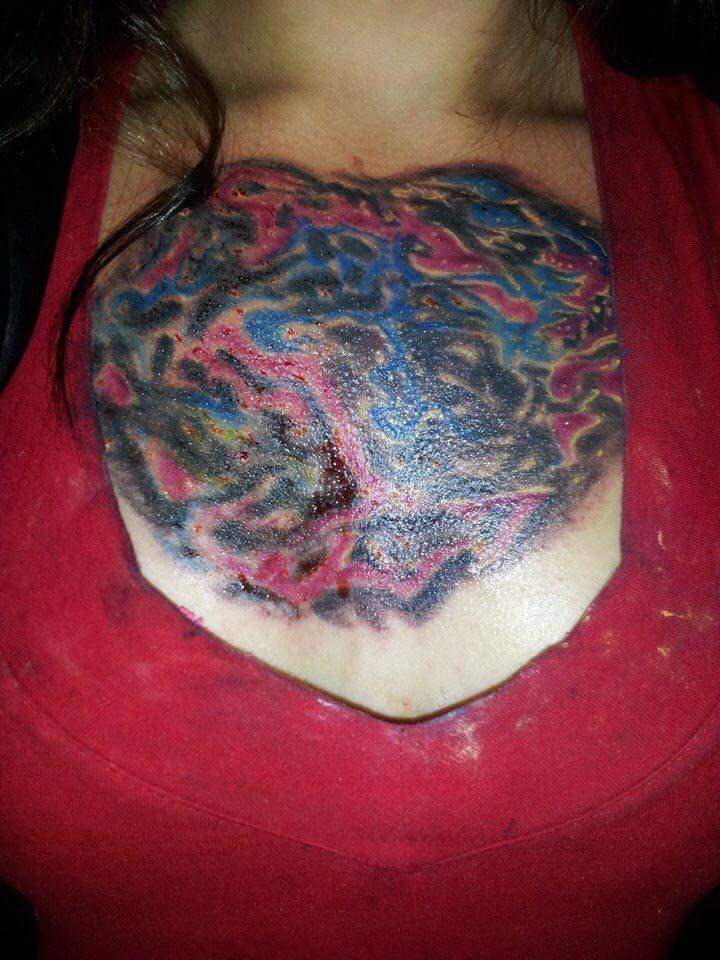 We know what you're hoping for, but no. She didn't get inked in a marker by her kids while she was sleeping. That ink is real and permanent!

It doesn't look anything like, or even remotely close to a galaxy!

#11 This Tattoo Was Apparently Supposed To Be Of 'Stars' 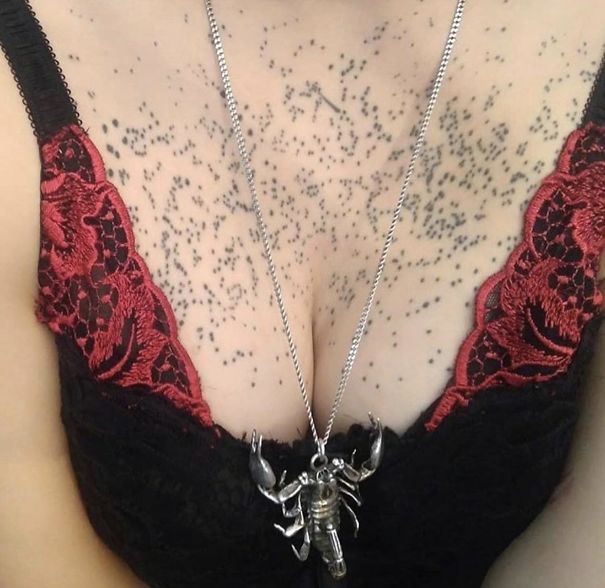 You know you have a bad tattoo when you have to formulate an entire argument to justify why you 'chose' to have it done a certain way. 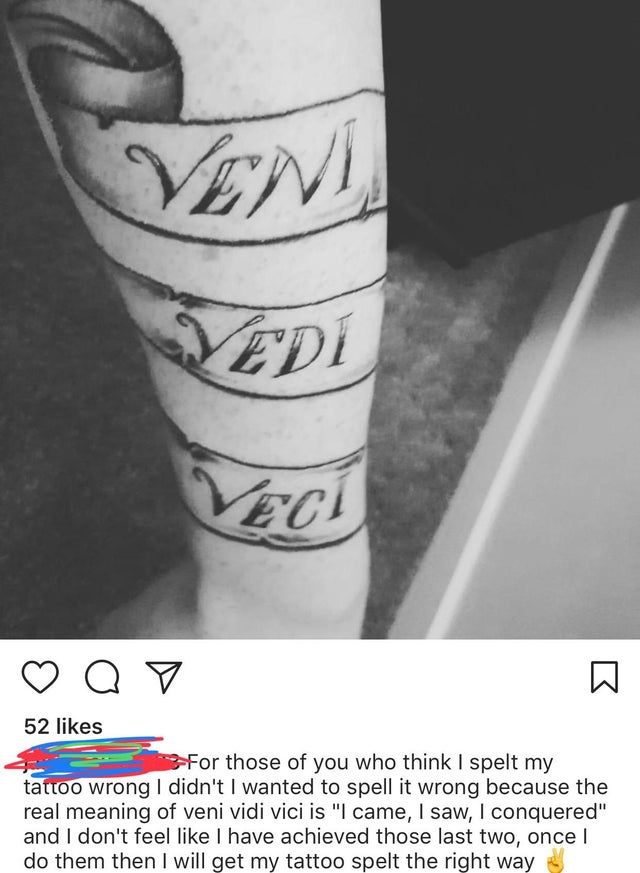 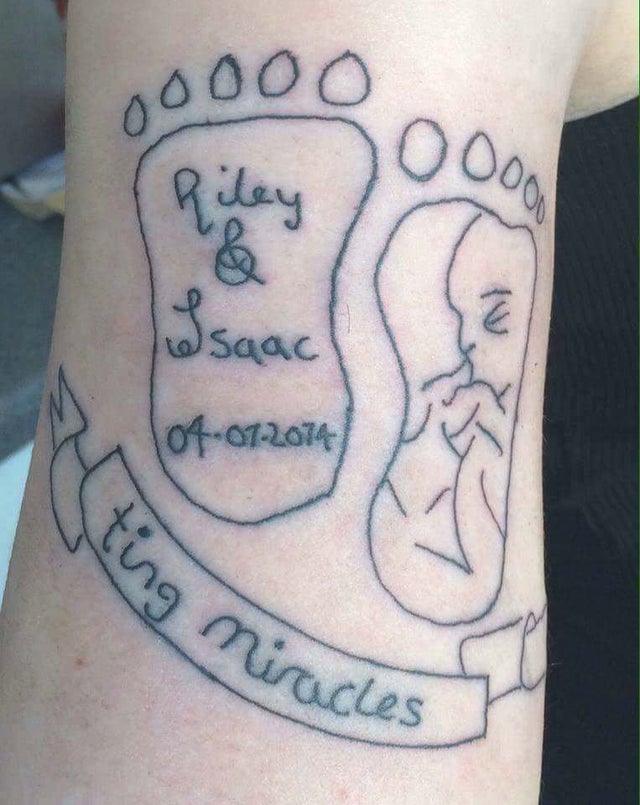 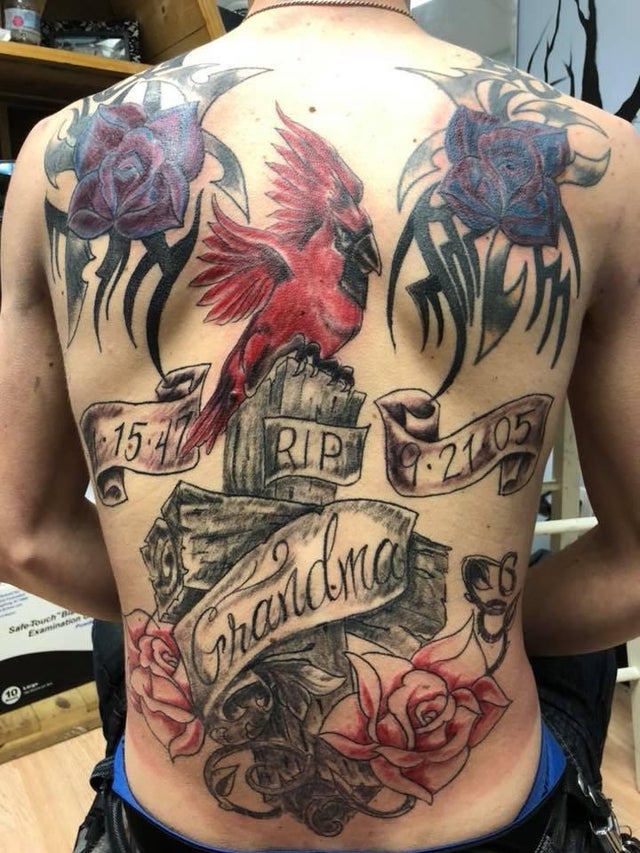 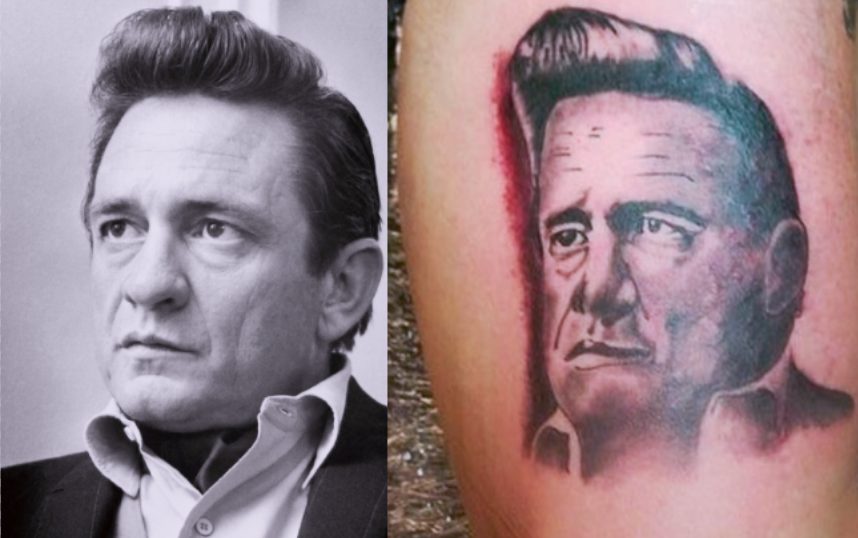 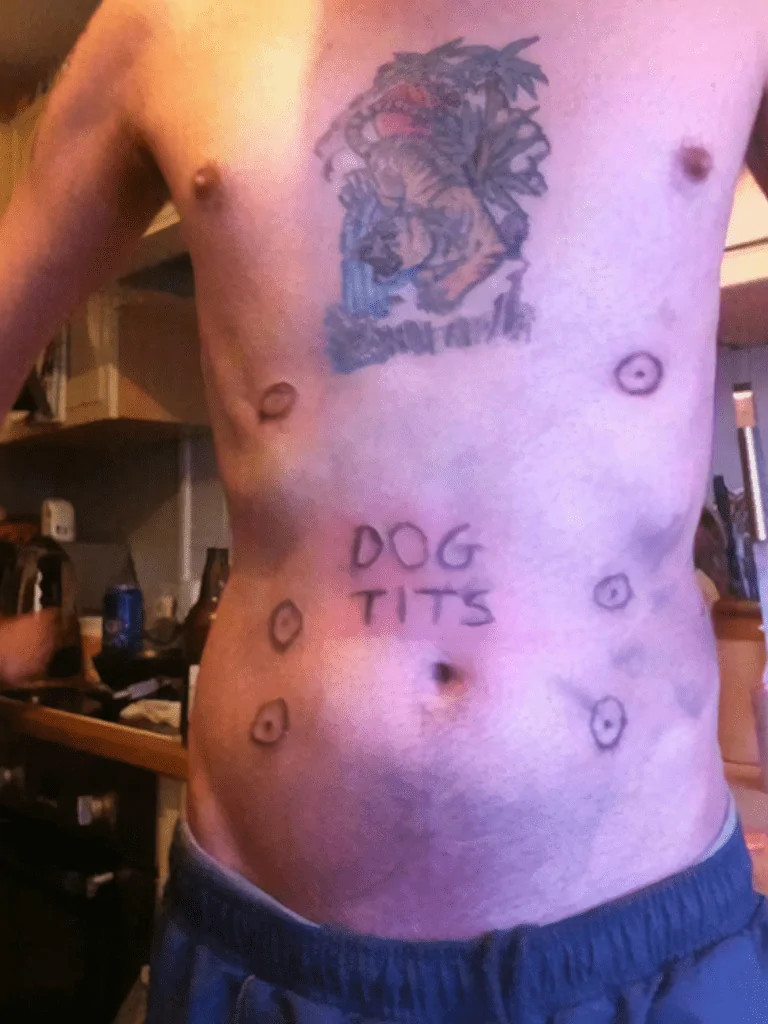 This picture is probably one of the best examples of why you should never make drunken bets.

#17 Close, But Not Close Enough 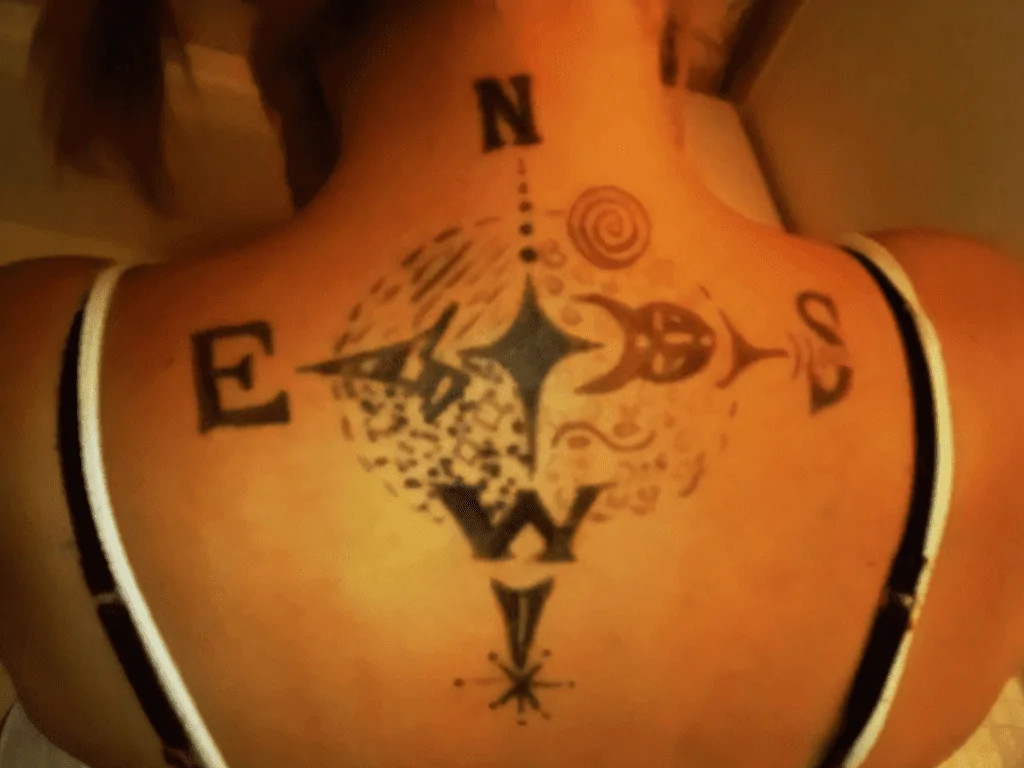 Nothing says 'I have a strong sense of direction' more than an enormous tattoo of a compass.

Similarly, nothing screams 'I'm lost' as much as an enormous tattoo of a compass with mislabeled directions, either. 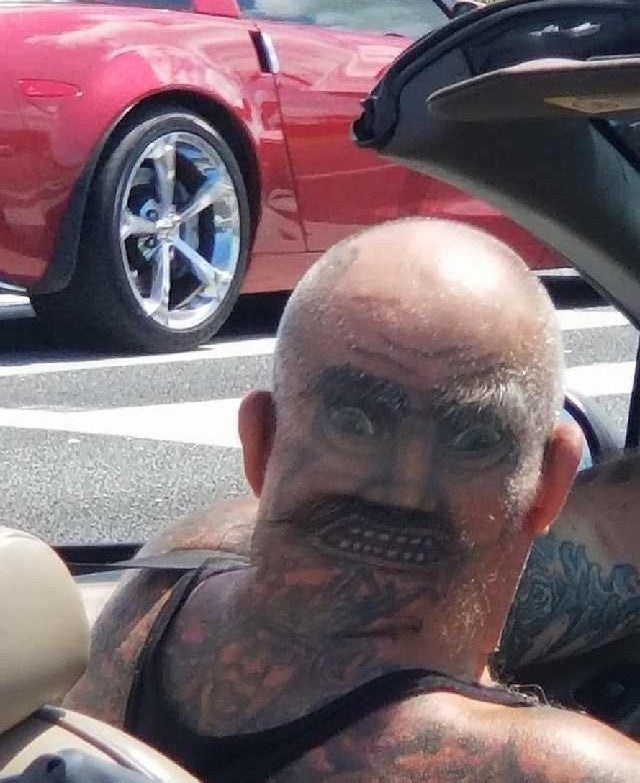 Sometimes a tattoo is so bad that it's actually funny. Such is the case with this guy's crazy head tattoo covering the entire back of his skull. 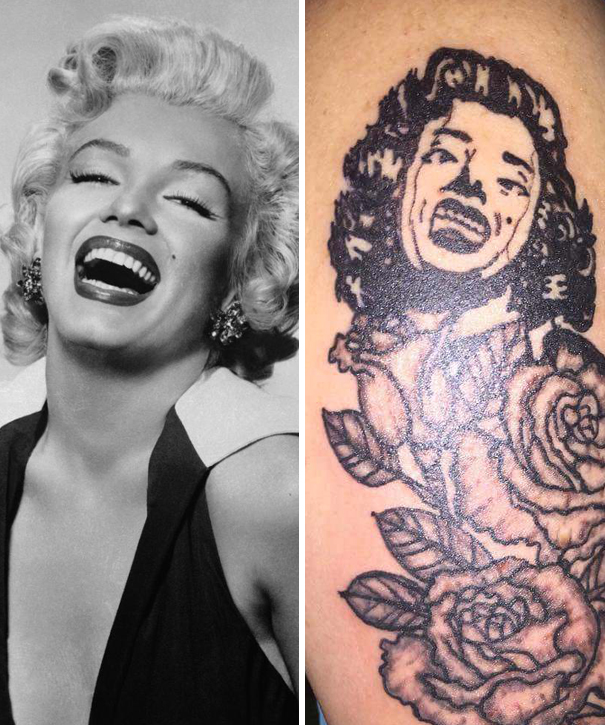 This is like an early Adult Swim version of Marilyn Monroe.

I personally think a super random sitcom about her being friends with a platypus who swears would be a lot of fun. 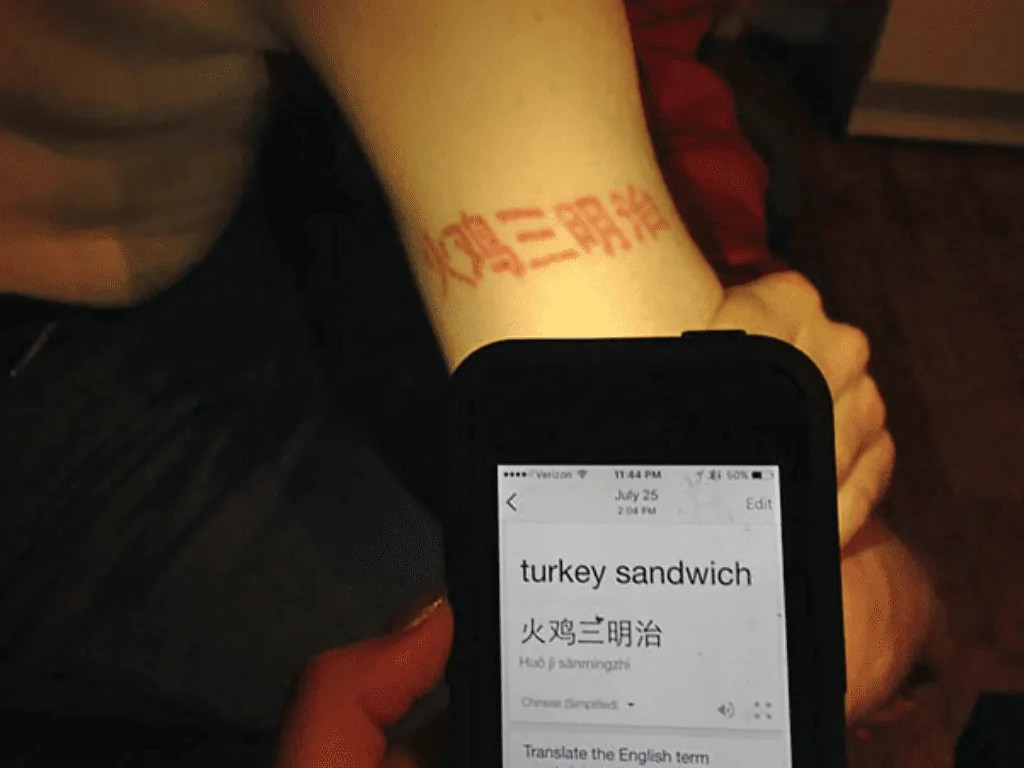 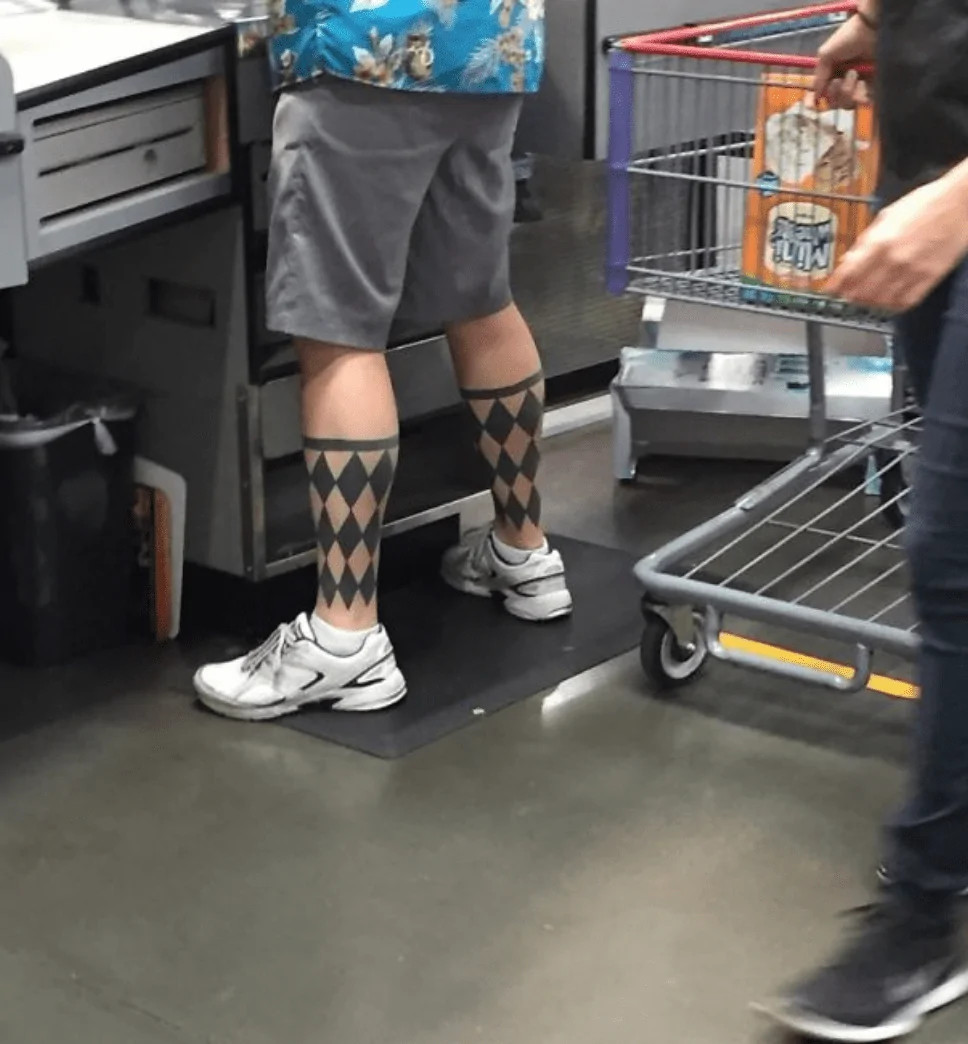 When you're a die-hard golfer, you go ahead and tattoo your argyle socks right onto your legs.

On the bright side, you'll never be turned away from the course for not having the right attire on.

On the other hand, people might question your judgment and your sanity. And the security might escort you off the property.

#22 The Girl With The Vegan Tattoo 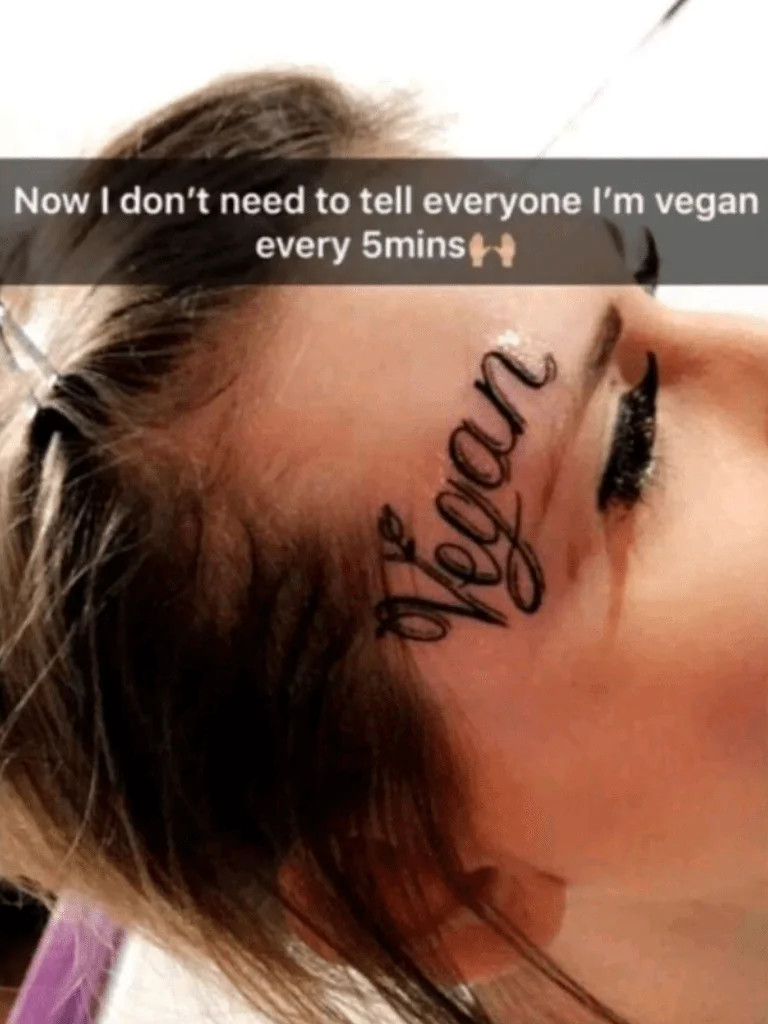