Moore has been in the business for over three decades and is covered in tattoos. Andreas got his first tattoo at 23, and now his whole body is wrapped in them. 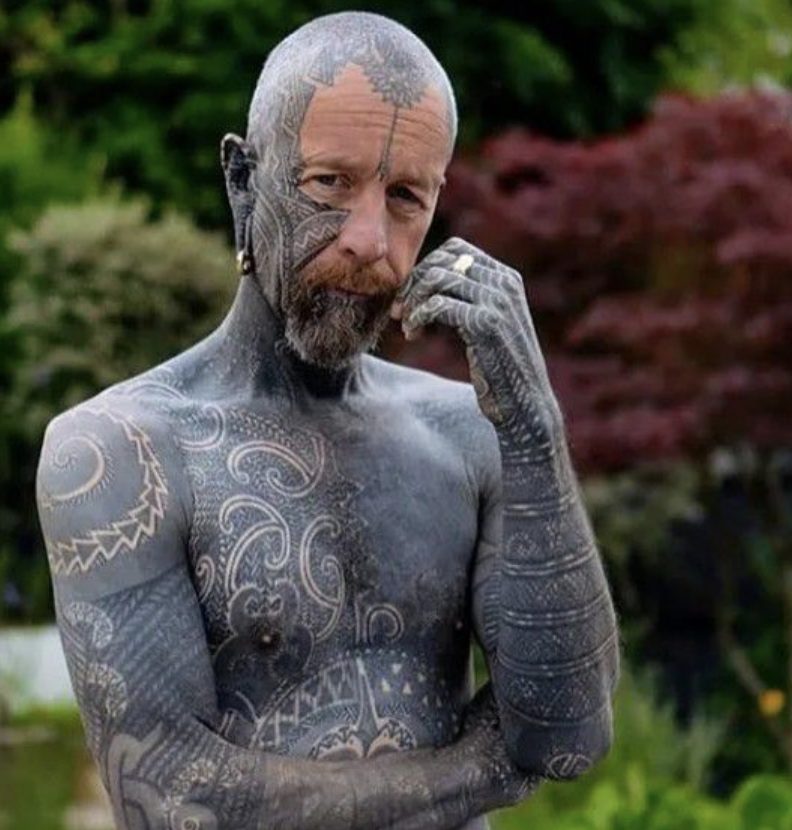 He specialized in "abstract freehand tattooing," based on tribal art from the whole world.

To cover his whole body with tattoos, Moore spent only 200 pounds, as he worked on it himself and by other artists.

"I have tattooed myself extensively, including a lot of work using two mirrors when necessary for areas like my ears and the back of my head. All my body is completely tattooed, except part of my face."

The artist saw many faces during his long career, but one bum will be forever with him.

While we might think it is funny, it is actually quite a disturbing incident, as Moore recalled:

"I had a customer who ejaculated when I tattooed him."

"I was tattooing his bum, and when it was finished, he got up, and the shop manager noticed an unpleasant deposit on the bench, which was weird and disturbing." 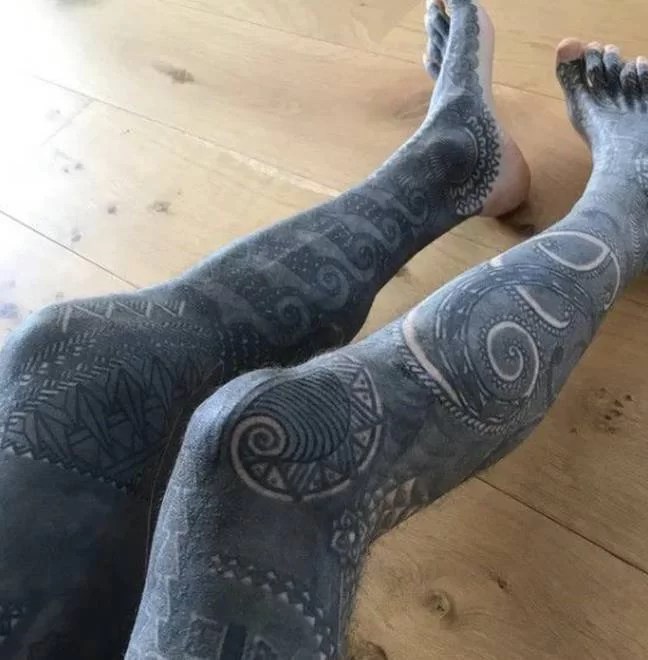 While most assume getting a tattoo is painful, this customer proved it could be something else.

It should be noted that not even an orgasm destroyed Moore's artwork.

The artist is a massive fan of not only tattoos but piercings, and by the mid-90s, he was almost recognizable. He did, however, remove many of the piercings.

He explained that he had no desire to "fit in with Joe public" and had an "urge to appear socially unacceptable." Moore noticed that the ink is getting more acceptable and has lost some of its "slightly dark and backstreet appeal."

He still believes tattoos are "not for everyone," as he admitted that some of his family members are not thrilled about his looks. 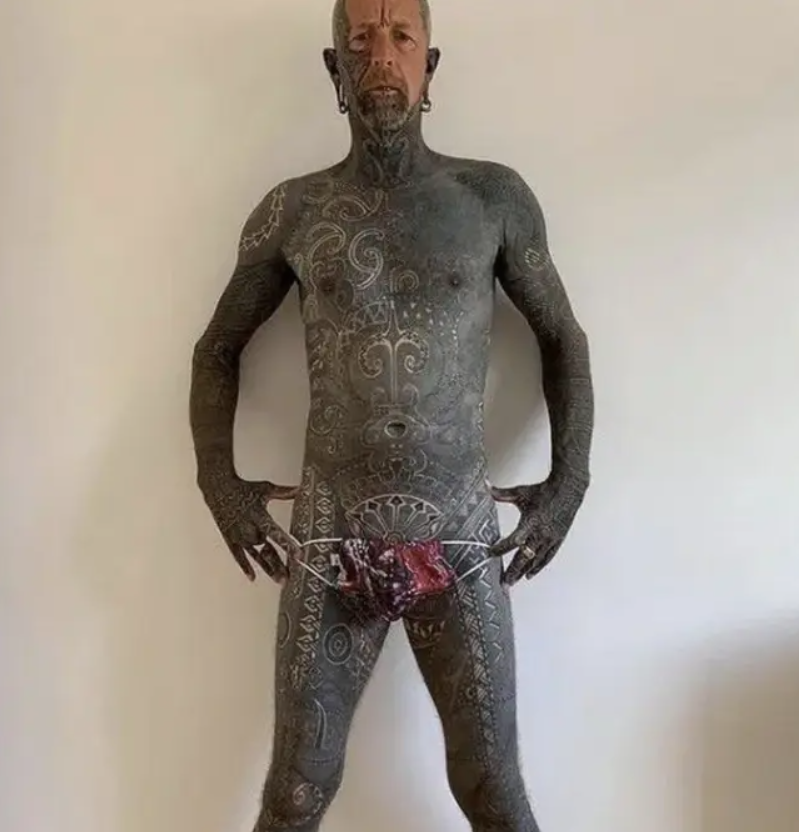 Further, the artist was a target of "keyboard warriors," but he was not worried:

"I am pleased to have tattooed a number of full body suits and some fairly extreme tattoos. I feel much less urgency to get tattooed, but I still get satisfaction from working on myself and others, so I will continue to do so while I can."

"Life is short, often pretty grim, so be kind but do what you want before it's too late."